My husband started off the show by doing the 2’3″ – 2’6″ jump off class with Levi. Levi was already warmed up, so we didn’t go back to the warm up ring (the footing in there was really wet and deep). Thus, Levi didn’t realize the jumps had gotten bigger until about this moment: 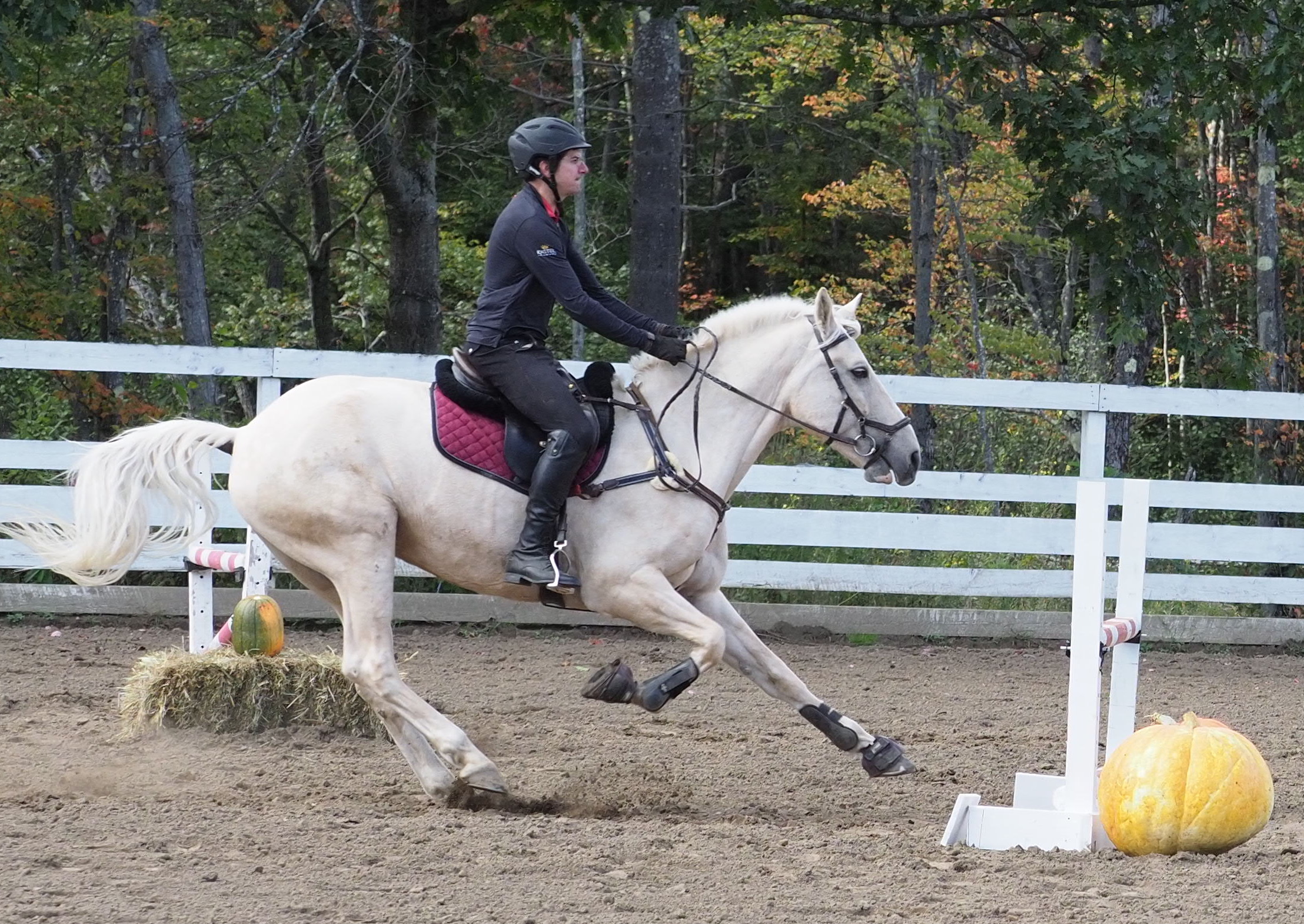 But don’t worry, Levi is spectacularly talented at jumping: 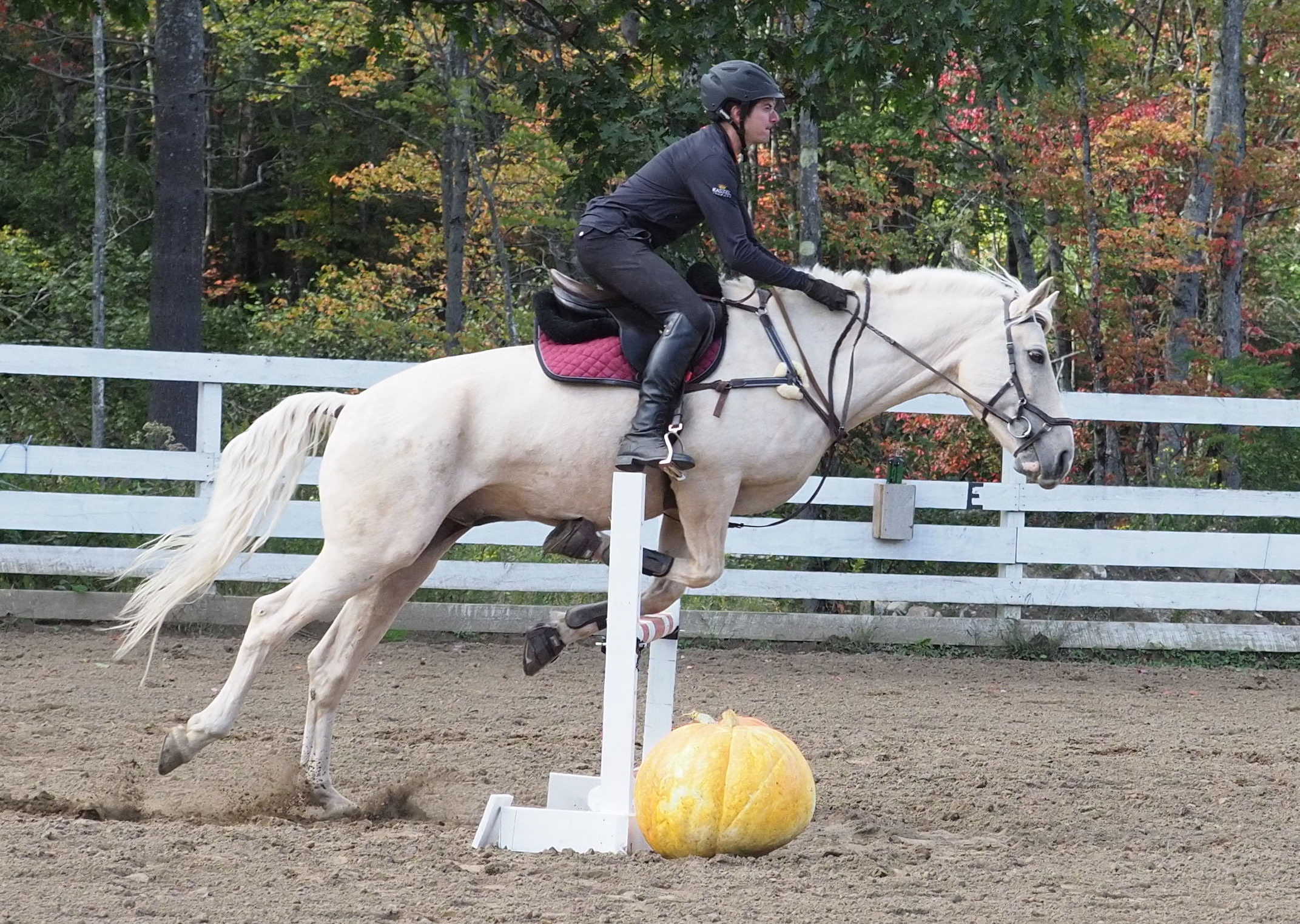 His front hoof is literally touching his belly. My husband actually did a pretty credible job of staying balanced and out of Levi’s way. The jump even stayed up! Once Levi realized the jumps were bigger, they did much better: 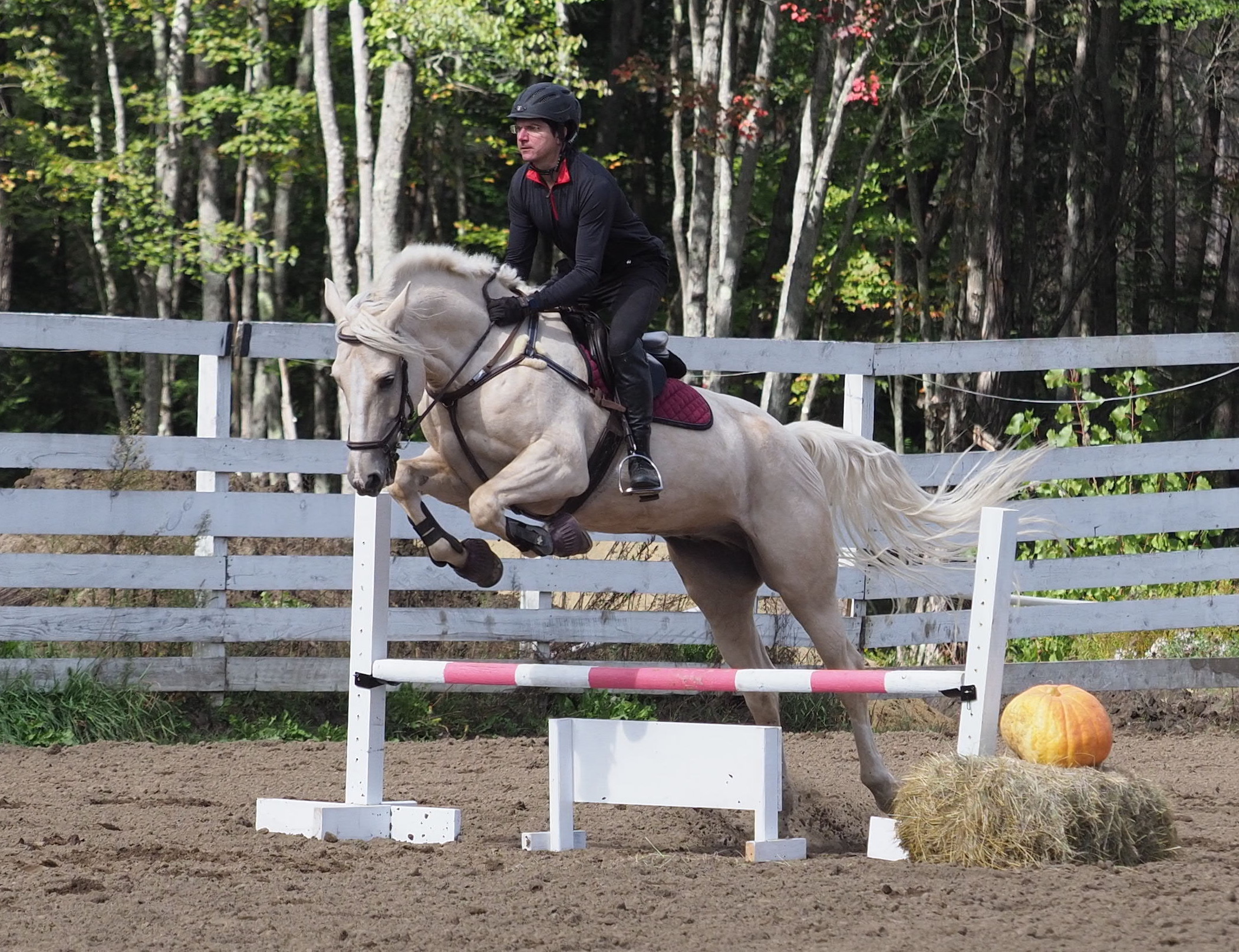 Levi: “Why didn’t someone just tell me the jumps were bigger.”

Even though I told my husband to go slow and work on jumping skills and not trying to win, Levi was still in his whole speed racer mode and clobbered the next jump. I know that Levi needs work on forward and speed, but he still loves to get as close as possible to the base before jumping and he can’t always contort himself to clear when the jumps get bigger. 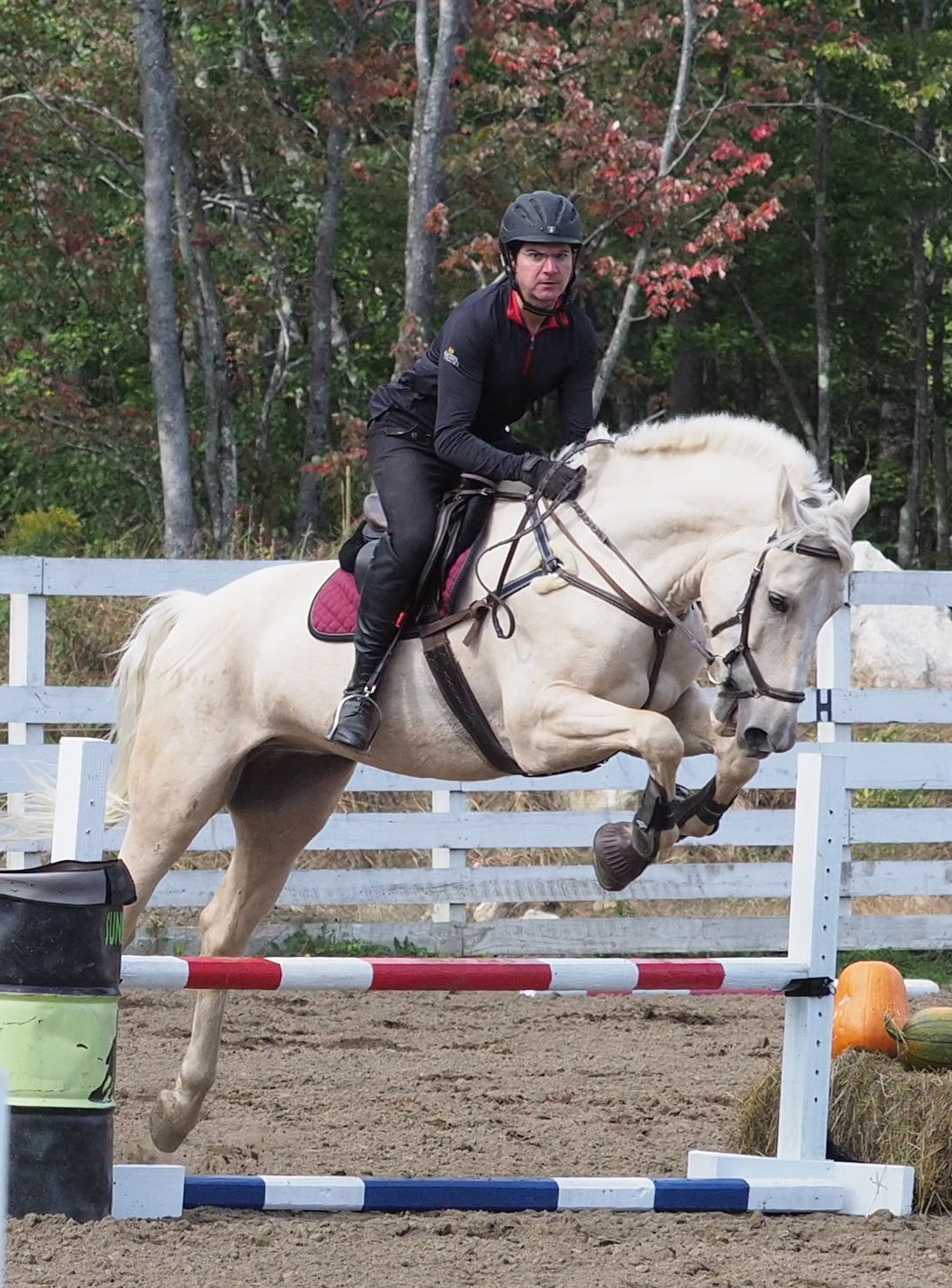 The last jump of the course was the one they had knocked down in reverse. My husband decided to jump it anyway. I messed up the zoom and cut half of it off, but let’s all admire Levis dramatic reaction to the jump not looking like it should: 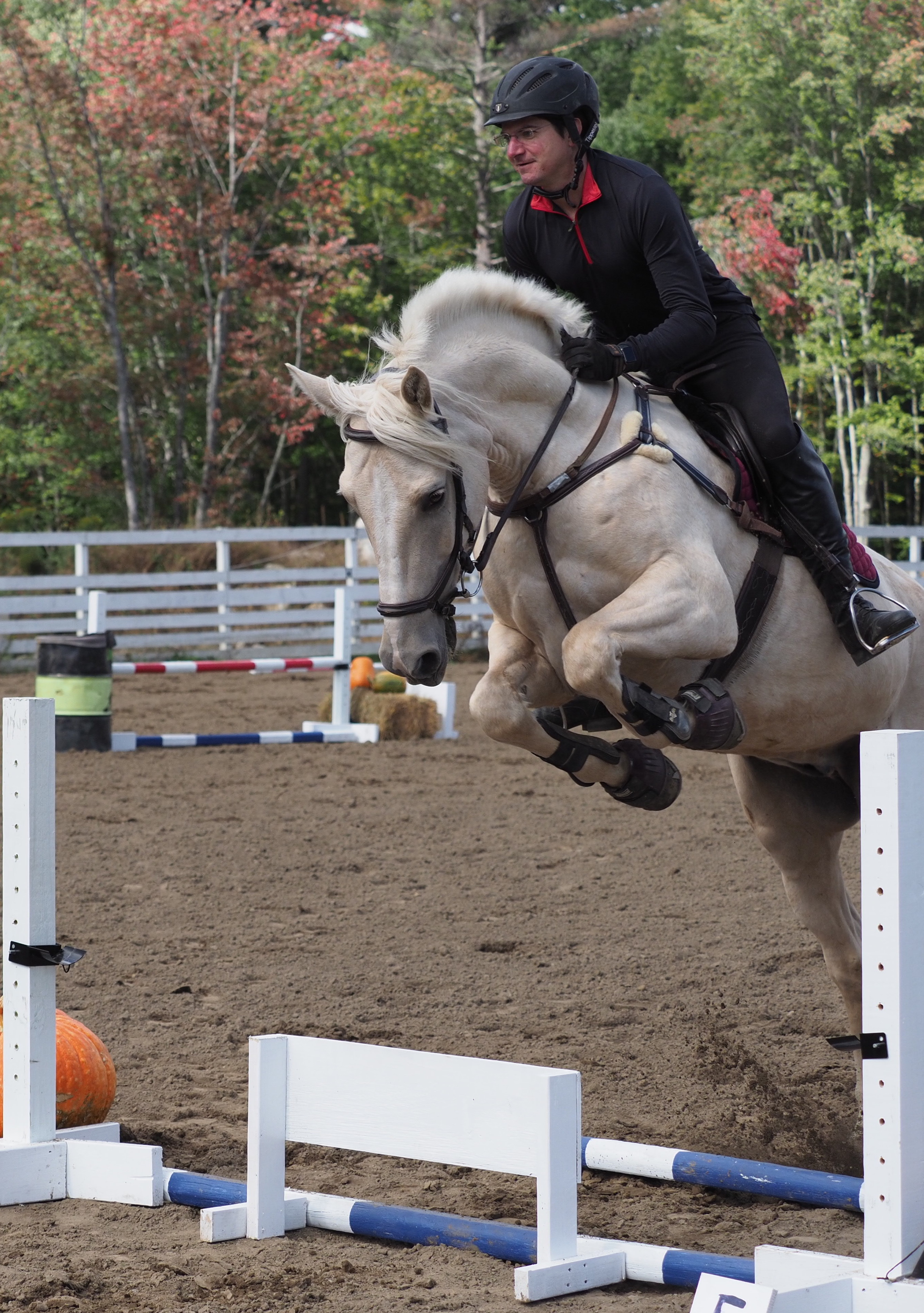 Levi: “I gotta keep my eye on this” 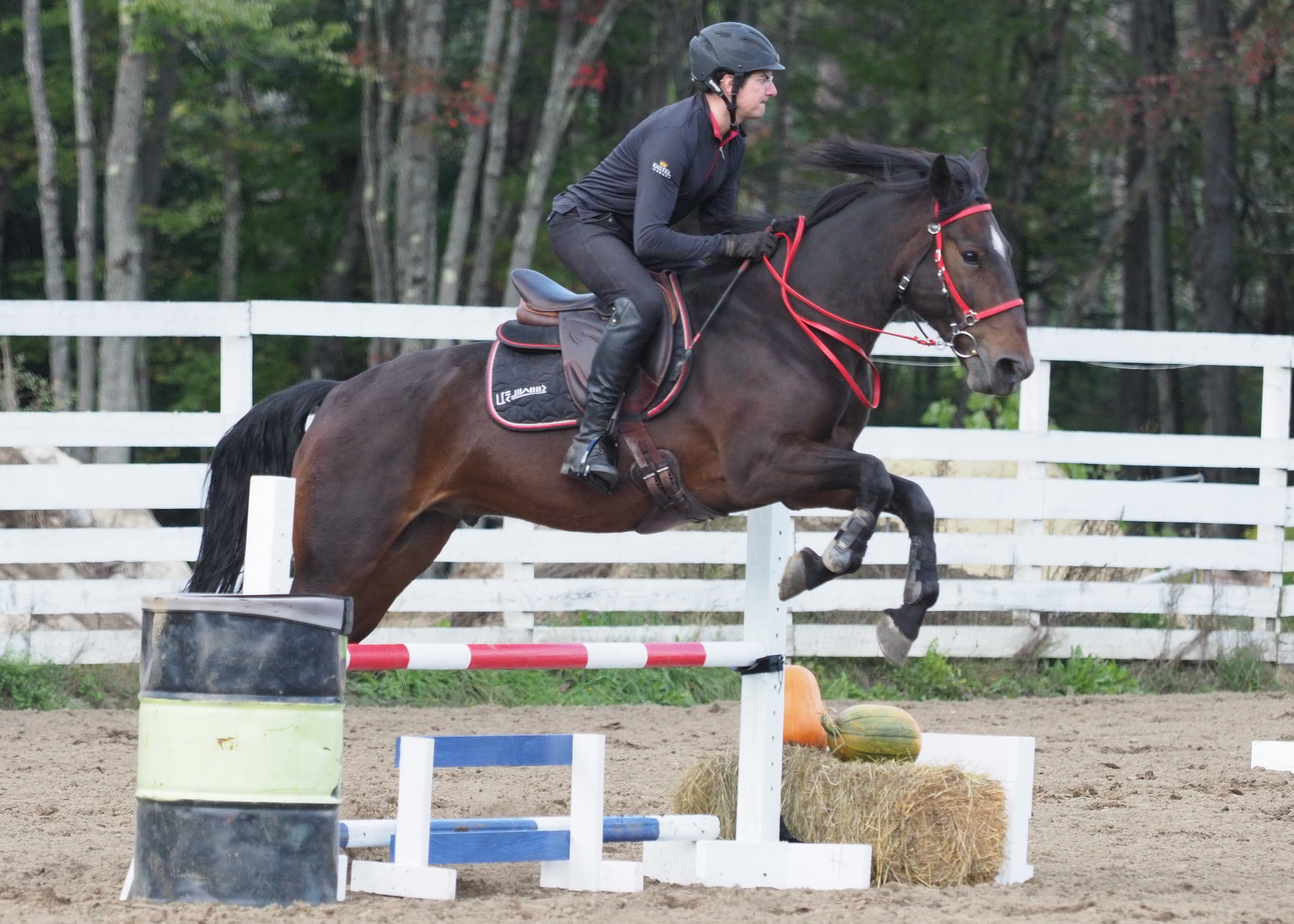 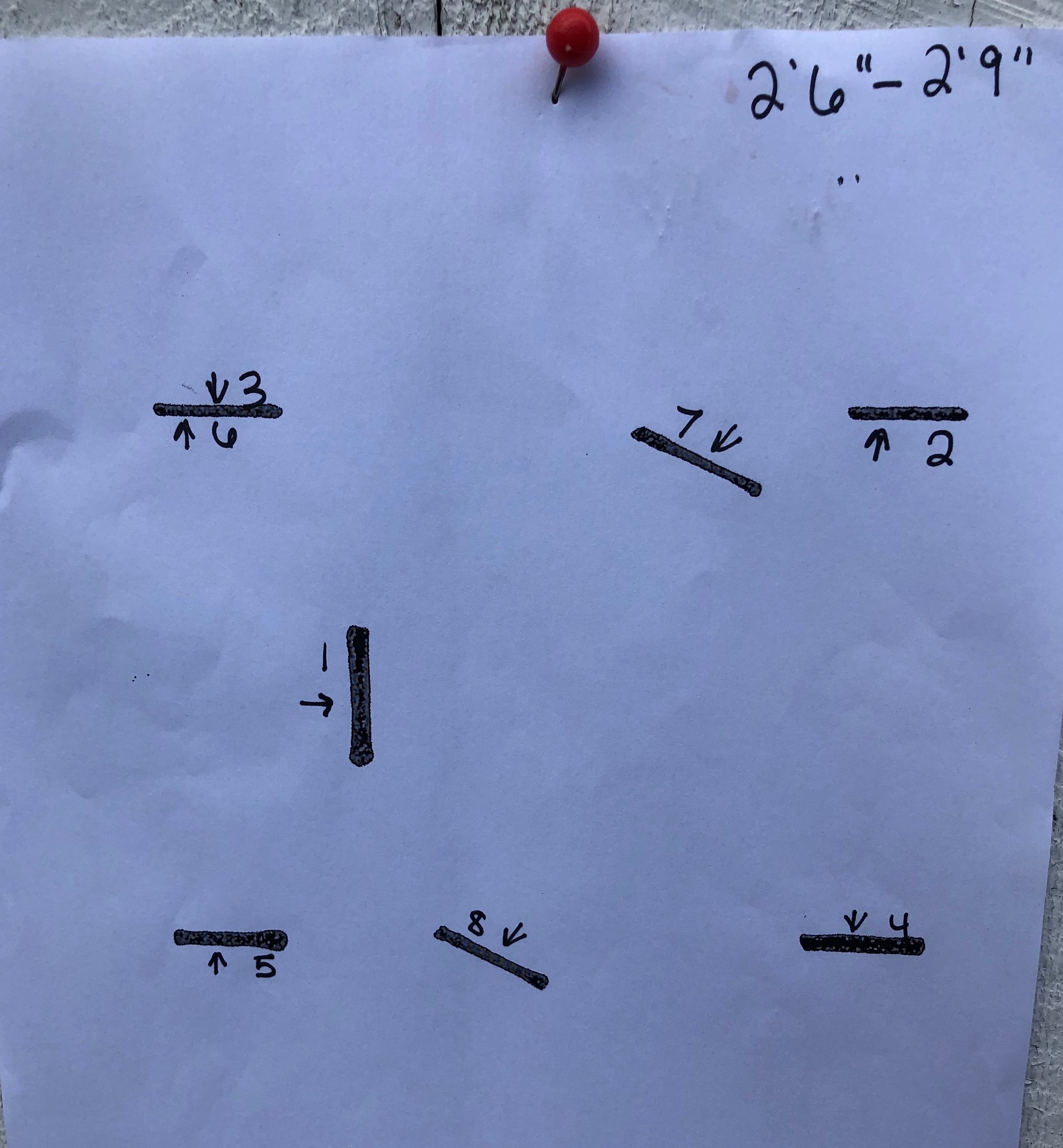 The lines from 3 to 4 with #1 in the way was a little tricky and my husband went around #1 instead of turning before it which left them with no room to straighten out before jump #4. 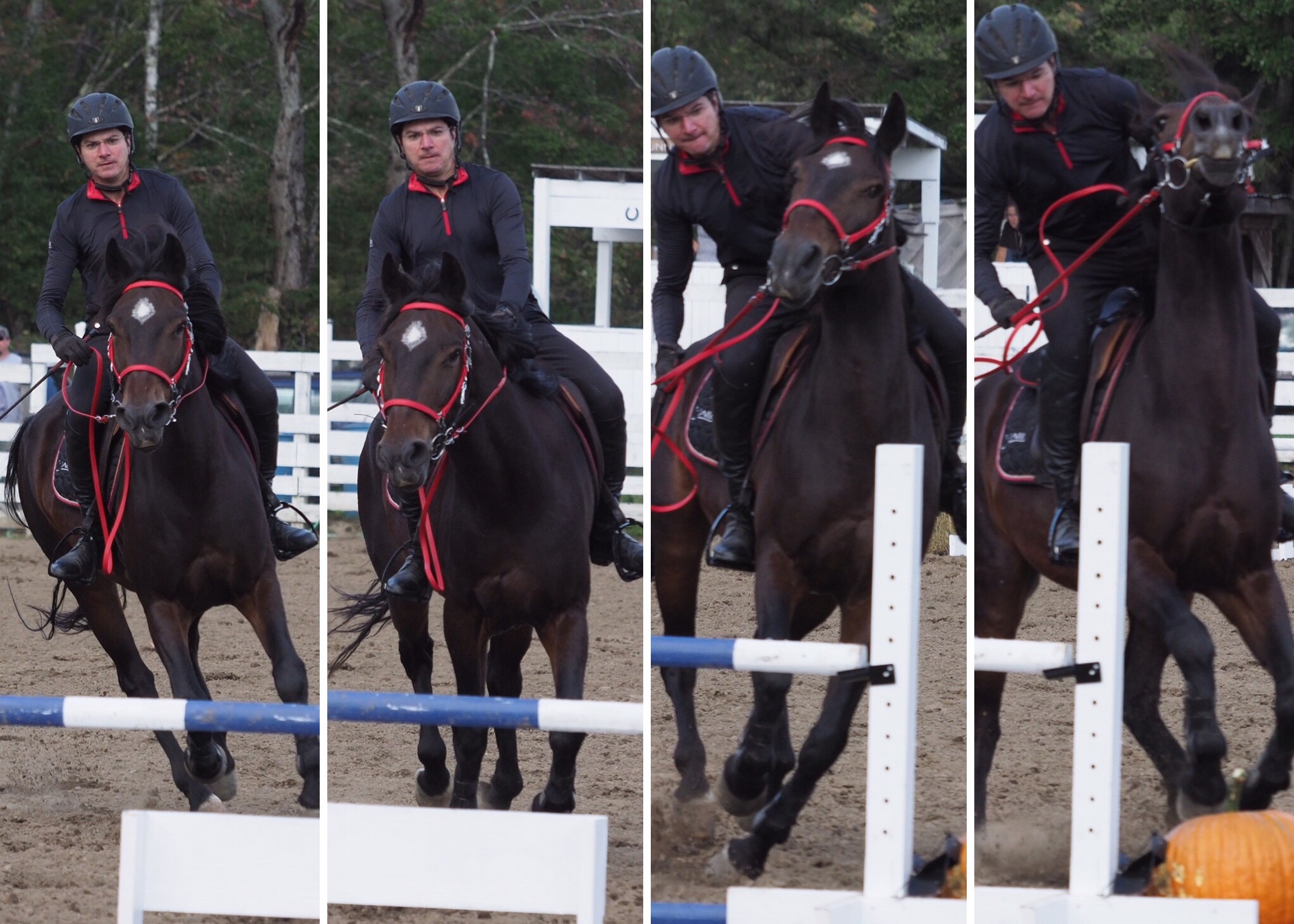 A quick circle and they were back for Eugene to snooze over it. 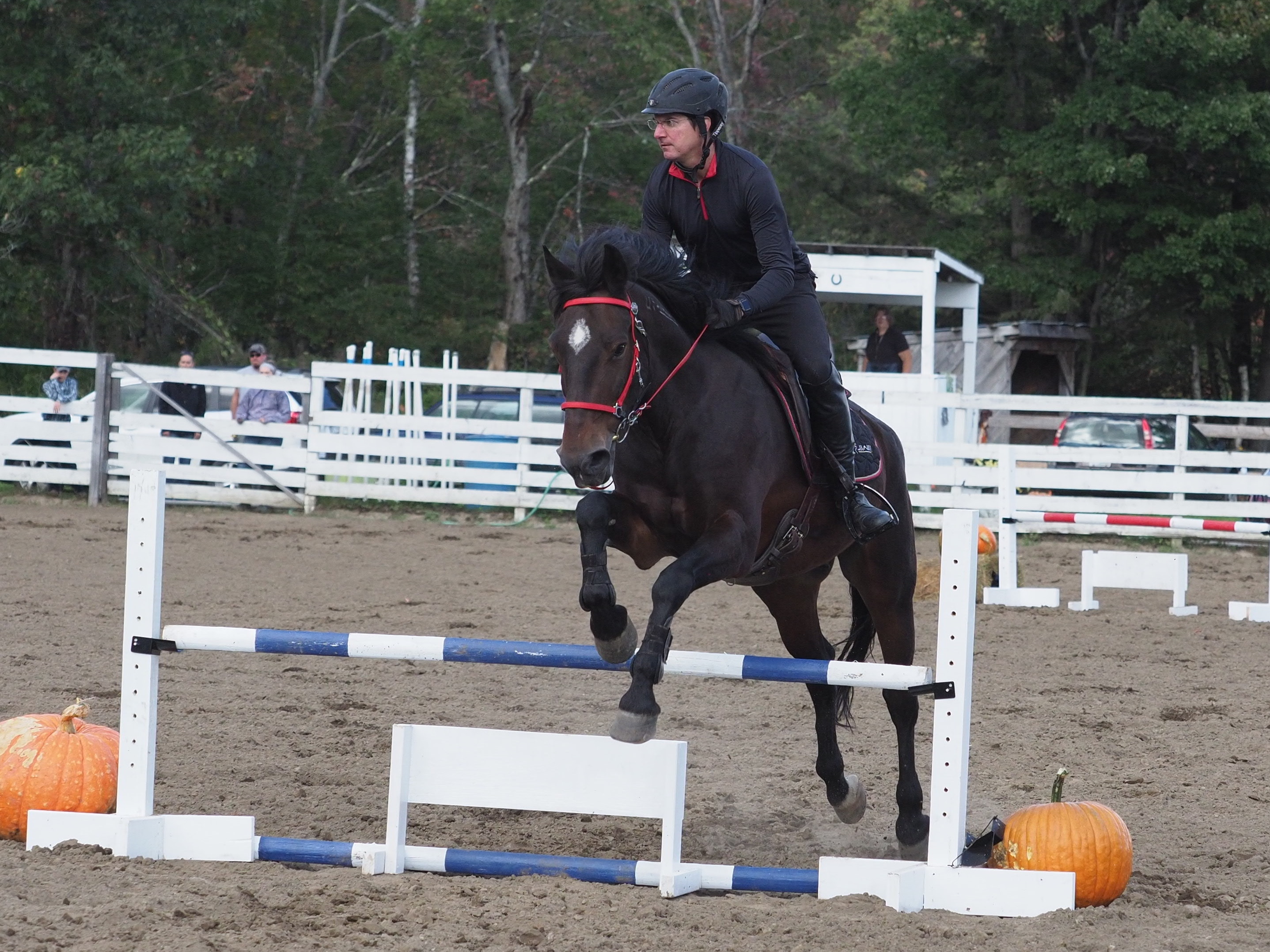 I feel like this photo from after that round pretty accurately sums up their feelings on how well it went: 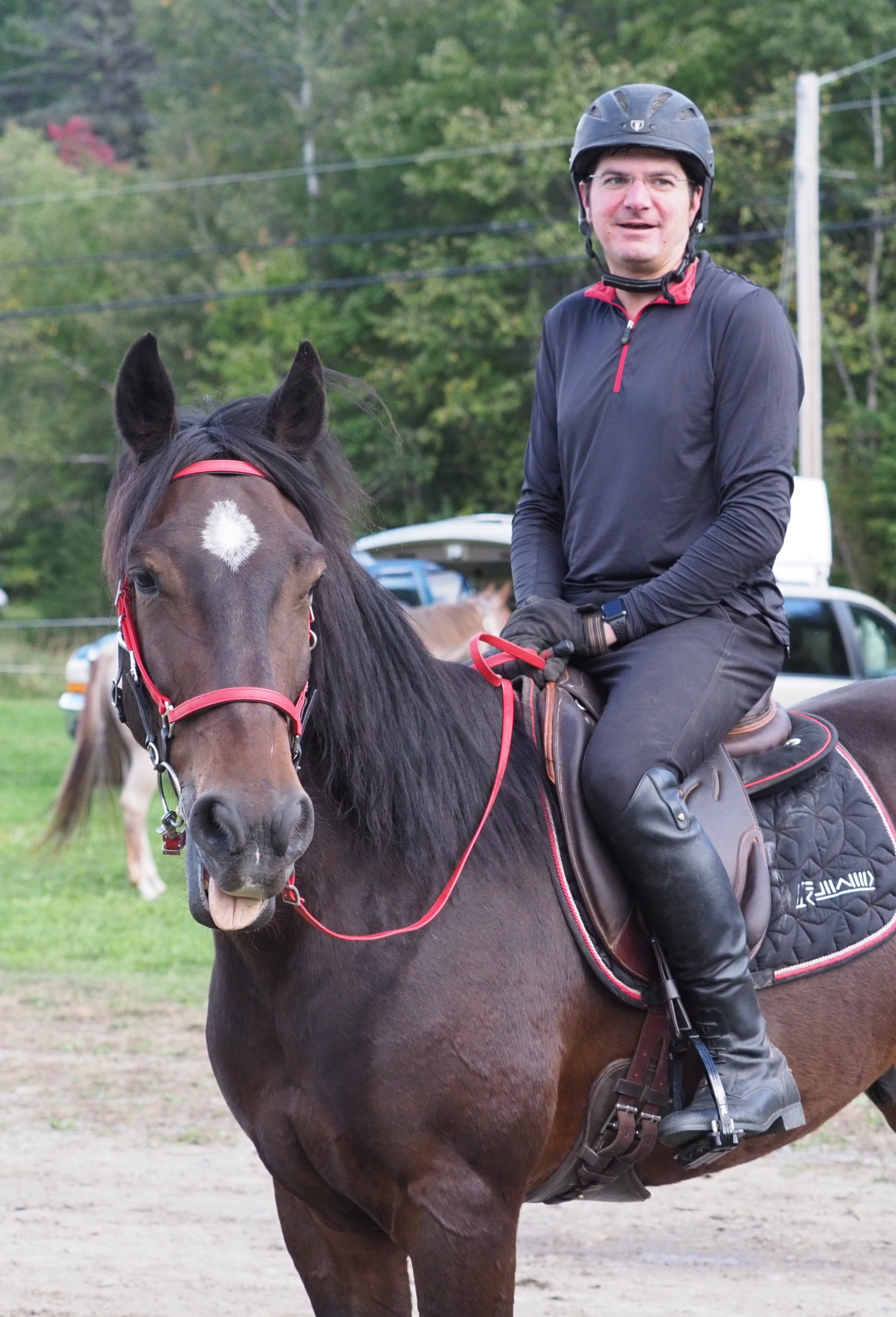 The next round was the jump off class. It was the same course for the first 8 and then 4 additional jumps as the jump off if you went clear. While the only other person in his division was going, we discussed doing the #3 to #4 bending line by turning before #1 so they could go straight to #4. Instead, they went in and did this: 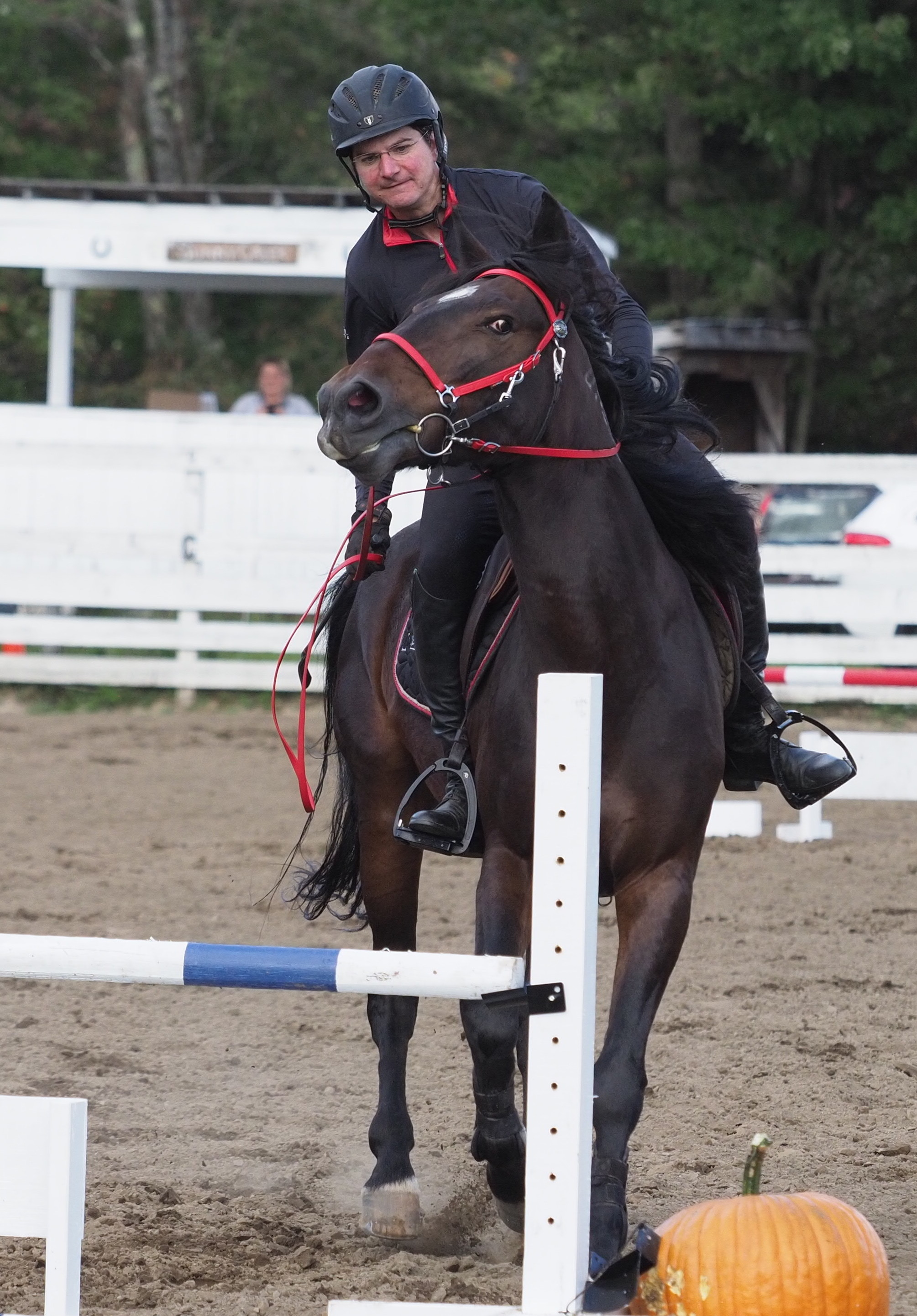 They circled and represented and it was fine, but then they went around to #5 and Eugene seemed to have learned that refusing was an option and pulled another. 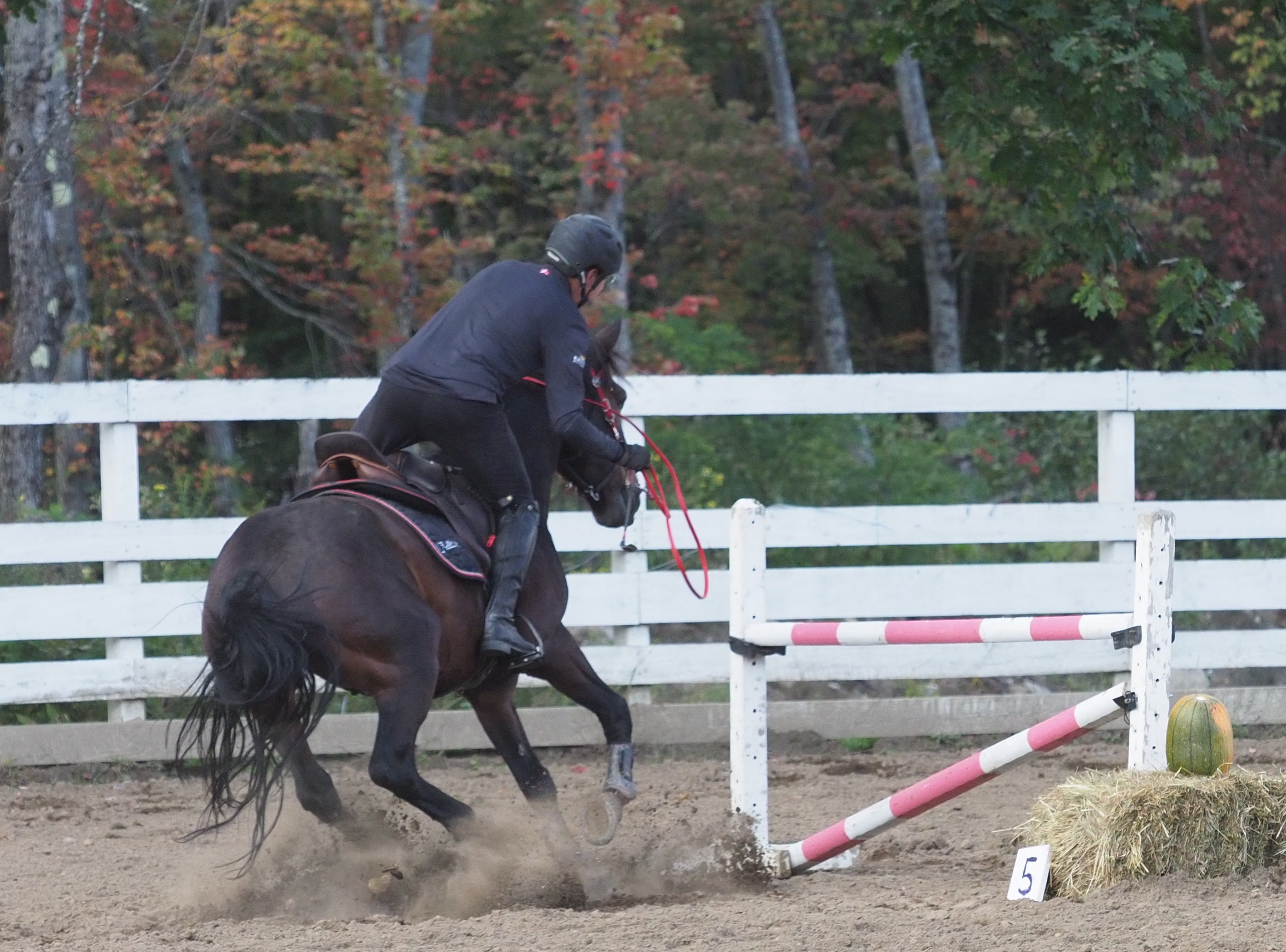 Another circle and re-present and they were over just fine: 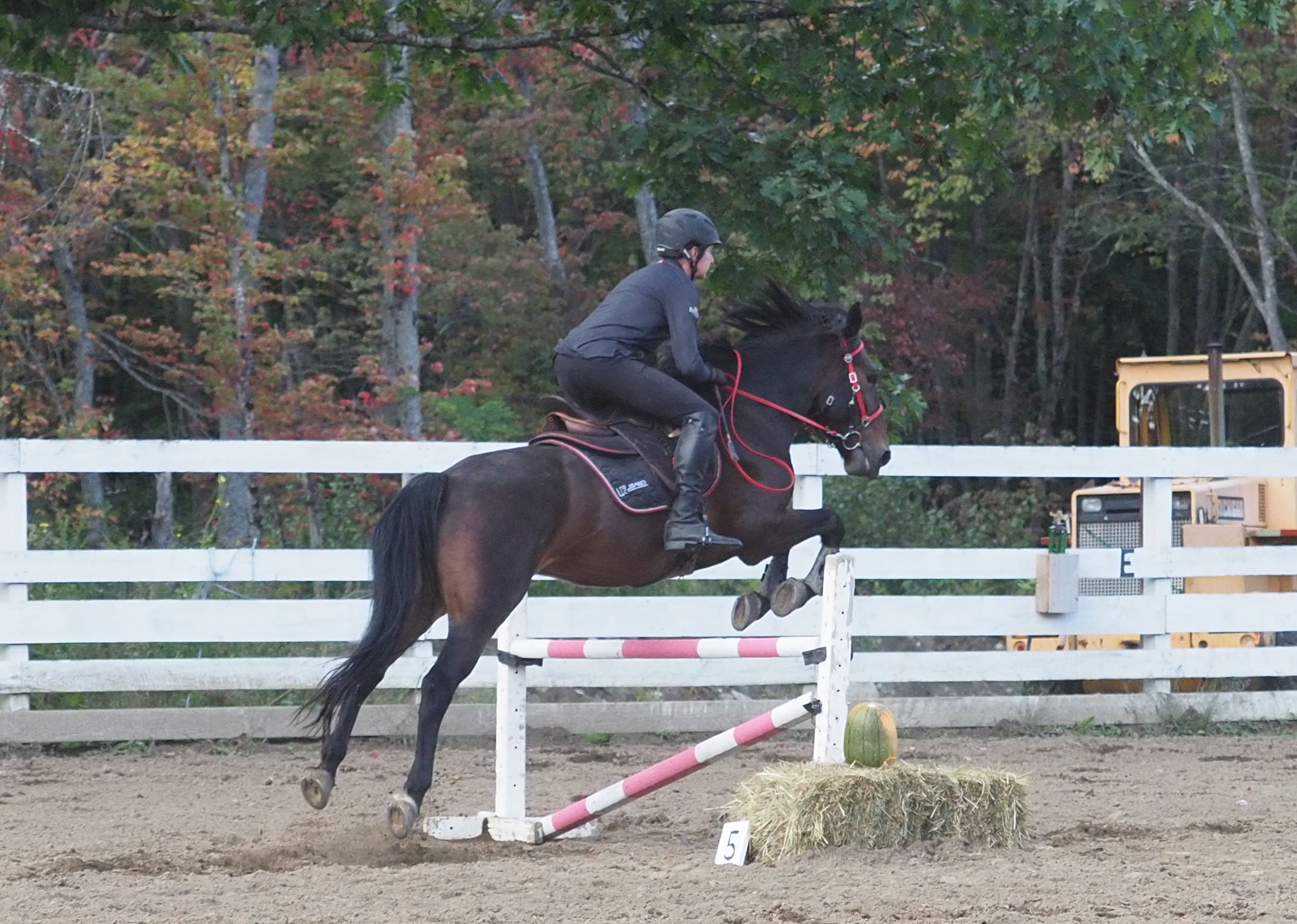 Next up was he 2’9″-3′ division, which was a division of one! The first round went well; they even got over their bogey jump on the first try. Despite all the issues at 2’6″, Eugene went in and rocked around the 2’9″ course without an issue. 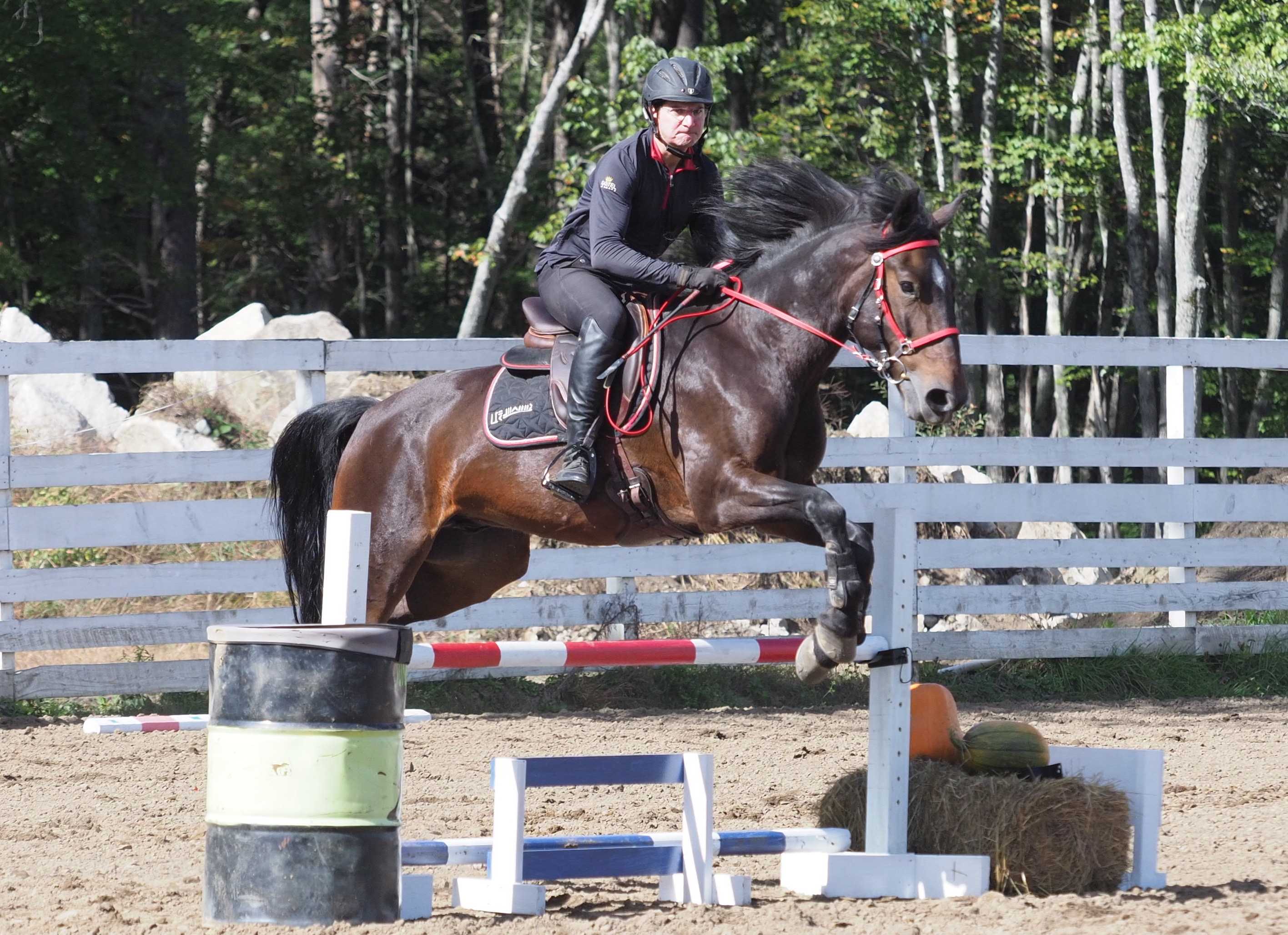 There was no one else in the division so he just walked around for a few minutes to let Eugene breathe and then started their jump off class. Eugene decided to start it off with an unexpected long spot: 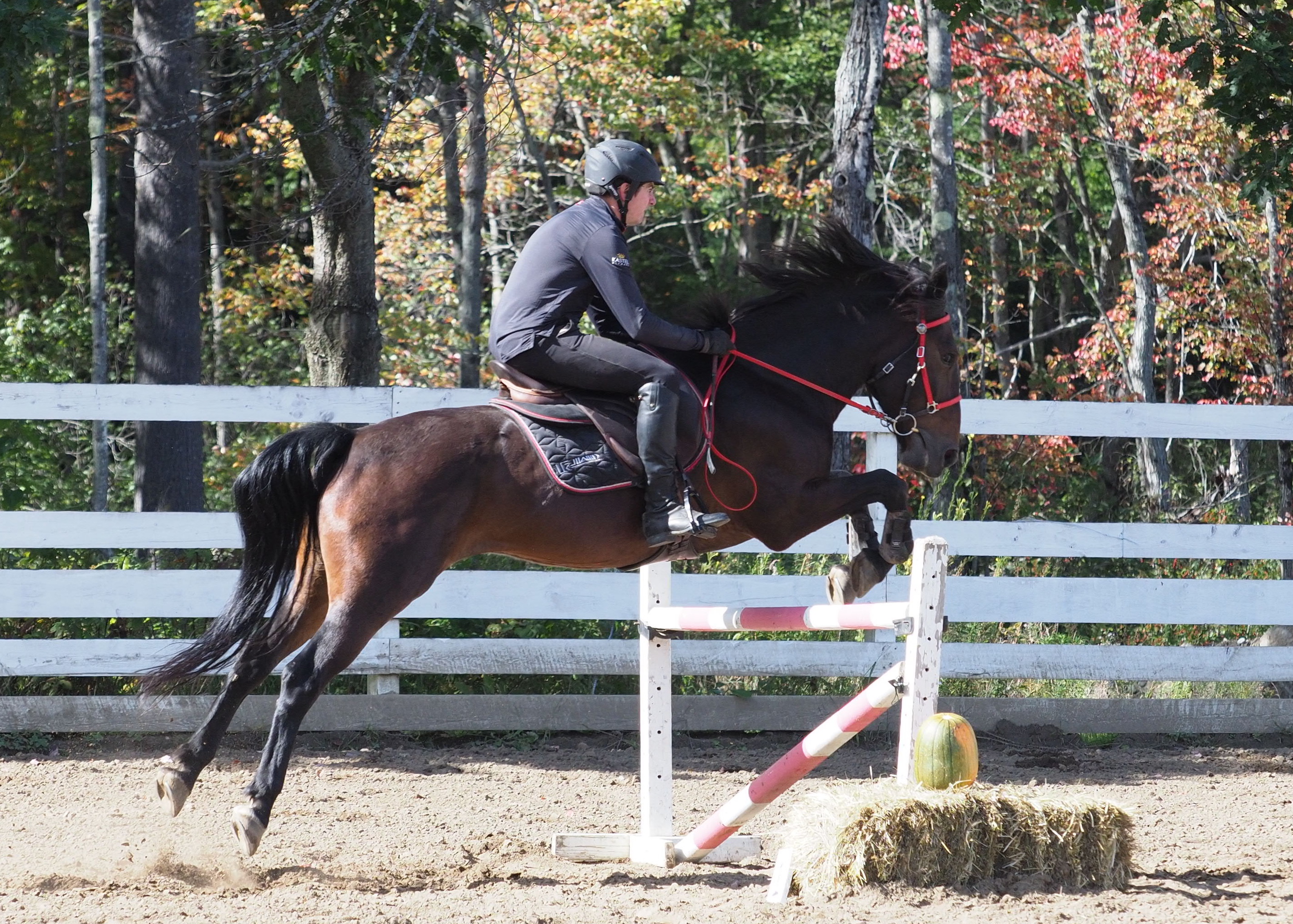 Although the 2’9″ course was different than the 2’6″ course, as with the other divisions, the second course was the same as the first, just with an added jump off. Despite having done that course just minutes earlier, my husband proceeded to go off course by jumping the wrong jump. Because it was a schooling show, they let him finish the round, but no jump off. 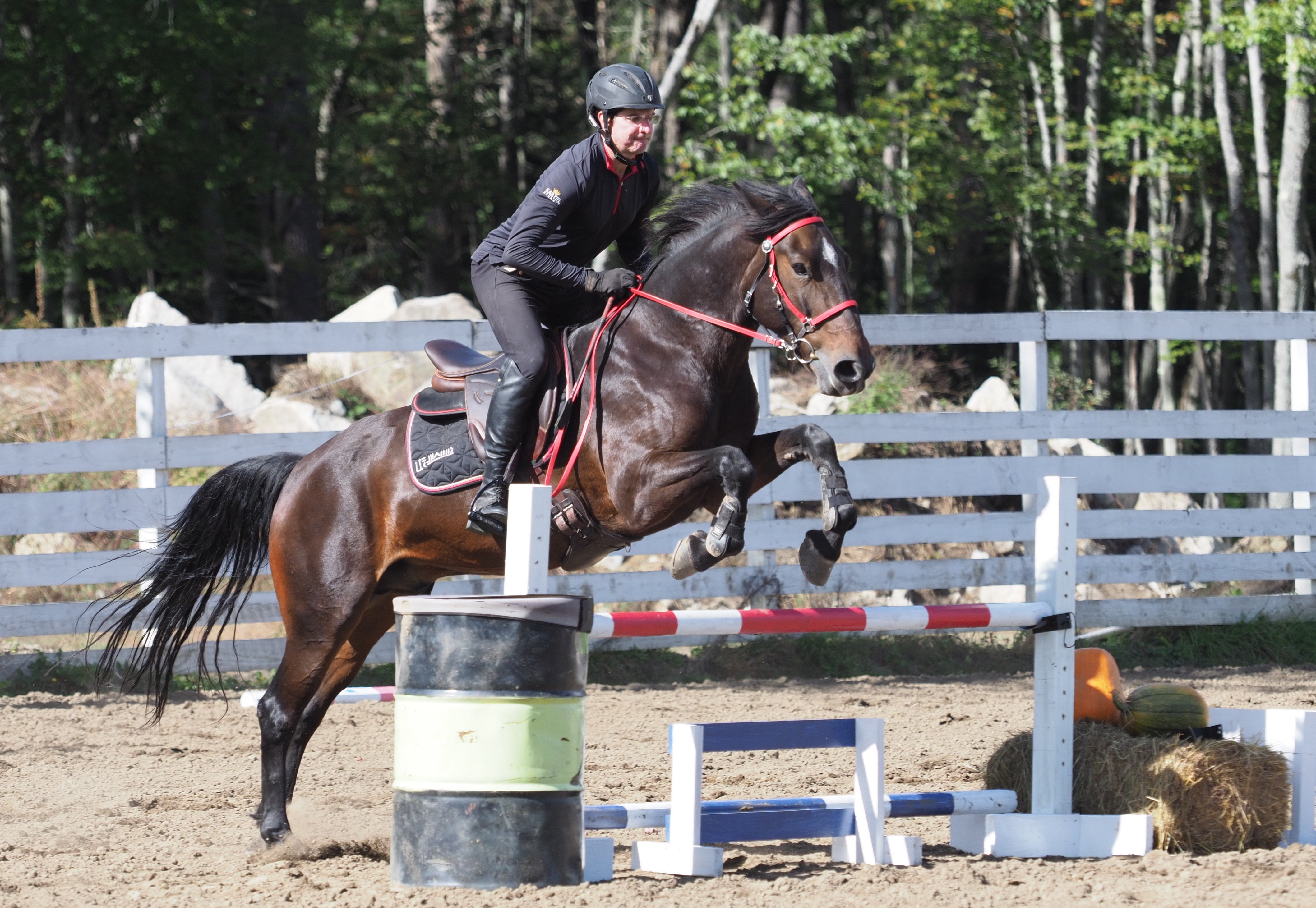 I couldn’t believe he got lost. It was the exact same course as the previous round! It didn’t matter though; they still go to practice the course and they even won champion for being the only one in the division. Overall, it was a good schooling experience for everyone.