On Saturday, we woke up and had our breakfast while the ponies ate theirs. One of the nice things about having the whole equestrian campground to ourselves and far away from the rest of the campground was all the wildlife we saw. As we were getting ready, I spotted two marmots hanging out on the rocks near the horses. 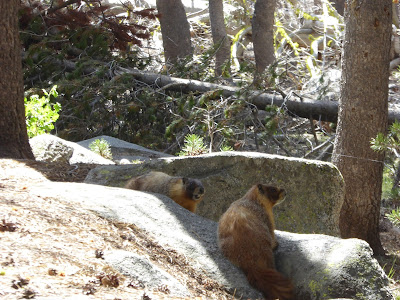 Our plan was to ride out to Ostrander Lake. This was theoretically a 12 mile ride, but once again the maps and trail signs lied and it ended up being a 14.8 mile ride. It was also quite a climb. We want from 7000′ to 8500′. The ponies were huffing and puffing the whole way up the climb so we walked most of the ride. It was a gorgeous trail though. The first half was through pine forests along the creek. Then we started to climb toward the lake. The trail got rough in a few places along this part. 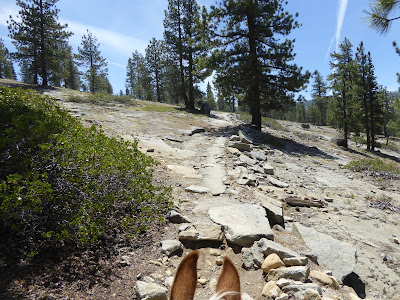 As we were riding along these trails I thought a lot about how good our horses are and also how good trail riding is for teaching horses to deal with new things. I’ve read a lot of stories where people struggle with their horses doing ditches or banks. We went over so many natural banks on this trip. Usually small rock or log steps, but at one point we had to jump about 2 feet up from a creek onto the trail. Nilla just walked over, shifted her weight back, and popped up so nicely. We also crossed quite a few ditches.

I’m very happy that our horses were capable of handling all of this. This isn’t to say that our horses are perfect. On Friday, Nilla barged off trail and consequently got legs caught in wire. She also injures herself in the trailer. Shasta is a bitch. So it’s not all rainbows and butterflies, but I was incredibly impressed with them on this trip.

Anyway, we made it up to the lake and stopped for lunch. Ostrander Lake was a gorgeous, clear, alpine lake set into a granite cliffside.

The lake also has a cool Ski Hut that you can ski to in the winter when the trails are covered in feet of snow. It seemed like a pretty long and hard climb to me, but I don’t do cross country skiing, so what do I know… 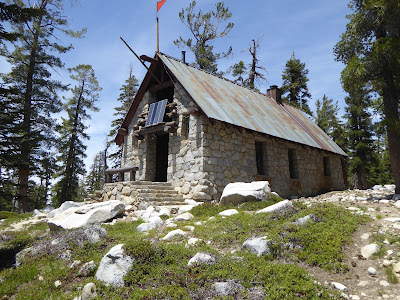 On the way back down we left the trail for a bit to go out and see the view of Mt. Starr King and the Clark Range from the ridge. 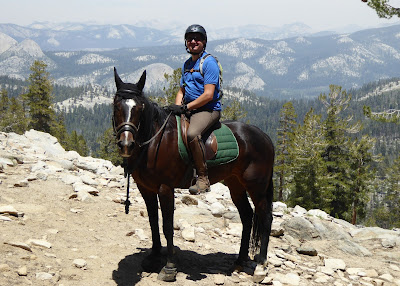 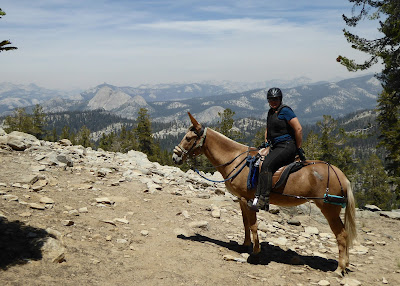 On our way down, we passed some hikers who warned us they had seen a bear up ahead. We proceeded carefully because our horses have never seen a bear and I was worried that all the trail skills I had just been congratulating them on having were going to be thrown out the window as they panicked and bolted through the first to escape a bear. Fortunately, we did not see any bears.

We got back to the camp site and gave the ponies showers before showering ourselves. Nilla figured out how to roll while on the HieTie.

My husband took the truck to the camp store to fill up on gas so that we wouldn’t have to do it with the trailer attached the next day. While he was gone, the ponies got some grazing time. Nilla was able to have hobbles on and just wandered around the whole campsite eating any grass she could find. Shasta was convinced the hobbles meant she couldn’t walk and would just stand there looking punished so she had to stay at the HieTie. 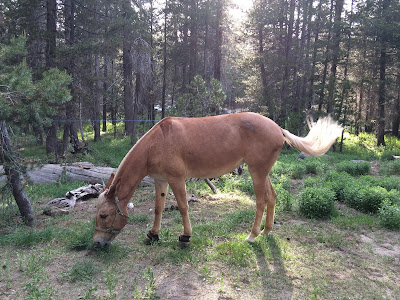 Dinner was stuffed cheesy bread and corn on the cob. Then we had more s’mores and then went to the truck to finish our movie. All in all, another awesome day at Yosemite.