Because of our impending move, my 2018 goals were a bit sparse and honestly I’ve not done the best job of achieving them. However, looking back at the post did remind me about some things I need to work on again in 2019. 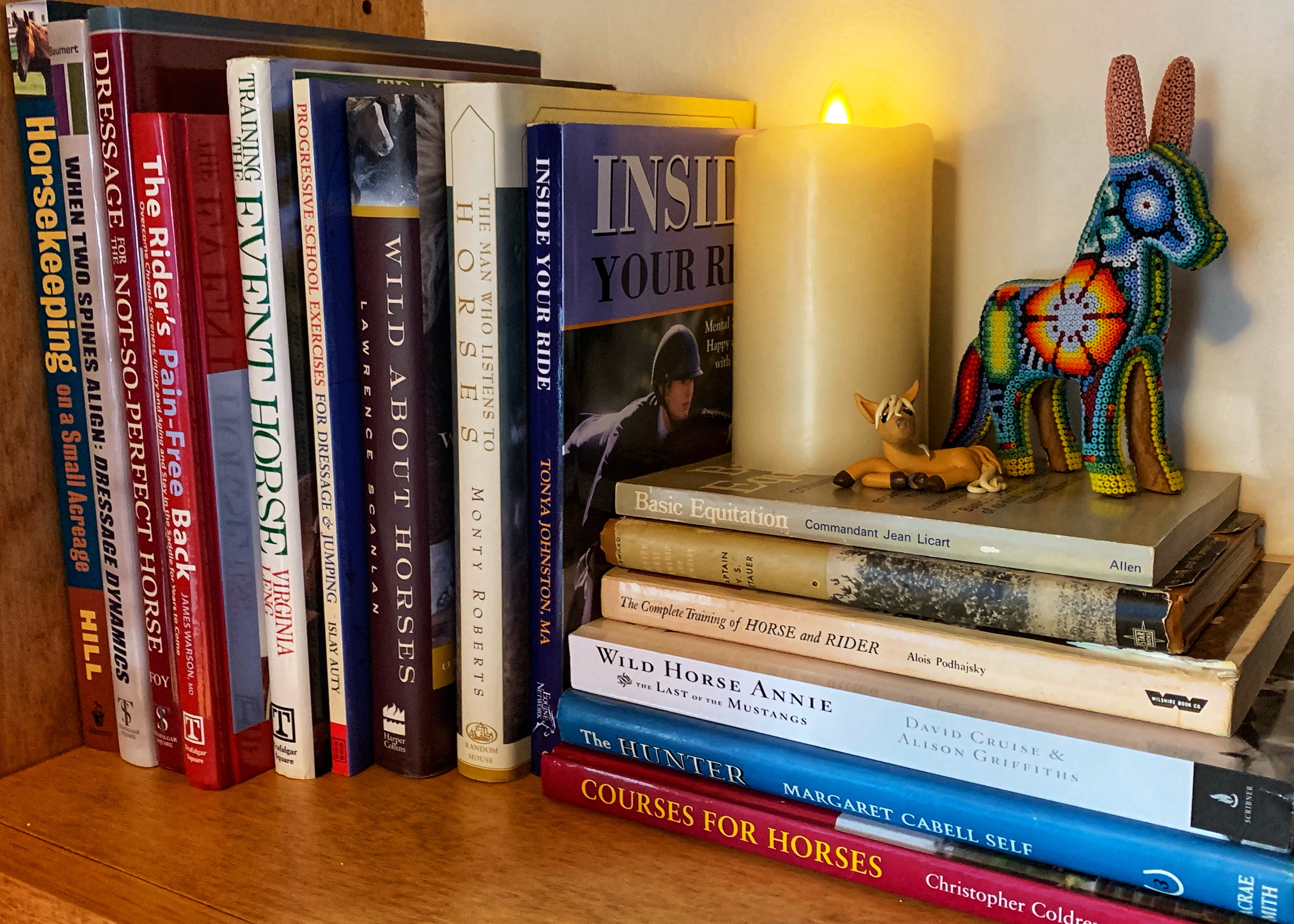 I set my GoodReads goal at 75, but I hoped to read 125+ books in 2018. I made it to 130, which is generally a success, but the quantity wasn’t the whole point. I wrote in my goal post “the total number of books isn’t really my goal though; I just want to spend more time reading real books instead of wasting time online.” I was really good about that before the move, but after the move I was so busy that sitting down with a book seemed like too much and I would decide to just look at Instagram for a “few minutes.” I need to get back on this goal in 2019. 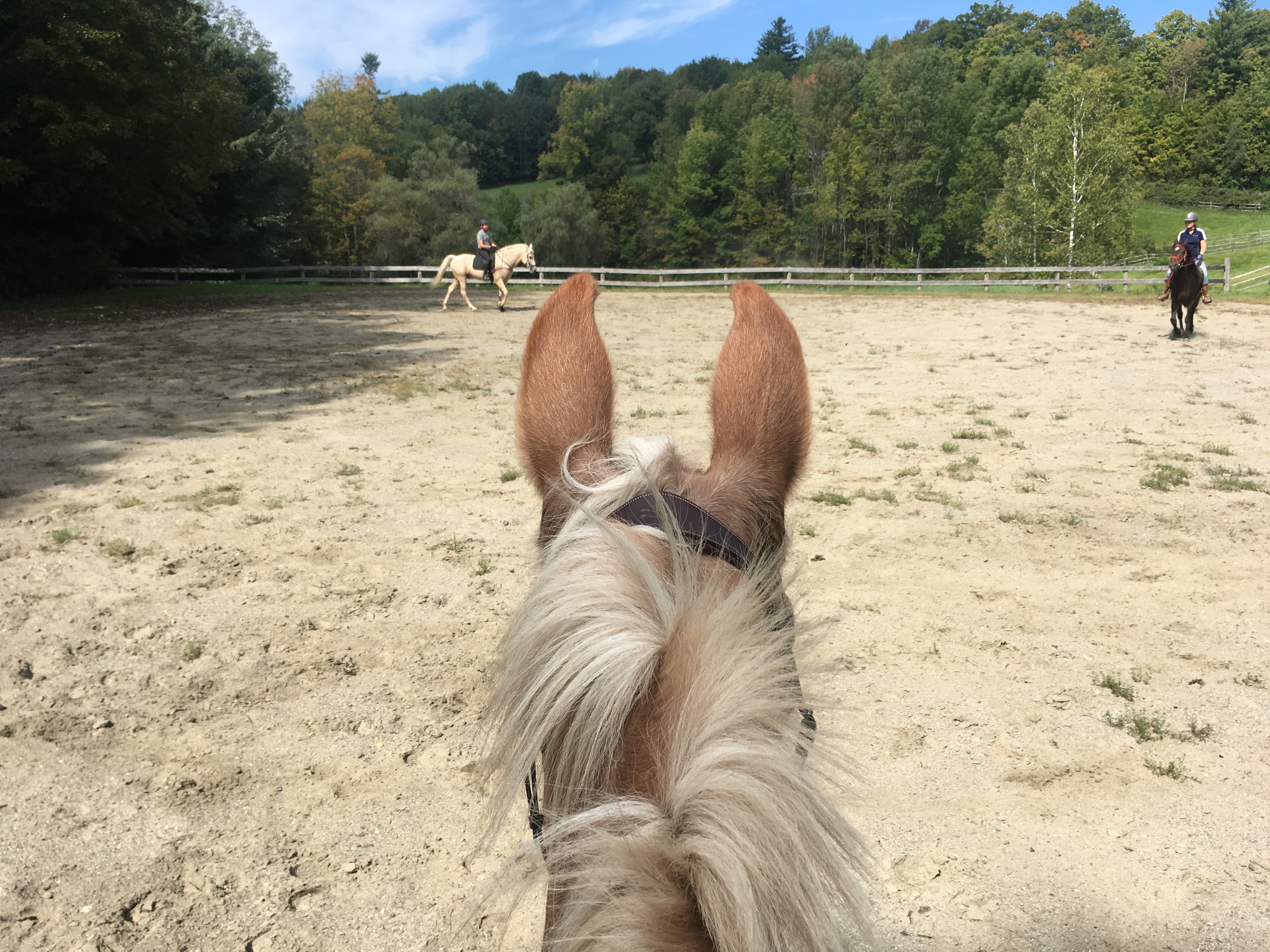 “It’d be cool if we could make it to 2019 without any more injuries.” Well, that was a big, fat fail. She re-injured herself in January of 2018, had until August off and was declared 100% healed and ready to return to work then. She did well with rehab work before the snow put a halt to all riding. She turned up with swelling in the suspensory area again a few weeks ago. My best guess is she slipped on the ice. We’ll see what she looks like in the spring.

✔ Figure out what to do with Levi

“Hopefully by the end of the year either I’ll have found a way to enjoy him or found someone else to enjoy him.”

I think this was mostly a success. We went through another period where I seriously contemplated selling him. He can be the biggest *sshole sometimes. But when he’s good, he’s so freaking good. We’ll see what 2019 brings. 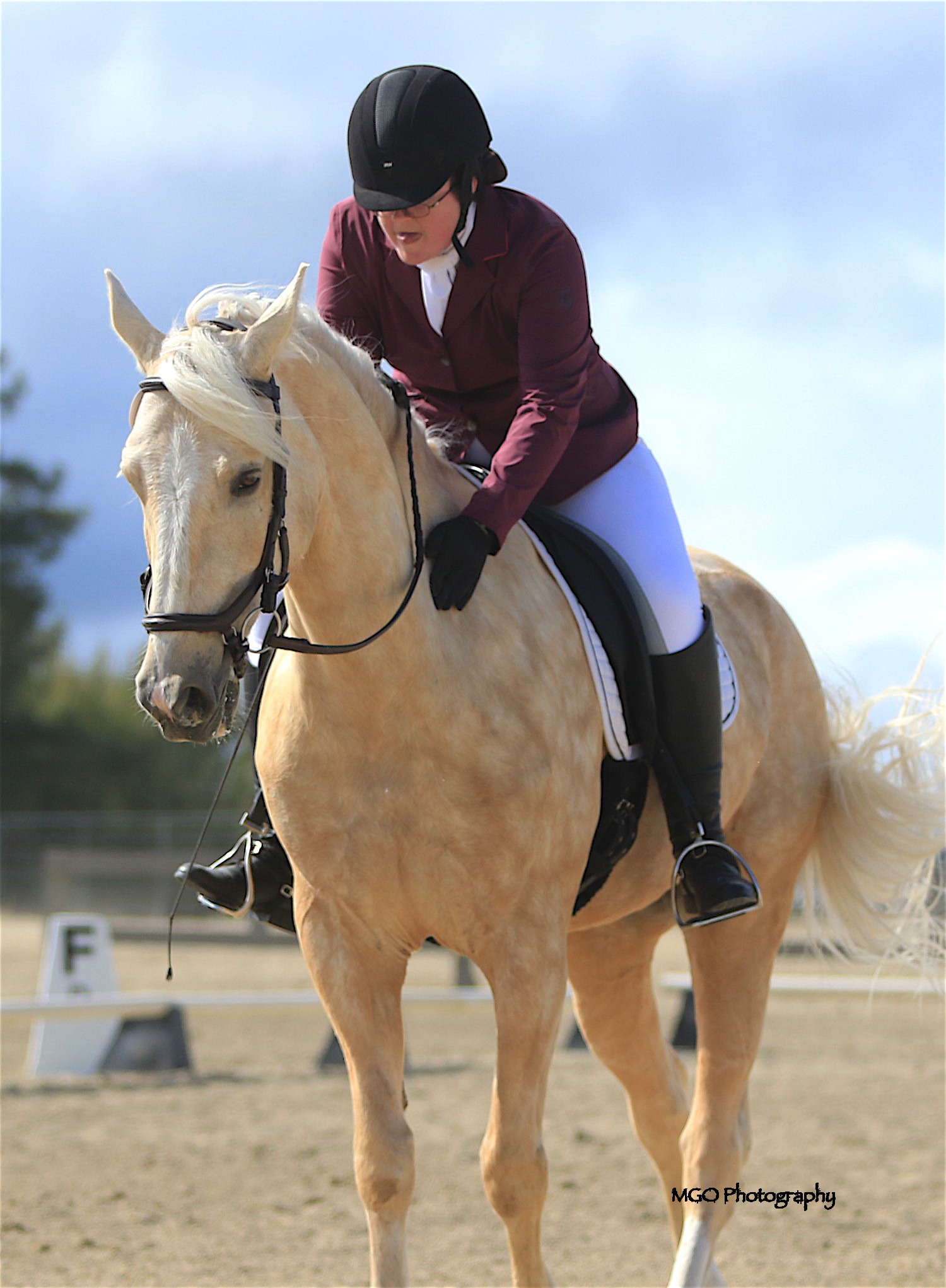 “I’m not going to set a budget because I’m not eliminating buying things I do need – like a dressage saddle so I can stop doing dressage in my 20 year old close contact that doesn’t fit me. However, I need to stop buying crap I don’t need, like more saddle pads or new breeches. If something breaks and I need a new thing, I’m free to go ahead, but no more buying stuff just for fun.” 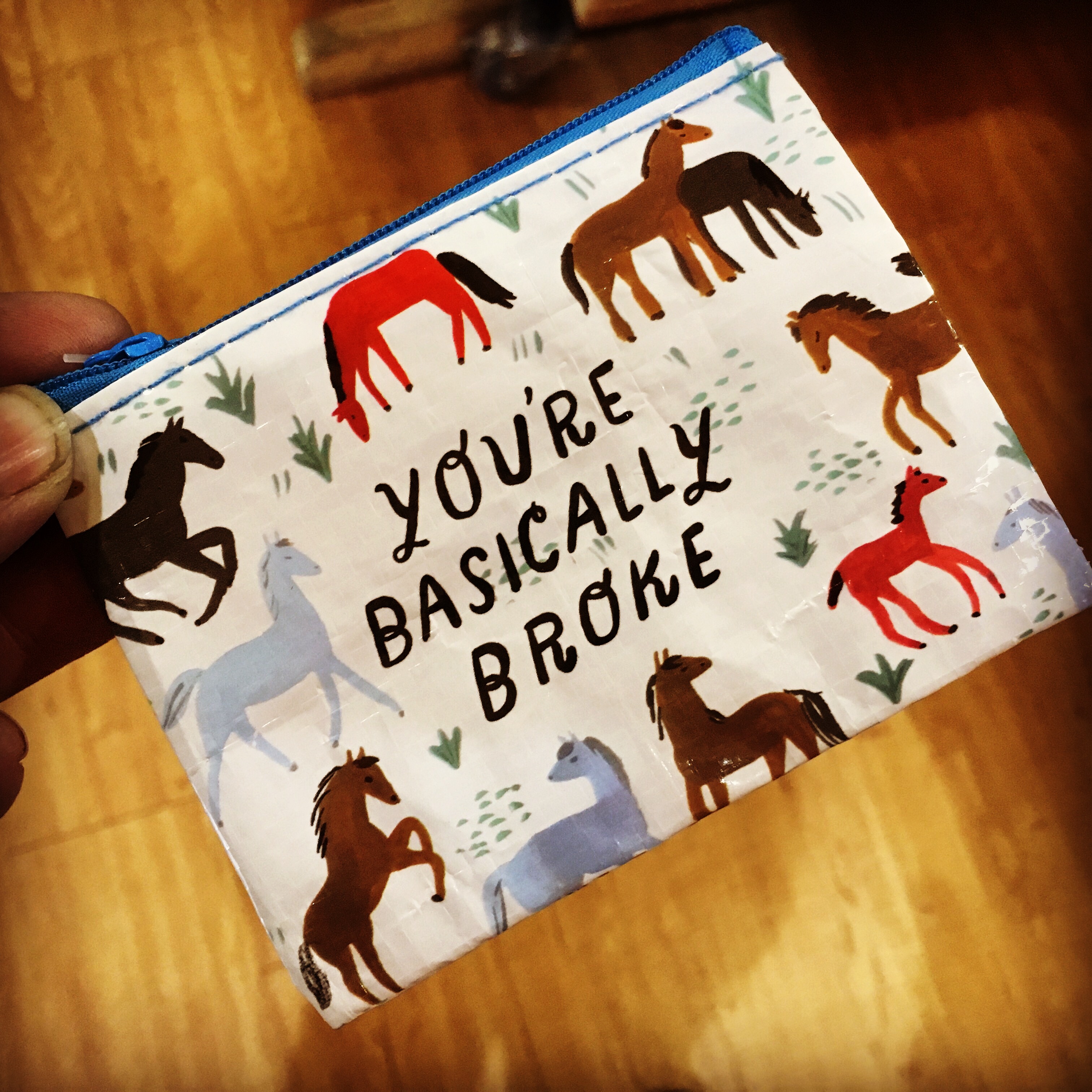 An example of a thing I didn’t buy despite really, really wanting to

I’d actually say I did a pretty good job of this. While I certainly bought stuff this year, I got a lot better about not buying random stuff just because I wanted to. I bought almost no saddle pads. I also made an effort to buy quality items that will last instead of endless replacements for cheap crap.