It finally stopped raining long enough for me to actually ride this weekend. With all the rain we’ve had, I’ve only ridden about 5 times in the entire month of January and two of those times were this weekend. I’ve ridden so little, I’ve gotten completely out of shape. Just this short ride on Saturday left me aching on Sunday.

Our arena has been closed for weeks now. The BO finally opened it on Saturday, but half of it was coned off and the open half had a small section coned off and then the drag that broke in the one corner. It was still nice to be able to use it and get some schooling done.

As expected Levi has been going a bit nuts with the lack of exercise. My husband sent these videos to me when he went to feed them on Friday and my comment was, “Yeah, I’m looking forward to riding that.”

Actually, Levi was fine. He definitely had a ton of energy, but he’s a good boy. We started out in the arena and did some work on bending and going straight. I also practiced downward transitions entirely from the seat. Nilla’s trainer, Laura, wanted me to practice them so that I can do a better job of asking Nilla. However, Levi is really good at those though so it wasn’t really proper practice for asking Nilla. I need to do more lessons with Nilla. Hopefully I’ll get out there next weekend if the rain stops. 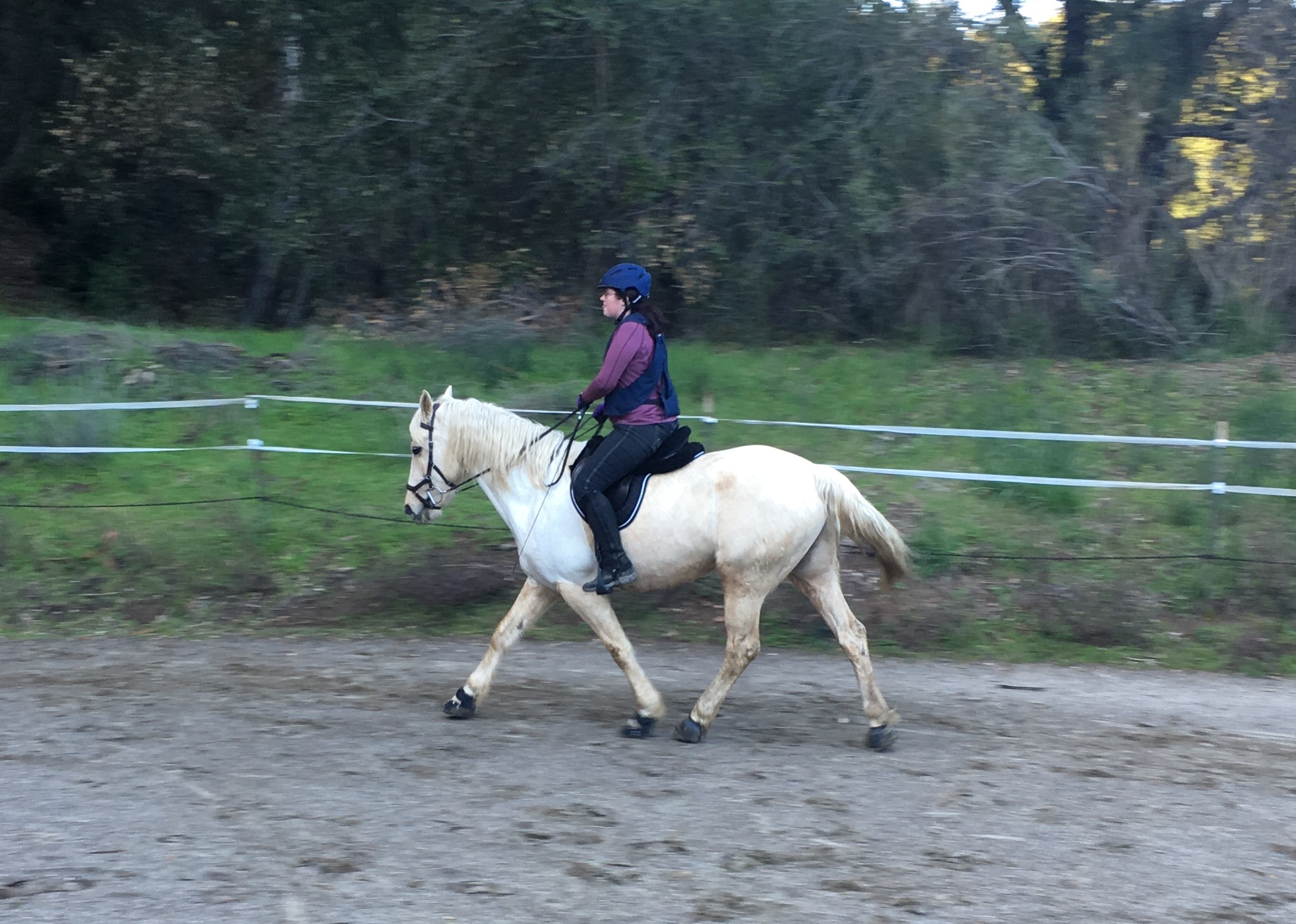 Our only real issue on Saturday was Levi’s desire to join Eugene in the center of the arena when my husband was taking pictures. Levi is very herd-bound and very convinced that he did not want to do canter work when he could be standing in the center instead. I don’t think he’d do well in a lesson program. It took a few “discussions” – none of which my husband caught a picture of sadly – but I got him listening and we ended on a good note. 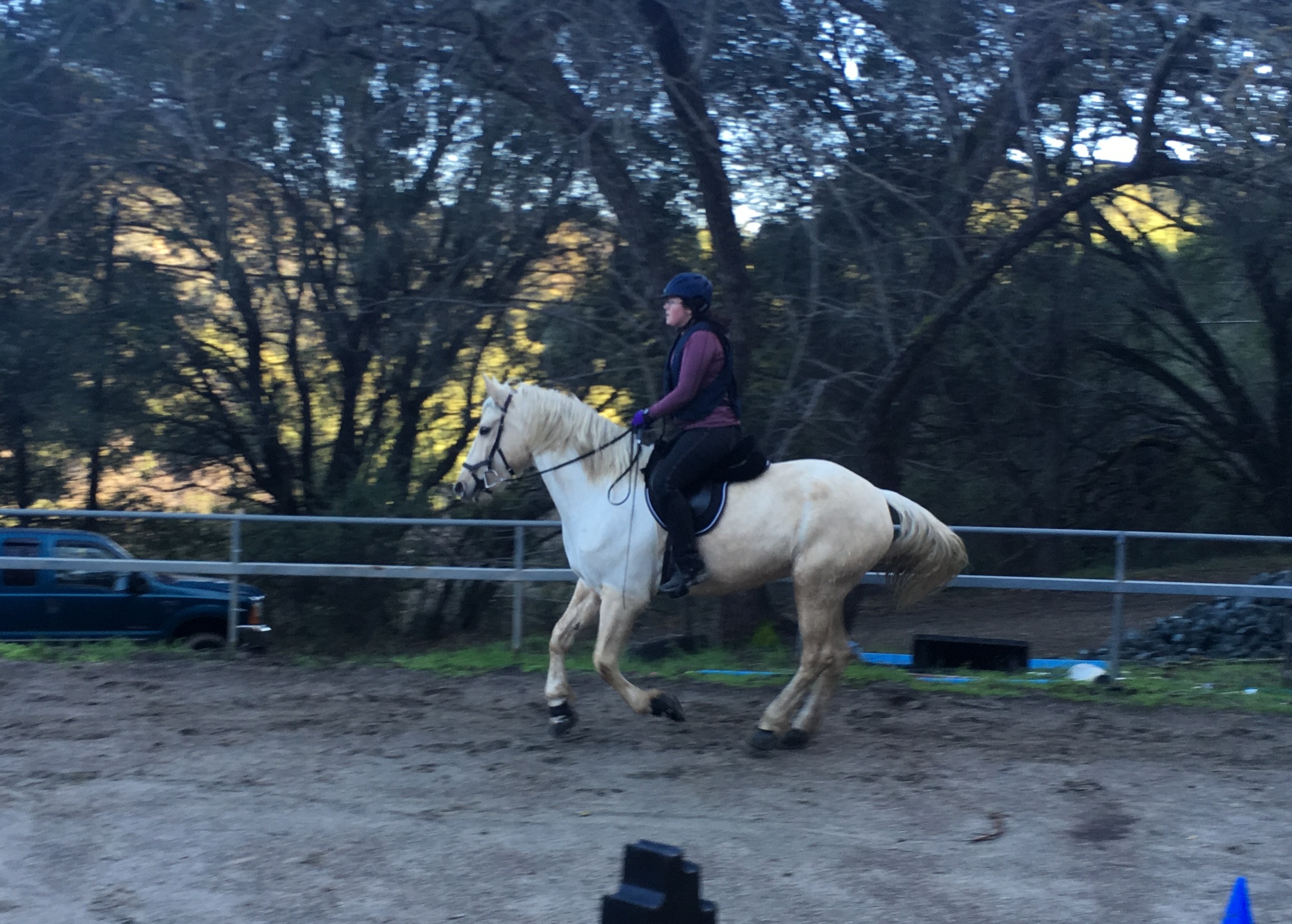 After the arena work, we rode over to the winery. The trail was still pretty muddy in places and there’s a section with a mudslide going across the trail, but we just picked our way over carefully and carried on. I cannot wait for this rain to be over. I know we need the rain, but that doesn’t mean I enjoy it while it’s happening. I didn’t get any pictures from our trail ride, but it was a really gorgeous day for a ride.

I forgot to take a picture on Saturday, but I tried out Nilla’s Micklem on Levi and I think I like it better on him. He’s been getting increasingly worse about having his ears touched and I think his other bridle which is a little tight on him was contributing. I’m hoping this will work better for him. 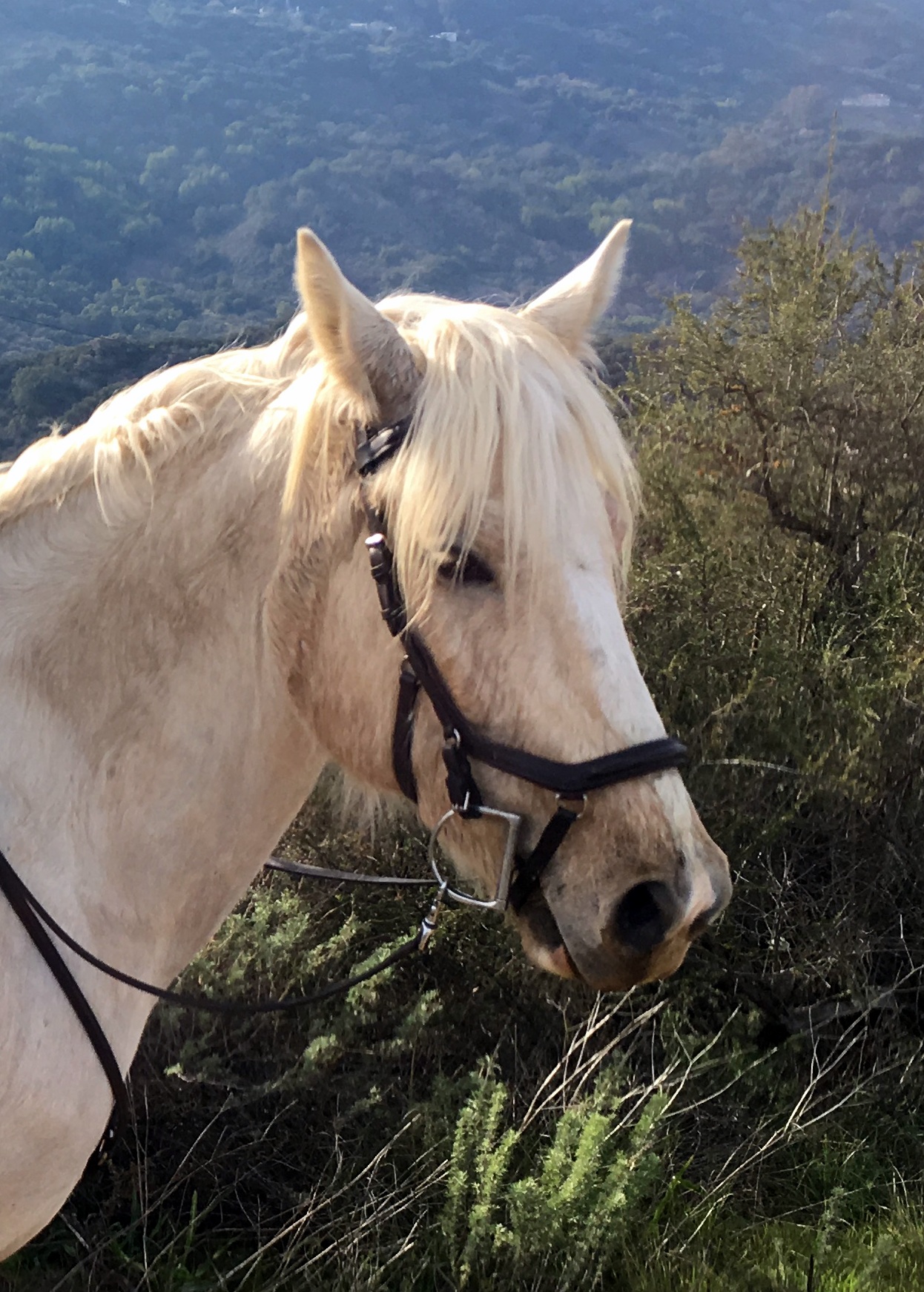 17 thoughts on “A Weekend Without Rain – Saturday”