In December, the Landsafe Clinic made one last west coast stop at Twin Rivers before heading back to the east coast. After doing the two day (day 1, day 2) clinic in November, my husband was really excited about doing another clinic. When it came time to sign up, I was still sore from the first clinic and bowed out. I just have no muscle strength and my whole body hurt for like 2 weeks straight. My husband was sore for like a day and then just fine and dandy. Typical.

By the time we actually got to the second clinic, I was feeling fine, but I decided to remain an auditor for this one. Once you’ve done the initial clinic, they start having you do more advanced movements and I feel like I really need to do the whole clinic all over again before I progress to anything more advanced. The advanced clinic was only 1 day, which was nice because we didn’t have to get a hotel.

My husband joined the regular clinic in the beginning. It was unexpectedly freezing cold so I went across the arena to sit in the sun with my dogs. Even with the sun, I ended up putting on all the layers I could find in the car and cuddling into a dog blanket. I couldn’t see the mats from where I was sitting and thought my husband was doing the same beginning stretches and rolls as last time. It turns out he was doing a bunch of more intense rolls and I missed that. 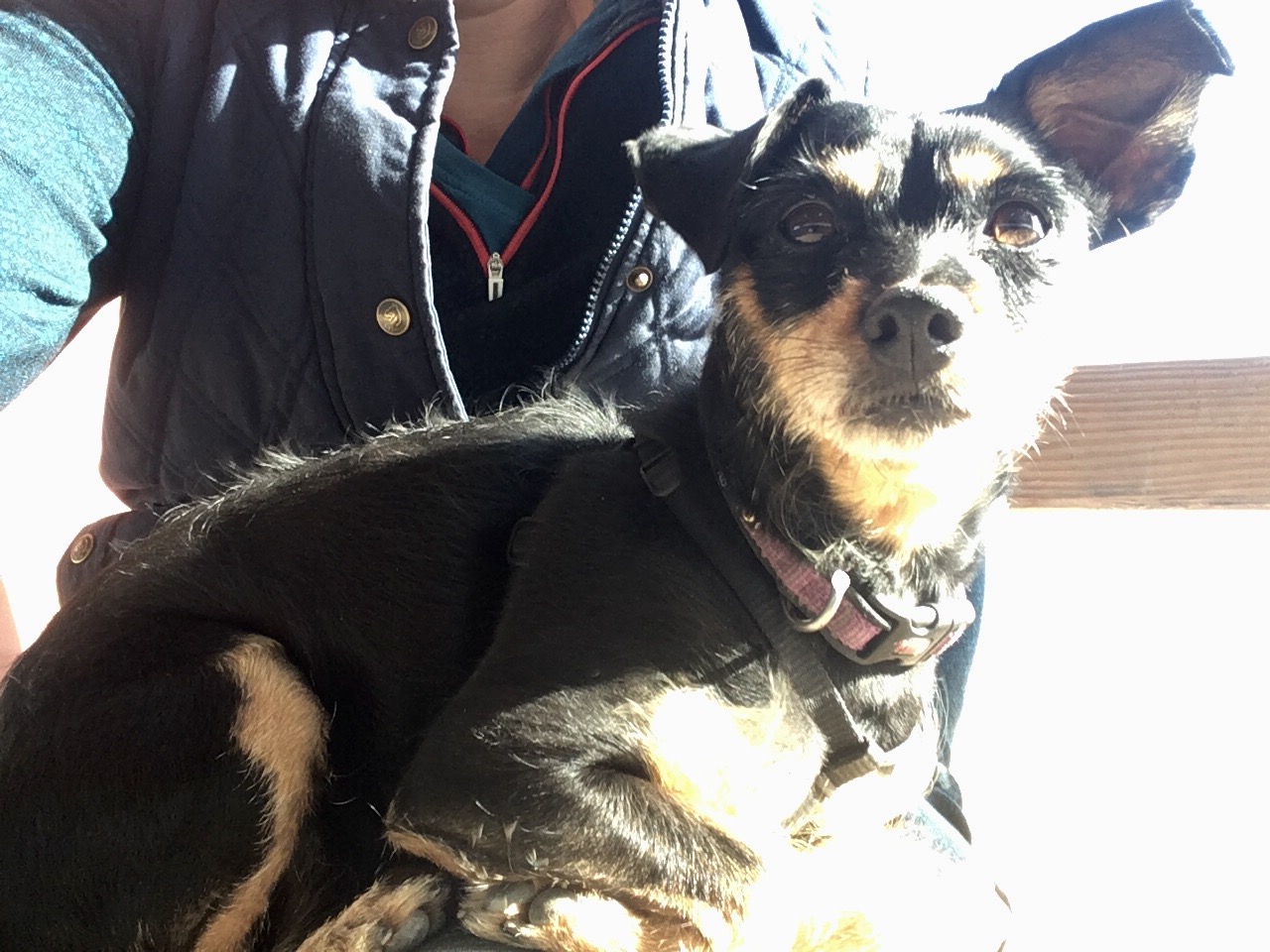 Once they blew up the landing zone and got the mechanical horse set up, I came over to watch. My husband started by rotating in with the regular clinic who was doing the rotational fall from each side onto the big mats. My husband started where he had ended after day 2 – landing on the green base without the additional mats.

When we did the clinic the first time, they would lower the horse slowly, let you get your position, ask if you were ready, and then drop the horse the last bit. With my husband, they just kept lowering the horse with no stopping. It was still slowed down, but he had to be ready and just go.

Next up, they lowered the horse, backed it up, then sent it zooming forward before stopping it. You knew the stop was coming, but you couldn’t predict exactly when/where they’d stop it so you needed to do the roll instinctively. It’s definitely not a beginner exercise.

Next up was some more emergency dismount practice:

The last exercise was being bucked off. I found the advice for bucking really interesting. Danny recommended dismounting during the highest part of the buck. If you try to jump off during the lowest part, you don’t know where the horse will go/twist. If you jump when they’re at the height of the buck, you know where they’re going and can avoid it. I don’t know if I have enough control when getting bucked off to decide when, let alone that I can muster up the guts to jump off at the highest point even if there is logic there.

This is when we got to see just how much the animatronic horse can do. It’s very impressive. So impressive, I’m pretty sure I’d throw up long before I got to practice dismounting.

That was the last exercise he did for the day. They did get the horse bucking a bit faster for his last “fall.” Just watching it makes me seasick.

Danny and Keli had dismissed the regular clinic at this point, but they all stuck around to watch. I can see why. It’s really such a different type of clinic and I do feel like I learn even from watching. If you can’t afford to participate, I would recommend going and auditing. I think auditing was like $20. However, I would 100% recommend actually participating in the clinic. Unlike a regular clinic where you could audit and then go home and practice some of the ideas with your own horse, you can’t really practice this later. I suppose technically, you “can,” but I can’t imagine anyone wants to. I’m looking forward to doing another one sometime in the future.