This event was lovely and the facility is amazing and I totally want to go back, but I will never camp there in August again. It was so freaking hot. Even at night. Even in the dark. I got so little sleep all weekend because it was too hot to sleep. In the future, I will stay at a hotel. 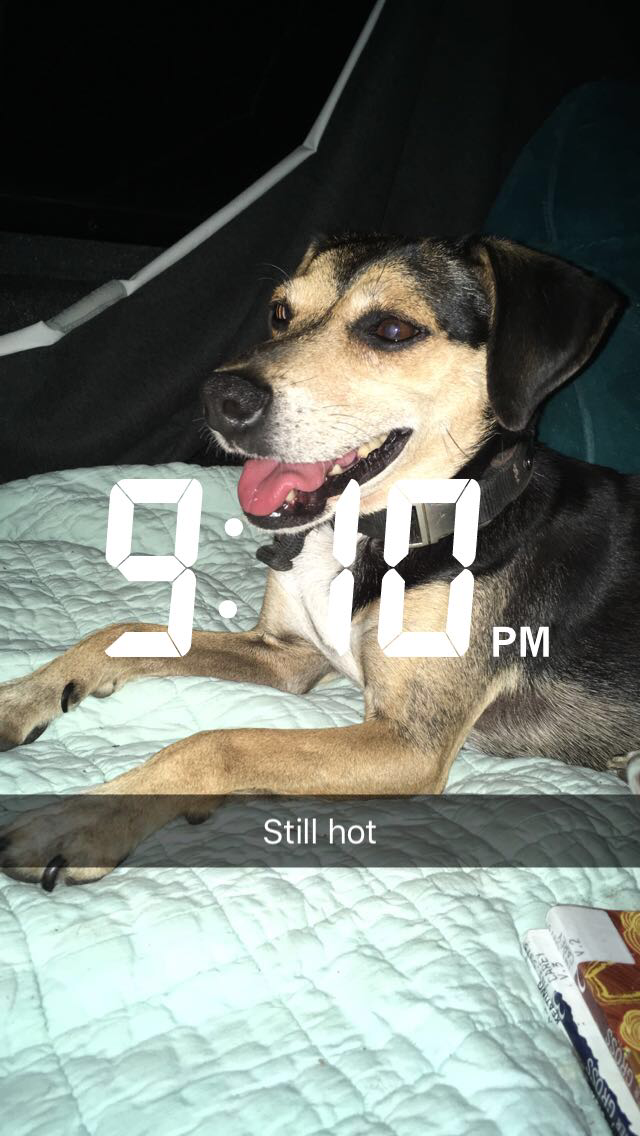 I started out the weekend with a few simple goals: 1) to not embarrass myself (no elimination or naughtiness/rearing in dressage), 2) to not injure myself or Nilla, and a stretch goal of 3) getting a ribbon. I have no expectation of winning, but I figured if the first two goals could be achieved, it’d be nice to also get a ribbon.

I was 6th going into stadium and ribbons were only to 6th so I knew I couldn’t mess anything up. I was only 2.7 points off from the 7th place person so I couldn’t afford a single rail. The 5th place person was 7.6 points ahead of me so I knew they’d have to drop 2 rails for me to move up. That seemed unlikely at the height of 2′, so I figured I was getting 6th if I got anything. And I wanted a ribbon.

At the SMCHA show, Nilla proved that she will knock stadium rails down if she’s not paying attention. So I wanted to go into stadium with her attention on me and to, you know, actually ride, not just sit there like a passenger. Stadium was supposed to start at 10:45 and my time was theoretically 10:53. And they were mostly on-time through BN, but then decided to take like 30 minutes to redo all the jumps for Intro. I was standing in the warm-up ring by a tree for shade and could see vague movements in the arena and kept texting my husband to ask what was going on. I still don’t know. 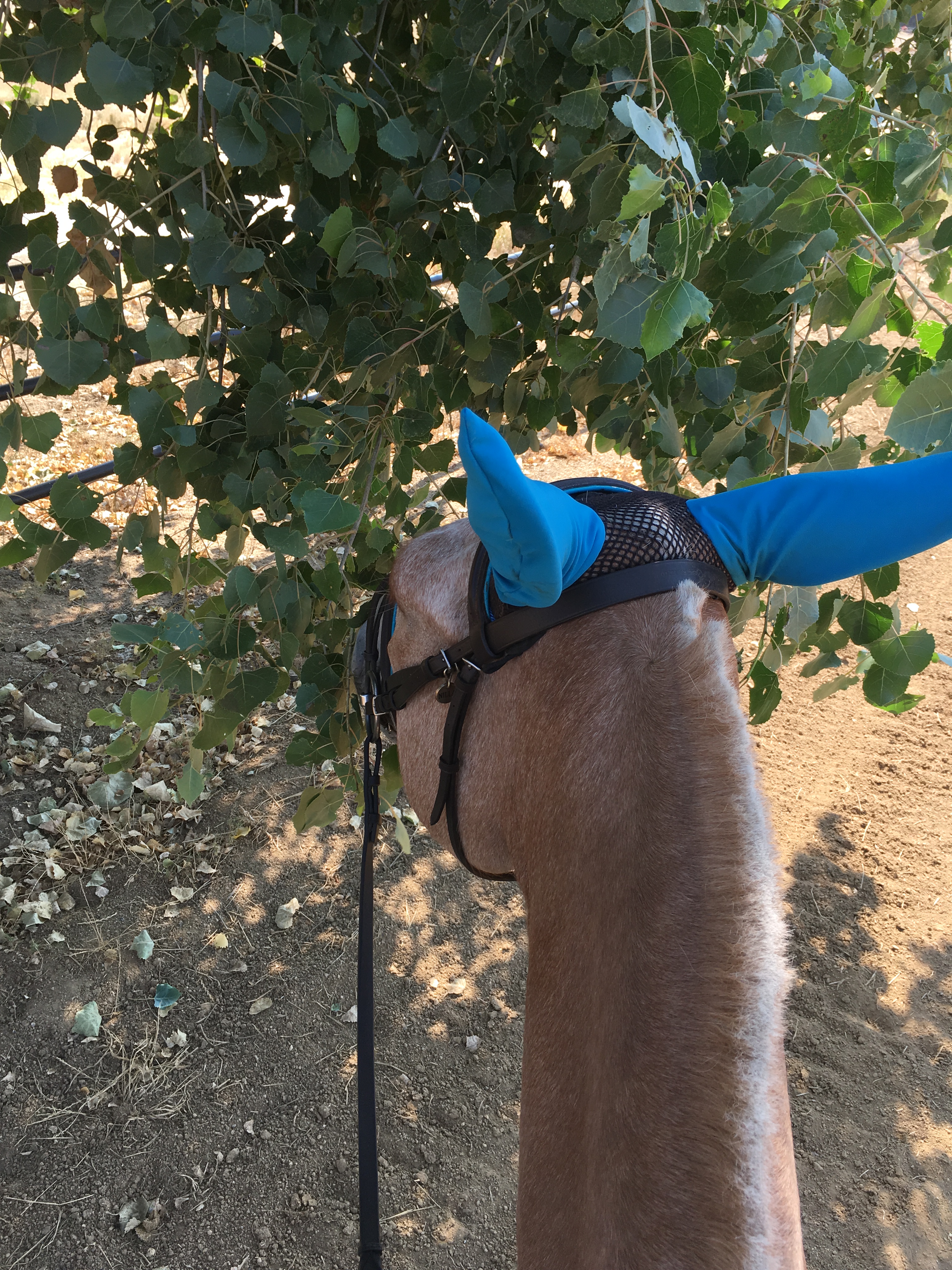 Nilla practicing her giraffe skills while waiting for stadium

We didn’t end up going until closer to 11:30. I was worried about Nilla thinking she was done and mentally checking out so I made her go back to the warm up and jump a few more jumps. It was good that I did as she was being pissy about moving forward. She definitely thought we should be done. I went over to stand by the gate for the start of my class. I was supposed to go 4th and when the gate volunteer called a 5th person I went over to ask. Apparently he had scratched me out. He didn’t know why and I had been standing there since the first person so it’s not like I missed my time. He erased the scratch mark and sent me in. 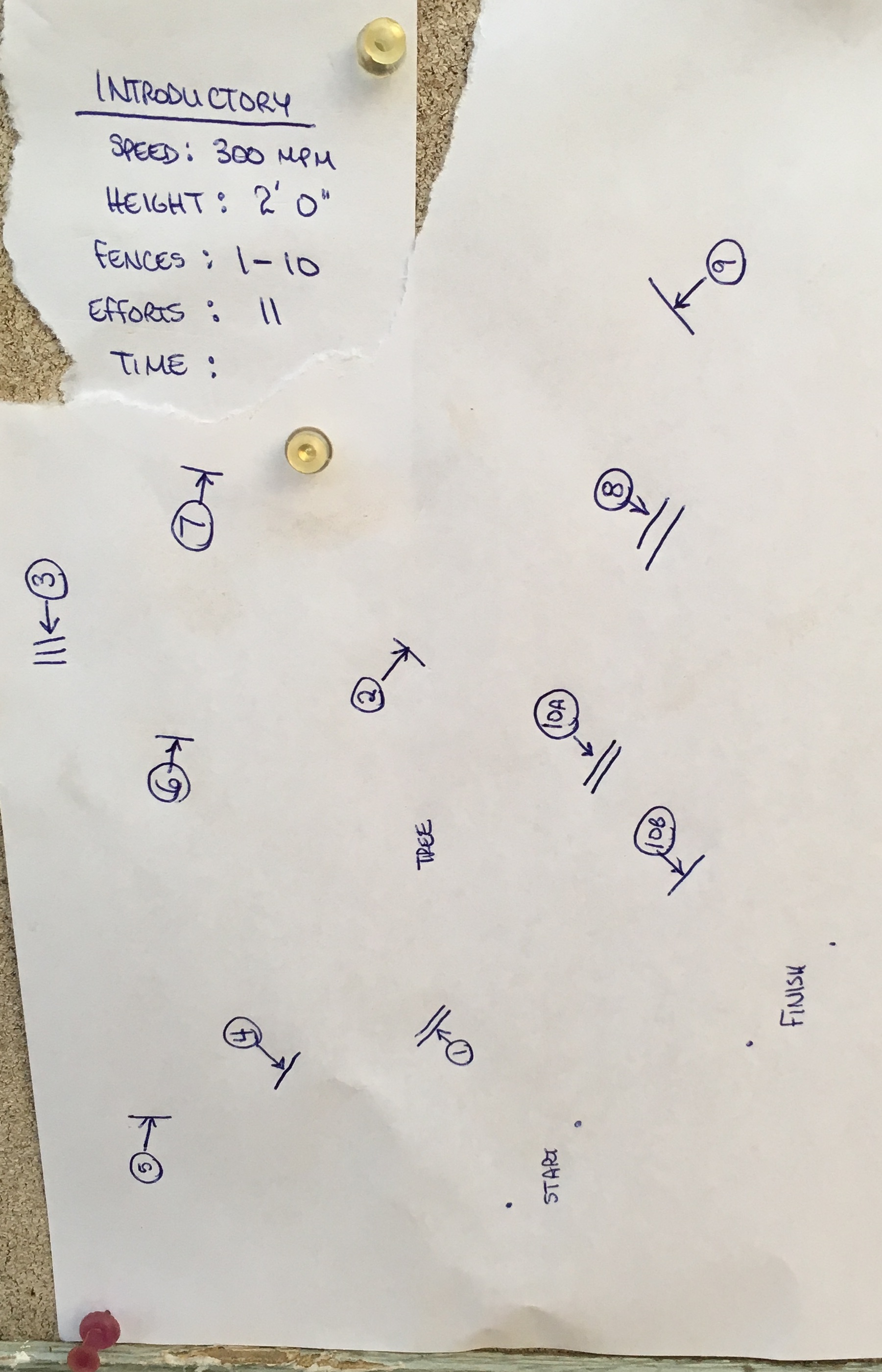 They had a better course map the next morning, but I forgot to get a picture

The arena set up is so cool at Camelot. A bunch of the jumps are themed, like the unicorn and castle jumps. I wasn’t sure if Nilla would care about any of it so I trotted her around and pushed her to look at all the scary standards before the bell rang. The time for our course was 77 seconds so I knew we’d actually have to canter to majority of the course to make time. Have I ever cantered an entire course with Nilla before? No. Have I ever really even cantered Nilla over jumps before a month ago? No. We were prepared for this. God, no. 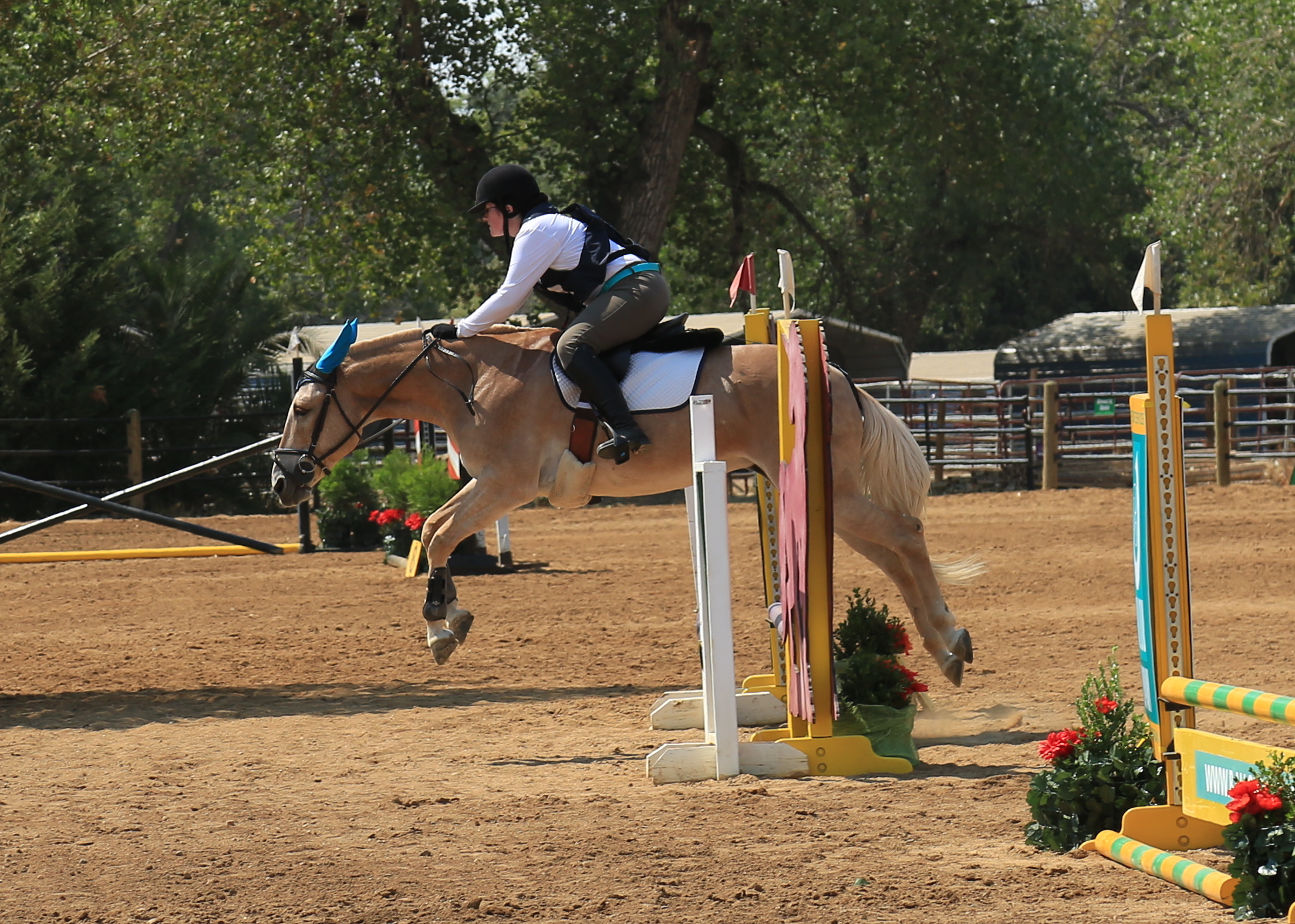 I knew I needed Nilla listening to me and actually taking the jumps seriously, so I was applying leg and riding more assertively than usual. Which resulted in a rather annoyed Nilla as she would prefer to make all her own jumping decisions, thank you very much. So you’ll see a lot of pinned ears in these jumps. I assure you, she still loves jumping, she just doesn’t like me riding her. 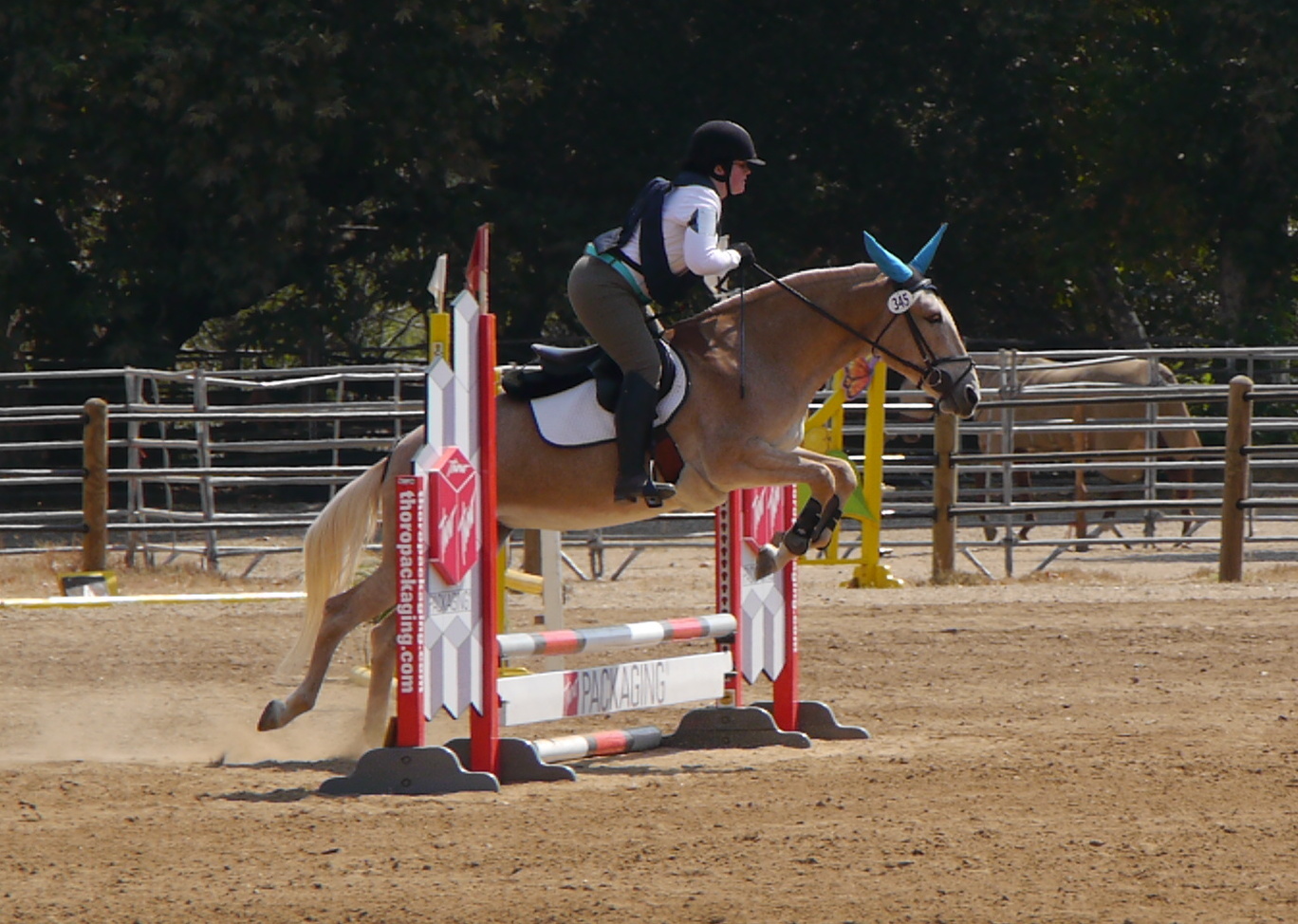 She also probably objects to my flinging myself up her neck. Maybe one day I’ll learn to sit back and not try to jump the jump for her.

Now, as we were coming around to jump #3, I could feel Nilla really sucking back and backing off. I was not having it. These were tiny little jumps and jump #3 wasn’t even scarily decorated. In this picture you can see how she’s looking off to her right. 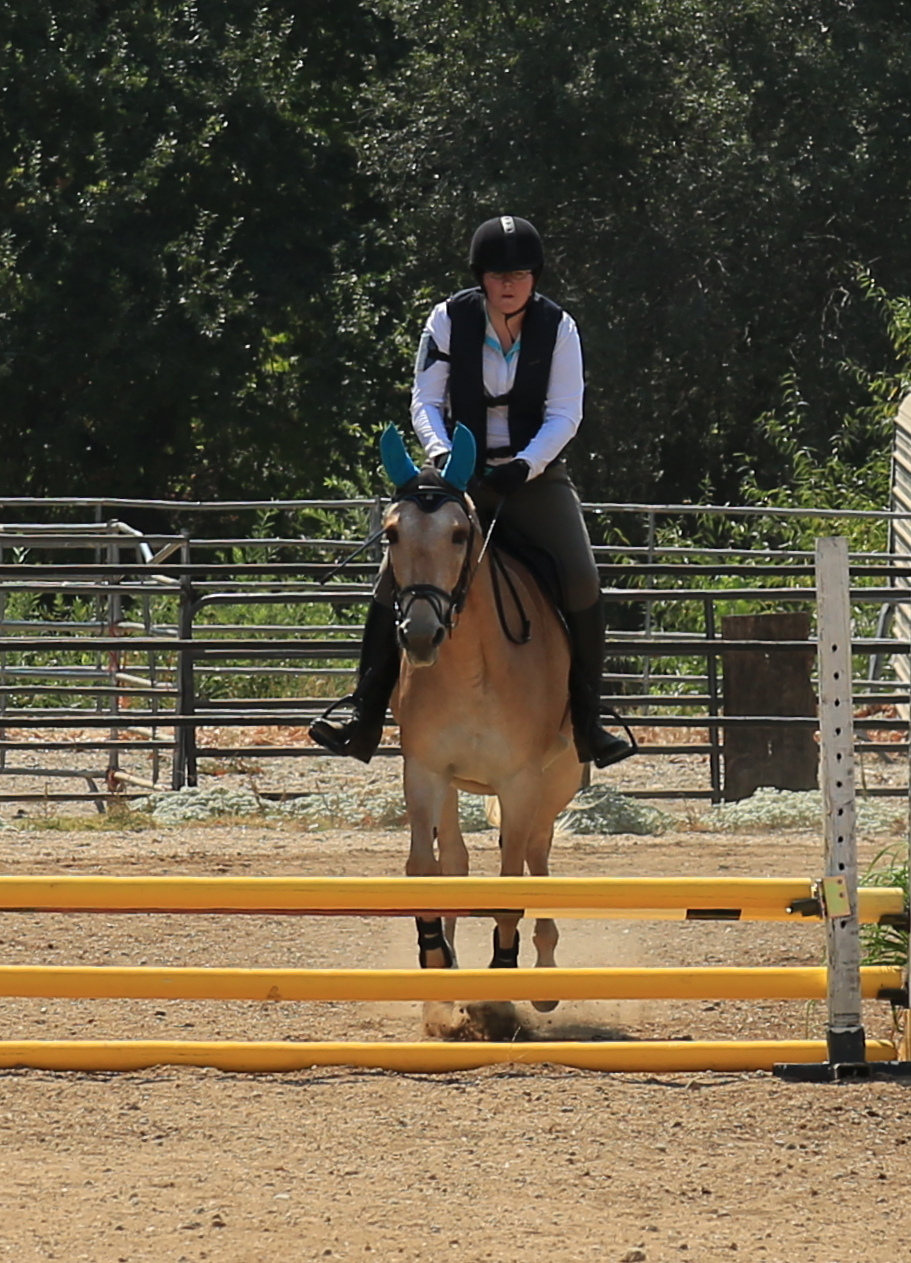 We got over 3 and 4 with some hesitation, but no rails. At the time, I was so focused on the jumps that I didn’t see what was upsetting her. Apparently there was a car driving down the road with a mattress wrapped in plastic tied to its roof. The mattress had flipped up vertically at the middle and the plastic was flapping wildly in the wind. The road is right near the arena on that side. When I exited the arena, one of the spectators was saying, “wow that mattress went by at the worst time.” And I was like, “mattress, what mattress?” My husband saw it too and said all the spectators were murmuring about how unfortunate it was that it was going by during our course. My husband’s description of the noise it made was like those clappers kids put on bike wheels, but 100x louder. And I was completely unaware of it. In retrospect, I’m glad I didn’t see it. Because I didn’t know there was something legitimately terrifying going by, I just rode her hard and ignored her fear. Had I seen it, I might have tried to deal and made it worse.

Anyway, after #4 Nilla had her game face on. 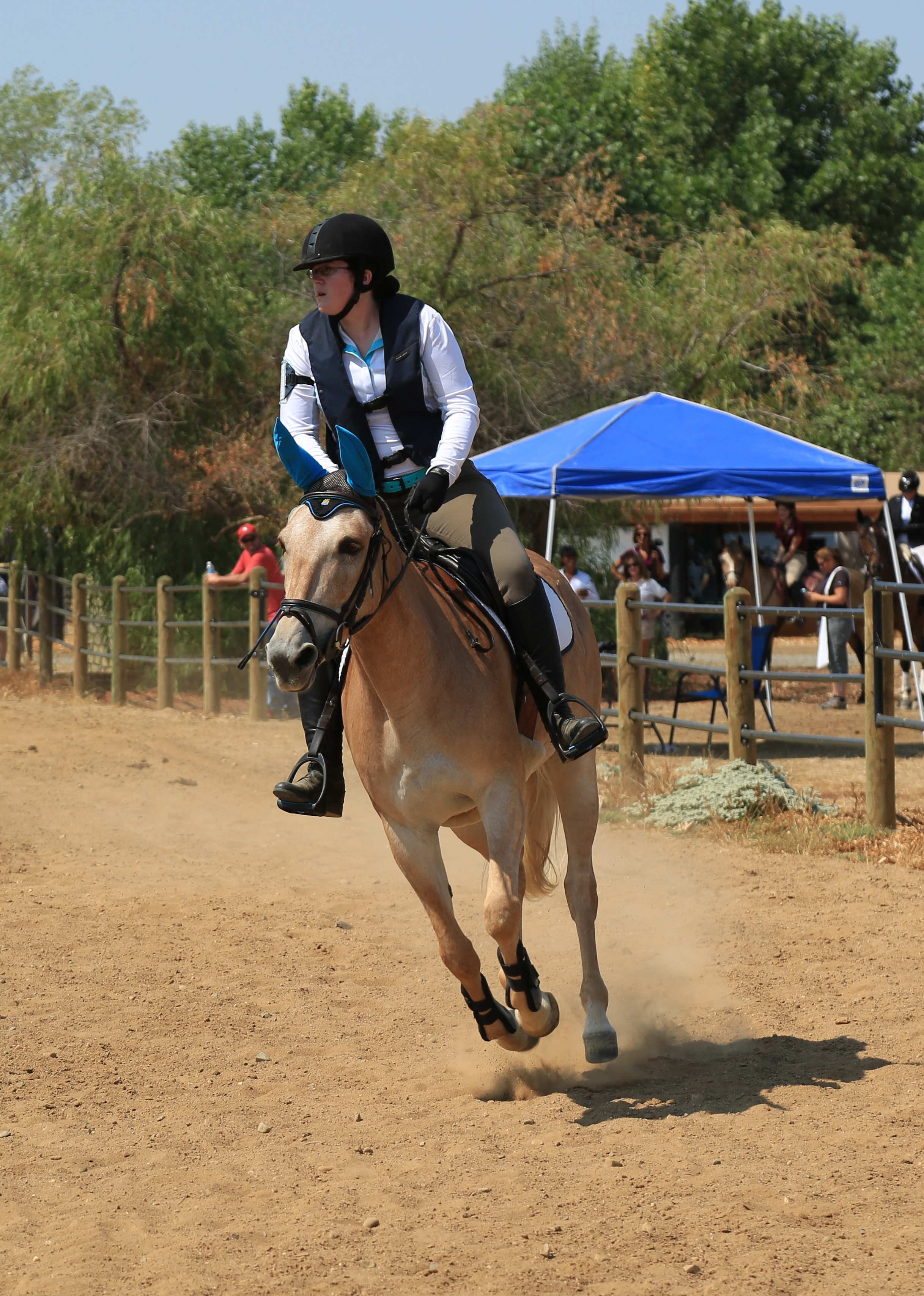 I guess the mattress was gone by now. #5, 6, and 7 were numbered individually, but they were basically a line. We cleared them all easily. 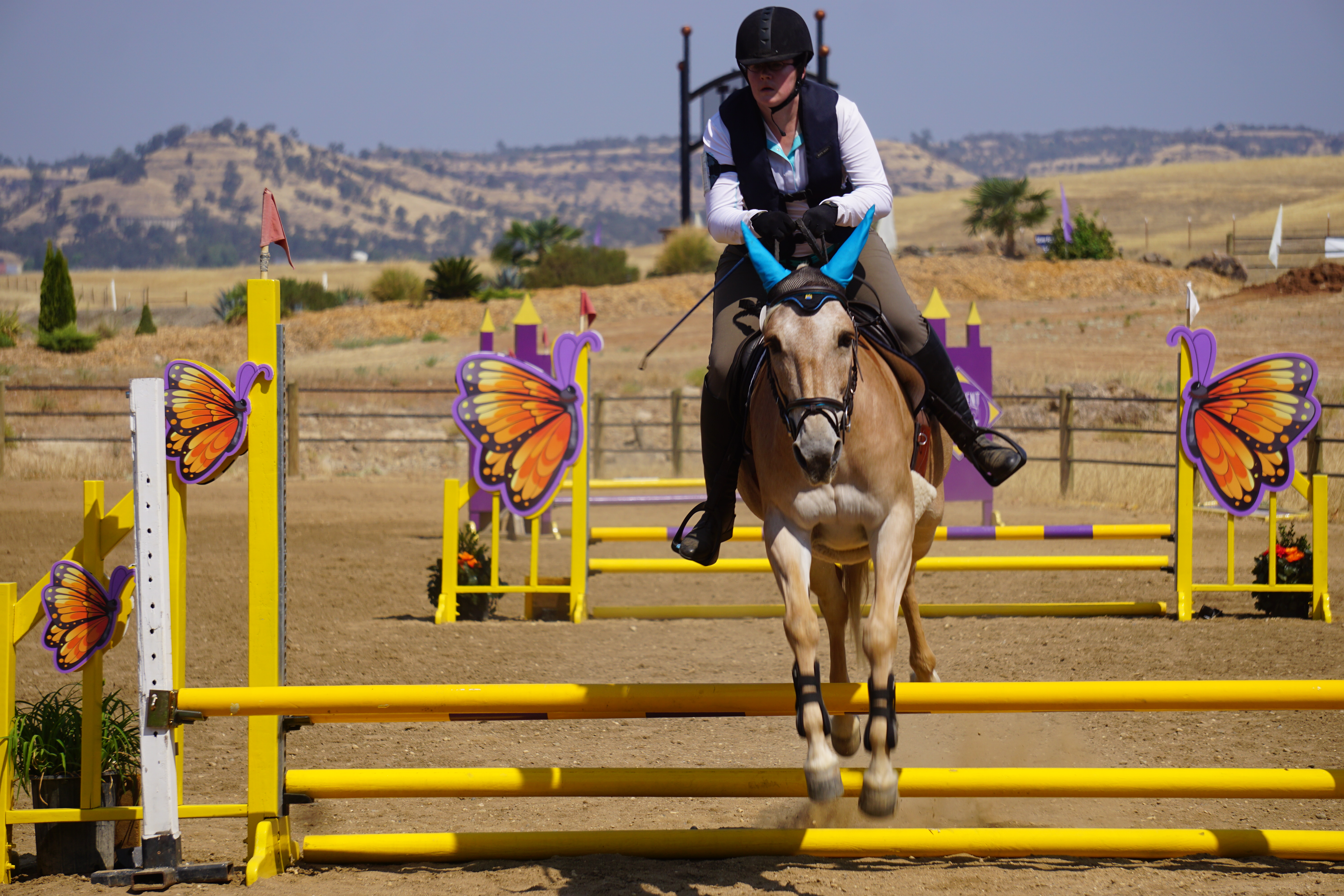 She was really pissed about #8. I don’t know why. 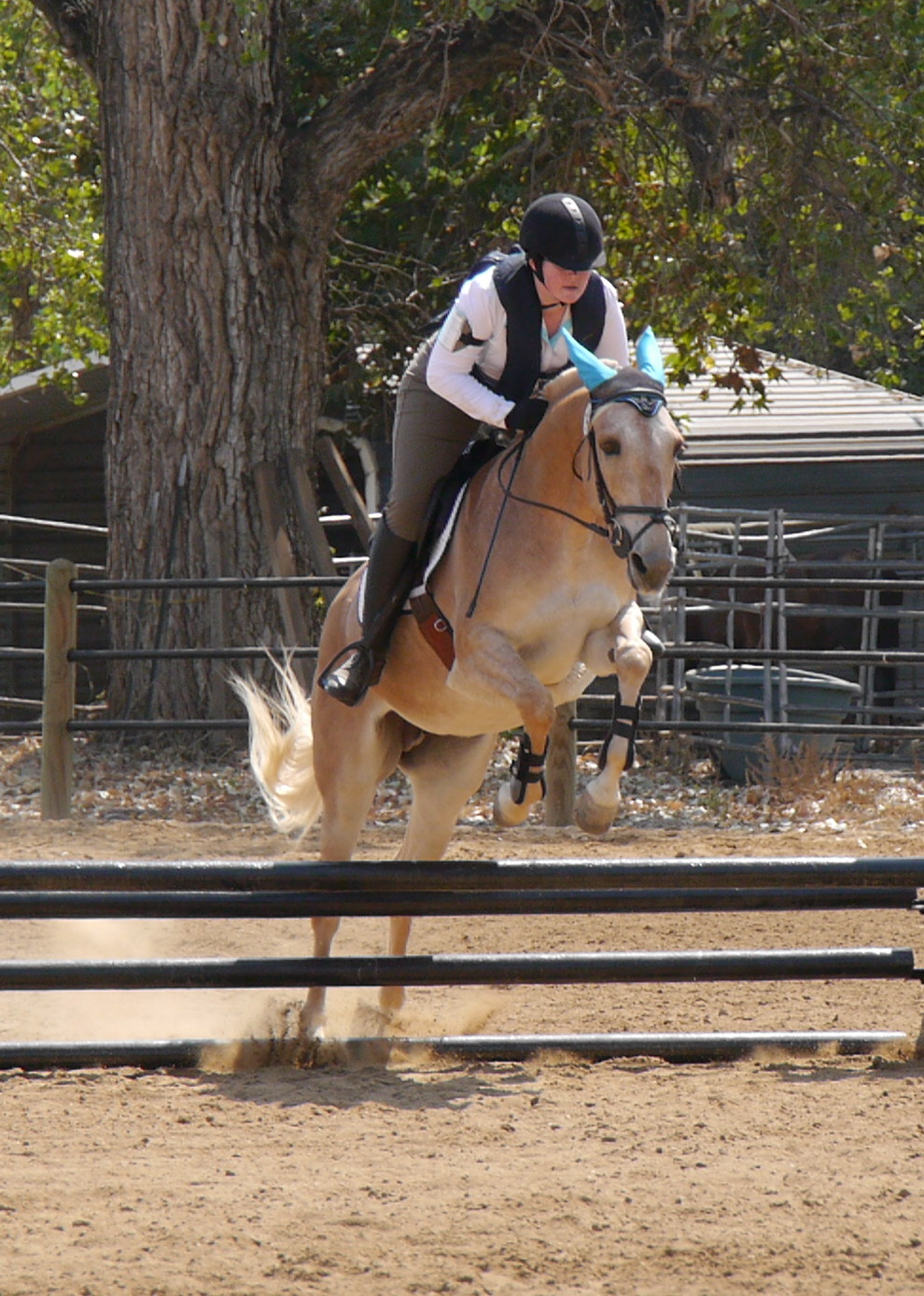 The #9 jump – which was really terribly numbered as it was decorated with an 8 ball – was set as a cross-rail, but the lowest part of the x was 2′. In order to jump it, you had to jump a bunch higher. I apparently though it’d help if I hurled myself up Nilla’s neck. She was less than pleased about this. 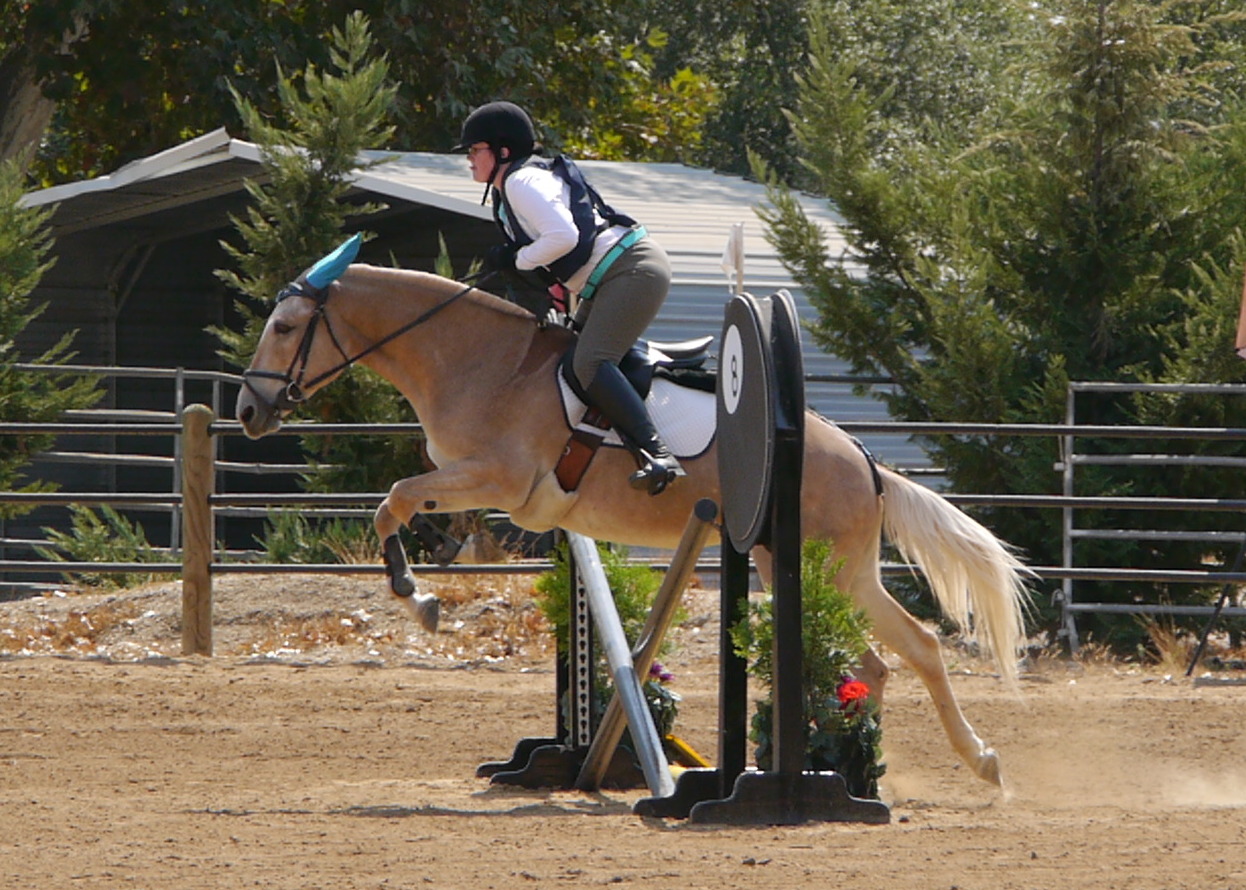 #10 was a combination. I don’t have any good shots of 10a, but it seemed fine. Nilla landed bucking and playing and I was like, no, no, we have another jump here. So I pulled her head up and I think she was shocked to see a second jump. And slammed on the breaks. In retrospect and from looking at the pictures, it seems more like she spooked at something. But at the time I felt like she just was pissed that I corrected her from playing. 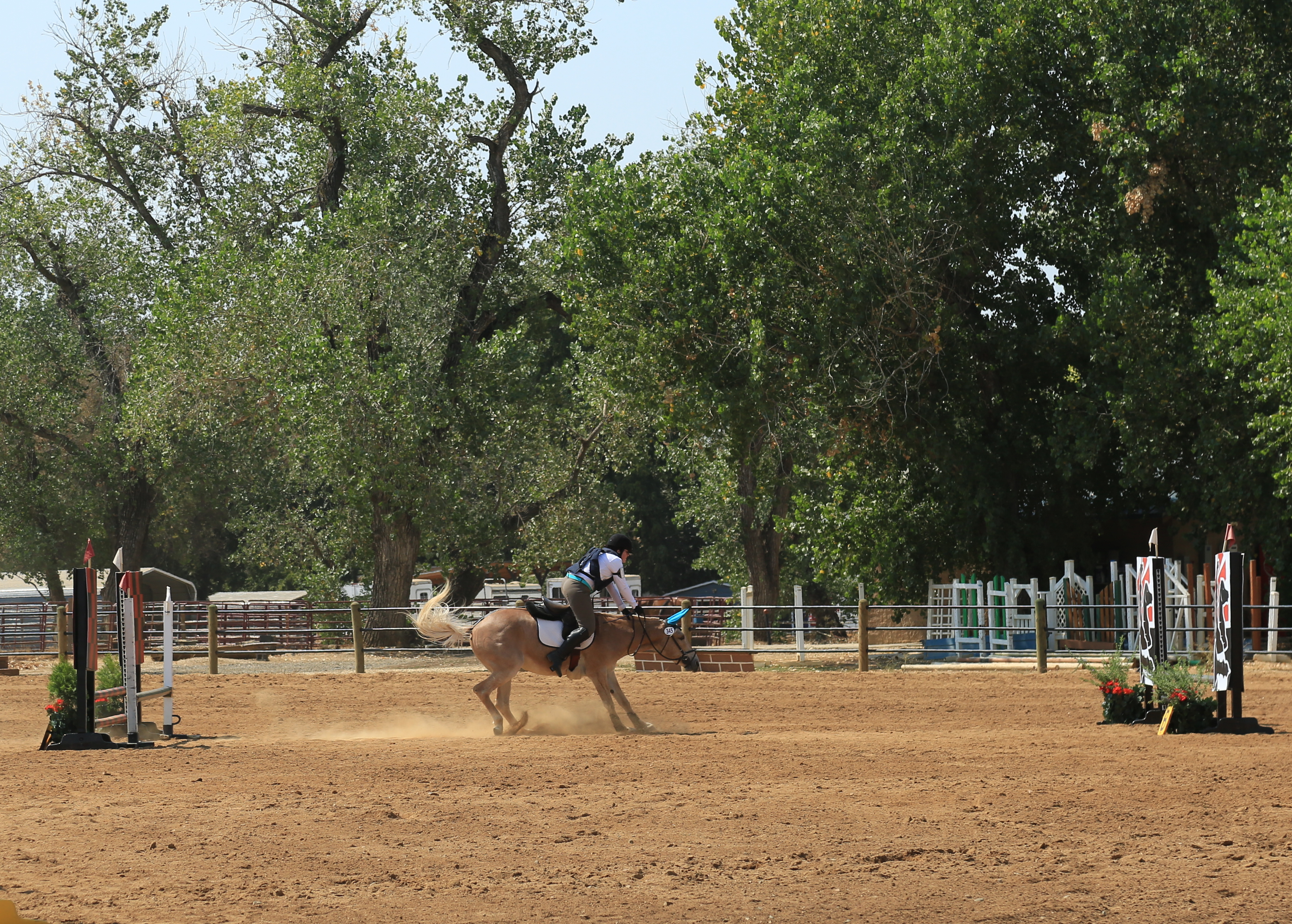 Well, I nearly fell off. According to everyone who saw it, they all though I was a goner. But I was seriously thinking the whole time, I will not fucking fall off because then I won’t get a ribbon. I shoved myself back up, wrapped my legs around her and shoved her at the jump. She never actually fully stopped so by the time I got myself back upright we were at the base of the jump and she practically took it from a stand-still buried completely to the base. 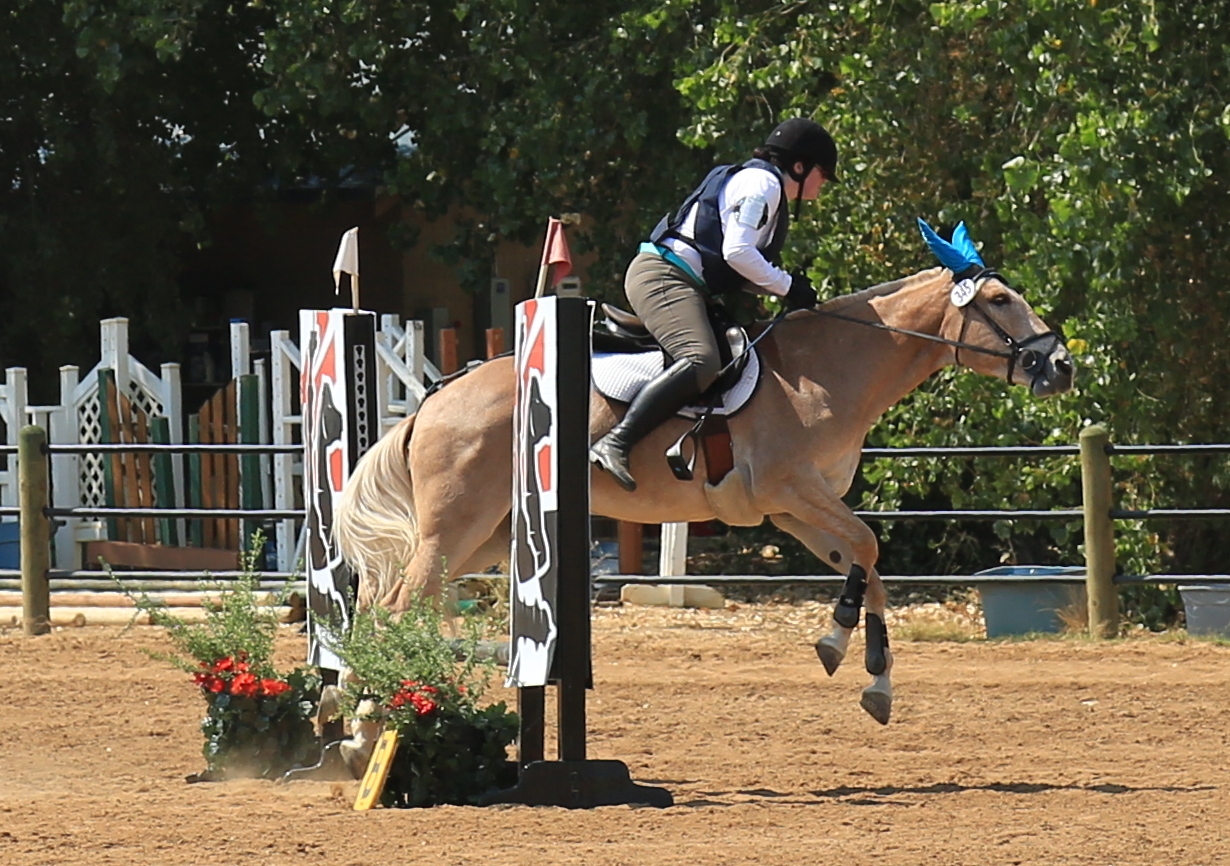 Yeah, that’s pretty much the ugliest jump ever. On both our parts. I was so convinced that we must have knocked it down, that I was already turning to look at it as soon as we landed. Which, I realize is stupid because I should have been concentrating on getting my stirrup back and getting across the finish. And maybe putting my heels down or something useful. 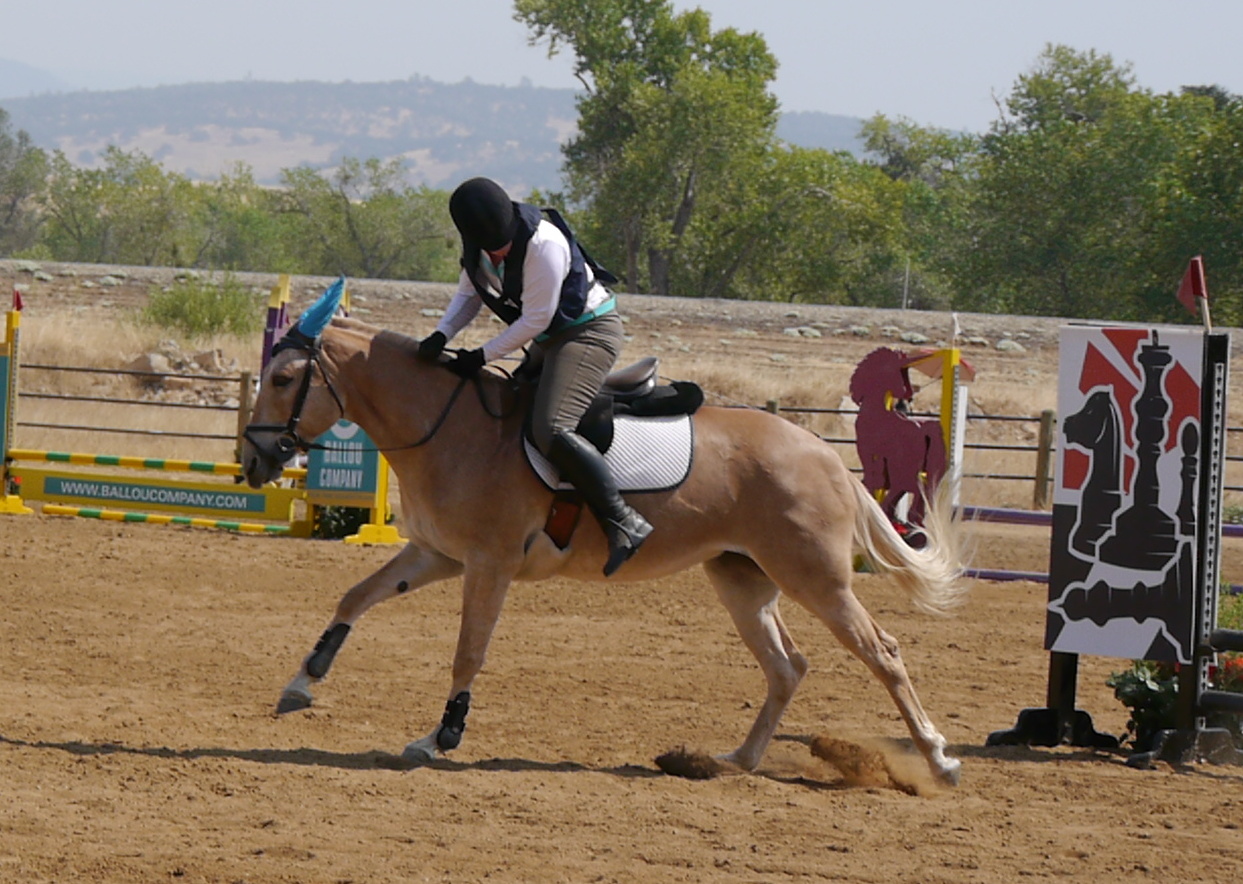 Shockingly, not only did we not knock it down, she didn’t even touch it. As soon as we crossed the finish line I collapsed down and hugged her. Yeah she caused the whole problem to begin with, but she saved us both. She could have – very easily – had me off if she’d wanted to and she could have – wisely – chosen not to jump the final jump from a near standstill with me clinging on like an unbalanced monkey and she should have taken that pole down with her from so close. But she didn’t. She just jumped it. Like a good little mule.

As soon as we got out of the ring, I hopped off and let her have a break. I was so happy she hadn’t killed me I was being extra nice to her and she was loving all the pettings. 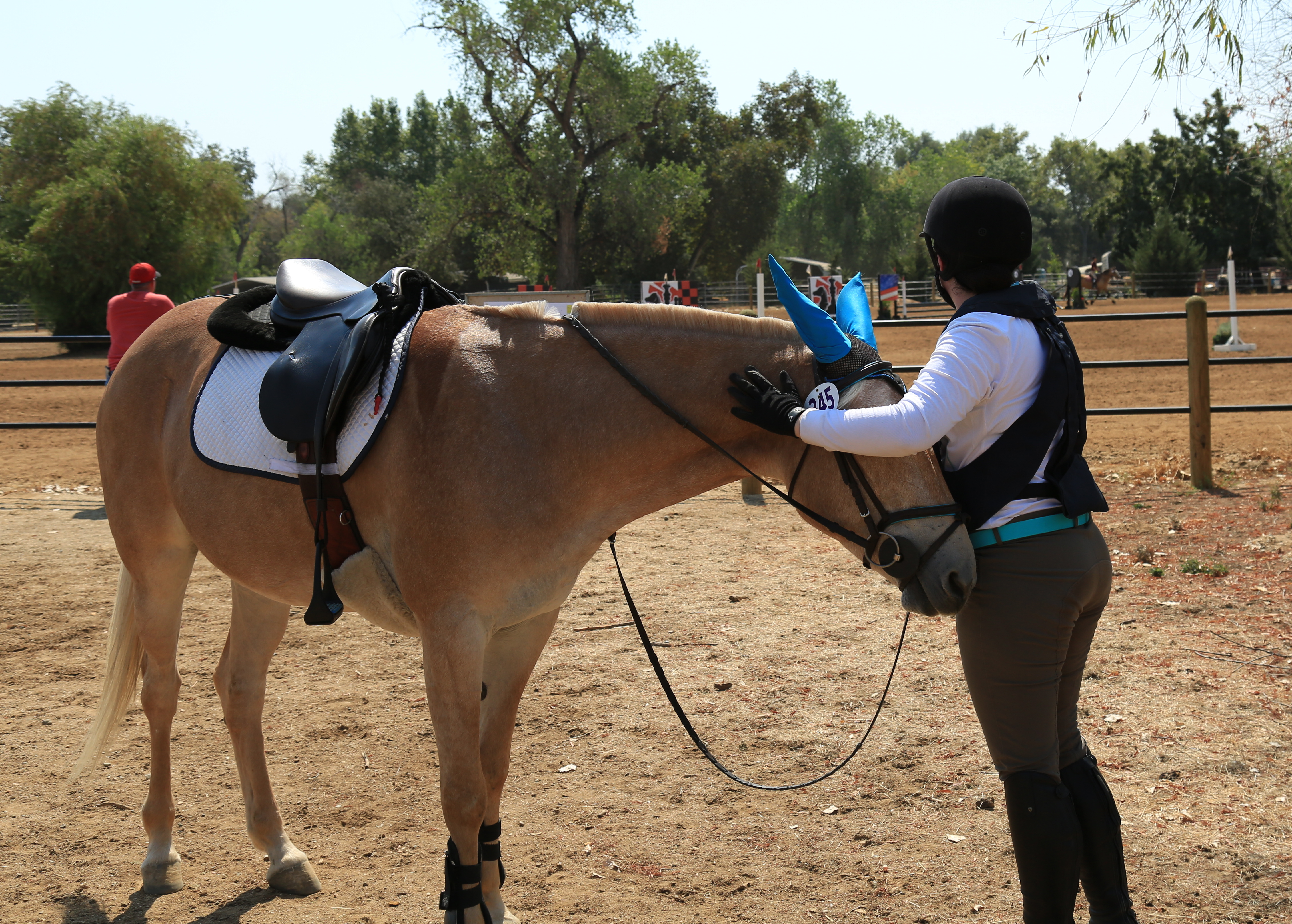 I was a bit distracted at this point so I missed what most of the riders after me did. I did get 2 time penalties, but I figured I was still in 6th. Since it was a schooling show, they let eliminated riders do stadium anyway so I wasn’t even sure which riders going were ahead of me in standing anyway.

One cool side note: the guy in my division (who got eliminated in XC for getting lost, but still got to finish it and do stadium) completed his course perfectly. And he was 70 years old and this was his first event. What an amazing achievement. Everyone was clapping for him.

We got called back into the arena for ribbons. The one photographer was trying to get pictures of us and, as usual, Nilla was refusing to put her ears forward. So I did it for her. 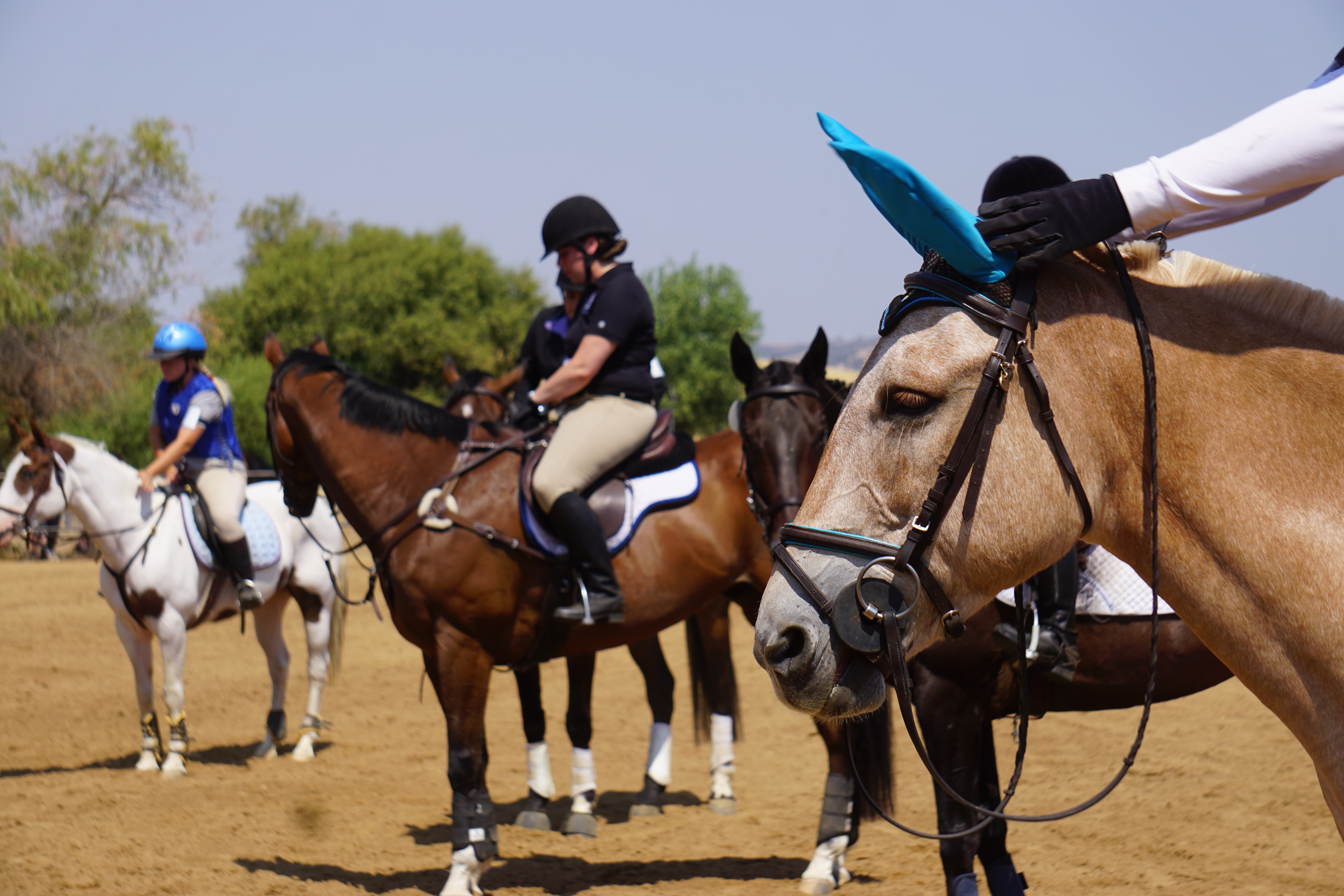 First they awarded the Optimum time ribbons and I had more time to kick myself for not doing that right. Stupid brain.

Then they awarded the ribbons for actual placing. I didn’t know what place I was at this point so it was a complete surprise to me. I didn’t get 6th and I was thinking, “okay, cool, I got 5th.” Nope. “Okay, 4th?” Nope. At this point I was actually getting really upset. Remember how the ring steward had scratched me? I was worried that somehow I’d been scratched and I was going to need to complain. Because it was literally impossible in my mind for me to have placed higher. I was so busy worrying about this, I practically missed them calling me for 3rd.

As I was getting my ribbon, the announcer said I should give that mule another hug. So I did. 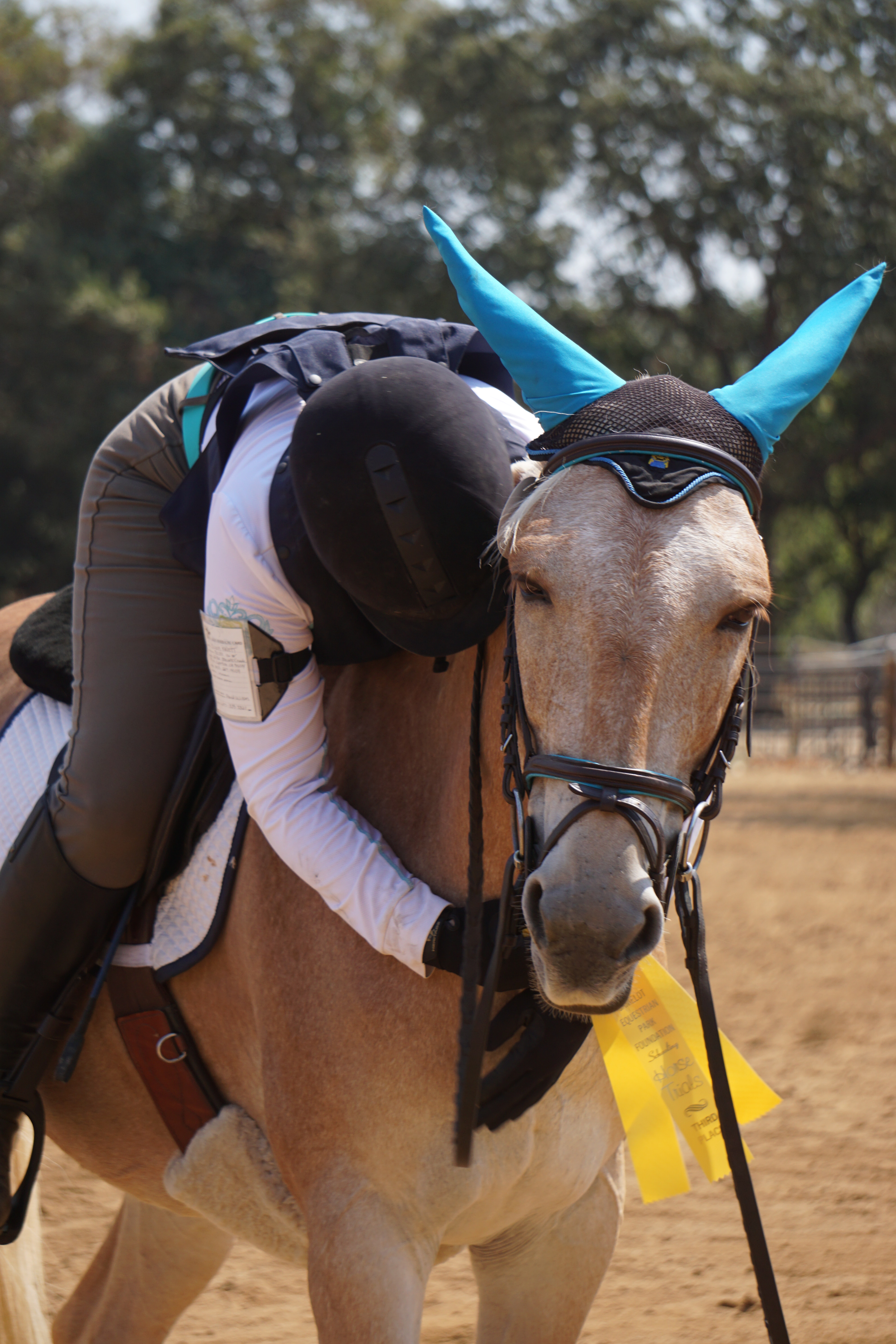 I even got to do my first ever victory gallop. It was so fun. Except for the part where Nilla decided half way around that her ribbon was going to kill her and she might need to bolt and then the person in front of me’s ribbon came off and flew towards her and she was like – I knew it; they are evil. I really thought she might freak the hell out so that’s why my hand’s were so high. 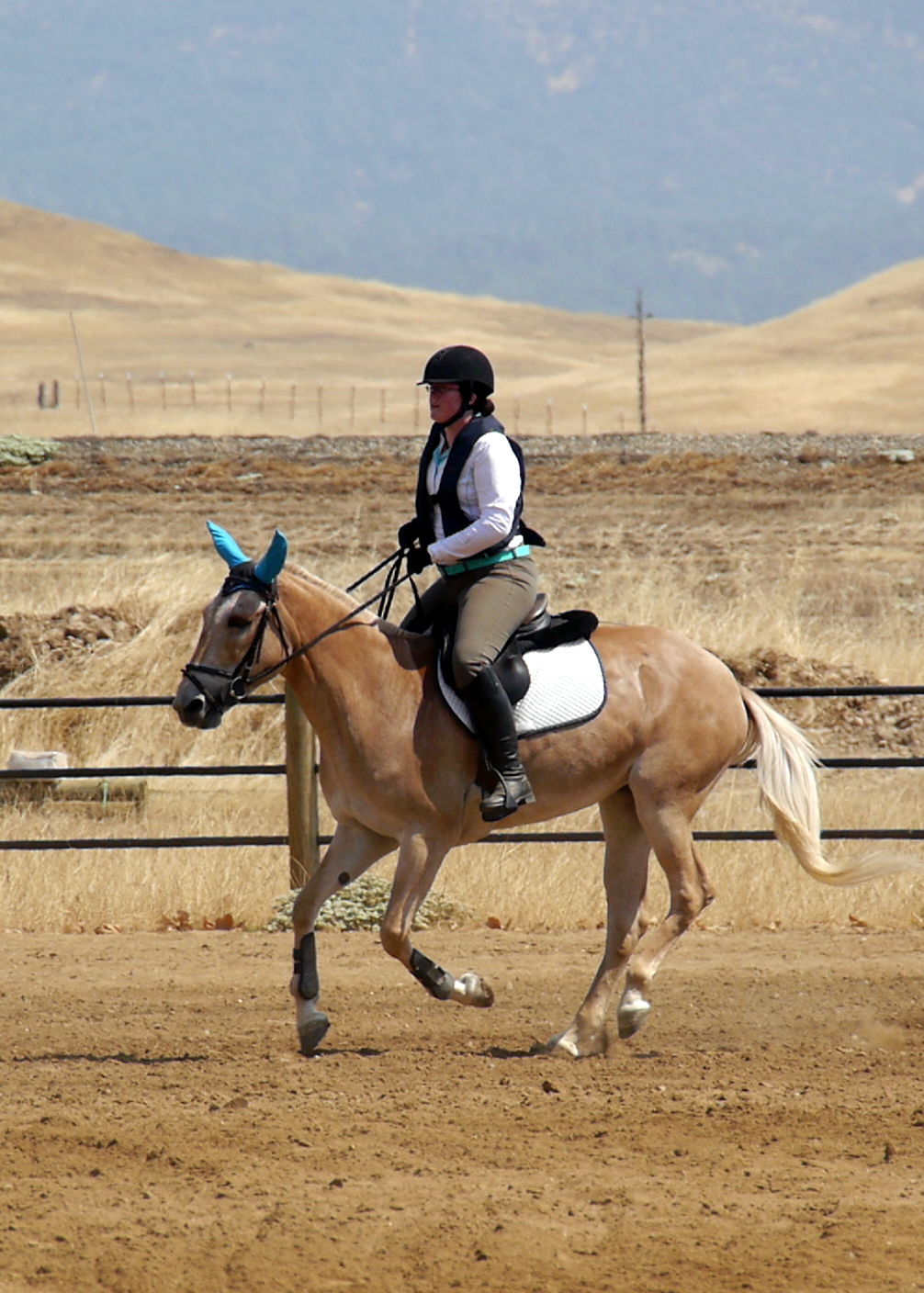 This was such a great event. The facility is awesome, the management was excellent, the cross country course was so fun, and everyone was really friendly. I had a ton of fun and I really hope I can go back next year. As we were packing up, one of the volunteers asked if I had gotten my prize. Prize? I didn’t even know there were prizes. Because I was so convinced I wouldn’t get higher than 6th, I had completely forgotten that there were prizes for 1st-3rd. I got a whole bag filled with prizes! This event just got even better. 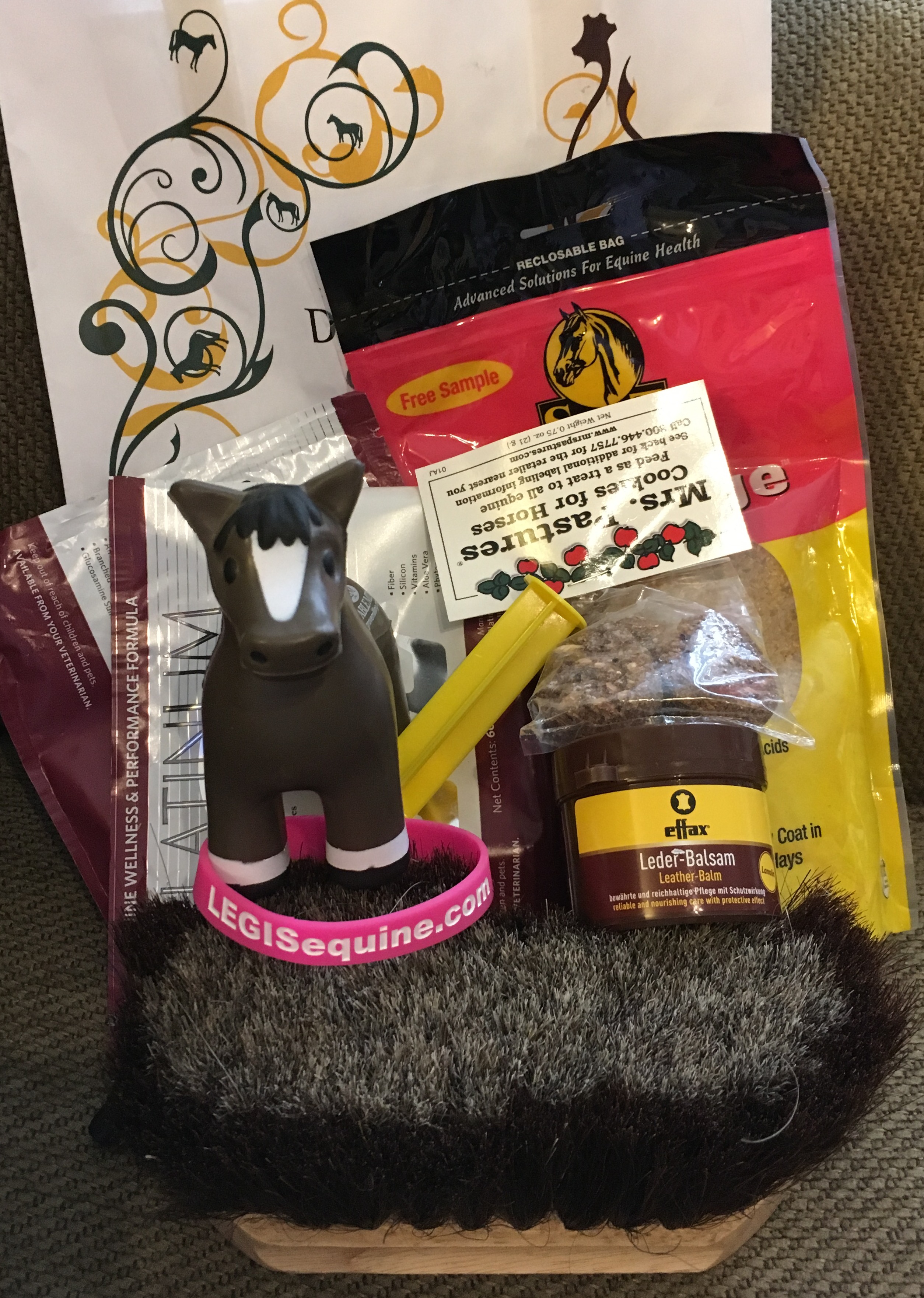 And I have this amazing mule to thank for it. She might be in a pain in the ass sometimes and she’s never easy, but I’m lucky to have her. 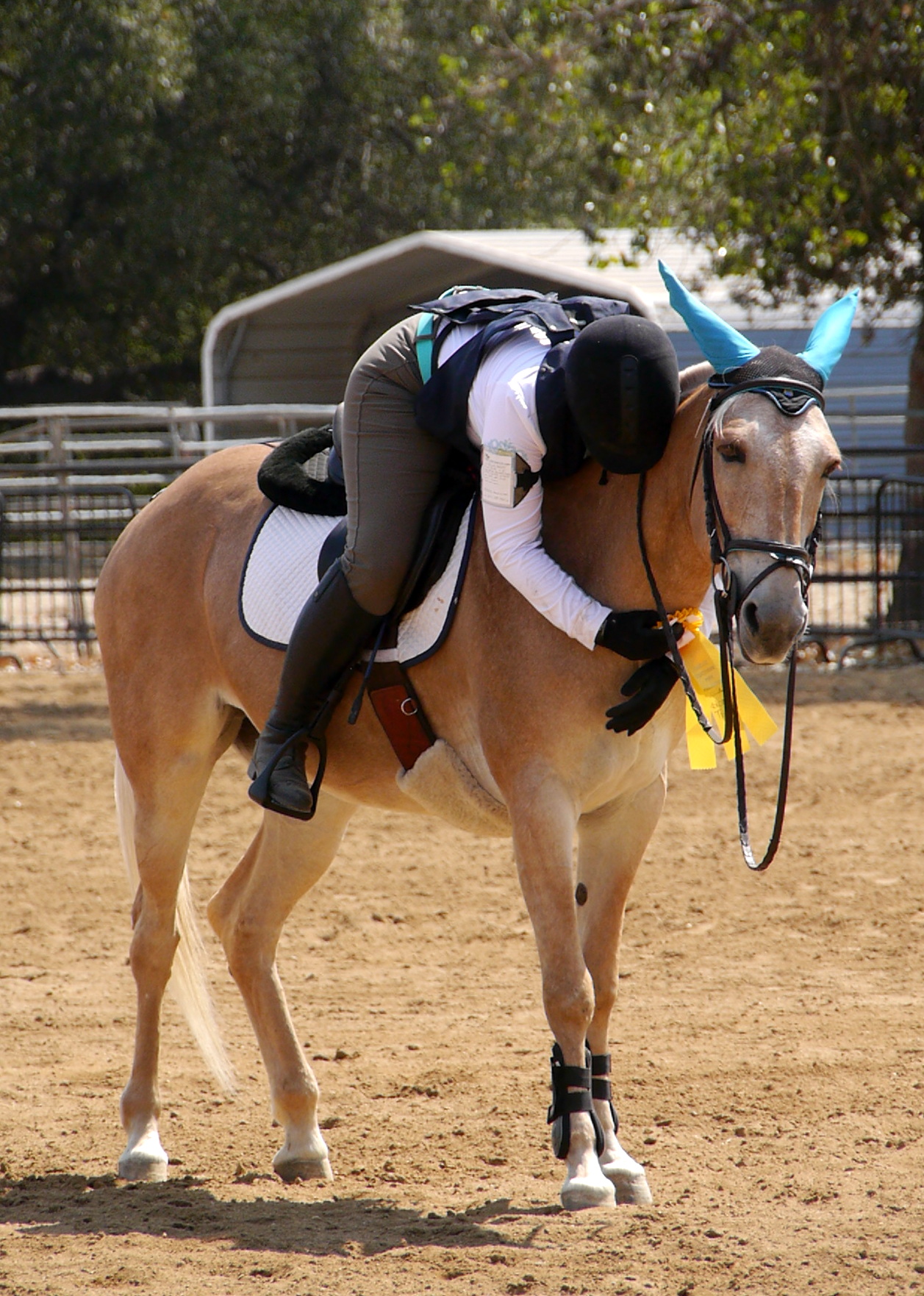