My husband also schooled XC on Friday and Sunday, but I am going to make those a separate post for the sake of this post not being really long.

Eugene is getting better about going to new shows, but he’s still tense and dressage is not his favorite. Is it any horse’s? For this show we tried out having my husband take him for an early morning warm up after breakfast. Then he got a second warm up after my test and before his. I’m not sure if this was successful or not. My husband said he was actually calmer at the first warm up. 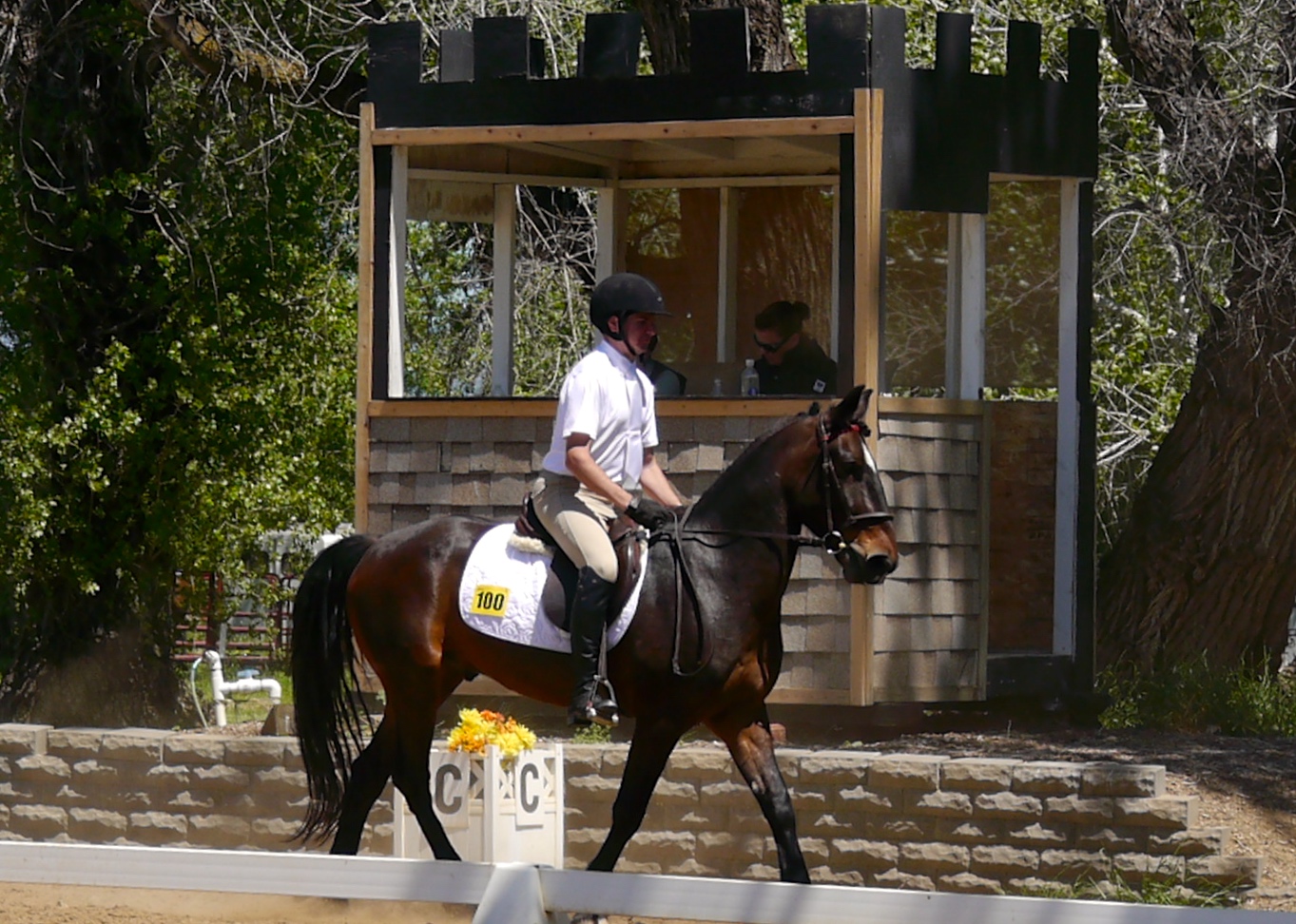 At least some of our training is working. This is the first time this horse has gone into a dressage test without spooking at the judge’s booth first. 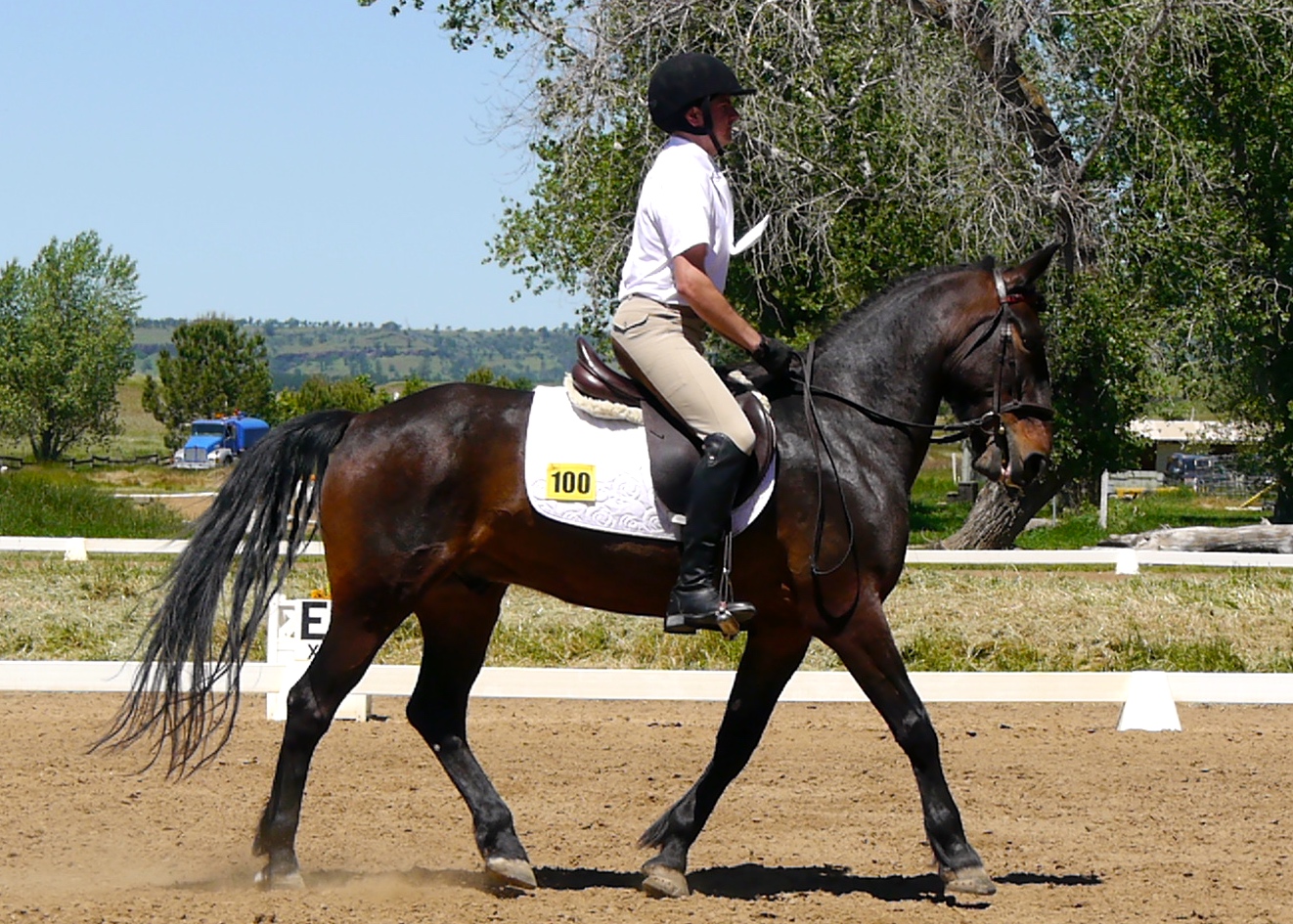 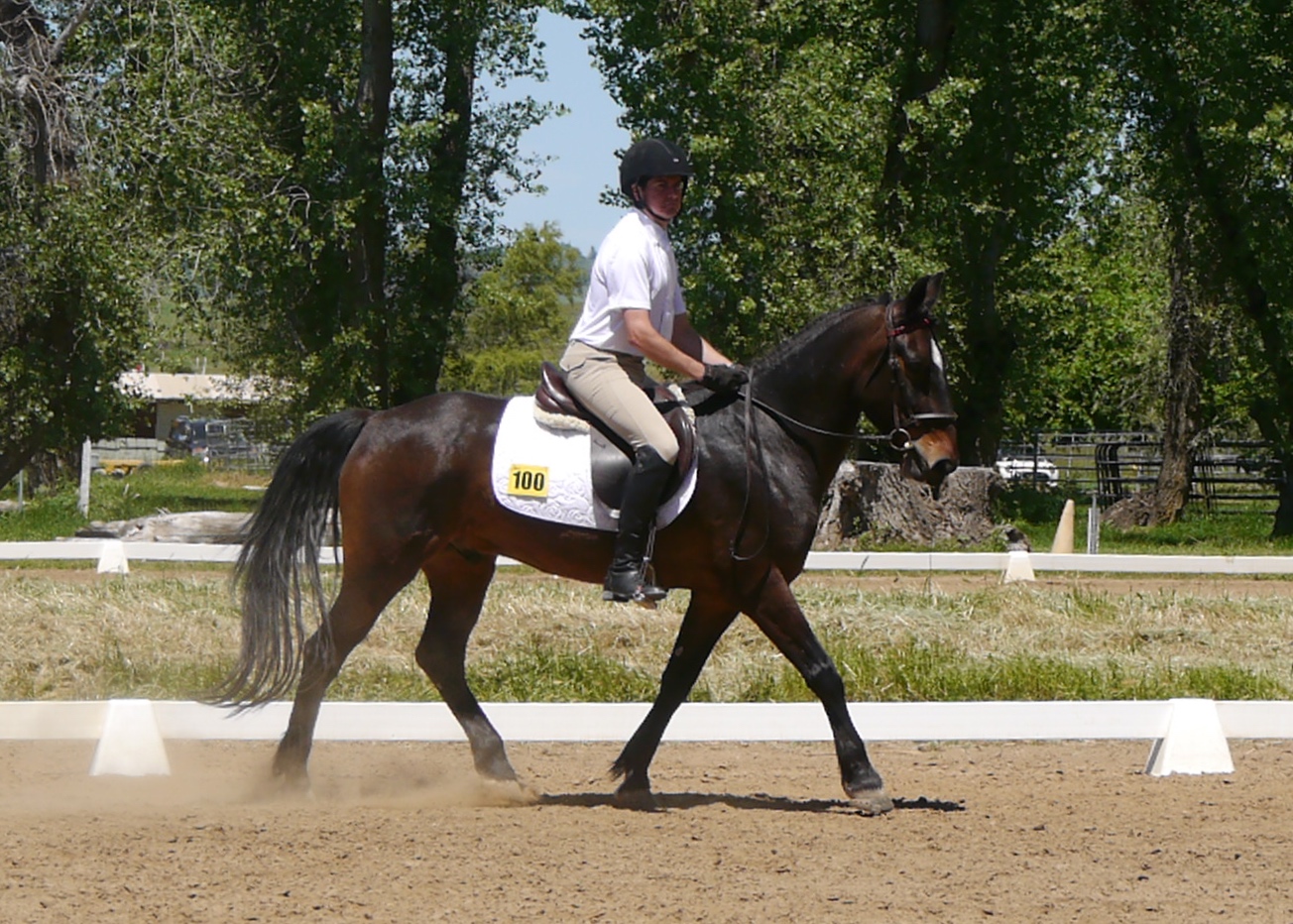 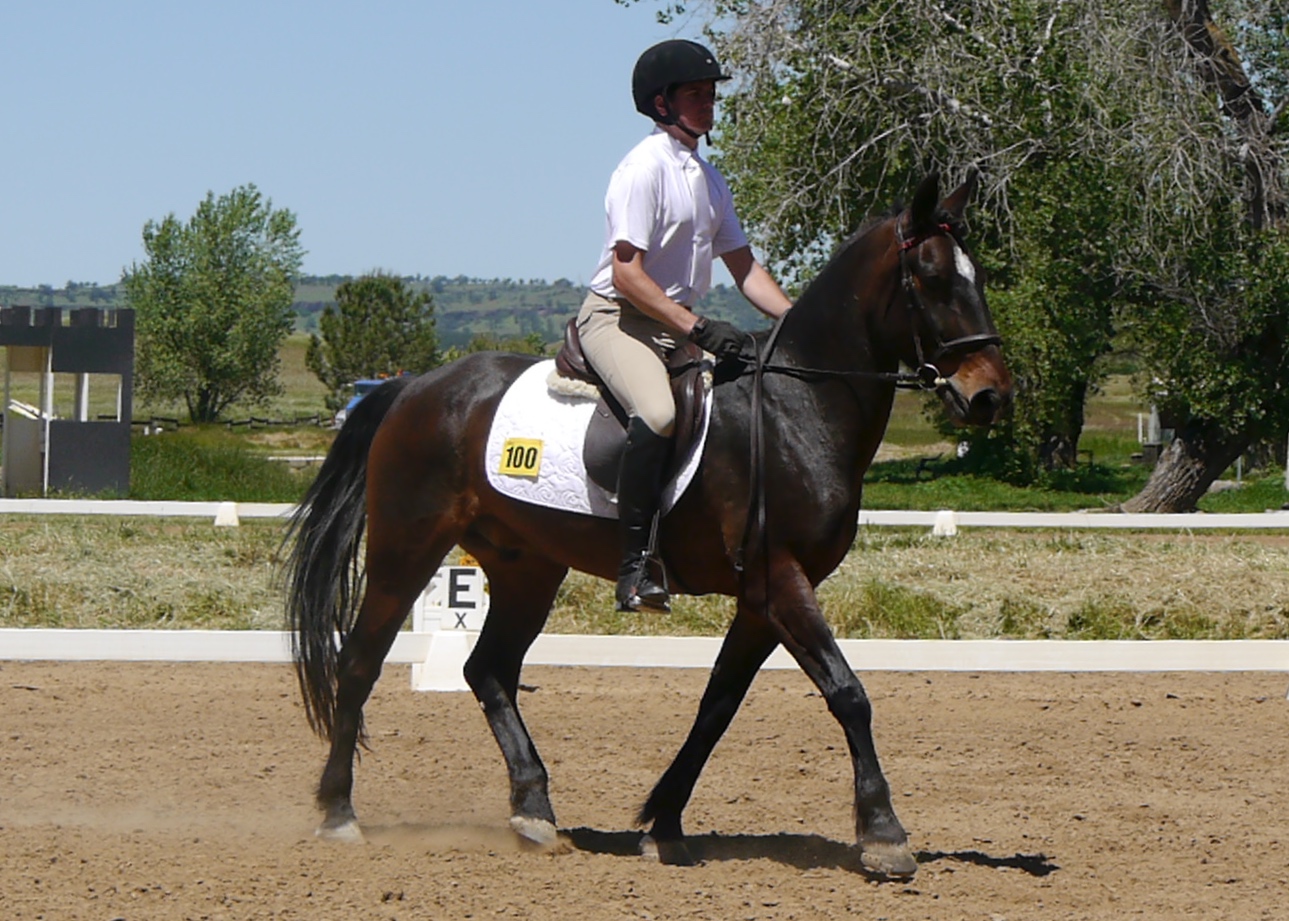 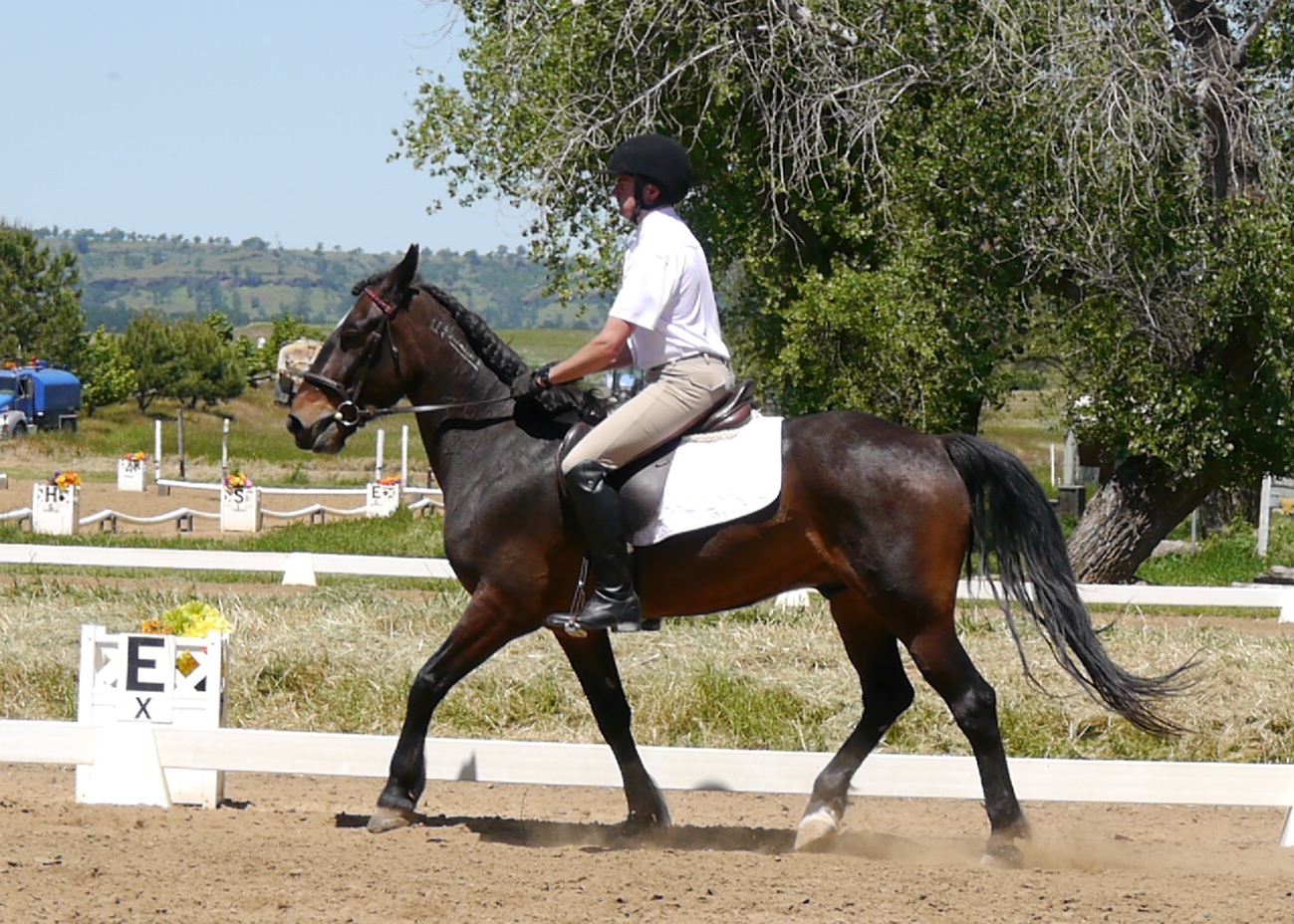 There is no bend. There is only Zuul. 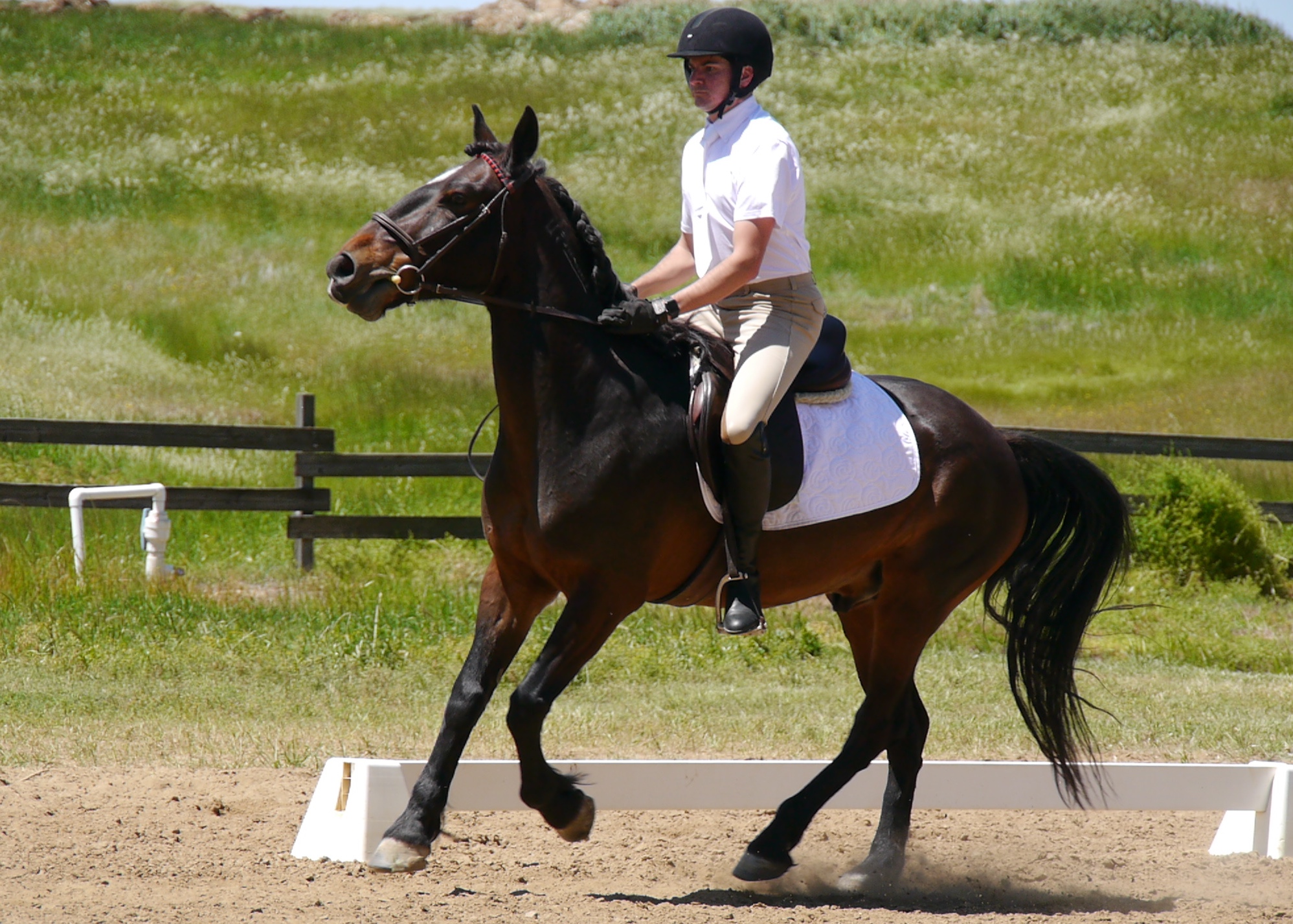 Eugene: “OMG I can’t go over there” 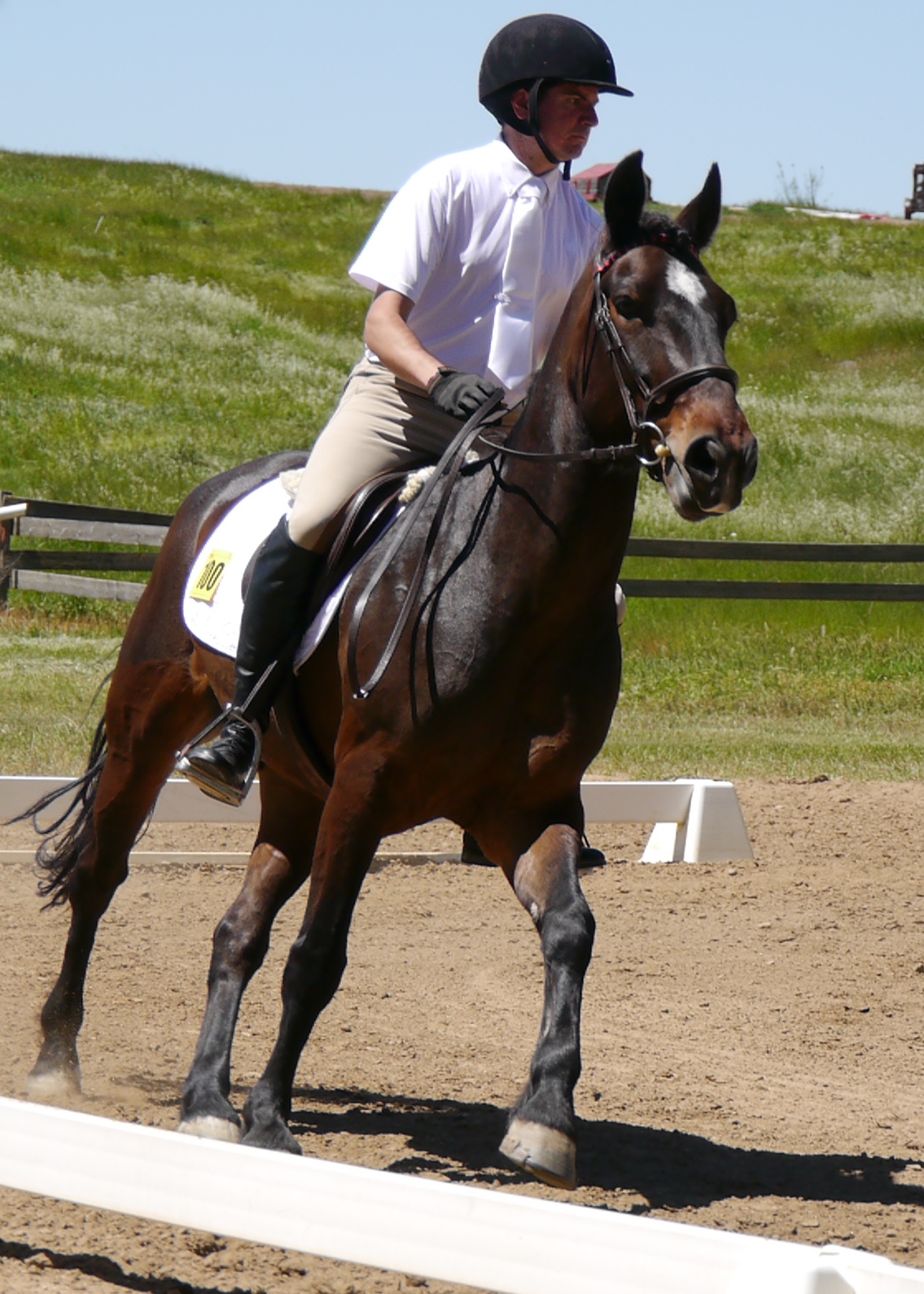 Eugene: “If I lean this way I can get further away from the scary chickens” 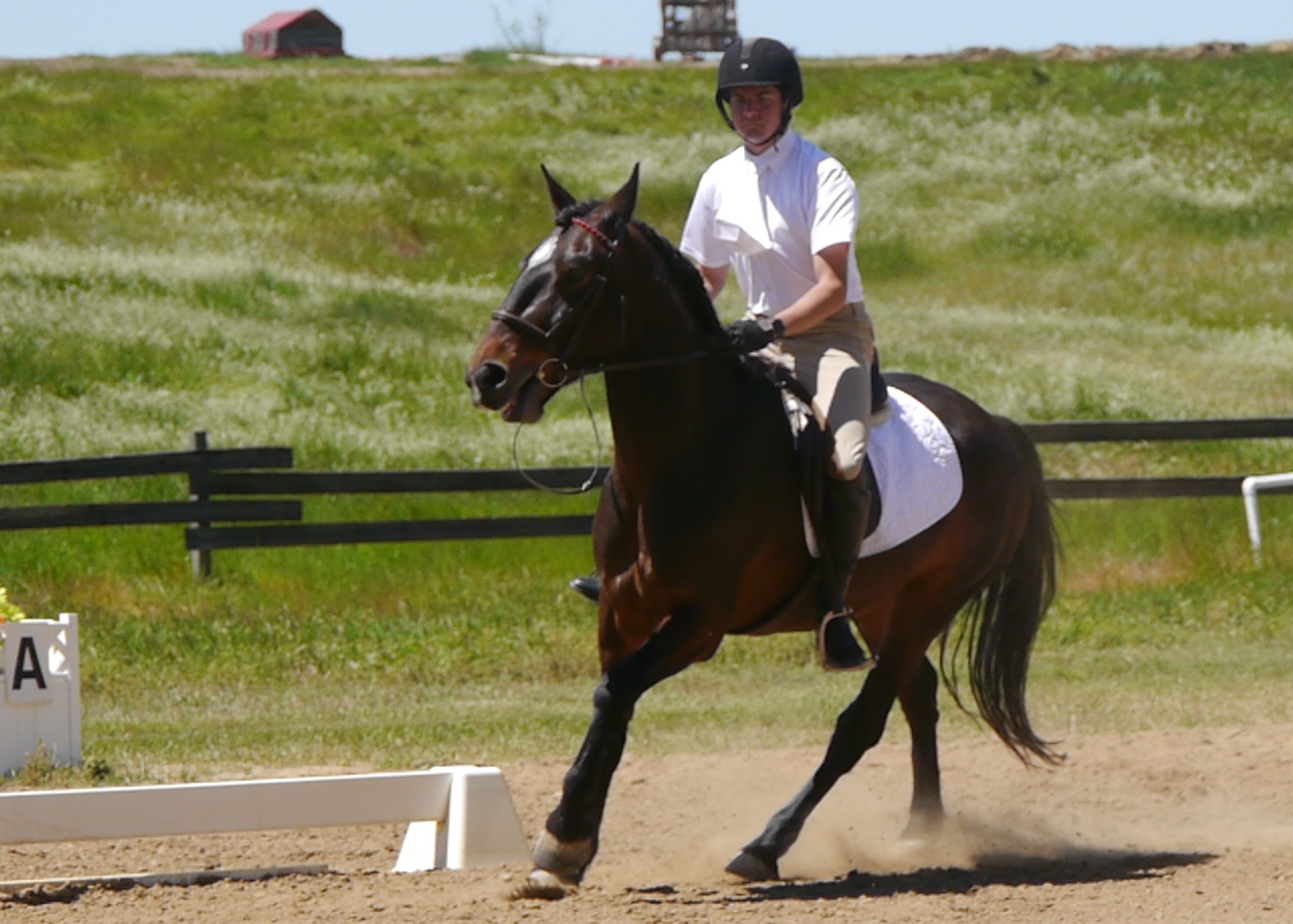 Eugene: “OMG the metal chickens are still there. Evade! Evade!” 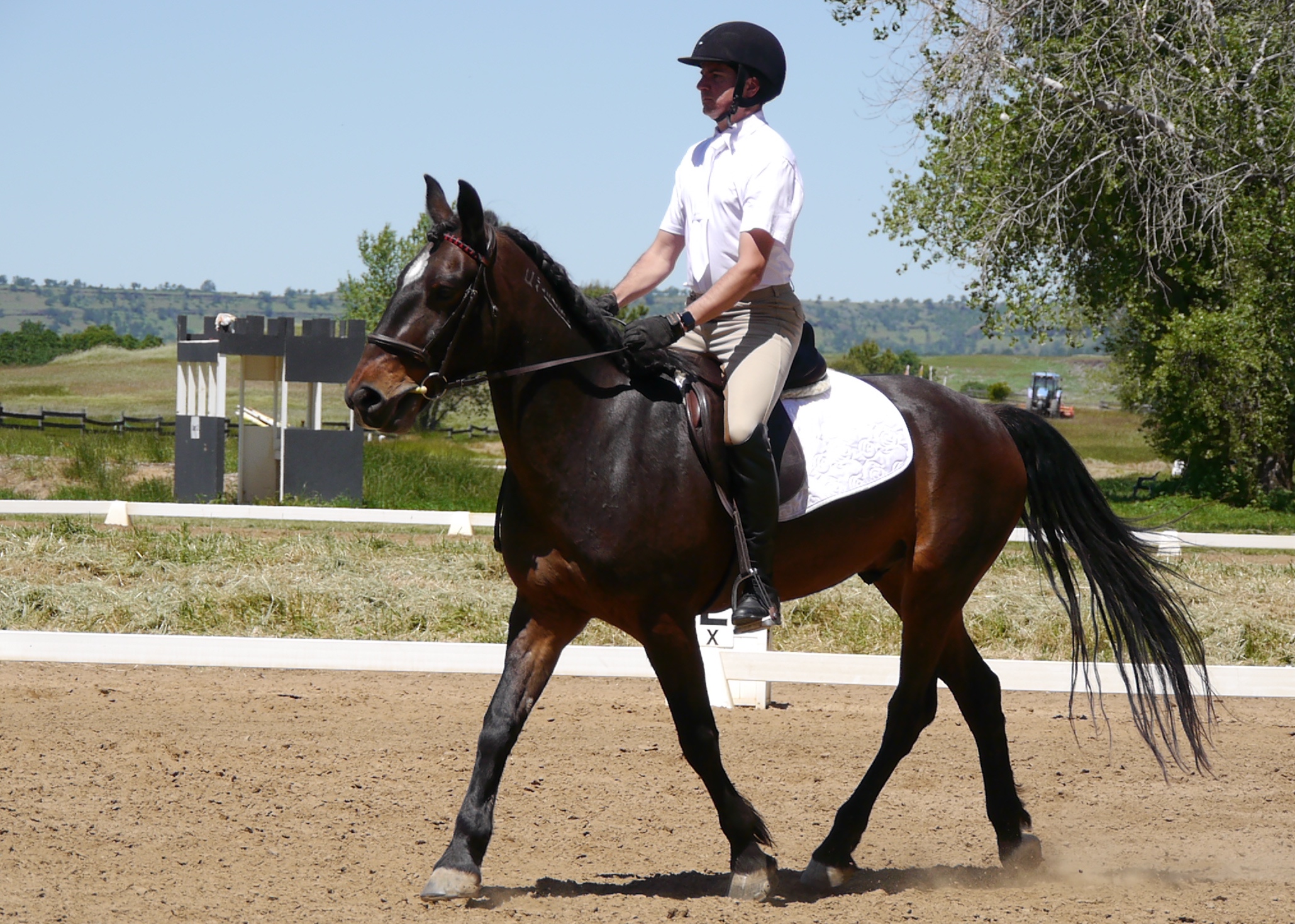 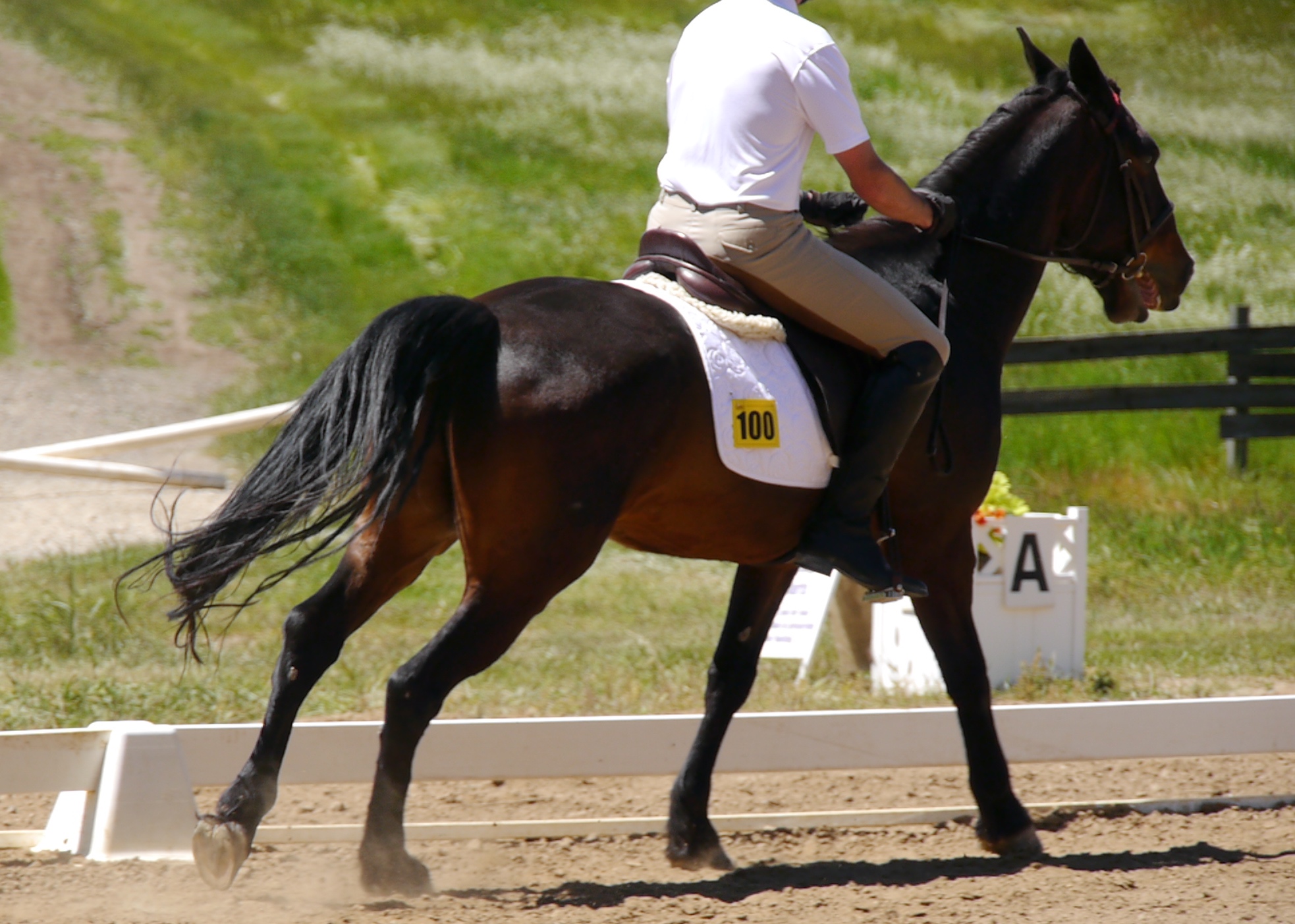 I am so good at photography. Hire me for your next show. 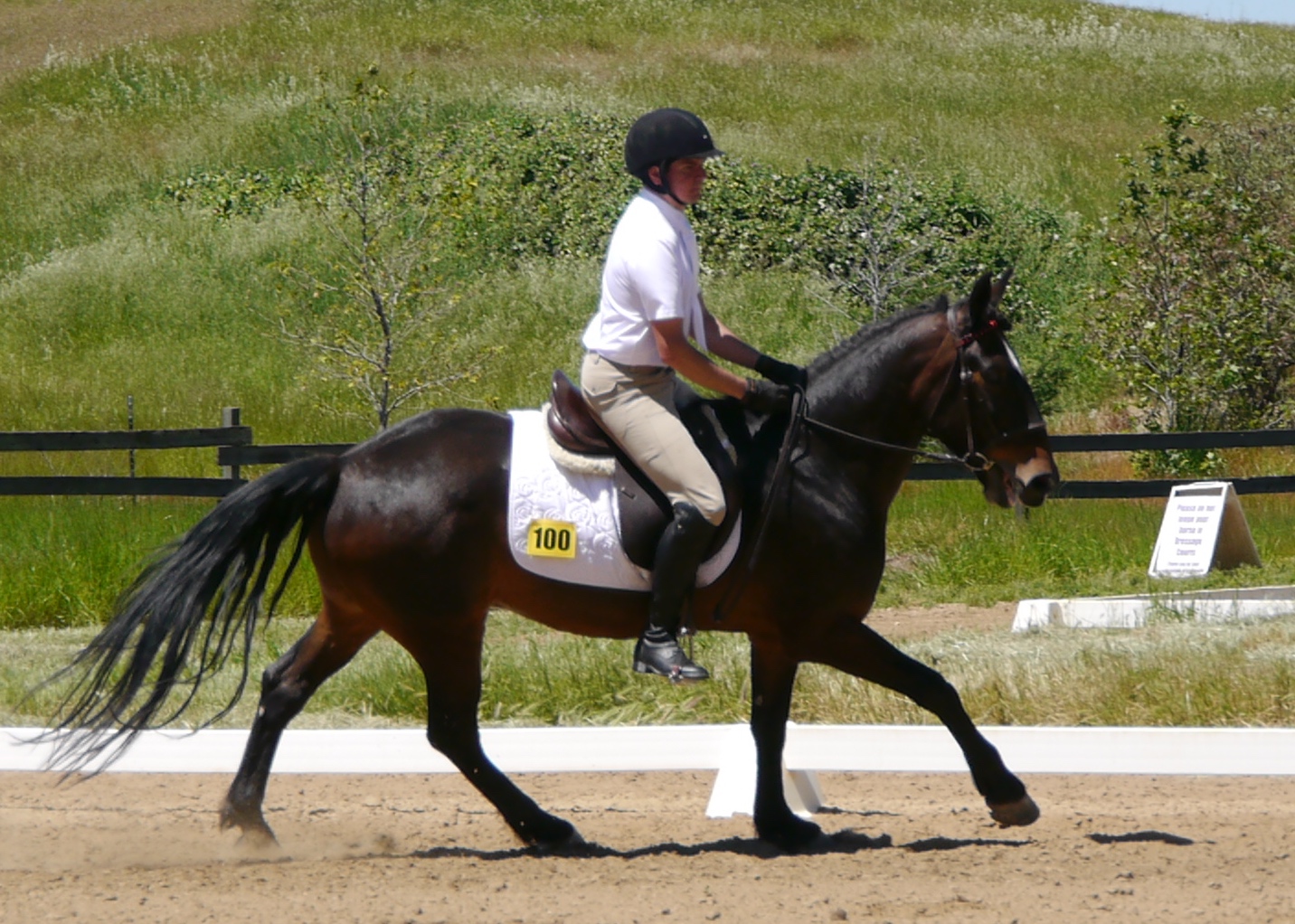 I would have commented “leaning” on this one 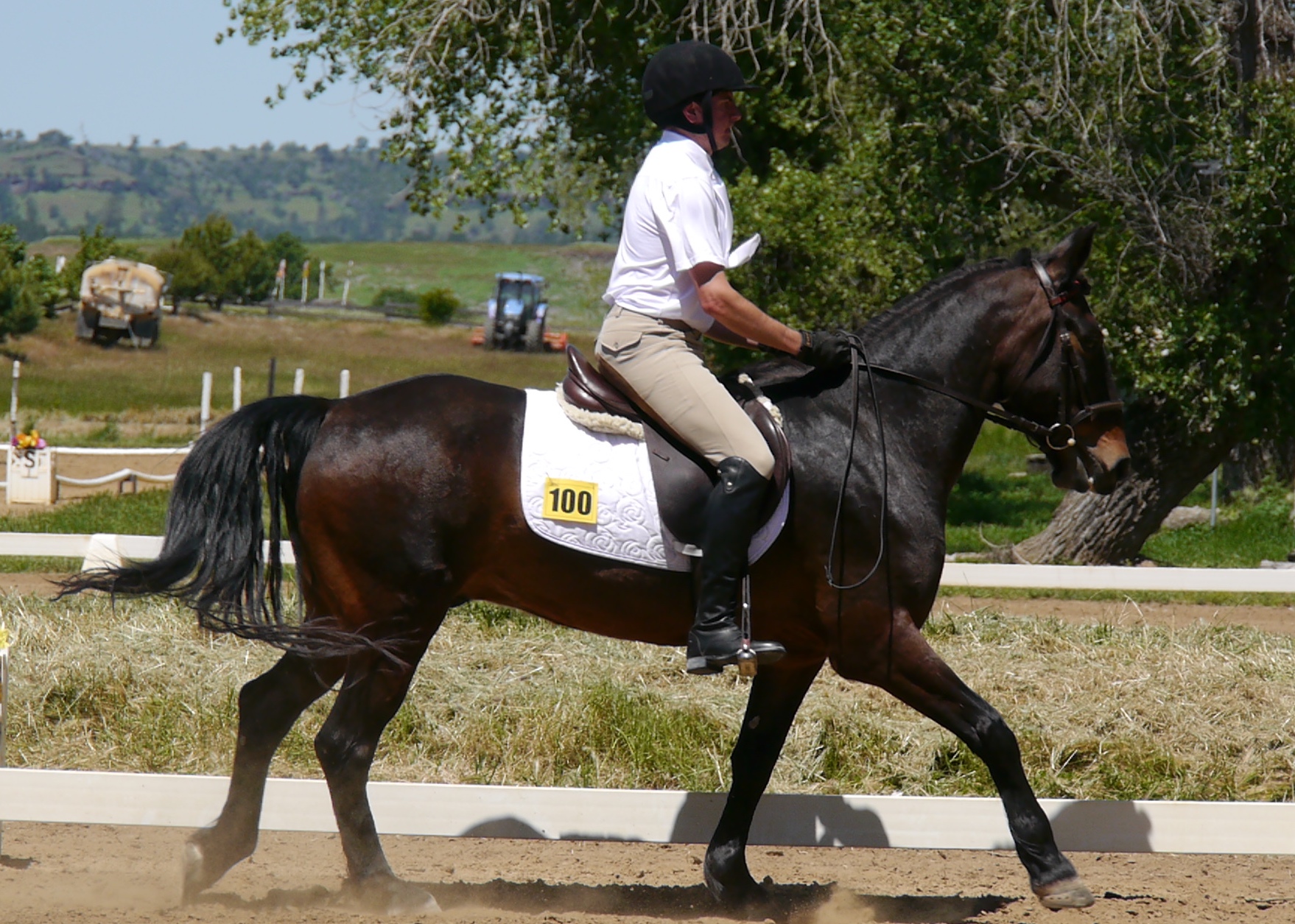 This was actually a really nice transition for his level 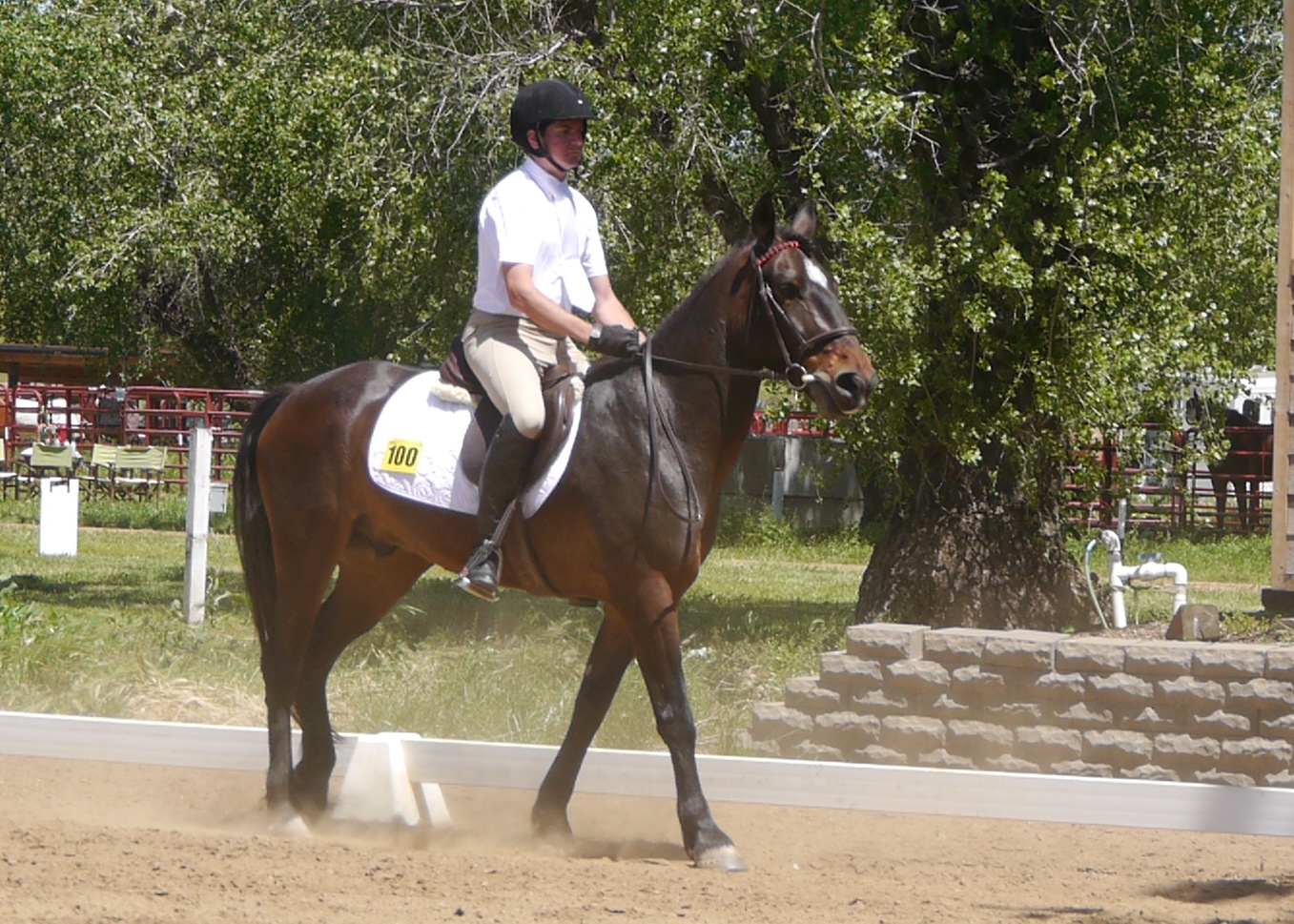 Not sure how this was “accurate.” They’re like 2 strides out from C. 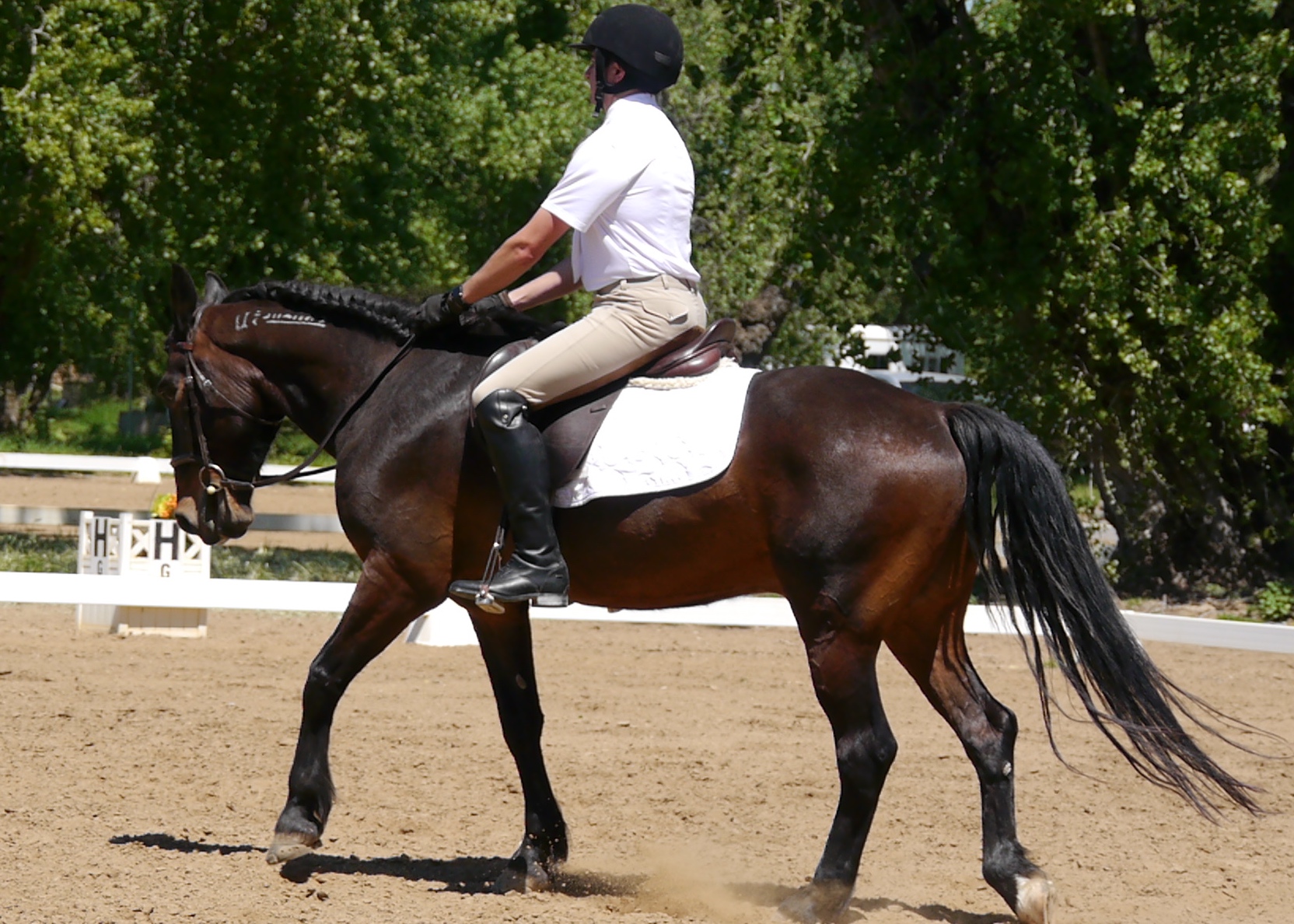 He’s got the walk, he just needs the connection

Movement 14: Working trot at K and down centerline
Judge’s comment: “braced in turn but straight on cl”
Score: 6.5 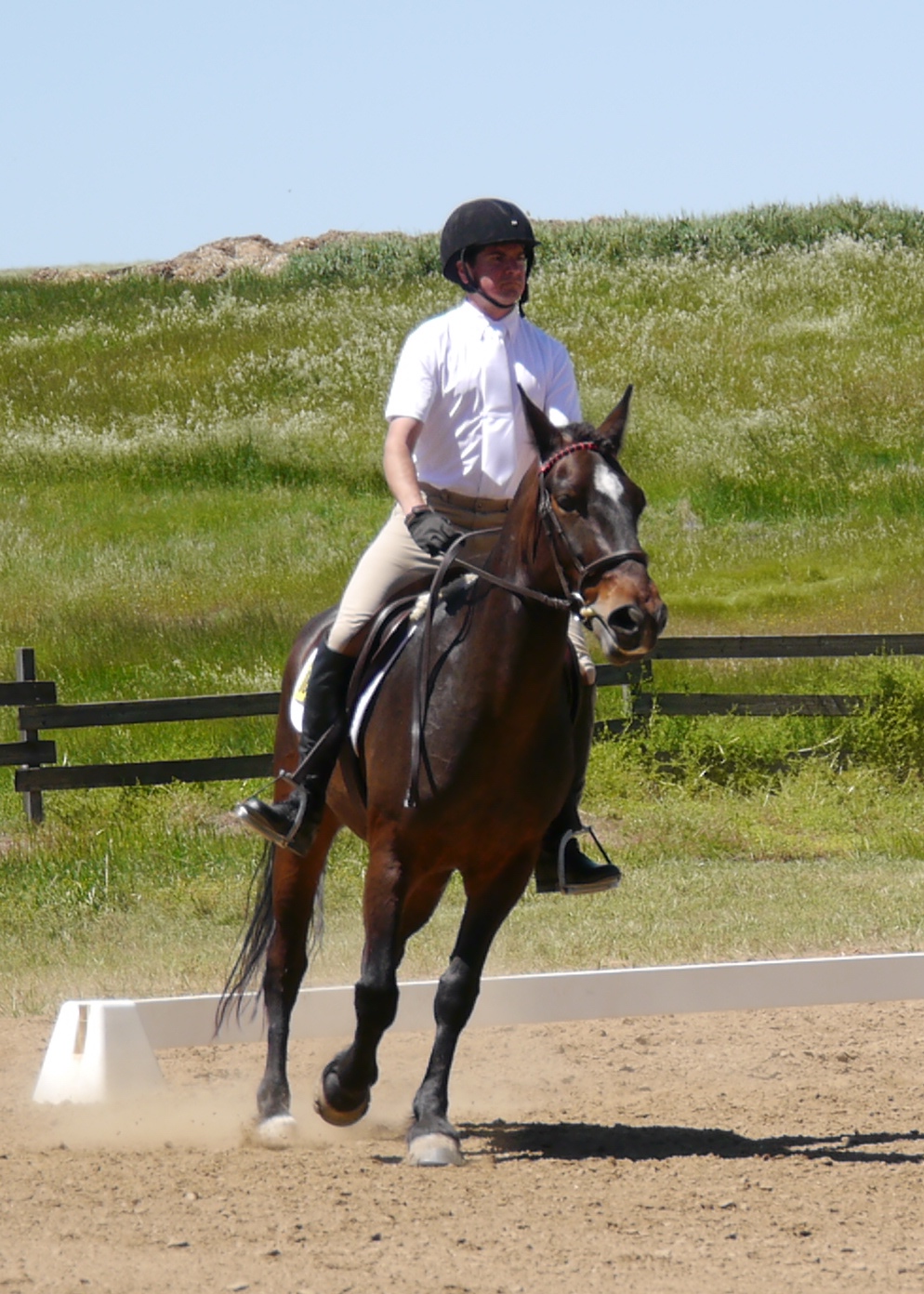 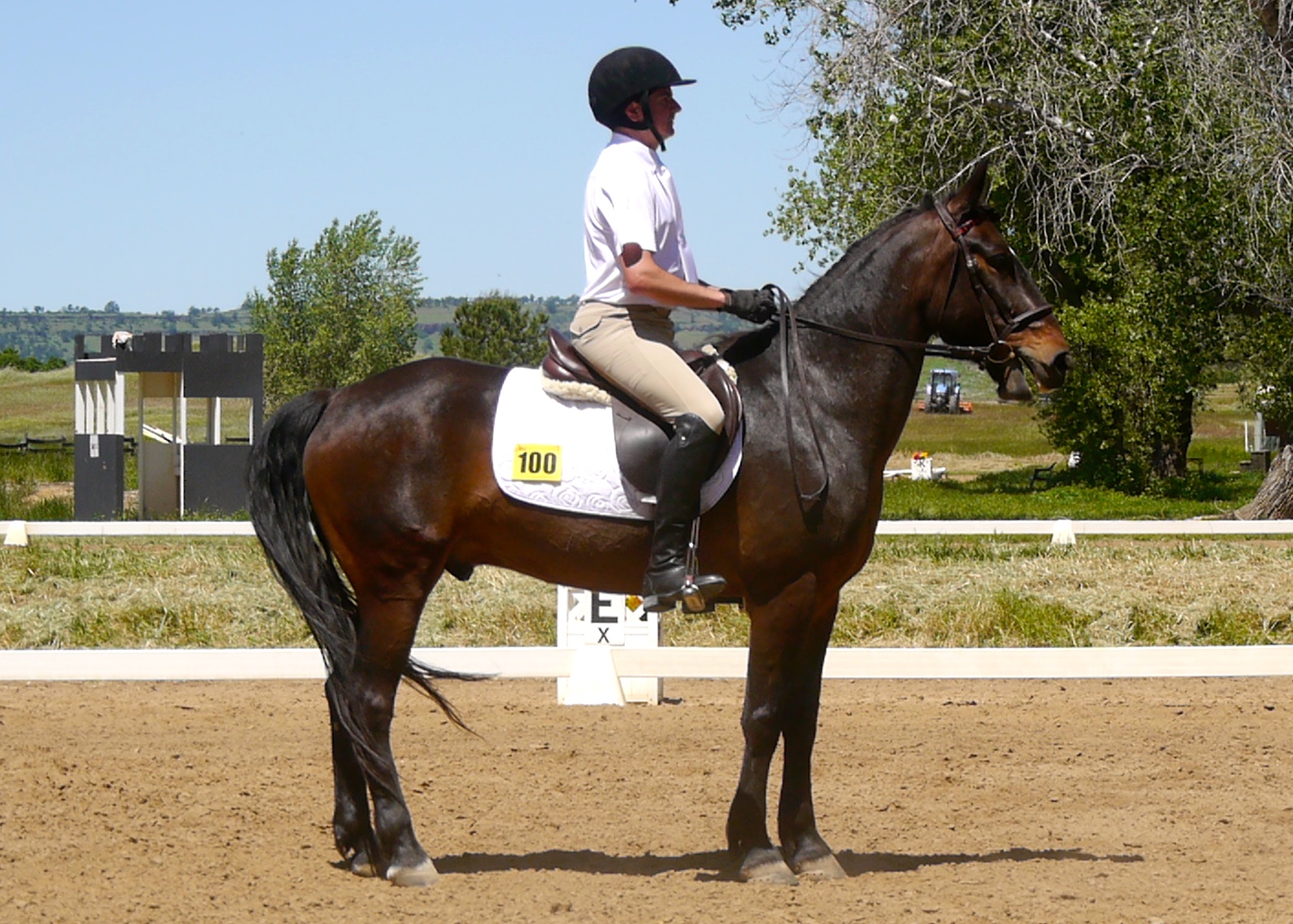 I didn’t get to see their stadium test or take any pictures. They were double clear though my husband said Eugene was quite spooky at some of the jumps. We went in and schooled some of the jumps the next day so you get some “dramatic re-enactments.” 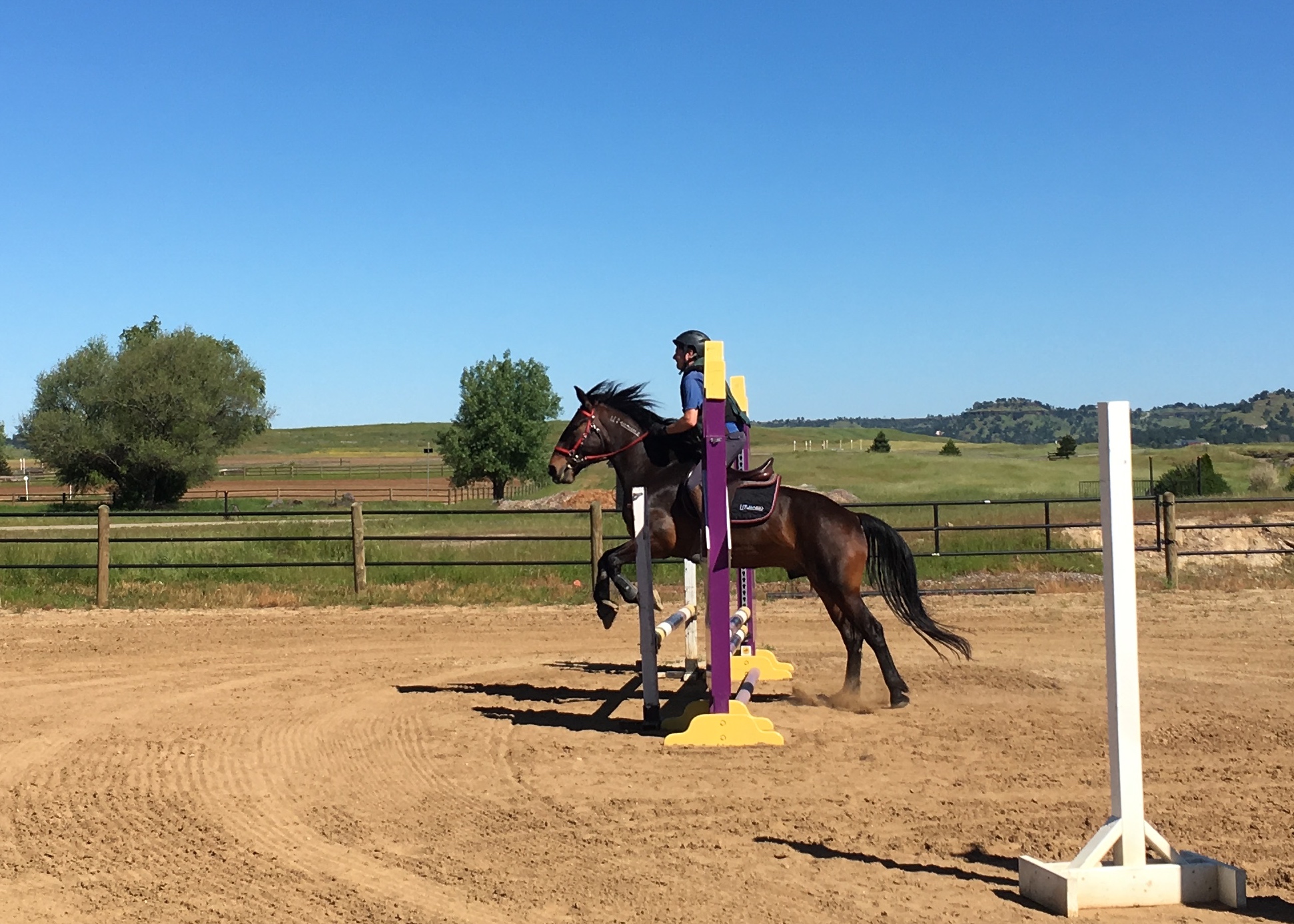 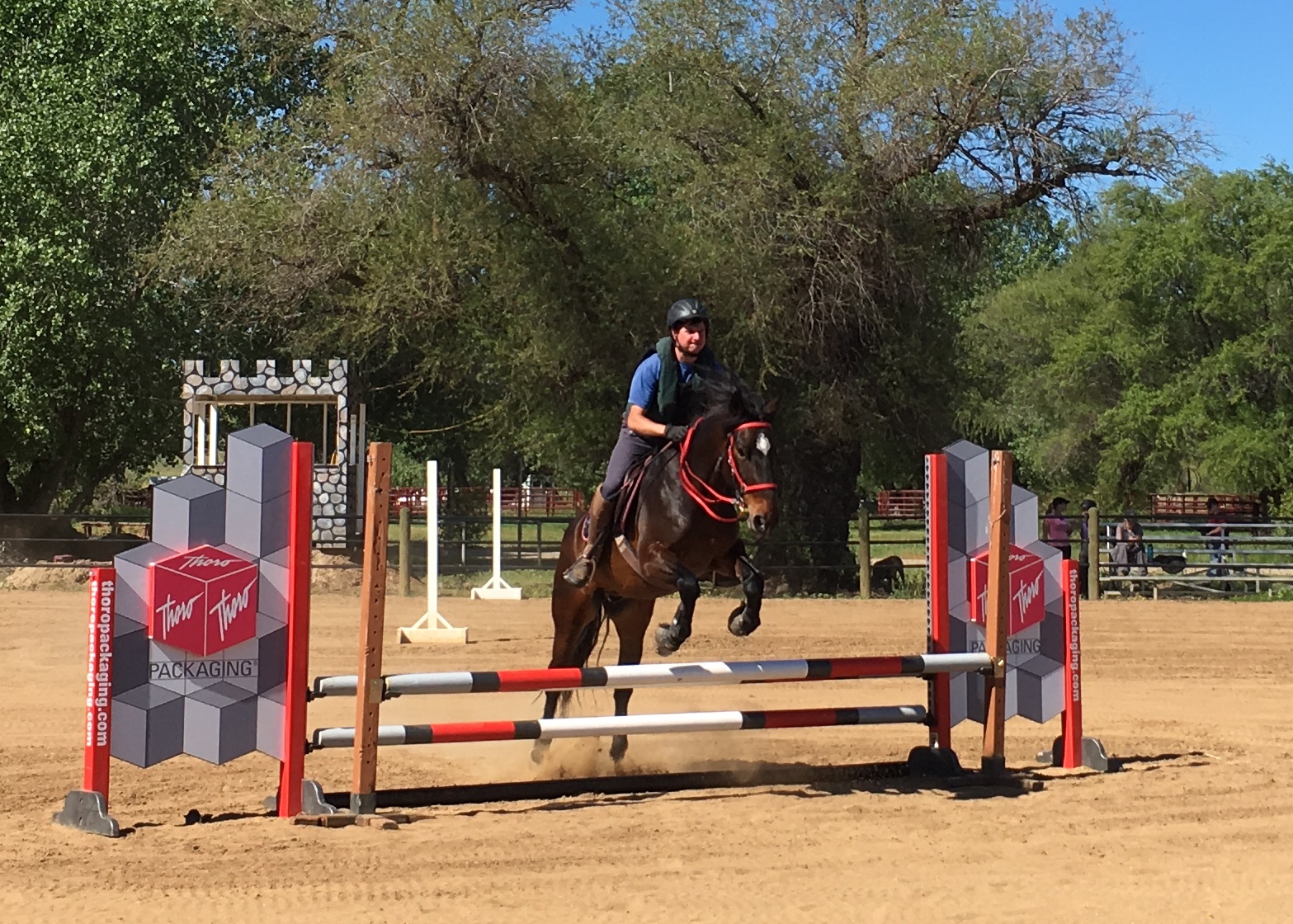 I did hang out after I finished my test to see my husband go. They were running a little behind so we had a few minutes. I reminded him to turn on his cambox and he still completely forgot to do it. I did get some very distant shots with my iphone of them doing a few of the jumps, so that’s all the media you get. Sorry. 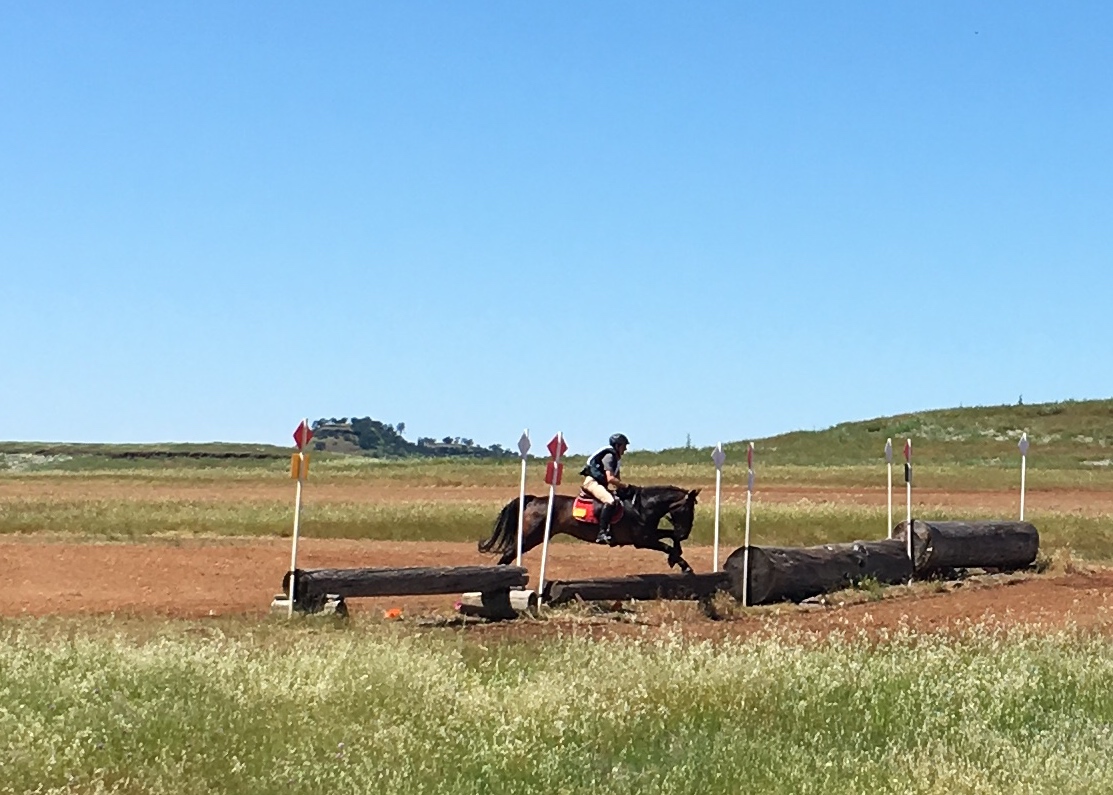 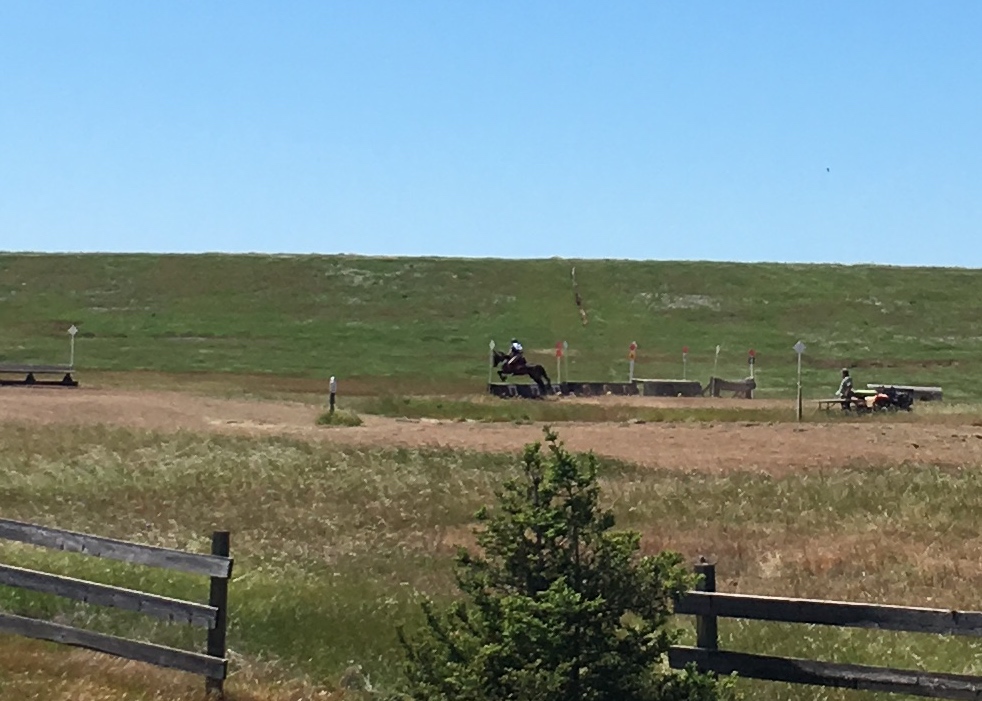 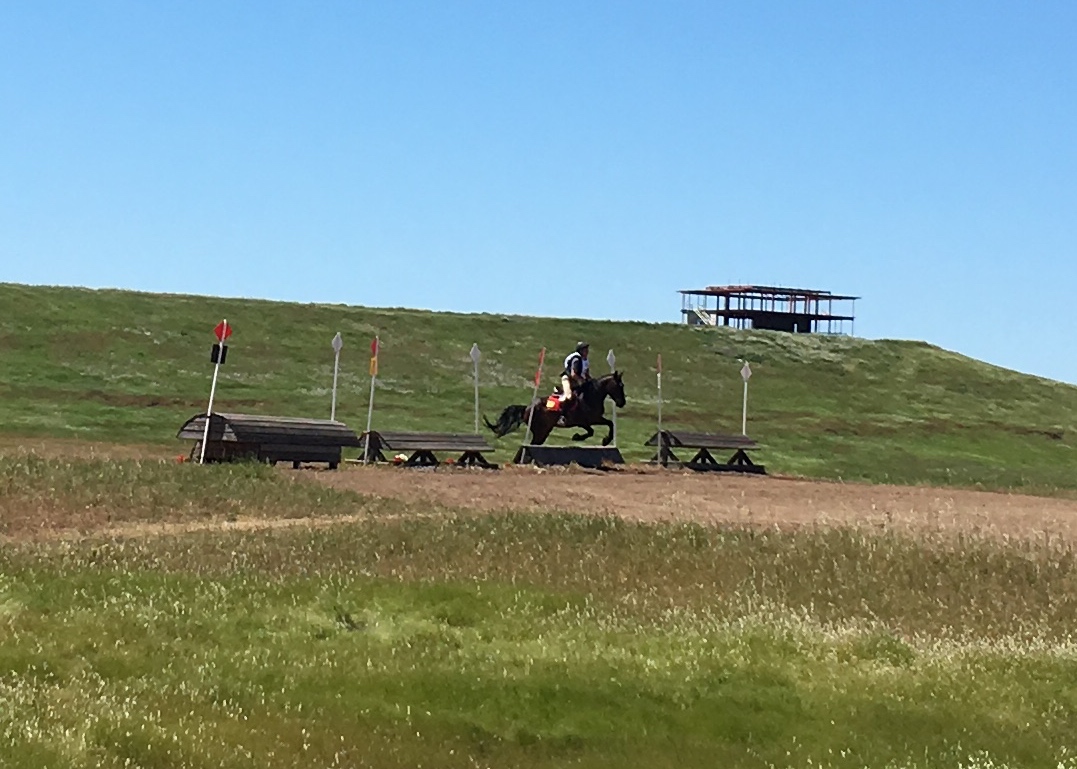 My husband also went back and forth about doing BN for this show. He ultimately decided to do intro because he hadn’t schooled XC since November. We made a few attempts to get to a XC course for schooling, but they kept being closed because of the rain. In hind-sight Eugene does not need to do intro anymore. But it was probably the right choice with what we knew at the time. His next event will be BN.

My husband was 6th after dressage, 5th after stadium and 2nd at the end of the day. And they finished on their dressage score. The 2nd place prize was a set of HDR rubber grippy reins which I think will be really good for XC. Winning prizes is addictive.

The couple that shows together stays together. #horseshow #eventing #horseblog #couplegoals