After I finished my XC round for the division, we hung out waiting for the other divisions to go before schooling. My husband wanted to take Levi over some bigger jumps and I think he was still wishing he’d gotten to do the whole show with Levi at the BN level. He asked if there were any in particular that I thought he should do and I said #9 since we walked over that one.

Levi was a little wiggly, but kept the canter this time and jumped it making sure it couldn’t touch him. 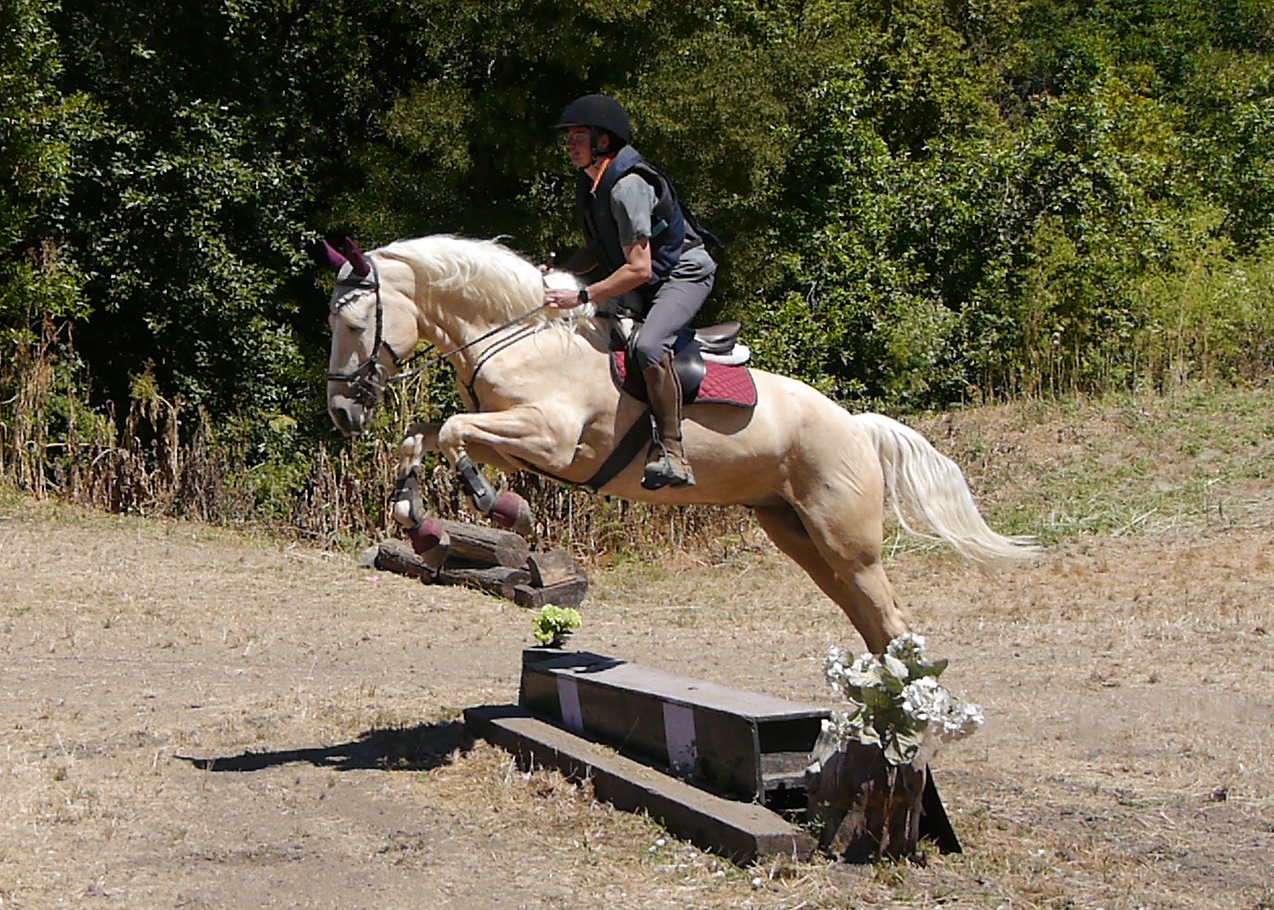 Then they came around and did 1 from the other direction. Levi was still firmly in the “no touchy” state of mind, but hey, I’m not gonna complain about that. I’d much rather him over jump than smash through things. 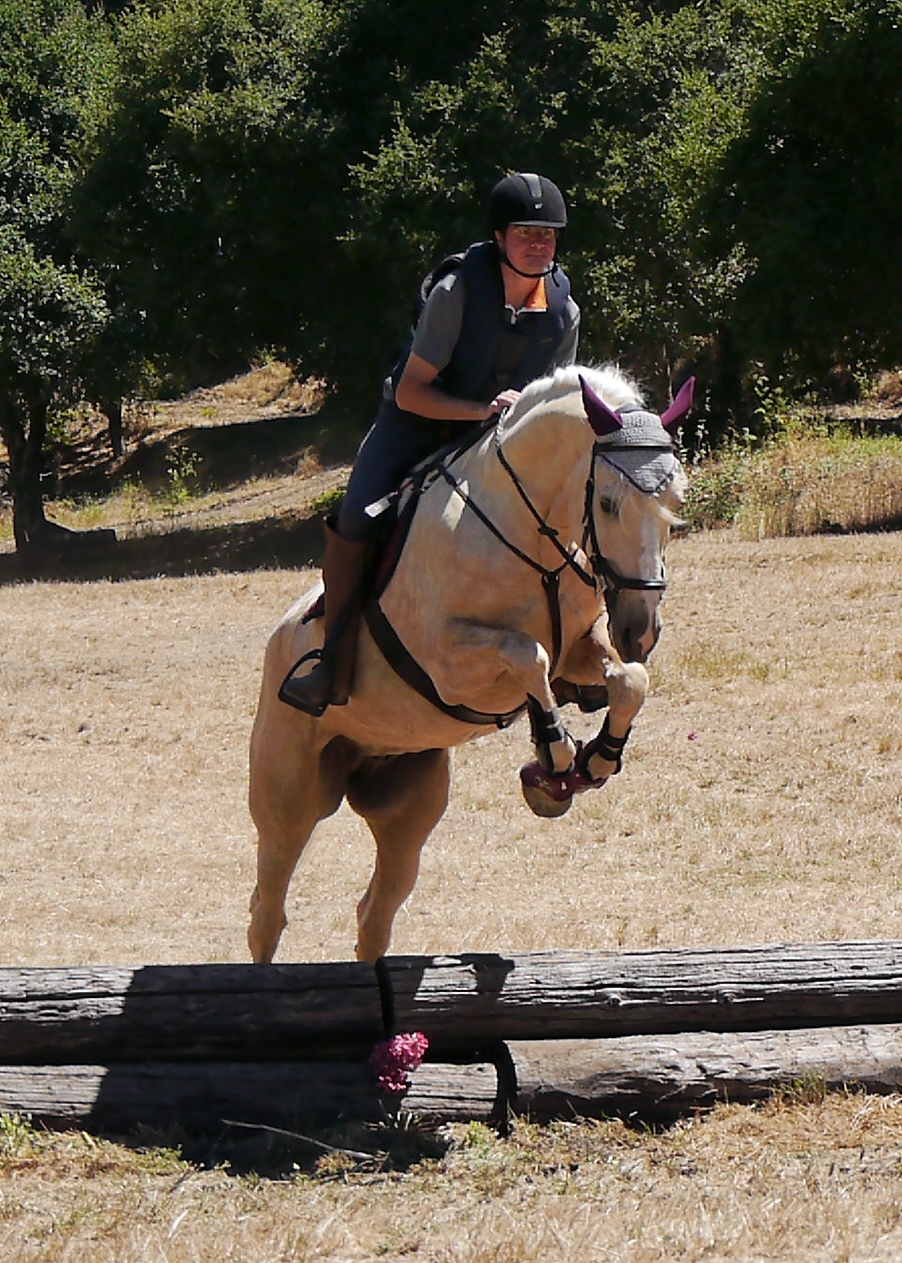 Then they just played around popping over different jumps. 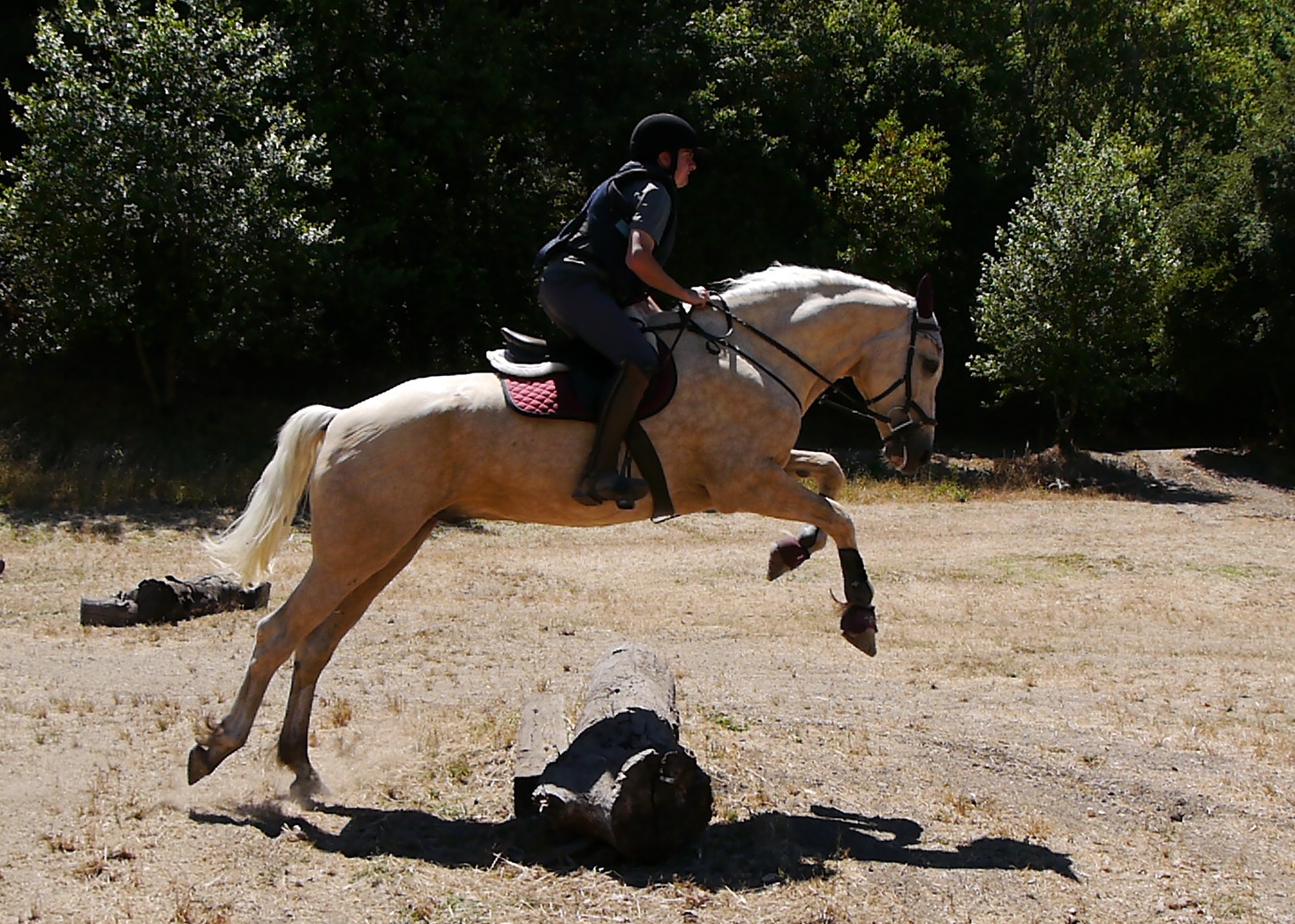 No touchy all the things

For a horse that is normally lazy as all get-out and had just done all three phases, he still had a ton of energy. My husband took him over to the water. I was pretty far away so the pictures are terrible. Levi thought the water might eat him, but he finally crept in. 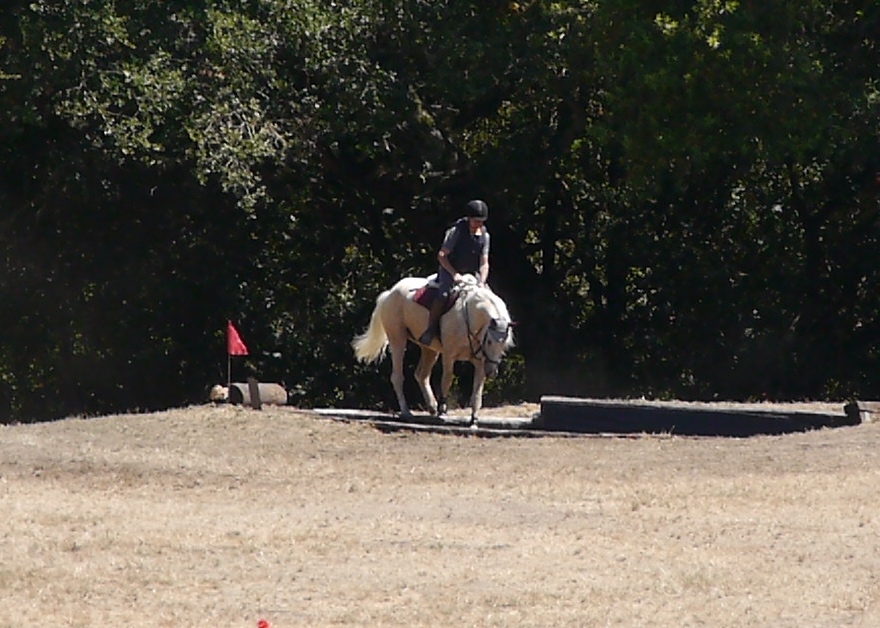 They ran around hopping over most of the course I had done and then my husband tried to do a new jump. And it was a very different looking jump and Levi was like, how about I exit stage right instead. 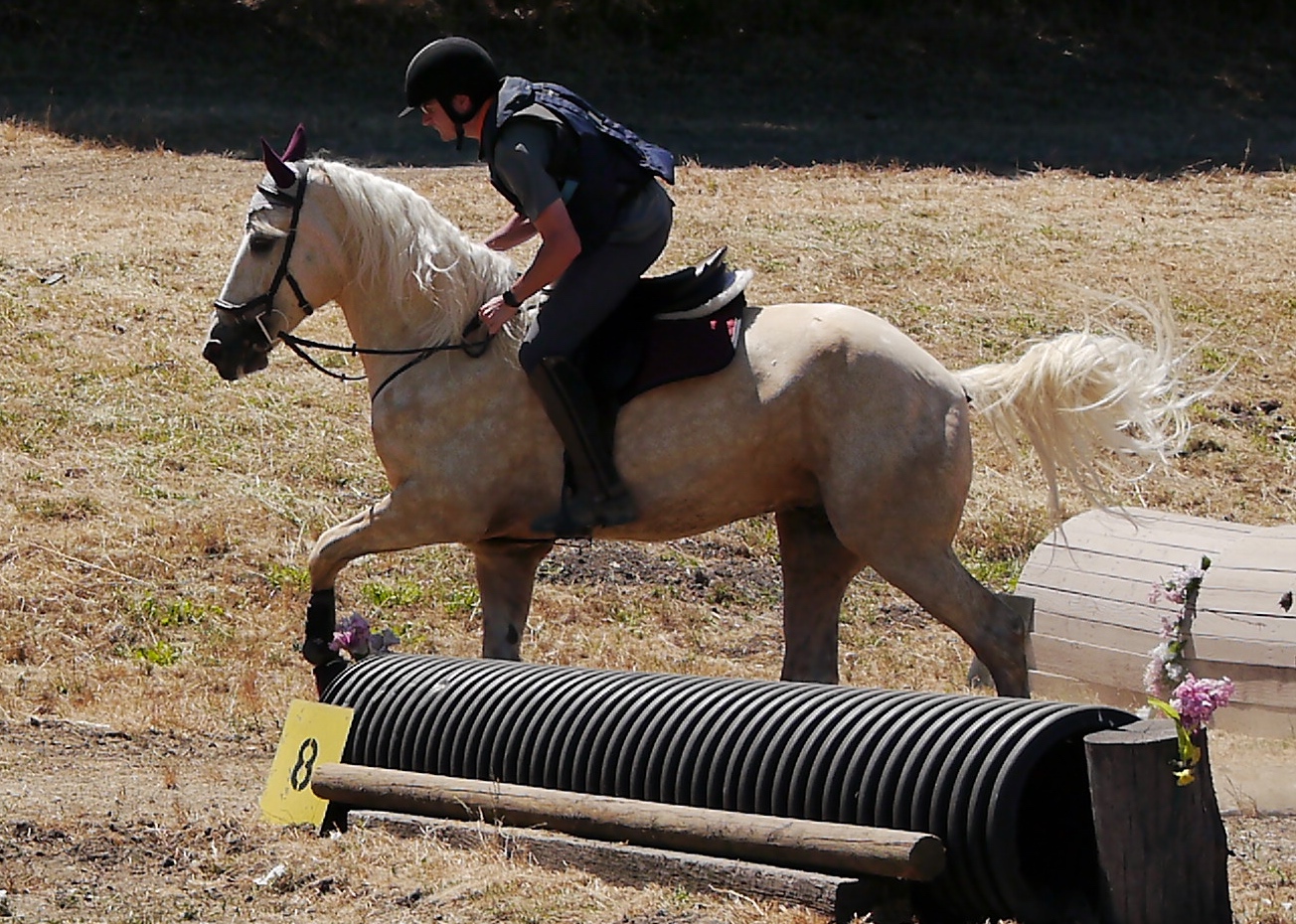 My husband got him straight the next time around, but Levi felt like it still needed further consideration. 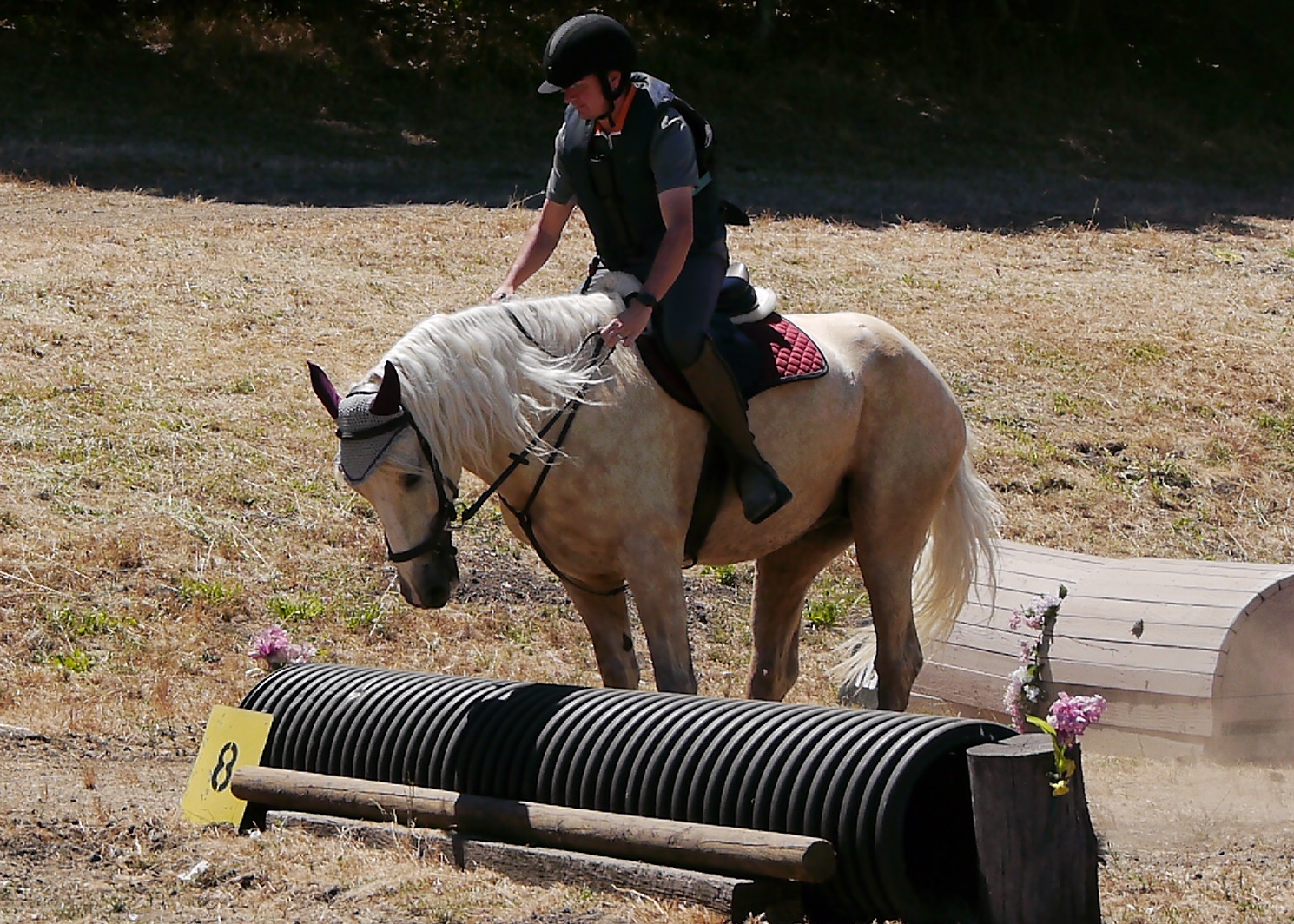 It was tiny enough that my husband just made him walk over it (I’m not sure what our solution is going to be once the jumps get bigger) and the third time was the charm: 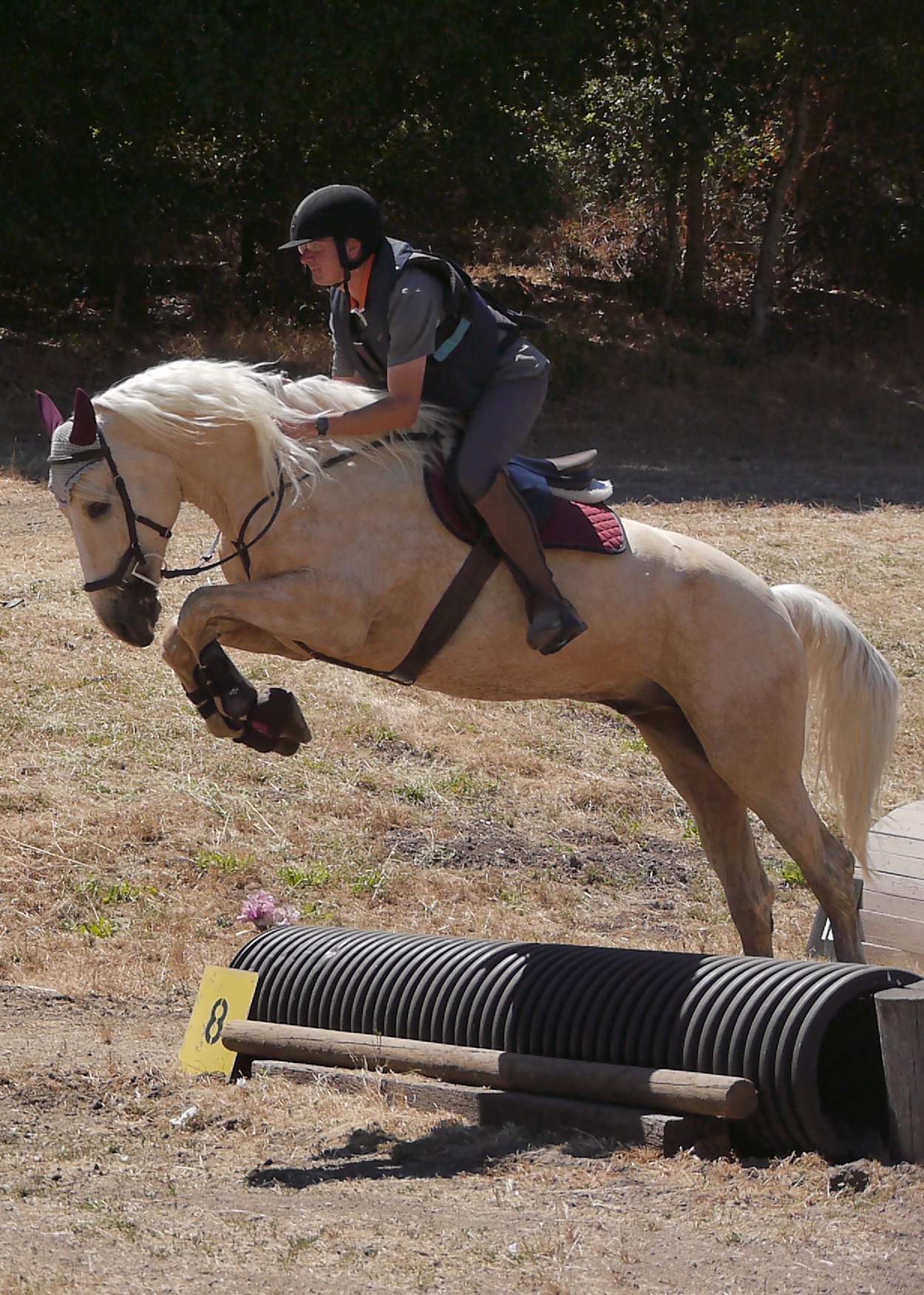 can someone please photoshop a huge jump in here?

Kate was just hanging out watching her kids go so my husband asked if she wanted to try Levi. Her comment was something like “yeah, I kinda think I do.” She spent a few minutes reminding him that he did, in fact, need to listen to her and then off to the jumps. 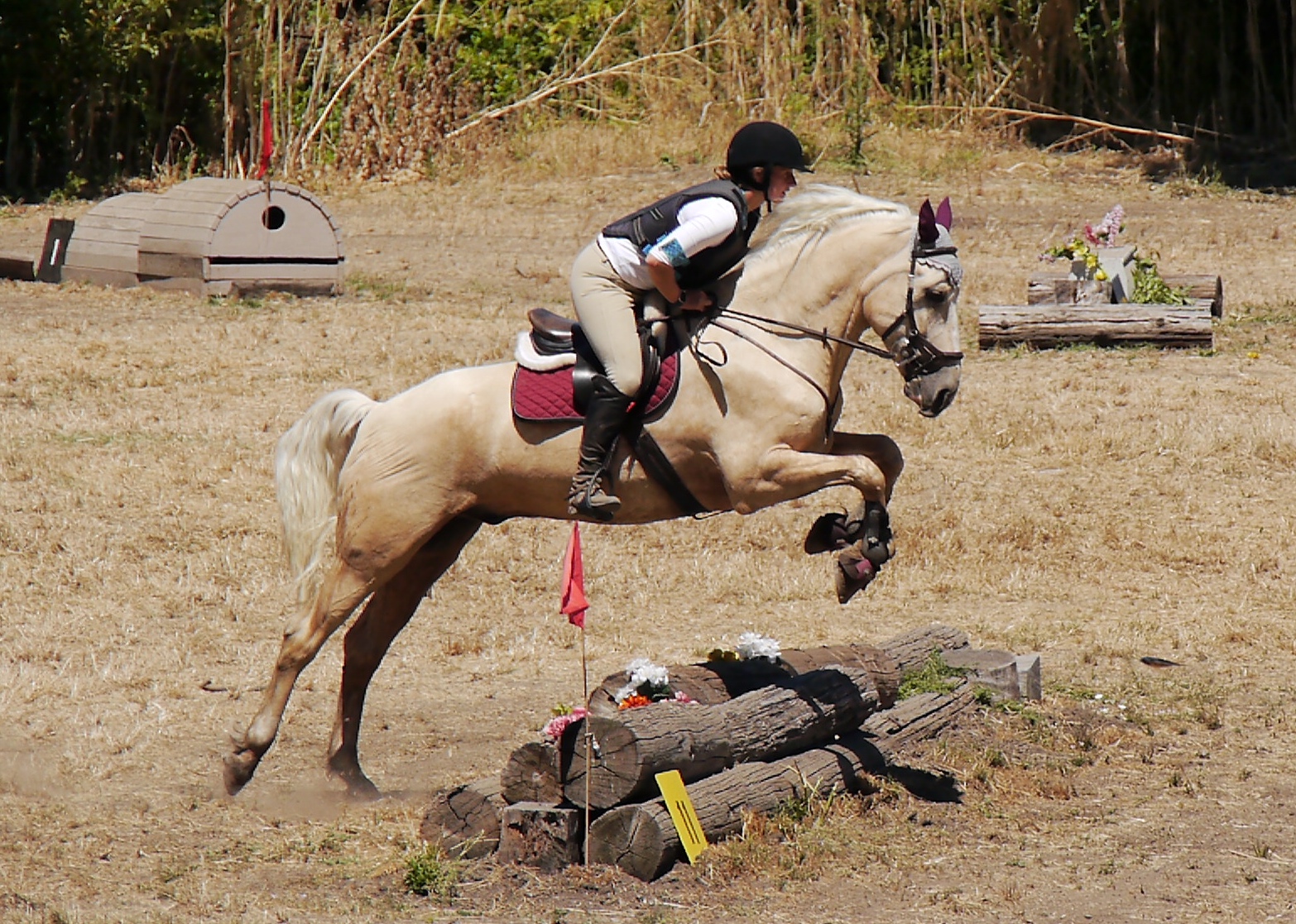 She did a few other small jumps, one of which he tripped right before, but she rode that out brilliantly. Then she presented him with another new jump and his poor little brain couldn’t process it. The first time he stopped and the next time Kate wasn’t taking no for an answer.

Brilliantly ridden. Everyone was clapping for her and she was all casual like, I know when to hold mane. Because Kate’s a pro. I think she might even like Levi too. She took him around over a bunch of jumps. And gave us some advice to work on his clumsiness. 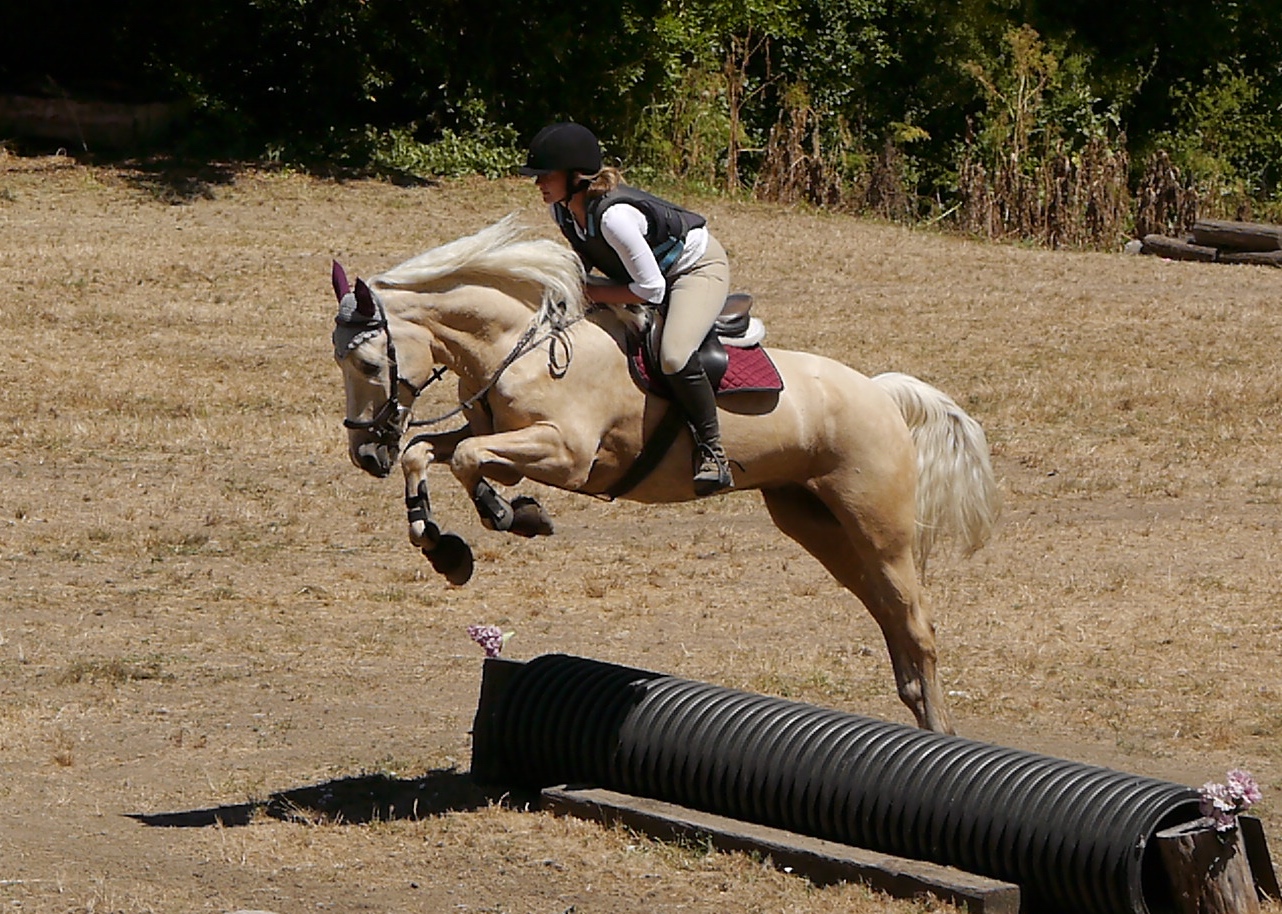 And with that, Levi finally got to be done for the day. Overall, it was a fantastic day at RDLA. I cant wait to show Levi again; he’s really turning out to be a good horse.