It’s that time of year again:

The Alameda County fair is pretty amazing. They have: concerts, fair food, frisbee dogs, racing pigs, tons of shopping, displays of arts and crafts and agriculture, and so much more. But the part I like the best is that they have real, live horse racing. And even better, they have mule racing. When I had gone three years ago, they either didn’t have mule racing or I didn’t catch it. But after I discovered it last year, I have been looking forward to seeing Mule Racing again.

While I am generally pretty terrible at betting on horse racing, I have had some marginal success at the regular track. By which I mean I have won like $60. So I’m really just not good at this in general, but the mules baffle me even more. And I would guess they baffle most regular betters too. 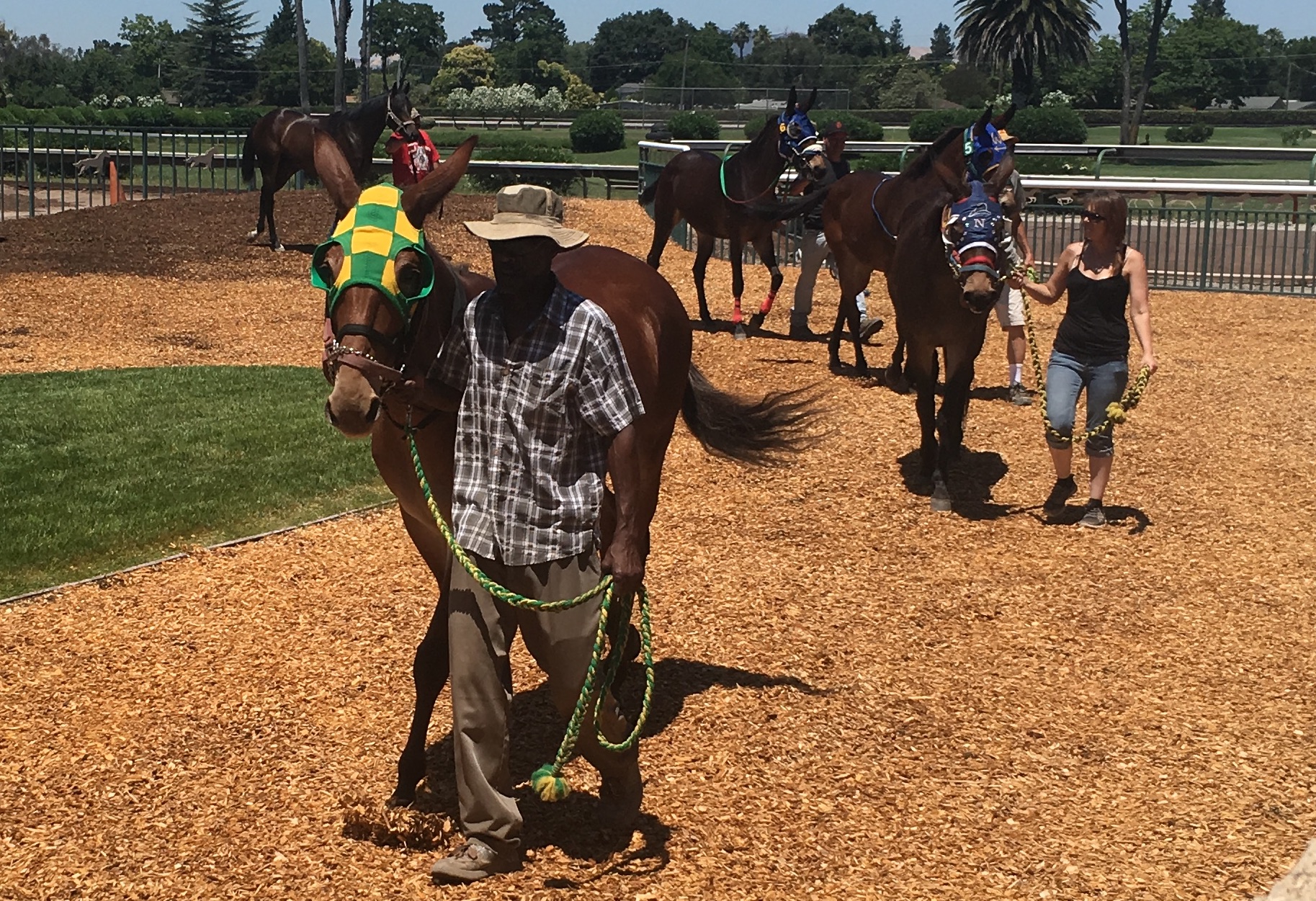 The line up for the race I attended had 6 mules. I went over to the paddocks to watch the mules get walked and tacked. Some seemed very chill while others were chomping at the bit and difficult to handle. Not much different than race horses in that way. Interestingly, some of the mules were out of TBs and some out of QHs. They only go 350 yards so I would have thought they’d all be QH crosses. 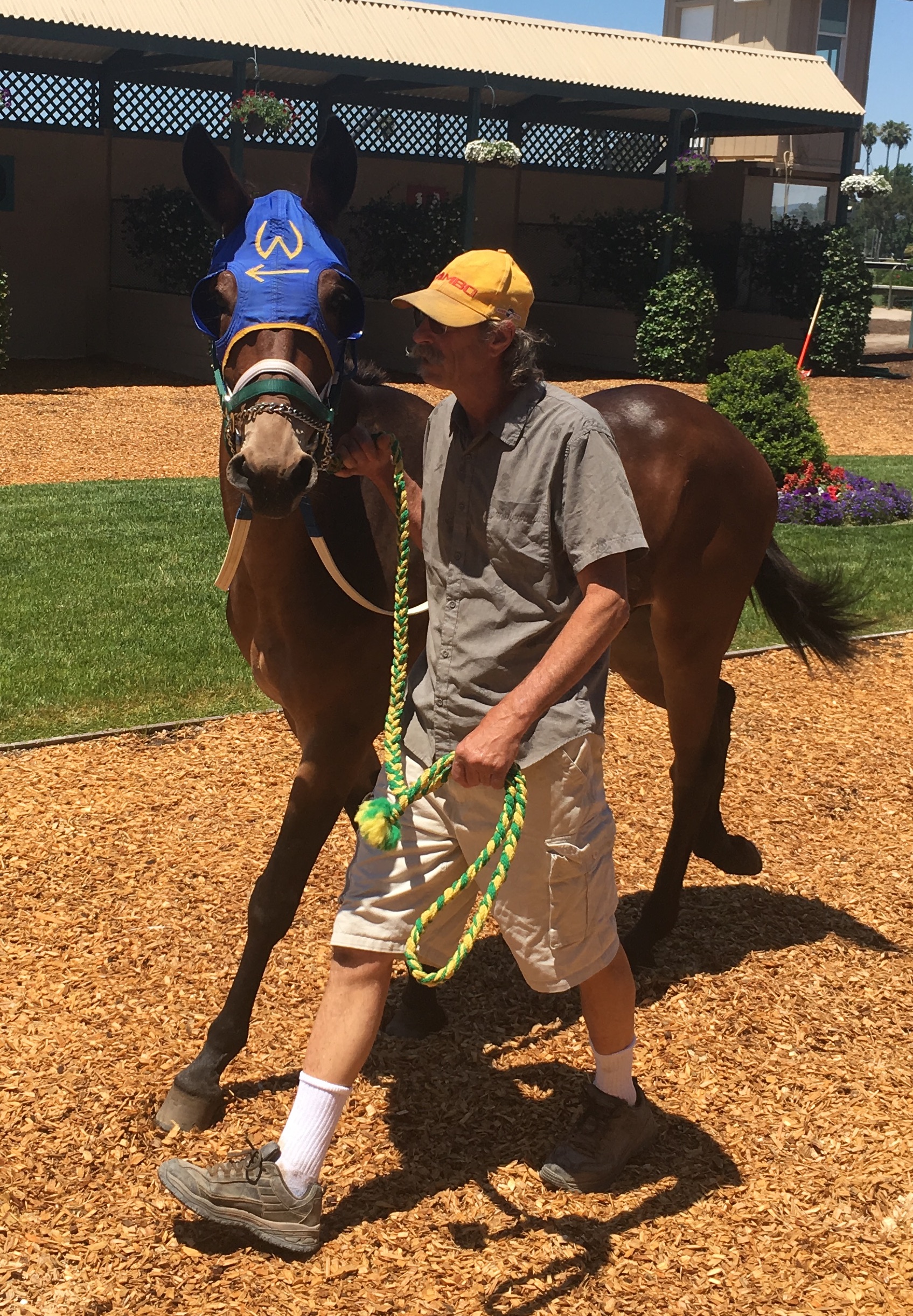 After careful inspection (mostly of how pretty they were), I went off to bet. I did a complicated superfecta bet. My friend didn’t even come to the paddock with me, has no idea how horse racing or betting works, looked at the racing form, picked a name she liked, and won! I need to just start copying her because she won last year too. 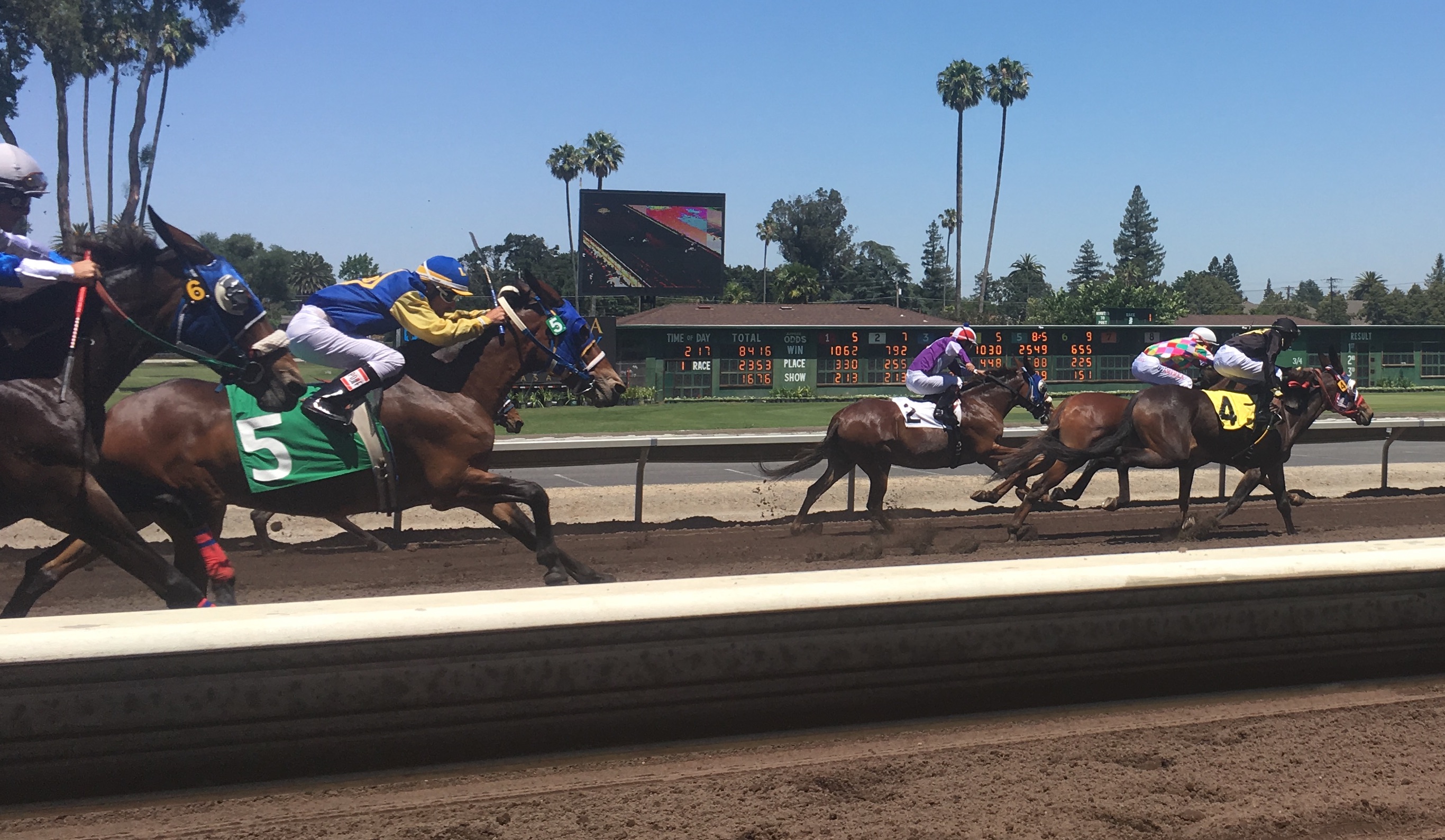 With bets placed, it was off to watch he race. I really wish they raced for more than 350 yards. It’s just over so quickly. Seriously, I looked it up and it was over in less than 22 seconds. 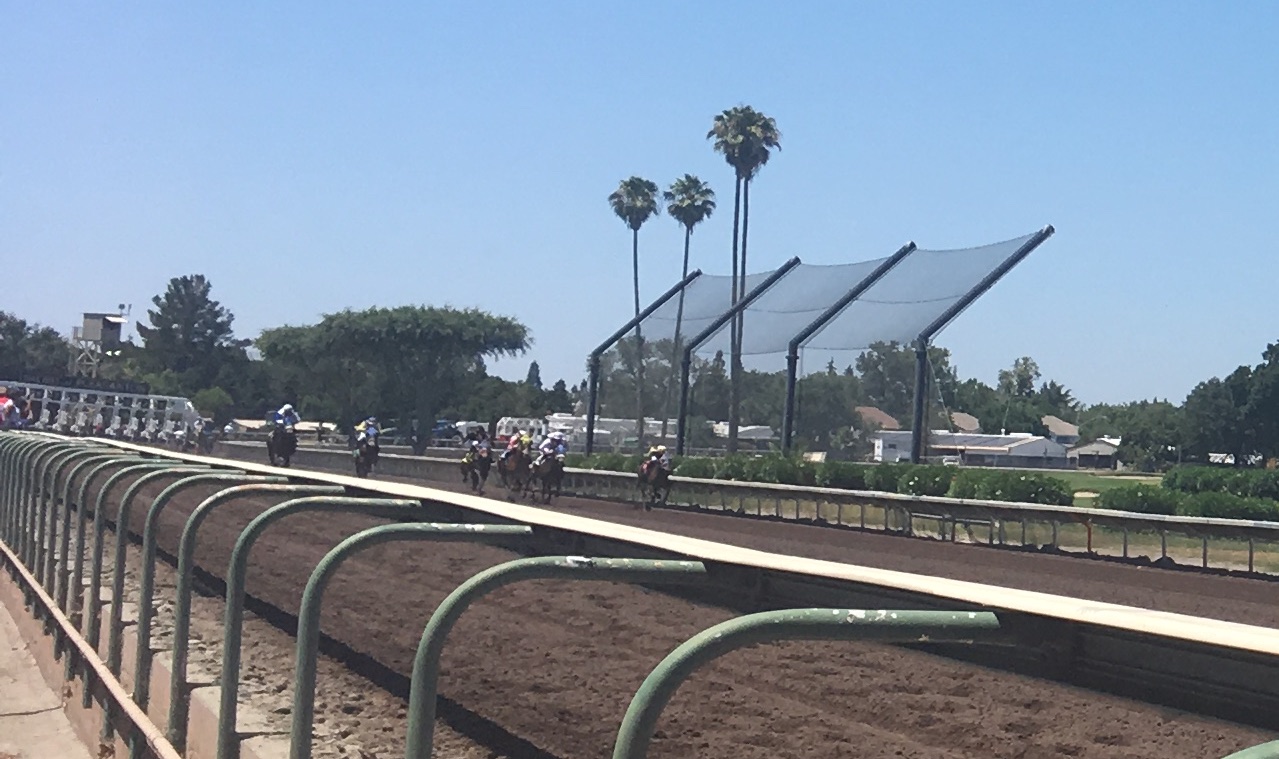 The winner was a 16 year old mule! How awesome is that? A lot of the mules in the race were older (6 or 8) compared to the babies in TB racing, but Loretta really proved that age isn’t a detriment for a good racing mule. She’s the one in the green face mask in the walking picture above and 3rd from the rail below. 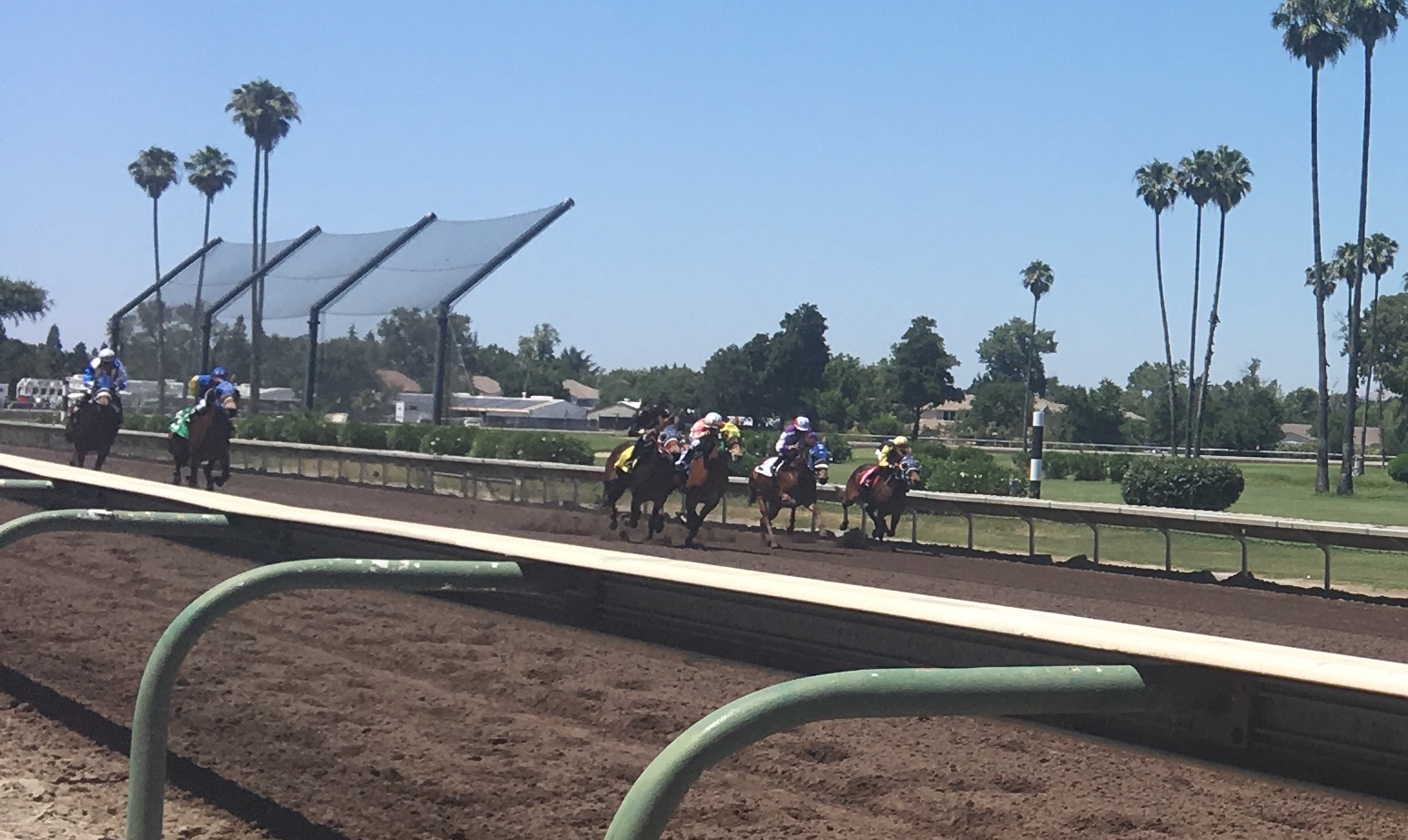 We also stuck around for the second race, what was Arabians. I’d never seen Arabian racing either and it was cool to watch, but very similar to TB racing so nothing new there. Except for the tails. My friend even asked why they had their tails up like that 🙂

There was supposed to be QH racing too, but it either got scratched or I mis-read the schedule. I could spend the whole day watching racing, but didn’t want to make my friend do so even though she also picked the winner in the Arabian race and won $ while I did not (I seriously need to stop placing all grey superfecta bets just because it worked once does not mean it’s a good idea). After the Arabians, we went back to exploring the fair. 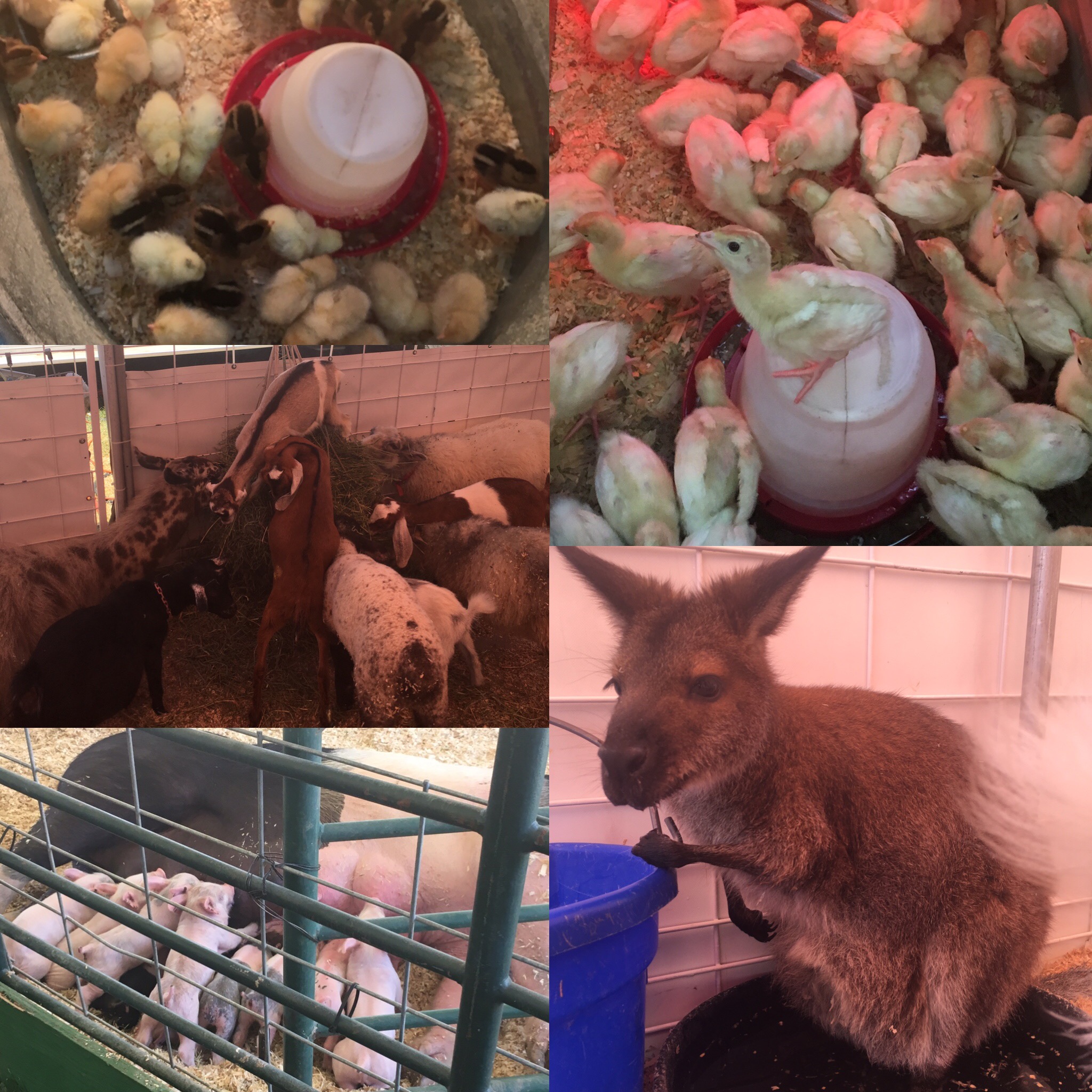 The fair and racing run through July 9th, so if you’re in the area, I highly recommend going. Just check the schedule to make sure there’s mule racing that day.