My husband had a more successful show experience than Levi and I did. When we first started showing Eugene he would get super excited at shows. It was nearly impossible to get good work out of him as he went into a stressed and frantic energizer bunny mode. It’s the main reason we started going to so many H/J shows even though we’re not interested in hunters; we really just wanted to expose Eugene to as many shows as possible. He has gotten a lot better. At this point he can really keep his brain in his head at shows. He can chill out, leg cocked, waiting for his rounds. He still sometimes starts out in the warm up a bit energetic, but he does that at home sometimes too. The improvement has been very impressive and well worth the time and expense and the occasional loss of opportunity to do something else that might be more fun (like a trail ride). However, Eugene remains tense in dressage tests at shows in a way he isn’t at H/J shows. So this year we are going to try to go to as many dressage schooling shows as possible, although there aren’t a lot of them in our area. 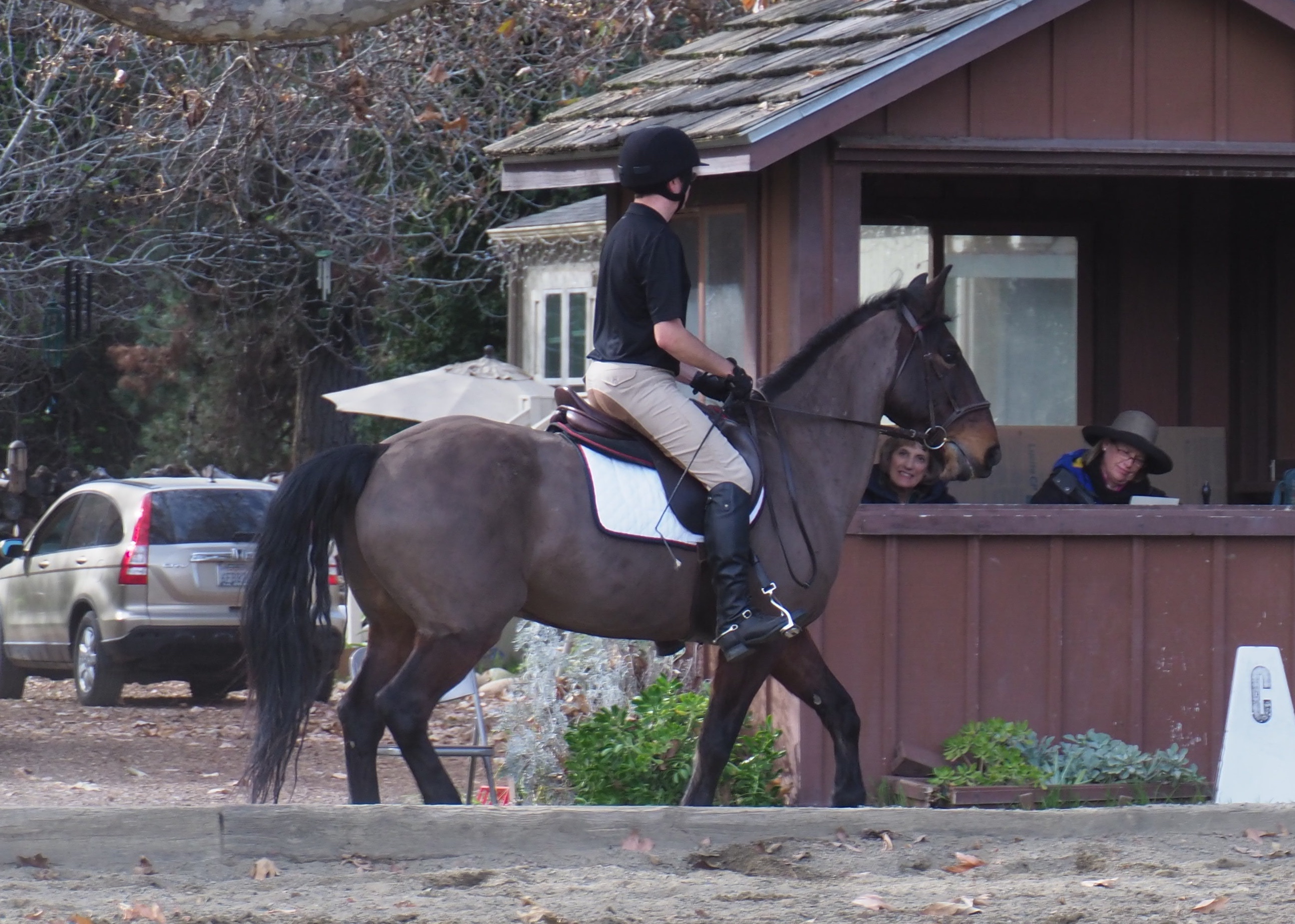 Of course he’s still tensed back up when it was time to start the test.

3. Between K and A Working canter left lead
Judge’s Comments: “could have better balance”
Score: 6.5

5. Between F and B Working trot
Judge’s Comments: “fairly straight but braced”
Score: 6.0

but transitions are so much easier using the underneck

This is about as good as free walk gets for Eugene

I’m surprised they didn’t get a comment on geometry here; they’re no where near the corner

I’d say braced more than above the bit, but the score is fair 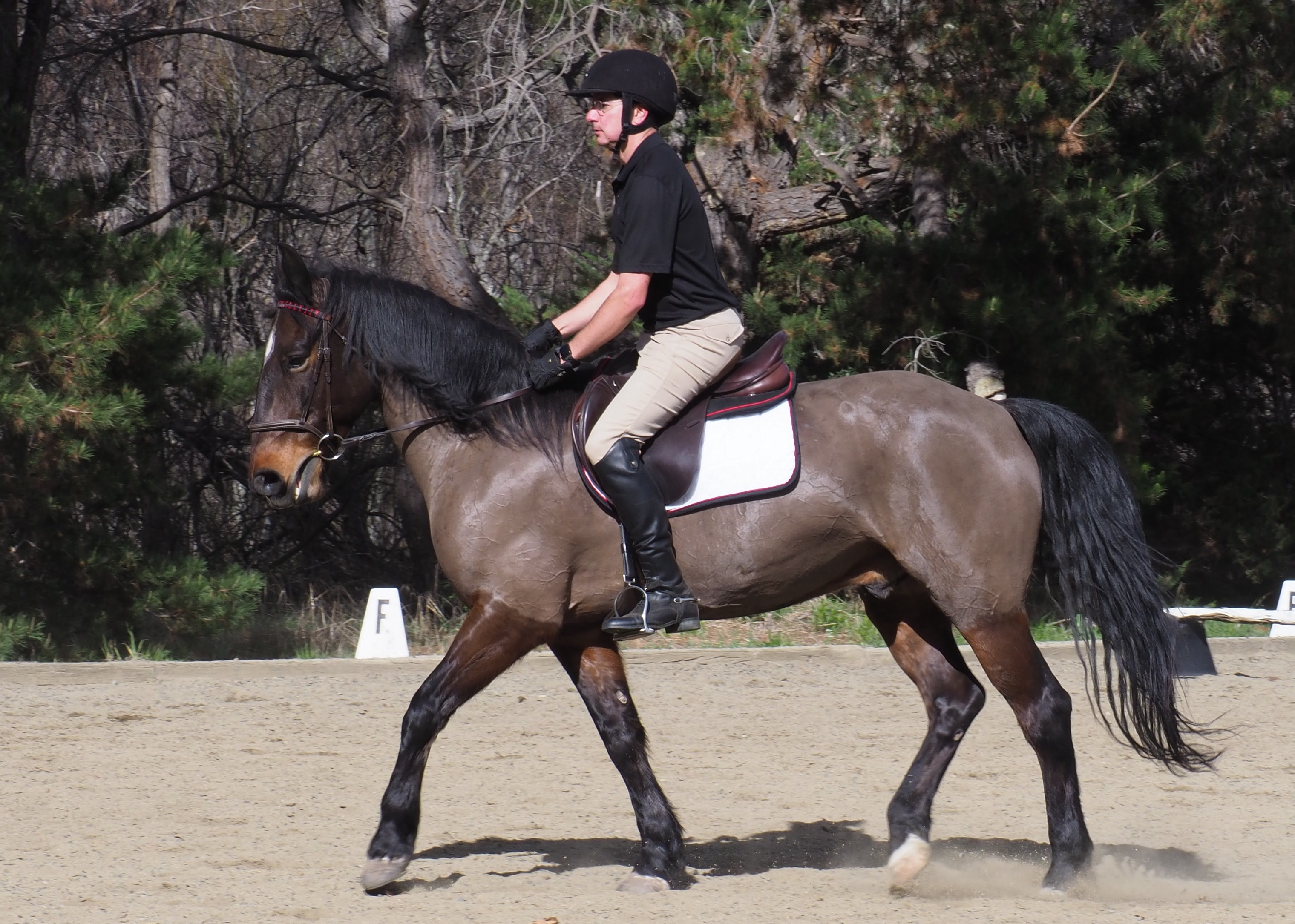 When I was practicing the tests on my phone, I mentioned to my husband how I didn’t really like the abrupt transitions in the BNB. You go from canter circle at E to trot between E and H. In the old test, you didn’t have to transition to trot until after E or B when circling at A or C; you had more time to get organized after your circle. For the second transition down, you go from canter circle at E to trot between E and K and then walk between K and A. It feels really rushed to me. My husband had actually practiced the tests by riding them and said it wasn’t that bad. Then he went into the test and did all of those transitions late because he forgot where they were and he felt like they came up too quickly to be right. The judge was pretty generous. For the first late transition, she just circled the letters. For the next one he got a comment and a reduced score and for the final late one, you could tell she was mad.

I’d argue leaning in is the bigger problem here

No picture because they were late (this lateness just got circled)

tightening implies never having been tight?

my husband has been sitting trot before the canter transitions. It makes the transitions smoother, but Eugene has figured that trick out.

no picture because it was so late

I agree that it’s not pretty, but I wouldn’t call it counterflexed

still with the whip

Pretty decent score given all the late transitions. I think they could have done pretty well without the errors. I’m sure we’ll be doing these two tests a lot more this year.