I didn’t have very high expectations for this show.Honestly, I didn’t really have any expectations for this show. Levi isn’t even going well at home; he’s not going to go well at a show. But it was a cheap schooling show and my husband was going so I tagged along. I figured if Levi magically transformed himself into an enjoyable creature I might sign up for an event that my husband is going to. If not, I’d remain unentered.

Although Levi has never been a fan of bits and was pretty convinced that all contact on his mouth was to be avoided, he’s gotten a lot worse lately. He’s reached a point where he’s started actively chewing bits to pieces (he’s already chewed through one Happy Mouth and is working on a second one).

Levi discovered that he can chew on the happy mouth and make it squeak. The side effect is drool. #blmmustang #horsesofinstagram #horselife #palomino #dressage

He’s also decided that any contact with the bit is intolerable. If you ask him to go from halt to walk without slack reins – not even on the bit, just anything other than nothing – he will hurl himself sideways, piaffe, back up a hill or into obstacles. As Kate said when I made her ride him, it’s like you’re asking him to walk through a brick wall. It took me a while, but I have finally come around to the idea that something is wrong with him. I was watching him eat the other day and it’s not normal. I’m guessing he has some sort of dental issue. I do remember the dentist telling me he had something wrong with his bars last year, but I can’t find the records and I don’t remember exactly what the problem was. Bone spurs? Bruising? I only really remember that it was something that there was no solution for and nothing I needed/could to do, but he wanted me to know about it. I’ve put in a call to my vet so we’ll see when I can get an appointment and get to the bottom of this. It’s entirely possible that there’s nothing wrong with him and he’s just an *sshole, but I’m holding out hope.

Anyway, back to the show. We had really awesome times (1:44-2:45) and got to sleep in. We ended up getting there earlier than expected when we didn’t hit any of the anticipated traffic. But that’s fine by me. I’d rather chill at a show than be rushed any day. We hung out for a bit, letting the ponies eat hay before eventually changing and getting them tacked up. Levi immediately took offense to my touching his mouth, tried to buck me off and I honestly considered just quitting right then and there, but hell: we’d already paid. We regrouped and Kate helped get him back on track. He was still uninterested in connection, but quit acting up so much.

We did BN A first. I had the old BN tests memorized, but not the new ones so I used a whiteboard app on my phone to practice the tests on the drive down. The app allows for a photo as the background. I downloaded a rough picture of the dressage court and then traced a line with my finger around the test, pausing to add C, W, T for transitions. 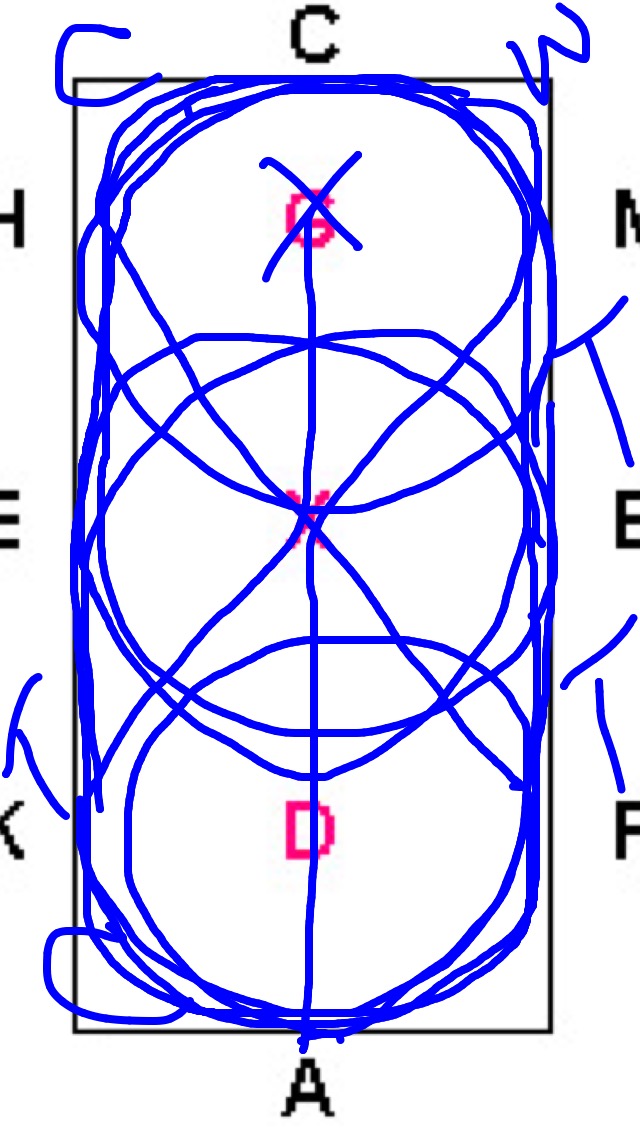 Turns out I’m not any better at drawing digital circles than I am at riding them, but it did really prepare me for the tests and I would totally recommend it.

The test went better than I thought it would and probably better than I had any right to expect given his current issues, but it was still pretty terrible. I’m a complainer by nature. But I know I am supposed to be positive. So instead of complaining about everything that went wrong with the test, I’m going to just talk about what went well. 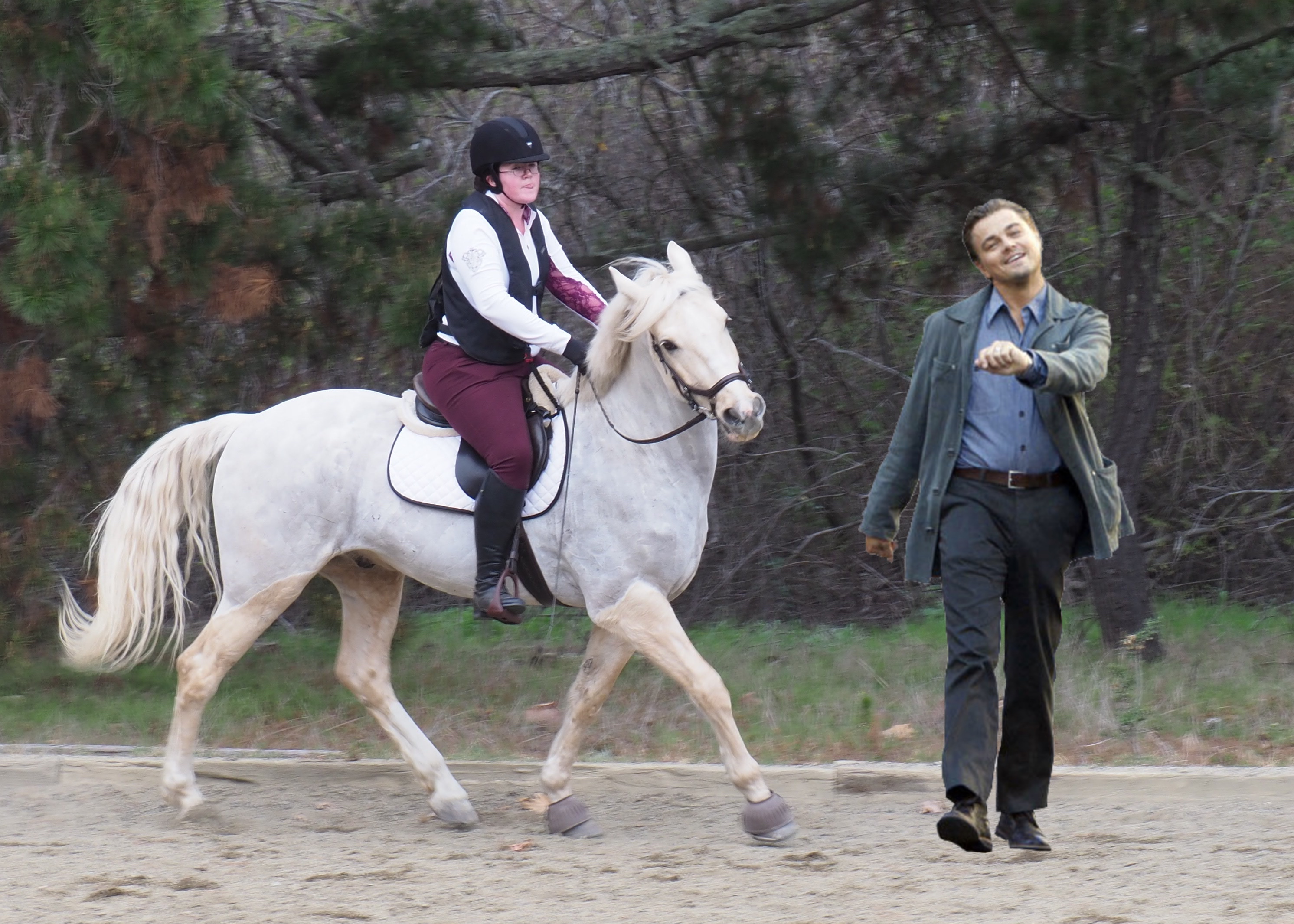 Second Positive: We can get the right lead… on the second attempt. 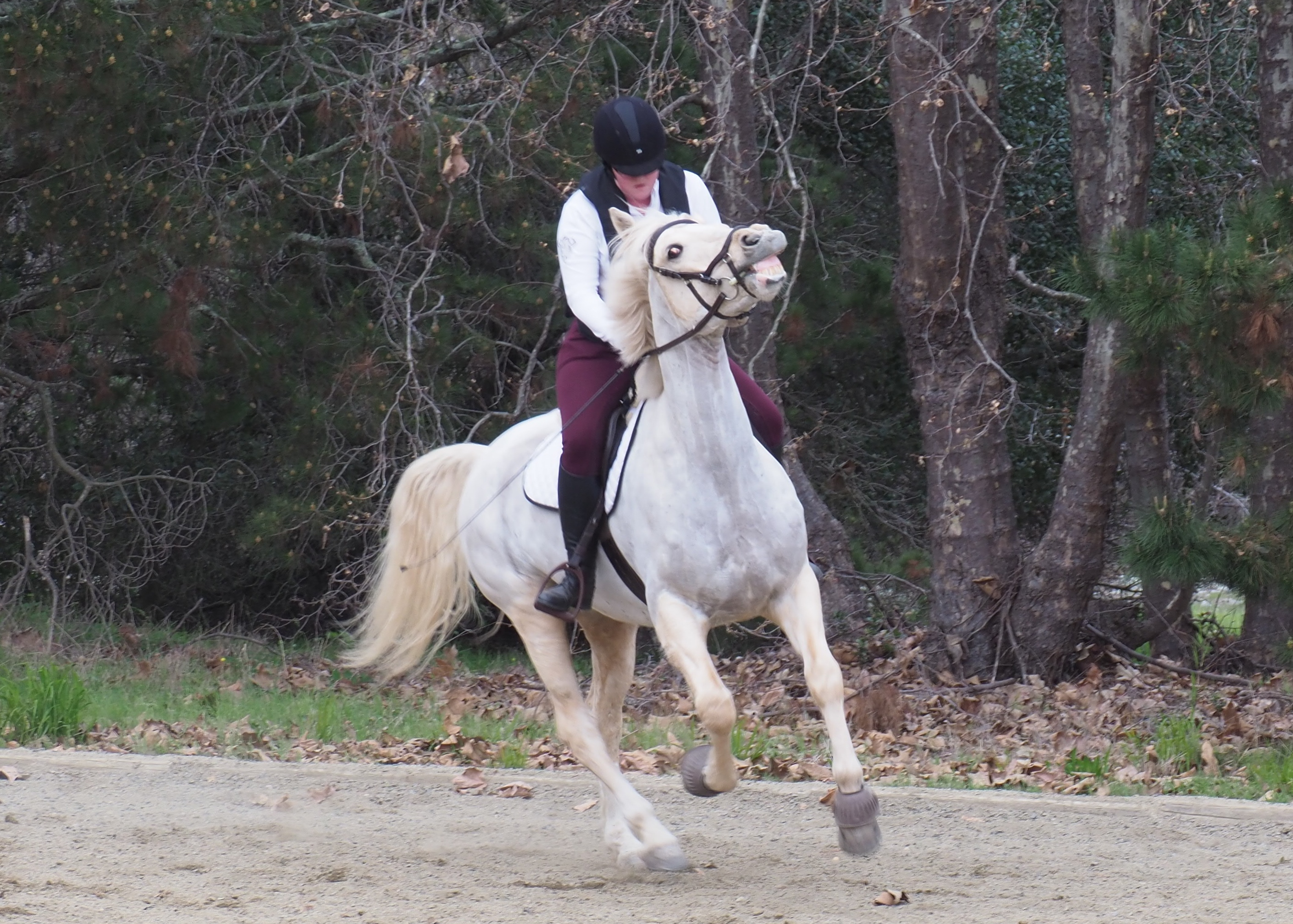 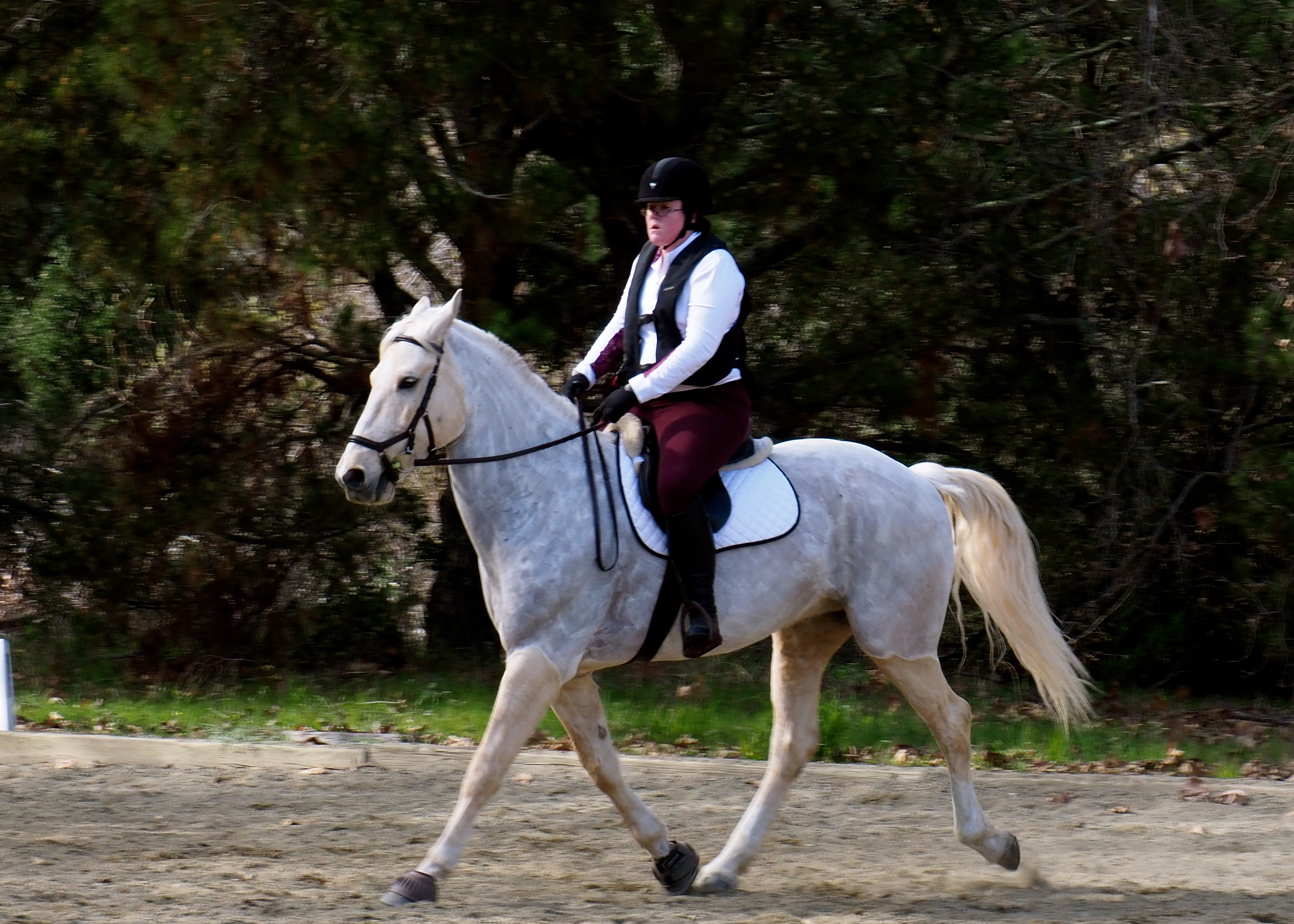 My clip job brings all the grooms to the yard,
And they’re like,
Its better than ours,
Damn right its better than yours,
I can teach you,
But I have to charge

We finished with a 40 and the final judge’s comments of “needs to be connected.”

For our next test, we did BN B. This test has a new movement in that you do a half circle at B, then between centerline and E, pick up canter. You also do the right lead first. We practiced this a little bit before the show and Levi did not understand the concept of cantering in the “wrong” place and it was much worse to the right. 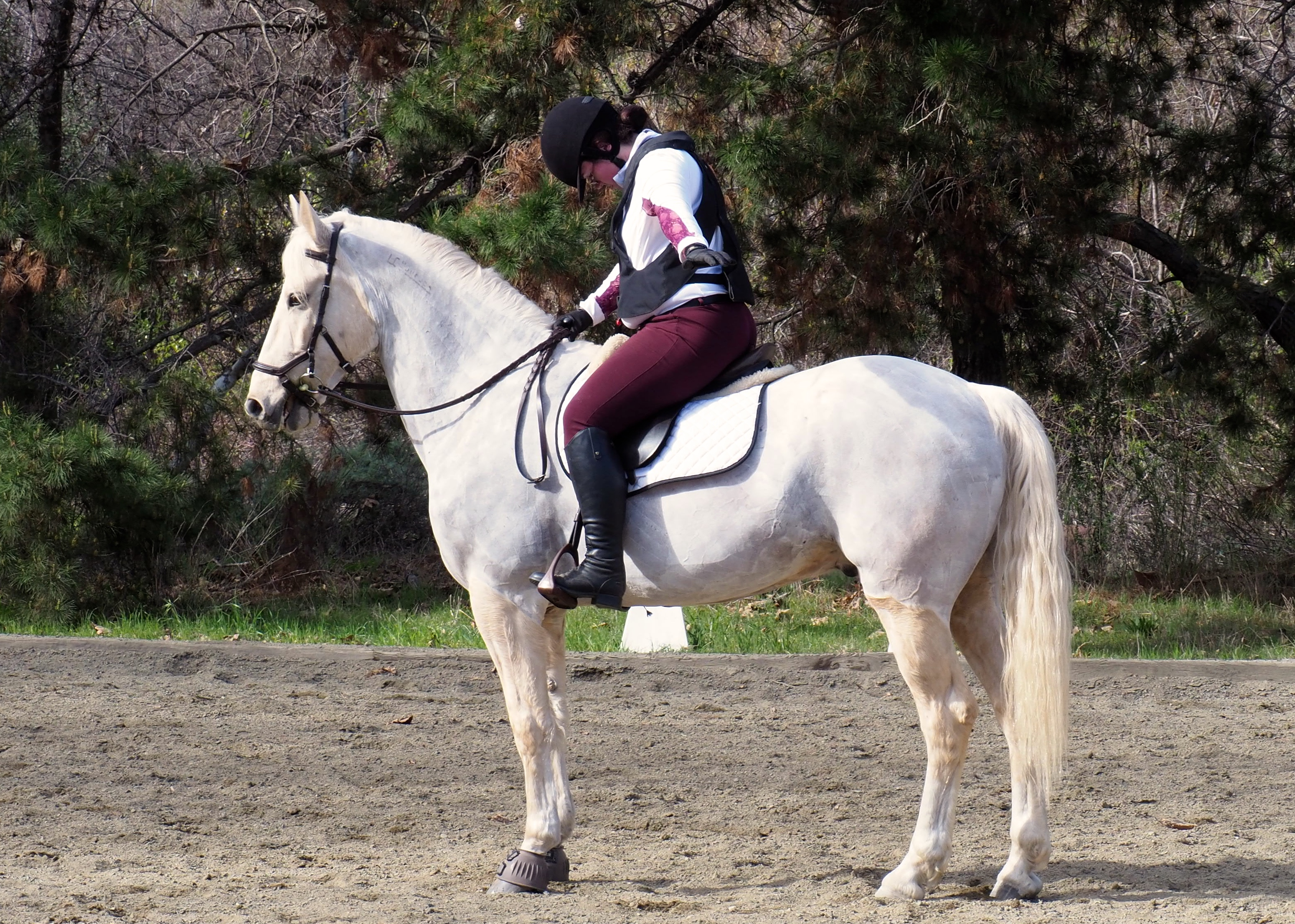 The judge’s overall comment for the test is the most accurate comment I’ve ever received on a test: “Not always happy with his work.” It’s like she could see into his soul.

Levi to the judge

When Levi isn’t hating dressage, he’s really such a nice horse. The show grounds had a little trail course set up and after the test, we went over and played around.

Climb the tire? Sure. 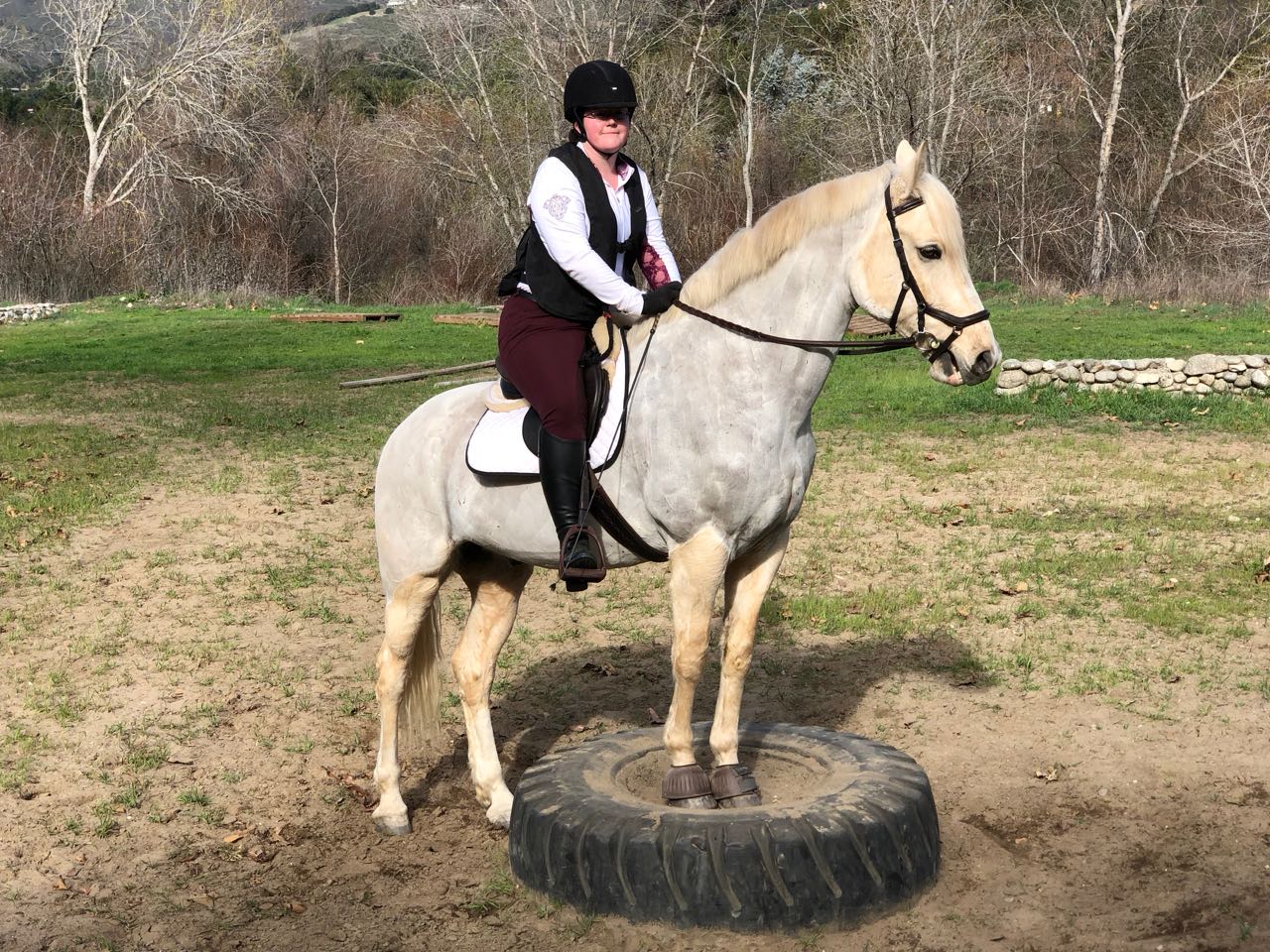 Walk across all the little bridges? No problem. 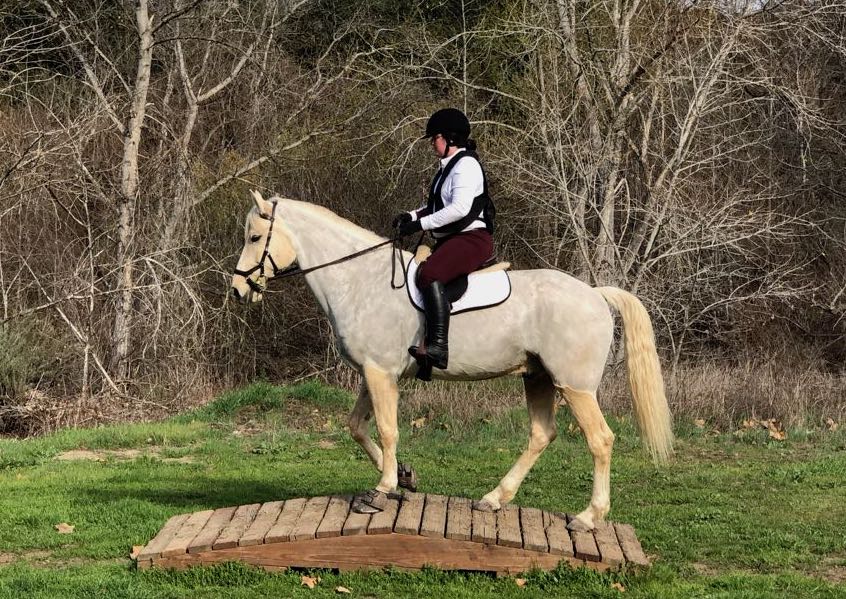 Obviously I’m hoping the dentist can fix some things for us, but if not, he probably just needs a new job. He’s not unhappy with everything and he’s a nice horse; I’d like him to be happy with all of his work.