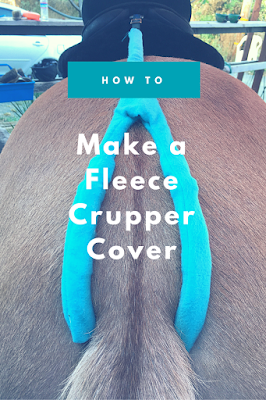 Nilla has been getting some small rubs from her crupper. Thankfully, it’s not rubbing her at the tail, but the buckles are rubbing along her rump. They’re fairly hard to see unless you’re looking for them, but I hate seeing the rubs and I’ve been worried about them getting worse. 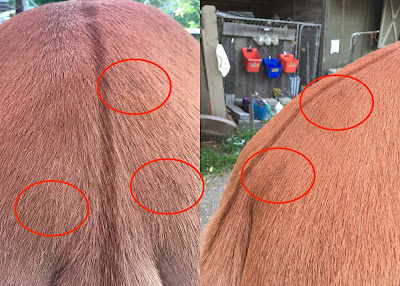 When I did Quicksilver with Fig, she had a fleece crupper cover that someone had made for her. And I figured I should make one for myself. Then Nilla broke her leg and I didn’t ride for a while and forgot about that. With the rubs continuing, I decided to finally make that crupper cover. It was a pretty easy project too. I know endurance riders use cruppers in addition to mule riders so I figured I’d share this project.

1.  Lay out a piece of fleece as long and wide as your crupper. 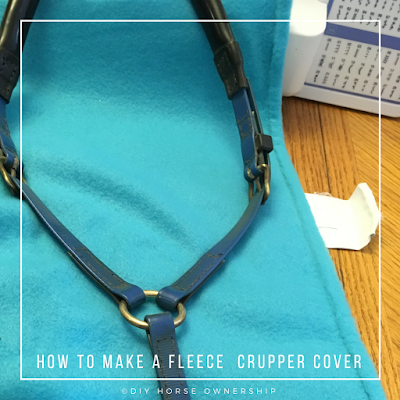 2. Pin the fleece around the crupper. Make it snug, but not too tight. Don’t cover the rubber part at the bottom (the part that goes under your horse’s tail) . 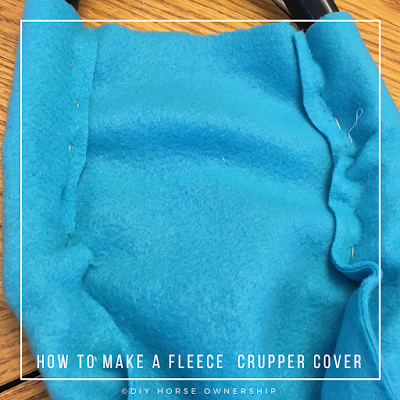 3. You’ll have to pull the fabric up around the long piece that connects to the saddle. 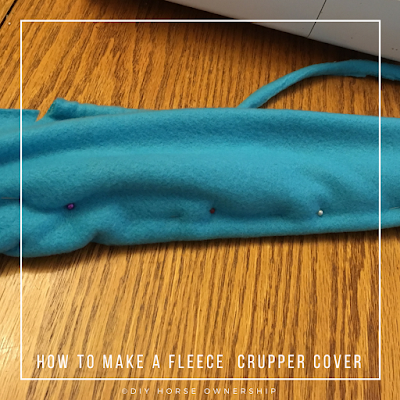 4. Take the bottom part of the crupper off. Cut the fabric down the middle to separate the two pieces. 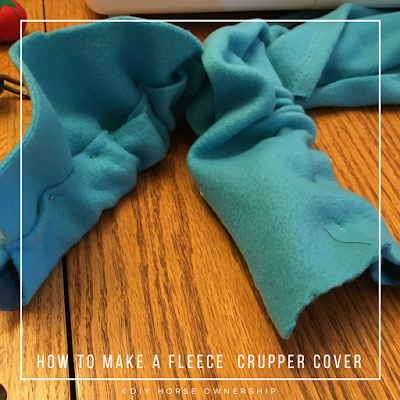 5. Now you can pull the crupper out through the middle. 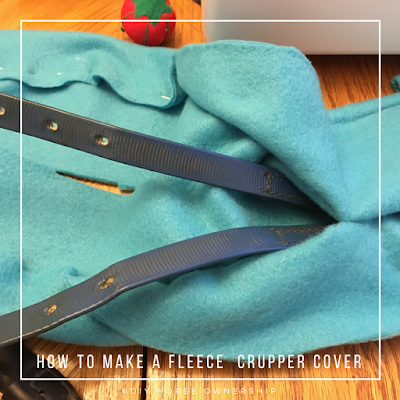 6. You’ll have a lot of extra fabric at this point. 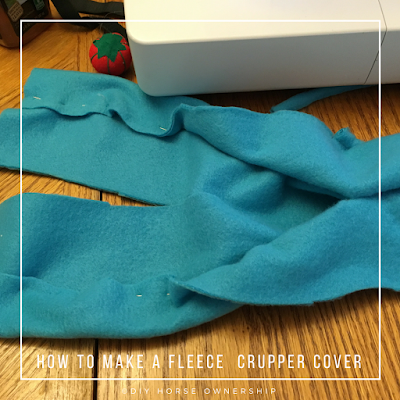 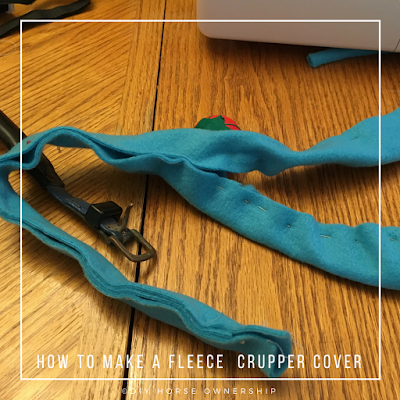 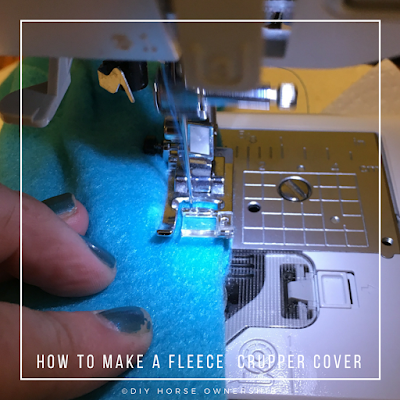 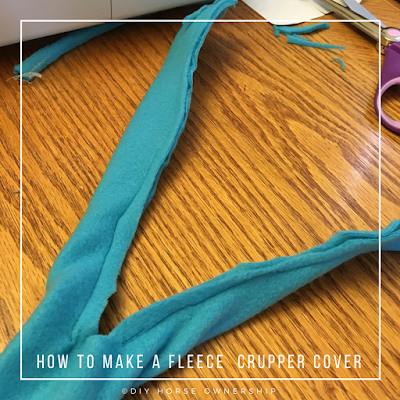 10. Now you’ll need to flip your fleece inside out. Because the fleece is so thick, it was pretty difficult to get it through so I ended up using the blunt end of a knitting needle to shove the fabric through. 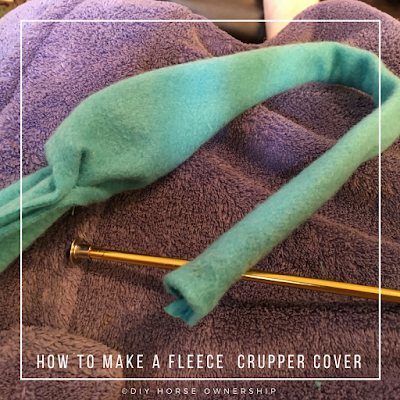 11. Once you’ve reversed all three parts you can re-install your crupper. Start by pushing the longer saddle strap through. Then push the two smaller Y parts into their covers. 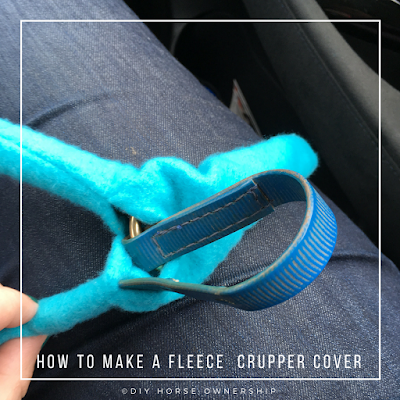 12. Bunch the fabric up to re-attach the rubber bottom. 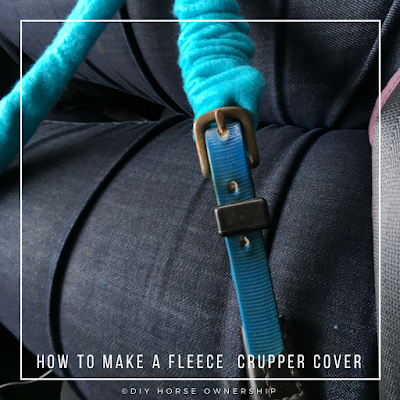 That’s it. Now you can re-attach to the crupper to your saddle. 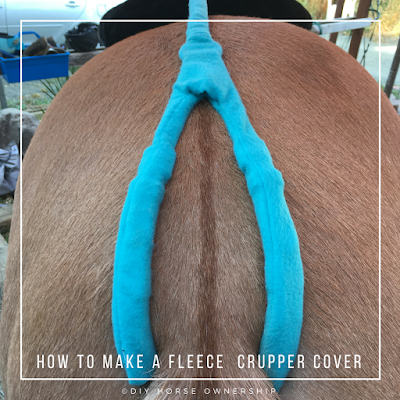 2 thoughts on “DIY: How to Make a Fleece Crupper Cover”