Levi has been off work for just short of 2 months. That’s a lot of time and it kind of snuck up on me too. Since he didn’t have a distinct injury it’s not like I stopped working him on a specific day with the thought of “we’ll start back up in 2 months” or 6 months, or whatever. Instead it was a trickling process:

Meanwhile, Levi has been bored and building up a store of crazed energy while simultaneously losing all of the fitness it took so long for him to get. With his new shoes and time off and previcox he would also be feeling pretty damned good. Obviously, I was really looking forward to riding that.

On Wednesday I asked my husband to leave work early to supervise my first ride. He wasn’t going to at first because he thought I should get up early and ride before work, but f*ck that. I told him I’d just ride by myself and if I died, he’d regret his decision. Thankfully, his afternoon meeting ended up getting cancelled and he was able to leave early.

I started with Levi in the small arena just to see how crazed he was. He was prancy and snorty, but there was a minimum of airs above ground. He even ignored the turkeys, going both in and outside of them. 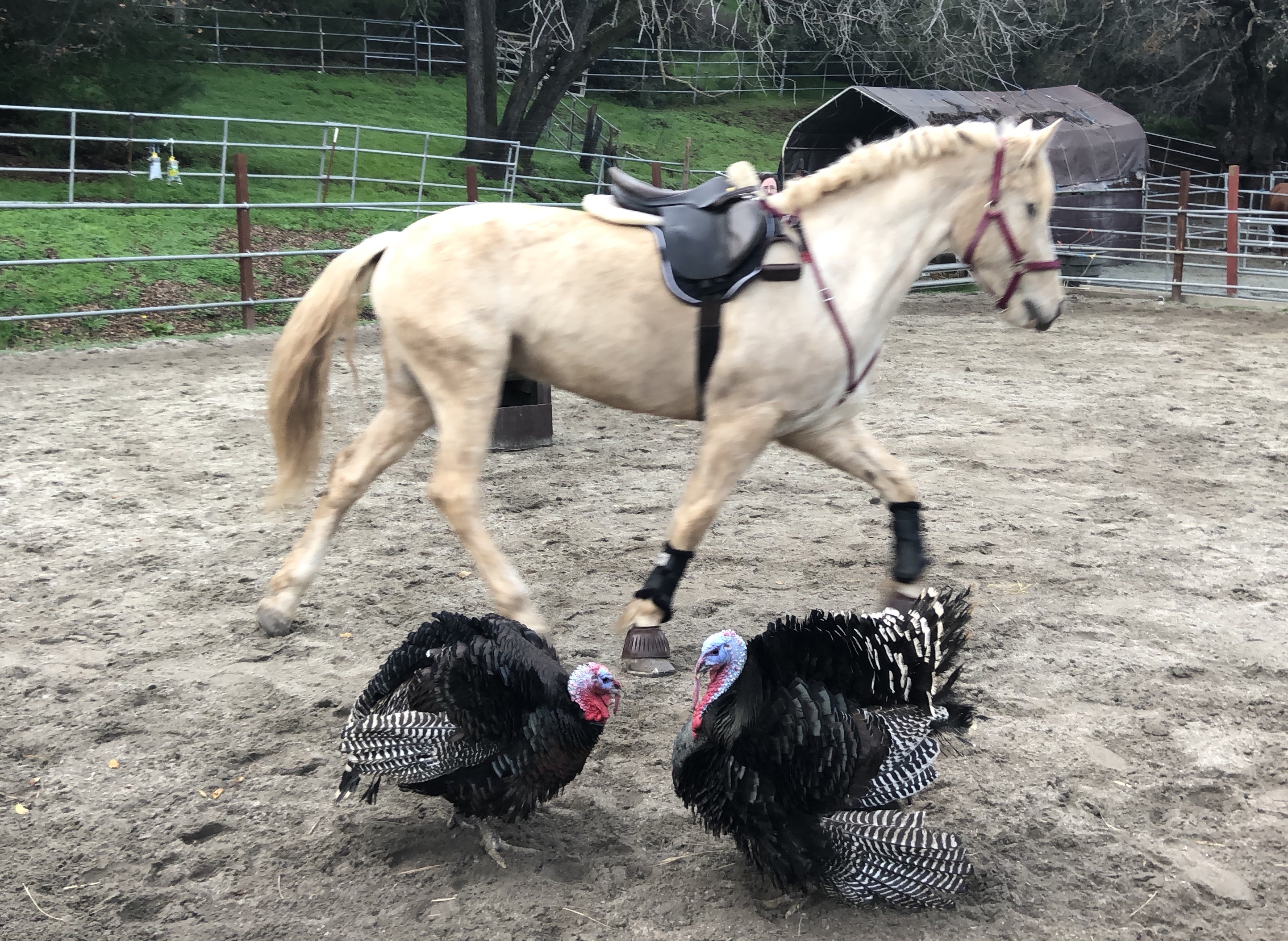 That’s not to say everything was perfect. He was definitely full of himself.

Thankfully, he’s so out of shape he was begging to be done after like 5 minutes. He still looked like a kettle about to boil over though. How can a horse have this much energy and still be so lazy? As he was trotting around at one point, he tripped and then proceeded to do a little rodeo because he was so offended. Alas, no video was captured of this moment. On the plus side, he did look pretty sound when he wasn’t hurling his head about in anger.

In less than 10 minutes he was breathing hard and sweating, but he still had a spark in his eye. I tacked him up with all the bells and whistles:

Was it a little bit overkill? Sure. Do I care? Nope!

I made my husband walk around with me for a few laps before cautiously letting him unhook us. There was a feeling like he was spoiling for a fight. Like if he tripped or if I touched him wrong, it was gonna be a rodeo, but he behaved himself. I probably only rode for about 5 minutes because he was tired and sweaty, but I wanted to get him back in the mind frame of being ridden. 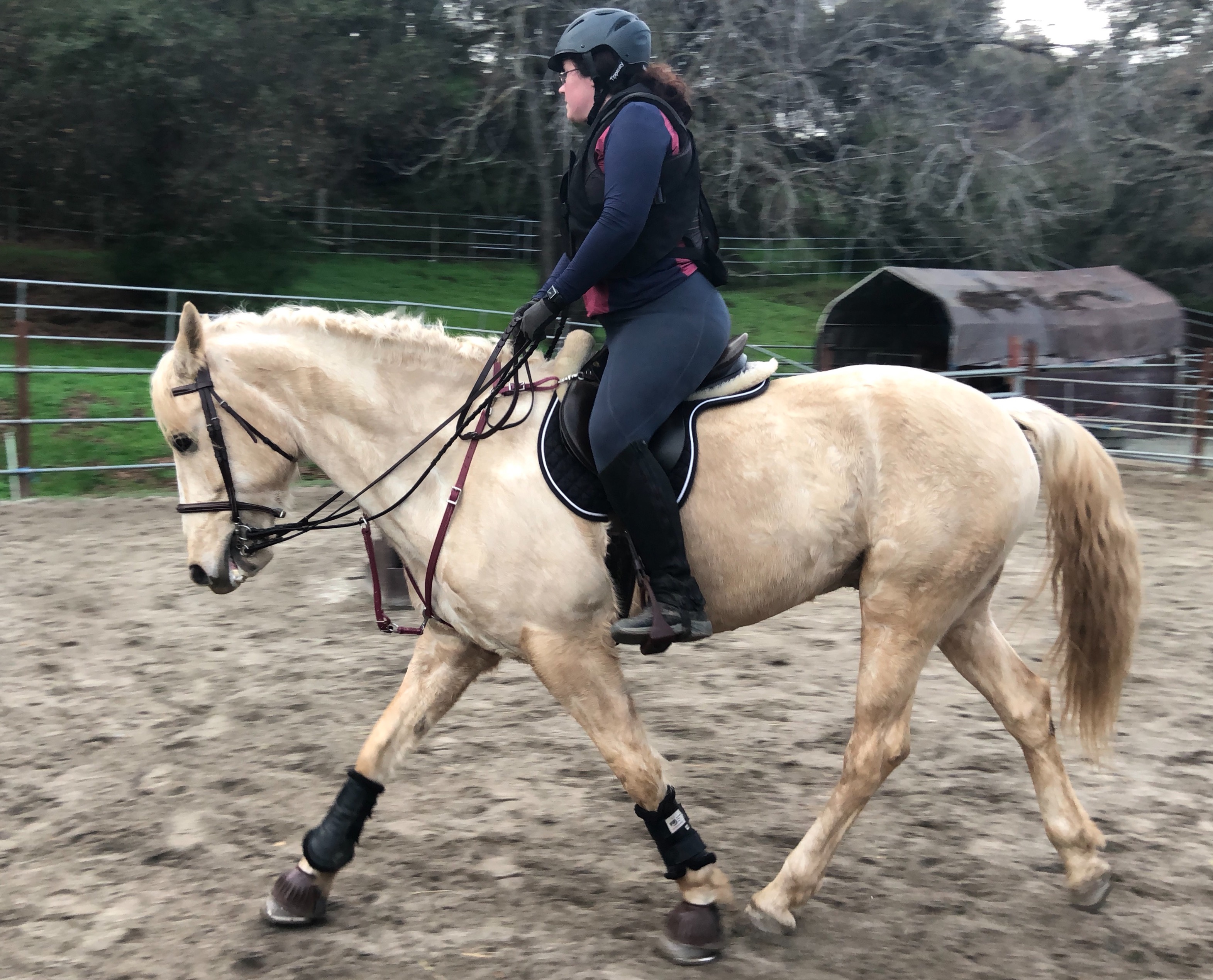 We survived the first ride back. Fingers crossed recovery continues.

22 thoughts on “First Ride Back”