My husband and I attended the Fresno County Horse Park HT last weekend. It’s a rated event that’s held over just 2 days but they offered first-come, first-serve practice rounds in stadium and dressage on Friday. We got there pretty early on Thursday to get the stalls set up and have time to hack them around the property for a bit of exposure. There was a big storm coming in Thursday afternoon and our horses were both tense and excited from the wind and the new place. We hacked them around and then gave them both baths. Levi had to get multiple scrubbings with whitening shampoo because he was filthy and still slightly green from Twin. We put fleeces on them while we went to dinner and to Target for a last minute bungee cord purchase. We returned later to put dry sheets on the ponies and add the bungee cords to their stall doors because I knew they’d figure out how to open them otherwise.

The next morning we arrived to find that Levi had partially opened his door, but the bungee had kept it attached. Success! Sadly, he later learned how to just take the bungee cord off first. We fed them and signed up for a dressage and stadium round each. I was doing the intro division and my husband was doing BN.

This was from Saturday when he’d perfecting the art

We started with dressage and just walking up to the warm up, Levi was a nut. He jigged the entire way. Once we got to the arena, he carried on being an asshole and trying to canter all the time. When Kate arrived, she asked me how it was going and I told her “I hate him more every time I ride him.” Which kinda sums up out entire relationship at this point. Kate’s advice was to just canter him more then. He might get excited, but he’s lazy so he eventually decided he did not, in fact, want to canter.

The intro division was doing the BN A test and it went okay. I left my score sheet in the truck so I don’t know what my scores were, but they weren’t good. They weren’t horrible, they just weren’t good. Levi just sort of bulled his way around the test with no real connection to the bit or any desire to listen to me. 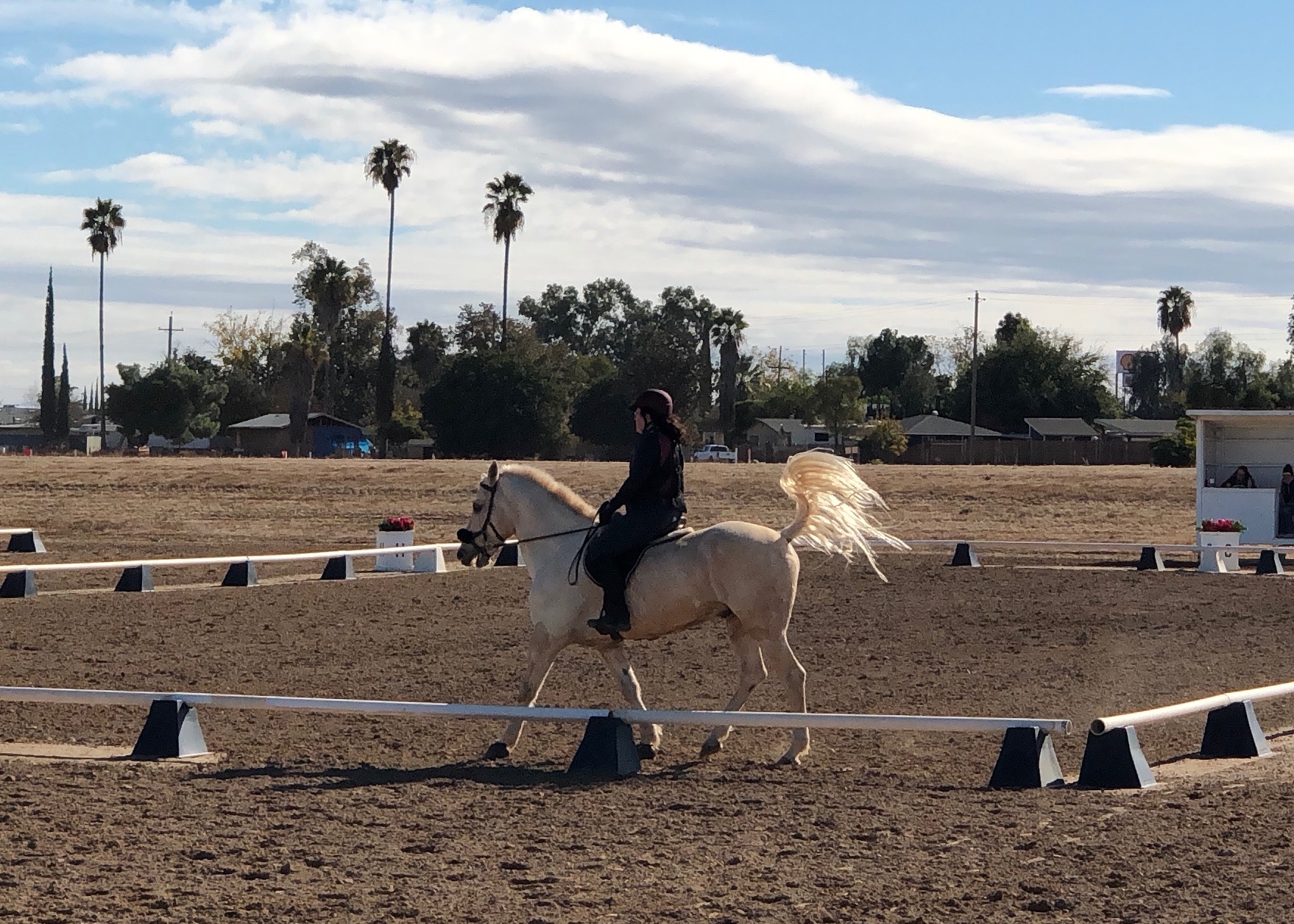 This is supposed to be medium walk. He tried to trot and was mad when I said no. 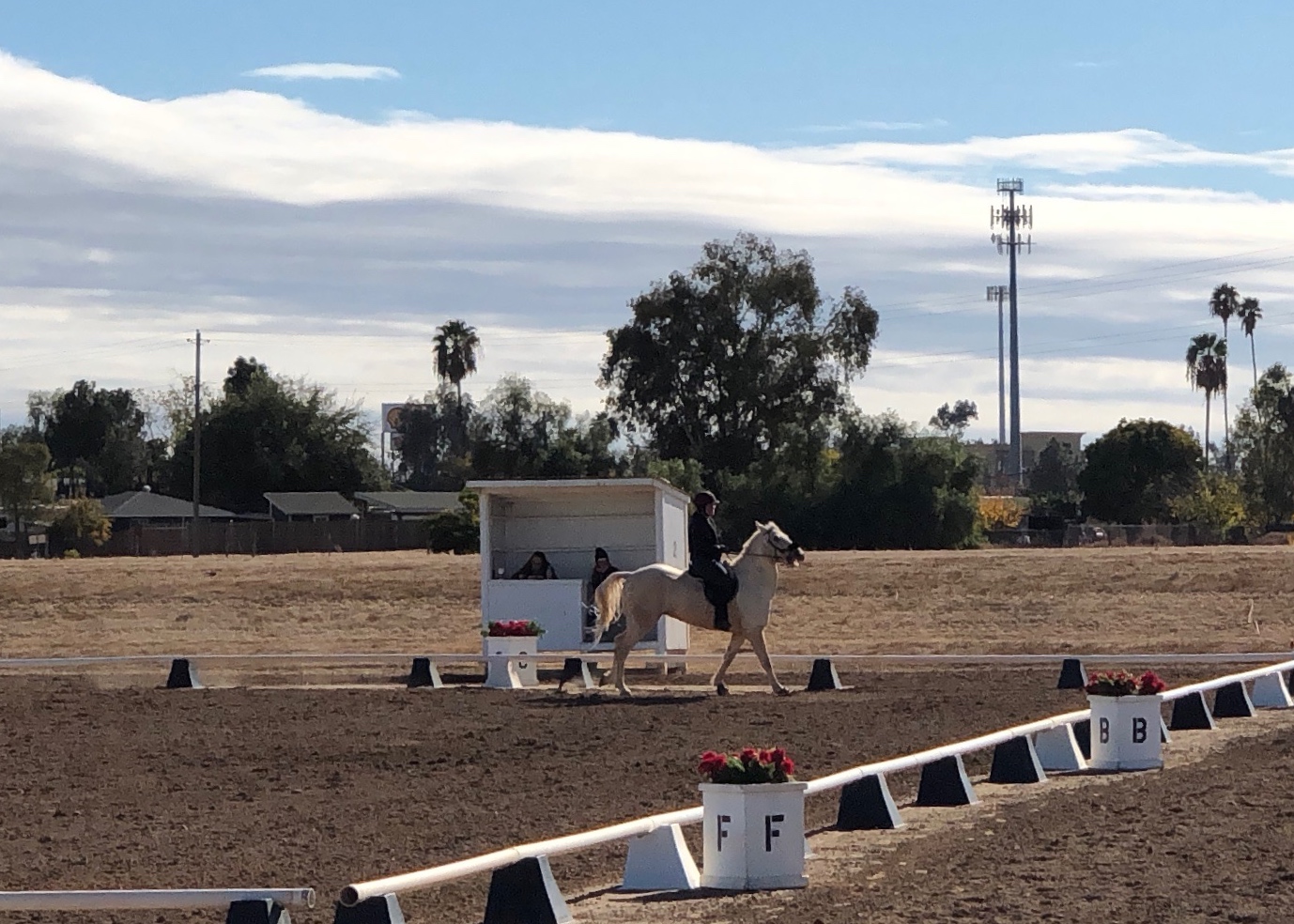 This was some sort of canter 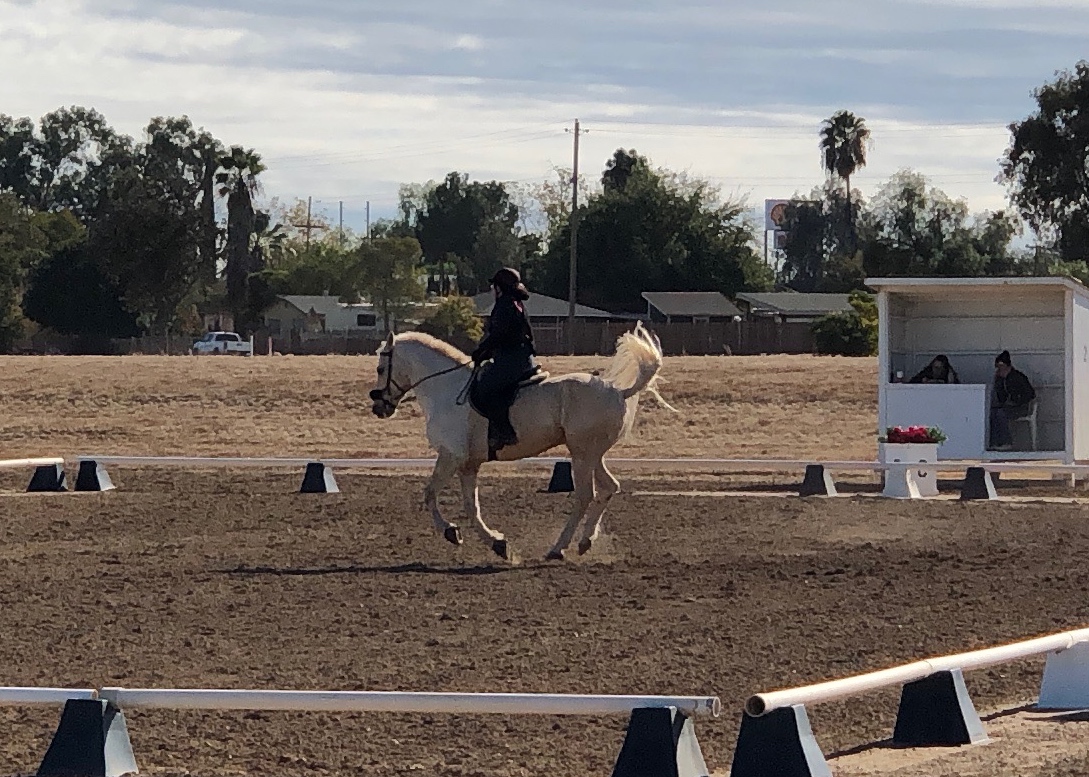 The tail sass is strong with this one

I didn’t really end the test having positive feelings, but I’m glad I did the practice round as I realized I didn’t have the test as memorized as I thought and some of the lack of smoothness was my own fault for forgetting exactly when I needed to transition until the last moment. 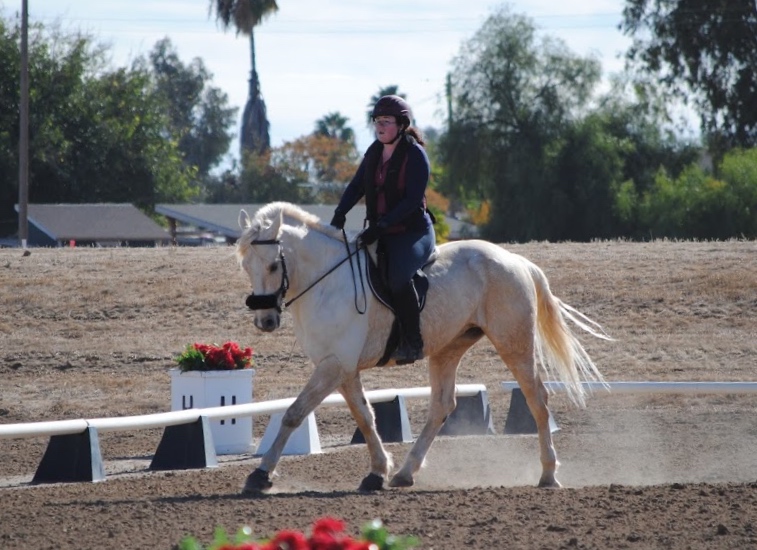 After dressage, we went over and did our practice stadium round. He was still being a bit of an asshole. It wasn’t his usual bucking fits, it was much more subtle. It was a “I don’t want to listen to you so I’m just gonna ignore you.” When I signed up they said intro stadium would be 2’3″, but it was more of 2′. Sadly this meant Levi could just casually lope over the jumps instead of really trying. 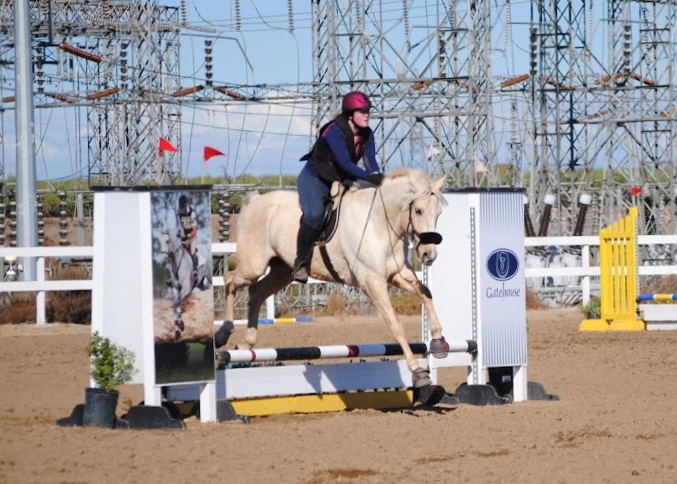 He really needs bigger jumps to get better form, but some of the atempts looked good. 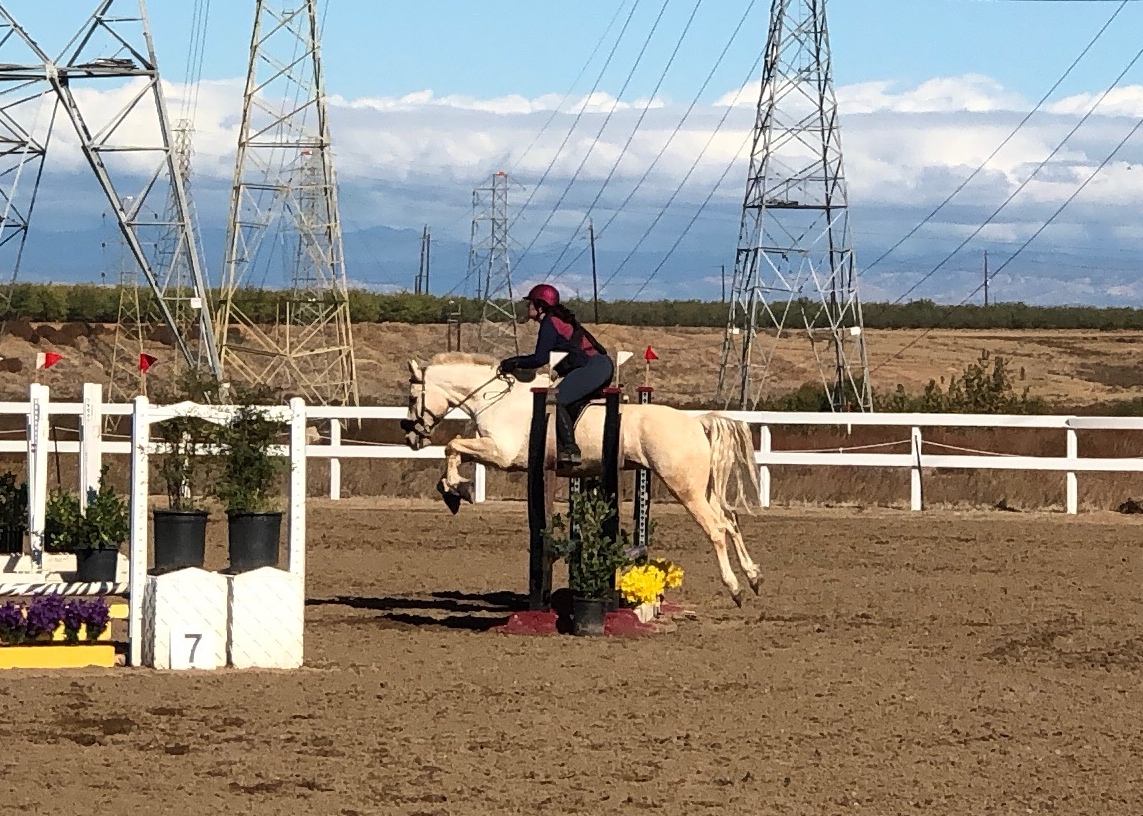 We had a major argument about turning right to a jump. Levi favors his left lead a lot and I wanted him to come down to a trot to make the switch. He refused to trot. We ended up circling around and I figured it’s a schooling round (they weren’t even doing ribbons as it was purely for practice) and I wanted him to trot when I asked for trot. This resulted in him slamming to a stop and throwing a temper tantrum. 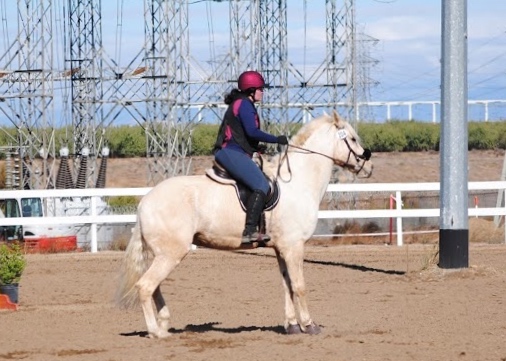 If only halt before 5 was part of the course

I booted him forward and we finished the course. After the last jump I forced him to stop and back up, which he was not happy about. In hind sight, I feel bad about being mean to him, but I am sick of feeling like I have no control over him when we’re jumping. 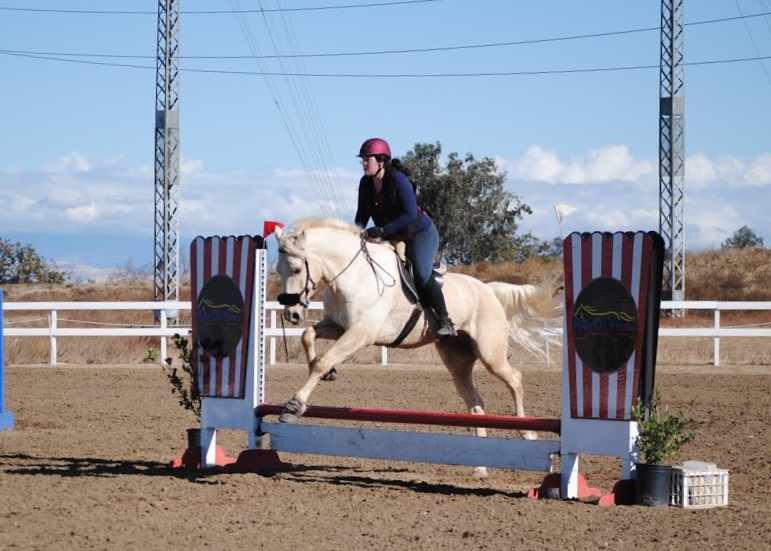 My husband and Eugene had a bit of a mess up in their dressage test. They’ve only done BN B about 7 times at events this year in addition to numerous practice sessions so it’s totally reasonable that they’d forget where they were going. But that’s the brilliance of having a practice test the day before your real event; the mistake doesn’t matter.

Outside of the mistake, I thought it was pretty good for Eugene. He was at least relaxed and steady. They’ve gotten a lot better this year.

My husband also did a stadium round and had a rail at one fence and a technical refusal for crossing his line after forgetting where the 5th fence was and circling around to it. 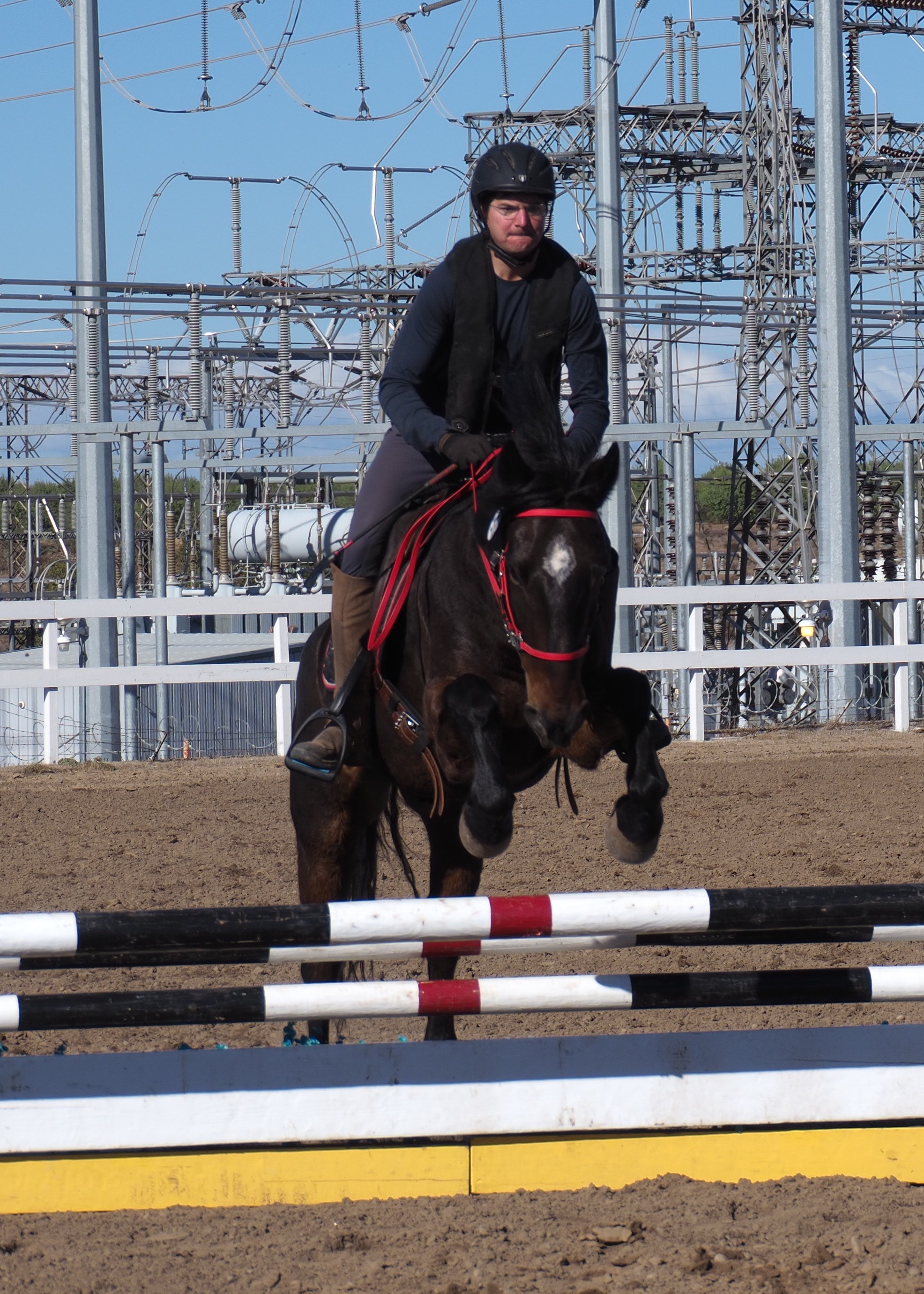 Just 1 rail for Eugene is really good. He’s gotten a lot better about picking his feet up in the last few months. I don’t even blame him for the rail since his rider is looking down. 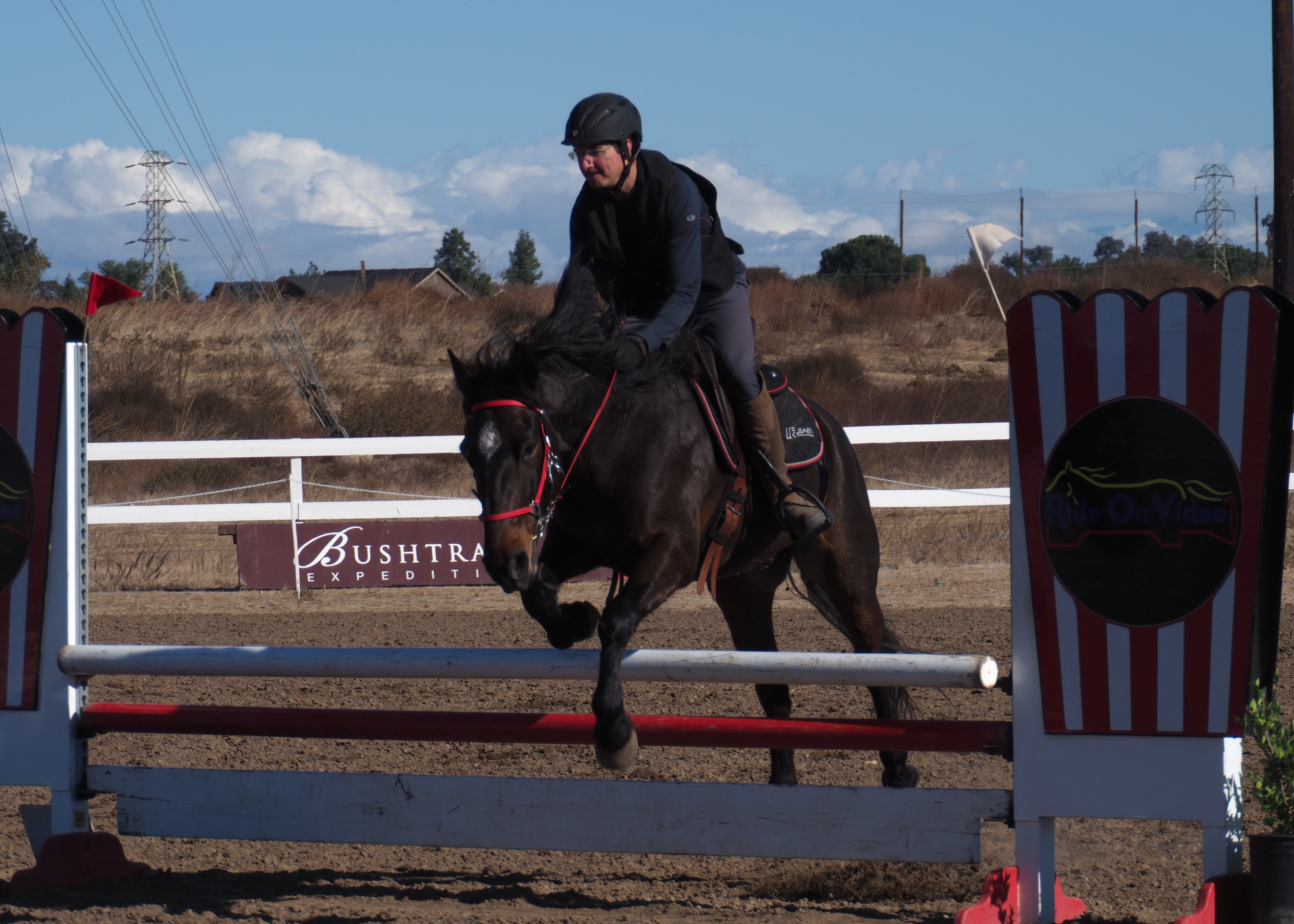 It was really nice to get the practice rounds before the show, especially since we could use our schooling gear and keep everything clean for the real show. It was also an excellent time to notice that my husband’s girth for his new monoflap jumping saddle was way too large and would have been dangerous on XC. We were able to buy a new one at the on-site tack shop that day. 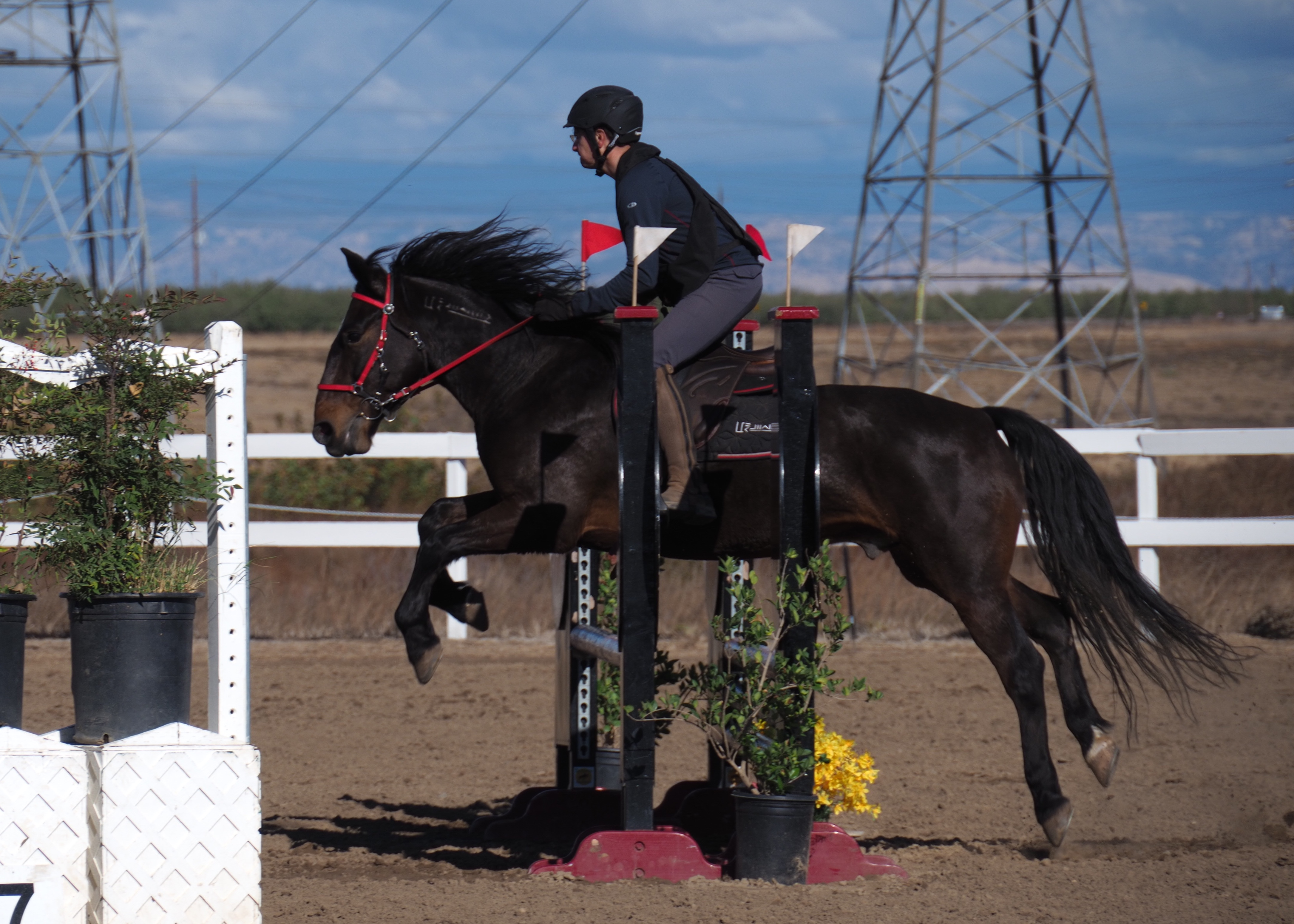 After the rounds we gave the ponies another set of baths with more whitening shampoo for Levi (he’s still slightly green up close), had lunch, hung out for a while, bought a new girth, and then walked the courses with Kate before blanketing the horses for the insane temperature drop. It was a low of like 55 on Thursday night and then 38 Friday night. It was in the low 70s during the day so I was worried about colic with that much of a swing, but the horses were fine.