In May we also looked at 4 properties in New Hampshire. New Hampshire was our last choice of states. It’s great for having no income tax – which would certainly save us a lot of money – and having larger cities for stores, culture, and potential friends. However, It’s not as pretty as Vermont and not as nice as the Portland, Maine area. Also, while I don’t enjoy paying taxes, I am not entirely opposed to taxes as I do enjoy the things that taxes pay for like roads and schools and – in a perfect world – healthcare. In New Hampshire, we were primarily interested in properties that already had equestrian facilities and ideally a boarding facility.

3 bedroom, 2 bathroom 1800s house that needed some work. A boarding stable with 22 stalls across two barns, a 60’x120′ indoor arena, and larger, nicer outdoor arena. Only 17.5 acres, which is small for that many horses. The best part about this property was it’s location across the street from a large state park with miles of trails. It’s such a popular park, that people come from all around to ride and camp there. I asked someone who lives in NH and owns horses where she goes to ride and she mentioned this park. The current owner even rents stalls to people who want to camp and ride in the park. It’s also a profitable boarding facility. Located within about 20-30 minutes of some larger cities (Concord and Manchester), but really in the middle of nowhere. There’s no real town and driving in and out we saw a lot of trailer parks. $750k. 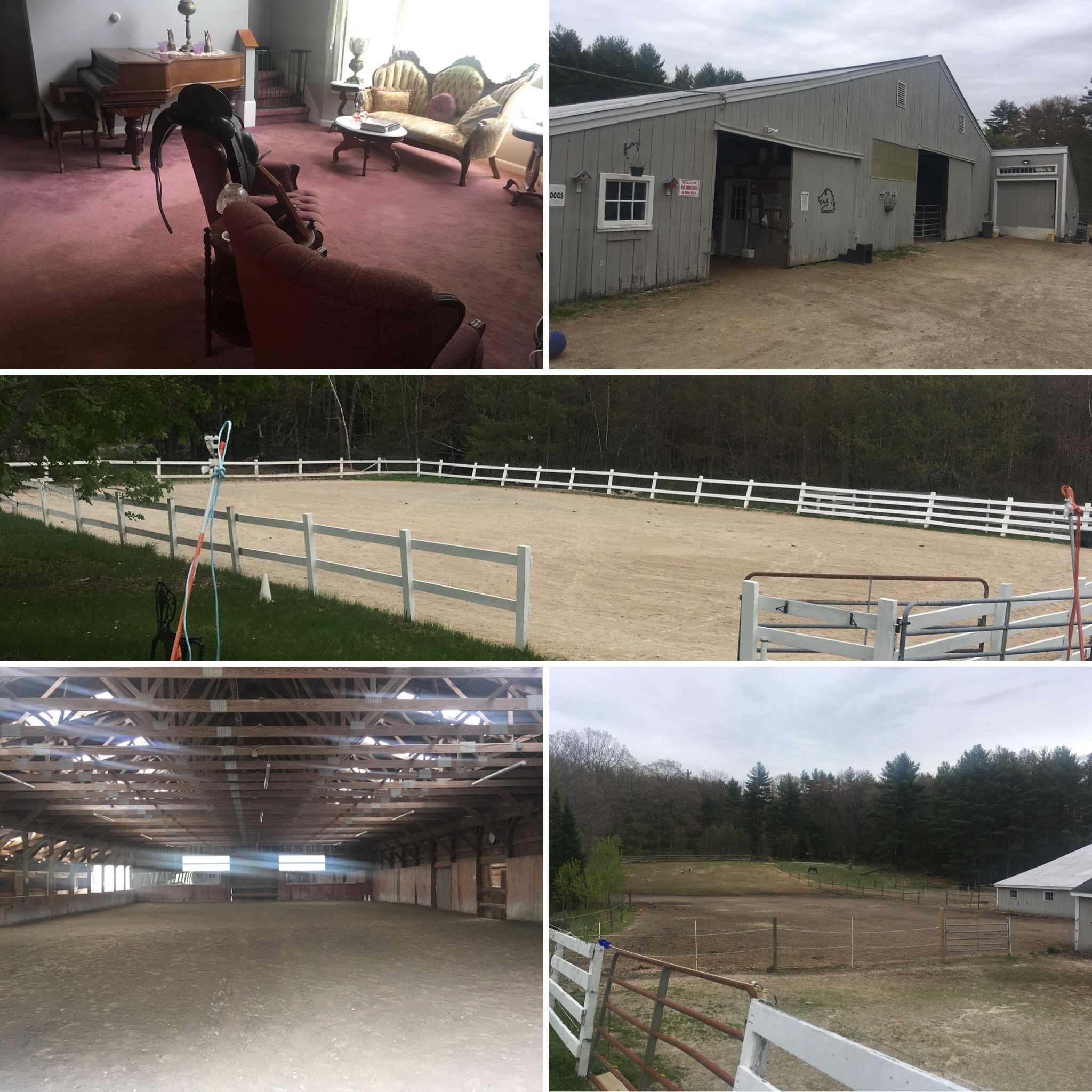 A 24 stall boarding facility in horse-friendly area near the first house. Two insulated barns with a heated and mirrored indoor arena, heated lounge and tack rooms, wash stalls, etc. 2 detached barns for hay, and shavings and a small outdoor arena.This property had a lot of income potential with 3 living units: a main house, a basement apartment, and a separate two-story cottage. The houses needed a lot of work. 20 acres but no trail access. The land had been divided into a ton of small paddocks instead of large pastures. All of the paddocks were mud because 10ish acres of the land were wetlands and not usable so 24 horses were stuck in less than 10 acres of land. 750k. 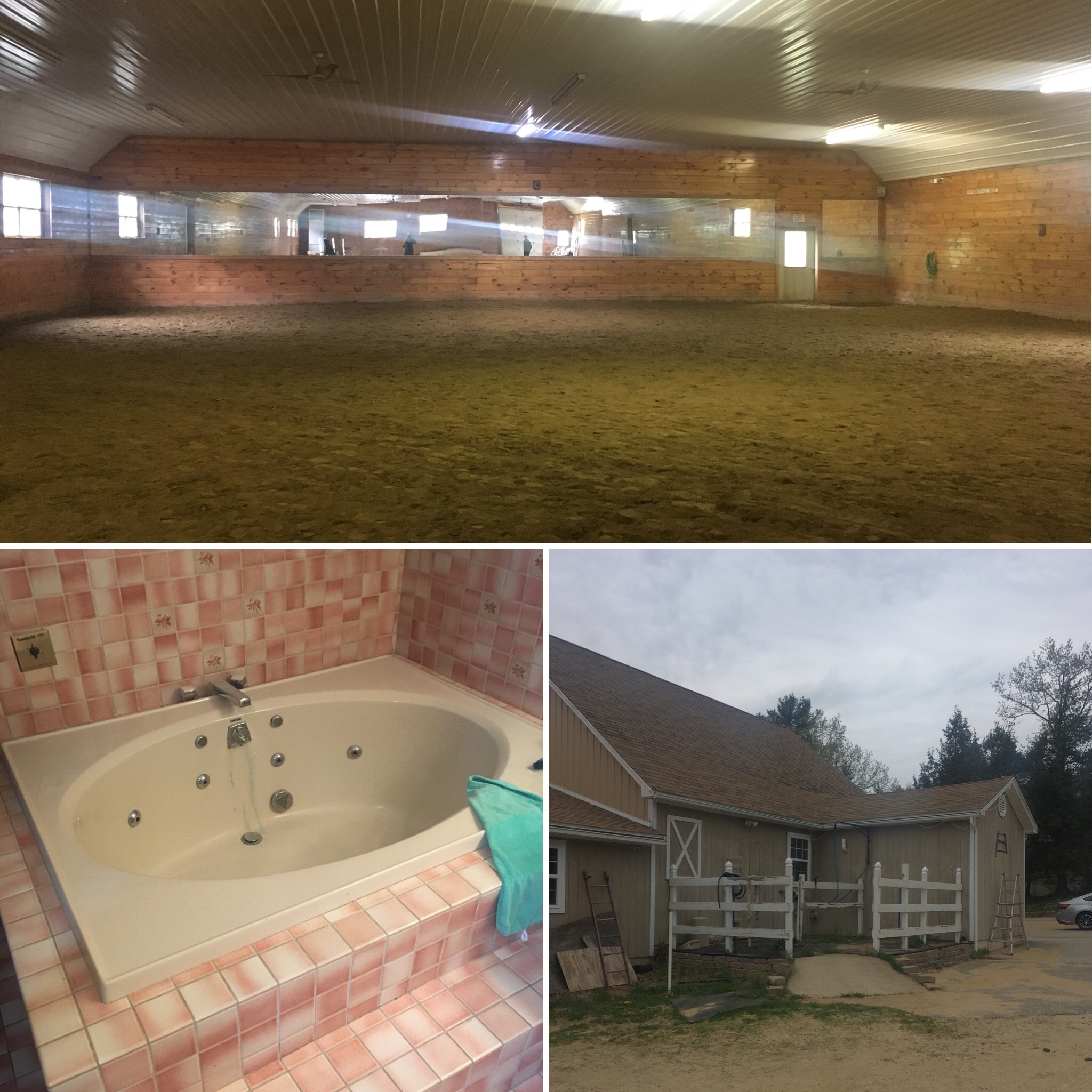 A Historic 1800’s home with 5 bedrooms, 5 bathrooms and the potential to convert 2 of the bedrooms and 1 bathroom into an in-law suite (it would require some work to fully convert). The house was fine, but there was a potential structural issue with an attached office/storage space and older barn. The equestrian facilities included a 160’x70′ indoor arena with GGT footing and mirrors and a 20×60 meter outdoor arena. Technically 20+ horse stalls, but 10+ were in the old barn that probably isn’t structurally stable anymore. The main barn attached to the arena was spotless and well cared for and had 10 huge stalls as well as a heated viewing and tack room. Huge fenced pastures with run-ins.  This property had been the a pony club camp and then a boarding facility for years, but now had just the owners 4 personal horses. 40 acres with a few trails on the property, but no connection to a trail network. Walking distance to a cute, little downtown (think coffee shop, diner, library, etc), a 5 minute drive to a grocery store, gas stations, and the highway and only 30 minutes to Concord. $1,250,000 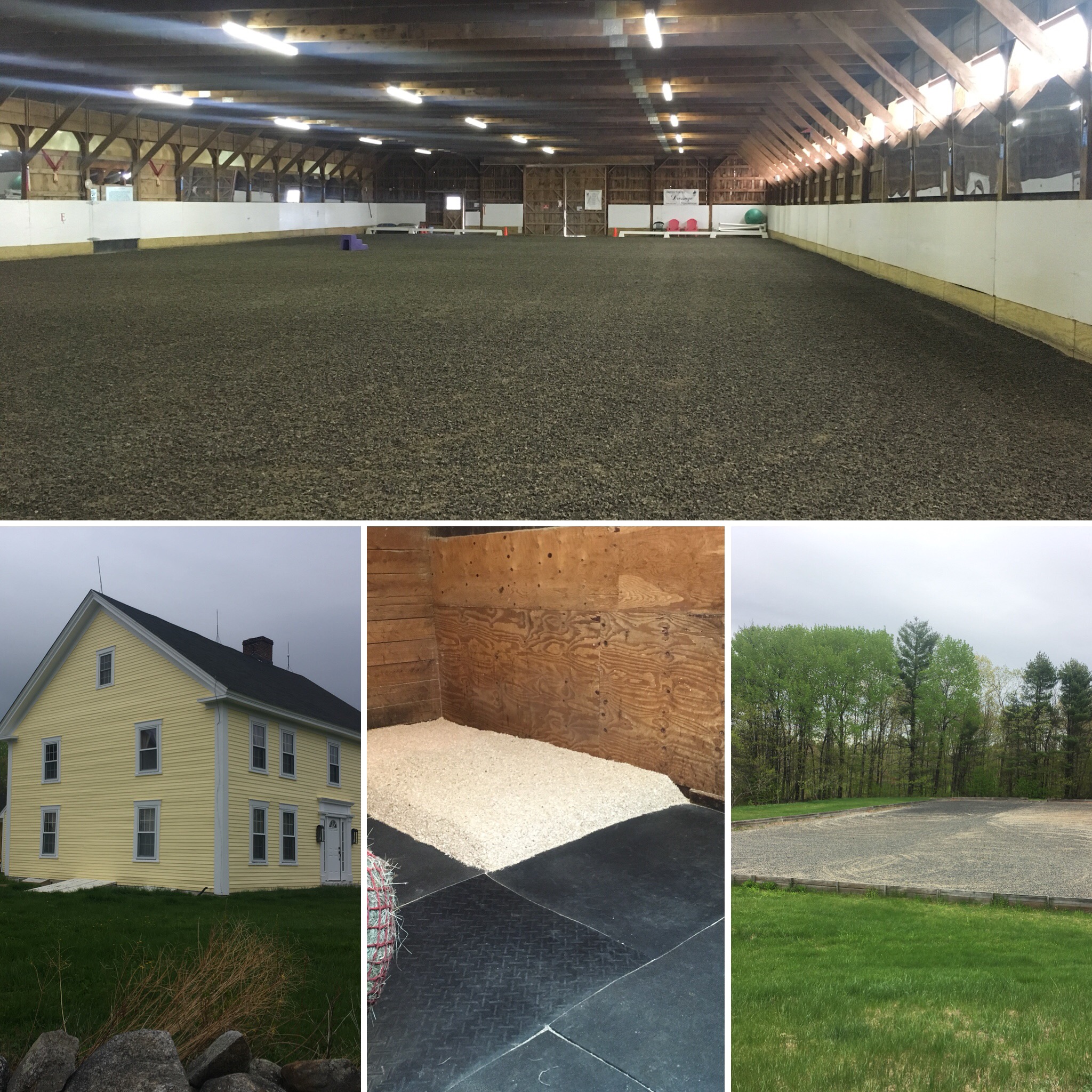 Which house would you choose?