After our May trip to Vermont and New Hampshire, we came home and put in an offer on Vermont’s House #2. Although most readers picked #1 or #3, house #2 was the one we liked the most. The barn was small, but there were acres of pastures and space to add an arena. The trail connection into the park was also huge pro – especially because we knew the surrounding land wouldn’t ever be developed. The only downside was it’s distance from a town. We actually saw the house after it had been on the market for only 2 days (we had booked the trip in advance and added this one on at the last minute) and it had a bunch of showings in that short time. By the time we got home, it already had another offer.  The other bidders put in an offer with no contingencies and we had a bunch so we didn’t get it. At the time, this was really upsetting, but I’m actually relieved now.

Since we weren’t finding a property that appealed to us, we decided to look for rentals. We rent here in California; we figured we might as well rent in Vermont. It would give us the opportunity to explore the area, see if we liked living there, and it would make future house shopping more convenient. I had some rentals lined up to view at the end of June and flew out three days after getting back from camp. With camp and shows and the previous trip to the east coast, my husband was running through his vacation time so this trip was just me. Although I figured we’d end up renting, I did make plans with realtors to look at properties anyway. This was a whirlwind trip. I flew out on Thursday, arrived at my airport hotel in NH around 1am on Friday, woke up early and hit the road driving to Portland, ME to see 3 properties the next day. Then I drove back past that hotel and 90 minutes further to Hartford, NH with plans to look at five more properties for sale on Saturday (and then look at rentals on Sunday).

I love Portland, ME. It’s such a great, small city with the right mix of stores, culture, restaurants, and people. However, horse culture isn’t very strong in that area. While there are schooling shows, there isn’t a single rated event in Maine and we knew we’d end up driving to Vermont and NH frequently to compete. With that in mind, we were only moving to Maine if we could be within 20 minutes of Portland. I figured if we were going to live in a rural area, I’d rather do Vermont or NH. Maine was all about Portland. That made it really difficult to find house as there aren’t a lot of horse properties in the immediate Portland area and that’s why we hadn’t even gone to Maine in May. For my June trip, I found a few worth visiting. Without further ado, I present the three houses I looked at in Maine.

A 4 bedroom, 3 bathroom house in Scarborough, ME. I really liked this house. It was cute, updated, and a reasonable size. There was even a dog bath in the basement. The street was a dead end with each house occupying 10 acres and all of them non dividable, which meant we’d never be crammed into a development. All of the houses looked really nice and I met one of the neighbors, who assured me that it was a good neighborhood. The property was only 10 acres, but the owners had really efficiently used the land. There was a small, 4 stall barn with attached paddocks and a large pasture surrounding the indoor arena. The indoor was small, but cute and with decent footing. There was also a larger (20mx60m-ish) outdoor arena that was starting to grow weeds (the owners had moved and the current renters didn’t have horses). No trail access at all. The property backed up to the highway and you could hear highway noise when outside, but not inside. Scarborough is about 10 minutes from Portland, but it’s near the ocean and home to swaths of wetlands. While Mainers like to joke that the state bird is the mosquito, the amount of mosquitos we encountered in Scarborough (we looked at a few properties there last year as well) was about a million times worse than any of the other areas we looked at. I was ready to bundle myself into a hoodie to escape them despite the nearly 100 degree weather. $640k 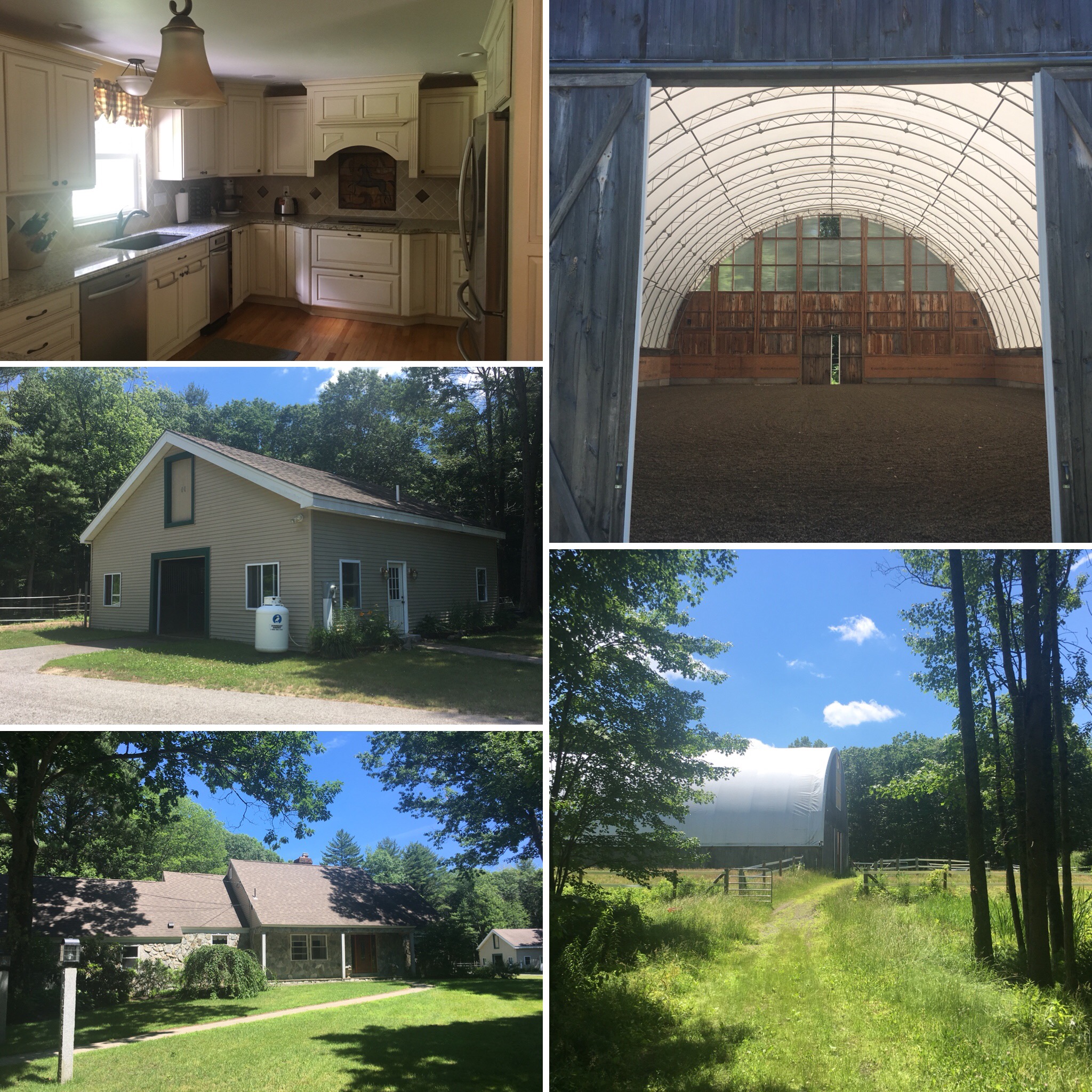 This was a really interesting property. It’s a massive Saddleseat training and breeding facility. I think there are 80 horses on the property currently. There’s a second house with a bunch of bedrooms that the current owners were using to provide housing for their 8 full-time staff.  It’s about 20 minutes outside of Portland so the potential for a boarding business exists, but the way it is set up, it would really only work for a Saddleseat trainer. The arena was long and narrow (narrower than 20m) and the stalls in the training barn were a completely enclosed cinder-block style. You’d have to have enough money to tear down the barn and indoor and replace them (money we do not have). The main house was lovely. Truly. It was connected to a dog kennel (I have no idea what I’d do with this) and a small barn for the miniature ponies, donkeys and alpacas. There was yet another barn for the breeding mares. The pastures out by that barn had a bunch of mares and foals out enjoying themselves and we found a new-born foal sleeping in one of the birthing stalls under the watchful eye of his mother. There was a large outdoor arena and some additional outbuildings for hay, shavings, and and aviary. 44 acres with trail access into park/preserved land surrounding the property. $1,286,000. 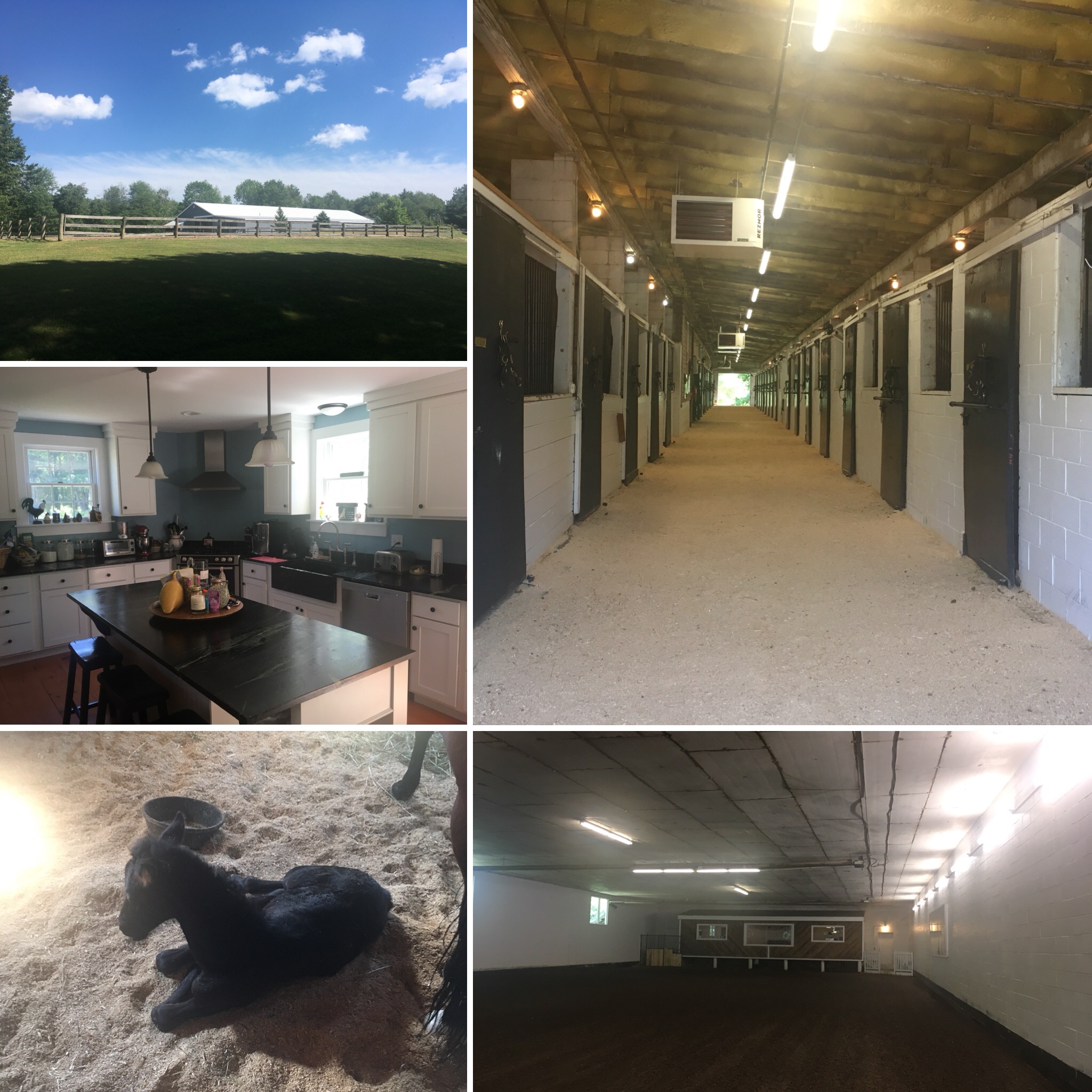 This house was so cool. I love old houses and this one had been beautifully cared for and preserved. There were really unique features like the original key from the 1790s and a weird cave-like storage area behind the fireplace in the kitchen. The previous owners had saved articles from the newspaper about the house over the years. They had an article with pictures about the historical barn being driven down the road when it was rescued from being torn down at another location. The house was donated to the historical society at one point and then sold to the people now selling it. There was a pool and 10 acres of land. It was sadly located directly next to the train tracks. I took zero pictures of the barn for this property because – spoiler alert – once I got outside, I realized it would be impossible to put an arena in. The property was just way too hilly. It was a cute little 5 stall barn with a bunch of pasture land and connection to trails (you could even ride to an ice cream shop), but no way to put in an arena. $595k 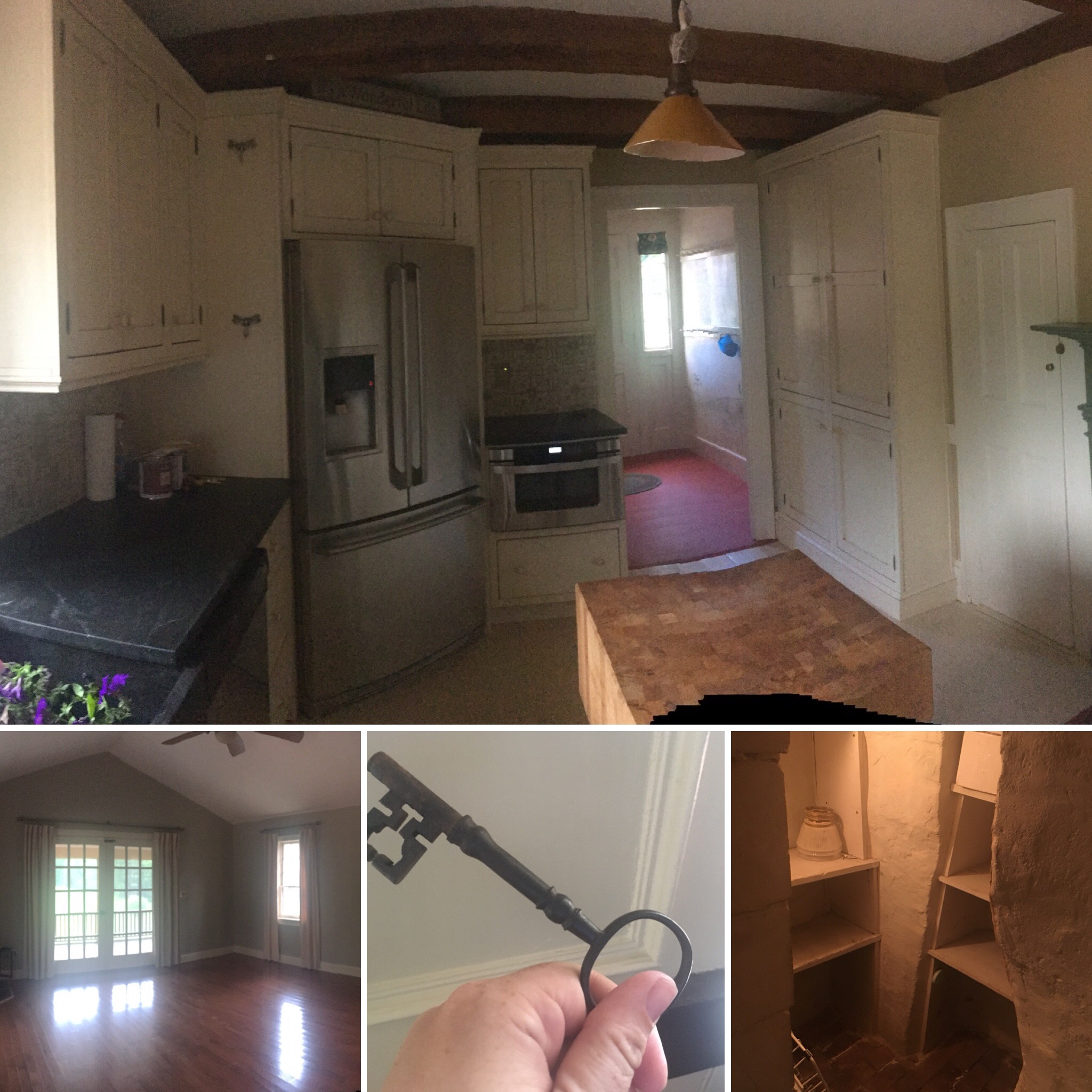 What house would you pick?

I will return to the Horse House Hunting series in a few weeks – hopefully with an exciting update – but in the meantime, I’ll have a series of posts on going to Arizona for two weeks to compete at the Coconino Horse Trials!