Today I’ll cover Vermont. We looked at 8 different properties in Vermont on this trip, but in sticking to the House Hunters format, I’ll just go over 3.

3 bedroom, 3 bathroom post and beam style house with brand new kitchen and appliances and attached garage. Gorgeous views out over the valley and situated in between Woodstock, VT (a cute town that’s also home to the Green Mountain Horse Association) and the Hanover/Lebanon area for shopping and needs. Also like 5 minutes away from a tack store, but apparently that’s not a reason to buy a house (and according to my husband is a reason not to buy a house). This property was ALL about the barn though. It was built by some very rich parents for their son when he was attending Dartmouth. He was on the olympic dressage team for his home country and needed a facility for continued training while attending school. The 10 stall barn complete with heated wash racks and tack room is attached to a huge indoor arena with GGT footing. There’s also a 20×60 outdoor arena although it had been neglected for a few years and would need work. The downside to this property was it only had 12 acres. With the house, barn, and arenas occupying some of that land, there would probably be only 8 acres left to fence in, which is really not a lot for that size of a barn. There was also no trail access. $850k. 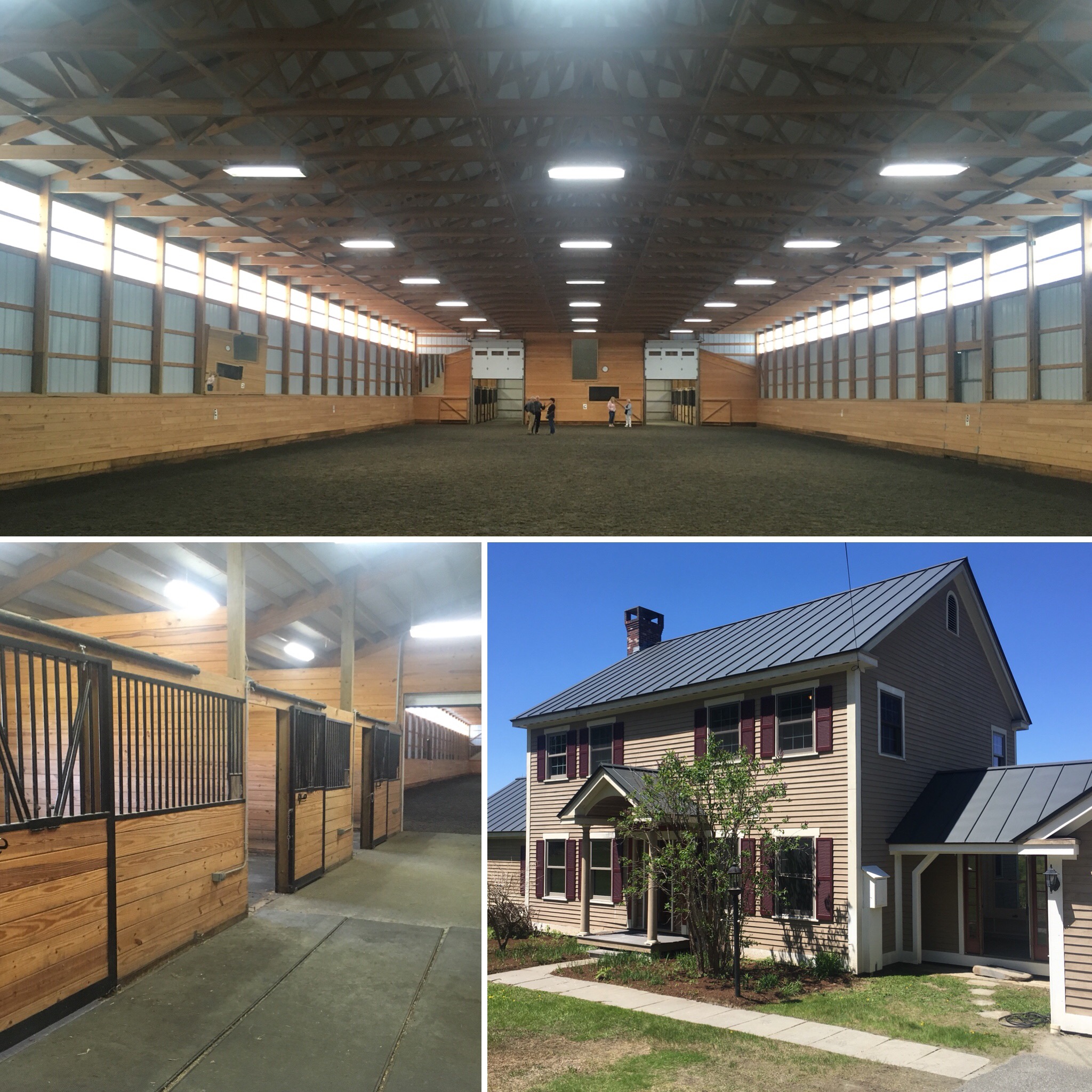 If the first house was all about the barn, this one was all about the house. A gorgeous Cape house with exposed beams built in the 1990s. It was, by far, the most well built house we looked at. It was the only house we looked at that wouldn’t require any work (we’d still need to build an indoor arena, but the house was turn-key). My favorite part was the dog bath built into the entryway off the garage. Now I want every house I look at to have one. 71 acres though a lot of the acres were forested wetlands and wouldn’t be usable. The front 10ish acres hosted fenced pastures and a cute 4 stall barn. No arena, but direct access to miles of trails in a nearby park system. This house was in the middle of nowhere (obviously not really, but for me coming from where I have access to everything within a 5 minute drive). The town had literally no stores – not even a gas station with a convenience store for an emergency milk run. It was about 25 minutes from Hartford, which is a college town with stores. It was 50-60 minutes from GMHA. The land had a deed restriction prohibiting commercial activity so no boarding would be allowed. $750k. 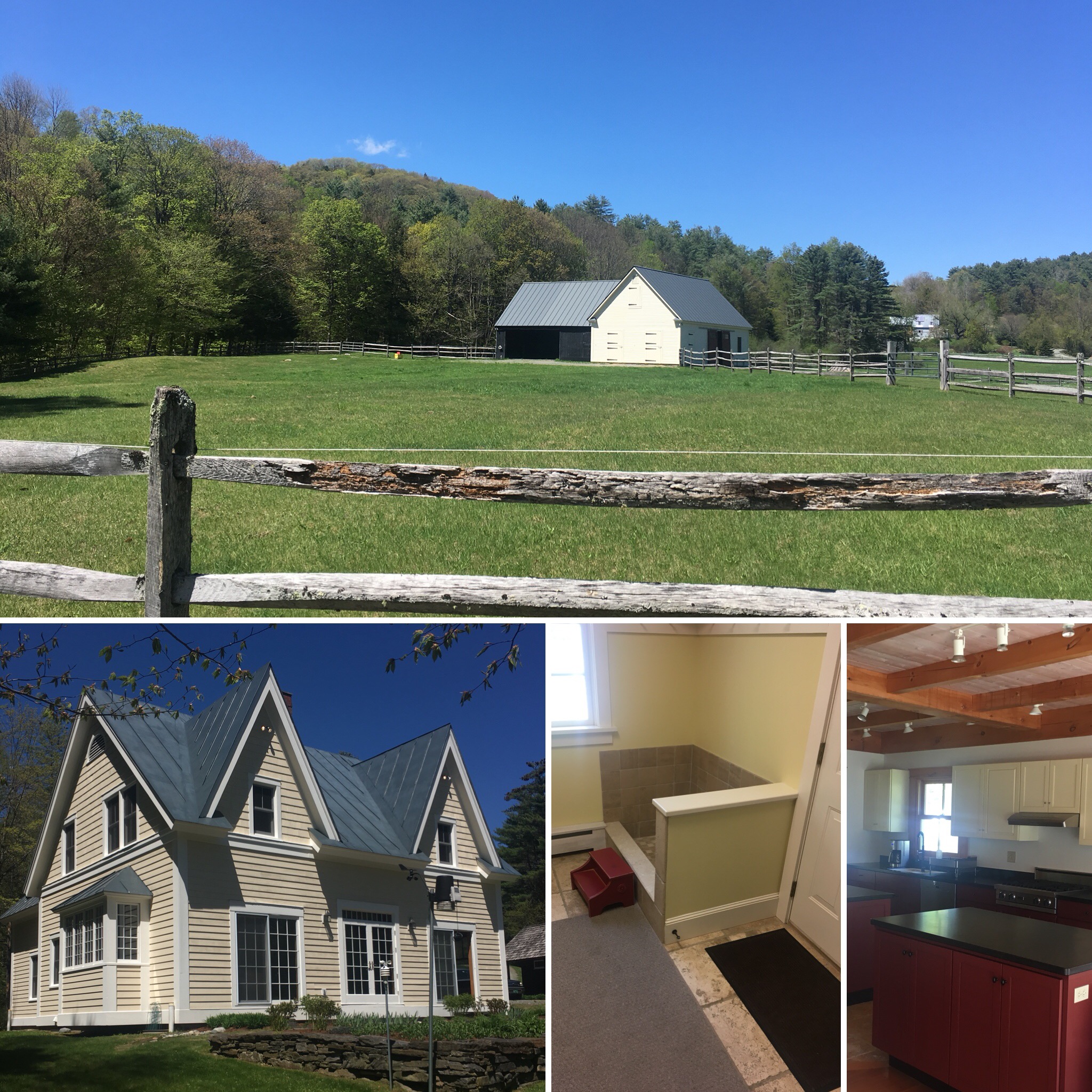 The Woodstock area hosts the Green Mountain Horse Association. In addition to a horse park that hosts rated events all year long, the association has a network of miles of trails on public and private property that connect a lot of the local farms to the horse park and to each other. They have enough trails to run a few endurance rides in the area including a 100 mile ride. This property was on the trail network and the current owner even mentioned offering food for the volunteers and riders every year during the 100 mile ride. The house was older and would need quite a bit of work, but it was filled with horsey decorations and I loved all the built in bookshelves. The barn had 7 stalls with heated office and tack room. The pastures had additional run-in shelters to house more horses (I think there were about 15 horses living on the property at the time). There was a small (20×40) outdoor arena (that would require considerable work to enlarge and cover because of it’s location edged into a hill) and a round pen. 20 acres. $500k. 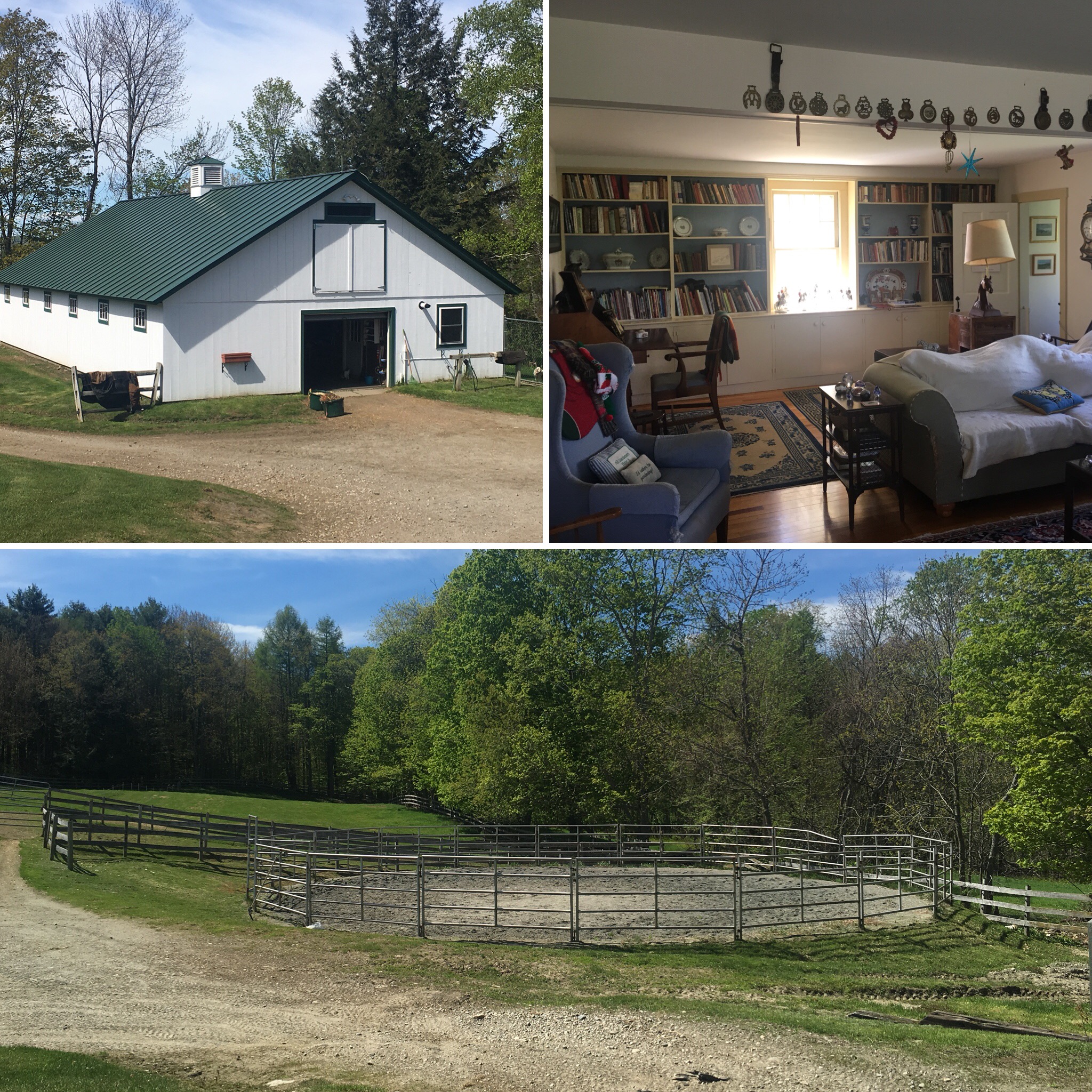 Which house would you pick?