July started off with my friend (who I’ve been friends with since nursery school) coming to visit with her husband and little girls. Unfortunately, it was off the wall hot and we don’t have air conditioning so it was rather miserable. But, on the plus side, the girls have been taking riding lessons at home and were excited to ride our horses. Our best friends-and-family horses are both retired due to injury, but they’re both approved for light riding so Shasta and Nilla got returned to work.

This week, we got both the lame mostly-retired mares out for some (vet-approved) exercise. Shasta will never be sound again, but she can do light walk/trot work. She used to love jumping and was excited to see some poles. #quarterhorse #horsesofinstagram #horselife #retiredhorse

We rode them a few times to make sure sanity was installed and then the girls got to ride them. Shasta and Nilla were really well behaved and the kids enjoyed that part of their trip. My friend and I also did a few trail rides on the boys, but apparently we captured zero pictures of that whatsoever.

In the middle of July, my husband did the Huntington Farms H.T. with both of the Mustangs. On Saturday, he did the Novice division with Eugene. Dressage went well and then they had a fall in warm up, which is really not the best start to XC. They ended up having another refusal with subsequent rider fall on XC and that ended that. Eugene has been getting yearly hock injections since we’ve had him. This year my husband thought he was fine and didn’t get his hocks done and I think Eugene was just hurting a little bit and struggled to get around Novice. It’s a shame too, because he made it over several of the jumps that were causing problems for that division. Honestly, that whole division was a cursed. Out of 13 starters for the Saturday Novice, 6 finished. 7 people didn’t make it past dressage for various reasons. It was brutal. Then the Sunday Novice division had no real issues so who knows what caused Saturday to be so bad.

Little Mustang looking casual over the raised log that caused problems for a lot of riders that weekend. #blmmustang #eventersofinstagram #eventing #horsetrials #crosscountry

On Sunday, we returned to Huntington and my husband rode Levi in the BN division. The dressage judge didn’t love Levi, and they were 7th out of 9 coming out of dressage. The cross country courses at Huntington are no joke. Here’s the coursewalk if you’re interested. The jumps were big, the terrain is difficult, and the water is terrifying (it’s at the bottom of a hill and is very small and dark beneath the trees). But Levi went out and cleared it like no big deal.

The only real problem they had was at the end after the water, they came out into the field where the start box and warm up are and Levi was like, okay, let’s go over there with all my new friends and my husband had to really fight with him to get him to go over that last jump. You can see Levi’s head duck out as he throws a little fit right before the last jump, but they did make it around double clear. The course was tough enough that going clear moved them up to 4th. 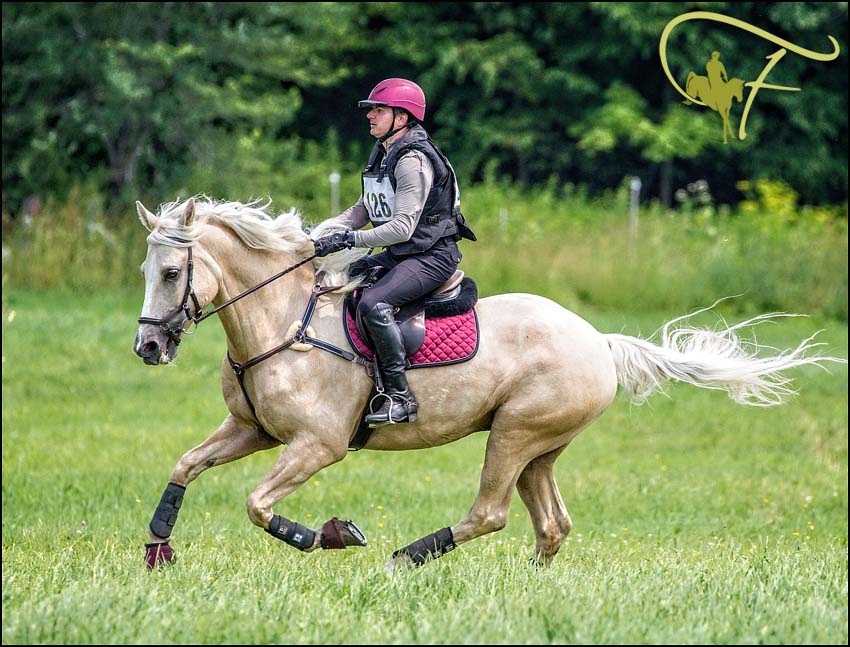 We’ve found that Levi really prefers doing stadium in his side-pull. However, we were worried that he might be too frisky for bitless going into stadium shortly after XC (he had like an hour’s break, but not a ton of down time). He was a bit of a nut in warm up and my husband almost ran over some innocent bystanders, but he settled down for the actual course. Sadly, they had a rail at #4, which dropped them to 5th place, but it did inspire Levi to pick his feet up even more. That horse has a serious wood allergy.

At the end of the month, we hit up another schooling show at Tamarack Hill Farm. I took Levi in the 2’3″ and 2’6″ divisions and then my husband took him in the 2’9″ and 3′ divisions. Levi was actually jumping really nicely; forward and with no chipping. If he could go like this all the time, I’d want to ride him all the time. Levi was really jumping nicely and he even got a compliment from Denny this time around.

My husband took Eugene in the 2’6″ and 2’9″, but changed his 3′ entry from Eugene to Levi because Eugene seemed a bit tired (after Huntington, we’d scheduled a hock injection, but it hadn’t happened yet by this show).

Eugene was happy to hop around at the show as well. #blmmustang #horseshow #demandthebrand #schoolingshow

I don’t remember our placings, but it’s irrelevant. We both had fun and the horses seemed to enjoy themselves as well. It was a great way to wrap up the month. Stay tuned for August’s recap next. 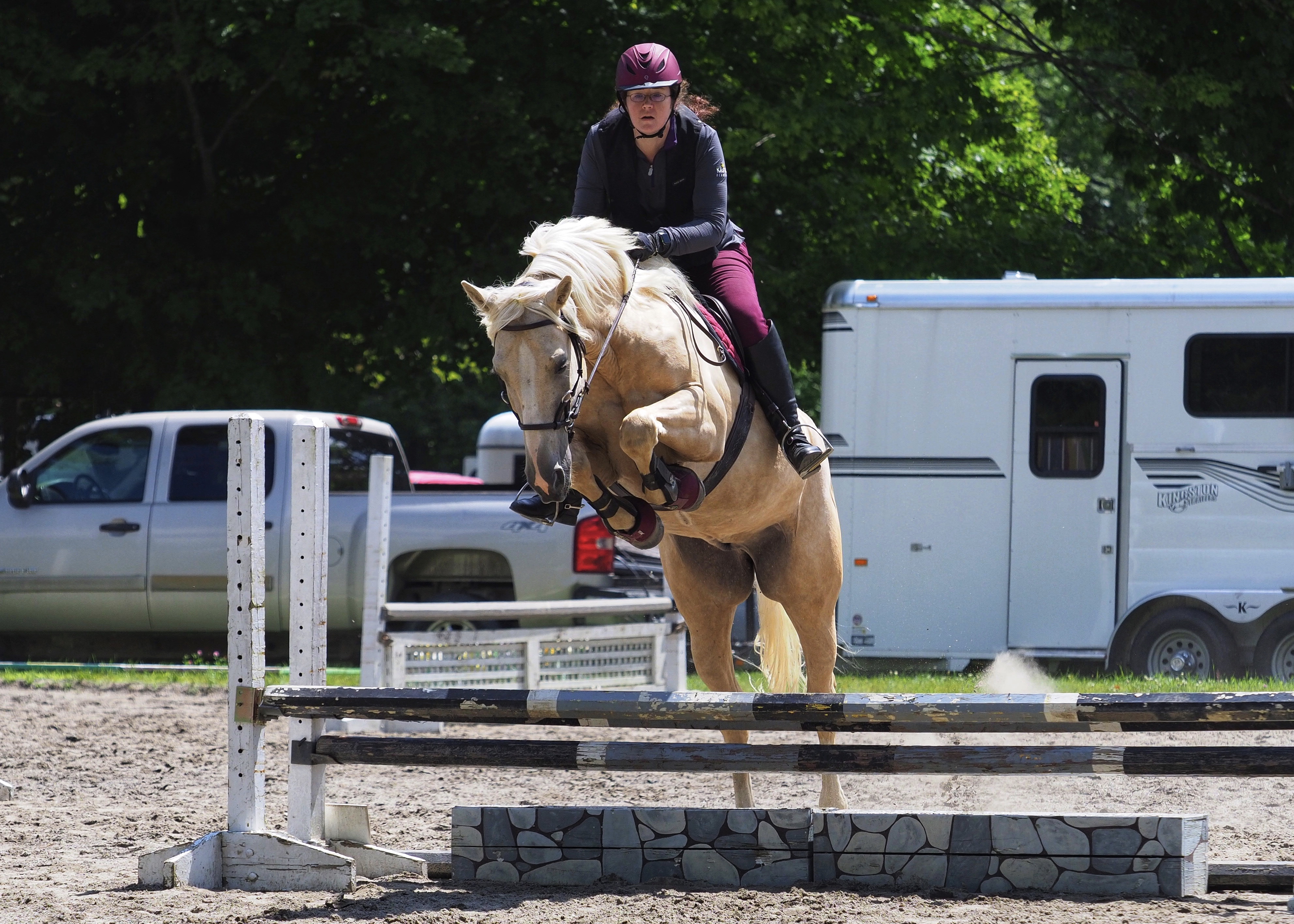