I know, I know; it’s been… a while. I’ve been having a hard time feeling motivated to blog, but I have had a lot of requests that I do so. As I’ve always hated it when blogs I like reading went away or switched over to just Instagram, I’m going to try to not do that. 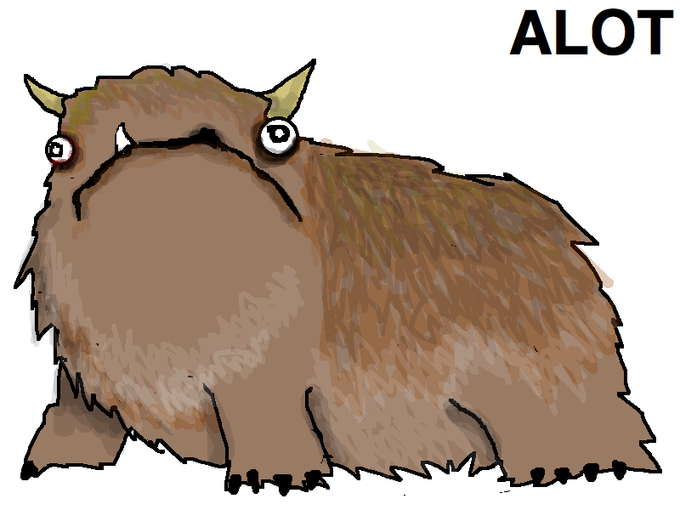 In June my husband competed in the GMHA Spring HT with Eugene. Because we’d had so much time off over the winter, they dropped back down to BN. The event went really well for them despite the rain. They did Stadium and XC in the pouring rain. Thankfully Eugene is the most foot-sure little horse and he just marched around the place like the mud and rain didn’t matter.

Later in June, we both participated in a clinic with Eric Smiley. I did a private XC clinic with him and it was really helpful. He’s a big proponent of riding correctly to the fence and letting the horse jump it. No picking to a distance, no worrying when you get the wrong distance, just ride correctly. Your job is to set the right pace and gait and the horse’s job is to jump. He likes to do jumps on a circle to really keep the whole idea of the jump not being the point. It’s just a moment in the ride.

(Over)jumping cross country jumps on a circle on a hill on wet grass in the rain; Levi was very good at the Eric Smiley clinic. #crosscountryschooling #eventingmustang #eventing #crosscountry #palomino #blmmustang #demandthebrand

Levi was shockingly good. For a horse who is capable of – and has done so with me a few times- faceplanting in a groomed arena, he managed to stay on his feet in wet grass on hills while circling over jumps.

The clinic was Friday-Sunday, but we only did Friday because we were both entered in the Schooling HT at GMHA on Saturday. We should have just stuck to the clinic though, as this was a disastrous event. After withdrawing from my last rated event in June of 2018 and doing only intro/elementary for a year, I thought I’d be safe to move up to BN again. I thought wrong. 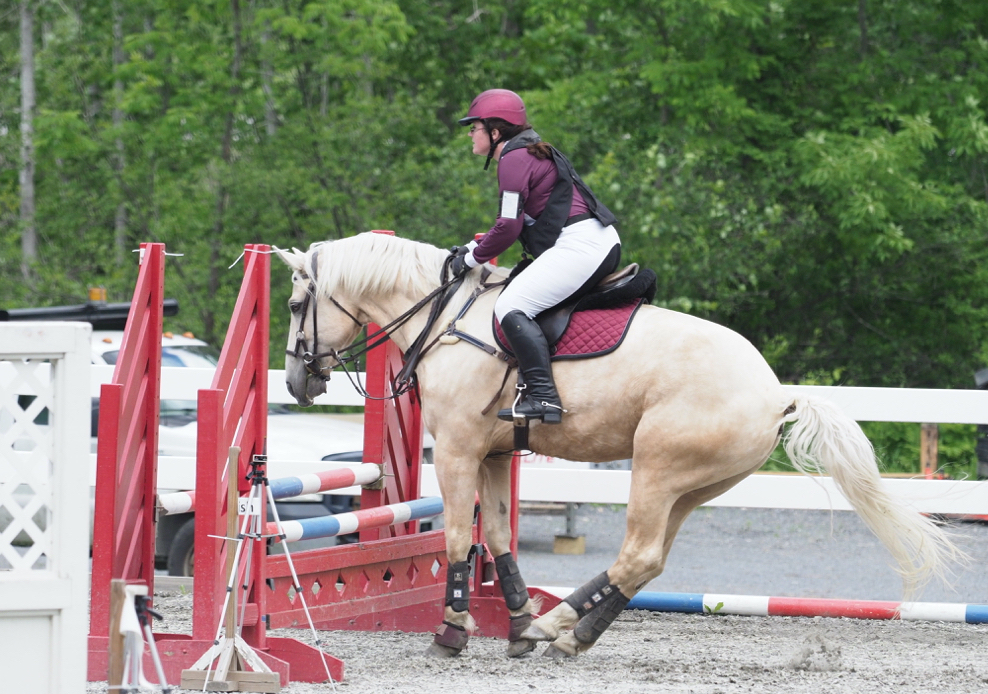 I bet your thought I was exaggerating

Dressage was fine and then we had to do stadium. Levi started off stupid in stadium warm up by hesitating at every jump and then lurching over from a near stand still. I tried getting after him and really getting him moving forward – which is not my preferred mode as I would like to crawl around the arena. This just produced more momentum to thrust me forward as he skidded to a near stop before leaping upwards to clear the jump and tossing me out of the tack. 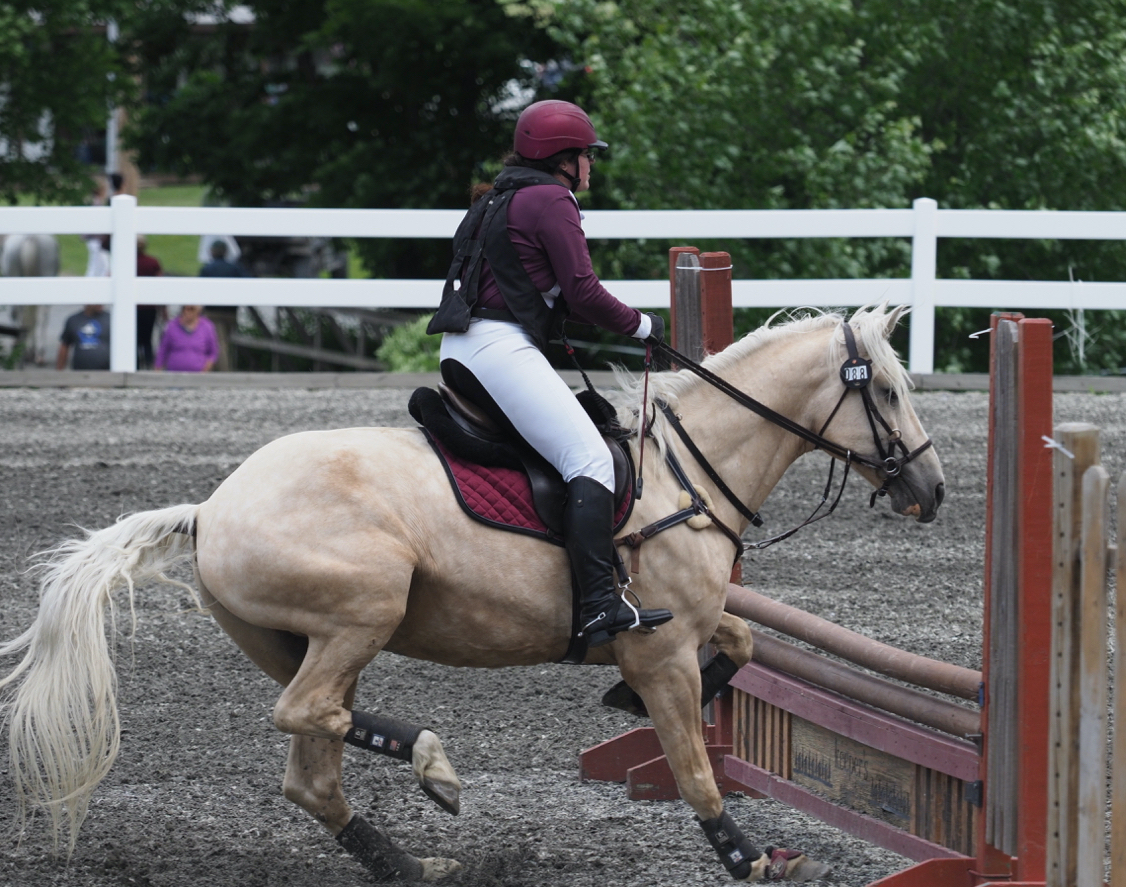 We came around to jump 5ish, which was a 2 stride combination and Levi finally couldn’t get over the jump from underneath it and clobbered it. I pulled him up to stop him from the bucking fit he wanted to start (he hates hitting jumps) and then we were stuck in the middle of the combination. Having been eliminated previously for jumping the B part of a combination without re-jumping the A, I wasn’t making that mistake again and we had to wait while the jump crew reconstructed the clobbered first jump for us. 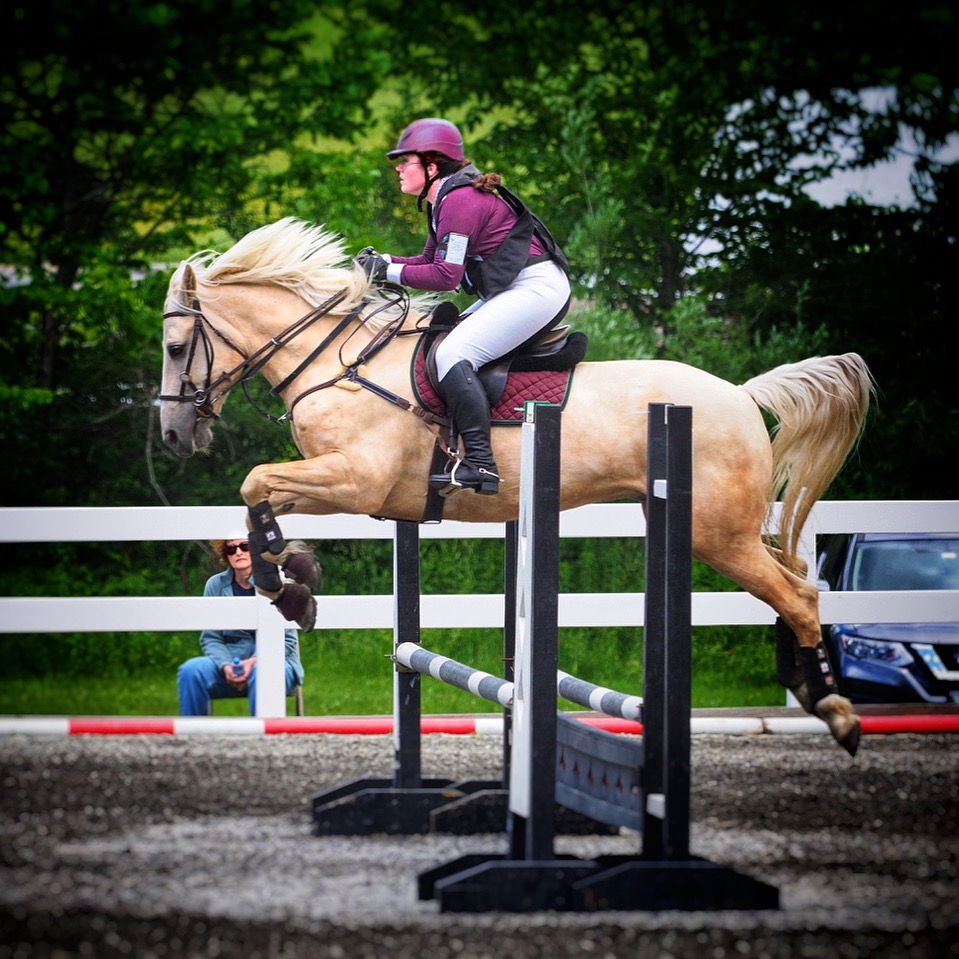 We finished the course and the gate steward made the mistake of trying to say something nice to me about Levi and I told her she could have him. I was done with this horse. I had to head straight to cross country. I debated scratching because I wasn’t kidding. I really was done with this stupid horse and sell him. Everyone else thinks he’s so lovely; they could have him and deal with his sh*t and see how much they liked him then. But I decided to just go out and get cross country done. I did tell my husband to stay in the first field though because I was pretty sure we wouldn’t make it all the way around, but at least he could get a picture of me over the first jump. We ended up finishing, but I was still mad at Levi. I even tried to leave without getting our ribbon as I didn’t think we deserved one.

Meanwhile, my husband had a run out with Eugene on the Novice course. Eugene can do Novice, but it’s hard for him and he needs a good ride to make it happen. 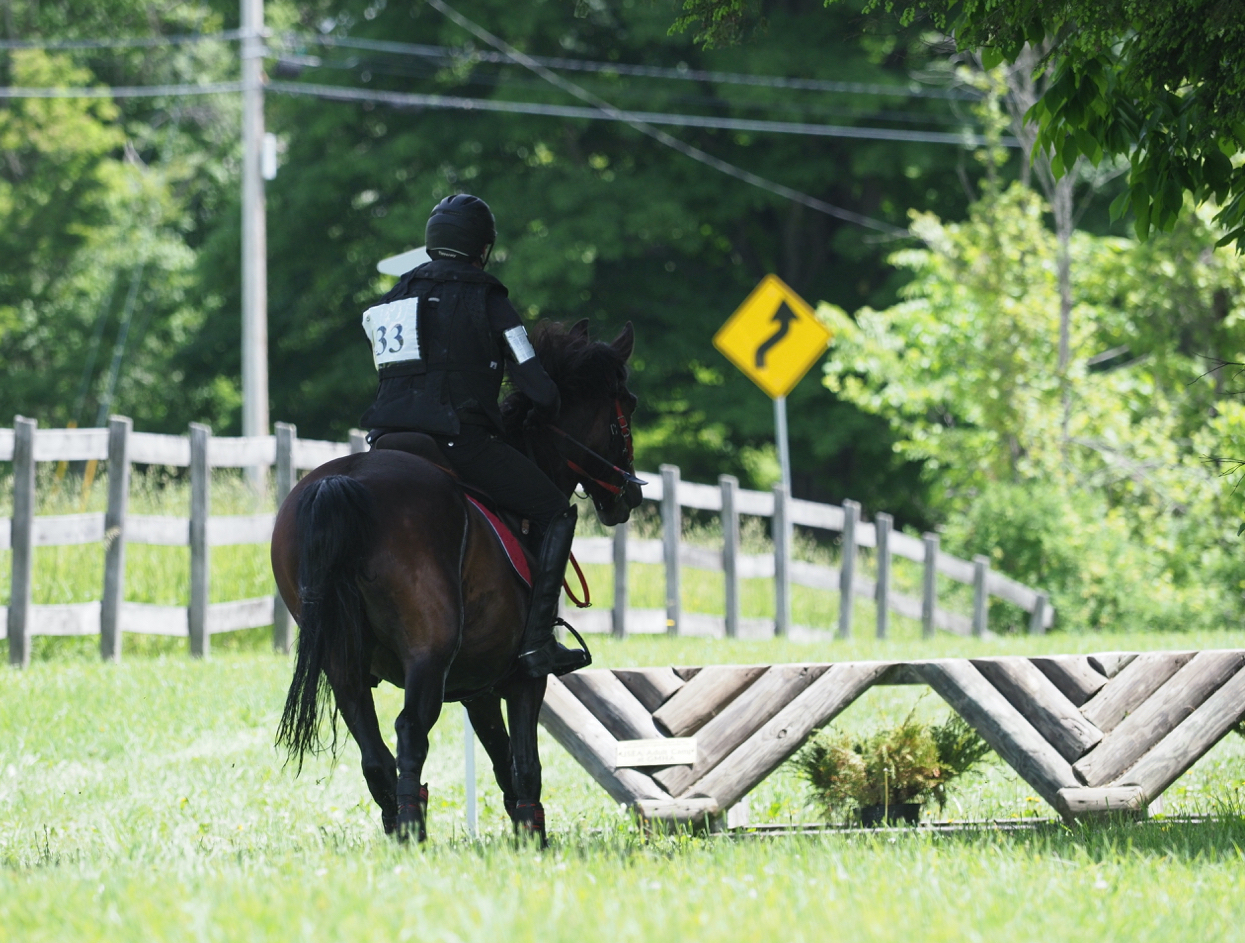 What you can’t see is that to the right of this chevron jump is a large tree. Did I tell him to make sure to ride to the right to have the tree prevent a run out? Yes. Did he aim for the right hand Chevron? No. Did he aim for the middle Chevron? No. Did he ride Eugene directly towards the leftmost chevron for absolutely no discernible reason? Yes. I don’t really blame the pony for running out. Eugene jumped it on re-present and they finished, but it wasn’t the best day.

At the end of the month, we went over to Tamarack Hill Farm for a Wednesday morning schooling jumper show. The show sounded perfect: $15 rounds, with a jump off if you go clear, 10$ for a re-ride if you want/need one, casual clothing allowed and a “civilized” 10 am start. I took Levi in the 2′ and 2’3″ divisions. I was really just there for the schooling and didn’t even realize there were ribbons until they came over with them and I was like, wait, what are we even getting scored on. Turns out it was table II.

One ear on me, one ear on the jump. Those jumps are tricksy and need watching. #eventingmustang #palomino #schoolingshow

My husband took Eugene in the 2’6, 2’9″, and 3′ divisions. They did really well with Eugene going clear and really picking up his knees. Eugene was a bit tired for the 3′ round, but he won the 2’9″ and even got a compliment from Denny himself.

Me: wanna take off work on Wednesday and go to a schooling show? Husband: yeah, that sounds fun. #adulting #makinggoodchoices #horselife #schoolingshow #blmmustang

My husband did a few rounds with Levi at the show as well. They even won the 2’6” class. #eventingmustang #palomino #schoolingshow #horsejumping #blmmustang

And that finished out June for us. Stay tuned for July’s recap coming soon.