Eugene is still in rehab for his stifle and he’s now at the point of doing lots of walk/trot and going over ground poles. Since Eugene still needs a lot of show exposure and the LAHHA Schooling show is cheap and fun, my husband decided to take Eugene and do his walk/trot/pole work at the show. 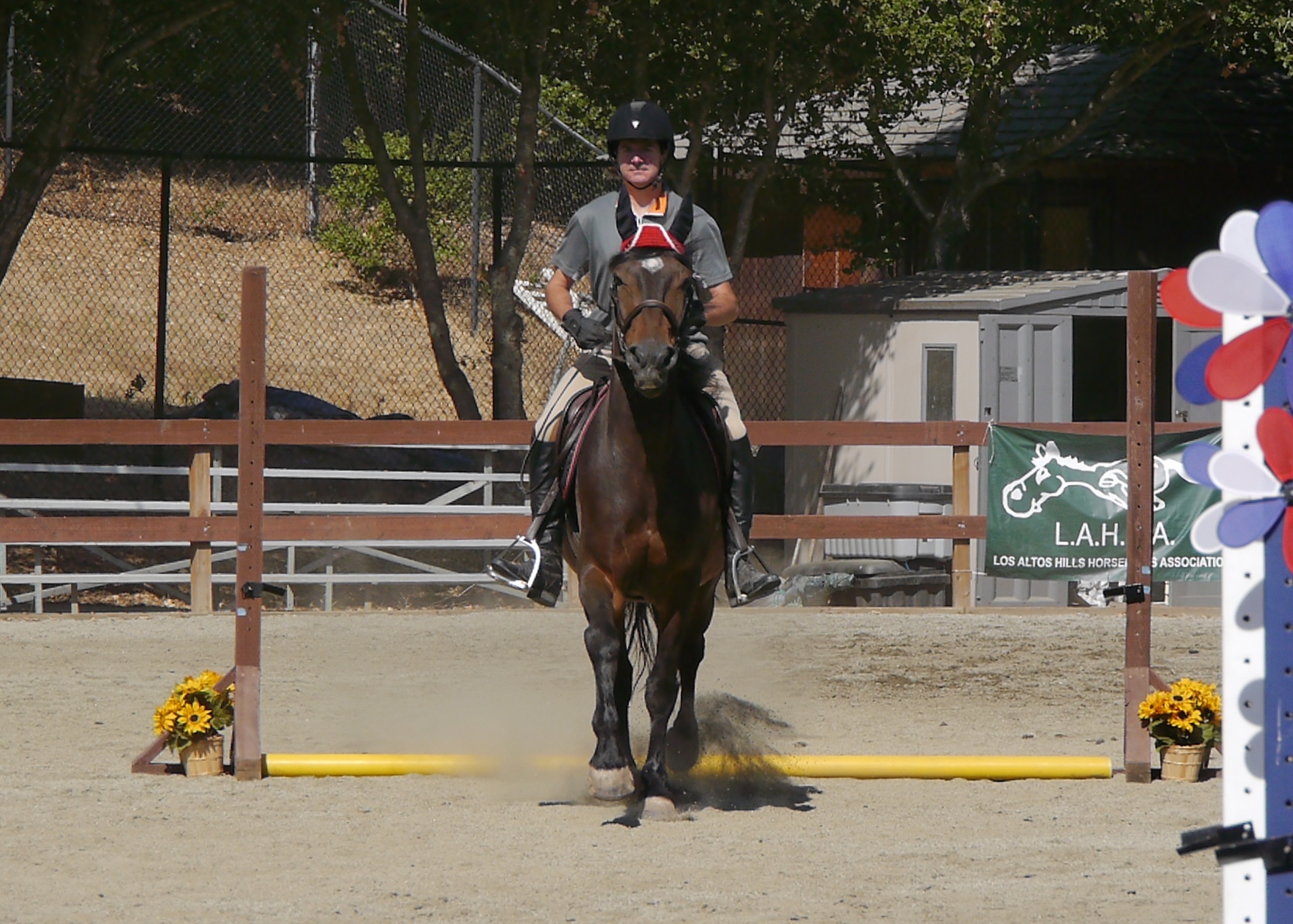 The poles division was up first and Eugene was very excited about it. He kept trying to jump the poles and was cantering in between. They ended up getting 2nd our of 2 in the ground pole hunters class. 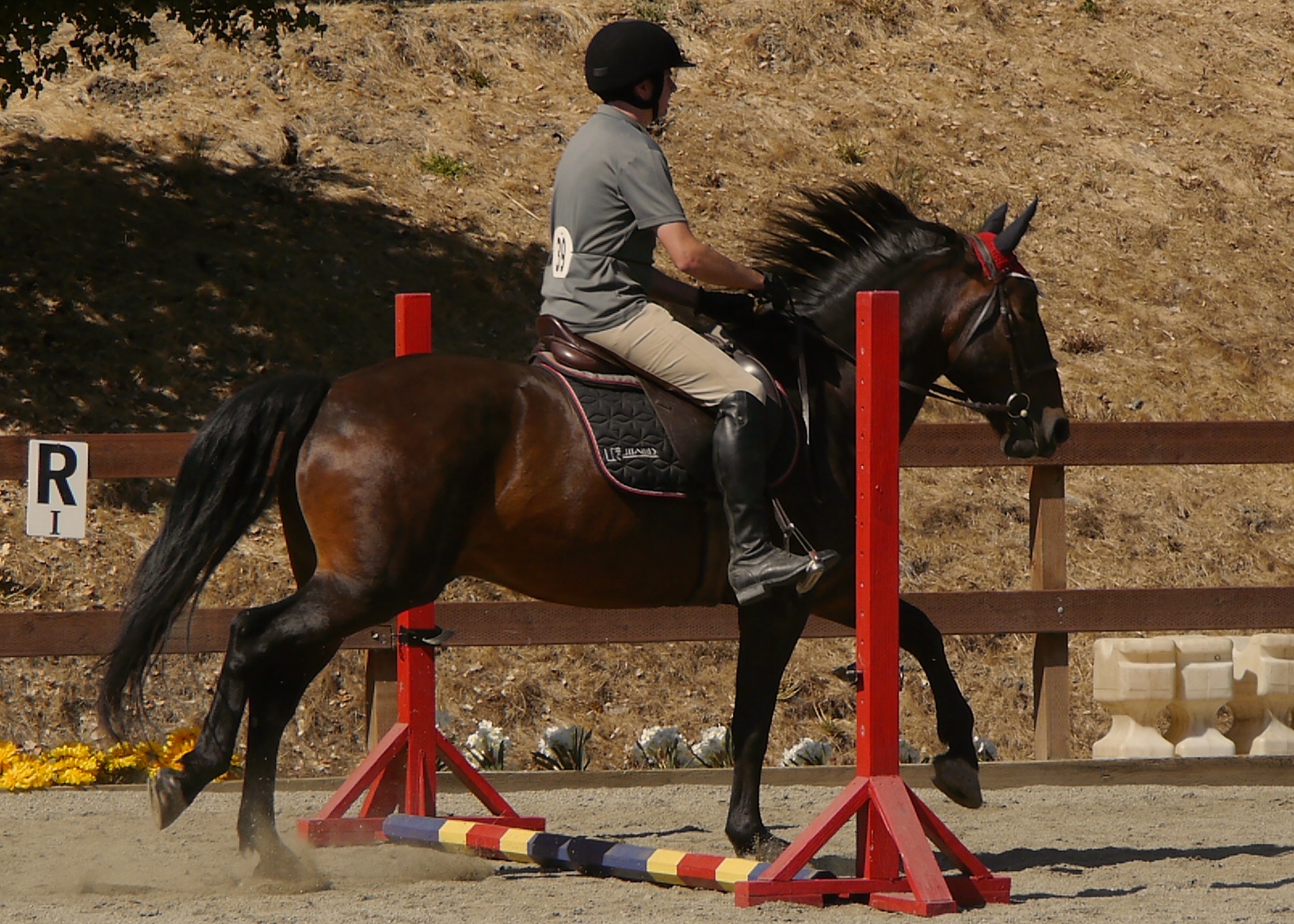 Next up was Ground Pole Equitation. Eugene was still a little overeager, but judges always like my husband in Eq so he won that class. Yay for beating small children on their ponies! 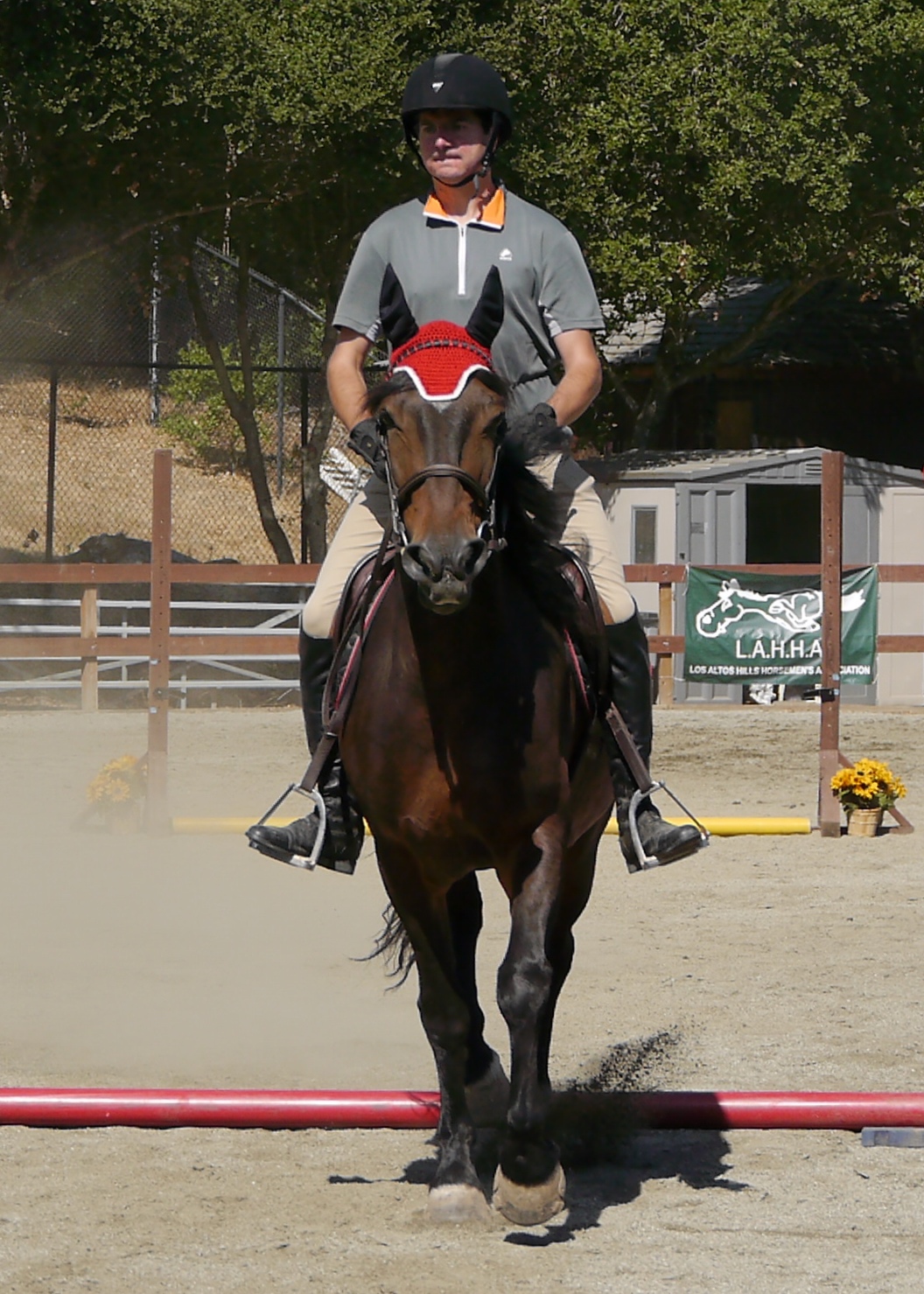 They took a long break before the Ground Pole Hunter Hack to stall for some kids who were riding over from their barn. The LAHHA show is held at the town arena and people can ride from their barns to the arena on town pathways. The hunter hack classes were supposed to start after lunch, but they were a bit ahead of schedule because fewer people had entered. So they watered the arena and then took some time putting away the jumps not needed for hunter hack. I did manage to catch this candid shot of my husband and Eugene hanging out together waiting for the next class.

Finally it was time for the Ground Poles Hunter Hack. Eugene was on pretty good behavior for him. He gets excited at shows to begin with and classes with other horses usually get him really excited. This class had 5 horses, but he kept his brain in head. 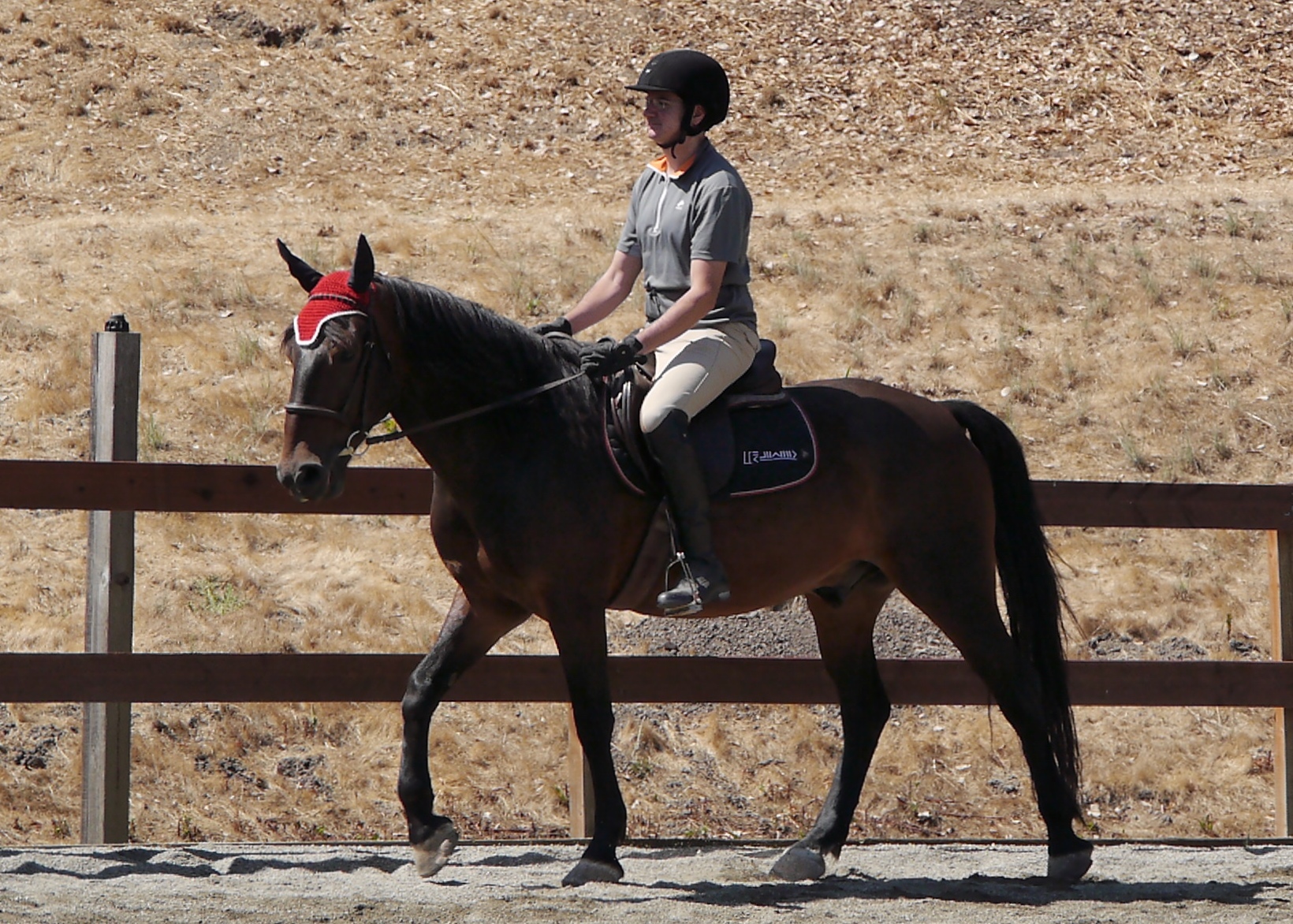 So while it might seem silly to take a horse that has done BN and schooled Novice to a show to do ground poles, I think it was good for him. He needs as much show exposure as possible and he honestly just seemed happy to be out there . 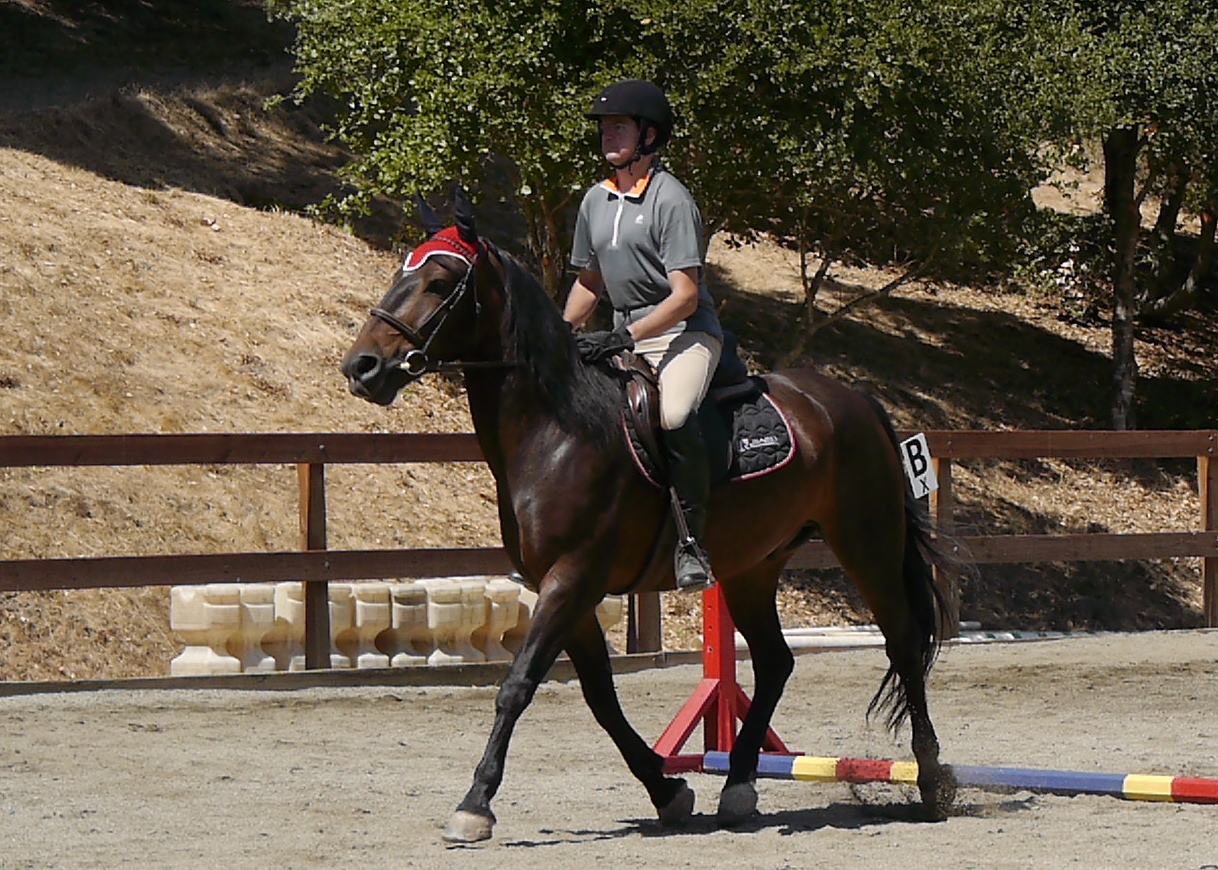 They ended up getting 2nd out of 5 for the Hunter Hack class. After that, they ran the other Hunter Hack classes and then we had a lunch break. Open W/T Eq was up after lunch and Eugene continued to be a good boy. He didn’t even mind halting next to the speakers at one point. 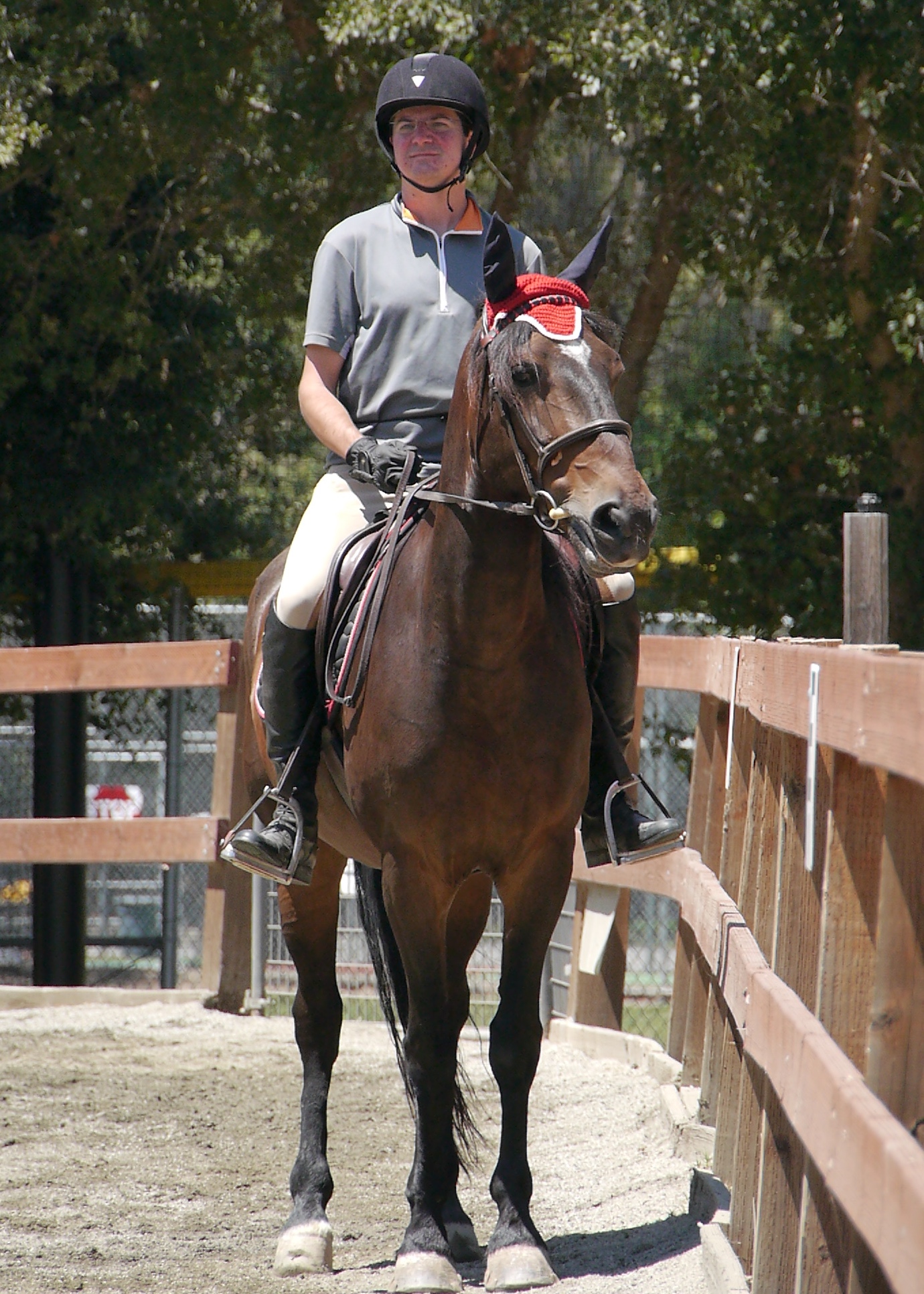 It was at this point I realized my husband had managed to put Eugene’s fly bonnet on all crooked. Poor pony. If I’m not paying attention, my husband will let him go around looking like an idiot. 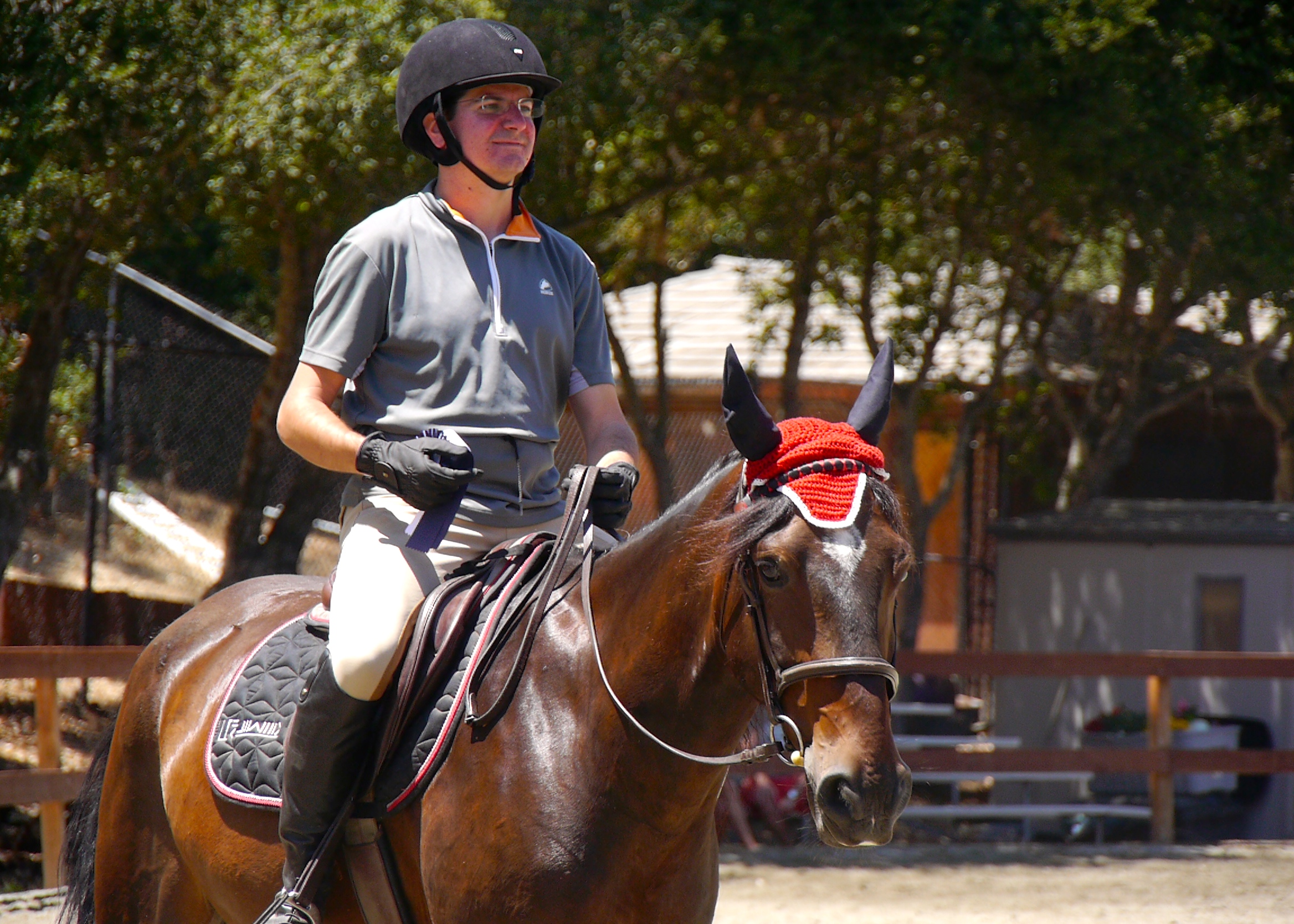 They were definitely having fun winning the Eq classes though. 1st out of 4 for this class. And there were a few adults entered in the afternoon classes too so he wasn’t just beating children anymore.

The next class he entered was W/T Maiden pleasure because technically he’d never won a pleasure class before. I was pretty annoyed with him for entering that class though. He was even competing against my friend who was riding Levi. He’s not allowed to do that again. 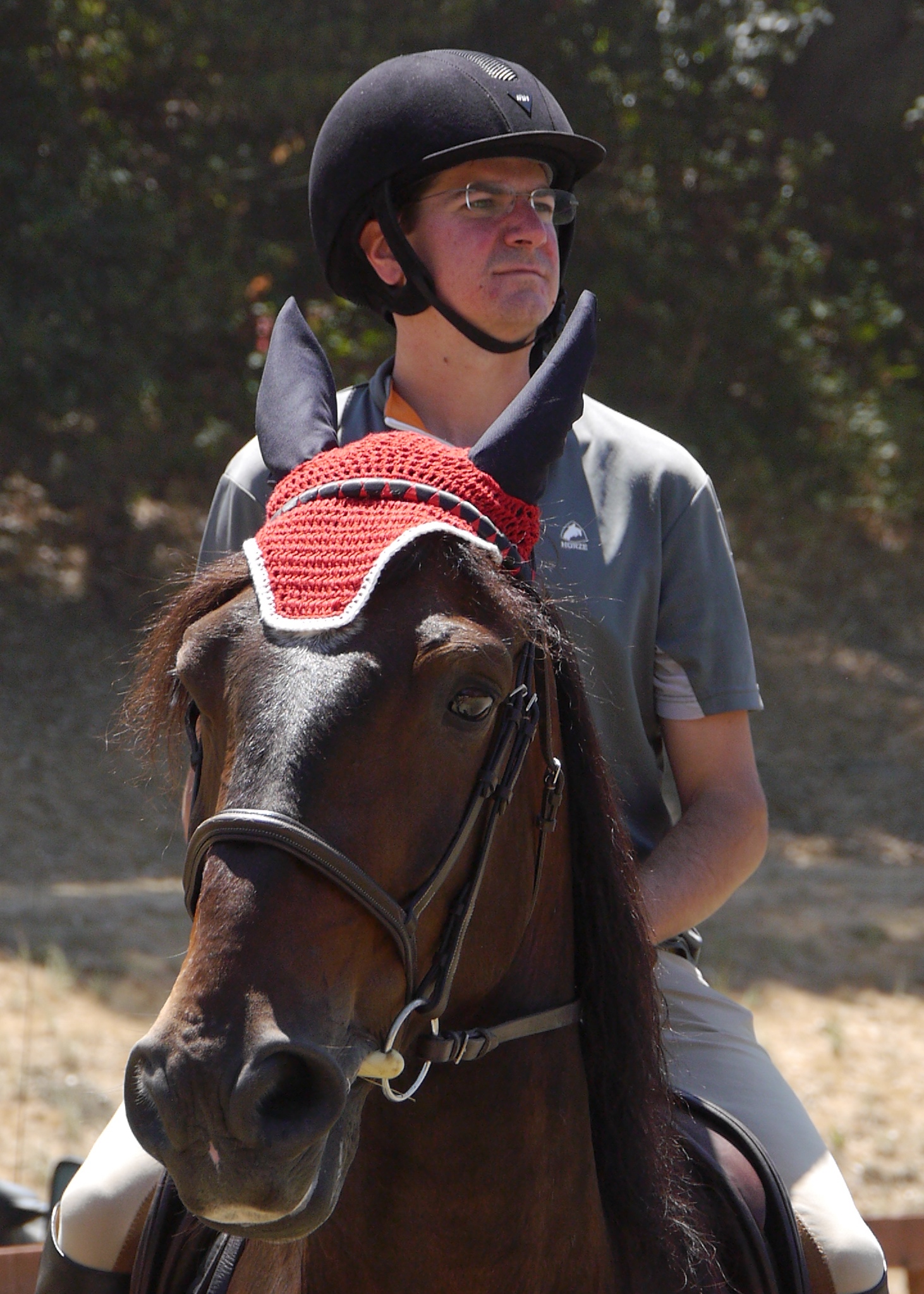 contemplating their dominion over beginners

Although winning ribbons is fun, the real point of doing all the classes was show exposure for Eugene while he was getting his requisite trotting exercise. They also entered the W/T Open Pleasure class and got 1st of 2. 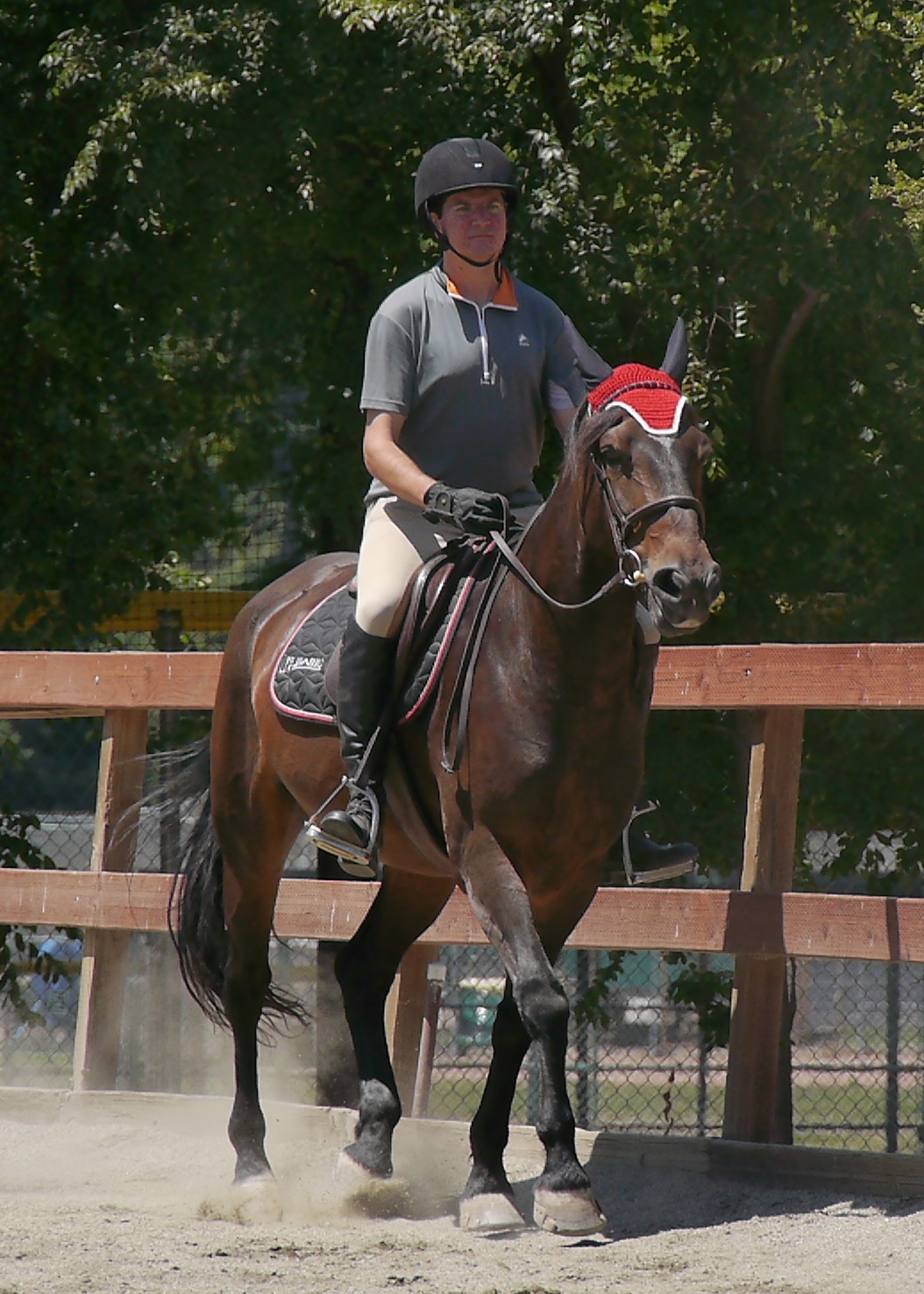 Because this show was fun in addition to being practice, my husband entered Eugene in the trail and egg and spoon classes, but I’ll do a separate post about those. It was a great day and hopefully they can return to regular jumping and showing soon.