Last year my friend K rode Nilla in some walk/trot classes at the LAHHA show. She had been planning to do that again this year and then Nilla decided being injured would be more fun (longer story on that coming soon). So I told her she could ride Levi. Which she’d never done before. And really, he’s not a beginner horse, but he is pretty level headed and lazy so I thought it might actually work out better than Nilla. 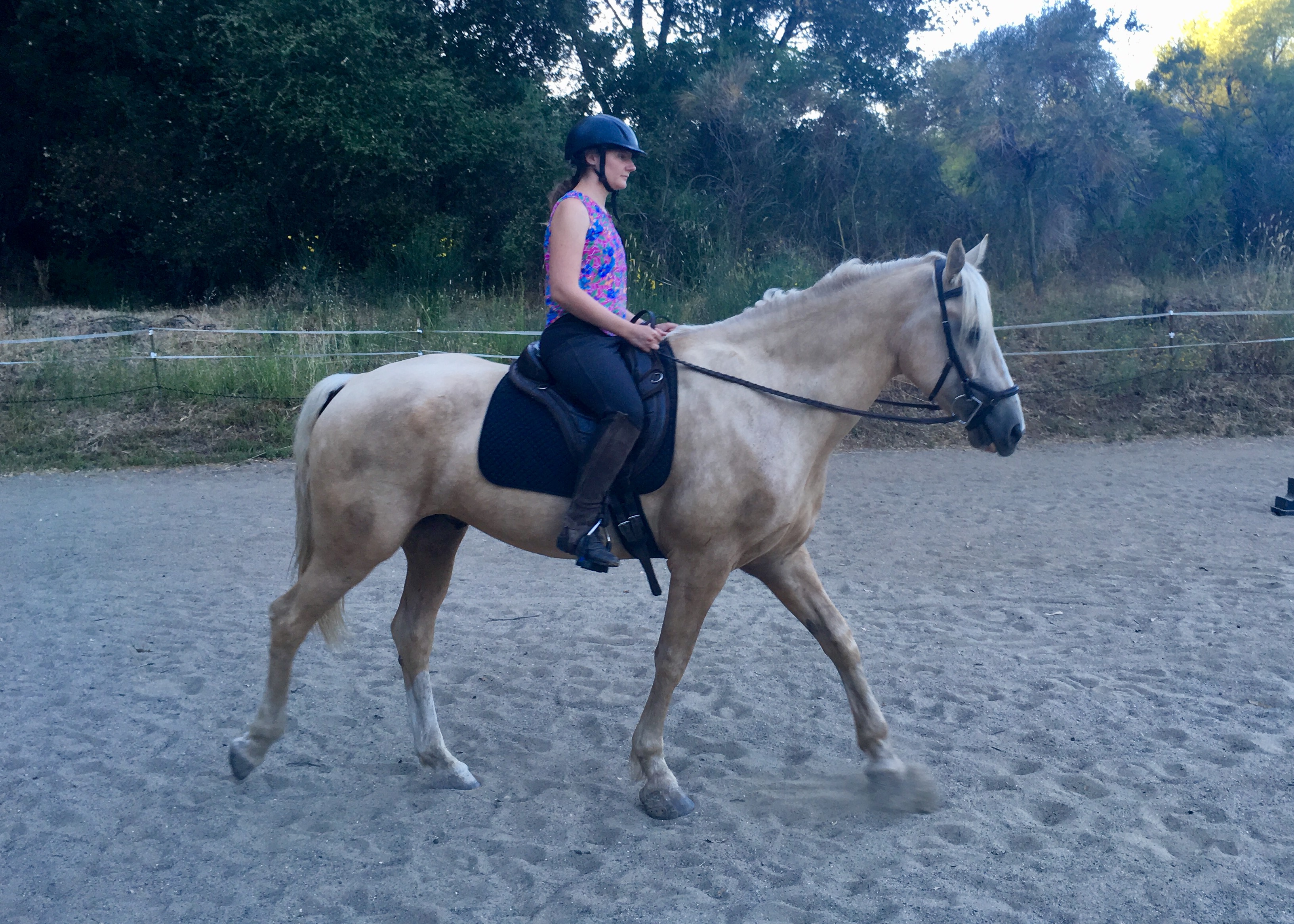 My only real concern was him keeping his brain in his head at the show. Camelot proved to me that, as easy-going as this horse normally is, he can actually lose his mind at strange new places. However, I knew I’d be doing a few classes with him before K got to the show so he’d be tired and I’d know if he was acting up. They practiced on Saturday night and it went really well.

K had originally been planning to do the W/T ground poles classes, but she had work and didn’t get there until after they were done. We decided the maiden W/T eq and pleasure classes should work. The first class had 6 entrants and that made for a bit of a crowded arena. Especially since Levi is so much bigger than some of the ponies so they ended up having to circle and cut across the ring a bunch. 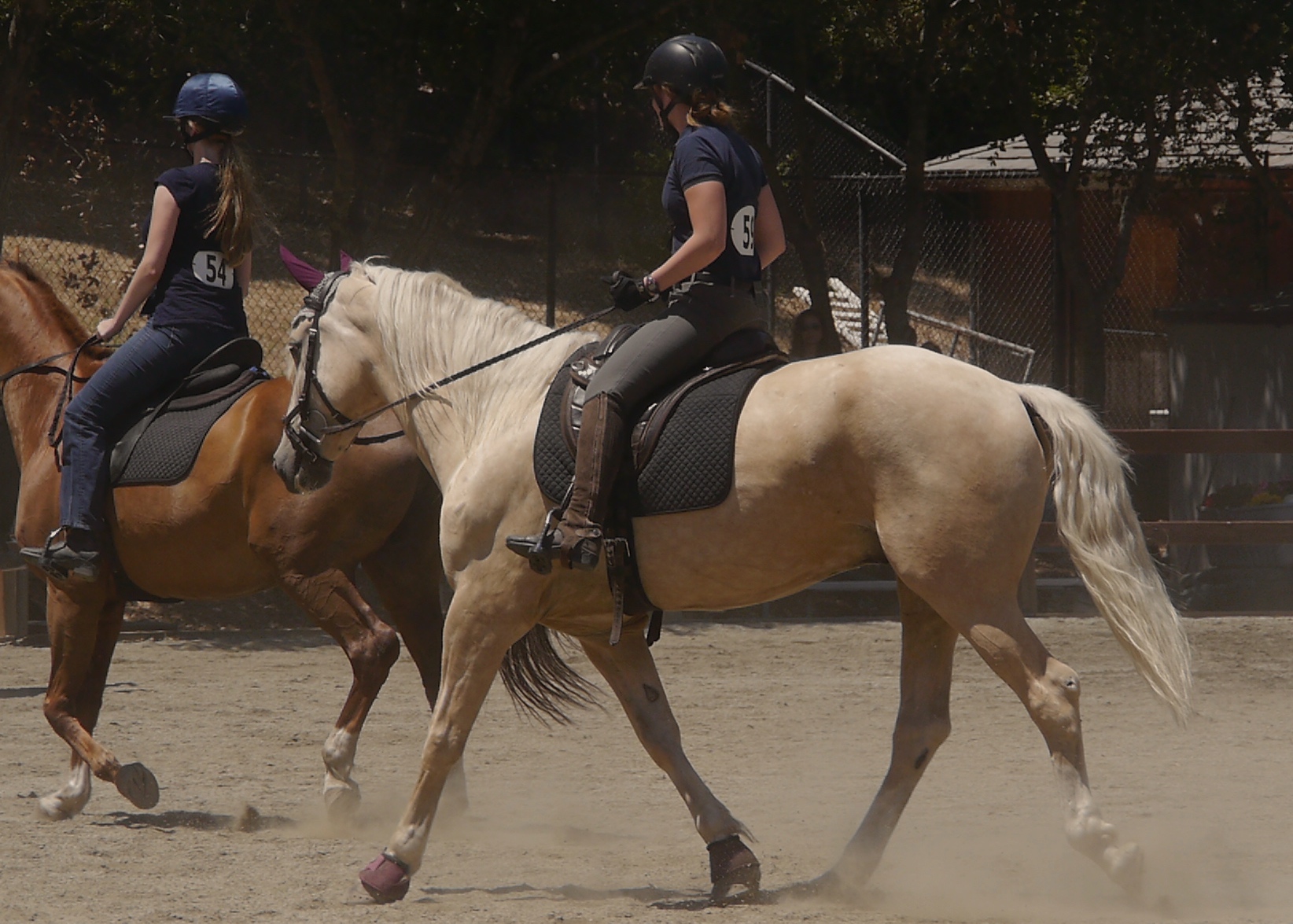 Levi was really good and K even managed to post all the trotting, which is pretty impressive for someone who rides about 3 times a year. 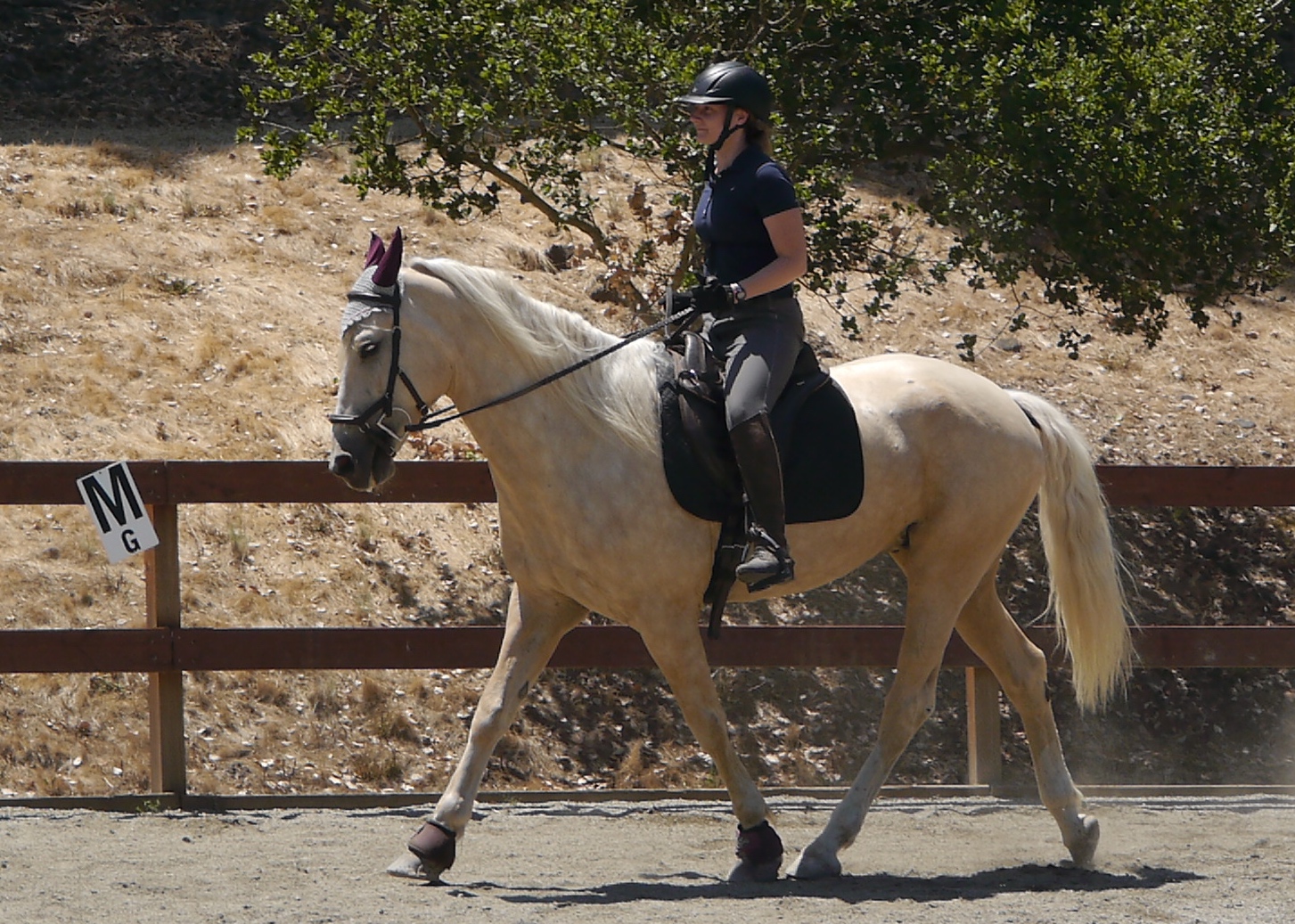 Sadly, the first class was equitation and not pleasure so they got 6 of 6. I think they might have placed above last if it had been pleasure as some of the other green horses were having legit freakouts about speakers and nothing. Levi was a star. 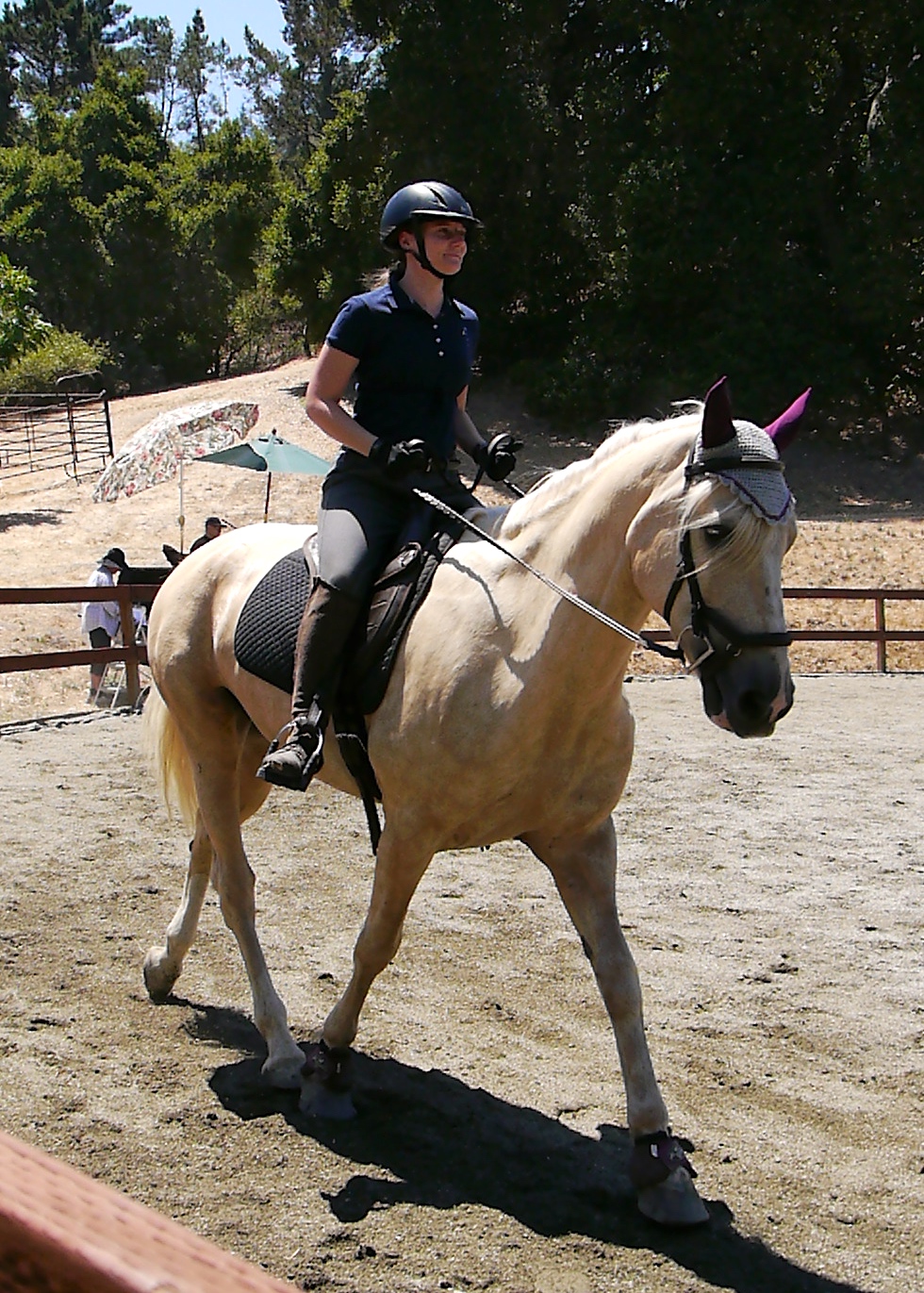 I did my Eq class in between K’s two classes so we had to swap saddles. When I swapped hers back on, I tightened the girth, but Levi always needs a second tighten after getting walked a bit and I missed that. At one point she went by me and was like, OMG, Olivia I’m gonna fall off. 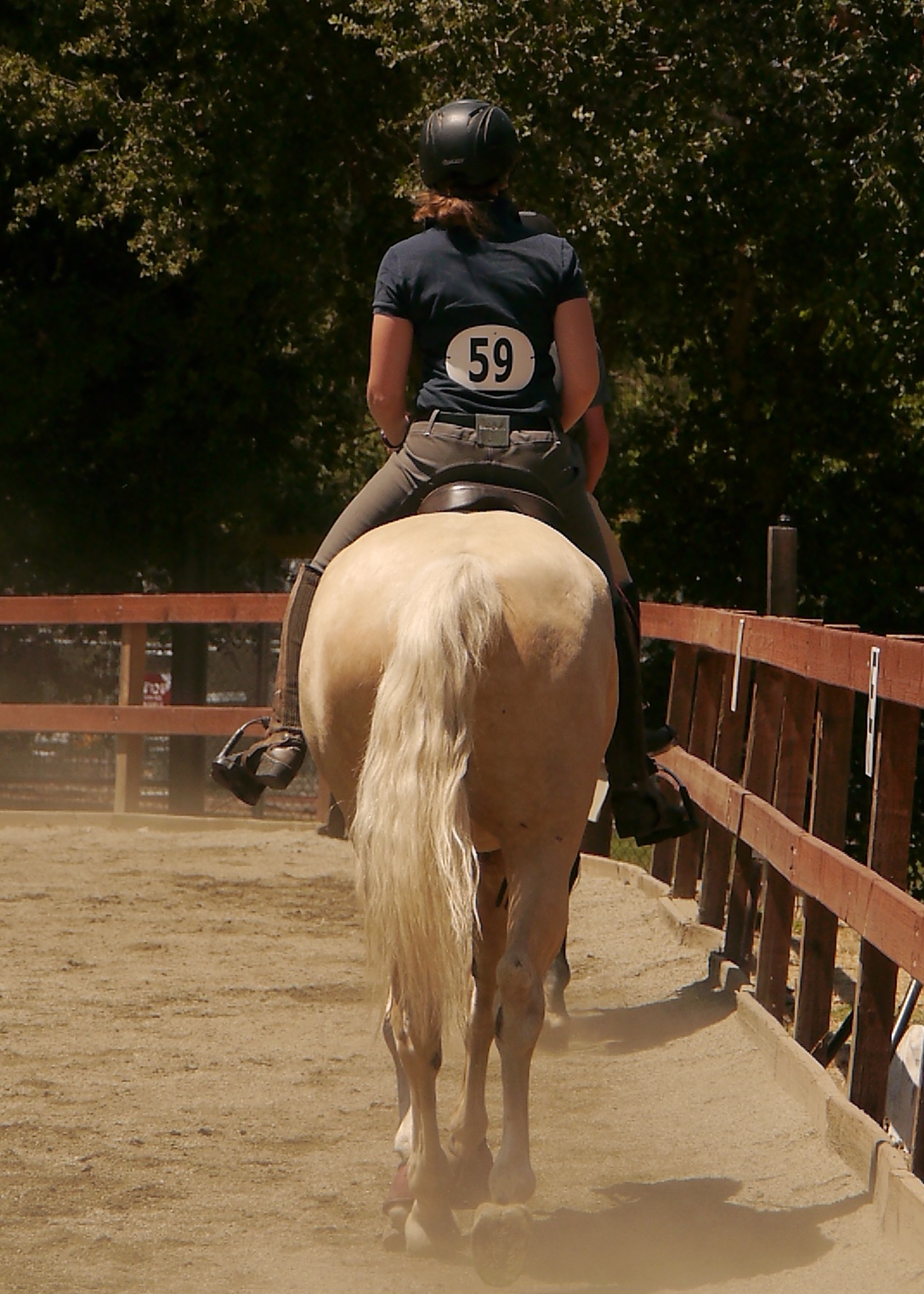 Unfortunately, the judge chose that moment to call for a circle and then a change of direction and she wasn’t close enough to me for me to tell her how to pull the saddle over. Luckily, she didn’t fall off and we managed to get the saddle re-centered. I didn’t get a lot of pictures from that class since I was busy trying to talk her through fixing her saddle. 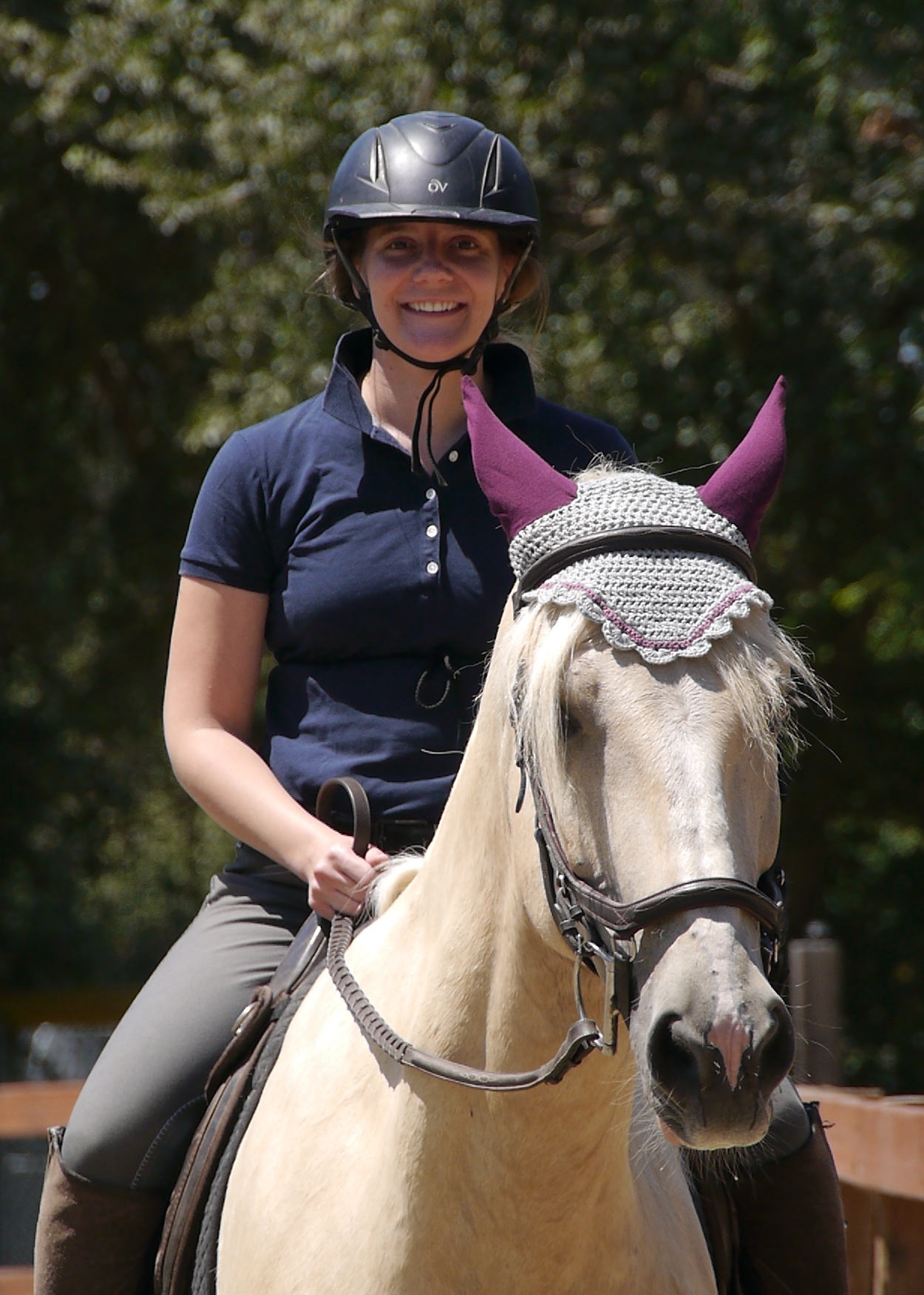 They got 4 out of 4 for that class. After that, K decided to enter the egg and spoon class. The show manager agreed to have it run as just walk/trot. I briefly tried to show K how to neck-rein so she could have a free hand for the spoon, but that didn’t go over too well. Levi doesn’t so much know neck-reining as he knows moving off your leg and seat. 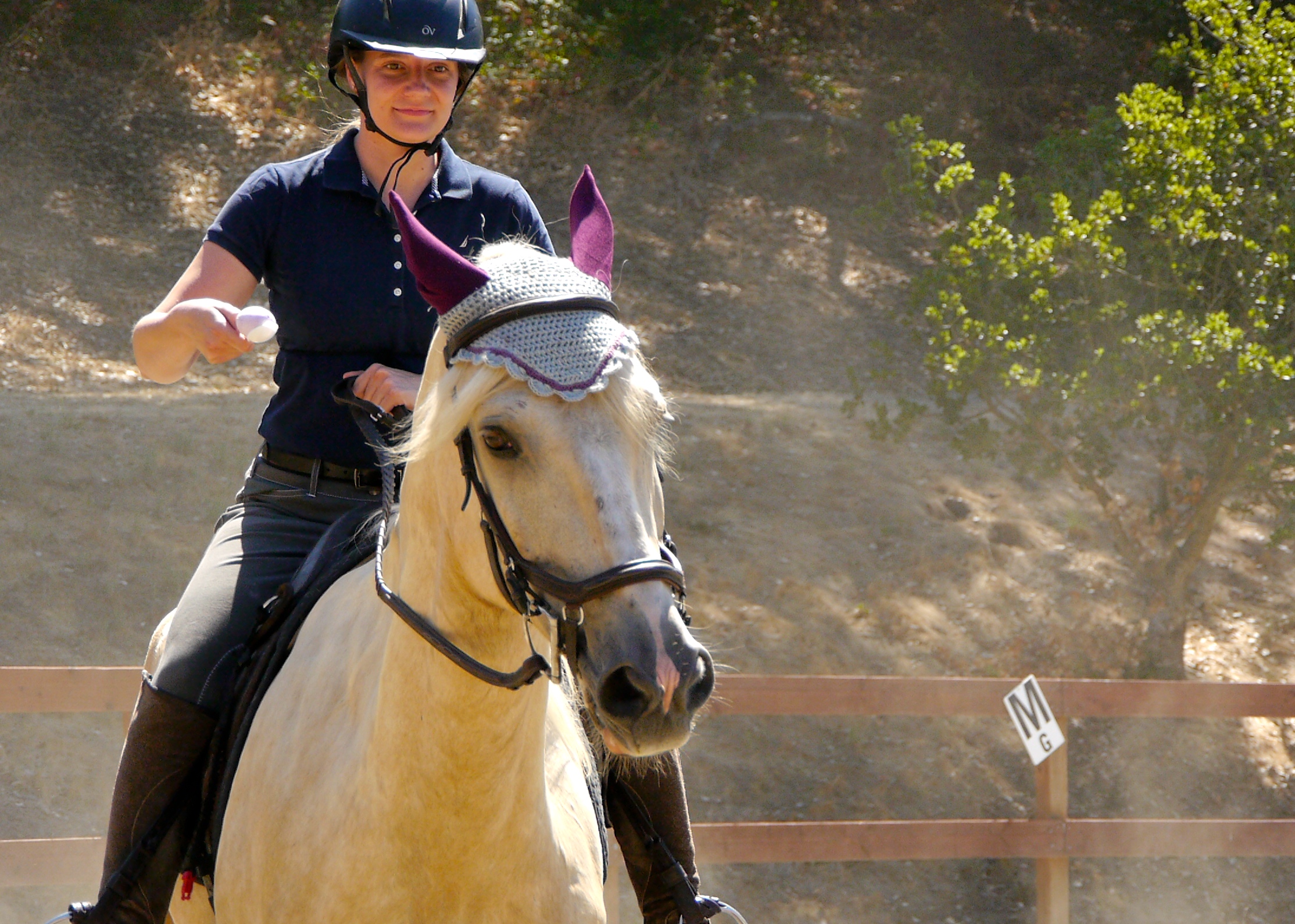 He was also a bit cranky about having to do another class at this point, but he went in and was a good boy. My husband also did the egg and spoon with Levi and there were 2 other entrants. When we did it last year, I basically lost my spoon within moments of trotting, but they managed to go around walking, trotting, halting, and even doing a trotting circle before the first egg was lost. I managed to catch a shot of my husband bemoaning the loss of his egg: 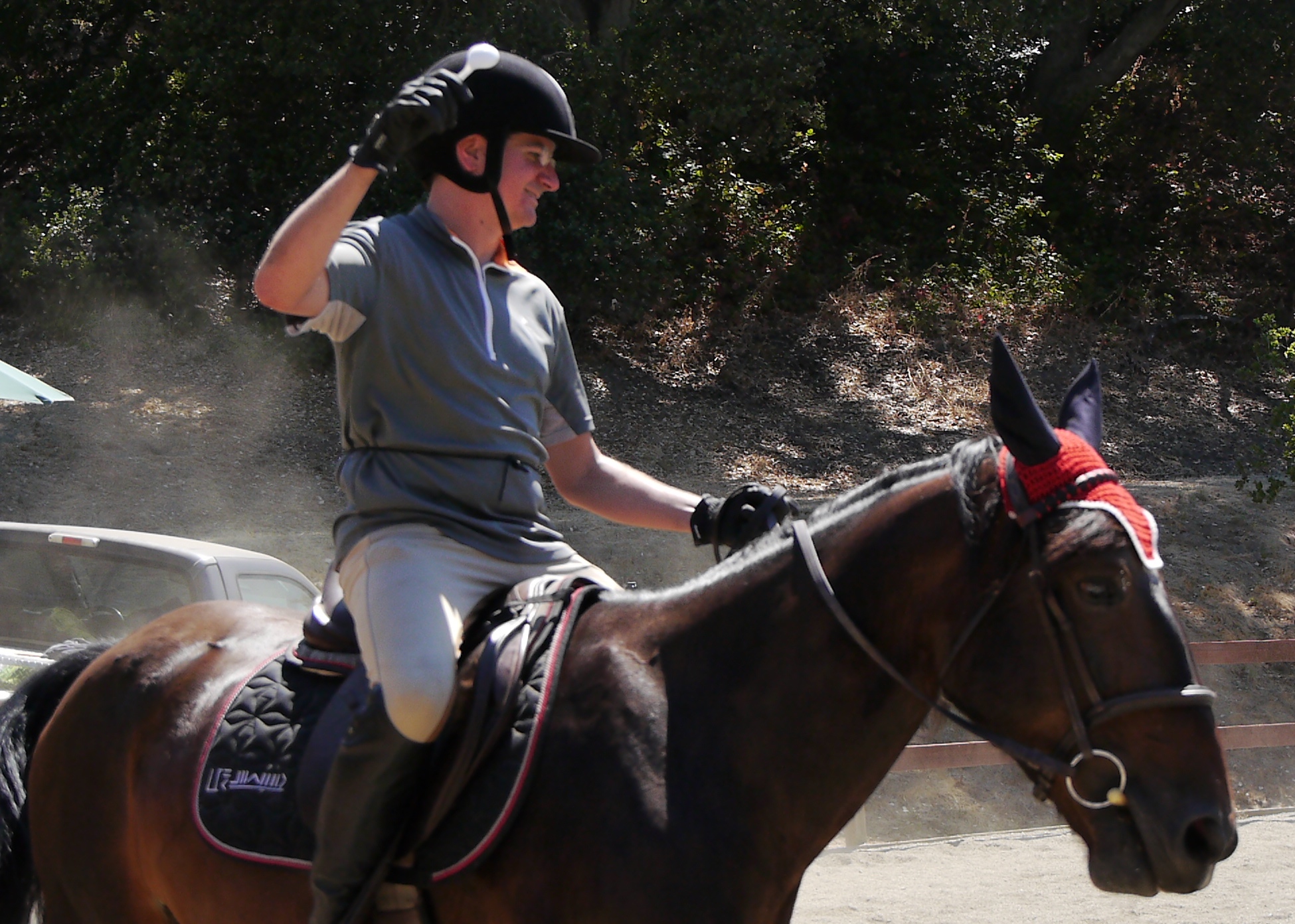 Three of the eggs all fell within moments of each other and the winner still had hers when they stopped. But my friend kept hers long enough to get second place. Her first ever non last place ribbon! 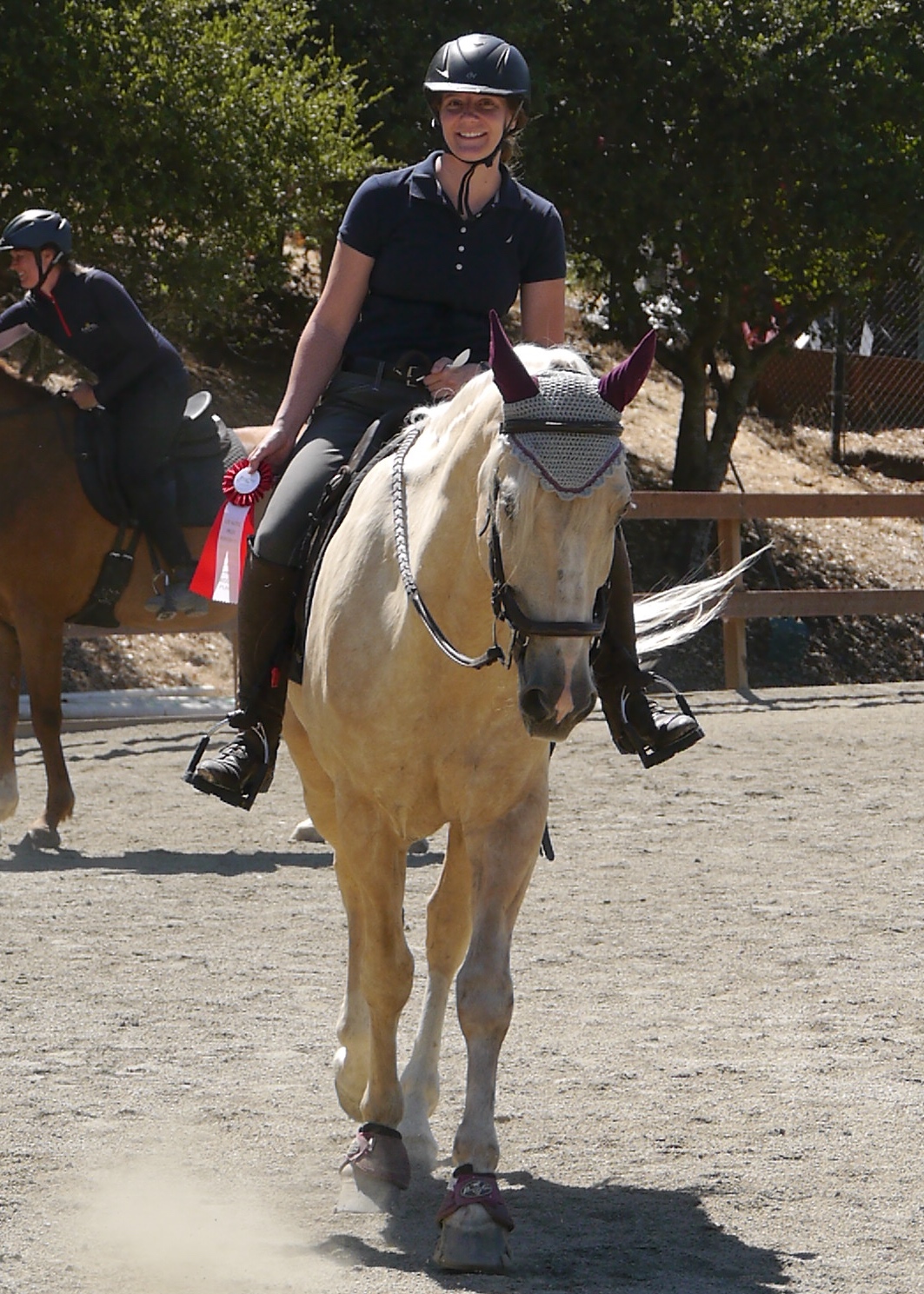 I was super impressed with how well Levi behaved for her and really happy for her. I know a lot of people don’t let other people ride their horses and I get that; I think you should do whatever is best for you horse and your situation. I’m generally pretty happy to let other people ride my horses though. Especially when it’s this fun.