On Thursday of last week I was getting bubble tea and hunting Pokemon with a friend of mine and I mentioned we were going to the schooling show on Sunday and asked if she wanted to go. As I have previously dragged her to horses hows to be my groom, she was suspicious, but I told her I didn’t need a peon this time, and she could even show if she wanted to.

She comes out once or twice a year to ride with us and has probably ridden less than a dozen times in her life. My husband thought this whole going to a show thing was a bad idea. He might have been right about that, but if I listened to my husband I’d never do anything fun. So we dug through our stuff and managed to outfit her in an old pair my husband’s breeches and half chaps, some boots borrowed from the lesson kid stash, and one of our old helmets.

I initially put K on Shasta as she’s ridden her before and Shasta is our usual beginner loaner horse. Unfortunately, while Shasta will sleep through a walking ride to the winery, she was not happy to have someone who did not know how to ride bouncing around on her back. In fact, she was pissed. 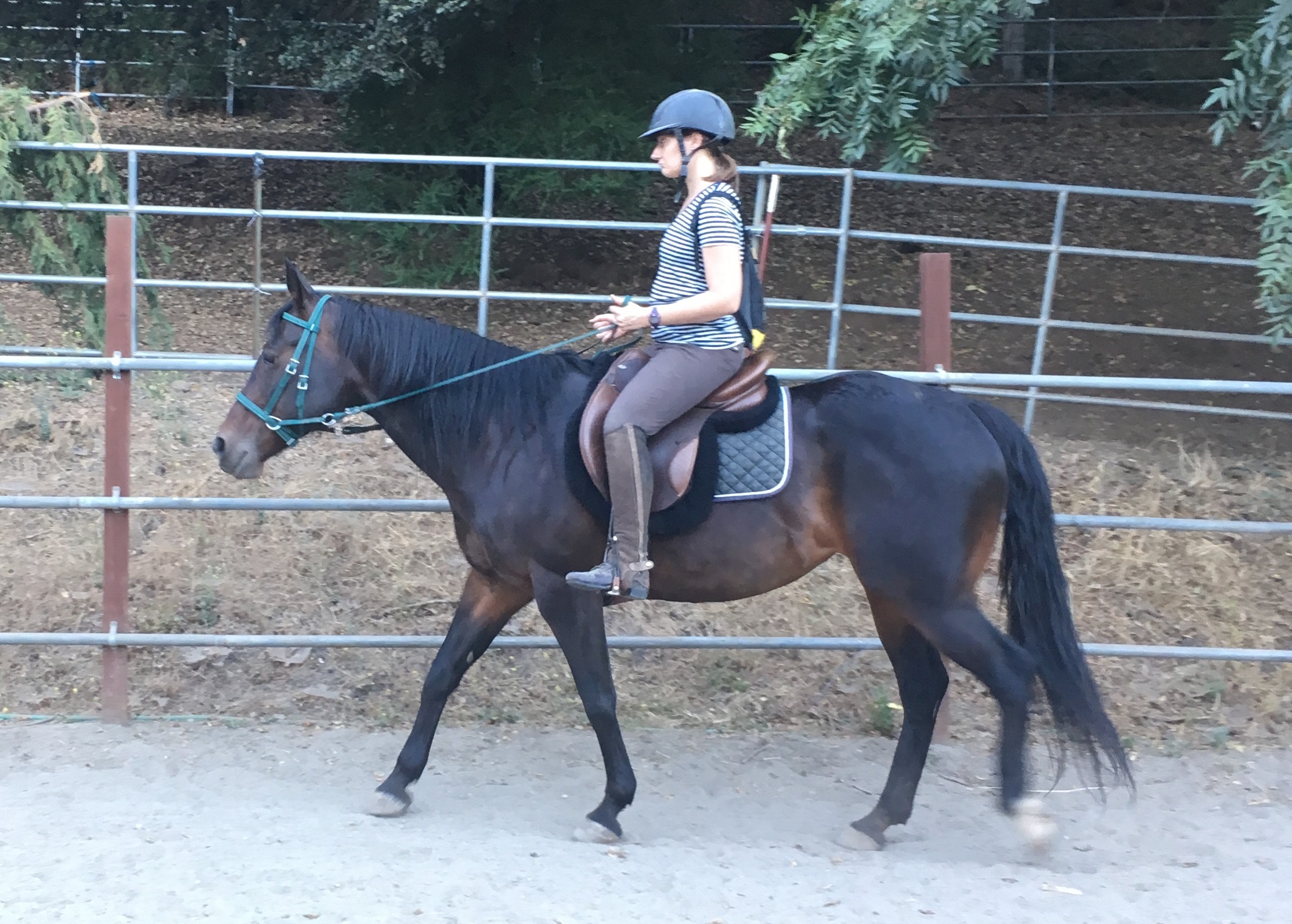 So we scratched that and I put her on Nilla. Now anyone reading this blog for any period of time might not think Nilla a good choice for a beginner rider. And I would generally agree with them. However, Nilla’s main objections in riding life are to going on the bit and keeping her tongue in her mouth. As my friend wasn’t going to be asking her to do those things, I figured they’d be okay. I had them practice steering around cones then they did some posting practice on the lunge before doing some trotting practice in the arena. In true sour lesson mule style, Nilla just wanted to veer into the center and be done.

We finally worked out a way for K to hold onto the saddle with the inside hand to stay on/post and steer with the outside rein. This worked until Nilla woke up from her lazy stupor and started cantering instead of trotting. We did get that addressed and proceeding along the edge of the arena looked a lot more like shallow serpentines than straight lines, but everyone was alive, so I’d call that a success.

On Saturday, I had her come back out for a second practice before the show and they did even better. We started in the small arena where Nilla had way too much energy and thought she should canter instead of trot, so I hopped on and cantered her around until she was like, “yes, trotting sounds great, please and thank you.” They practiced some more trotting in the little arena before we went up to the large arena and did even more. 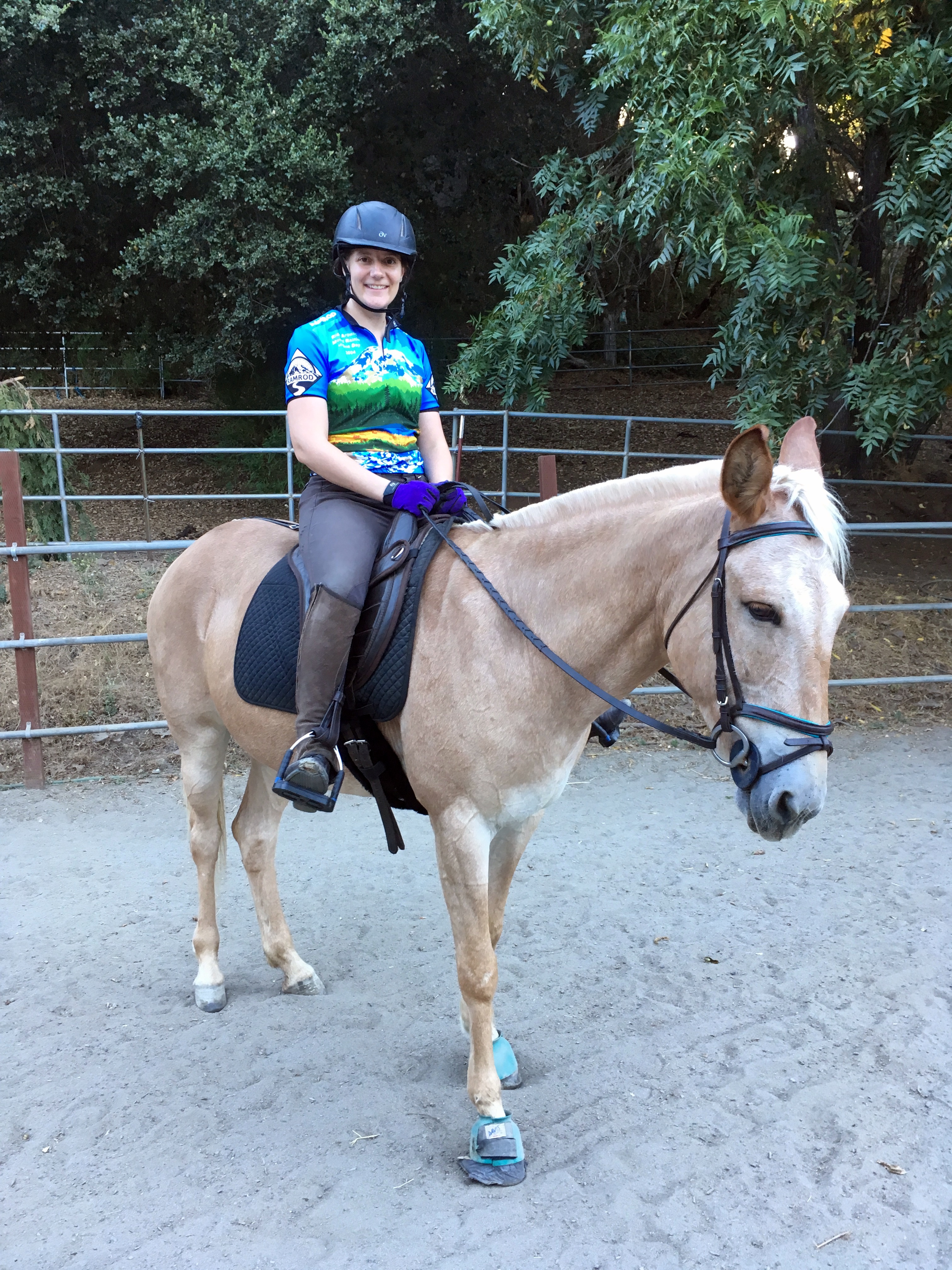 The original plan was for my friend to do the Walk/Trot Maiden Equitation class. However, on Sunday, when I rode her in the earlier jumping classes I realized that she was just too excited to be at a show and would probably consider a group class to be an invitation to race. So I convinced my friend to hurry over early and do the Ground Poles Equitation class. Because that class was like a jumping class, she would be in there alone and could just walk and trot as she felt comfortable. She ended up arriving right before the class started so we threw her right on, sent her in, and went to tell the judge about the add ride. We also warned the judge she would probably walk the whole thing. 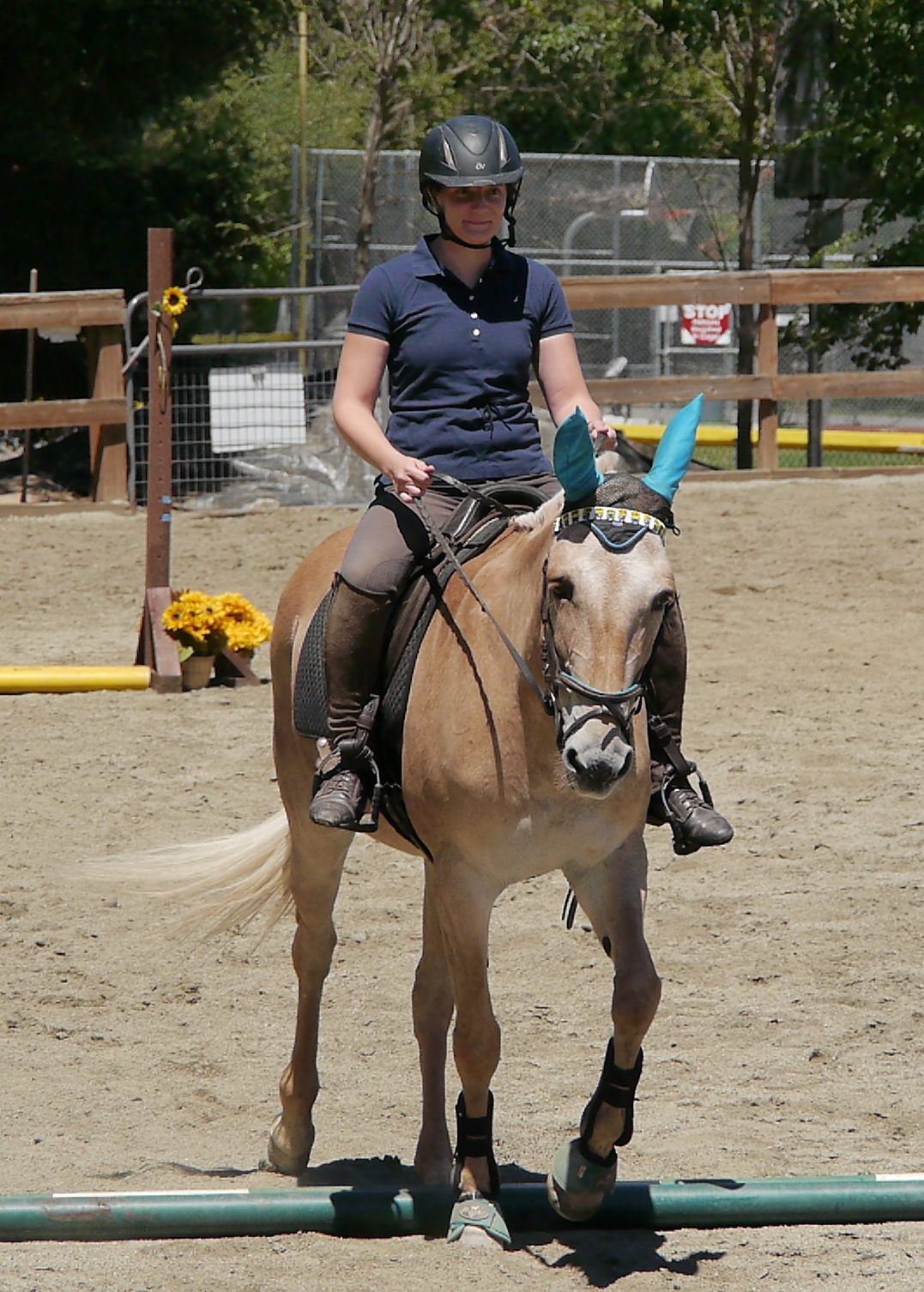 You know how memorizing courses is difficult? Well, imagine you’ve never even realized courses are a thing you have 30 seconds to look at the course on paper while your friend points at the jumps and then go in and do that course. She ended up doing it perfectly. And they even trotted parts of it. Since there were only three entries in the class, they came in 3rd and got a ribbon! 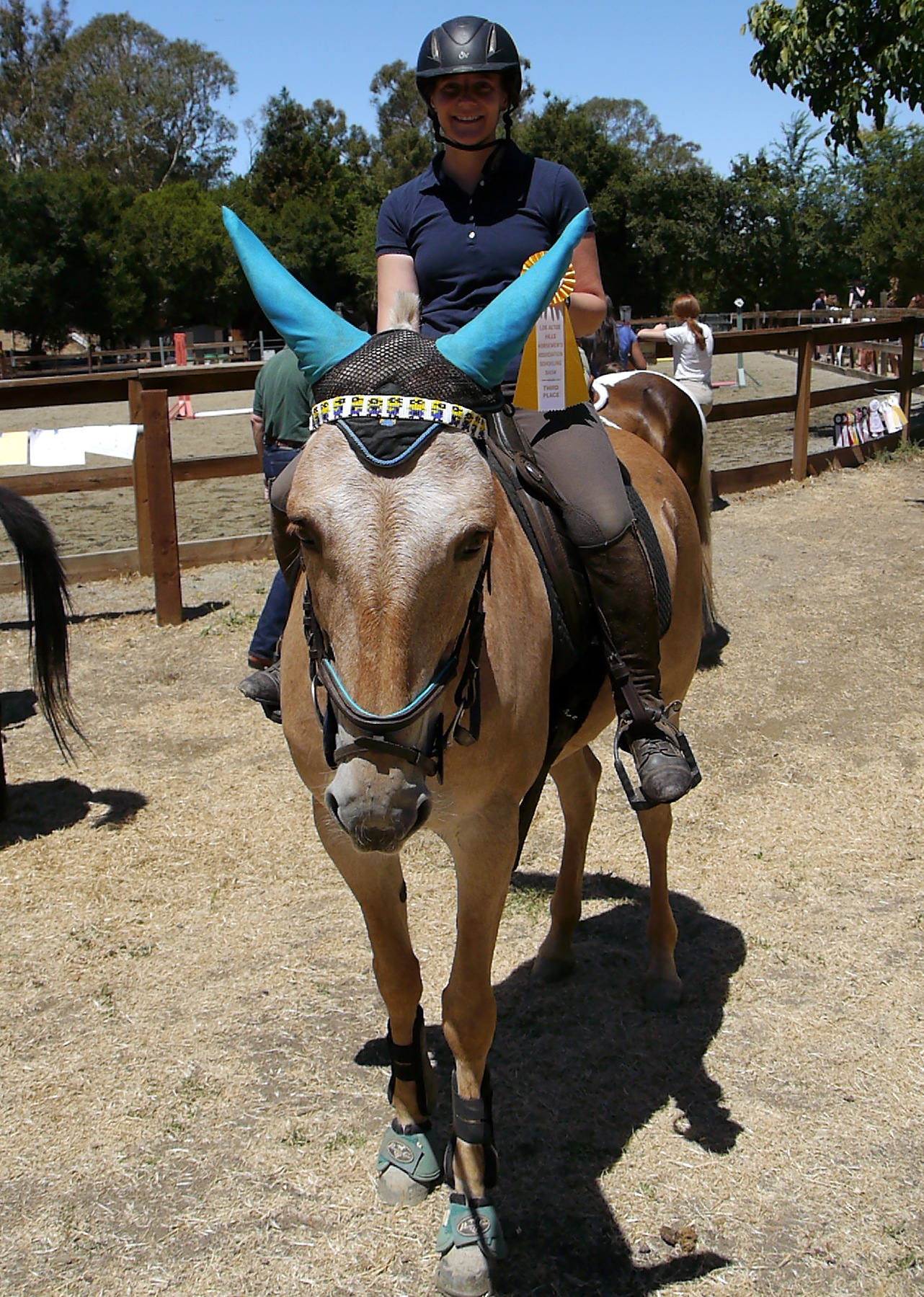 We had lunch break immediately following that class so we had some time to figure out what else to do. My friend wanted to do one more class, but couldn’t stay all day. I thought trail class would be another safe one since she could go in by herself, ignore the posted speeds, and just walk/trot the entire thing. Nilla’s used to obstacles so she could easily do trail. However, the trail was pretty late in the day. We ended up decided she could do the Ground Poles Hunter Hack and just walk it and trot only when she felt comfortable.

I was a little nervous sending her into the class, especially given that other people competing at the ground poles level were not likely to have the best control over their horses. This turned out to be especially true when one of the other horses threw a fit, jumped over the ground pole, and ran up next to Nilla bucking. I was watching it thinking, oh, this is not going to go well, but Nilla just trotted along like a good little packer and didn’t put a hoof wrong. 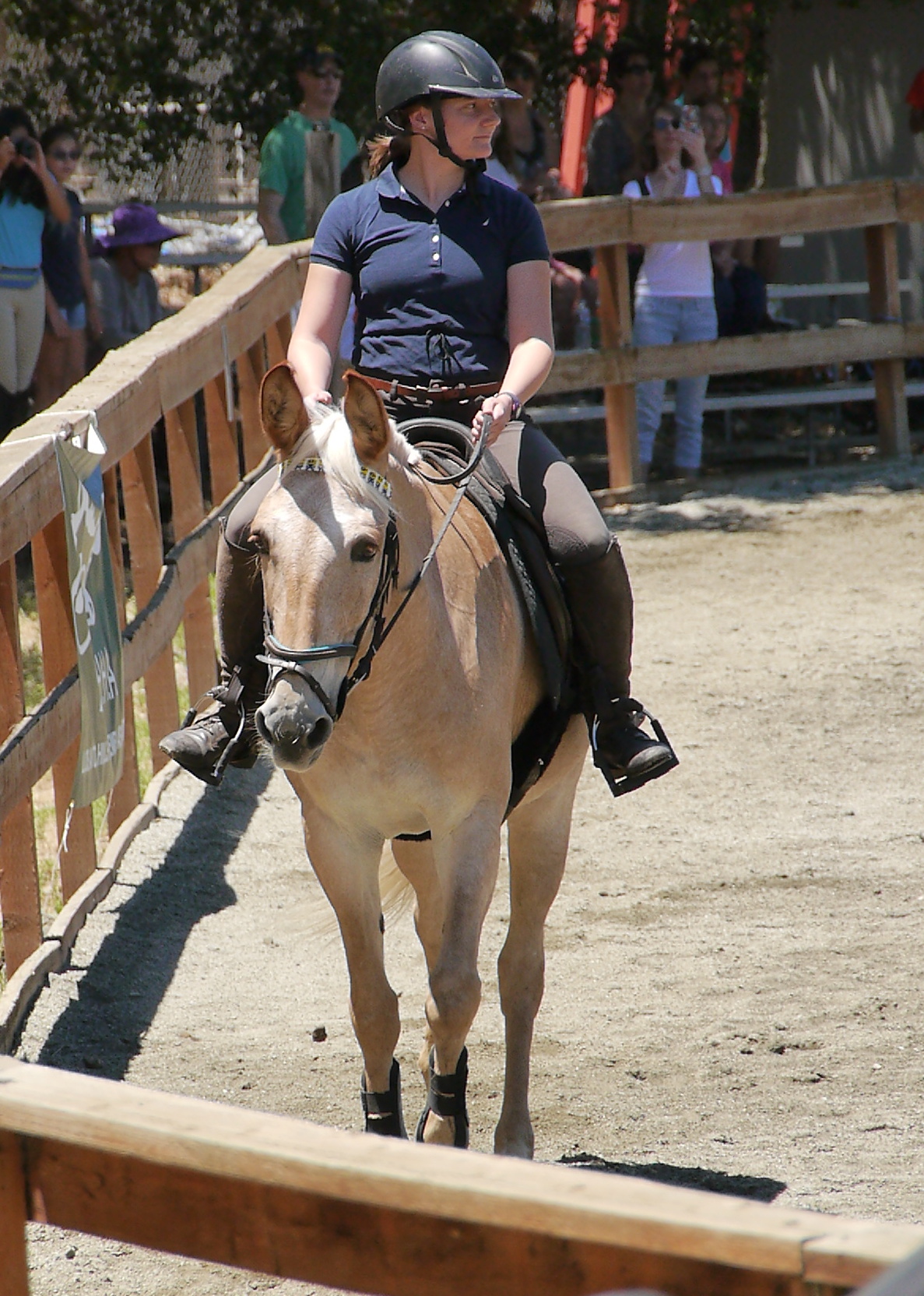 They ended up actually doing a lot more trotting that I was anticipating and looked pretty good doing it. K told me afterwards that the judge asked as she was going by if she was going to be okay with cantering and she said she would just skip that. She went in to the class fully planning on losing so there was no stress on following all the directions. She just walked and trotted instead. 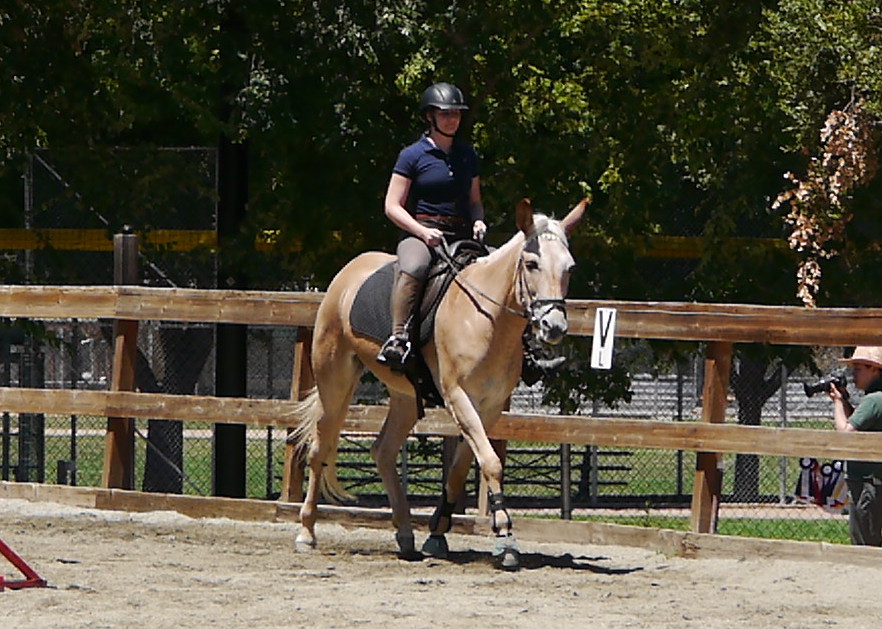 I told my friend before she went in that Nilla would probably refuse to stand still during the ground poles part of hunter hack and just to circle her as she wasn’t going to win that argument, but Nilla ended up standing there like a well-trained little hunter mule. 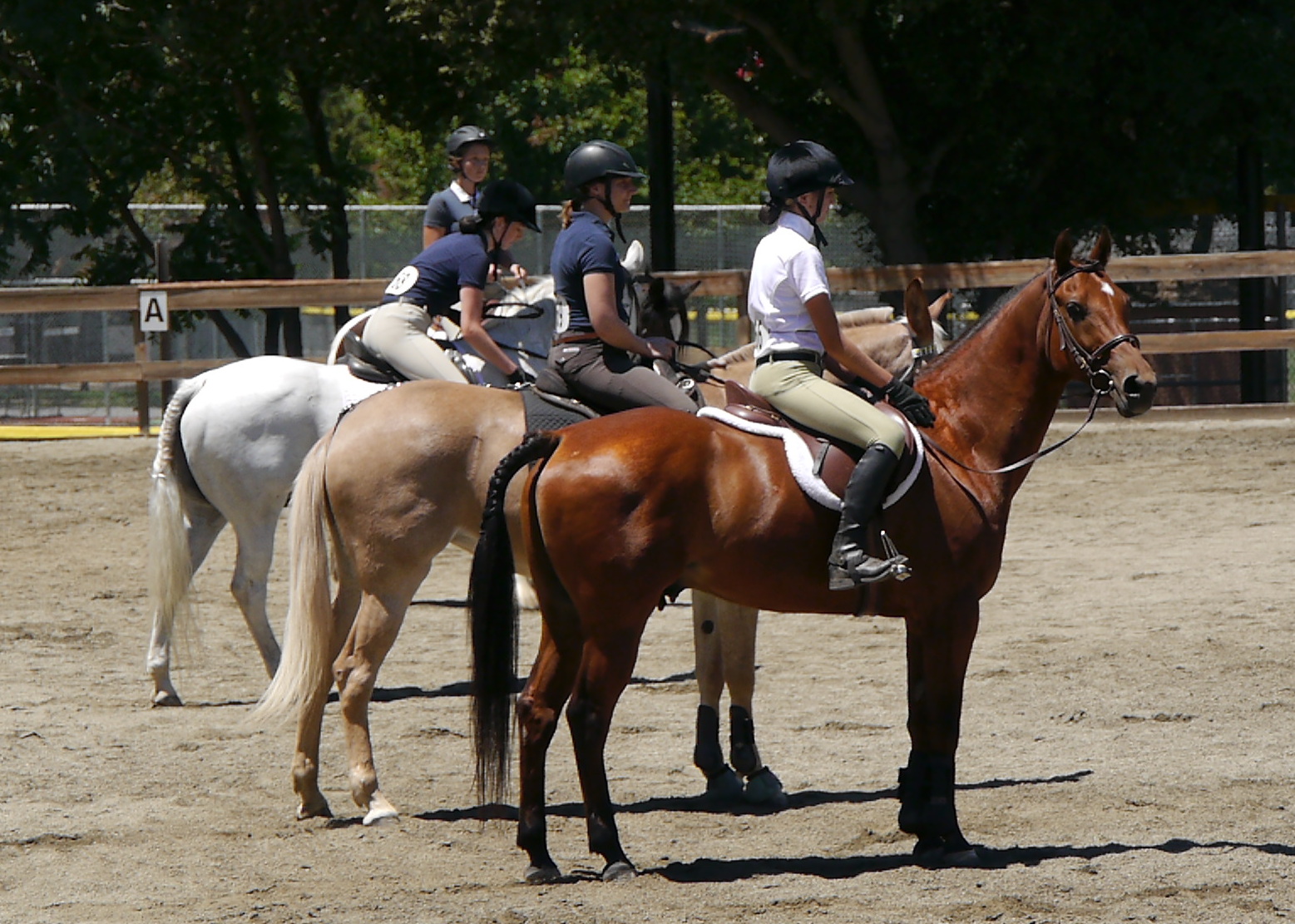 There were only 4 entries, so once again, they won a ribbon. 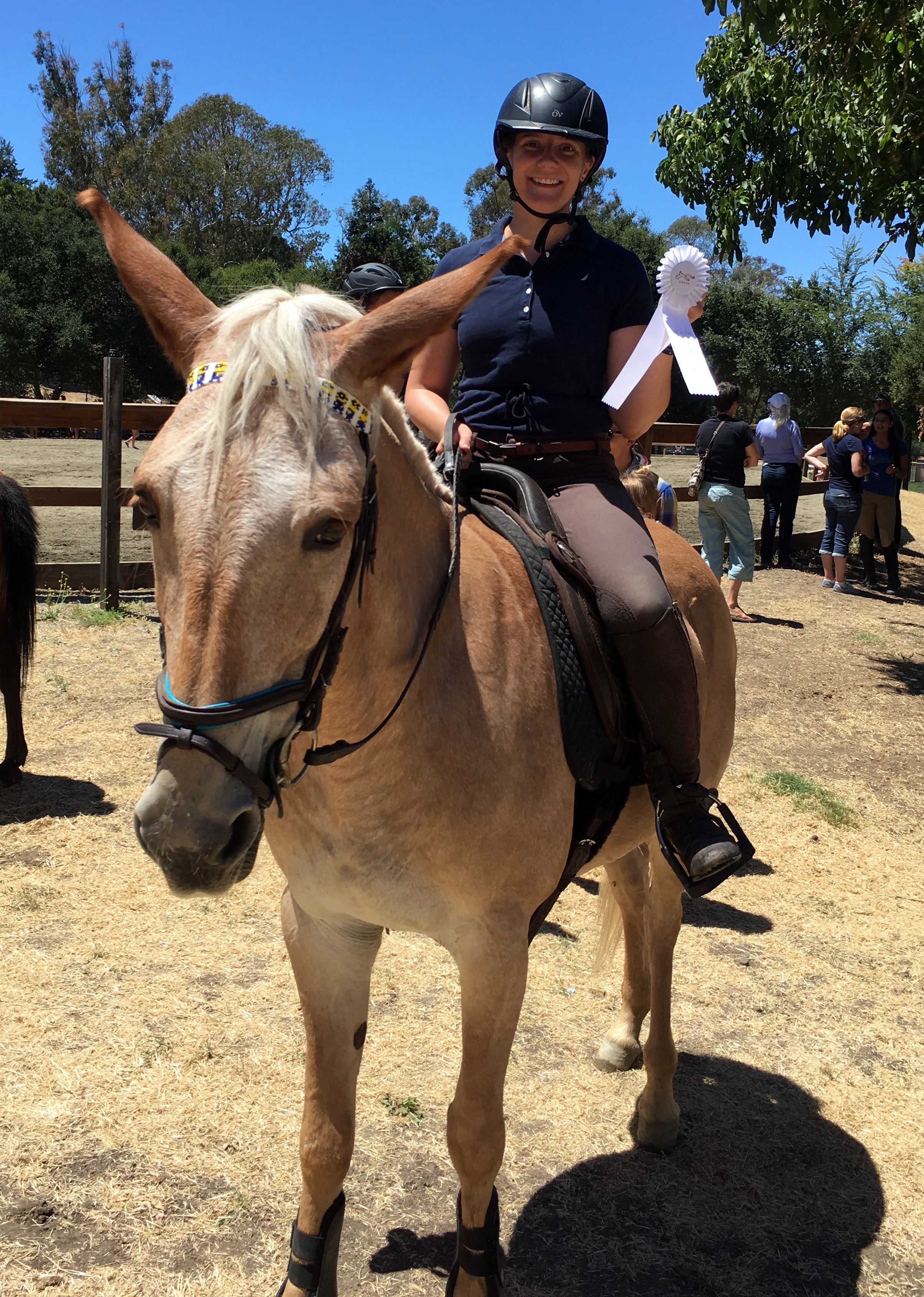 Nilla was such a good mule. I’m really impressed with my friend for going to a show after riding a dozen times ever and for doing as well as she did. But more than that, I was impressed with Nilla. She’s certainly not going to be a school horse anytime soon, but she went in there and did her job and kept my friend alive even when other horses were bucking and galloping up her ass. What a good mule. 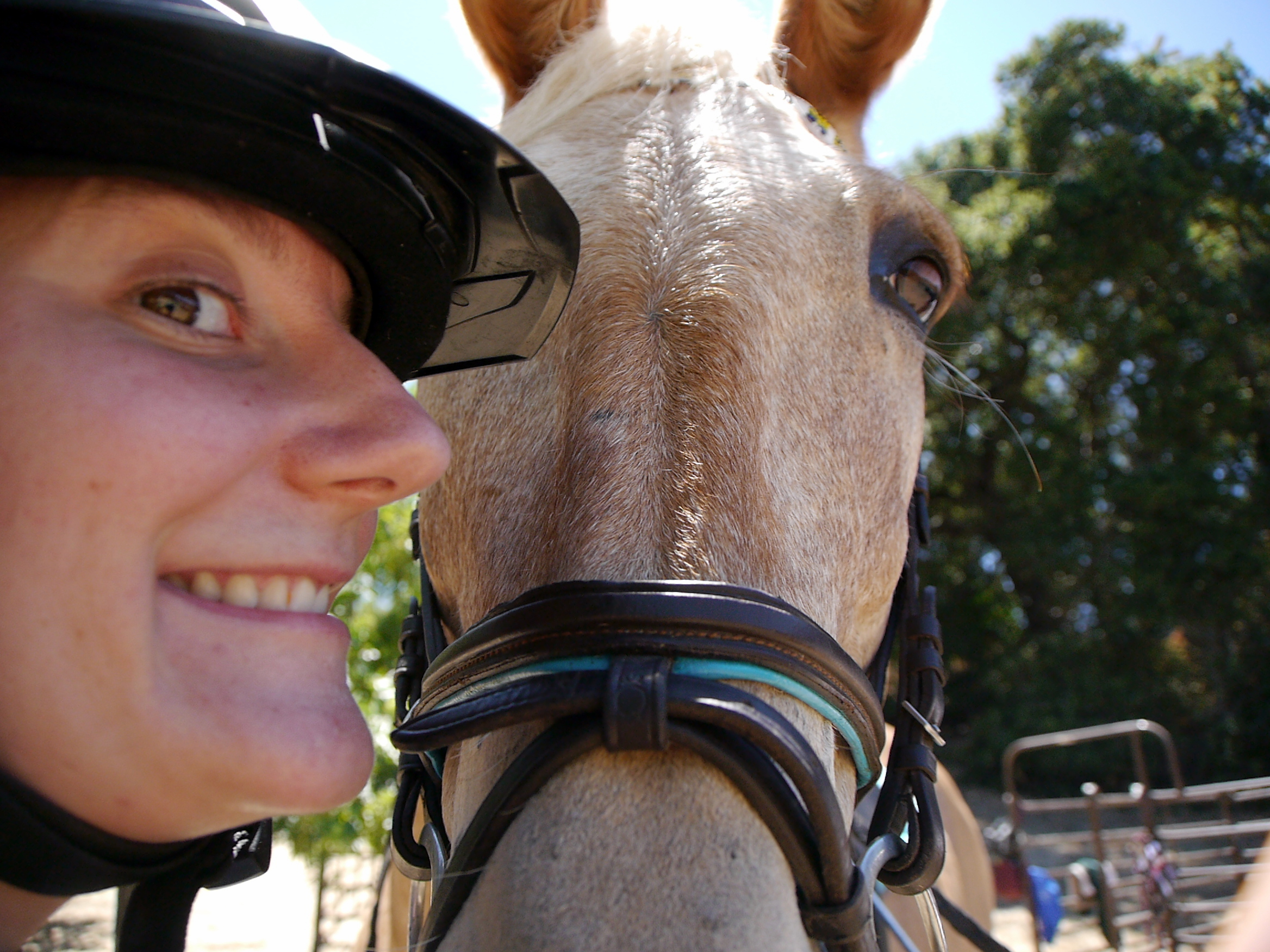 She also tolerated a lot of mule selfies throughout the day.