Camelot has the best themed course I’ve ever seen. I love all the jumps and they do a really good job of making even the Intro division interesting and all the jumps unique. This time, they even had a few jumps with options. Here’s a link to my coursewalk.

My cross country time was scheduled for 1:30 and the heat was intense. My phone claimed it was only 98 degrees, but that was a complete lie. I was actually dripping sweat just trying to change. I don’t do well in the heat and around noon I was starting to think I might be getting heat stroke. I was feeling dizzy and contemplating throwing up. My snapchat at the time was, “I think I might be getting heat stroke sitting in the shade, so the best course of action is probably to get on this 1000+ lb animal and jump solid obstacles in the sun.” My husband reminded me that we’d brought little handheld fans and Nicole let me steal a handful of her ice to put my cooling wraps in before putting them on my head and neck.

When I finally got on, it was actually cooler up in the warm up ring and cross country course because there was a bit of a breeze. I was obviously still a bit out of it from the heat though because it took me multiple attempts to get just get on. I walked over to the arena, was about to get on and was like, “where are my gloves?” Oh right. They’re in my helmet, which I also don’t have. So I marched back to the trailer, got the helmet and somehow left my crop in the trailer in the process. Which I only realized after I had walked all the way back to the arena and mounted. So I rode back to the trailer and enlisted Nicole to find my crop. With all my riding equipment finally actually on and with me, I spent as little time warming up as possible. We trotted a bit and then went over one crossrail and the one XC log in the warmup arena. It was just too freaking hot.

When we did schooling on Friday (I’ll do another post on that later), Levi kinda lost his mind a little bit and I was a bit worried about him on XC. But my concern was unnecessary.

Hilariously, when we first came over to the start box, Levi decided it would be a good time to pee. Thankfully, being a schooling show, the timer was willing to wait until Levi finished before counting us down to go. After his antics the night before, I made him trot the first jump. He was pretty annoyed about that. And then on the way to #2, he wanted to go over to the warm up arena where all the other horses were so we had a discussion about that.

But he was very excited about the jumps. Levi has definitely decided that he WANTS to do cross country. He does not so much want to listen to me regarding the pace we take between the jumps, but he wants to jump all the things. 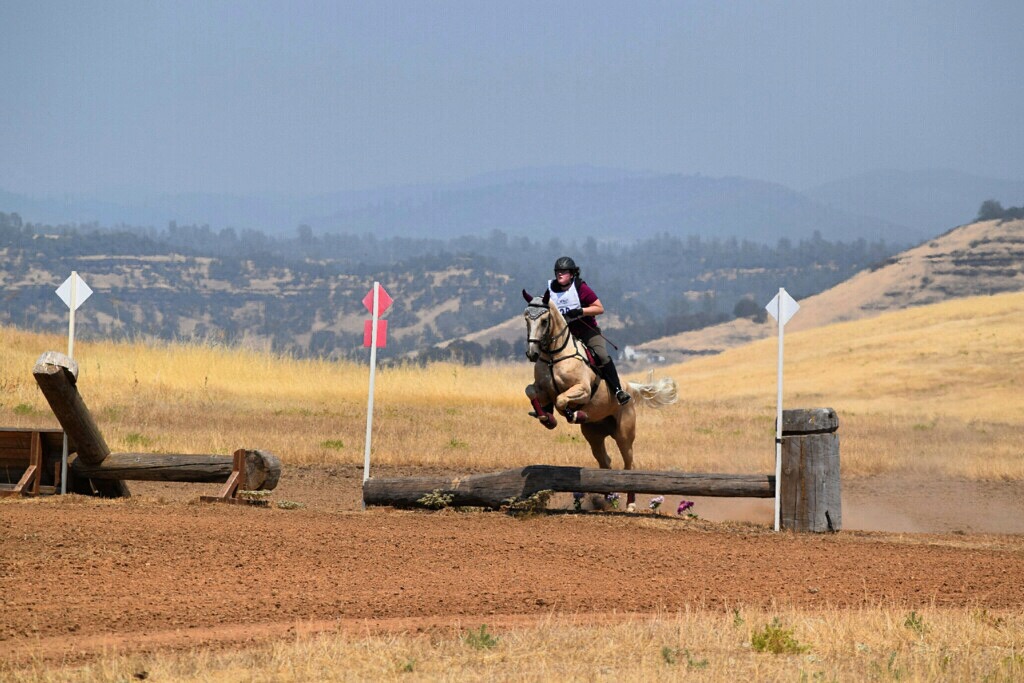 As we continued around to #4, Levi was on fire and did not want to woah at all. The watch app had also crashed and I had no idea what our time was like. All I knew was that he did not want to slow down. 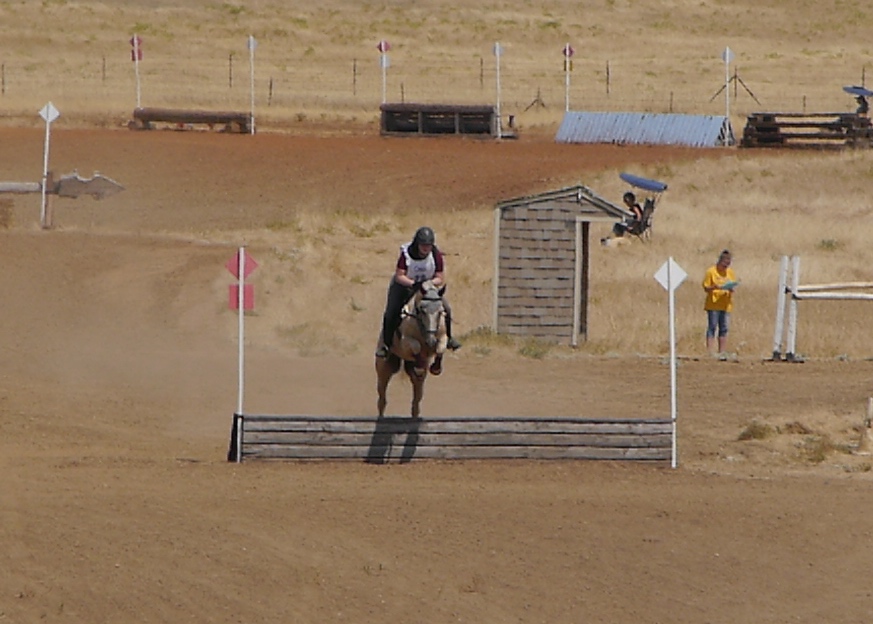 For the option at 5, I chose the faux ditch. I considered doing the jump option, but I really wanted a clean round. I’m pretty sure he would have flown over the jump too though. He wanted nothing other than to jump things. 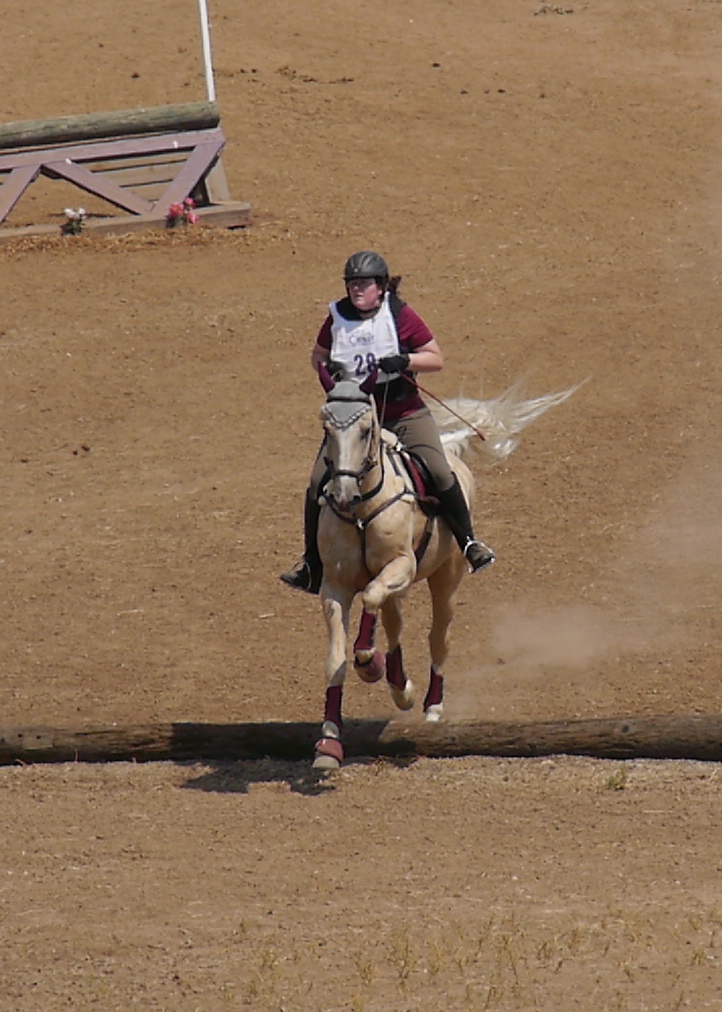 Although I did try to slow him down a few times in between jumps, my plan for the actual jumps was just to try to not mess him up. Years of riding Nilla who bucks after jumps and Levi’s antics the night before have left me very defensive and I’ve been keeping my hands up on landing. But I’m really just teaching Levi to hate me, so I need to stop. 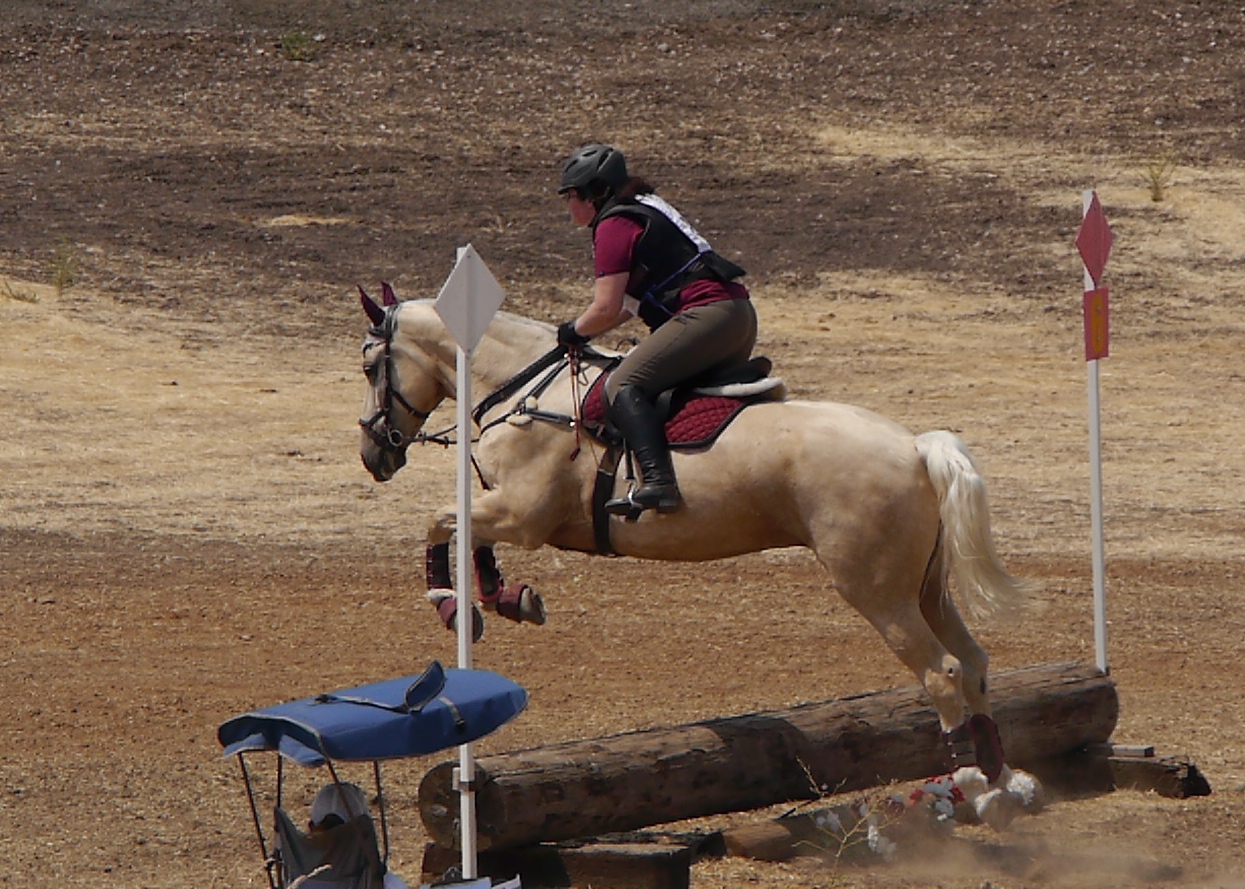 For a green horse, he’s remarkably tolerant. He could definitely use a better rider though. 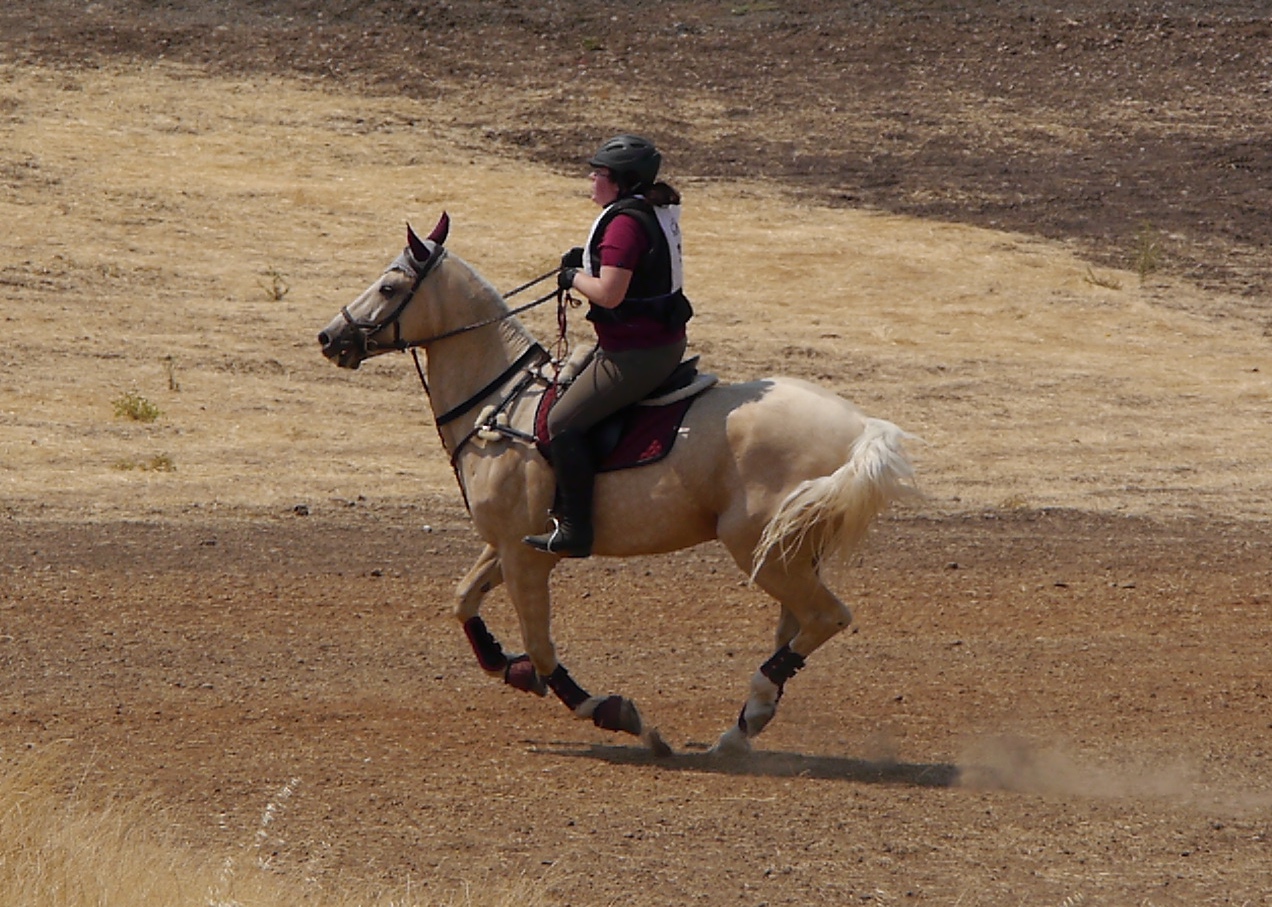 This horse is a saint

Jumps 7 through 11 were all in the same area and you sort of serpentined through them. Which is fine, except the girl before me on the course was going so slow we were zig zagging past each other in this section. As we went from #7 to #8, Levi could see her at #10 and then see her leaving from #11 towards #12 when we were doing #9. The mere existence of other horses makes Levi’s brain leak out of his ears and he was very interested in going where that horse was, but he was thankfully more interested in jumping things and stayed with me. 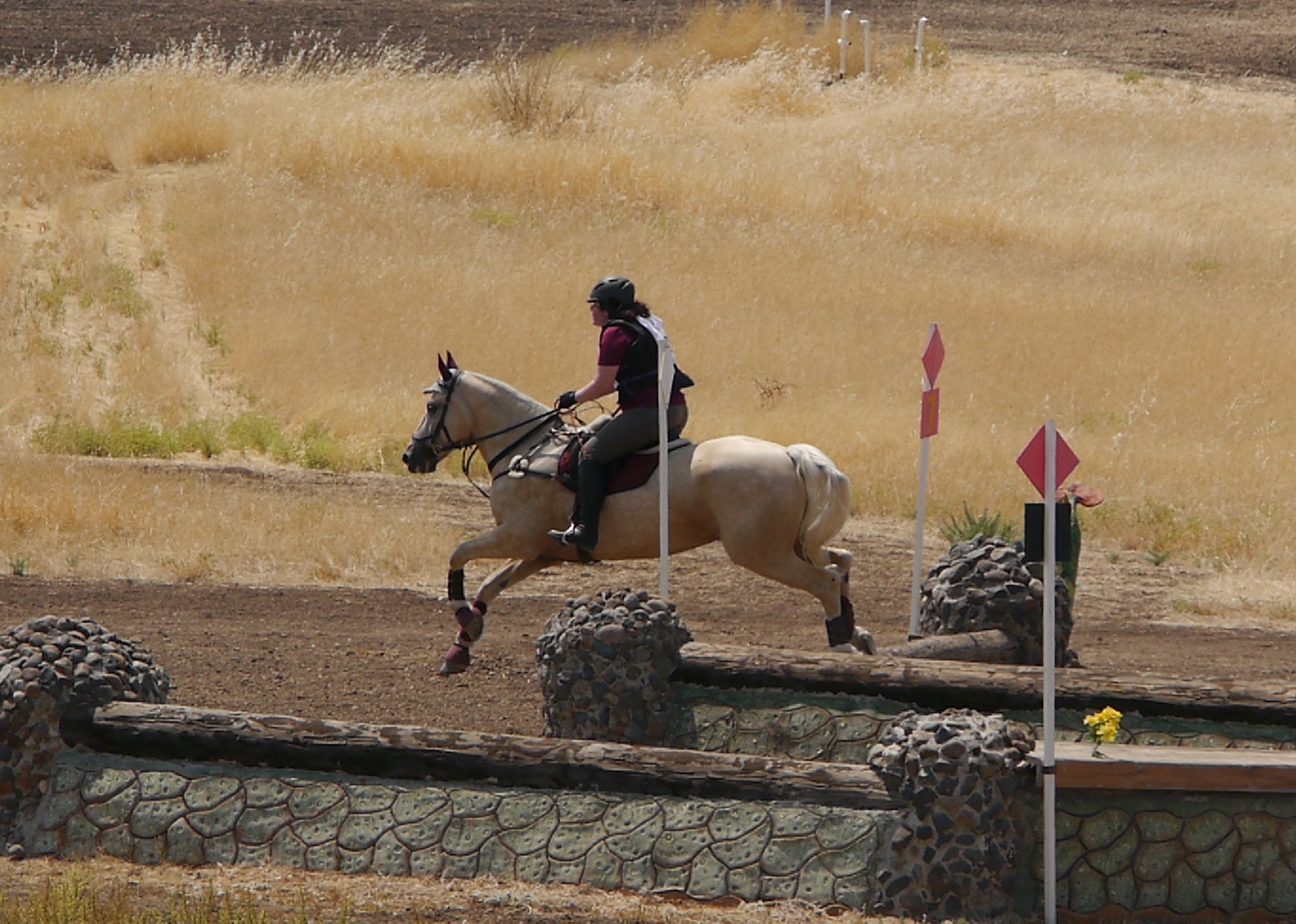 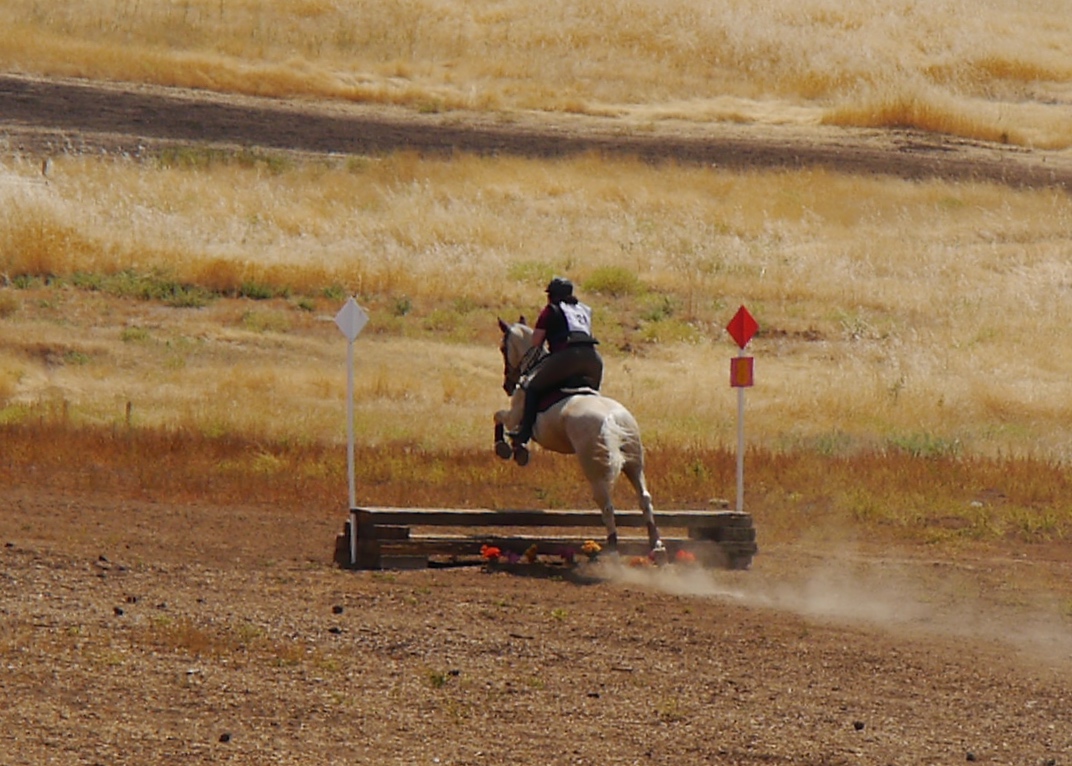 For #10, we had the option of doing the water or the log. I debated hard about doing the water because it would be more fun, but Levi has been a touch sticky about water and wanting a clean round, I chose the log. He was very excited about it.

The picture doesn’t show it well, but #11 was on a hill. It was actually on a slant from side to side as well as up to it and landing going down. We got awkwardly close to it, but Levi still popped over nice and easy. 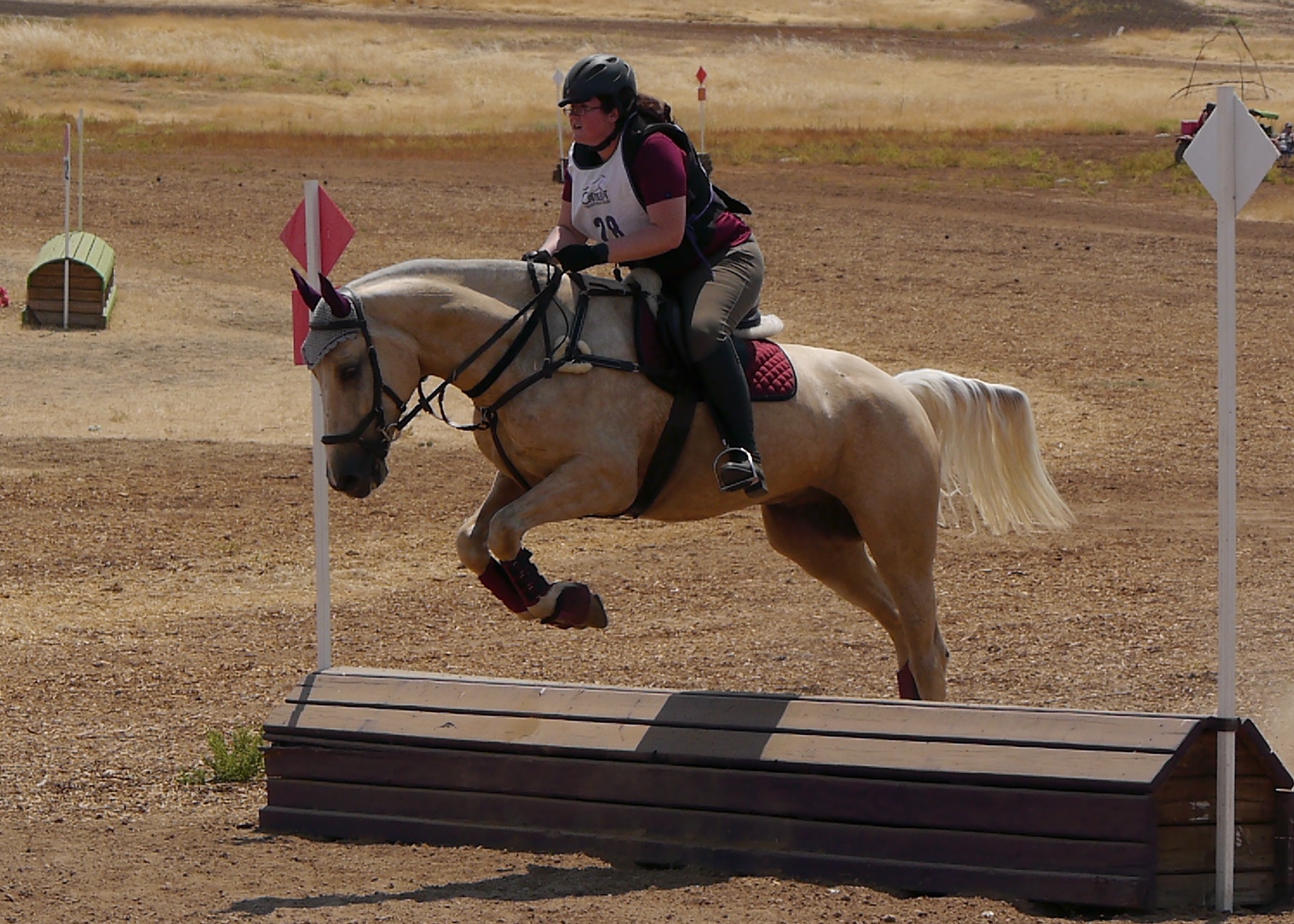 I still didn’t know what my time was, but I thought we must be way ahead of time since we were nearly passing the person in front of me. And since I was the first person in my division, there had been a break between the previous division and mine. I didn’t know at the time that the girl ahead of me was really over time. I just knew I had a horse who didn’t want to slow down and I was catching up to the person in front of me. On the way to #12, I made Levi trot a bit to try to slow us down. Then Levi was completely distracted by people by the side of the track. He wasn’t spooked by them, just distracted so you’ll hear me talking to him in the video. Clearly trotting was giving him too much time to think, so we went back to canter. Thankfully, he wants to jump things so as soon as I got his attention, he flew over it. 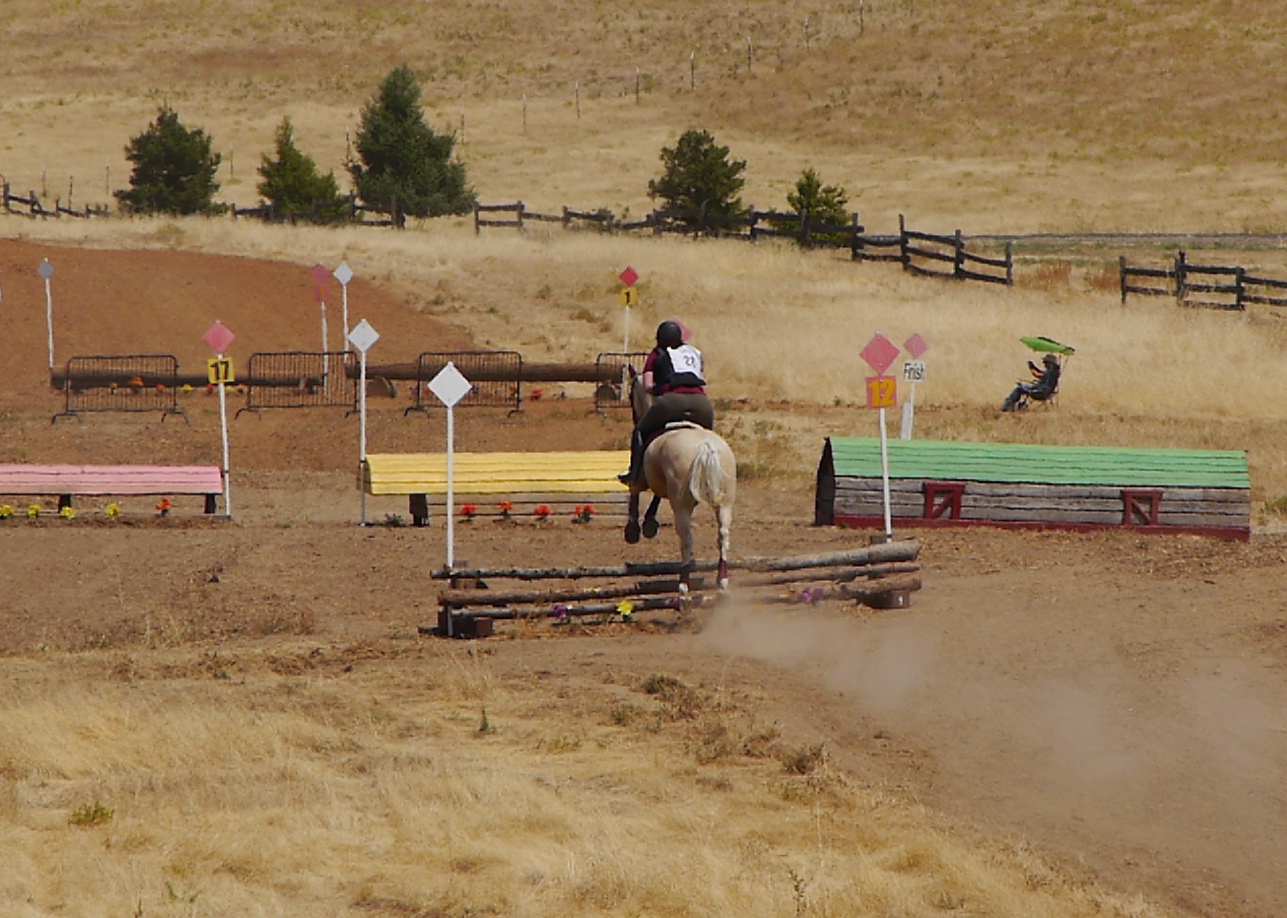 The last jump was a tiny little coop and he flew over that as well. We came across the finish line and he got lots of pats and praise. I figured we had gone under time, but it turns out we made it in 4:40. The minimum was 4:17 and the optimum was 4:50 so we were actually good on time.

I was so impressed with Levi. He’s kind of a nut, but man is he fun. He just wants to jump everything. And he jumps things so well. I think with a better rider, this horse could go really far. Sadly for him, but luckily for me, he’s stuck with me. 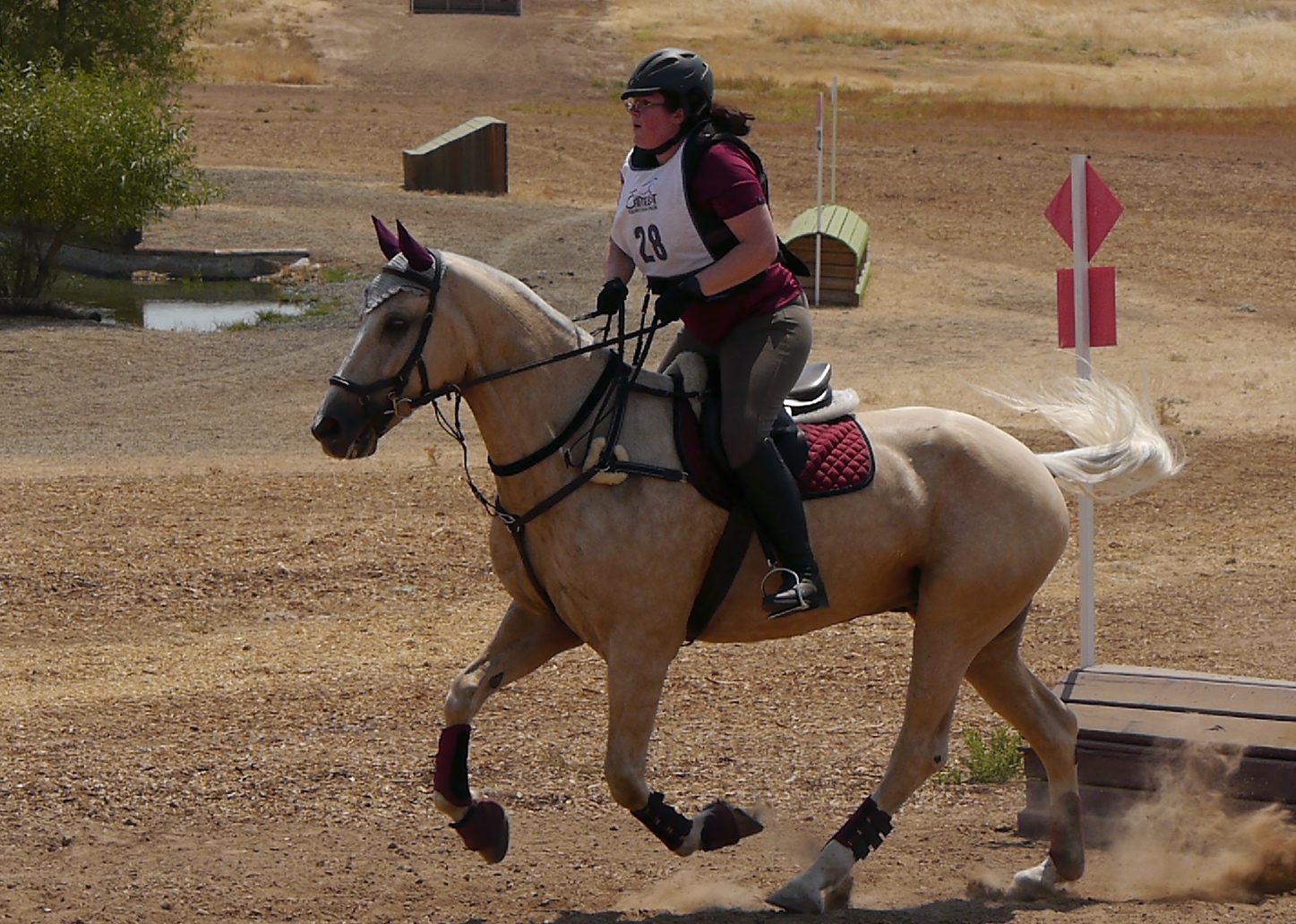