I went into this entire weekend with very low expectations. Up until a month ago I had been planning to take Nilla and do B.N. Prior to Tuesday I had literally never taken a dressage lesson on Levi and Levi had only ever done one lesson with my husband at Eventing Camp. He’s done XC twice ever: once with me and once with my husband. So obviously the next best course of action was two sign up for a 2 day event.

Thankfully, it was Camelot and we were just doing intro. My entire goal for the weekend was to not get eliminated. In a desperate attempt to remedy my lack of preparation, I did do 1/2 of a dressage lesson with Kate the Tuesday before the show.

We trailered in and schooled XC on Friday then spent the night at a hotel (we learned our lesson about heat last year). Saturday morning, we were up early to drive to Camelot and get ready for dressage. Luckily for planning and driving purposes, but unfortunately for heat, my dressage time was at the very end of dressage: 10:30.  I got on around 9:45 to warm up and Levi was being pretty good. He was very excited and very up, but he was behaving. Although he was quietly squealing every time I asked him to canter, he mostly kept his brain in his head. 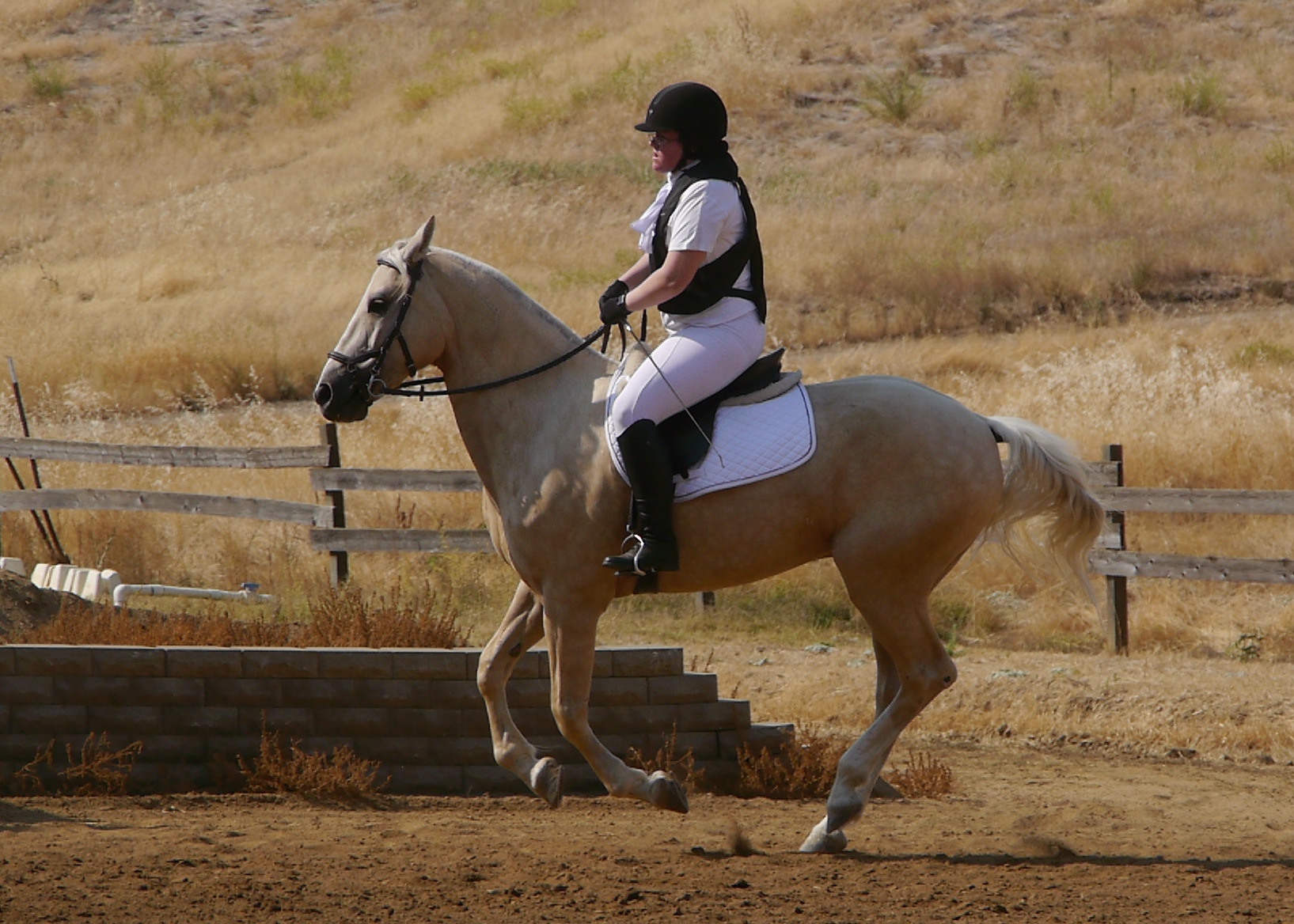 He even relaxed and chilled out for a bit. Then we had to trek over to a different arena for our test (the usual courts are under construction) and Levi went a bit nuts. He was so amped up, I couldn’t get even him to stand still while we were waiting to go in and I had to get off to tighten his girth and change into my jacket. And then we had to go in and try to do dressage.

It was not pretty. And thanks to Nicole, I have video.

Judge’s Comments: Acc. CL straight Horse not round Against hand in cor.
Score: 5.5 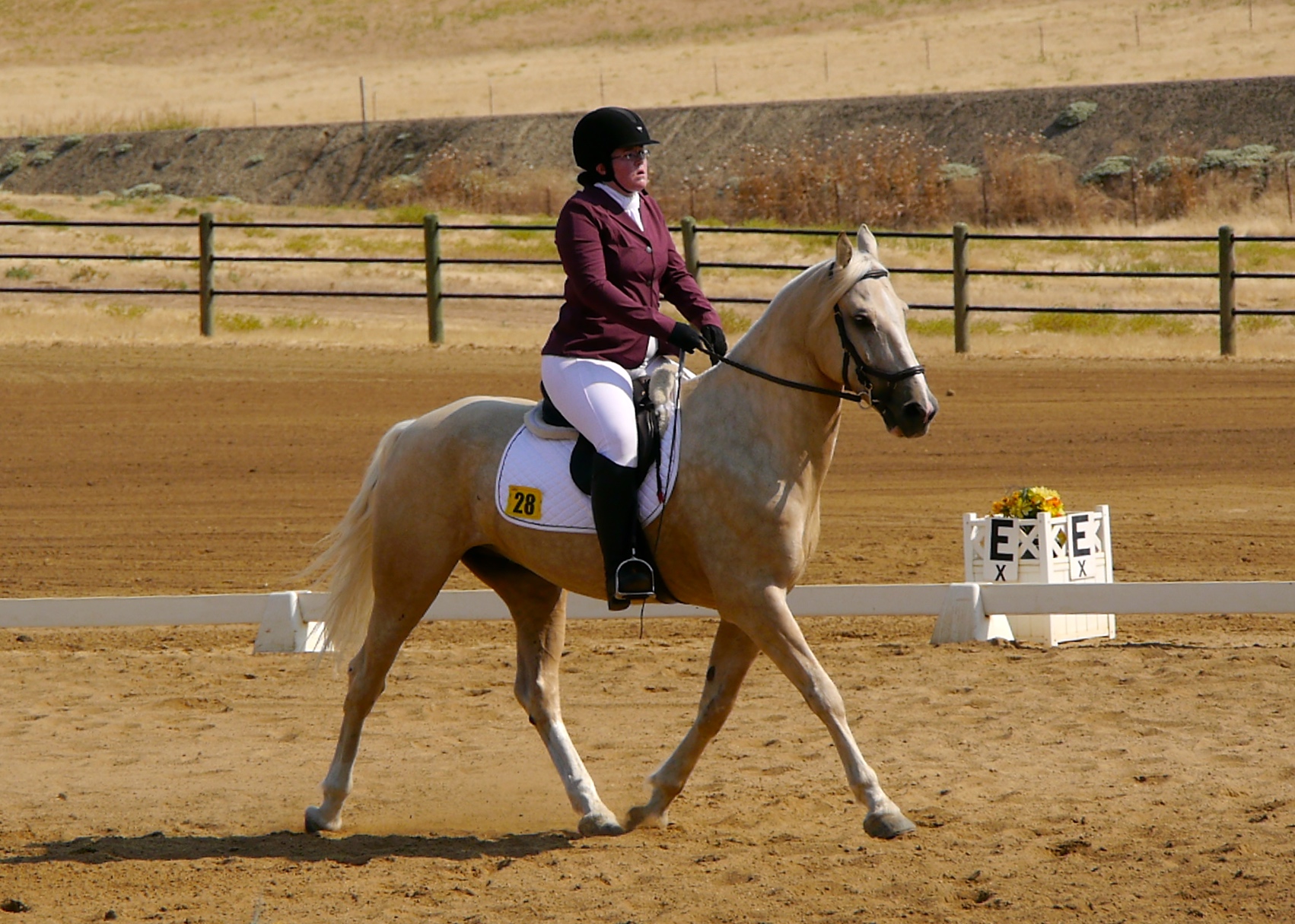 At least we we’re straight?

Judge’s Comments: Some resist. Not steady. Horse needs to come over the back
Score: 6.0

5. Between K and A Working canter left lead 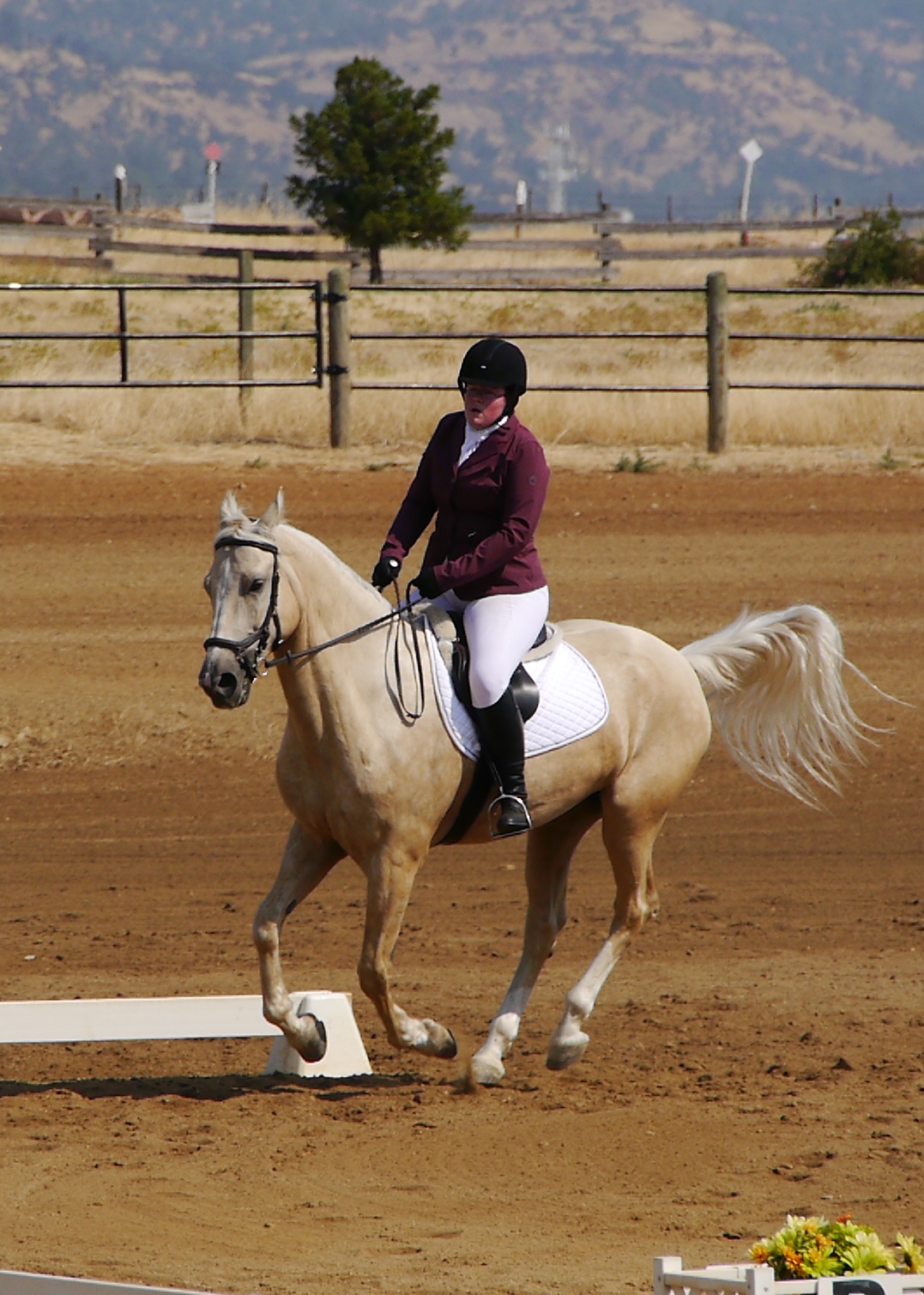 At least there’s no squealing

7. Between B and M Working trot

9. Between F and A Working canter right lead

Judge’s Comments: Rushed. Not round. Hollow back.
Score: 5.5 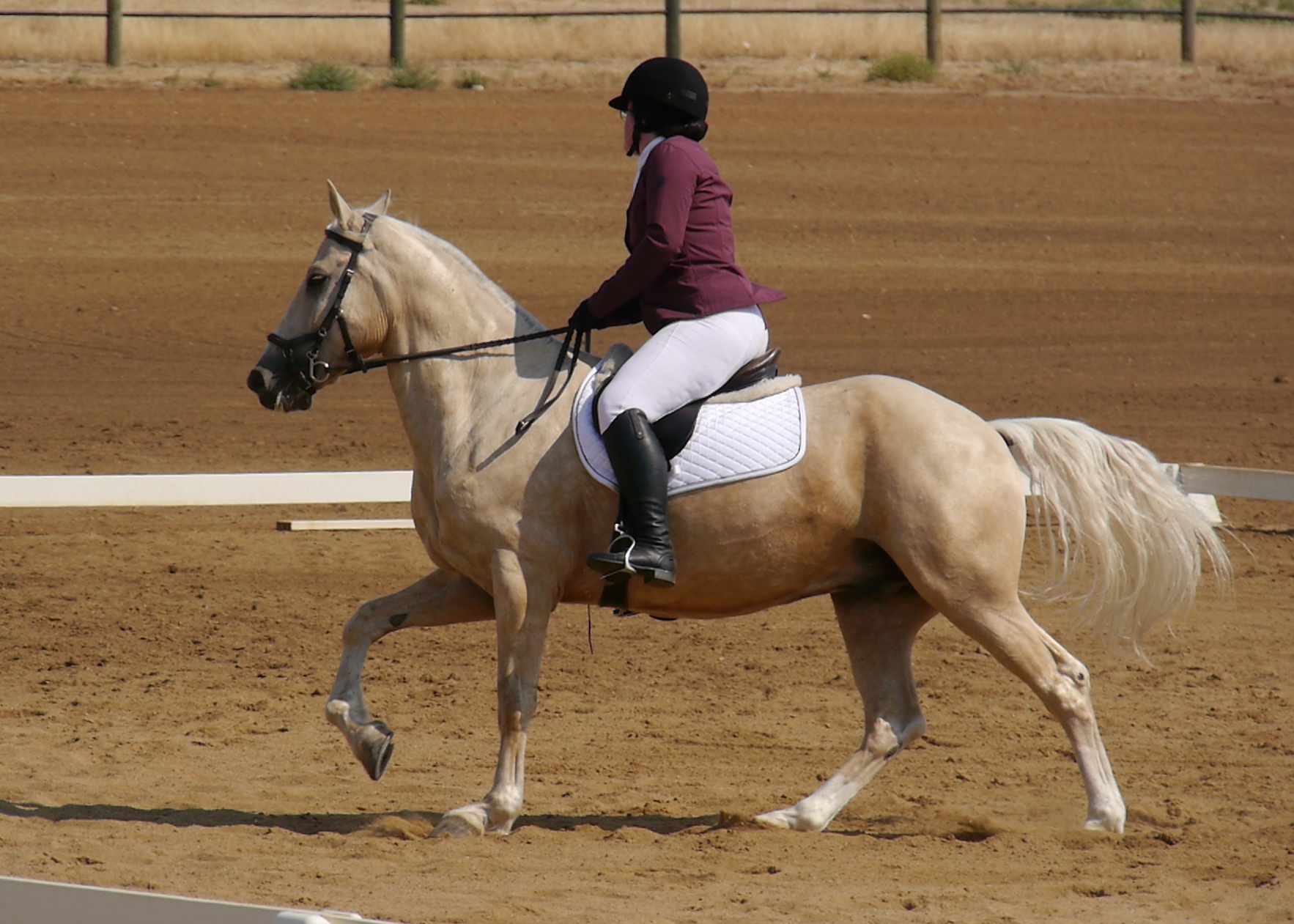 11. Between E and H Working trot 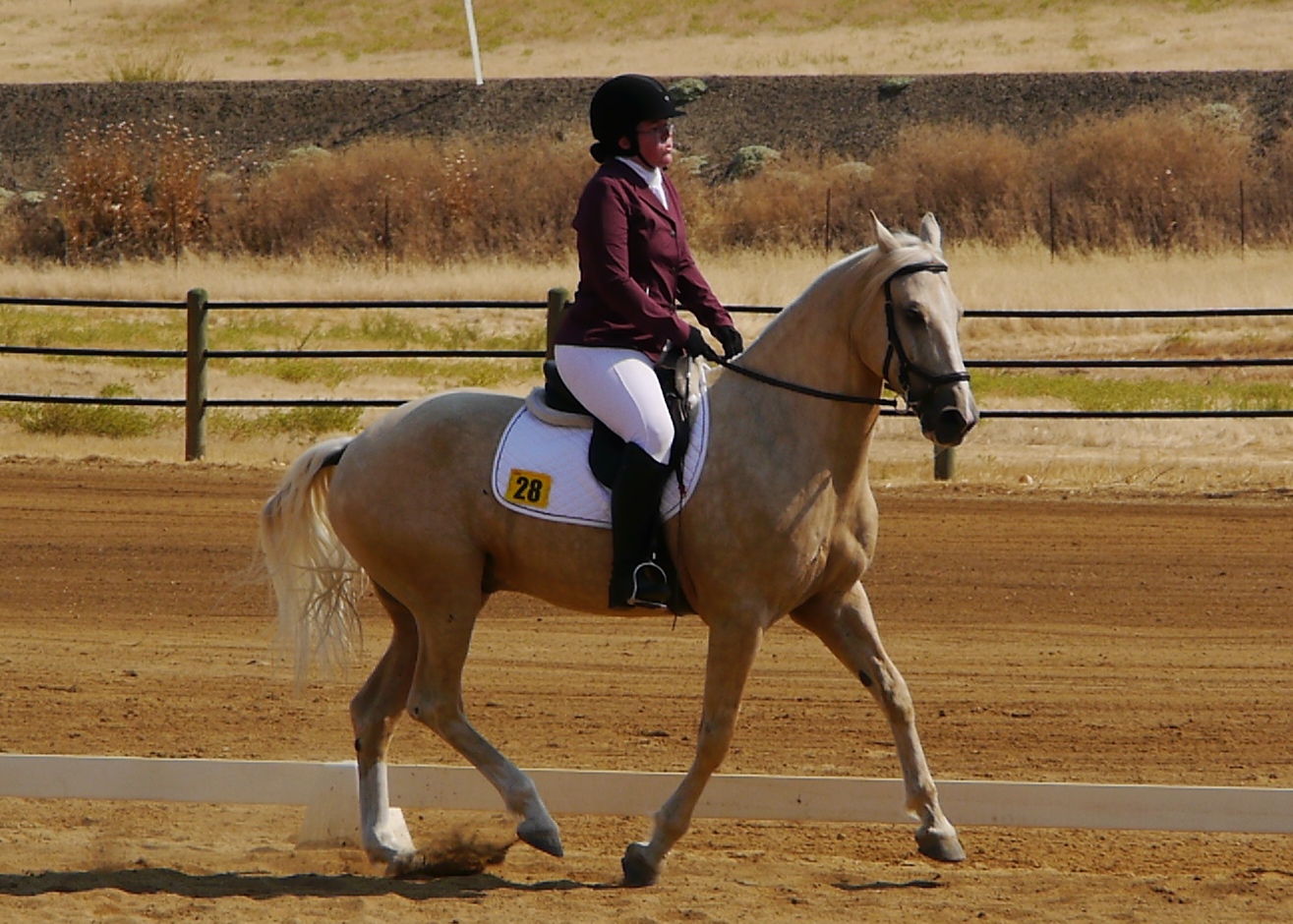 Judge’s Comments: willing. Not consistent but did show difference
Score: 6.0

14. K Working trot.  A Down centerline 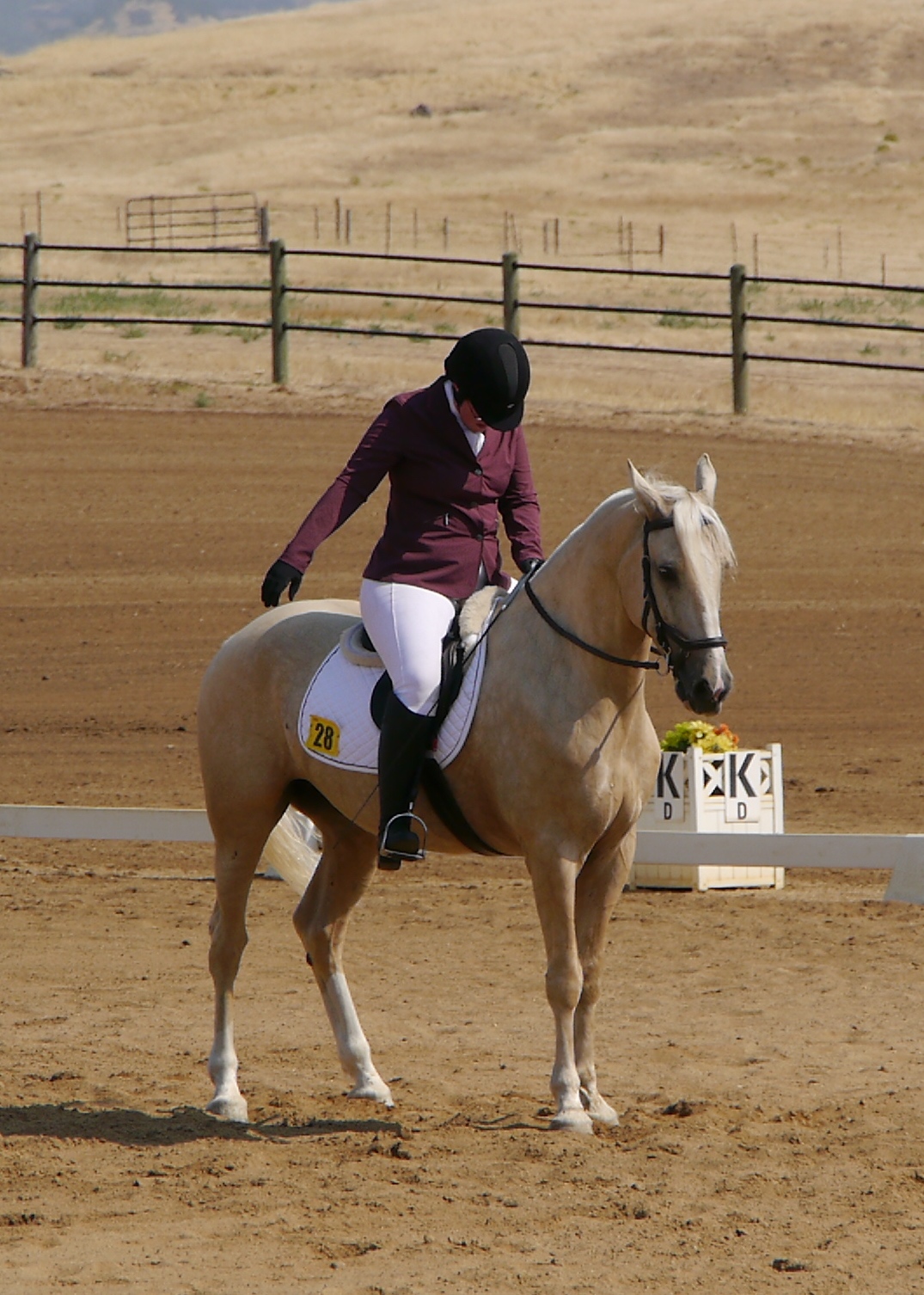 The 0.25 second period of time he stopped moving

This judge was very generous. Our final score was 41.5, which is pretty bad, but I’m also sure we deserved a lot worse. I don’t blame Levi. Sure, he was amped and acting up, but I didn’t ride him very well. And I asked him to do something we haven’t spent enough time practicing. He’s a good horse and he tried very hard for me. And as I mentioned on Instagram, we actually weren’t in the last place I was expecting. We were 2nd out of 3 after dressage.

Shockingly, we are not in last place after dressage. #eventing #dressage #blmmustang #horsetrials