When Eugene was diagnosed with a stifle injury, we weren’t happy about it, but it wasn’t the worst diagnosis. These types of injuries aren’t generally career ending and we’ve actually rehabbed a horse through this before. Shasta had a stifle injury – though hers was caused by being kicked in the pasture – and recovered fully from that. While a stifle injury might be better than a suspensory or other more serious diagnosis, rehabbing stifle injuries can be mentally and emotionally difficult. With a typical lameness you don’t want to exercise the horse if they look off. However, because the only cure for a stifle is to strengthen it, you have to keep pushing the horse even when they look off.

We were working through the rehab plan (lots of trotting, poles, backing, etc), but it’s hard to watch your horse limping around and ask them to keep going. A few weeks ago, we took Eugene to the local expensive vet hospital to get a second opinion on his stifle injury. 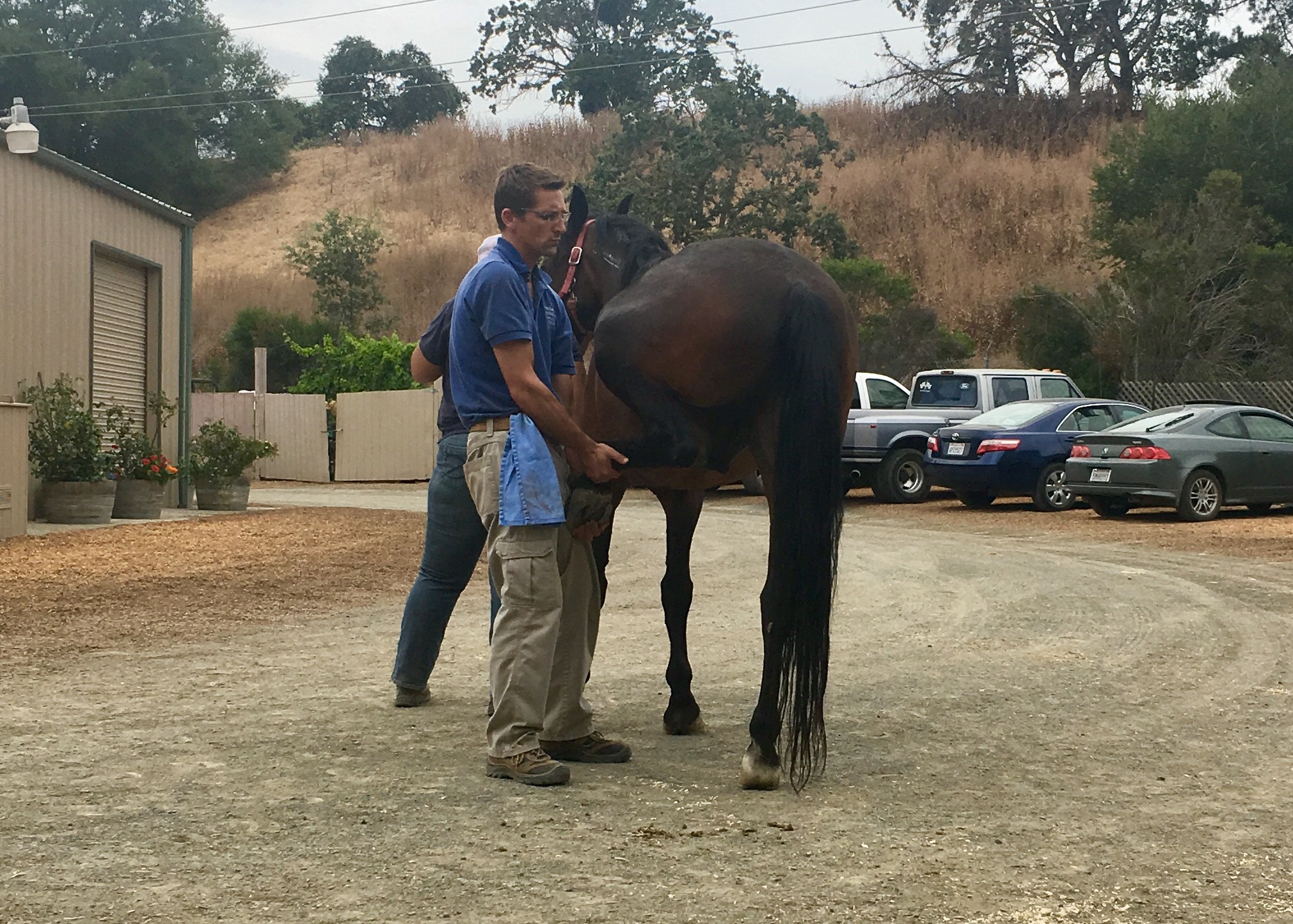 After lots of poking and prodding and flexions and trotting in lines and circles, this vet confirmed our original vet’s diagnosis of upward fixation of the patella. He recommended that we continue the trot, backing, poles work, but to add in some lateral work as well. He was also cleared to return to more advanced work like cantering and jumping. This vet’s opinion was that Eugene wasn’t technically lame, he had a mechanical “hitch in his giddyup.” 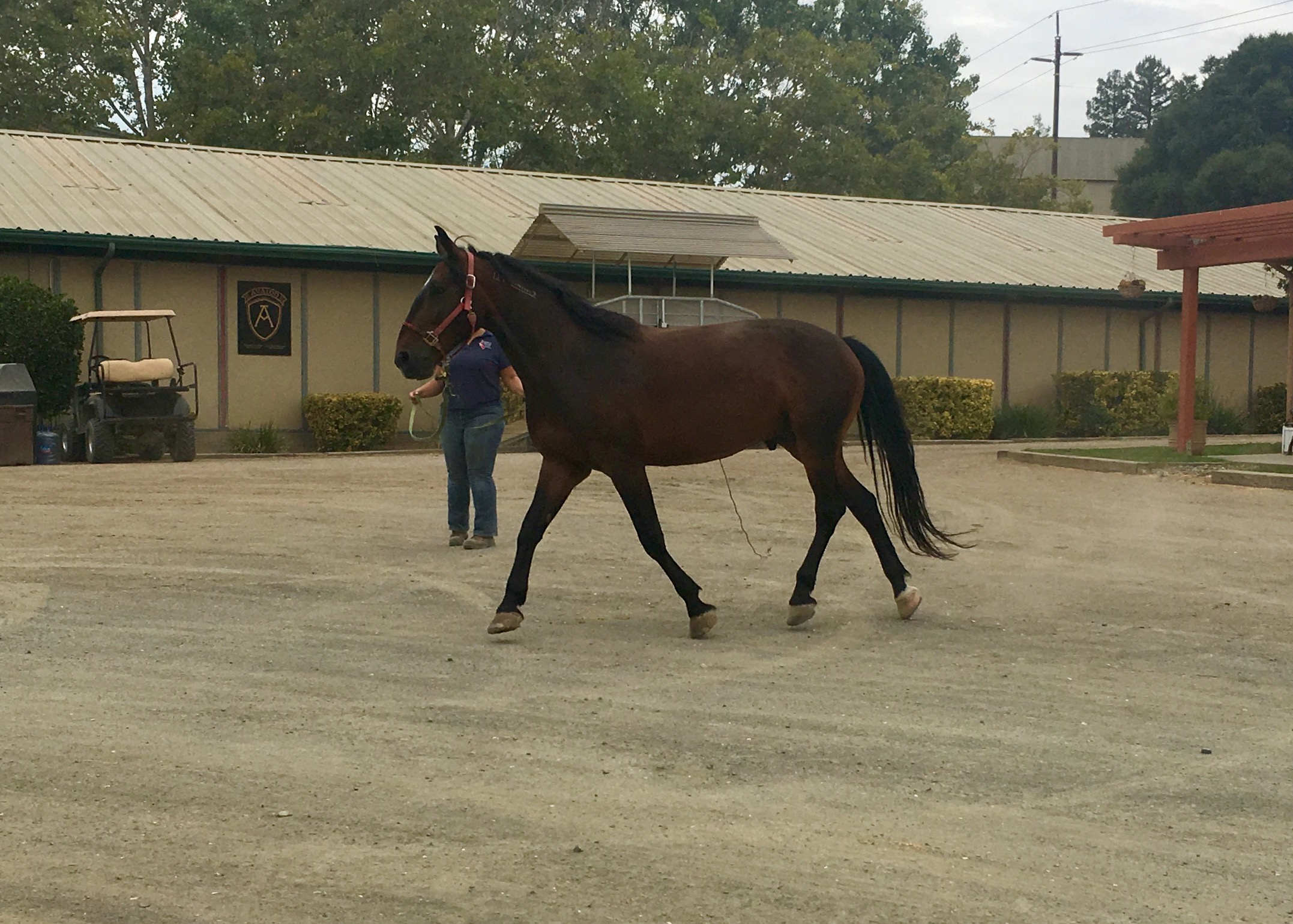 He did recommend more chiropractic work and acupressure. Eugene got a session of acupressure at the hospital, which he really enjoyed once he got over his initial terror of a strange person touching him (his Mustang prey instincts are still very high). There was lots of licking and chewing. 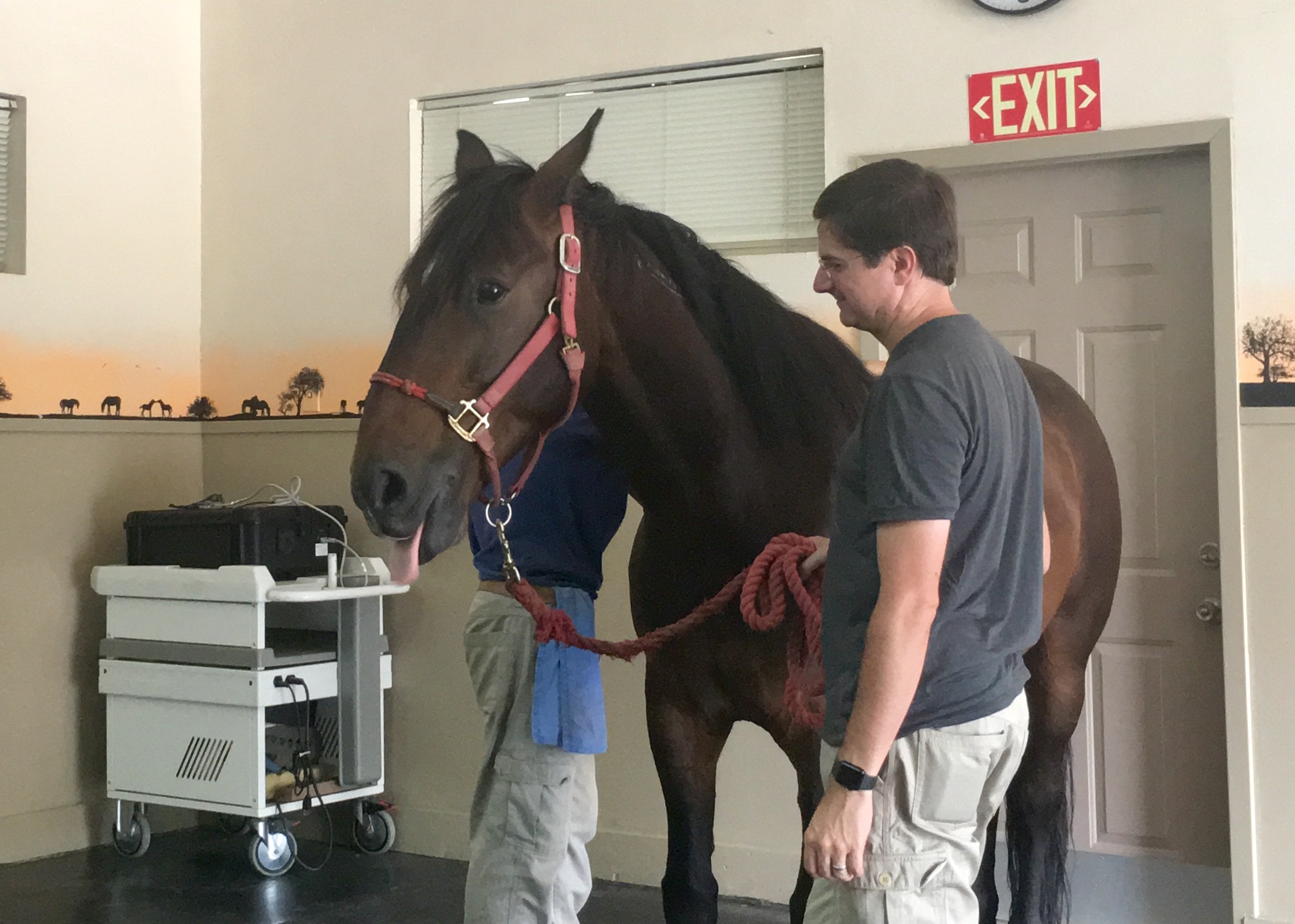 And because we literally take better care of our horses than ourselves (ask me how that ankle surgery that I need is going), Eugene also got laser therapy and k-tape. 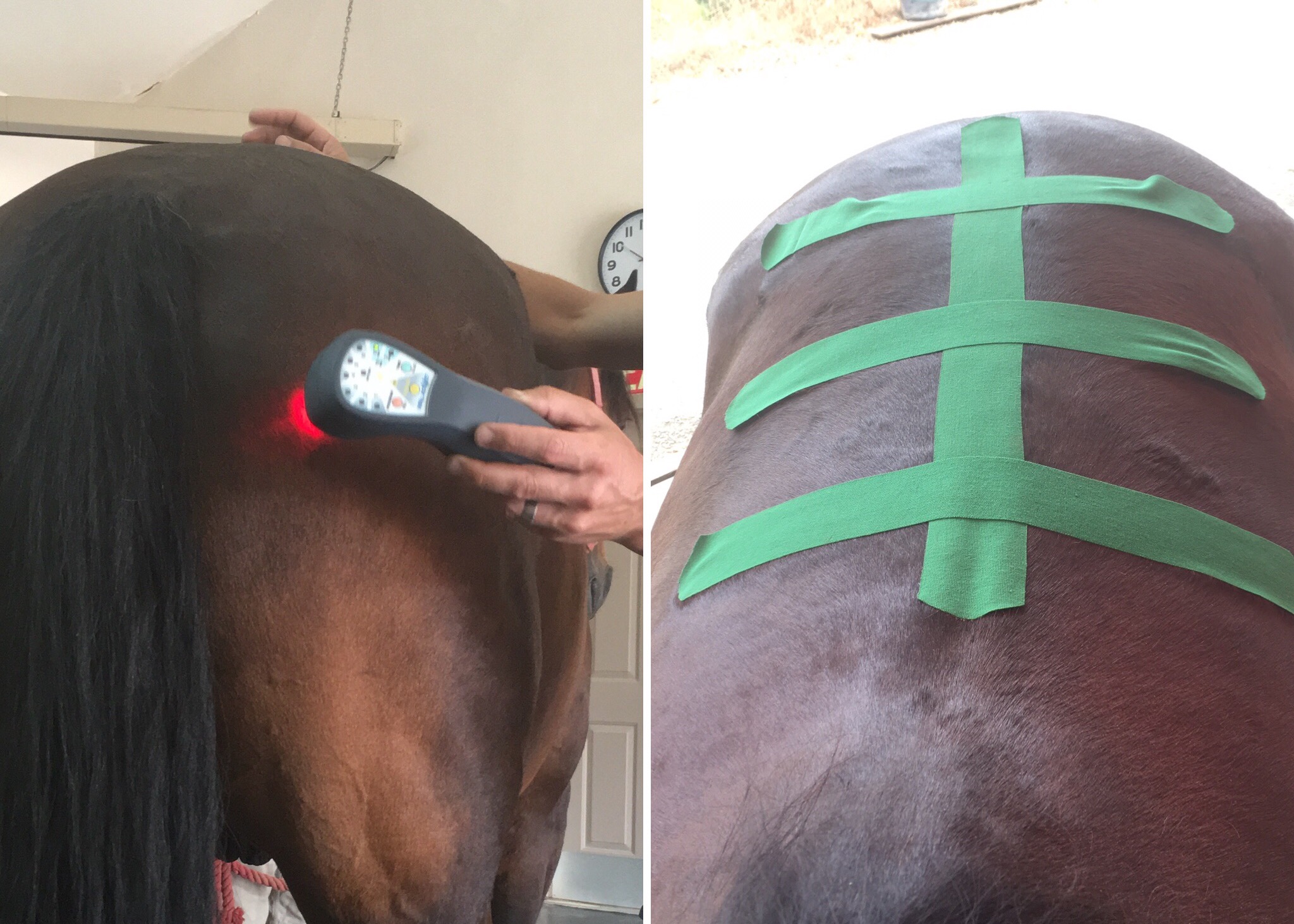 My husband has continued upping his work and Eugene is definitely improving. There’s still a bit of a drag to his step and it definitely gets worse as the ride goes on and he gets tired, but he is improving. He finally got to do some jumping yesterday and he was so excited! Even though the jumps were little, he was very happy to be back to doing something fun.

Eugene was so excited to be jumping again even if it was just a little cross rail. #blmmustang #crossrail #jumpinghorse #soexcited

It’ll still be a while until he returns to full work, but it’s good to know we’re on the right track.

33 thoughts on “Update on Eugene”