We had a few hours to kill until Stadium, which I spent alternating between studying and watching Kate and her students ride. I was really impressed with Levi’s behavior at the trailer. I had seriously debated bring Nilla just to keep him company because Levi is both vey herd bound and has a bad case of toddleritis. However, while there was some pawing, there was very little whinnying and no destruction. Maybe he’s growing up. 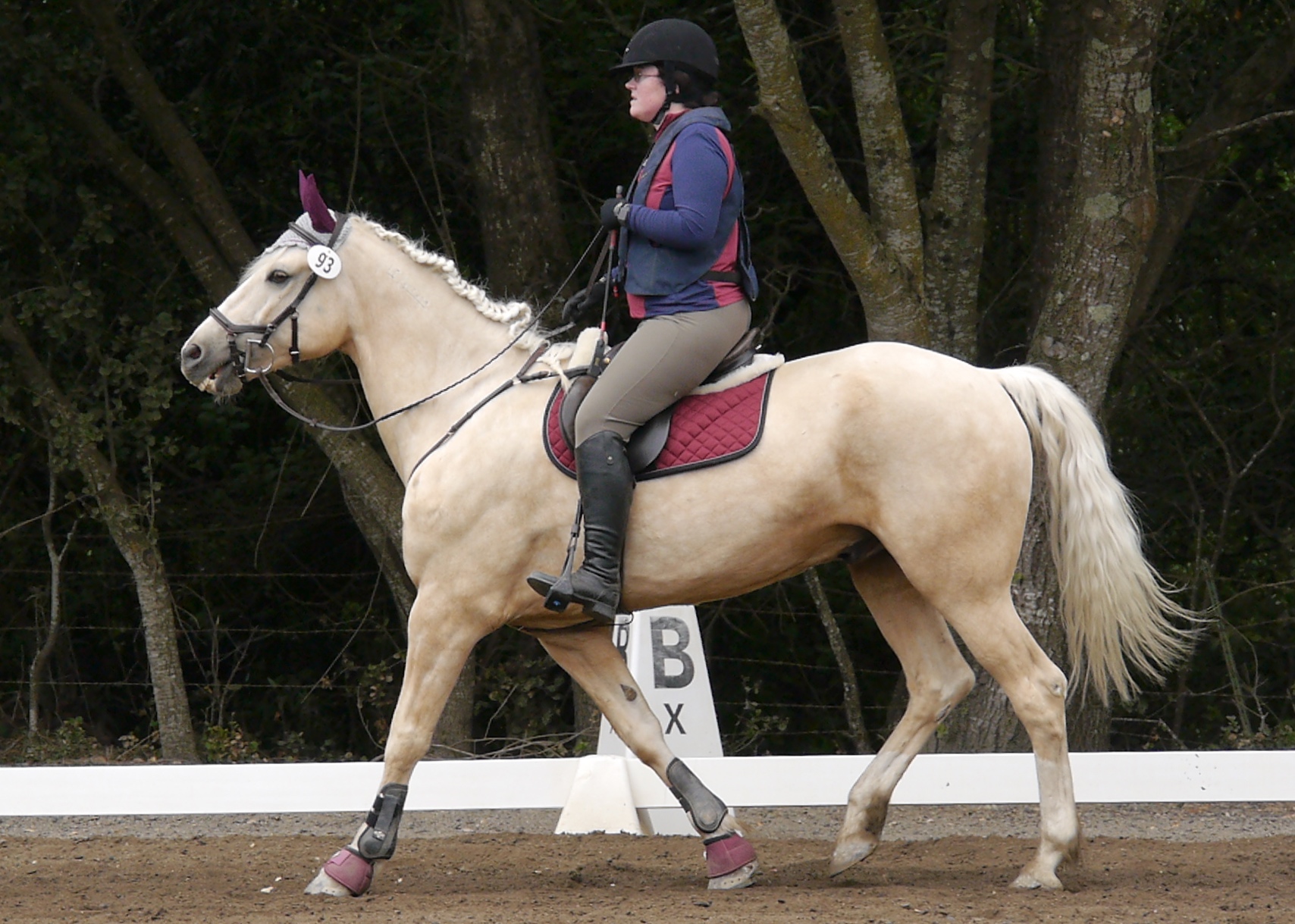 I tacked up and hopped on to warm up. He was once again a ball of energy, but he was controllable. As I’ve mentioned before, Levi insists on stopping at the first jump. No amount of leg or crop will convince him that he can jump until he decides he can. And every new jump needs examination. Usually the subsequent jumps only need intense staring at and not actually stopping. 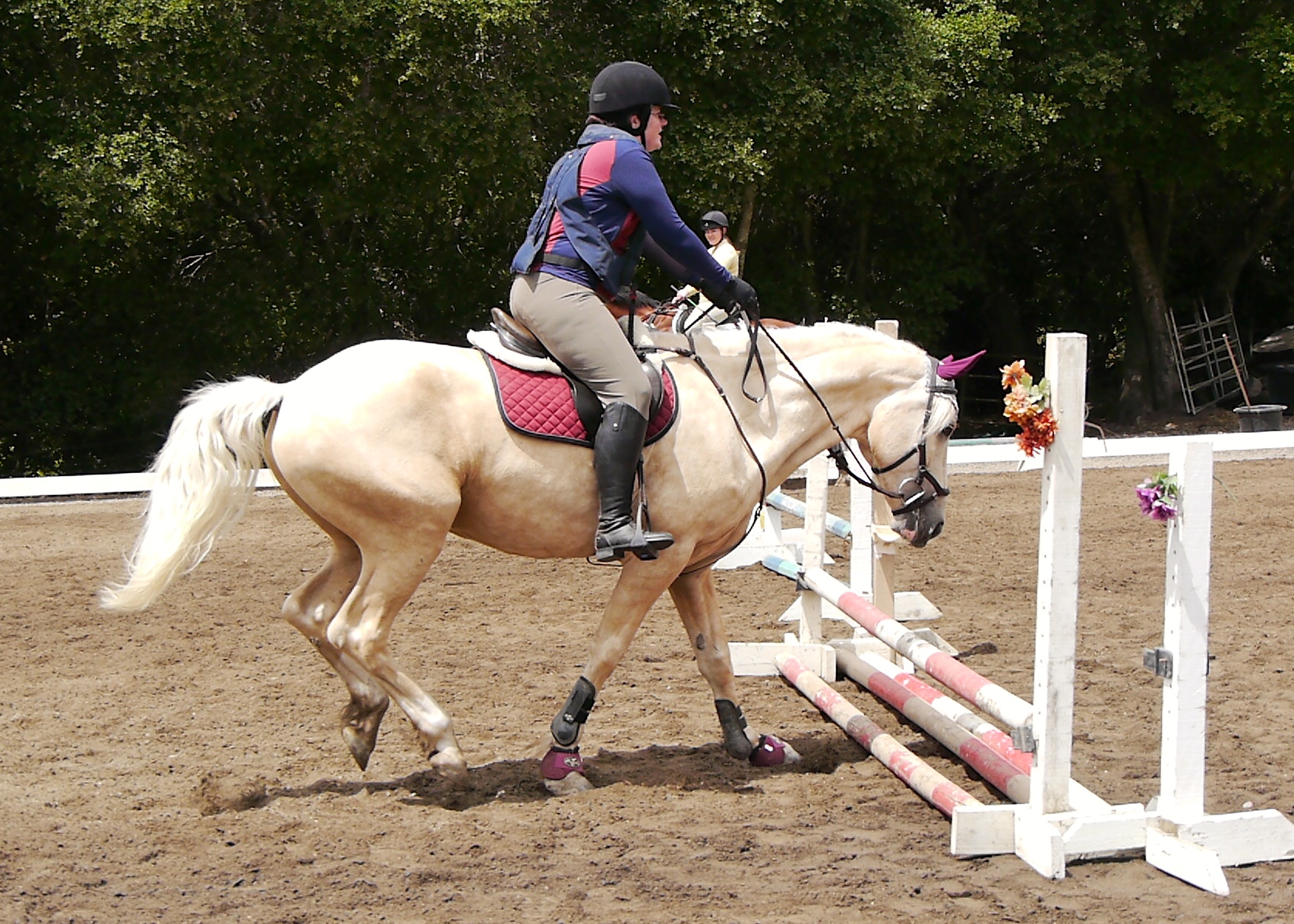 I just try to sit back, not anticipate, and get him as forward as I can. It also helps if I remember to raise my stirrups from dressage (which I did after this picture). One of the reason I love RDLA for schooling is the way they run stadium; everyone gets two rounds and you get to take the score from your better round. The course was very easy to remember and the intro jumps were nice and tiny. 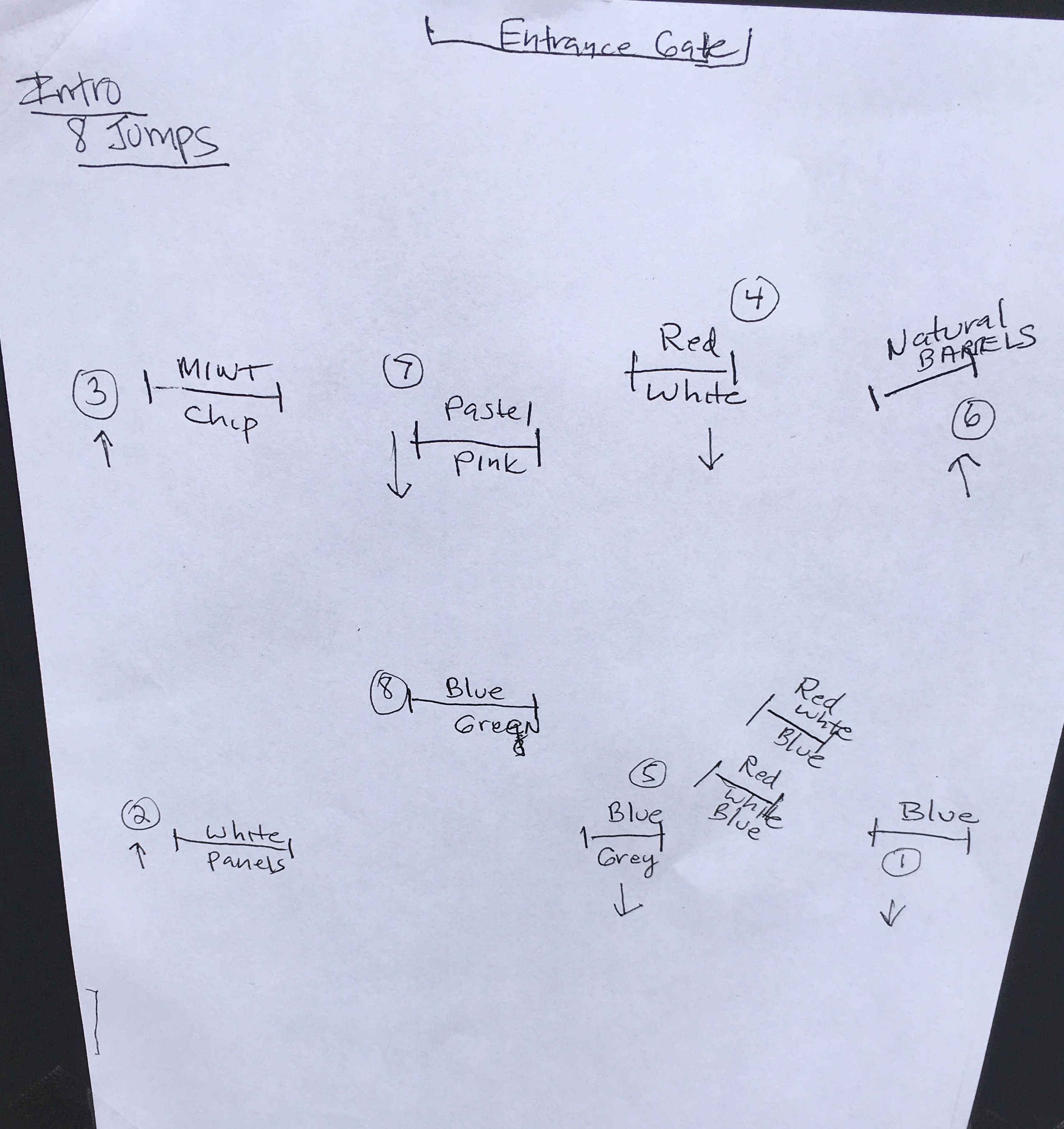 Apparently my husband failed to notice that I had started my course until half way through so I don’t have many pictures for the first round. Which is sad because I imagine they were all this hilarious: 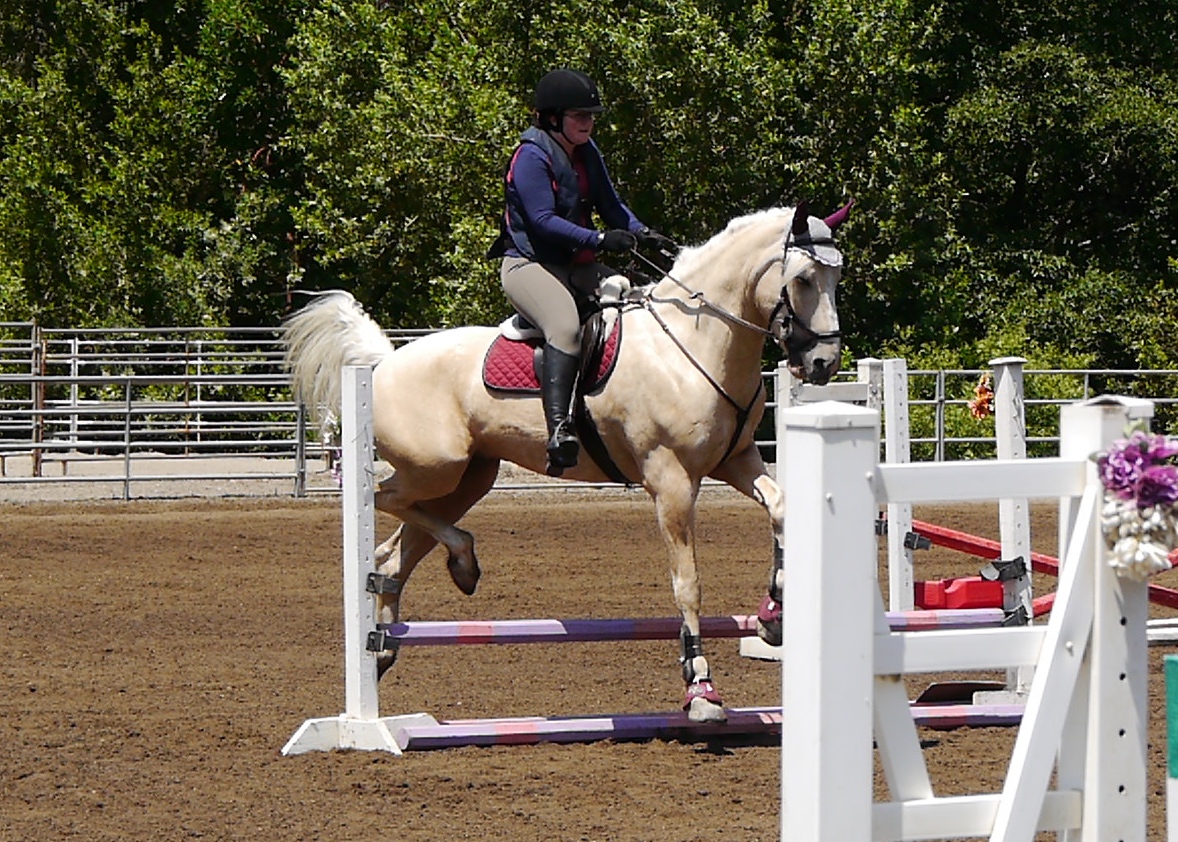 He slammed to an almost stop at 2 of them, but they were so tiny, I just forced him to walk over them and he didn’t actually knock any rails. And that counted as clear. 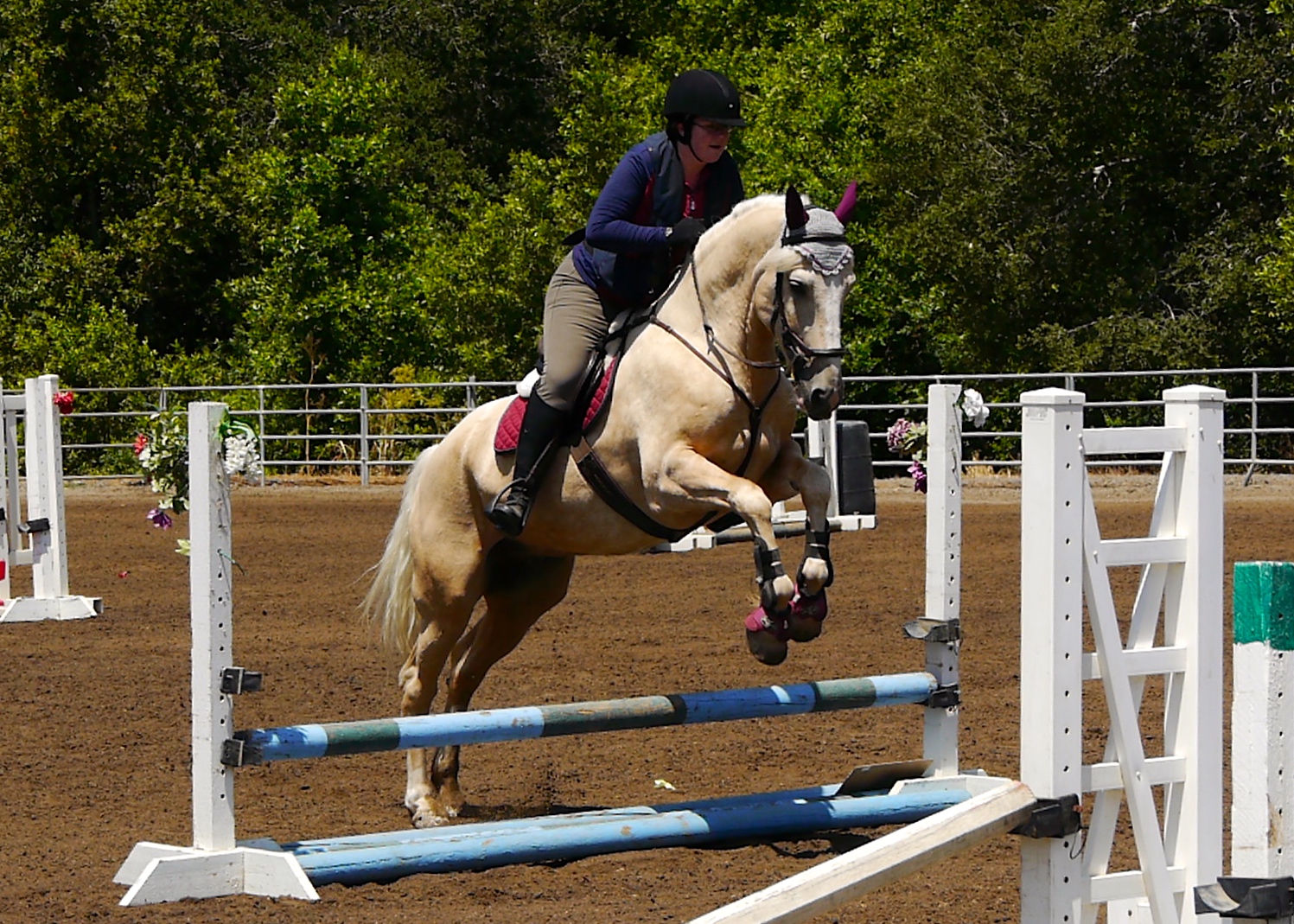 I was pleasantly surprised with how well it went. While walking over jumps is obviously not great, it wasn’t stopping. I really thought he’d hulk smash his way through the first round, but he didn’t. As an added bonus, he was landing and moving forward, which is something he’s struggled a lot with before. I was very happy with We took a little break while someone else went before going in for our second round.

He was even more forward this time, although that’s not to say it was always pretty. 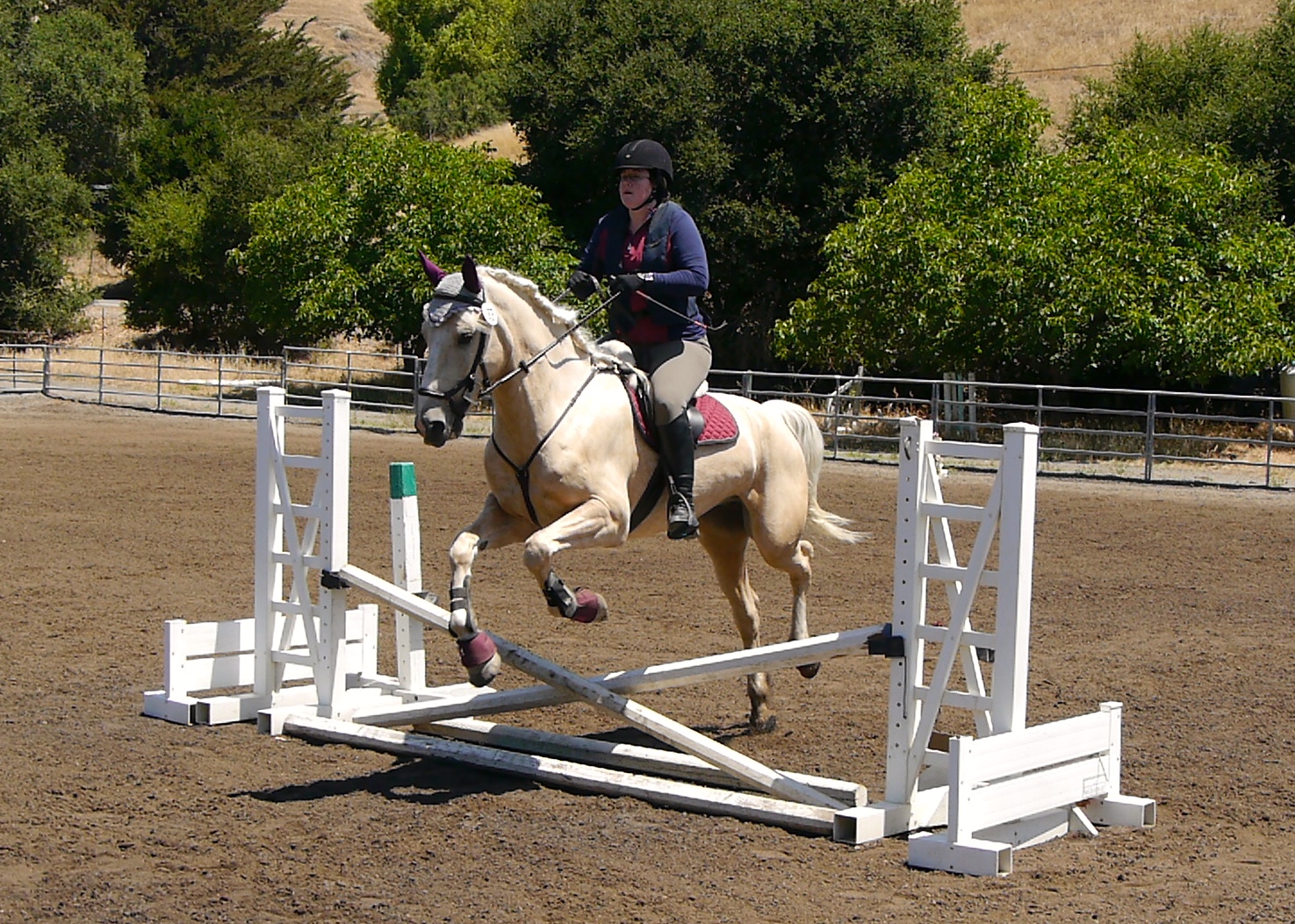 Really, it wouldn’t be me if it were pretty. At least my eyes are up. And his ears are up. This second round really helped his confidence. It’s like he figured it out and knew what he was doing. He even got forward enough to knock down a pole because he was running down the line and got a bit unorganized. 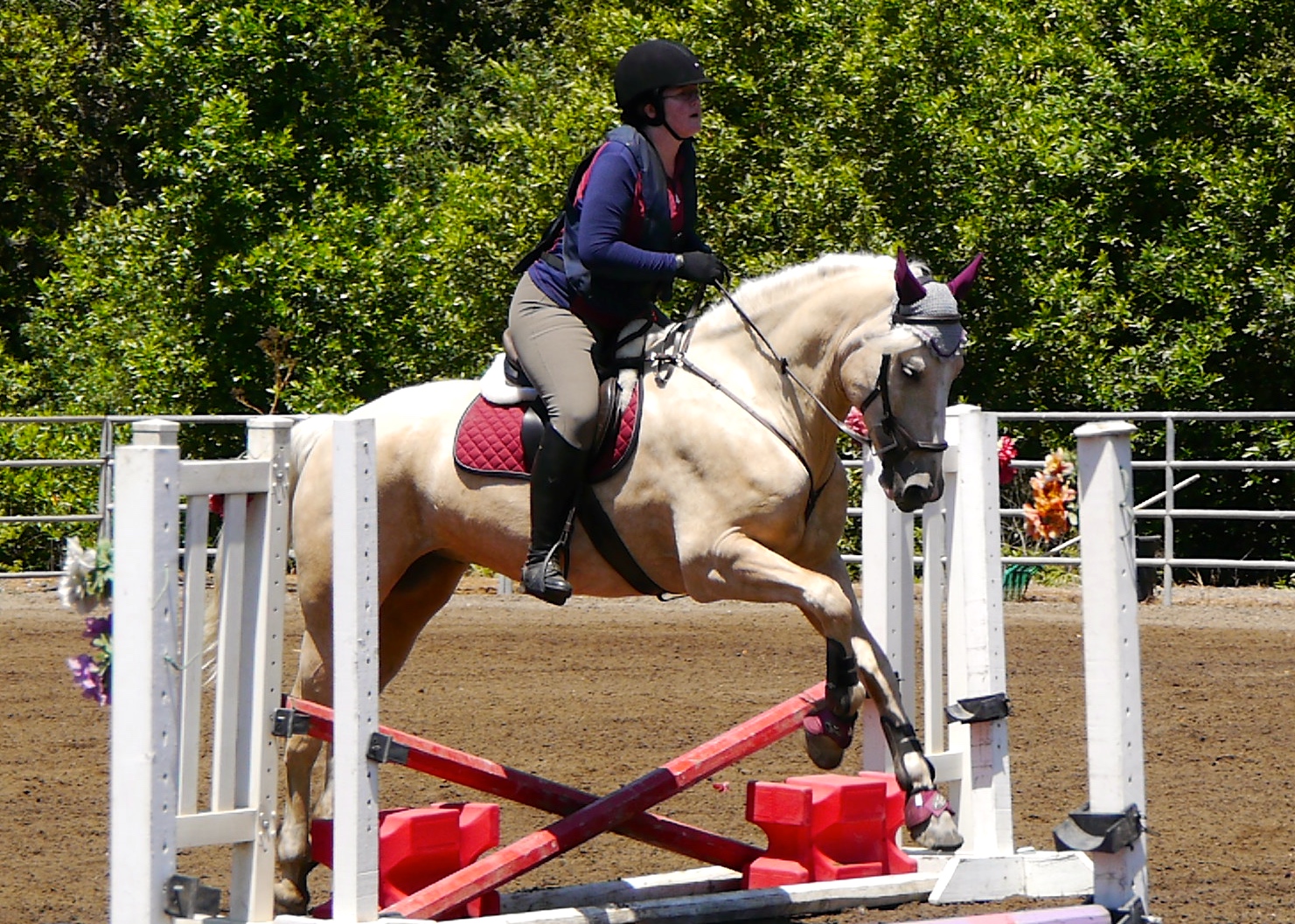 As we came around to jump 6, I felt him lock on to a jump and go to it. This is the first time I’ve ever felt him do that. 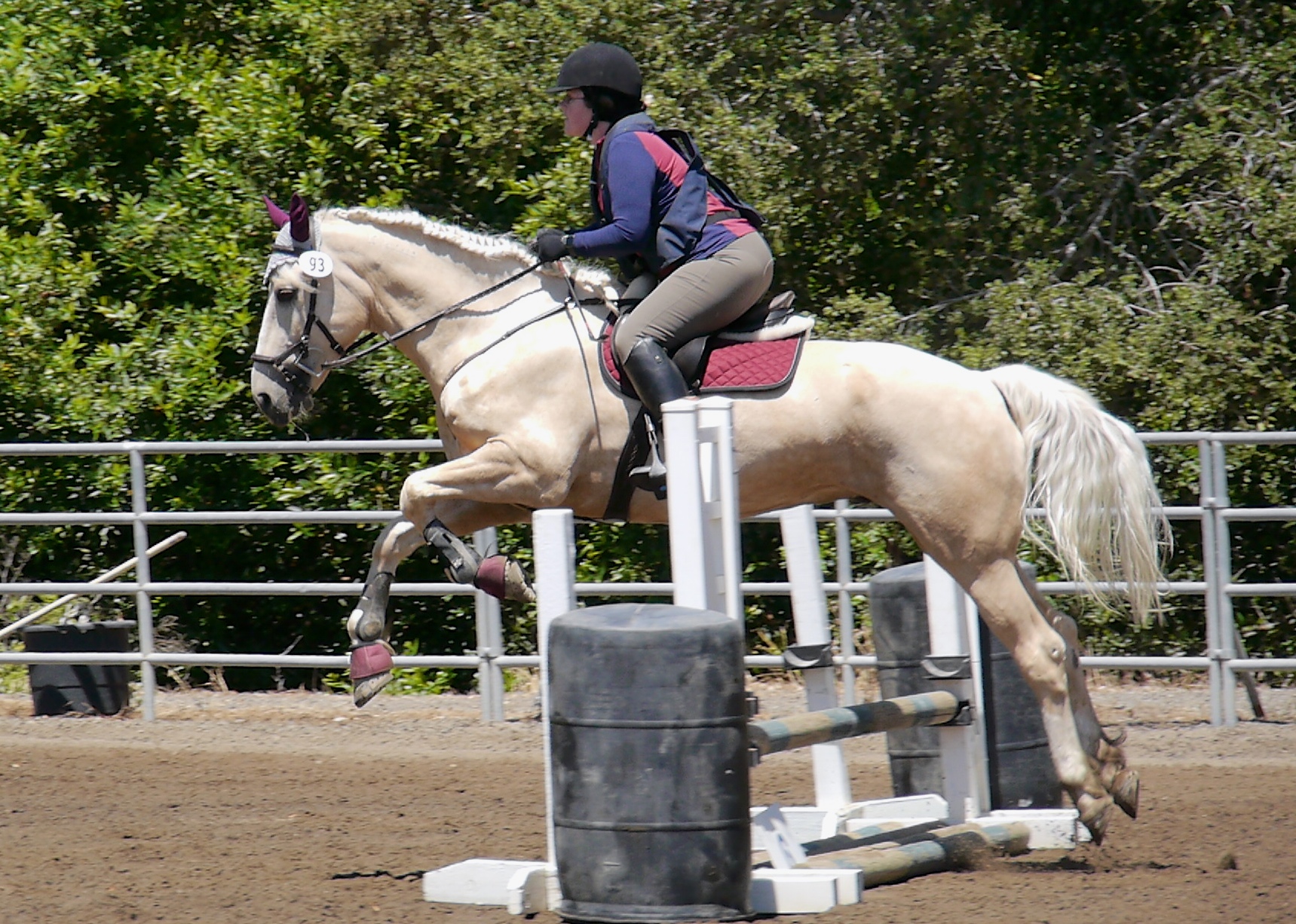 I wish this picture was a frame earlier.

I was so freaking excited, I landed patting and yelling good boy at him. I was a bit too distracted and totally messed up the rollback to #7. I probably should have circled, but whatever. We wiggled around and came into #7 super awkwardly, but cleared it. Then I rewarded him by jumping up his neck at #8, but whatever; we still cleared it. 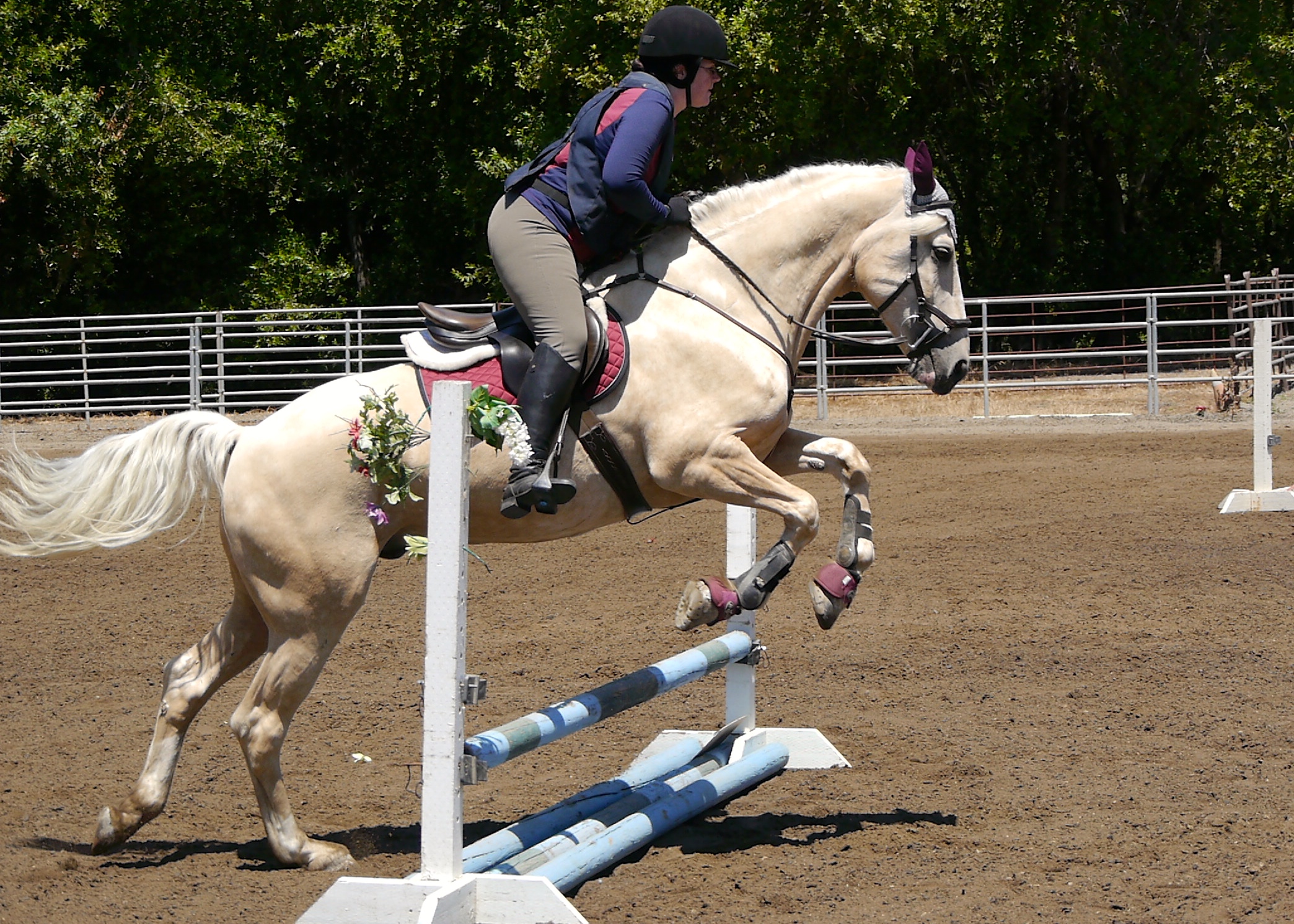 I spent like half the course patting him and telling him he was a good boy like a complete idiot, but I don’t care. That’s what schooling shows are for. You can act like an idiot and it doesn’t matter. I’m all about building positive experiences for him. 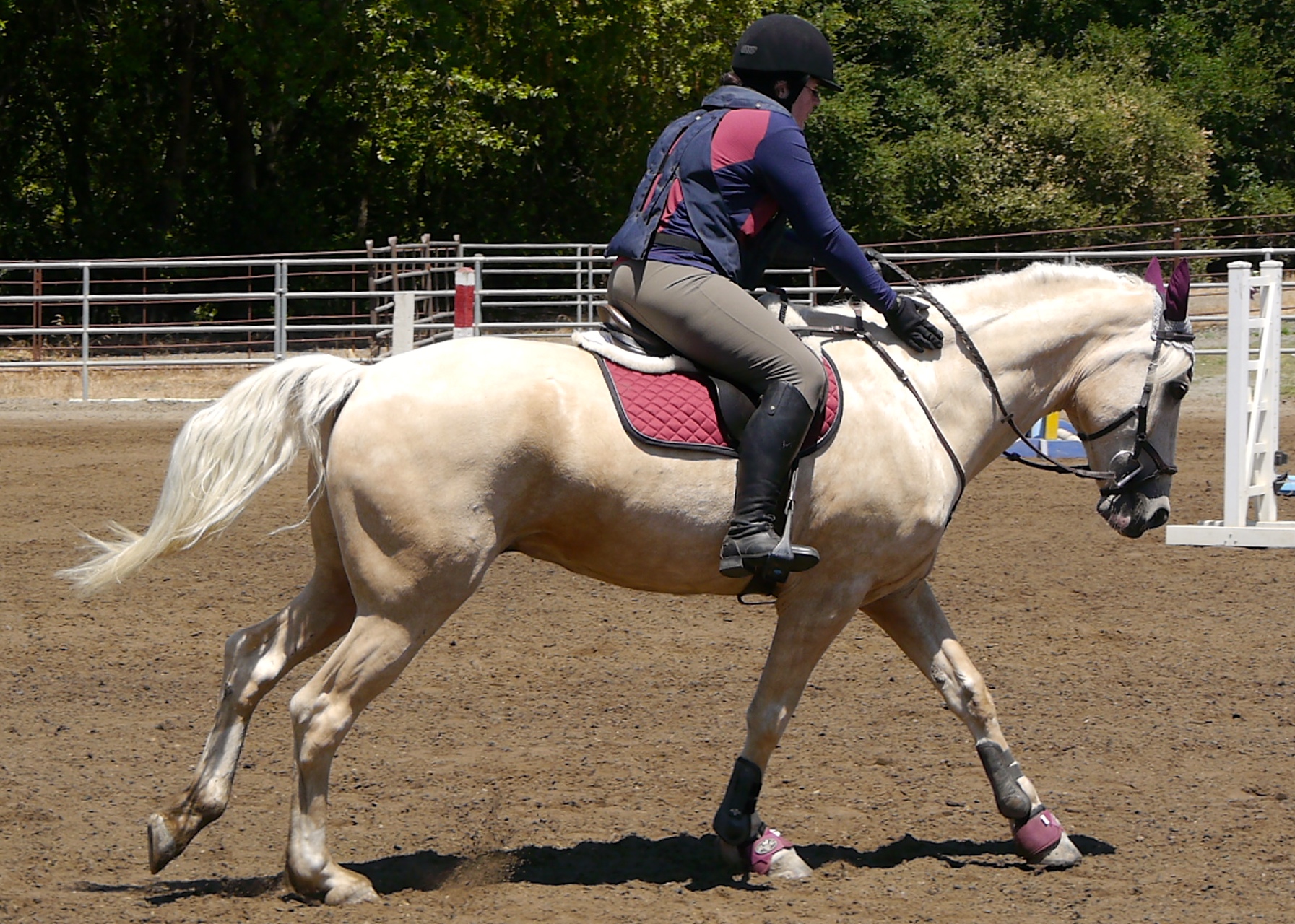 I know it’s little baby jumps, but I don’t care. This is the best he has ever jumped. He was not only forward, but eager to jump. And he actually felt good to ride. His jumping was much rounder and more comfortable than it’s been before. I was so happy with him. He really seemed to know he’d done well too. I could feel it in the way he moved: like he was strutting. 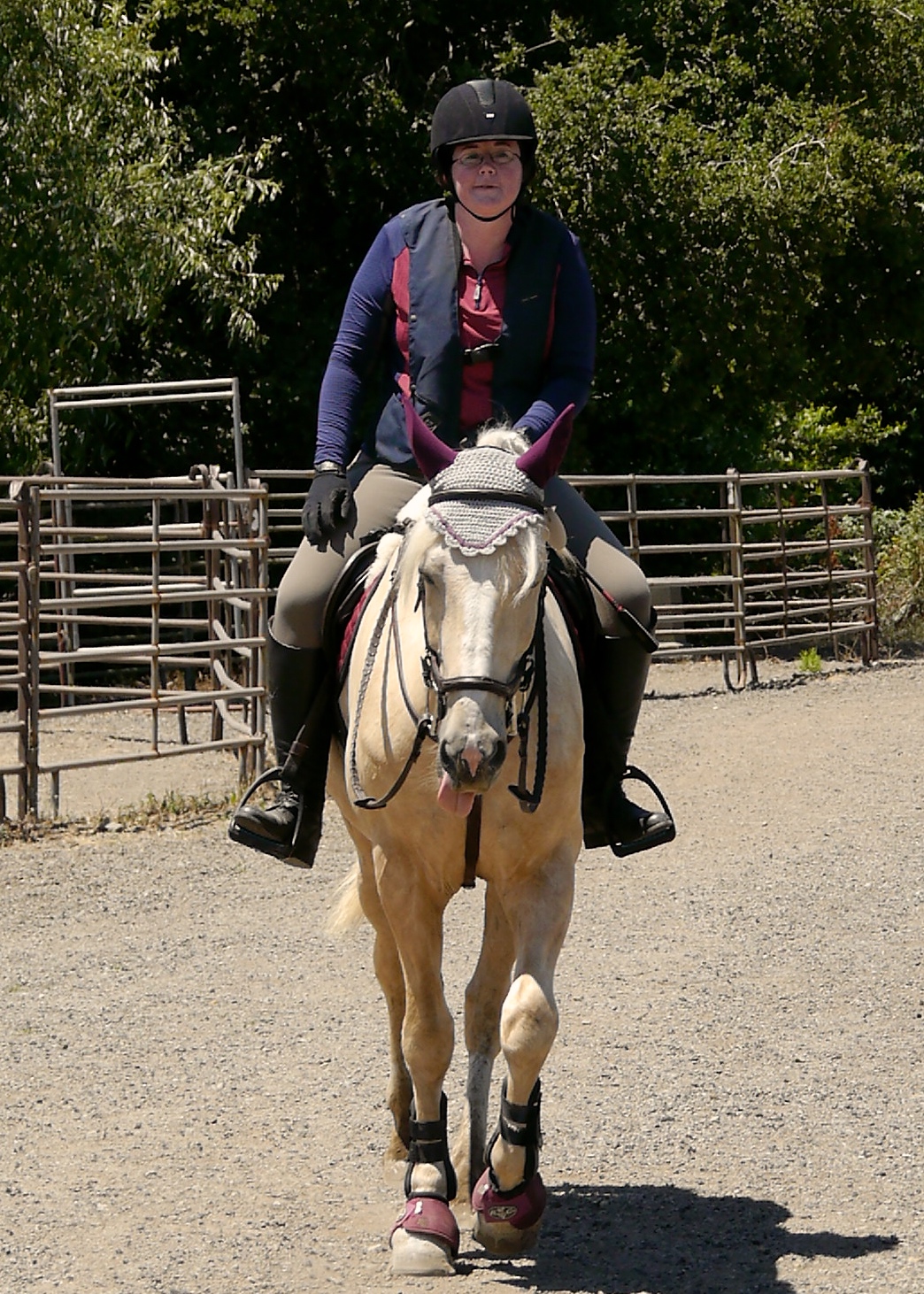 He even did it all while wearing the bonnet I made for him that he hates because it is touching his ears. But I don’t care. He looks amazing in it and being ear-shy is not something I consider a legitimate disability, so I insist that he wear it. 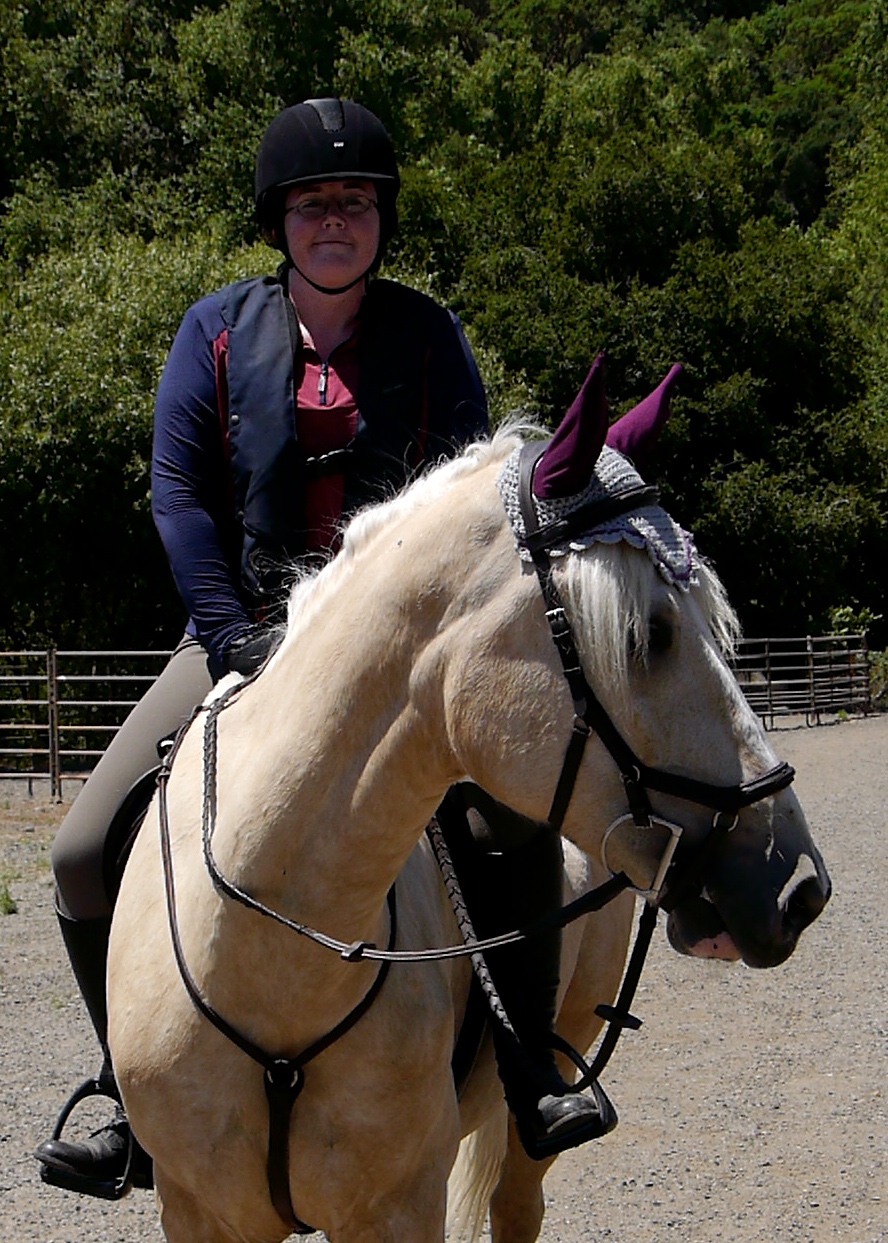