As I mentioned, we spent part of Labor Day Weekend making jumps. We were also pretty busy on other horsey fronts.

On Saturday we took our old straight-load trailer to the car wash to clean it up so we can put it up for sale. We should have done it months ago, but we’ve been busy. And lazy. It was pretty dirty, but there’s nothing wrong with it structurally so it just needed a good spray down/scrubbing/vacuuming. 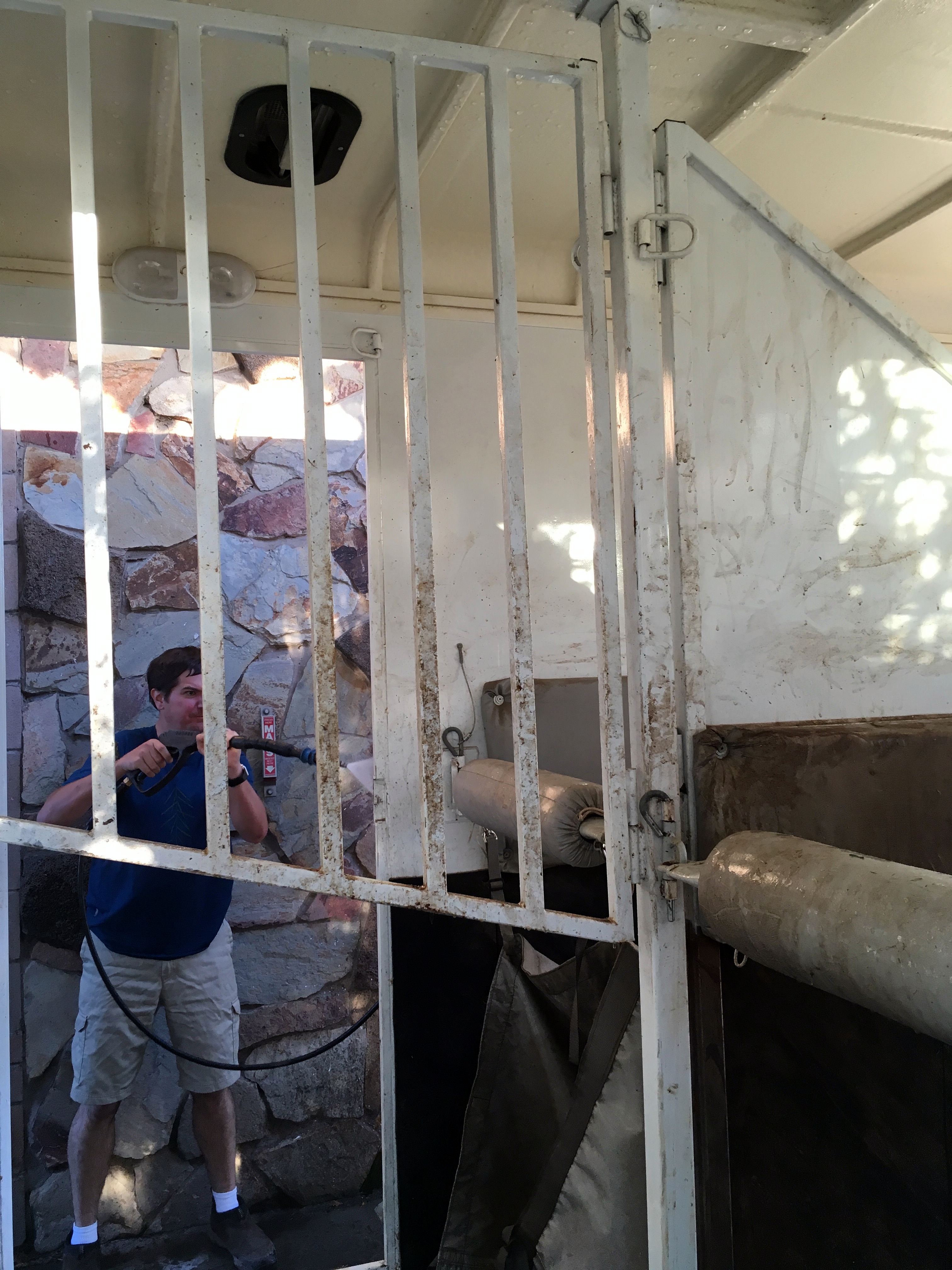 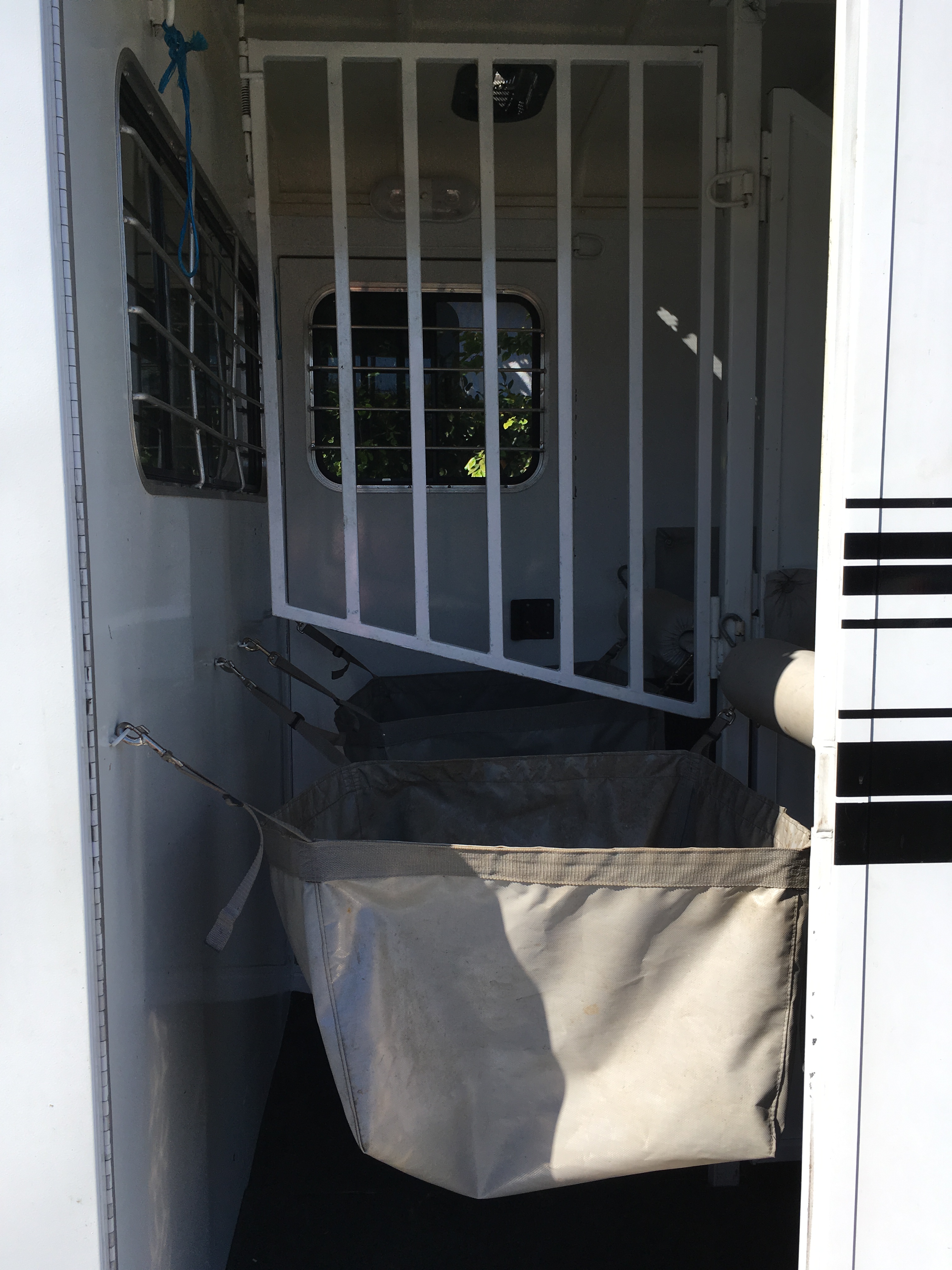 So much cleaner now

It’s a much nicer trailer than our new one. I really wish Nilla would deal with the straight load and I didn’t have to sell it. If anyone in the bay area is looking for a really nice 2 horse straight-load, let me know.

Sunday was more jump building and some additional work on the trailer (painting the divider we had installed that I had previously not painted (again, lazy) and replacing one of the pads that Nilla had ripped. My husband did some arena work with Eugene and we disturbed a herd of deer. You can see the one buck resting here, but we also terrified a little yearling along the road up to the arena and there were two does and a different buck hiding in the brush behind this buck. 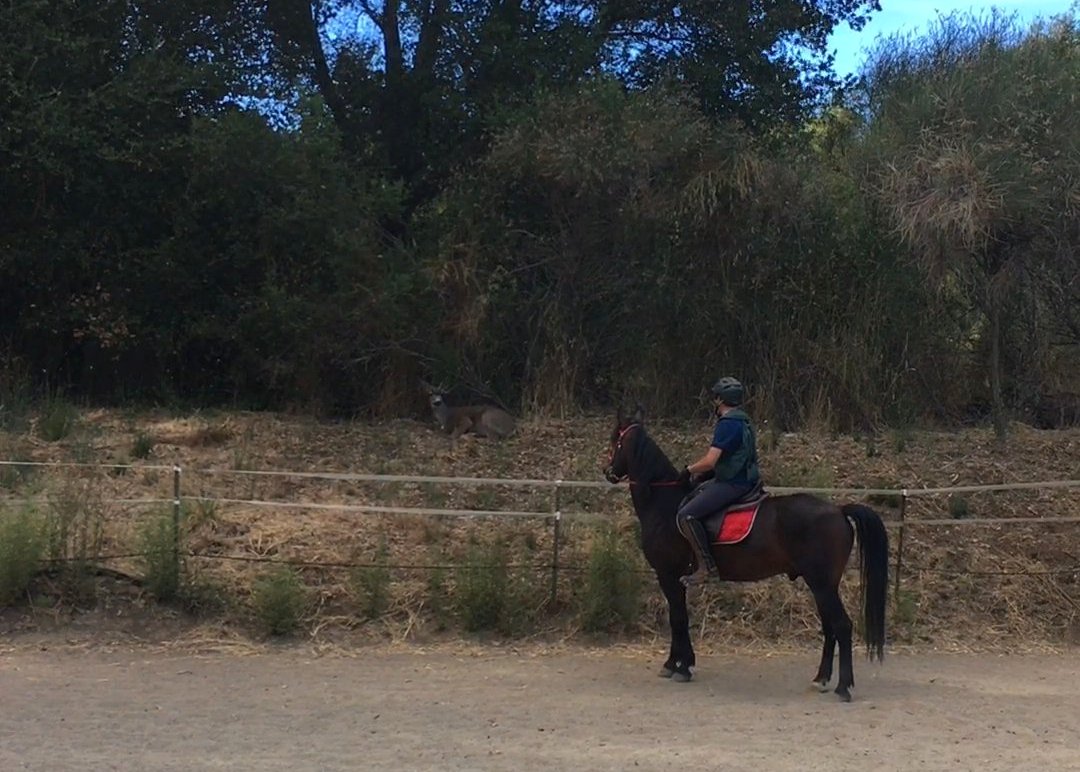 At one point, the other buck panicked and rad across the arena to escape. Then a doe tried to follow him, got scared and ran back into the brush. Thankfully, our horses are pretty used to crazy deer in the arena. 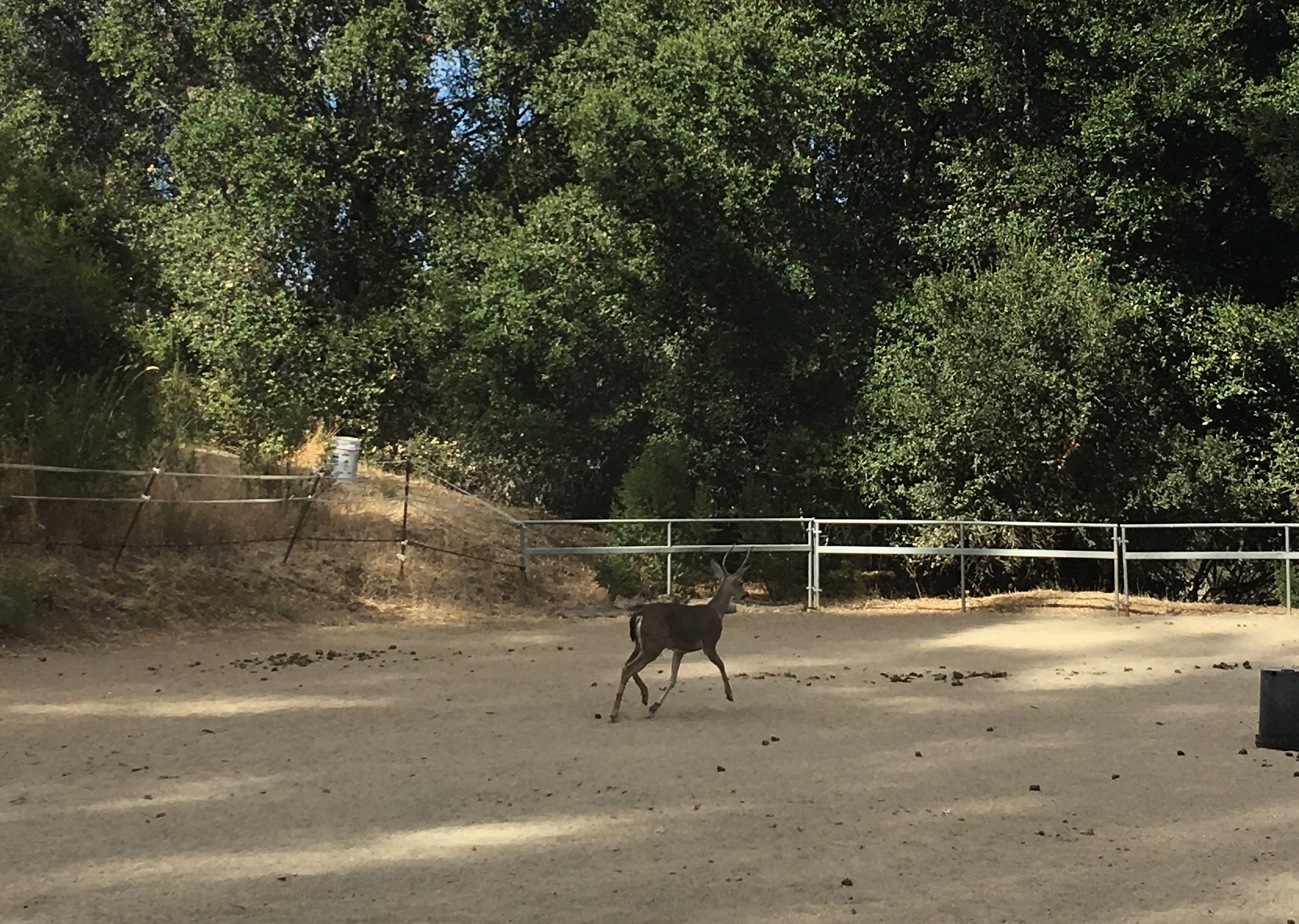 On Monday, we trailered over to Rancho for a short trailer ride. Nilla’s hocks haven’t been doing great (longer story coming about that), so we didn’t attempt anything strenuous. We mostly just walked and did about 7 miles. We stopped at the viewpoint, but it was a pretty hazy day so we couldn’t see very far. 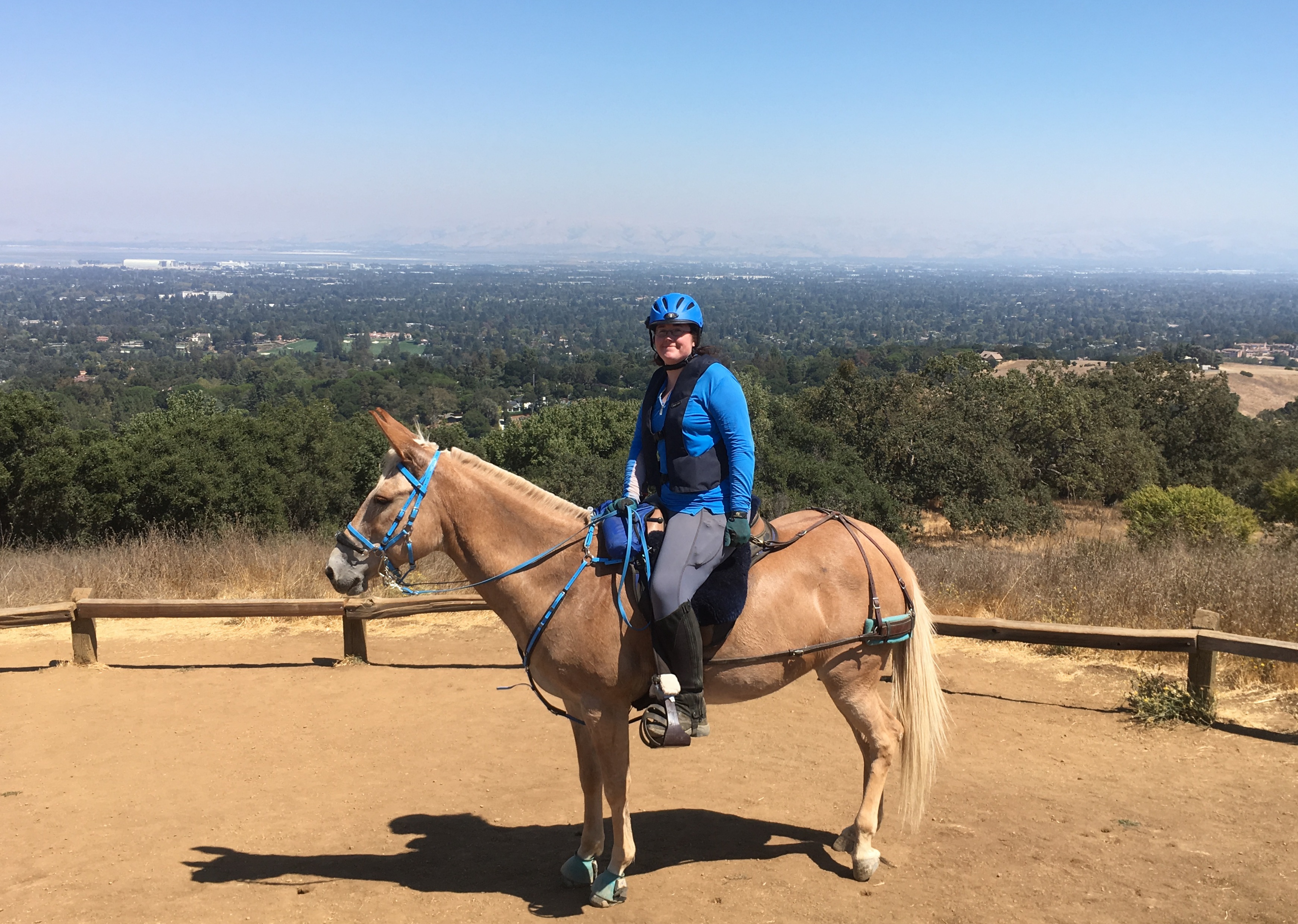 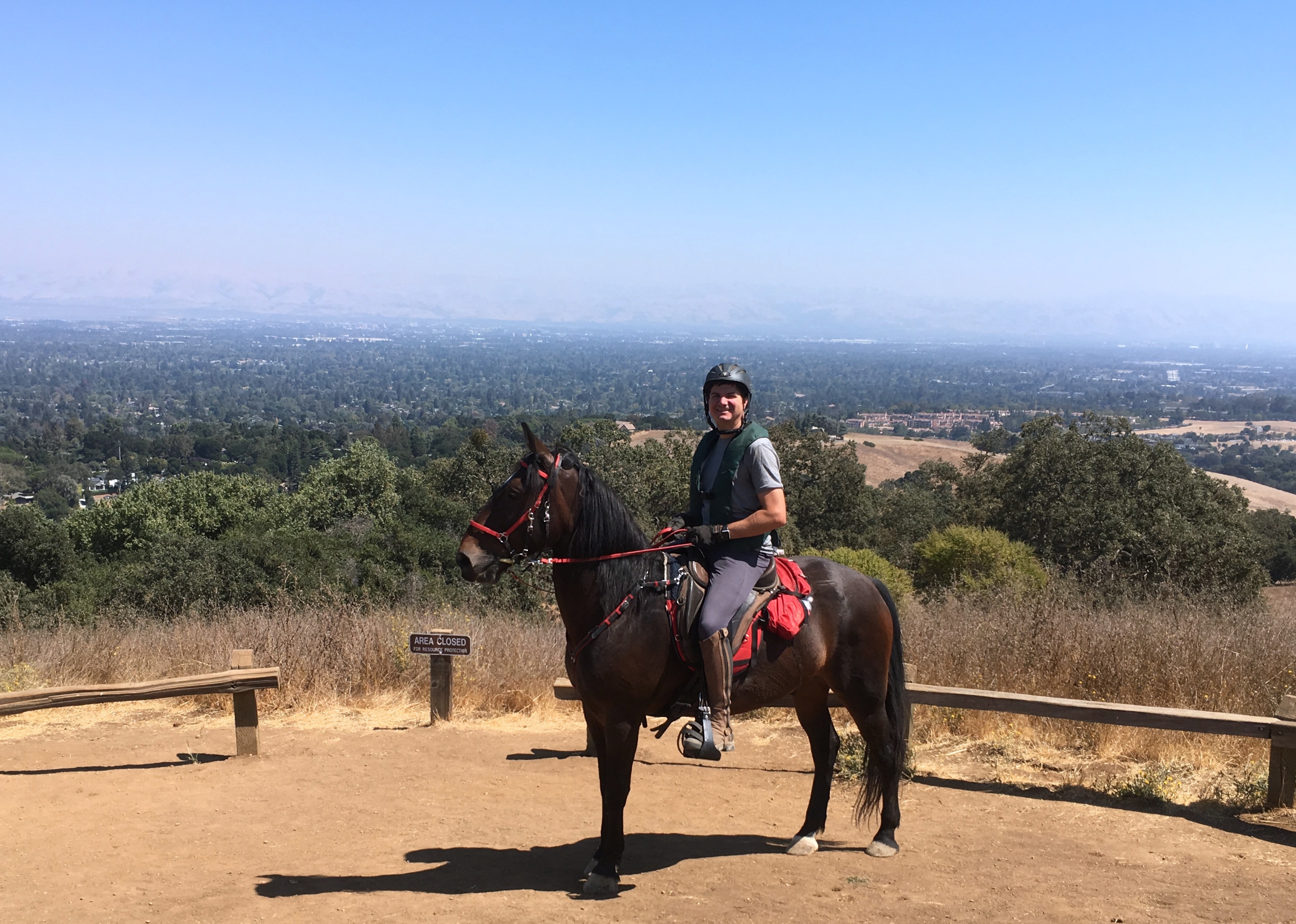 Since I took Friday off for my birthday and then took Tuesday off for the vet, it was actually a 5 day weekend for me. It’s actually the first weekend in months that both of us were actually home and not going camping or to a horse show. At first I was a little disappointed to not be doing something better with the long weekend, but it was good to actually get a lot of stuff done.

Did anyone else do anything fun this weekend?