After our ride to Alice’s we were back on the road again the next day to go to the beach. We normally don’t go to the beach during the summer because of the crazy traffic. The roads to the beach will back up for hours on a summer weekend. On Sunday, we left early to beat the traffic and got to the beach before the morning fog burnt off. 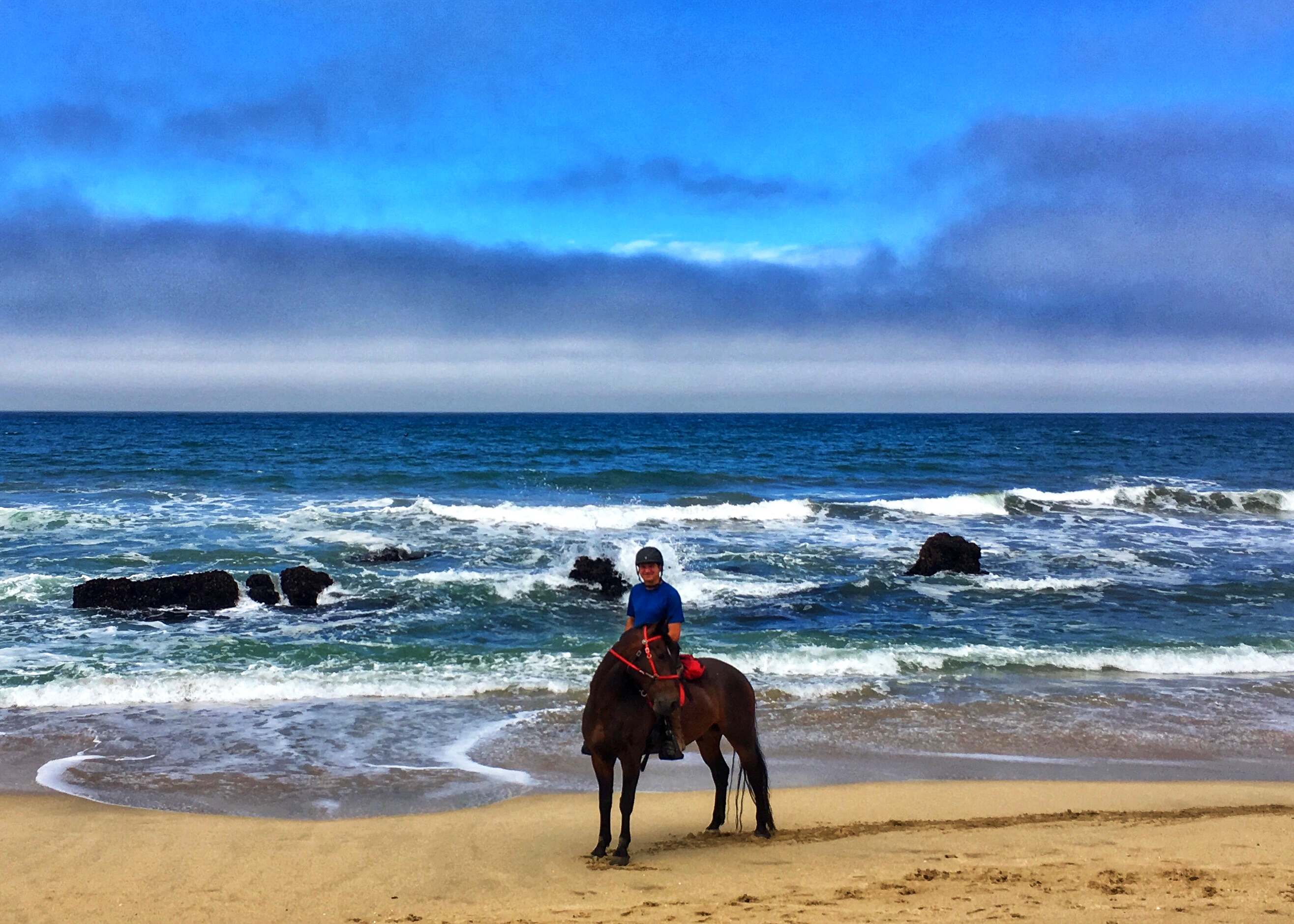 It was gray and actually chilly when we first got there. As we rode along, the clouds drifted off slowly revealing the blue skies.

We rode all the way down the beach this time to the Ritz-Carlton. Friends of ours got married there a few years ago, so we had to grab a quick shot together in front if it. 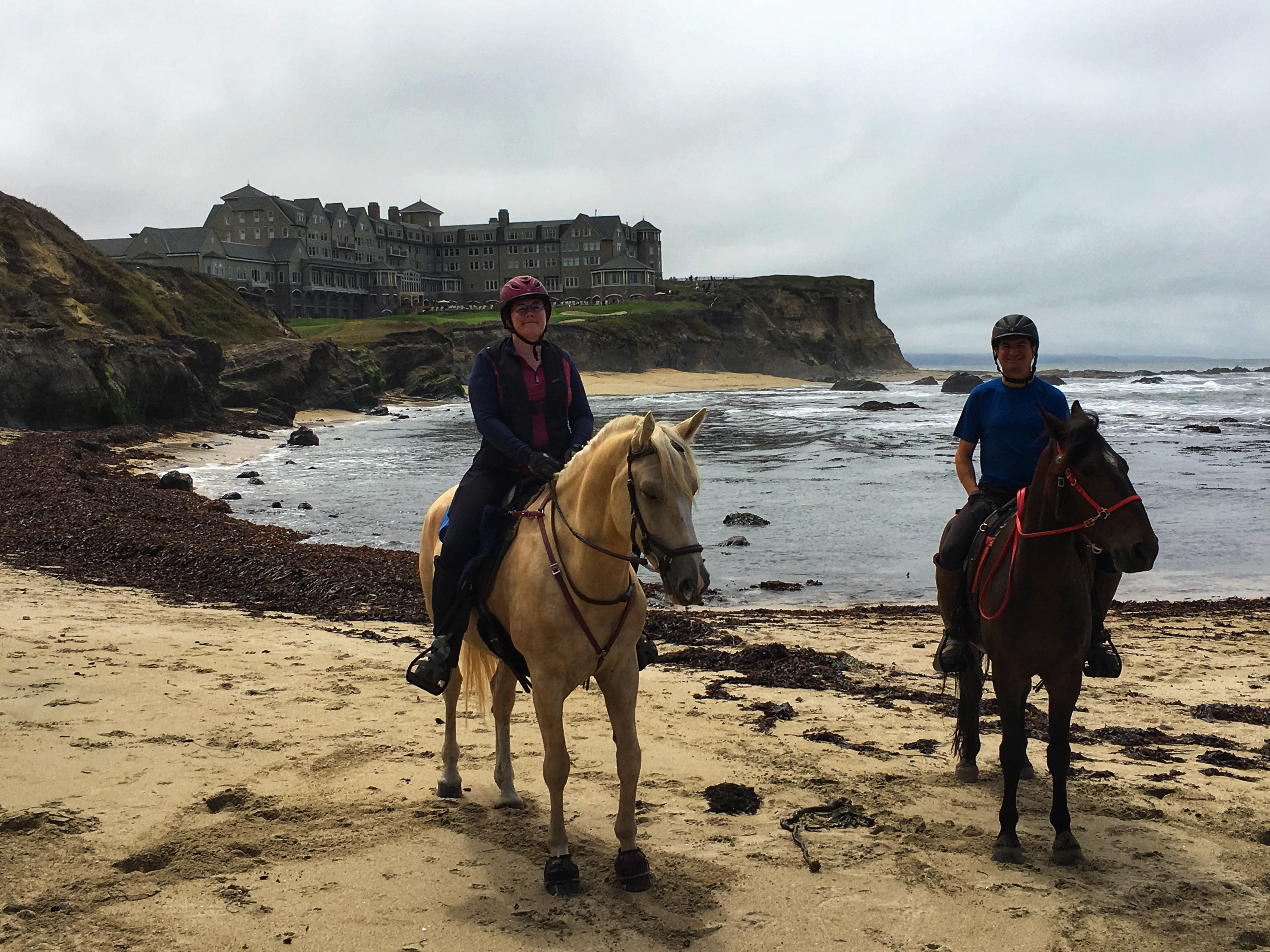 There was a little tide pool at this end of the beach, which was really cool to explore. Levi is terrified of the ocean, but I was able to convince him to go into the tide pool since it wasn’t moving.

Once he was in and figured out the water would not in fact kill him, he was down to play. 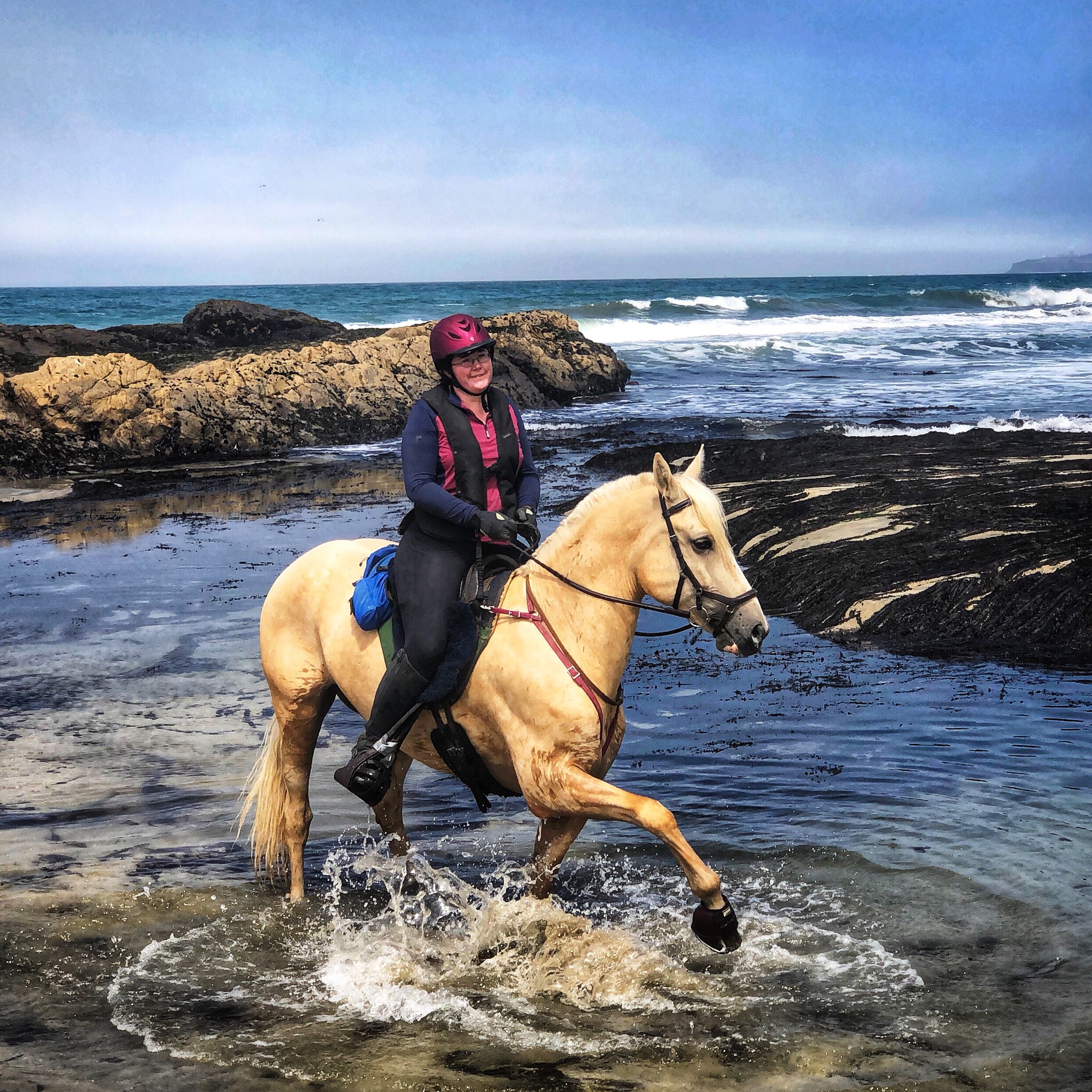 Our barn mate joined us at the beach again. Devro was even more scared of the ocean than Levi – I eventually got Levi near the surf and Devro was not interested in that death trap – but he was also happy to splash happily in the tide pool. 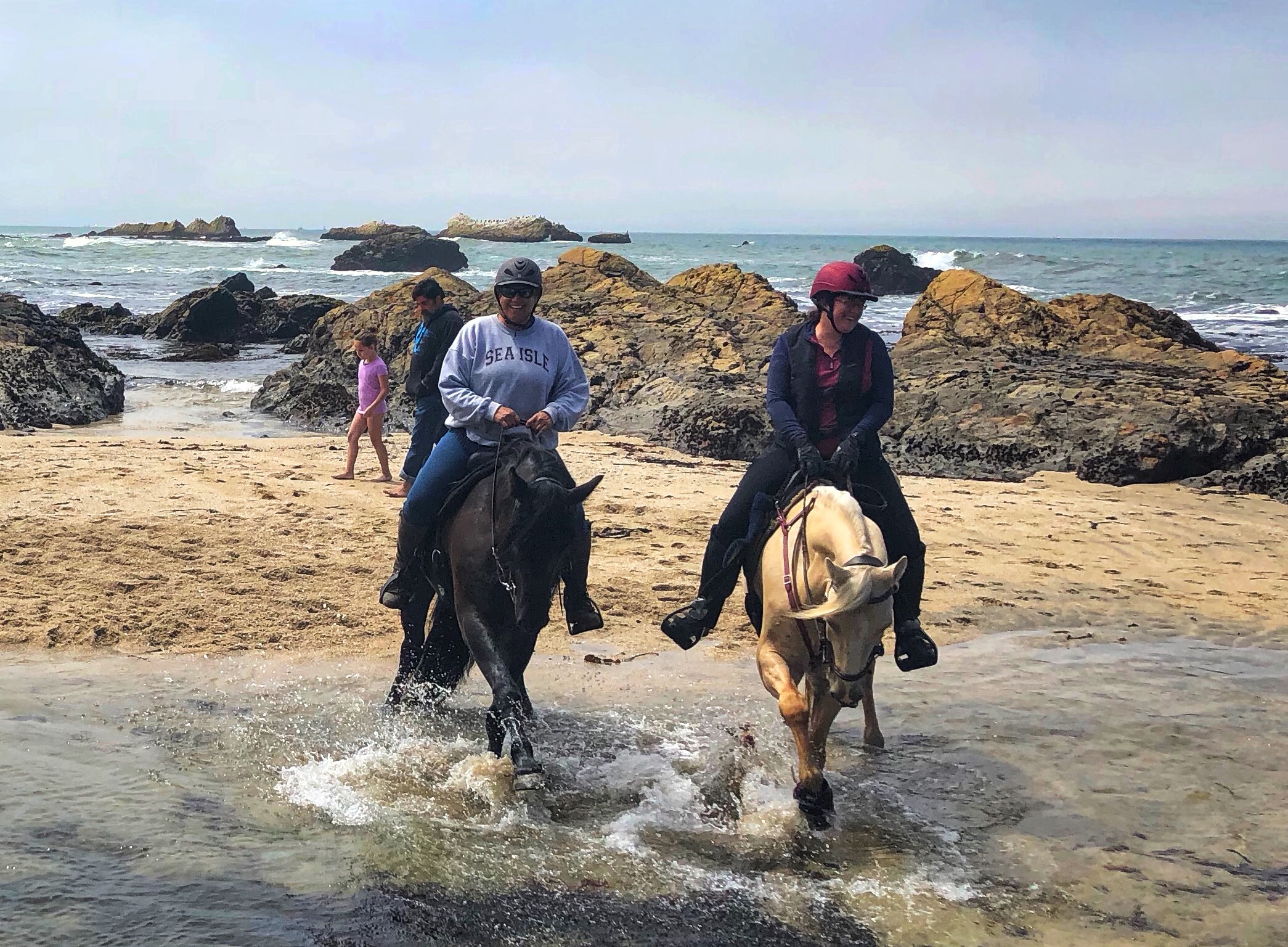 Eugene loves the water – in fact keeping him from constantly trying to drink the water was our biggest issue – so he was all over the tide pool and climbing up the sand banks, exploring. 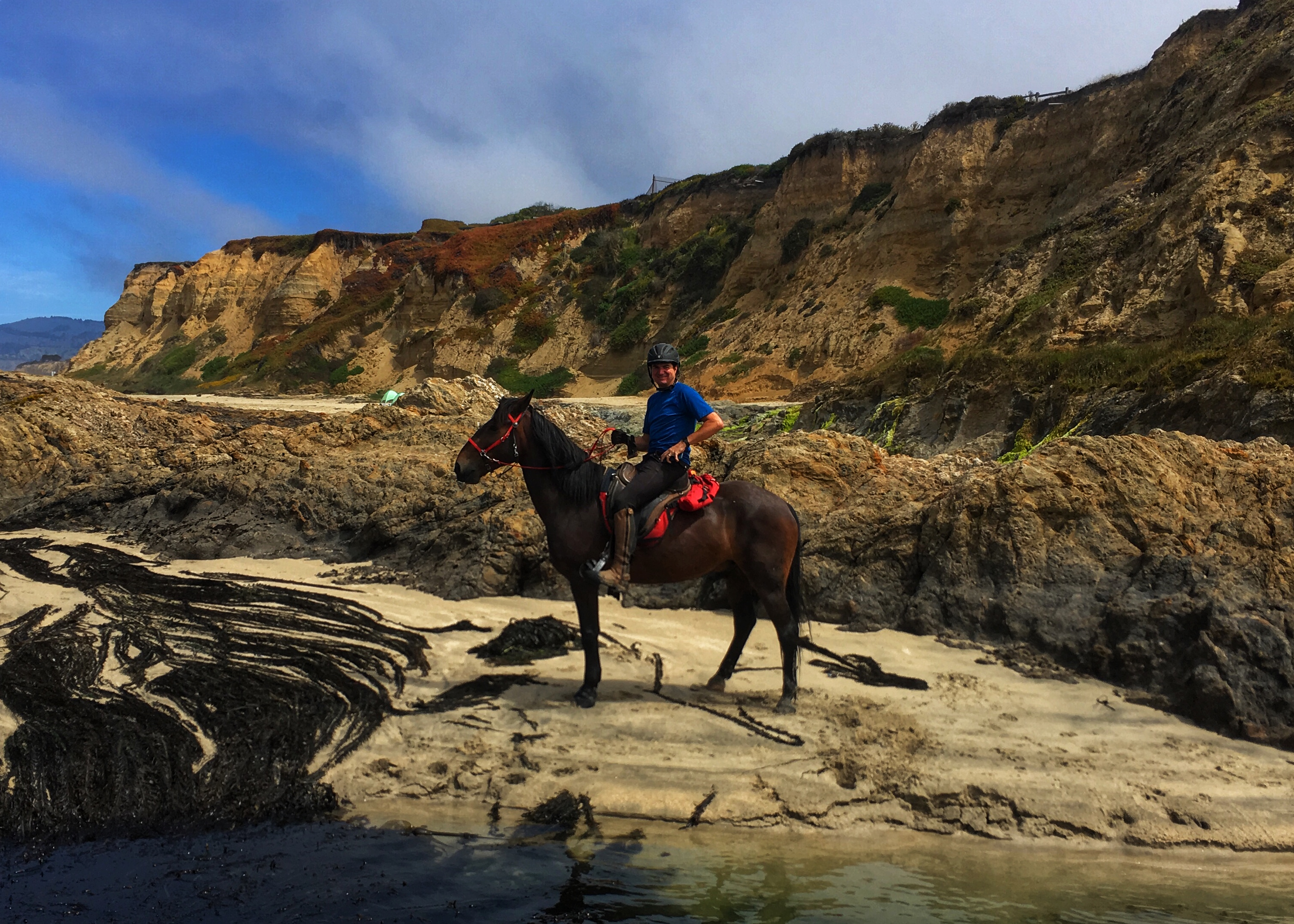 Once we were done playing in the tide pool, we turned back. We took advantage of having someone with us to get a video of us riding together.

Levi was still convinced the surf was death and threw some temper tantrums, but we finally got a bit of a nice run along the beach.

I had spotted this log on the way out and on the way bak we couldn’t resist jumping it. 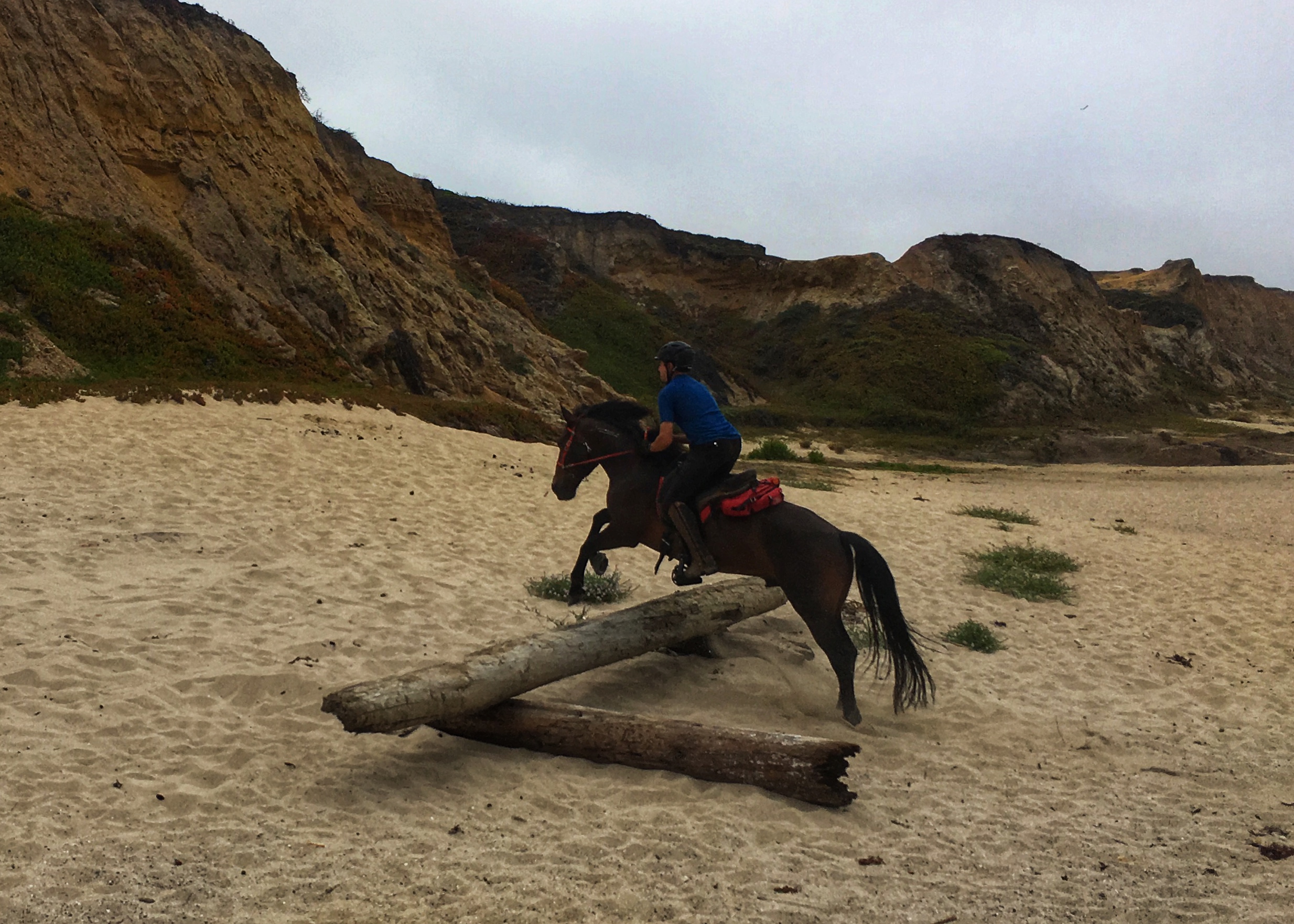 Jumping in a treeless trail saddle is really difficult though. I tried it and when Levi jumped, I basically slipped back 6 inches. It’s not even like I don’t know this from previous experience, but I always forget and think, it’s just a little jump, we’ll be fine. 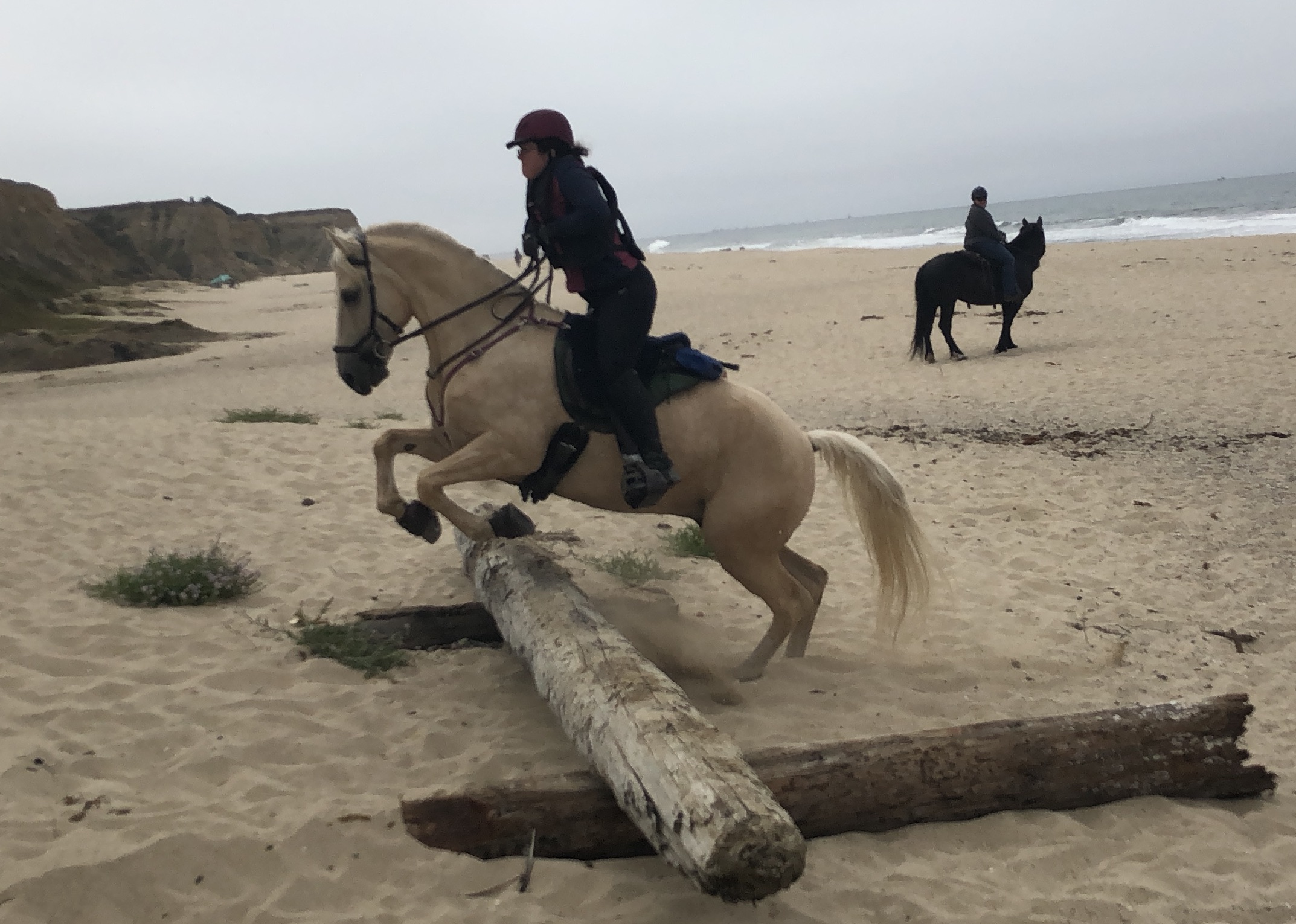 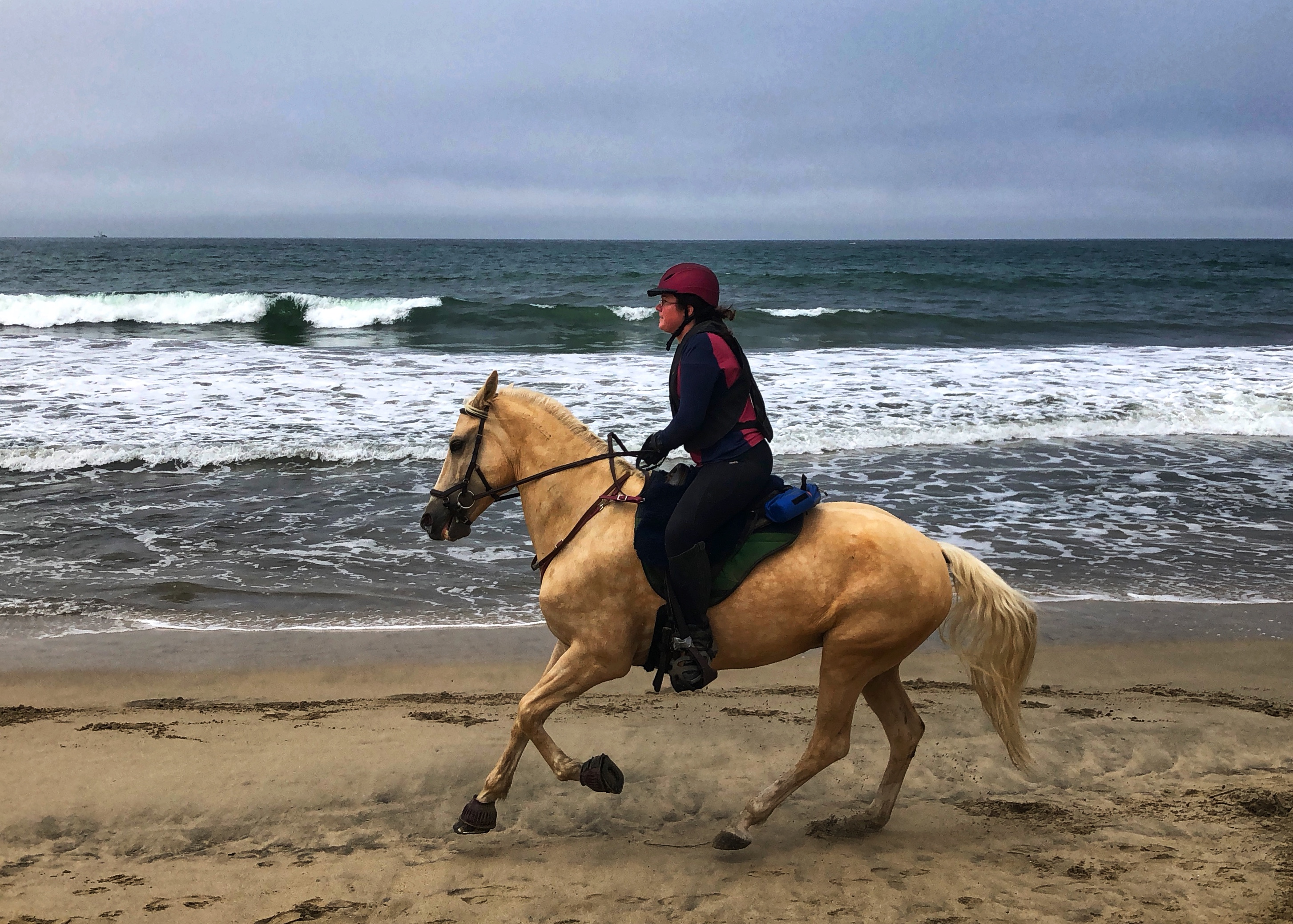 By the time we got back to the trailer, the sun had come out and it was getting hot. The crowds were also piling in. 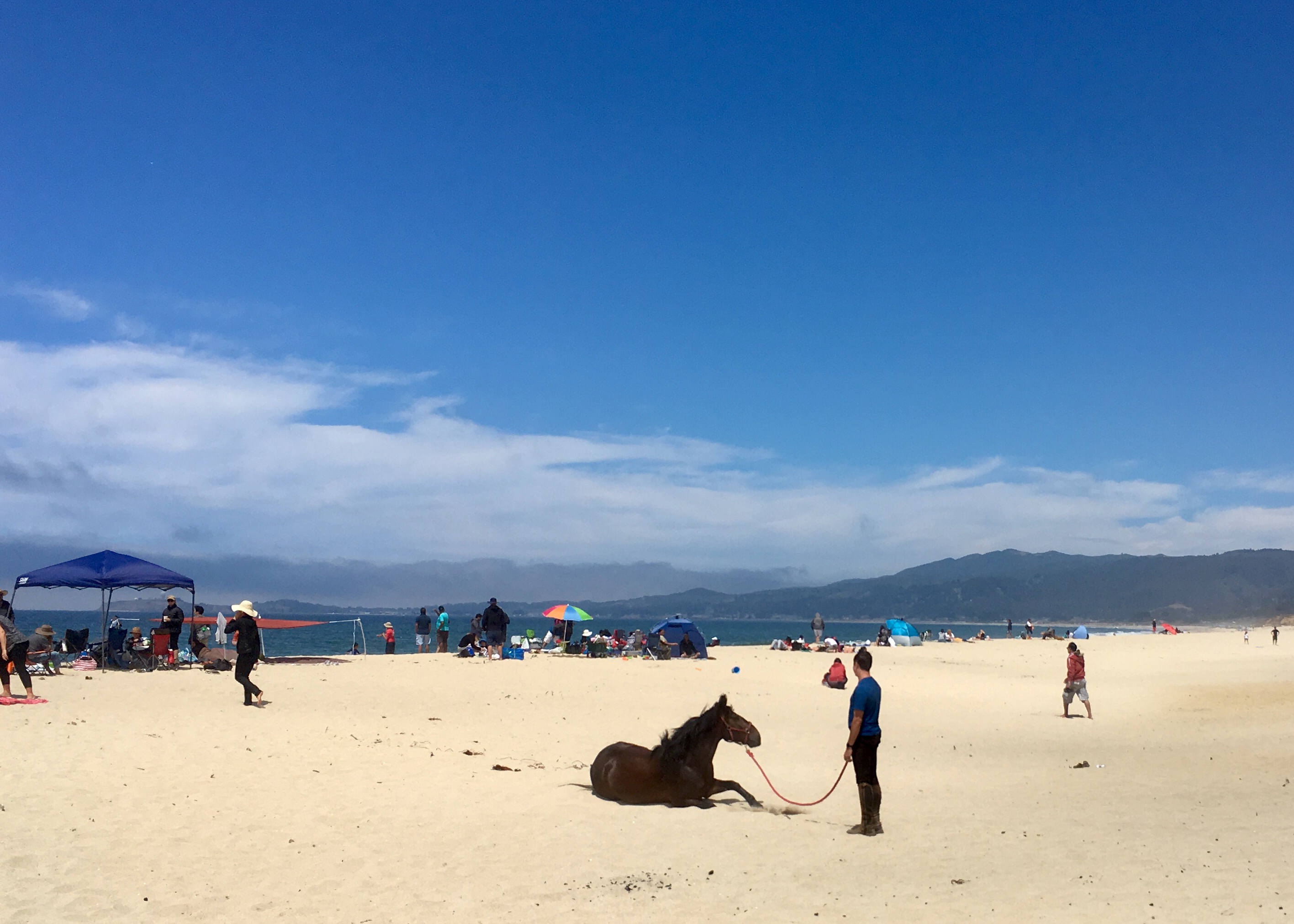 We untacked and took the ponies down for a roll in the sand. Rolling is the best part of a beach trip for the horses. Heck, one of those horses with us decided to go for a roll half way through the ride with her tack – and rider – still on her. 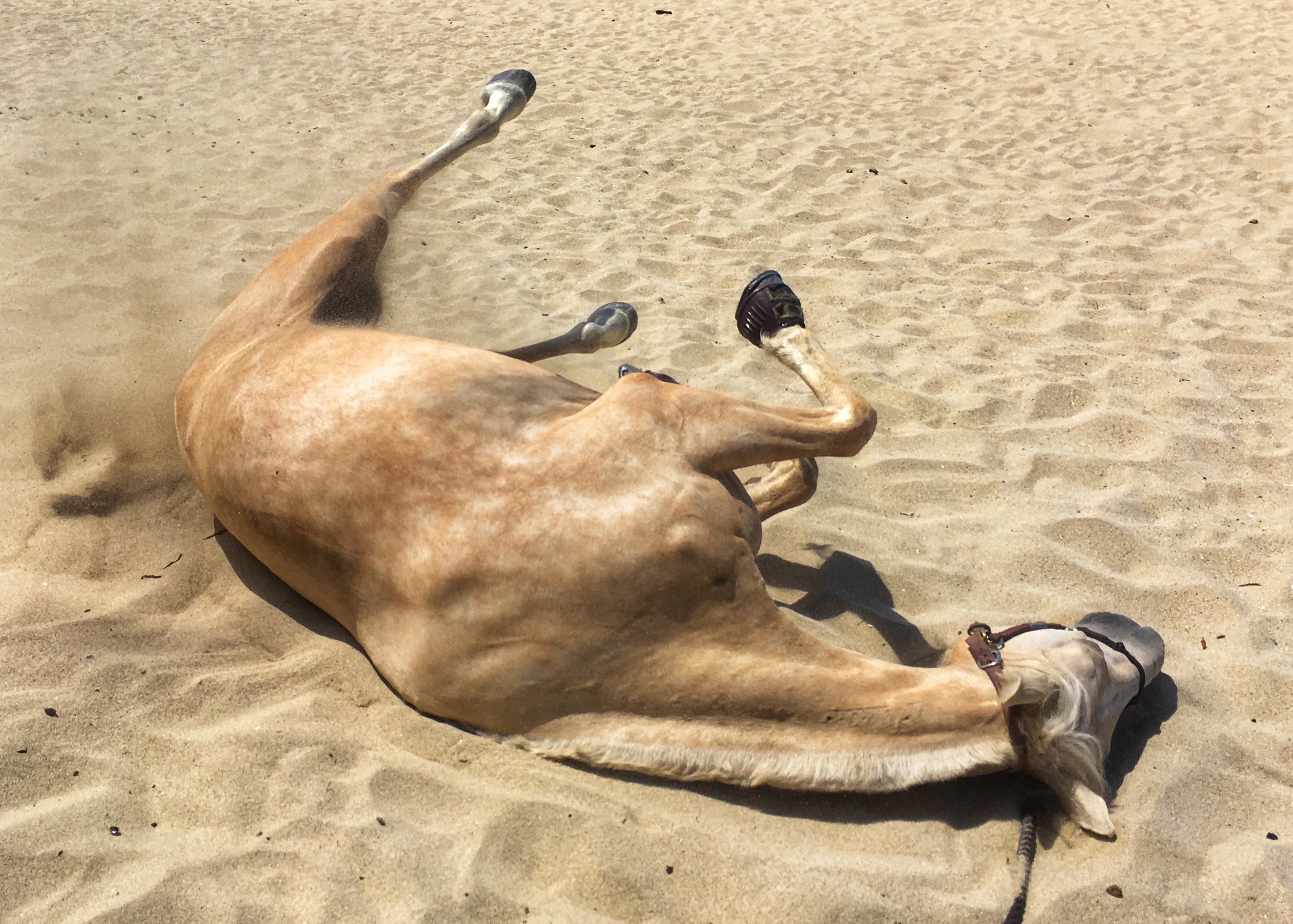