About a month ago, I managed to break my treeless saddle that I use for trail riding and endurance. The saddle is cheap in terms of how much I spent on it and also in terms of its ability to function as a saddle. It’s basically a bareback pad with stirrups. I have a bad ankle (and back and knee and elbow and countless other issues, but whose counting) that this saddle does not help with. I’ve yet to ride in a saddle that does help with my ankle and I need to do that whole MRI thing my doctor wanted, and yada yada yada, but I think this saddle’s lack of structure isn’t helping. 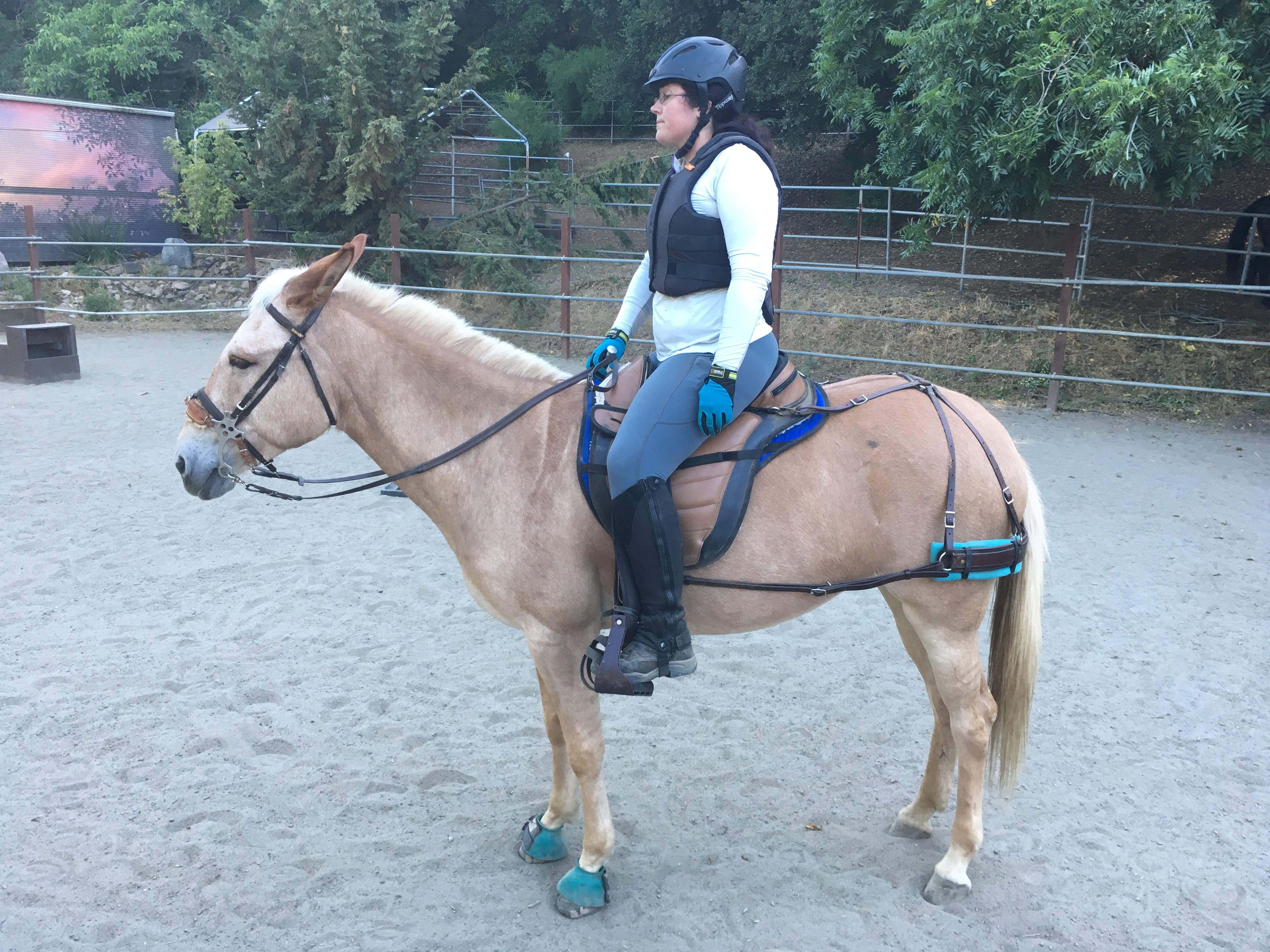 Given the issues, I had already been looking for a new endurance saddle before mine broke. I took back tracings and pictures and spoke with reps for a few different companies. The general consensus was that Nilla’s back is going to be a pain to fit. Even a treeless vendor thought it would be possible, but would need a lot of modifications.

Discouraged, I started looking for another version of my saddle. As much as it doesn’t help with my ankle, I don’t know that a different type of saddle would. And my saddle works very well for Nilla. She gets all As from the vets at rides and I’ve never had issues with her. It’s also really comfortable to sit in.

So I started down the rabbit hole of trying to figure out what my saddle is. When I bought it, I got it from some lady on Craigslist. She said it had been her daughter’s, but given that she was selling it out of her warehouse that I think she might also have been living in, I would not be shocked to learn it was stolen. I was told it was from Britain and it was a Torsion, but it doesn’t really look like one. 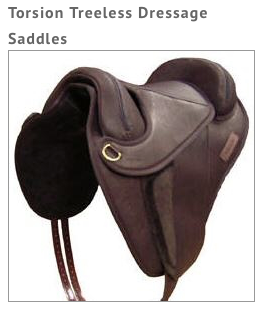 I finally decided to get a Black Forest treeless saddle. They’re not identical to my current saddle, but similar enough. 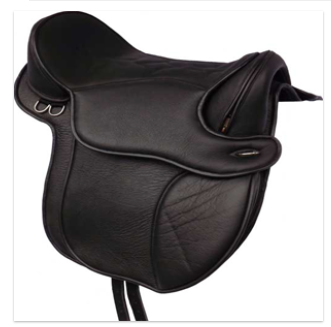 Unfortunately, the saddle ended up being too big and I didn’t really love it. I forgot to take a picture of it, but the stirrup attachment is pretty big. It’s a cool design with three different spots you can attach to, but all of that extra leather ends up under your thigh/crotch. I found that to be less comfortable although not impossible to ride in. It concerned me enough that I didn’t really want to try the next size down. 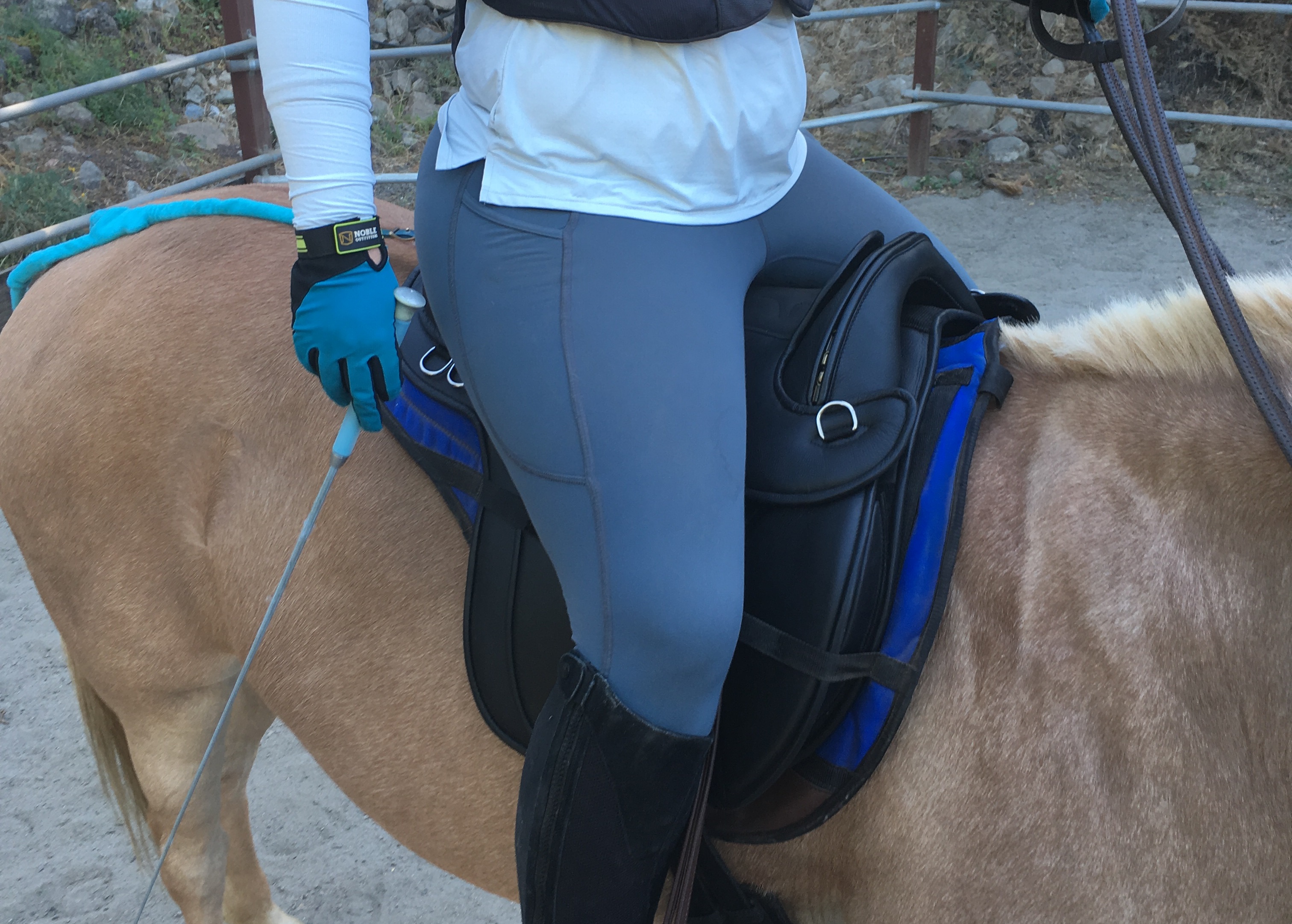 I’ve tried my husband’s saddle before and haven’t really liked it, but couldn’t remember if I’d ever tried it on Nilla or just on Shasta and Dijon. So my husband hopped off and I tried his. Nilla hated it.  I did feel more balanced in it than when I’d tried it on Shasta and thought I was going to fall off and we determined it was too small for me and a larger one might feel even better.I tried swapping out to my saddle pad as his was custom made to fit Shasta. Nilla still hated it.

I’m still holding out that the Freeform might work for us with the correct size and her full breeching. I didn’t put the breeching on and the saddle was slipping forward. However, she was less annoyed with my usual saddle even without the breeching.

I went home and scoured the internet and eBay again that night and lo and behold, there was my saddle. 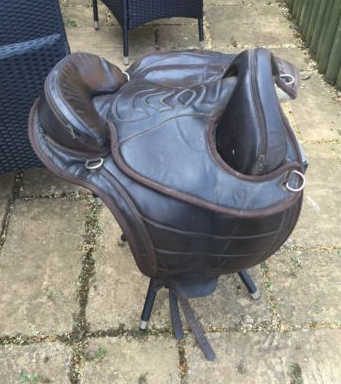 A much more beat up leather version of my saddle

Apparently it’s a FitForm saddle. With that, I started looking online an found out that they’re out of production and have been for years. So I can’t buy a new one. But I could buy this one from the British eBay for less than $200 including shipping. I’m truly sorry about BREXIT and think it’s disastrous for the UK, but the dramatic crash in price on the pound totally worked to my advantage.

On top of that, I also got my saddle fitter to fix my old saddle. We drove down to Santa Cruz and he sewed it back together for me. For free. He’s a really nice guy. If you’re in the bay area and need a saddler, I highly recommend Gravity Saddlery in Santa Cruz. As an added bonus, his shop is blocks from the beach so we took the dogs over to enjoy some beach time while he was fixing the saddle. 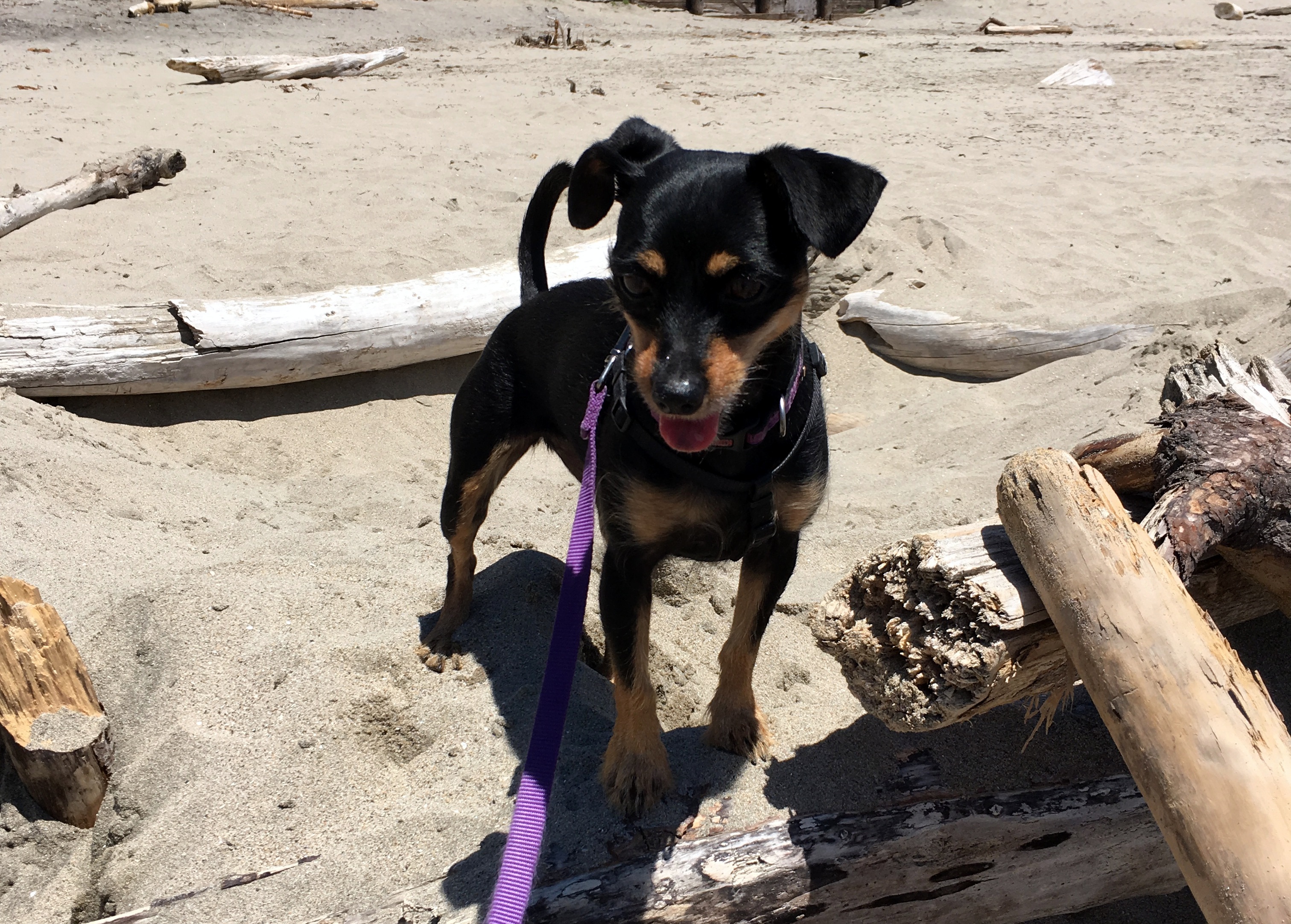 Unfortunately, he said the billets (one of which is breaking) would not be an easy fix. And possibly are not fixable at all given the way the sale is constructed. He advised me to tape and burn (it’s nylon) the one billet to keep it from breaking. And now I’ll have a back up saddle from England when this one breaks again.

I still nee a new dressage saddle so my saddle shopping days are not done, but at least this is done for now.