We were going to go to a poker ride on Saturday, but the temperature was set to be 95+ and the ride was in the hot, sunny hills of Morgan Hill so we decided to go on our own ride at Wunderlich. Given that we were boiling hot even in the shade of the redwoods at Wunderlich, I think it was the right choice. It also let us sleep in a little bit more, so double win. I would really like to do a poker ride some day, though.

How hot was it? So hot that the ponies were literally drenched in sweat. Nilla was sweating so much she looked like she was a sad panda with dark sweat spots on her eyes. 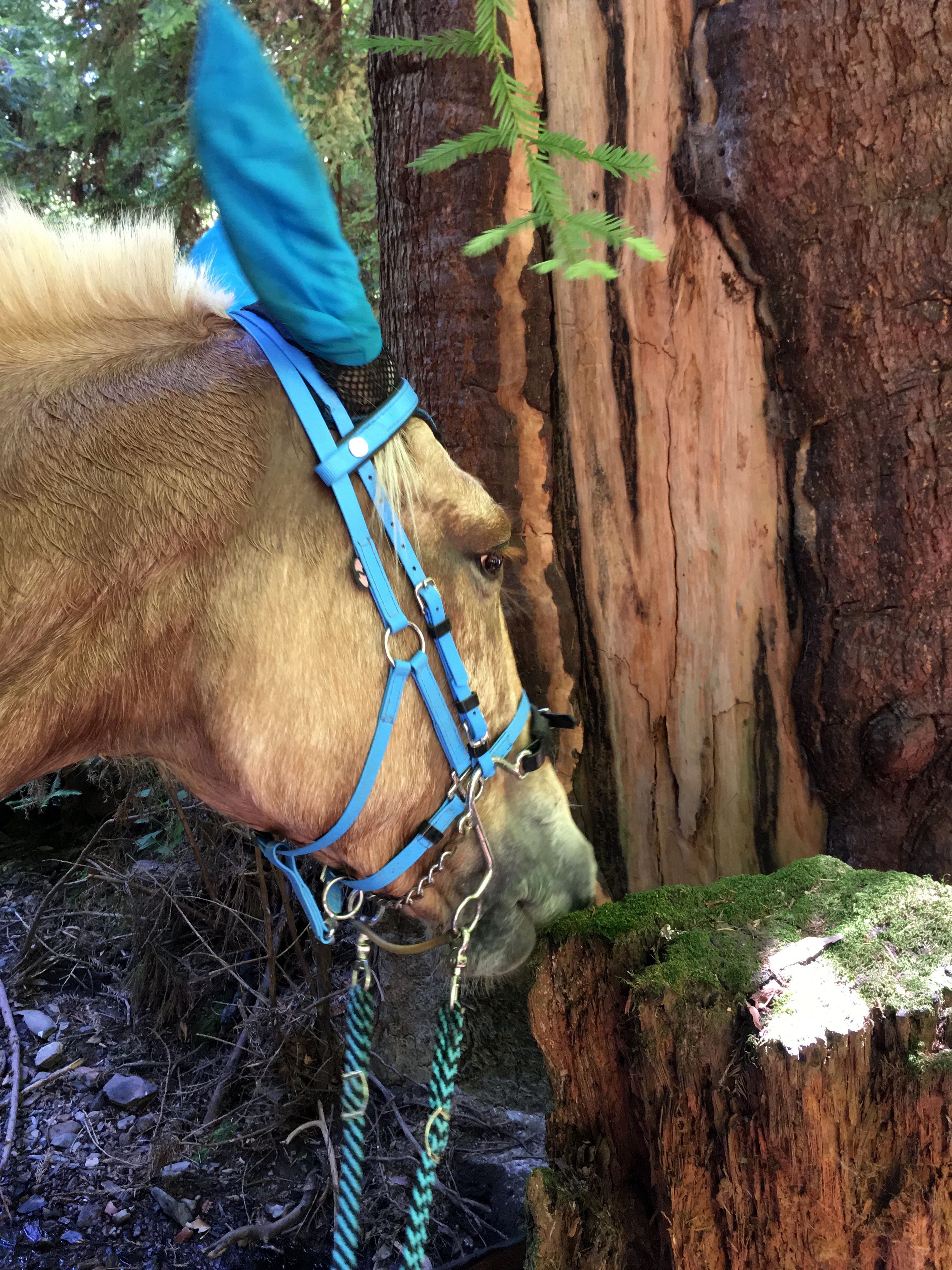 This picture is from when we stopped at a little run-off creek to let them drink and Nilla thought eating moss of a stump was better than drinking. But it illustrates the intense amount of sweating going on.

We started off doing some trotting and trying to make endurance speeds, but then we figured the horses might die, so we nixed that and walked for most of the ride. You can see from our speed chart when we gave up maintaining speed around 3 miles in.

I love riding at this park though. I really love the big redwood trees. It also helps that most of the trails are nice and wide and well graded. But the trees are the best. 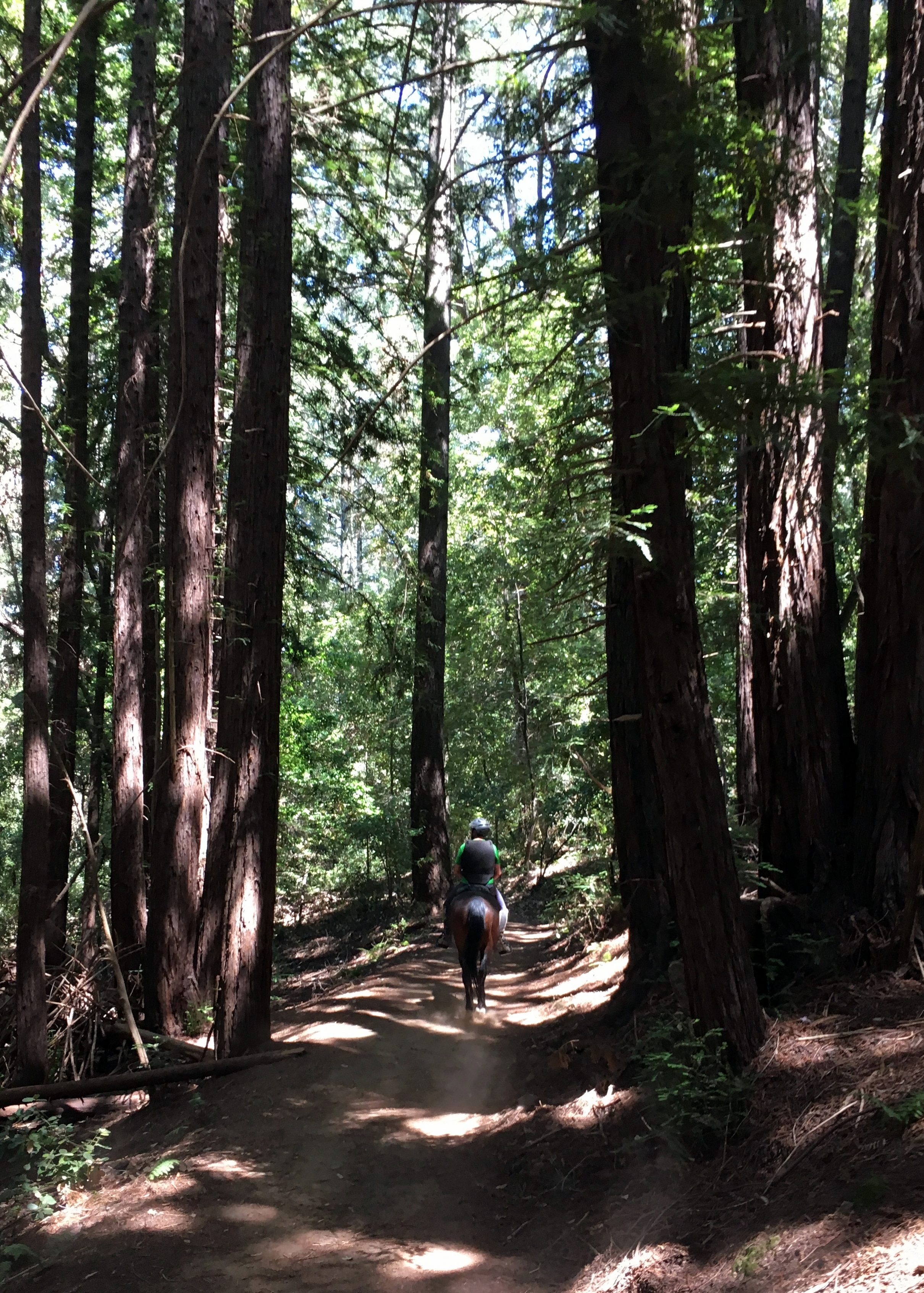 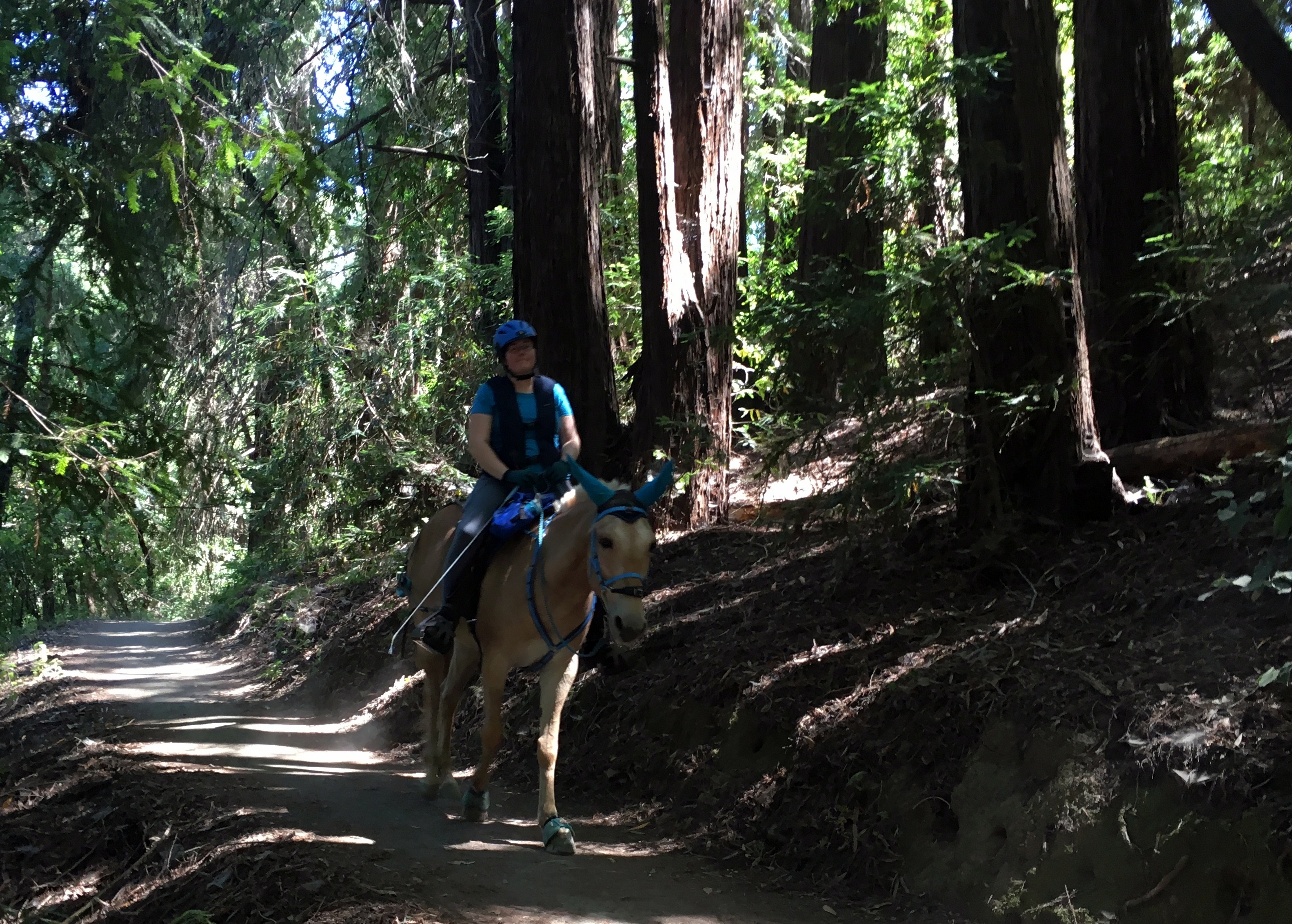 In addition to riding through the trees, there are also pretty meadows and views to be had. 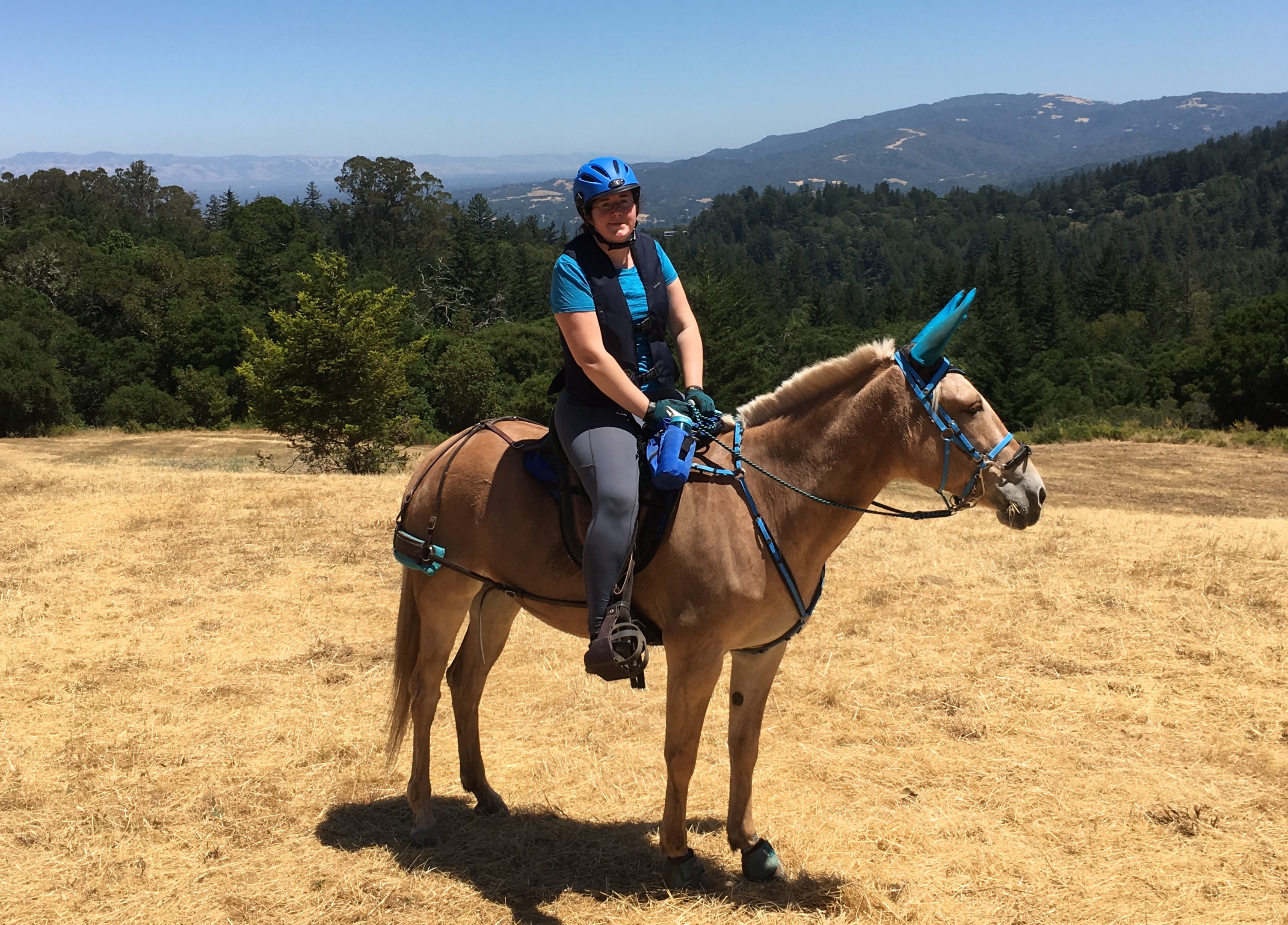 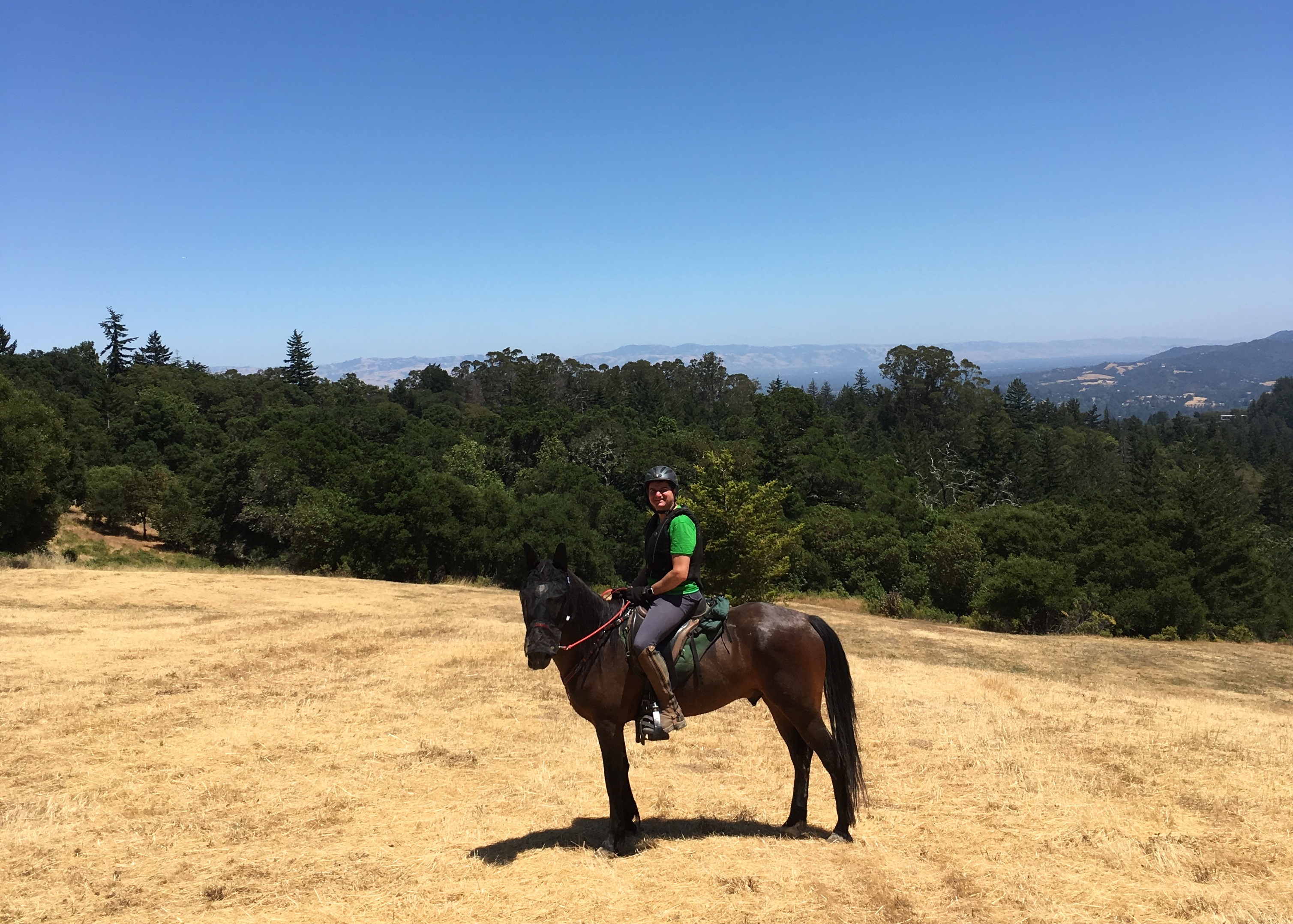 On our way back, we took a detour down a trail we hadn’t done before and went to Salamander Flat. It’s a giant pool filled with algae that is home to – despite what the name might lead you to believe – newts and not salamanders. 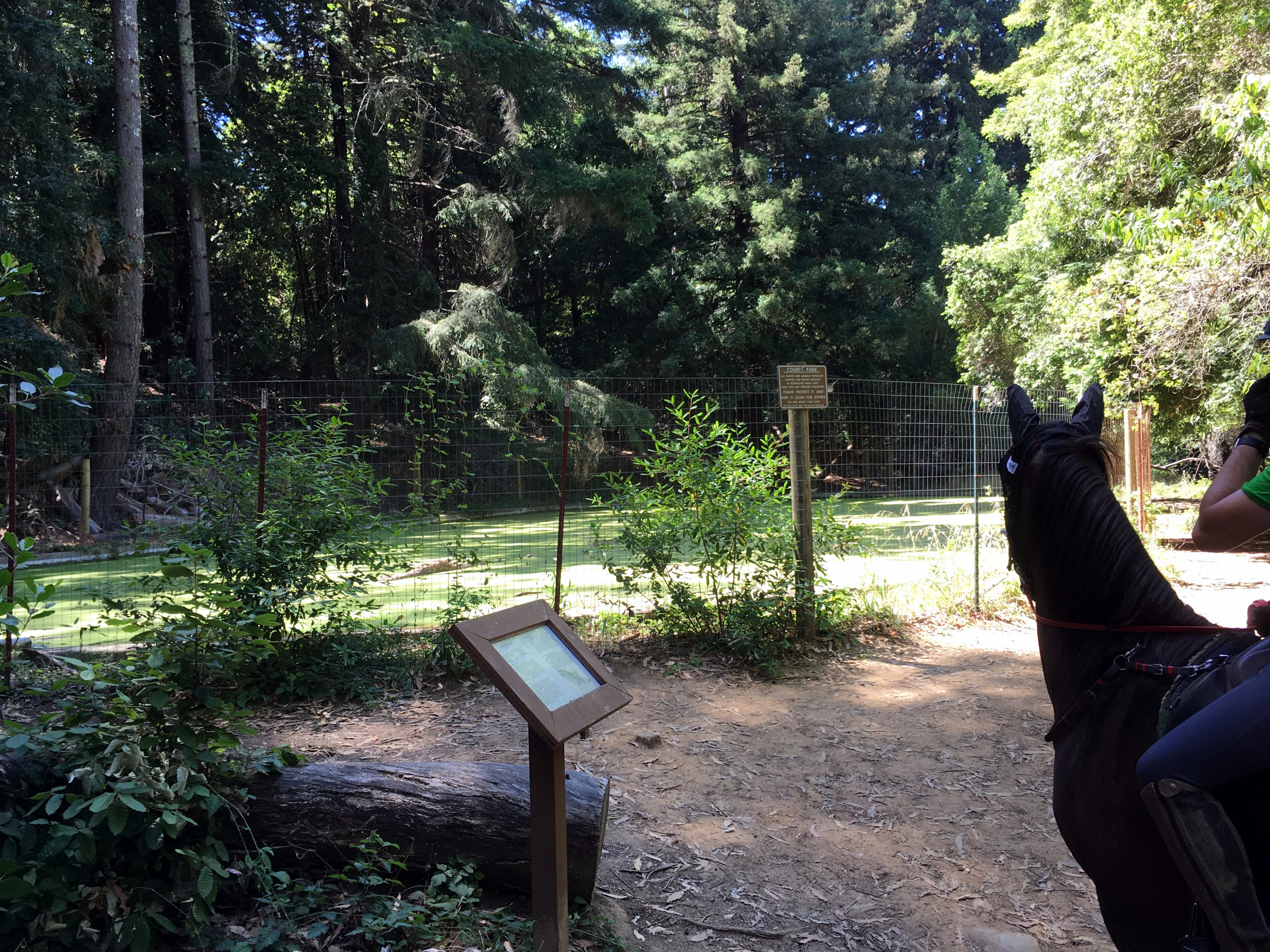 It was a fairly short ride at a little over 10 miles, but it was good to get them out and burning off some of the excess energy they both have right now. As we were coming back to the parking lot, we passed a woman who I actually met when I was here last August doing a solo ride. I’ve also seen her at the Quicksilver ride and we’ll probably cross paths at another endurance ride this year, but it was funny to run across her at Wunderlich again. 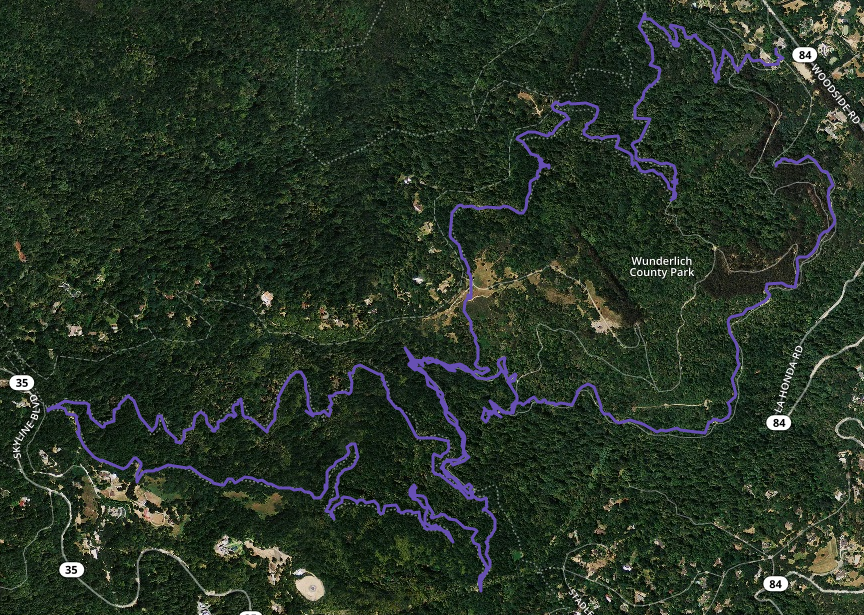 When we got back to the trailer, Nilla chugged a bucket of water, which made me feel better and Eugene drank from the trough they had. I tried to talk my husband into stopping by the Woodside Horse Park to bathe the horses since they were so sweaty, but he wasn’t down with that plan, so we just took them home to roll about 20 times in the arena.