I might complain – a lot – about living in California, but there are parts of it that I love. Like the part where it’s amazingly pretty. This weekend we returned to Grant Ranch for another round of horse camping.

We drove up Friday night and brought Dijon for his owner who was suppose to join us on Saturday. My friend came up to join us for Friday night so we did a short evening ride. I rode Dijon as he was on high alert with the new surroundings. Nilla was a good little beginner mule for my friend and Dijon was actually very good for me, he was just more anxious than I trusted a non rider to deal with. I have zero pictures from this ride, but here’s a blurry picture of the wild pigs we saw on Friday before our ride. 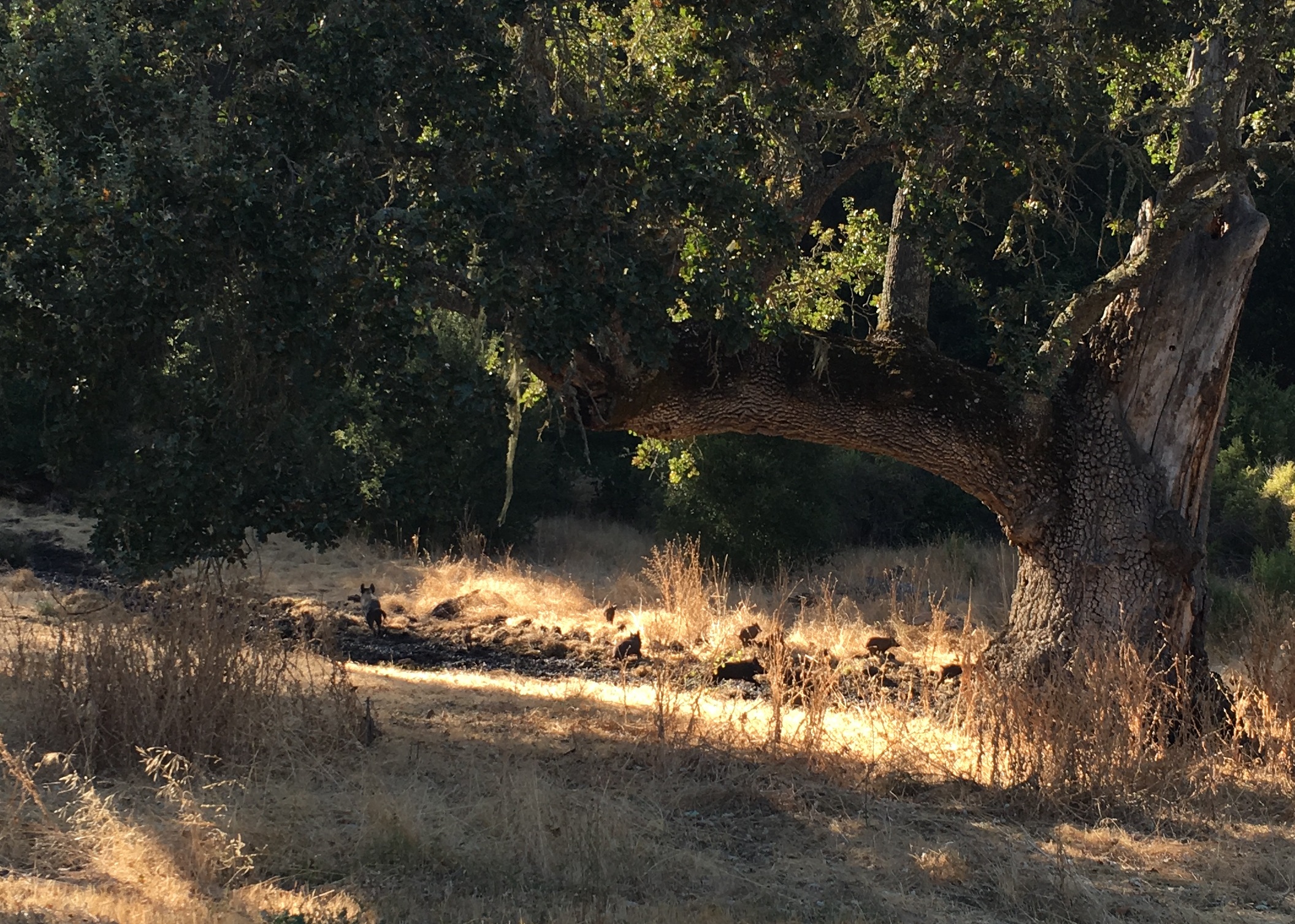 The weather in California has taken a dramatic turn. Last week were were roasting in the 100 degree heat and this weekend was spent wearing long underwear, having campfires for breakfast just to stay warm, and getting rained on (for like 2 minutes, but this is a big deal here). After dinner Friday, we had s’mores around the campfire and then crammed all three of us and the dogs into the truck to watch a movie on the iPad. My friend slept in our tent, but she said she was actually pretty warm with the two sleeping bags and a borrowed dog.

On Saturday we did a short hike with my friend and the dogs over to the lake. Then we tried rather unsuccessfully to get the dogs to pose for a picture. I actually own two dogs, but I pretty much only post pictures of one of them because the other one hates having her picture taken. Seriously. You point a camera at her and she immediately looks as downtrodden and abused as possible. Case in point:

Both of my dogs are rescues, but the little one was a puppy when we got her and Cora was 18 months and had clearly been abused. It took us years to get her to not flinch when we pet her, but photography is apparently still not her thing. This is the best we got: 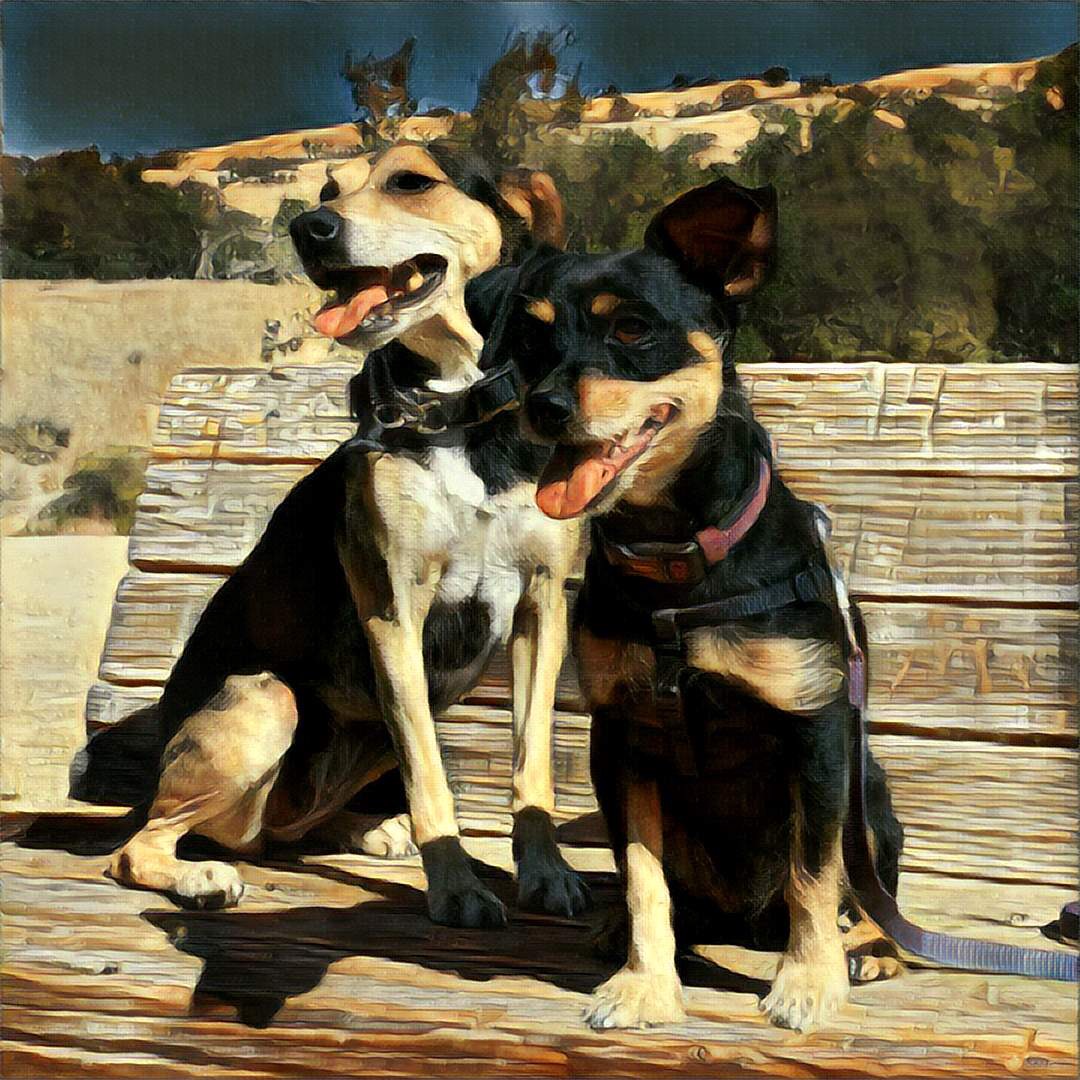 After our hike we hung around waiting for Dijon’s owner, but she still wasn’t there by 3 and we needed to get going if we were going to get back before dark (there’s no cell service in the park so we couldn’t check in with her). We rode up to Eagle Lake like we did last time we camped there in May. The views were beautiful, but very different. Fall in California is golden instead of green.

When we got back, my friend had gone home with our dogs (she had to work the next day and was borrowing one of our dogs for work). Dijon’s owner wasn’t there, but had stopped by to bring his bucket and grain. We later learned she was sick. Which is a double suck because she missed a fantastic weekend for camping on top of being sick.

We cooked dinner and huddled around the campfire waiting for it to get completely dark before we walked over to the non horse campground for a star party. This was really cool. The park has a hill top dedicated to skygazing. There was no moon Saturday night so some volunteers had telescopes set up and were pointing them at various features in the night sky. We got to see Saturn and the Andromeda Galaxy as well as a globular cluster that I forget the name of. I’ve never seen Saturn outside of pictures. It was super tiny in the telescope, but it was still really cool to see. 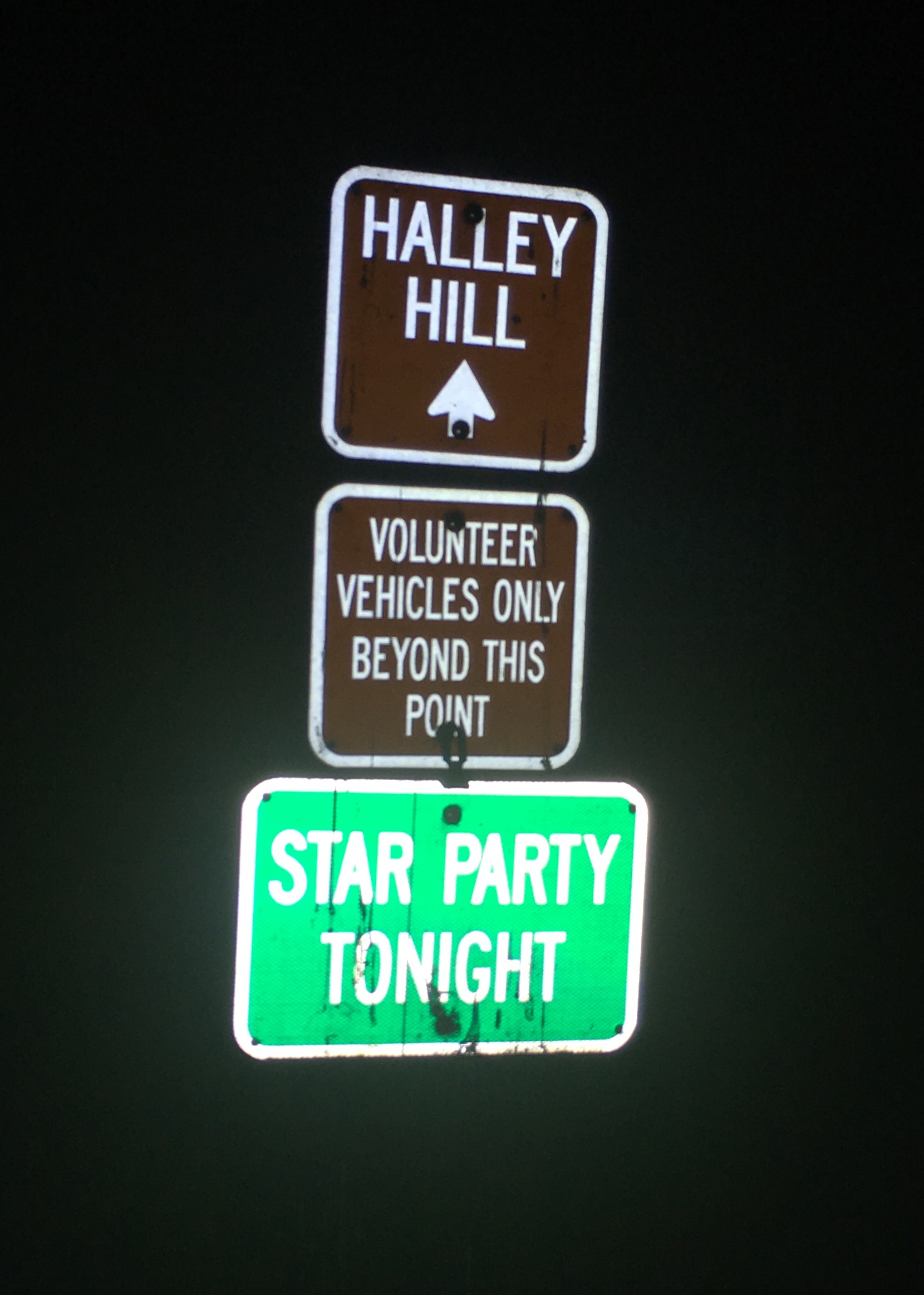 This is seriously one of the nicest campgrounds in the area. When we camped here last year, the rangers had a wildlife talk and we got to see bats taking off at sunset. The equestrian campground is large with easy parking, well-maintained corrals and even a pasture for turn-out. I cannot recommend this place enough.

After the star party, we huddled inside the truck to get warm and watched another movie on the iPad. Sunday dawned even colder with cloudy skies and a brisk breeze, but it did make for some gorgeous shots. And it was nice to do a ride without sweating.

We rode up to the burnt out cabin. It’s a nice ride although there’s a lot of elevation change. On the way down Nilla and I had to have a discussion about her complete inability to walk downhill at anything other than a glacial pace. She does this even when I’m leading her although I can usually get her to move a bit faster if I’m on foot. On Sunday she tried a few times to go full donkey and just plant her feet. We had a discussion about forward means forward, and after that she was marching downhill. At least so long as I was on foot. We’ll need to re-visit with me in the saddle, but I want to punch some more holes in the breeching first.

Outside of the mule attitude, it was a great ride. The views are just fantastic from up there. You can see the Mt Hamilton Observatory in one direction and sometimes see the San Francisco Bay poking through the hills in the other direction. But really, no matter where you look, it’s gorgeous.

We even got sprinkled on for a few minutes, but we were expecting that possibility and it was fine. We got back to the campground around 3, bathed the ponies (I brought the bathing supplies knowing I could use the park water to get this done), and then loaded up and headed down the hills to home.

27 thoughts on “The Golden Hills of California”