My husband did the 2’6″ Medal class as a warm up. It’s pretty cool that Eugene has gotten to the point where 2’6″ is a warm up. That doesn’t mean he’s mastered the art of jumping though. The first jump went well and then on the second jump he forgot how jumping worked and tried to trot pole it. 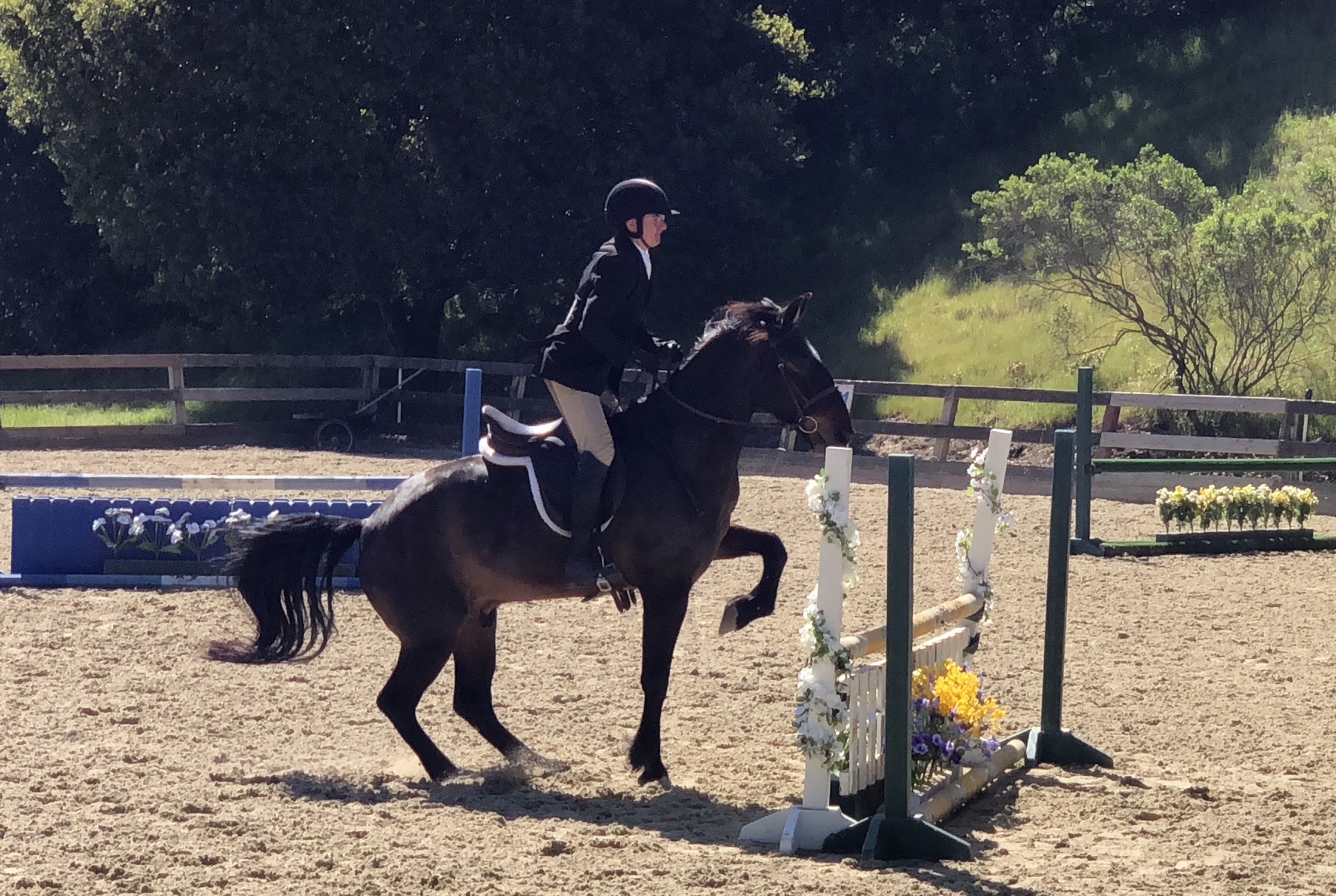 Six months ago, Eugene was struggling to get over jumps even when he had the right striding. Now he’s gotten to the point where he can make a weird decision like this and still clear the jump. 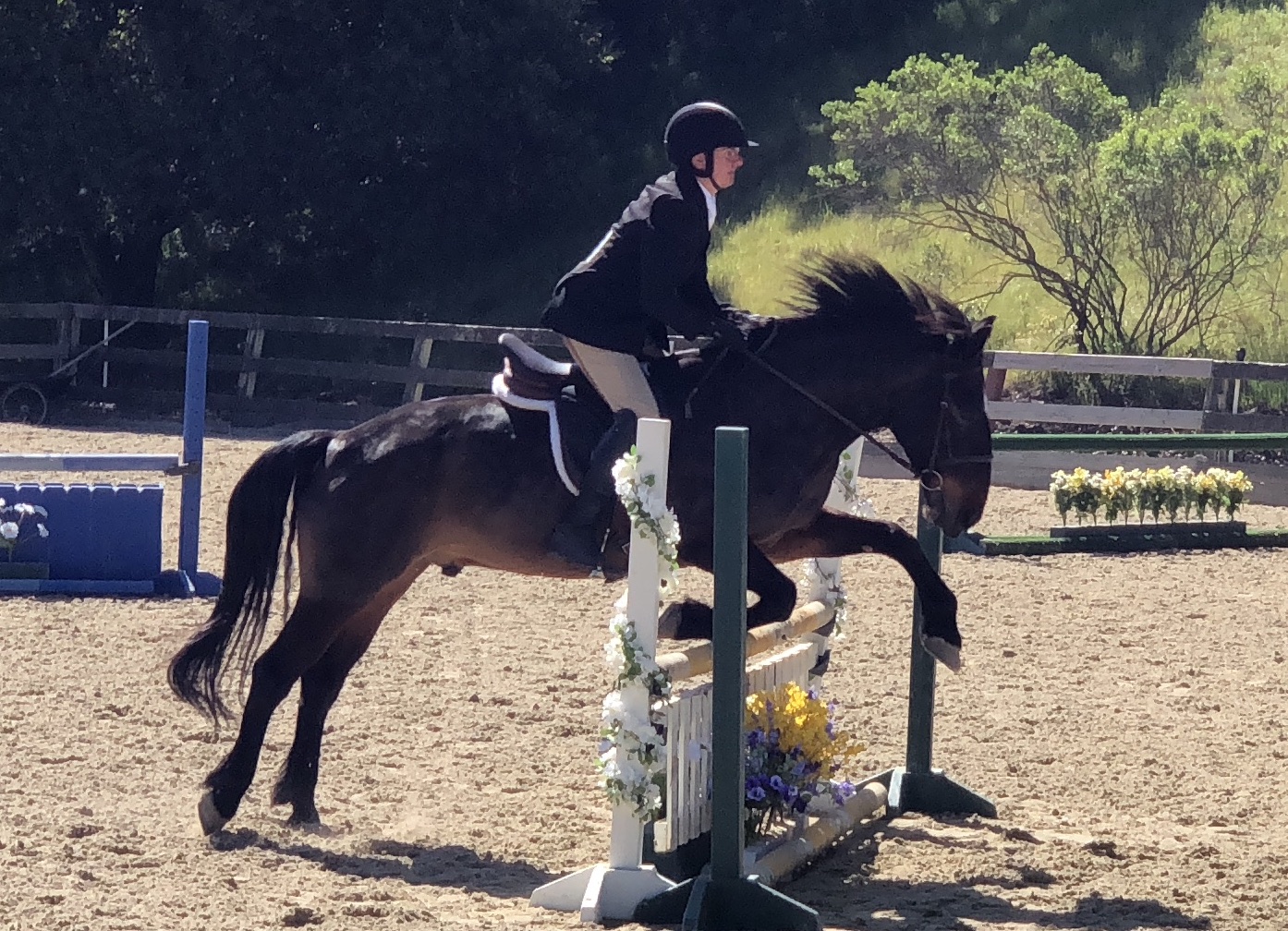 But it wasn’t all awkward. He’s really starting to pick up his knees and look like a proper jumper. 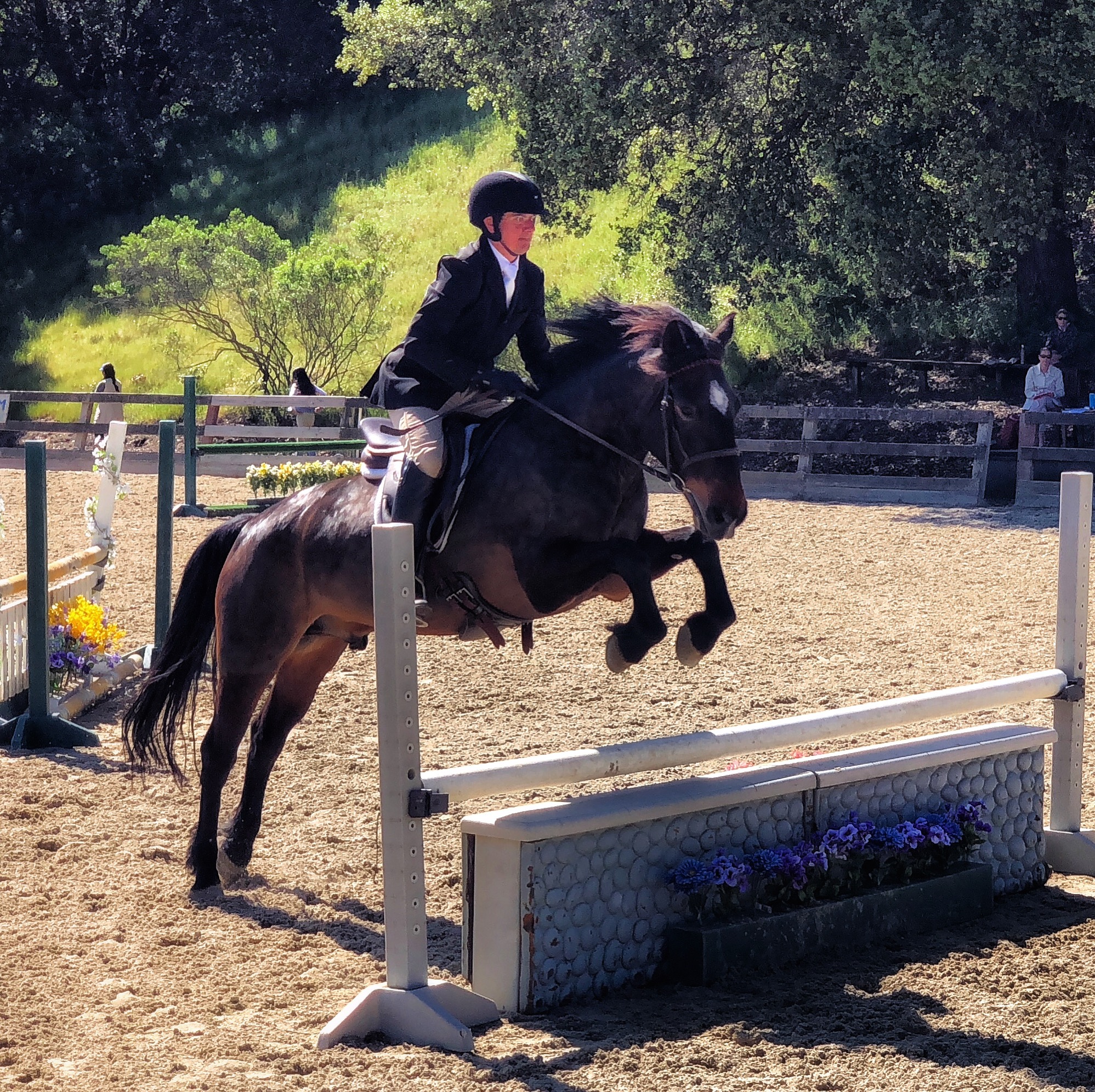 They ended up getting 5th out of 7 for that class. Because, you know, they’re not hunters. But whatever. They were clear and that’s the important part for us.

After the medal class they had a bit of down time while the .7s and .8s ran. My husband wanted to do a few jumps in the warm up arena to avoid the problem he’s had several times before where Eugene goes from one height to another and clobbers the first jump. But he was all about the bigger jumps. 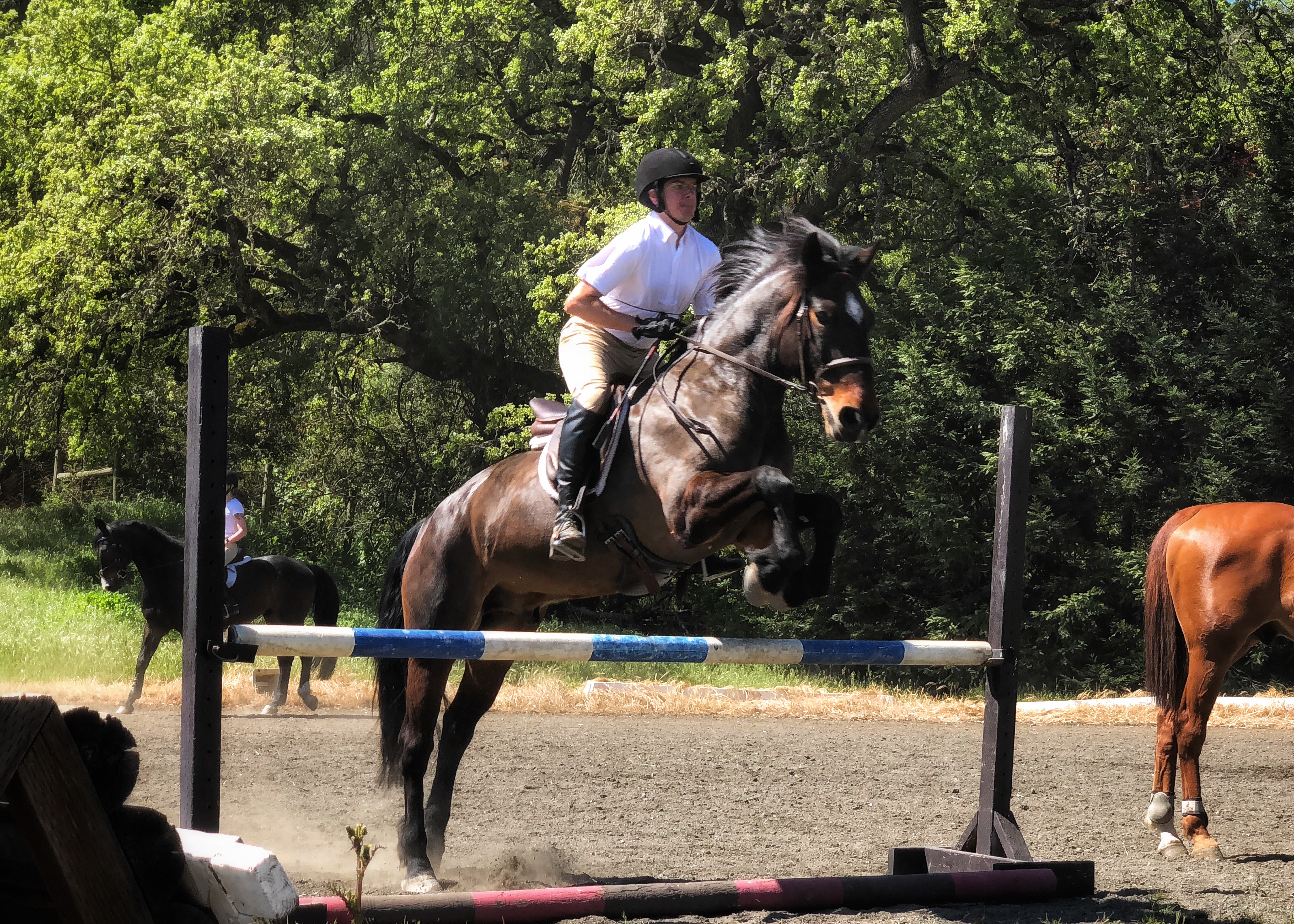 Their first jumper round was .9 optimum time class. Since they are always well under time I warned him to go slower than usual to try to be near optimum of 54. So of course they went in and crushed the course making it in 47.something seconds. 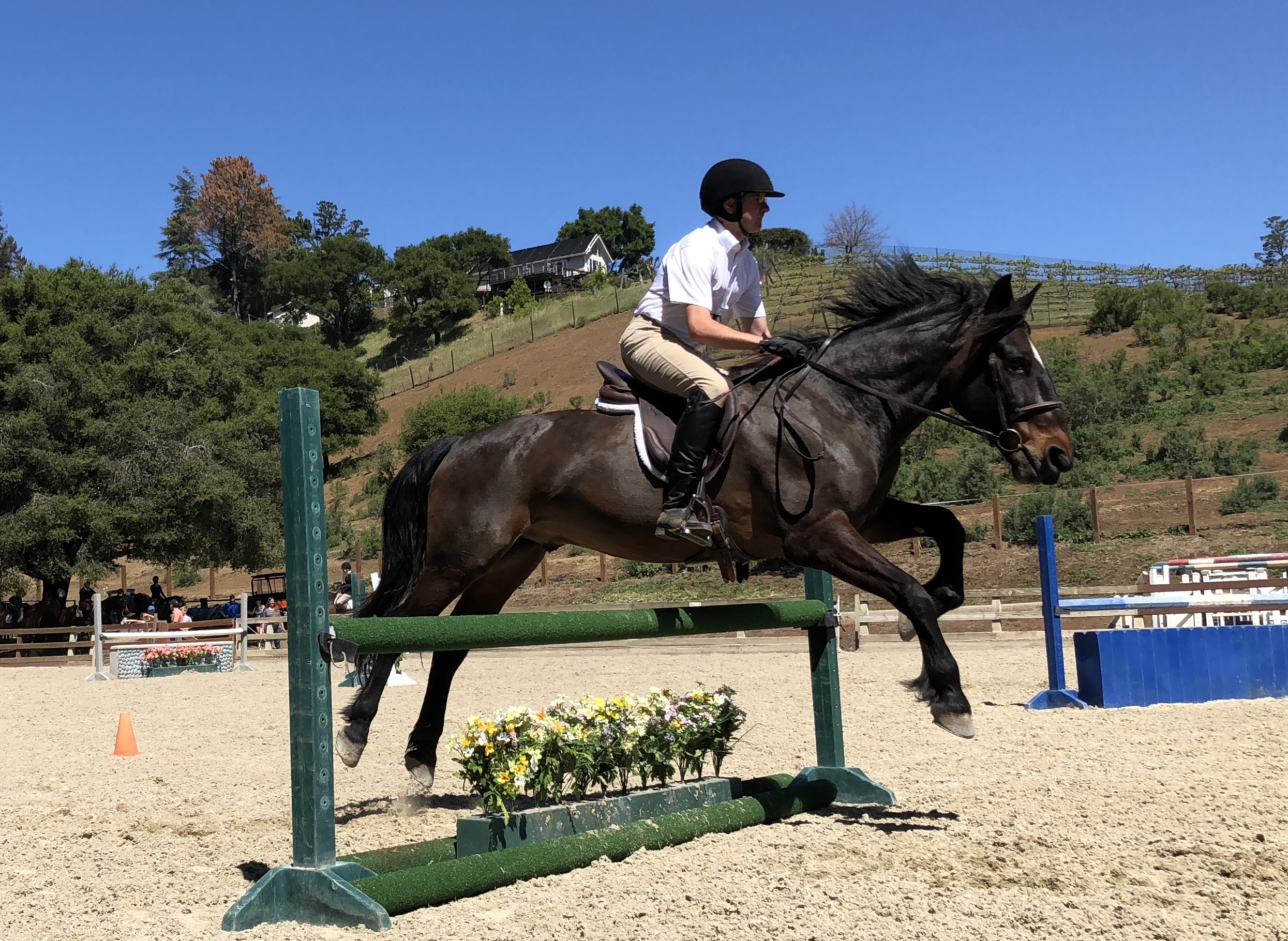 They were clear, but several second off the optimum and got 4th out of 4 for that round. 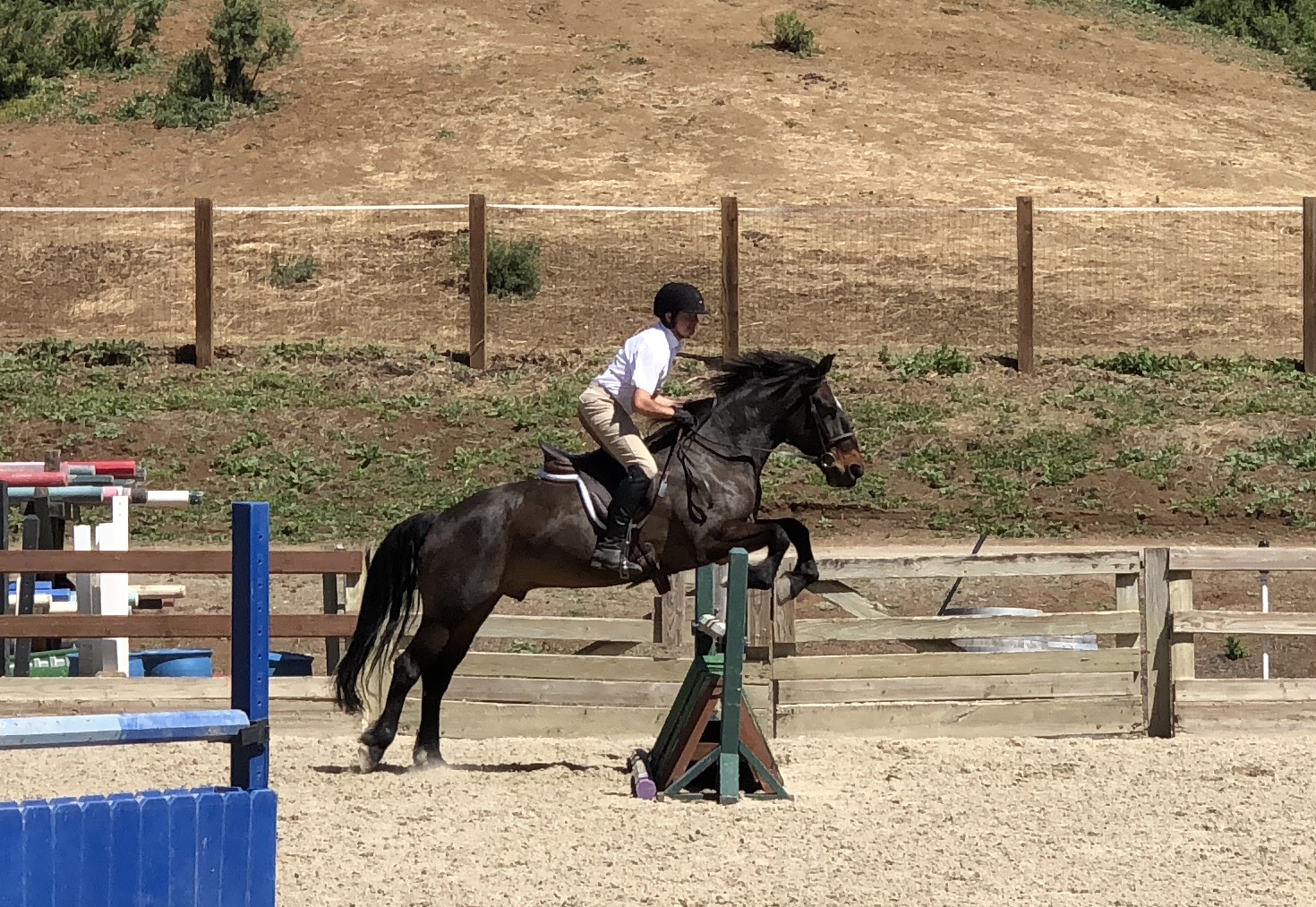 The next round was the speed class. I could see that Eugene was tired. He might be a lot better at jumping now, but he’s still developing those muscles and back to back .9s is a bit tough for him. 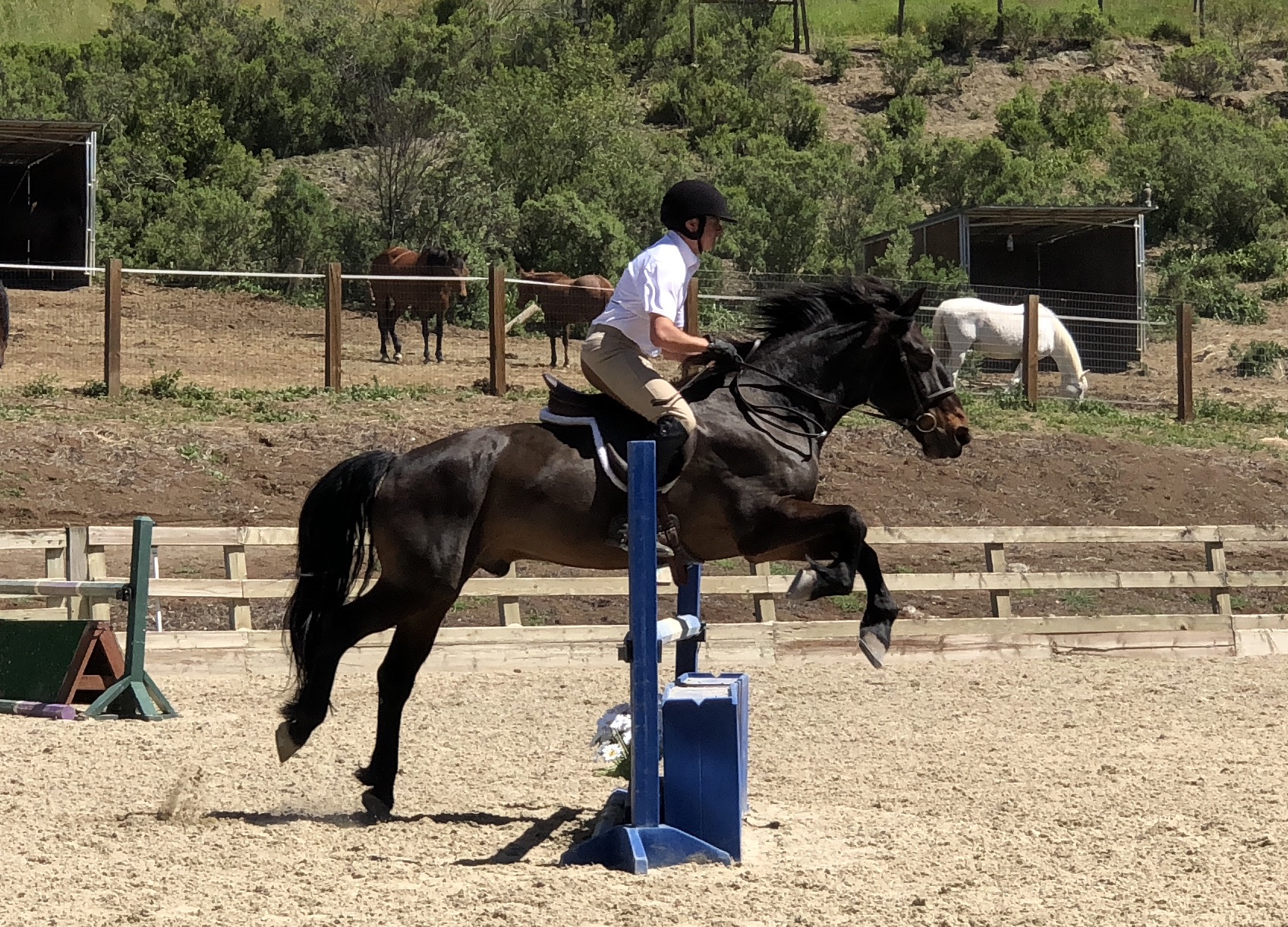 He was a little more casual about the jumps and not accelerating down the lines like he did the previous time. But they were still clear. Their time ended up being the optimum of 54. It was a bit slow for the speed round and they ended up 3rd out of 4. 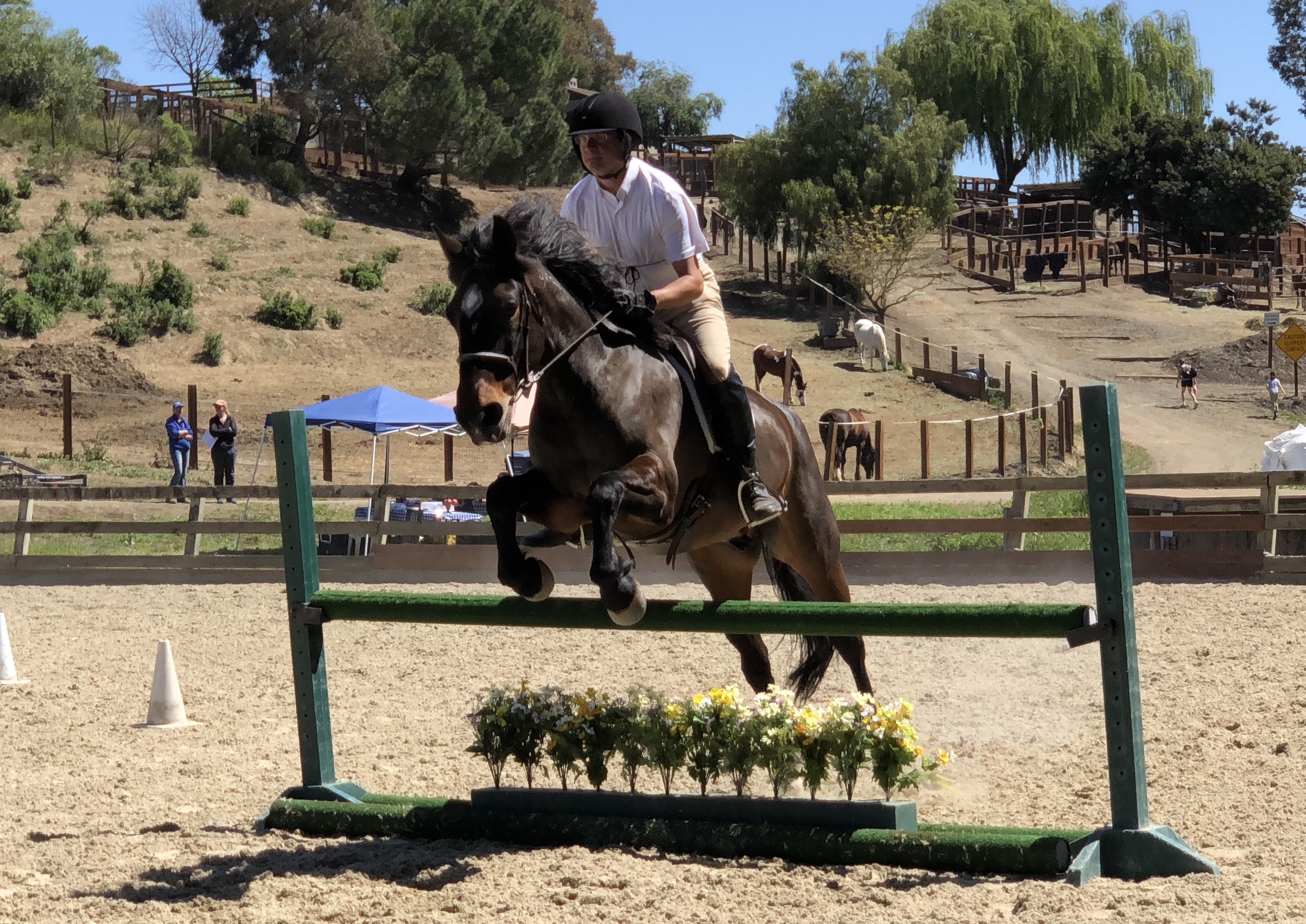 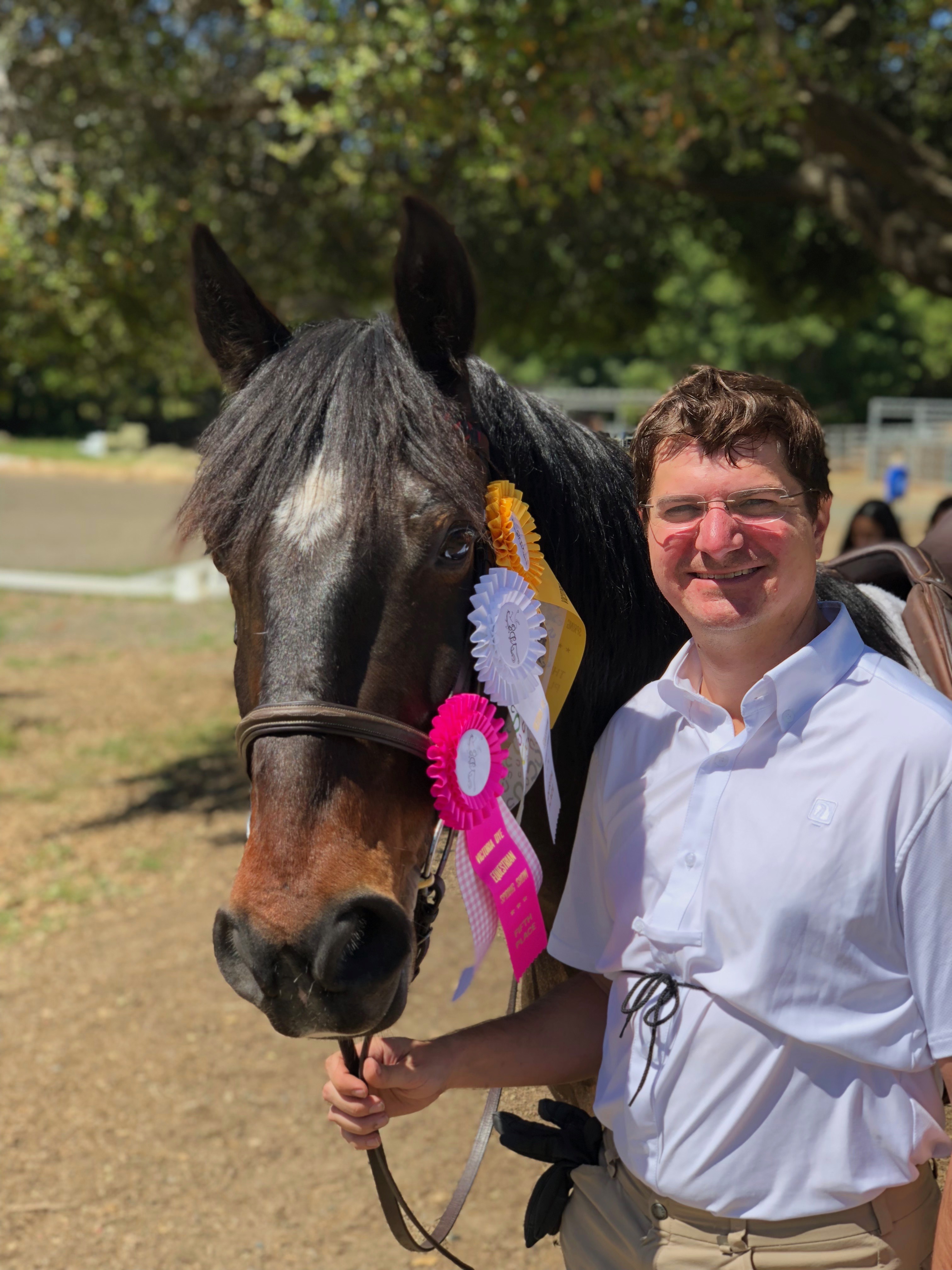