I was looking for things to do on Saturday and saw on Facebook that VDE was hosting another schooling show. Apparently the host trainer (who we now know from going to a lot of the same shows) had personally invited my husband when she saw him at JK the previous weekend. At the time we were waitlisted for a CT on Sunday and were planning to make a weekend trip to Camelot to go XC schooling. Thinking we would be gone, he told her we couldn’t go and never mentioned it to me. When we got off the waitlist, he had forgotten about it until I stumbled upon the fb event. We had a lot of fun at the VDE Halloween show last fall and Levi needs more experience so we decided to go.

I hate getting up early, but I wanted to get there early enough to do the warm up round because Levi apparently needs a warm up round. My husband’s response to that idea:

I am not a happy morning person. We got there around 8 to park, tack up, and go down and sign up for classes.My husband entered the medal as a warm up and the .9 optimum time jumpers and .9 speed jumpers. I decided to do the 2’6″ Division and the 2’6″ Medal class.

I initially signed up for 2 warm up rounds thinking we might need to redo anything he refused, but he was great. The warm up jumps were only set at 2′ and 2’3″, but they did have all the scary filler including the coop he was terrified of last time as well as a blue fence wall, a stone wall, and some butterflies. 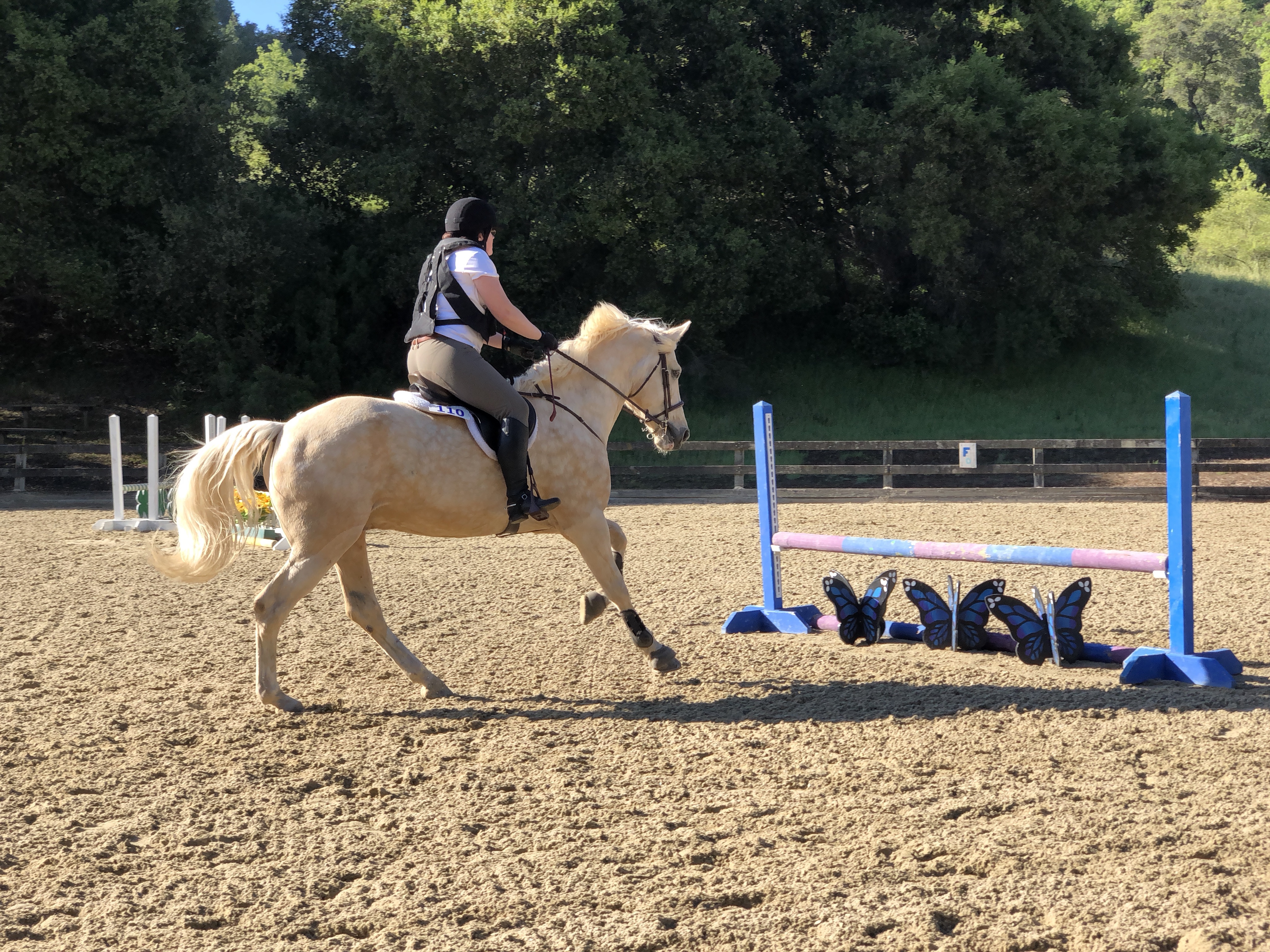 While Levi certainly looked at some jumps (like the butterflies above) and overjumped everything (like usual), he was much more forward and eager than I expected. It probably helped that I had spurs. He backed off the the first jump, I nudged him with the spurs and he was like !!!!! and that was that. 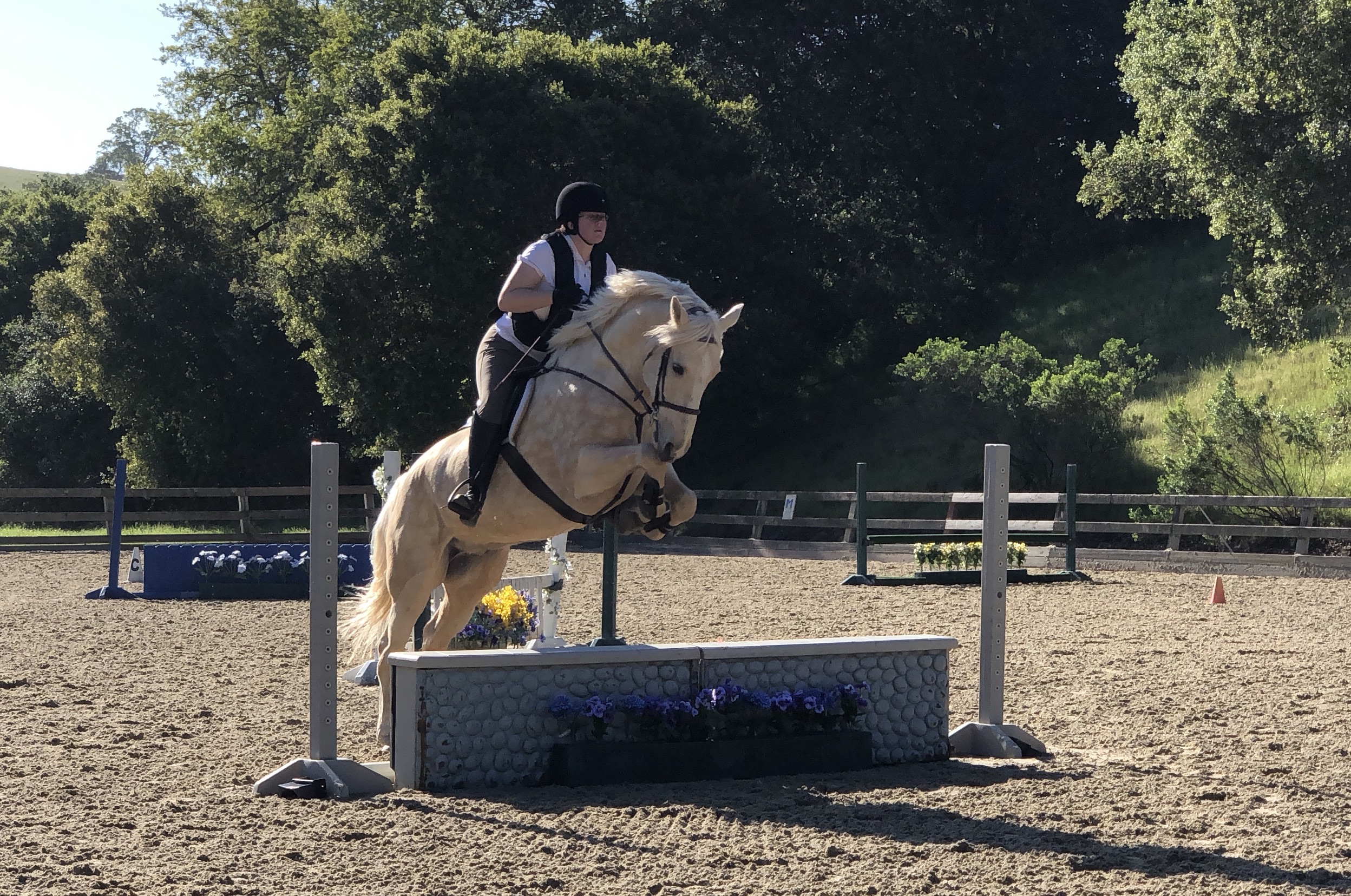 We got over everything without a problem so I scratched my second warm up and we hung out for a bit watching the first division. Then it was time for the flat class. I don’t know if I’ve mentioned this before, but Levi and I are both really amazing at Eq on the flat. 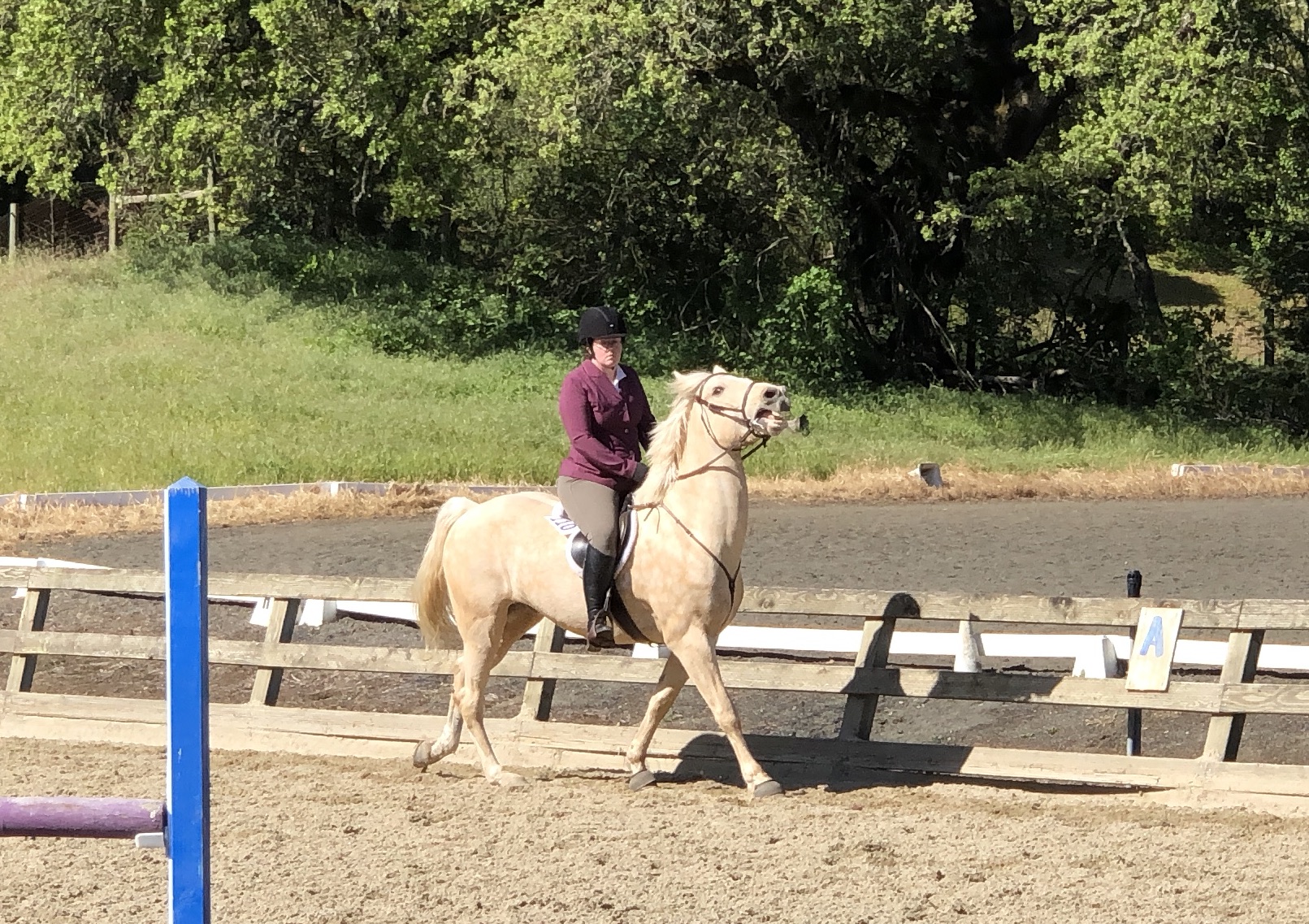 We are beauty. We are grace.

I don’t know what happened to the other girl in this class because we got a completely undeserved 3rd out of 4. If you’re thinking maybe the judge just wasn’t looking at us for that one moment, I assure you, she had plenty of opportunity. Especially as he insisted on cantering for most of the trotting sections.

Eq was up next. The course was pretty easy to memorize, but a few turns to make it a little more interesting than the usual outside line to diagonal and repeat. 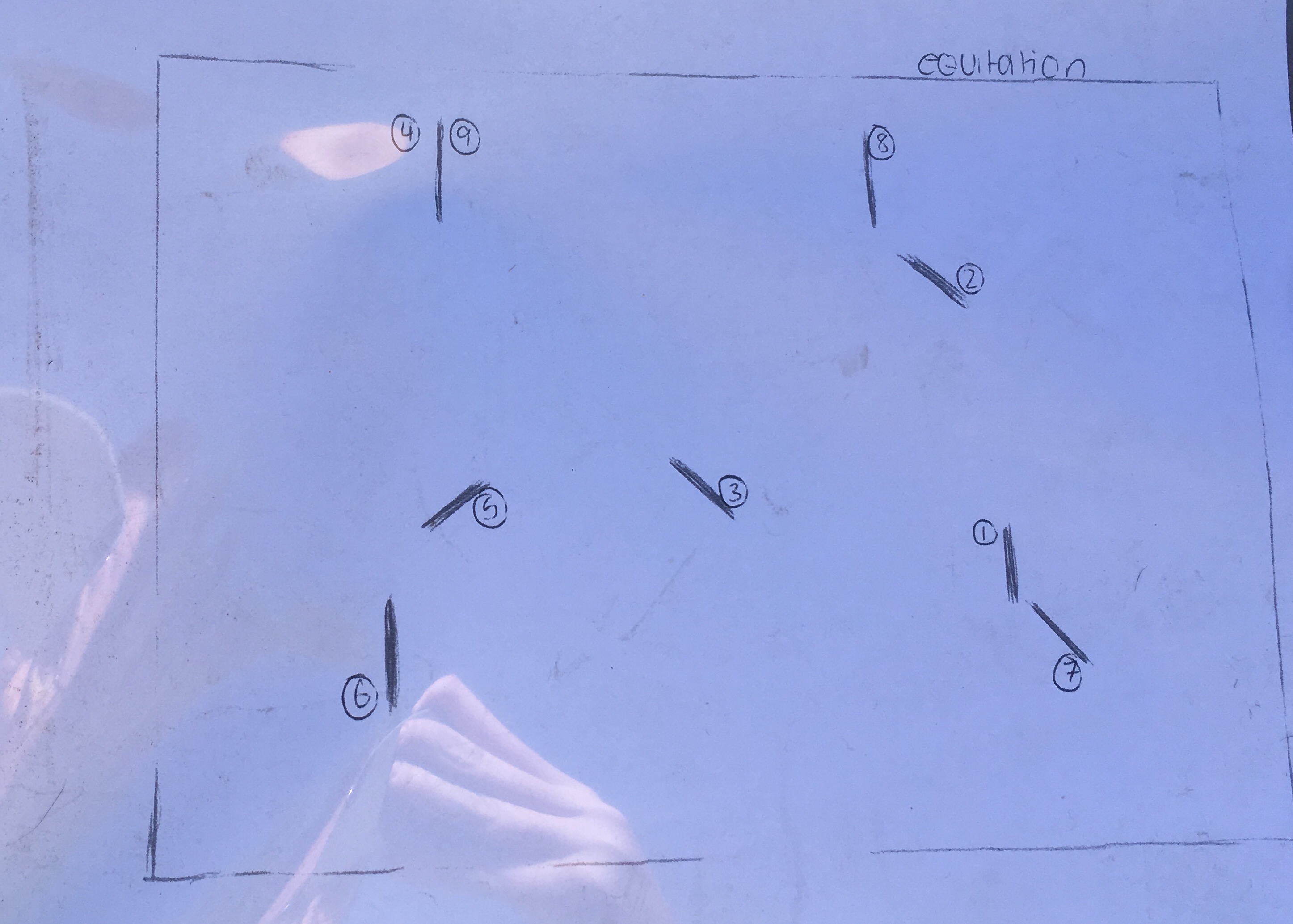 Levi, freshly confident from his warm up round, was on fire for the Eq round. 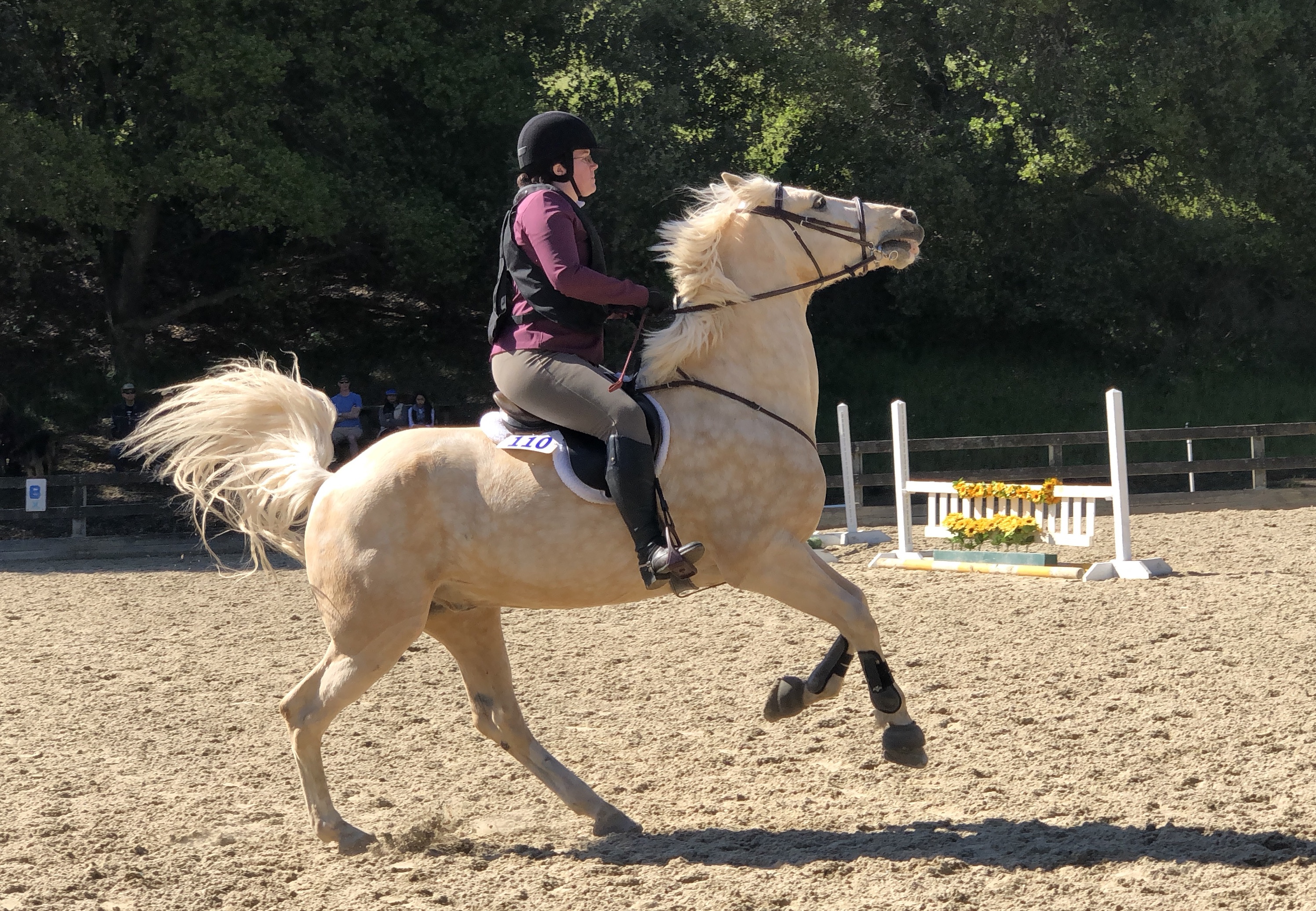 I don’t even care. Seriously. No sarcasm, no joking: I didn’t care. I was just happy that he was going forward and going over the jumps. That’s all I want. Well, it’d be nice if he could not chip in at every jump, but we’ll get to that later. Going forward to the jumps is what I want right now. 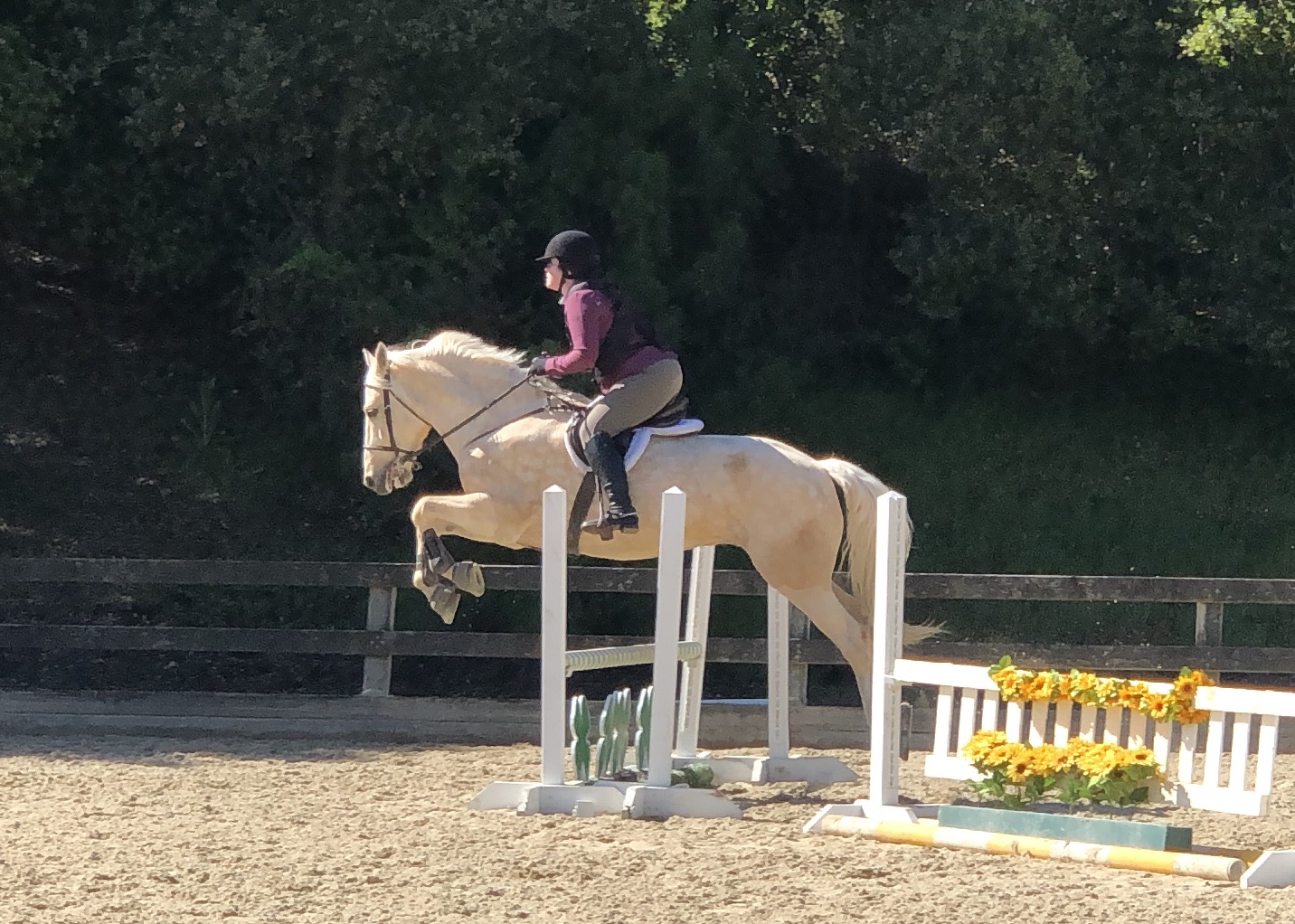 We were all clear got 3rd out of 4th for this round too. The hunter round was up next. The course was pretty simple, but that’s fine: all the easier to memorize. 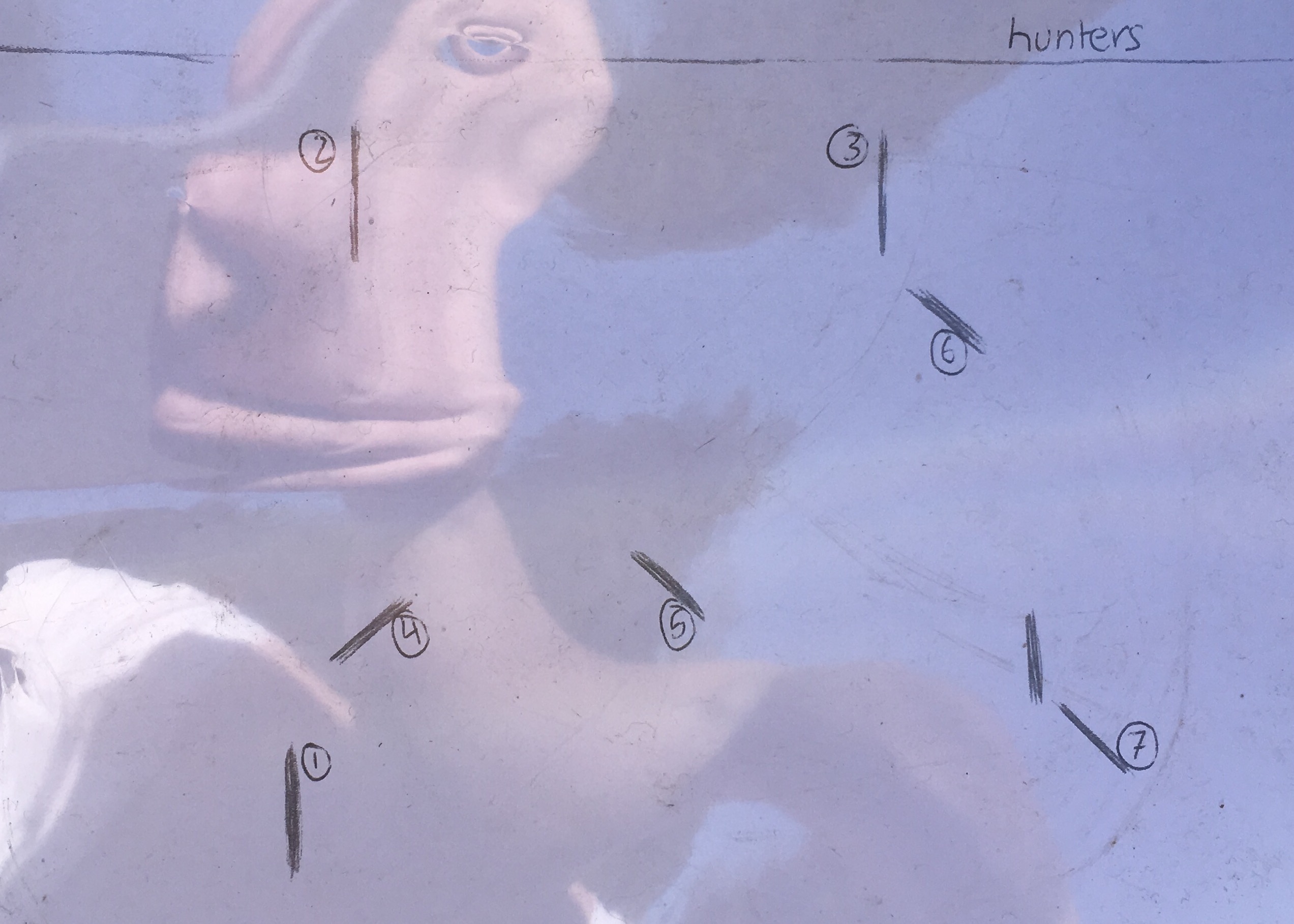 Once again, Levi was eager and seeking jumps. He wasn’t very hunterly though and we got 3rd out of 3rd. 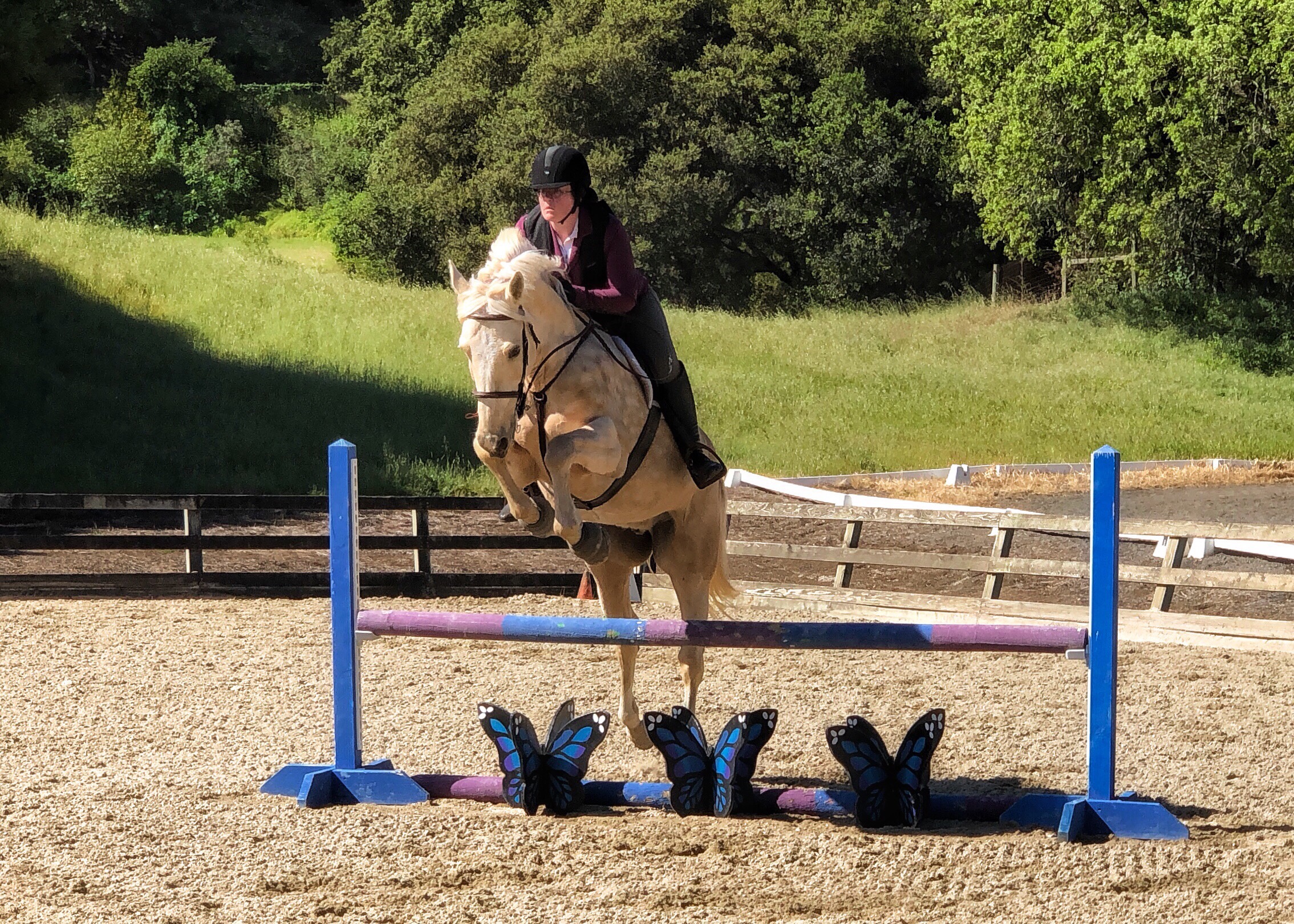 3 yellow ribbons in a row! The Medal class had 7 entries and was a pretty cool course with a halt and a trot fence as well as being a bit more twisty/windy with a bending line and a sort of rollback. 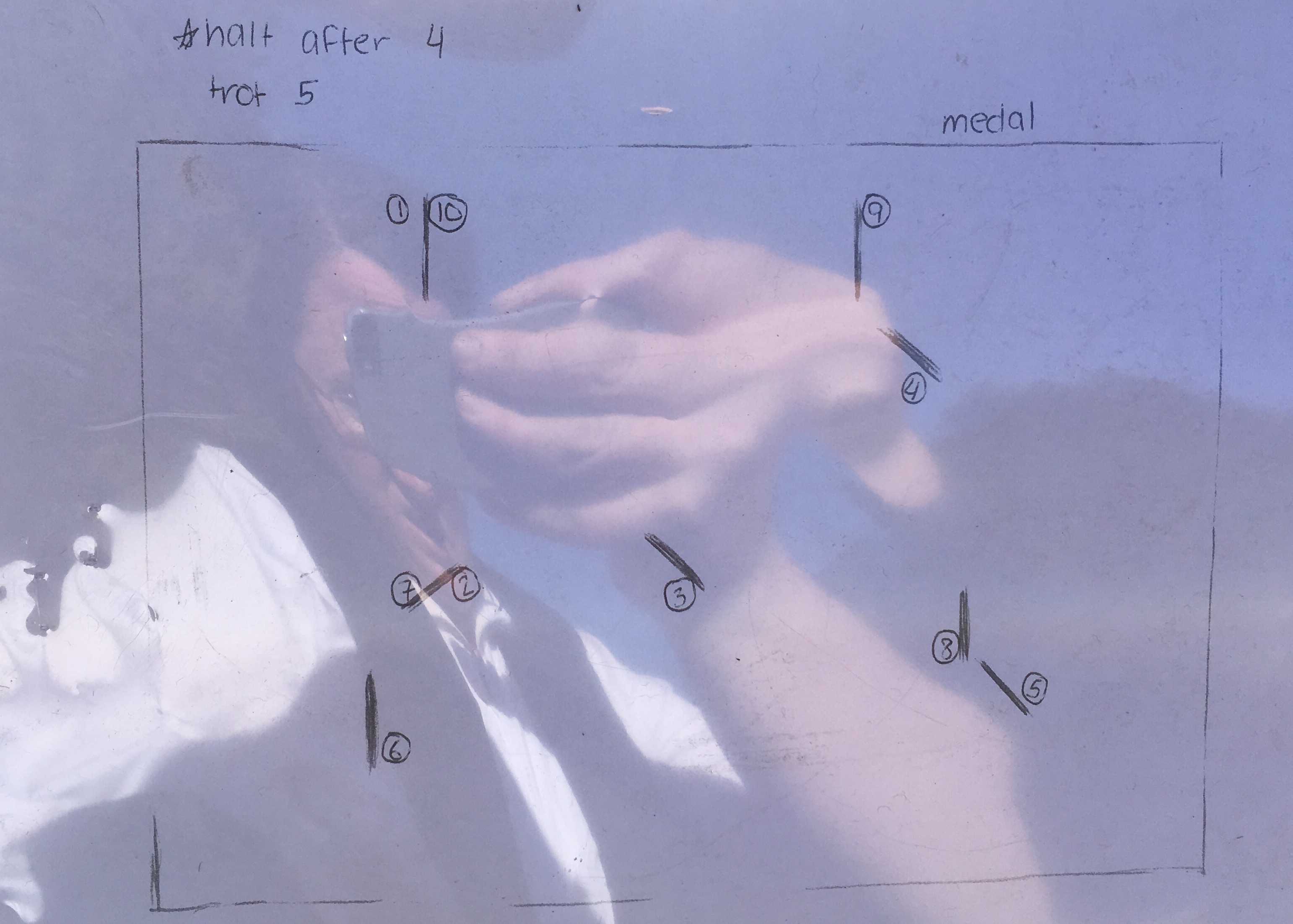 I liked this course. It was challenging, but it flowed nicely. The 4th jump was an oxer coming off a fast line so halting after was a good test and I watched some riders struggle with it. Levi thought that was a dumb idea, but he did it. And he even stayed in trot for the trot jump. Although he was extra confused about how his feet worked with that one. 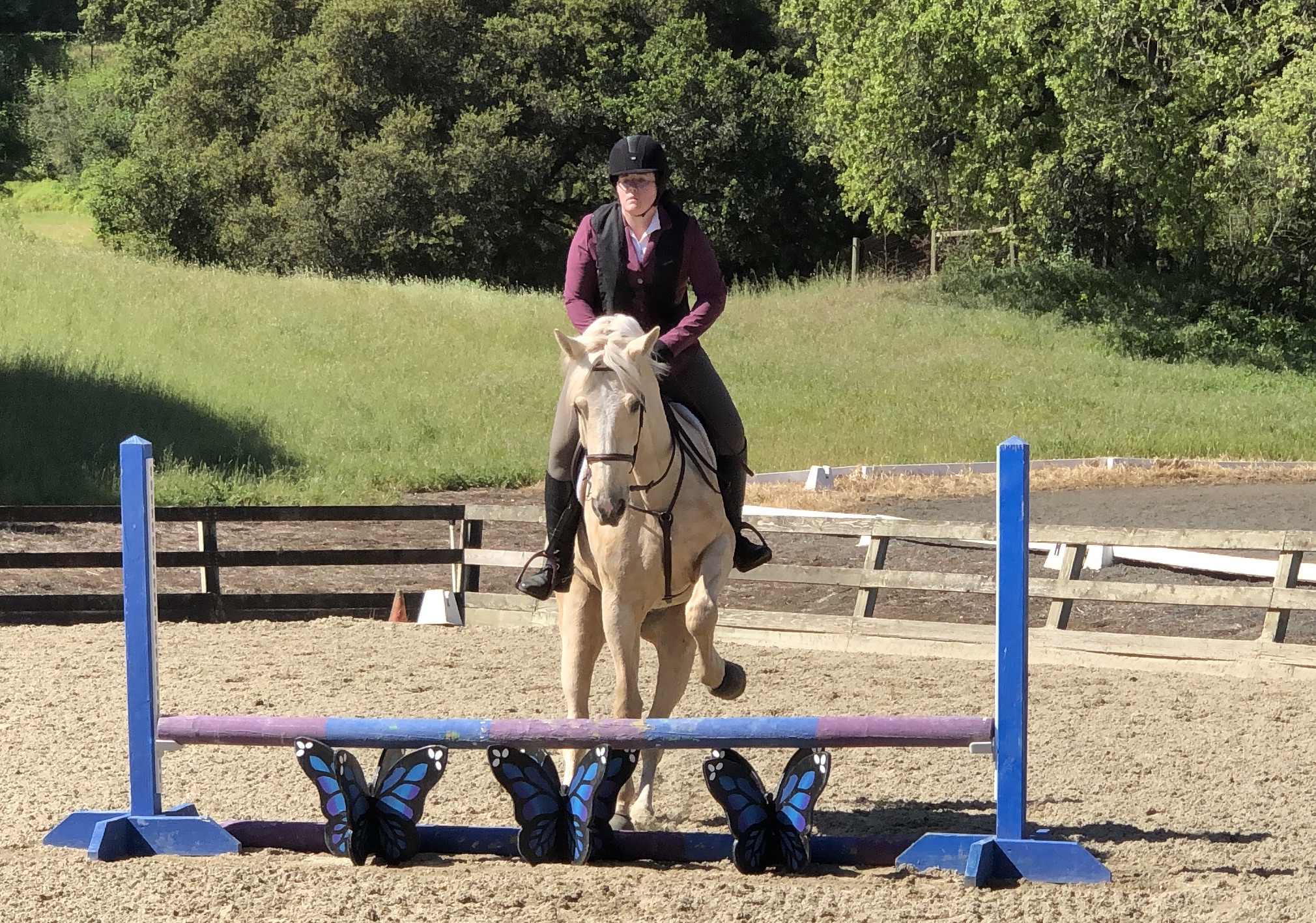 Although he was getting in really deep to every jump, he’s so good at scrambling his knees up into the air, he leaves everything up. 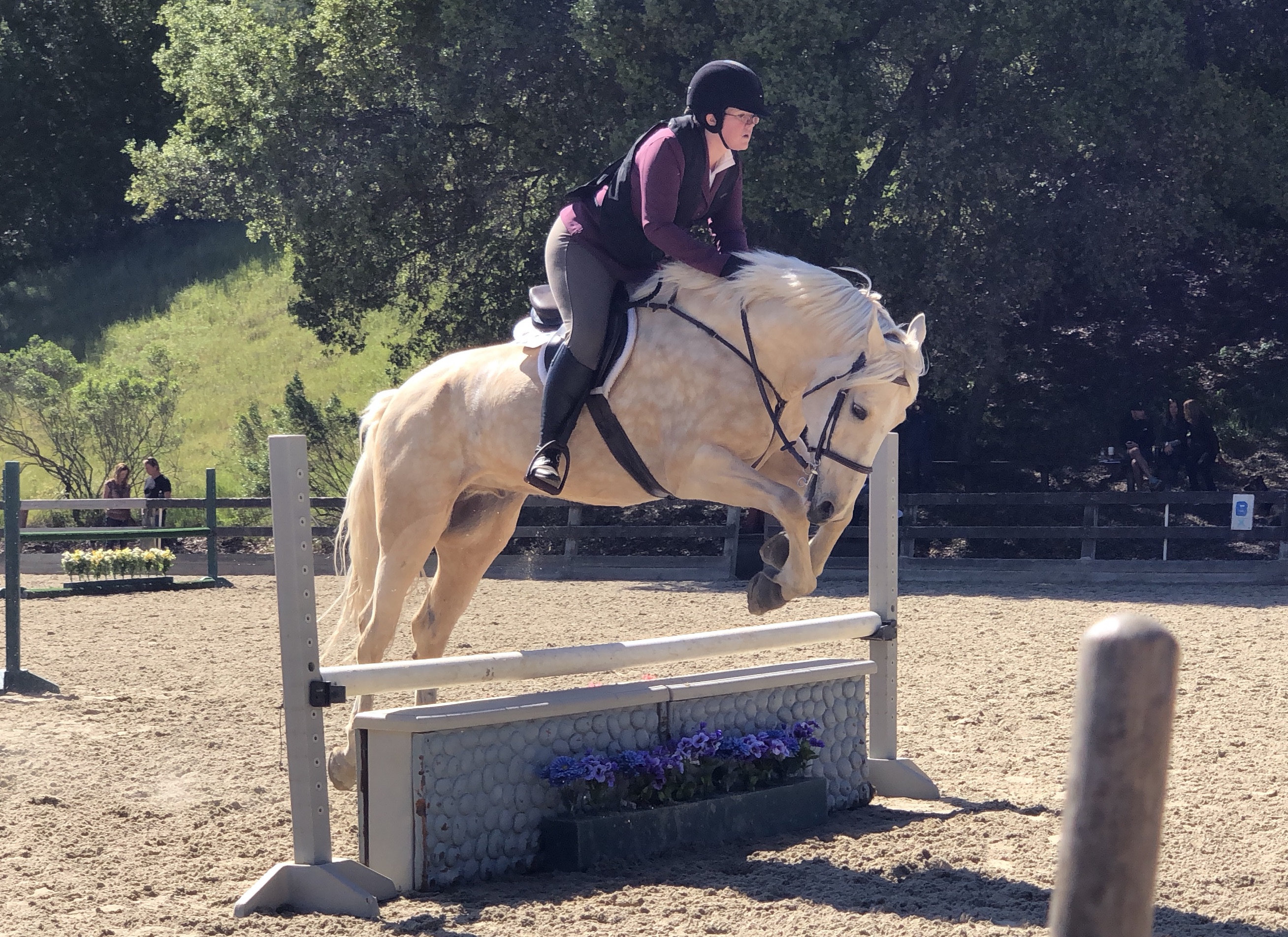 We were clear for the round and managed a 6th out of 7. I was excited to finally win a 6th place ribbon, but the ribbons were fun colors so it won’t work for my craft. But they were really cute ribbons. I tried to get a picture of Levi with all his ribbons, but he wanted to eat them instead and was annoyed that I wouldn’t let him. 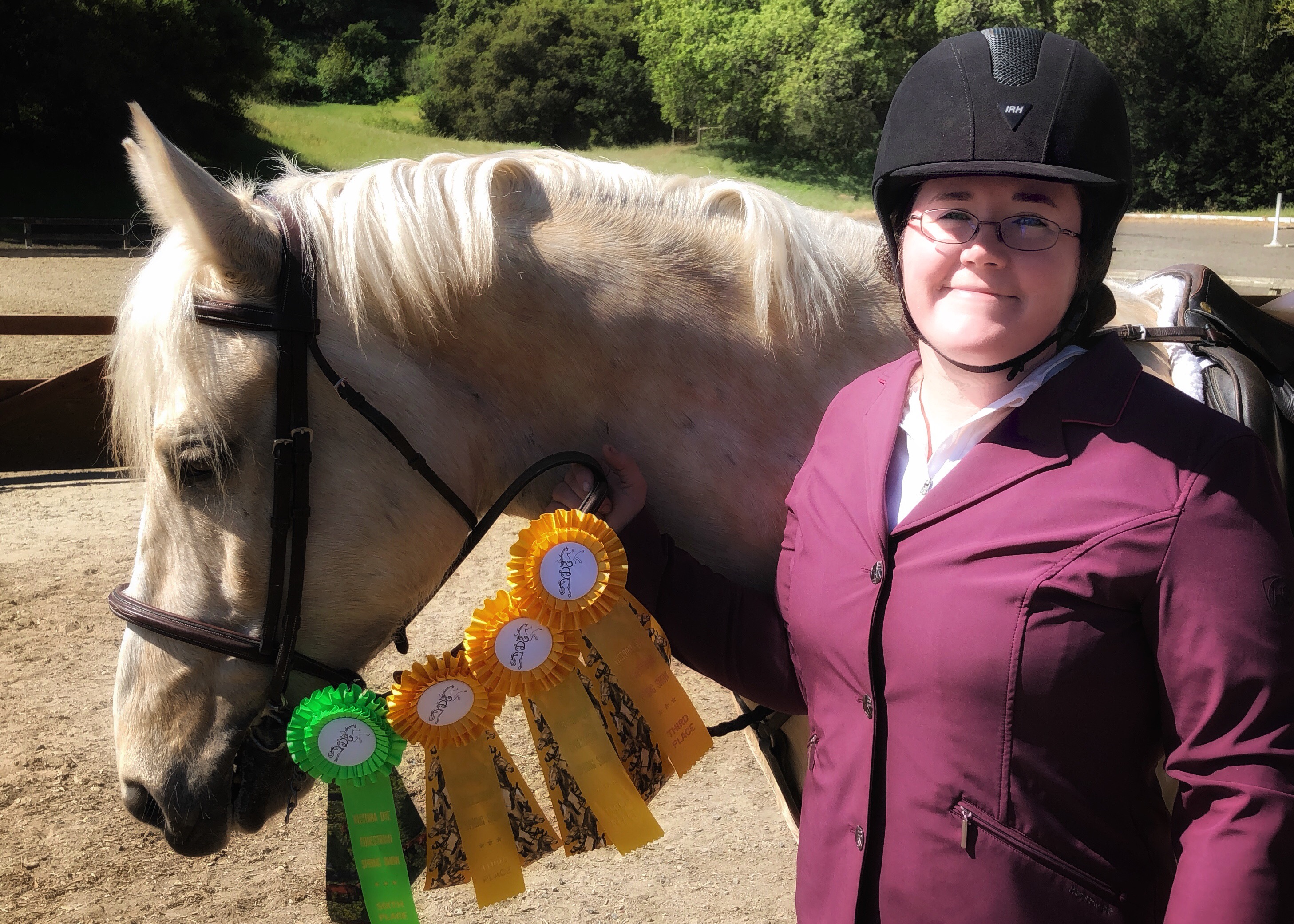 I had a lot of fun at the show. Everyone was nice and welcoming. The courses were a little easier than last time, but still challenging in terms of decoration. Levi wasn’t very hunterly in behavior, but he was a good jumper: forward and eager with no attitude. Stay tuned for Eugene’s adventures tomorrow.