My husband and I spent the weekend volunteering at the Woodside Summer Event. I started out on Friday doing an afternoon’s worth of dressage scribing. I’ve never scribed before and I was actually rather nervous. I had read that you really should have experience before scribing at a rated event and I had none. Friday morning I read a few how-to-scribe articles that made me feel a little better.

I needn’t have worried though. The judge I was assigned to was really nice and okay with having a beginner. She not only walked me through how to do all the scribing duties, but was a good judge to scribe for. She allowed abbreviations (apparently some judges don’t) and was very organized in her way of dictating to me. And better than all of that, when I told her I did dressage and eventing and wanted to do scribing to learn more, she basically turned the afternoon into a free 3+ hour clinic on dressage.

When we had breaks, she would talk to me about my own riding and explain concepts and things I could work on. She even did a brief lesson with a piece of string on actually moving my elbows and not bracing or twisting my wrists. She would also point out horses and riders in the warm up or the ring next to us and walk me through what the rider was doing well or what they could do to improve. A few times during the tests we were scoring, if there was a free second, she’d specifically ask me to look up and point out why she was scoring something the way she was. The whole afternoon was a fantastic lesson in dressage from a Grand Prix rider. And not only was it free, I even got a coupon for volunteering. I already want to do this again.

On Saturday, my husband and I volunteered as jump judges for Intermediate and Training cross country. I asked for jump 1 again because I really like that spot. It’s got shade and a nice view out over the course so I can see more than just one jump. I also like watching the start box. I find it really interesting to see how different people handle the start box. Some horses walk over calmly and just stand there, other literally need to be held in place by a handler on the ground. One person chose to canter in really tiny circles around the start box. 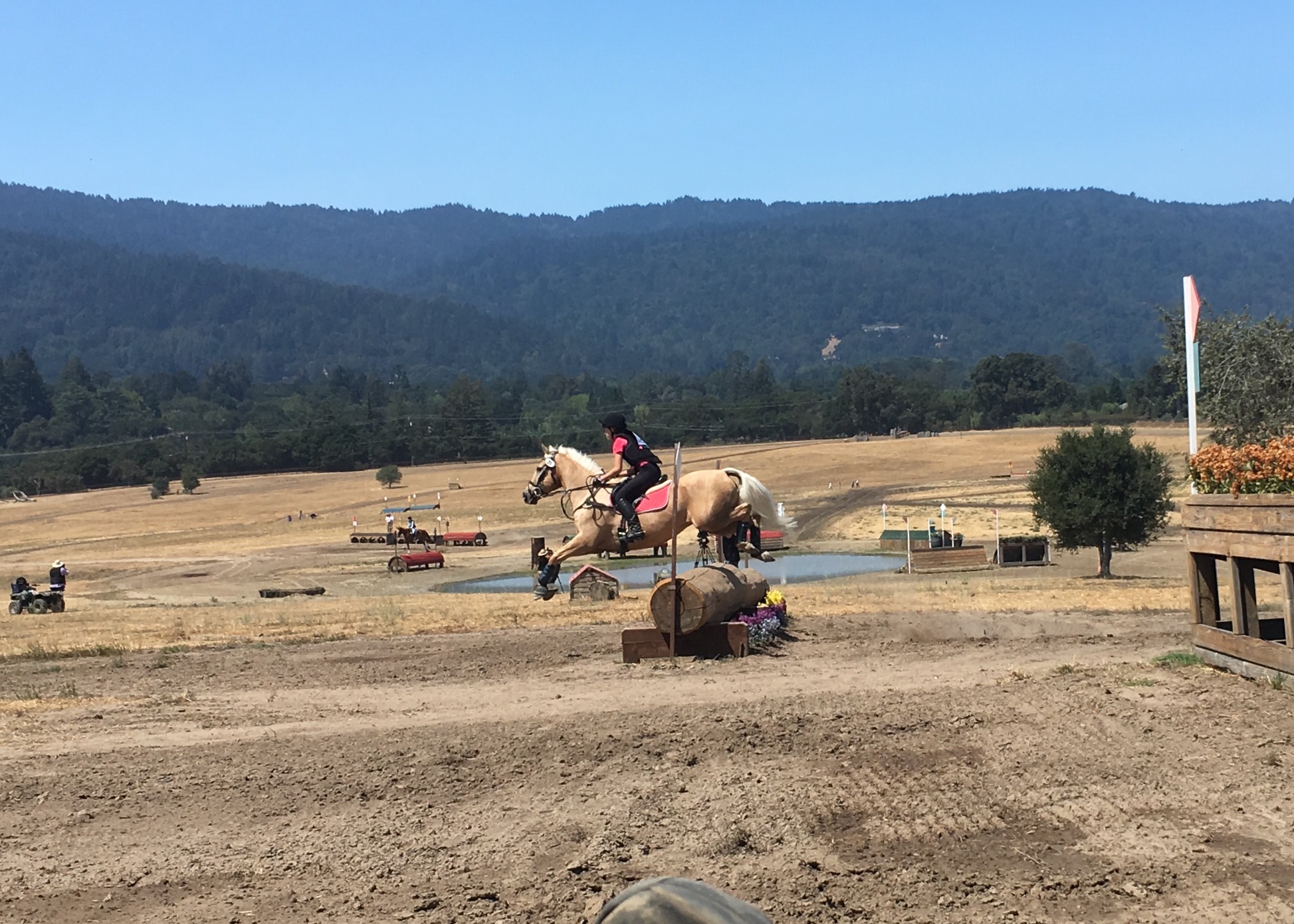 The horse park treats volunteers pretty well. I got a whole box full of yummy food for lunch. And then a swarm of yellow jackets descended on my food and I had to go throw it all away. They eventually brought me some bee spray and I spend the rest of the afternoon spraying everything near and on me with it (it was peppermint oil so nontoxic). I also played whack a bee by actively spraying the pests whenever they came too close. 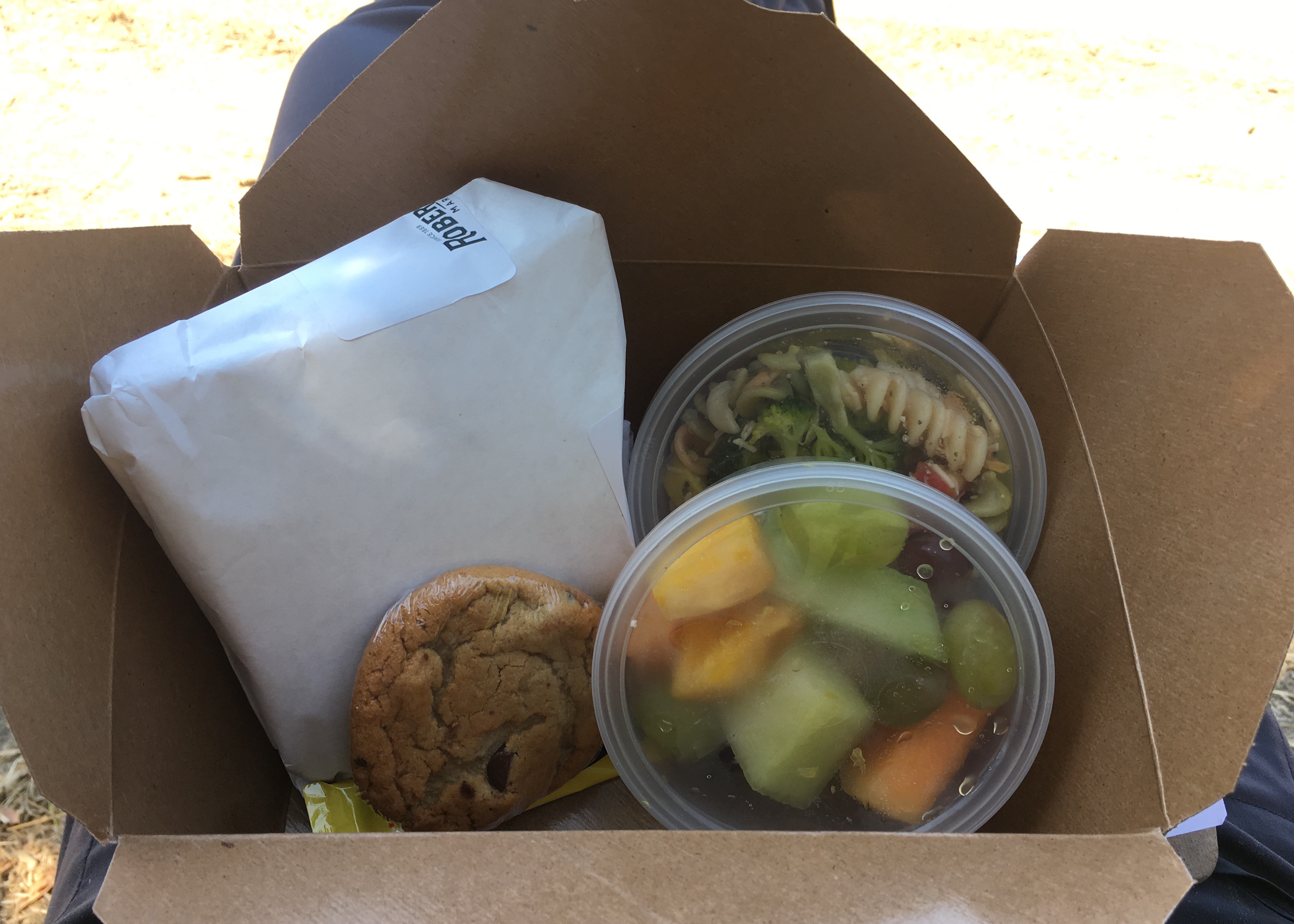 We each got another coupon for volunteering and had enough fun we decided to sign up to do it again the next day. Sunday we signed up for BN and got to do my favorite task, golf cart driver. I just really like driving golf carts. Plus, it’s a nice job during XC because you get to drive around and see all the different jumps instead of just the one you’re assigned to. My husband was with me and we alternating driving and walking collecting the sheets from the jump judges.

Golf-carting, across the universe (bonus nerd points if you know what I’m referencing)

We also ran extra sheets and bee spray out to the volunteers. At one point my husband took over for a jump while I took the volunteer to the bathroom and in the like 3 horses he was there for, he saw the only refusal (complete with retirement after a second refusal) at that jump all day. I guess he’s bad luck. Once again, we left with coupons for volunteering (I’m collecting them to put towards a future entry). But I really do it for the fun of it and because I like giving back to the sport. The coupon is just a nice bonus.

Anyone else enjoy volunteering at horse shows?