The Summer Event at Woodside was this weekend. Since I’m not allowed to compete (mule rules), I figured I’d try volunteering. I originally signed up to dressage scribe on Friday, but they ended up having too many volunteers and fewer entries than expected so I got an email saying my services were not needed. Which is a shame, because I’d really like to scribe sometime. I feel like I could learn a lot from it.

My volunteer services were still needed for XC on Saturday though. I signed up to jump judge in the morning and then drive a golf cart in the afternoon. I don’t know why, but I’m really obsessed with golf carts. Any time we go to a show or other event and people have golf carts, I want to get one. 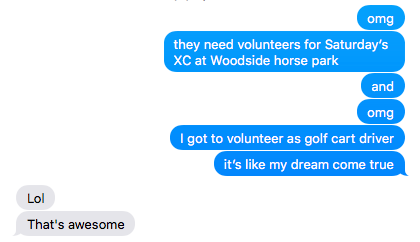 actual conversation with my husband

The only down side was that I had to wake up super early on a Saturday in order to volunteer. I did make up for it by sleeping until noon on Friday, but I was still not a happy camper come Saturday morning. The volunteer meeting started at 8am and it was cold and foggy at the horse park. I was assigned Prelim Jump #3 and Intermediate Jump #4 which were both stepped tables next to each other. 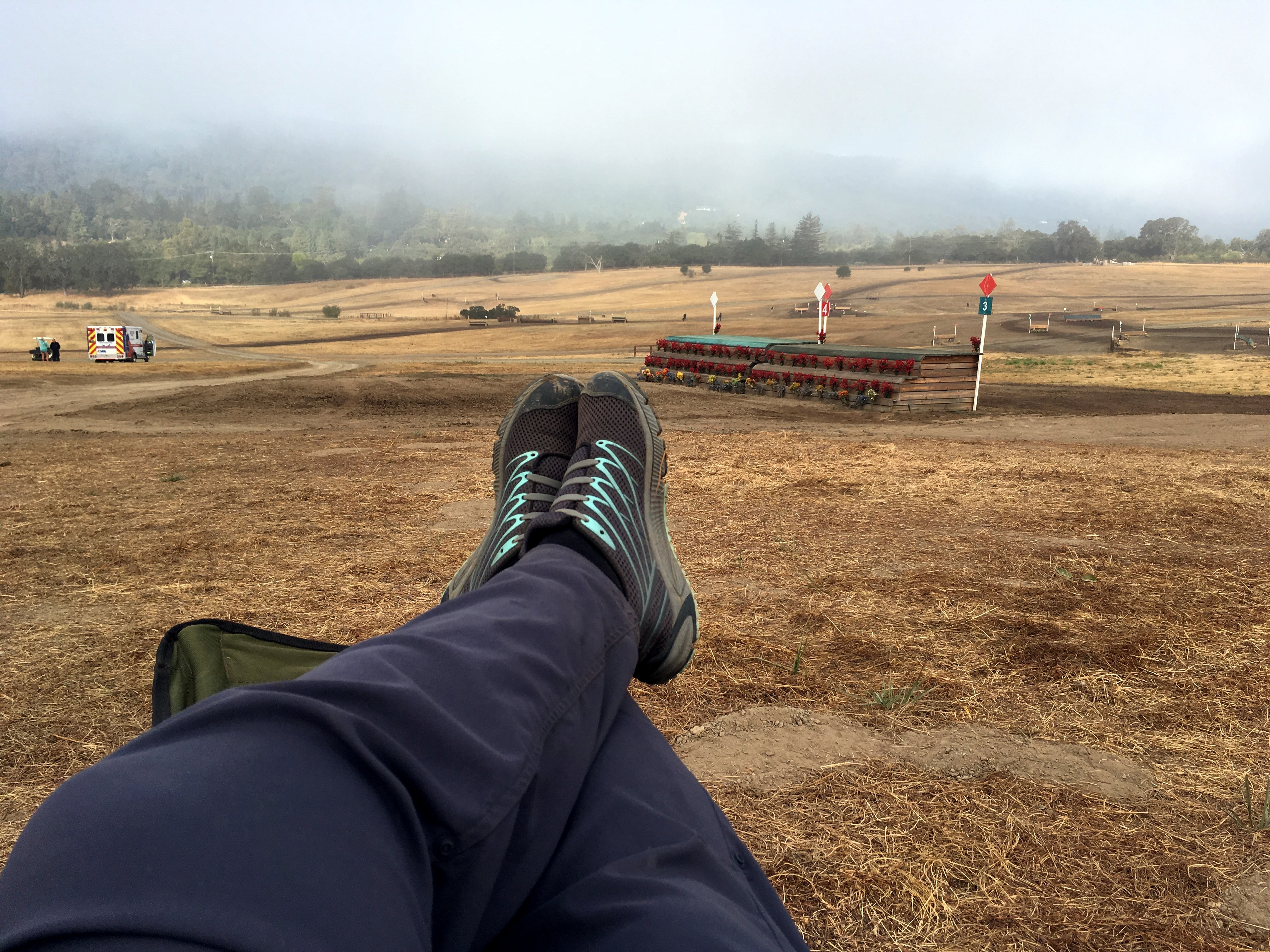 I wish it had stayed nice and foggy, but I was soon removing my hoodie and then baking in the sun. Thankfully, I had a little clip on umbrella to add to my camp chair. It really helped with the heat. 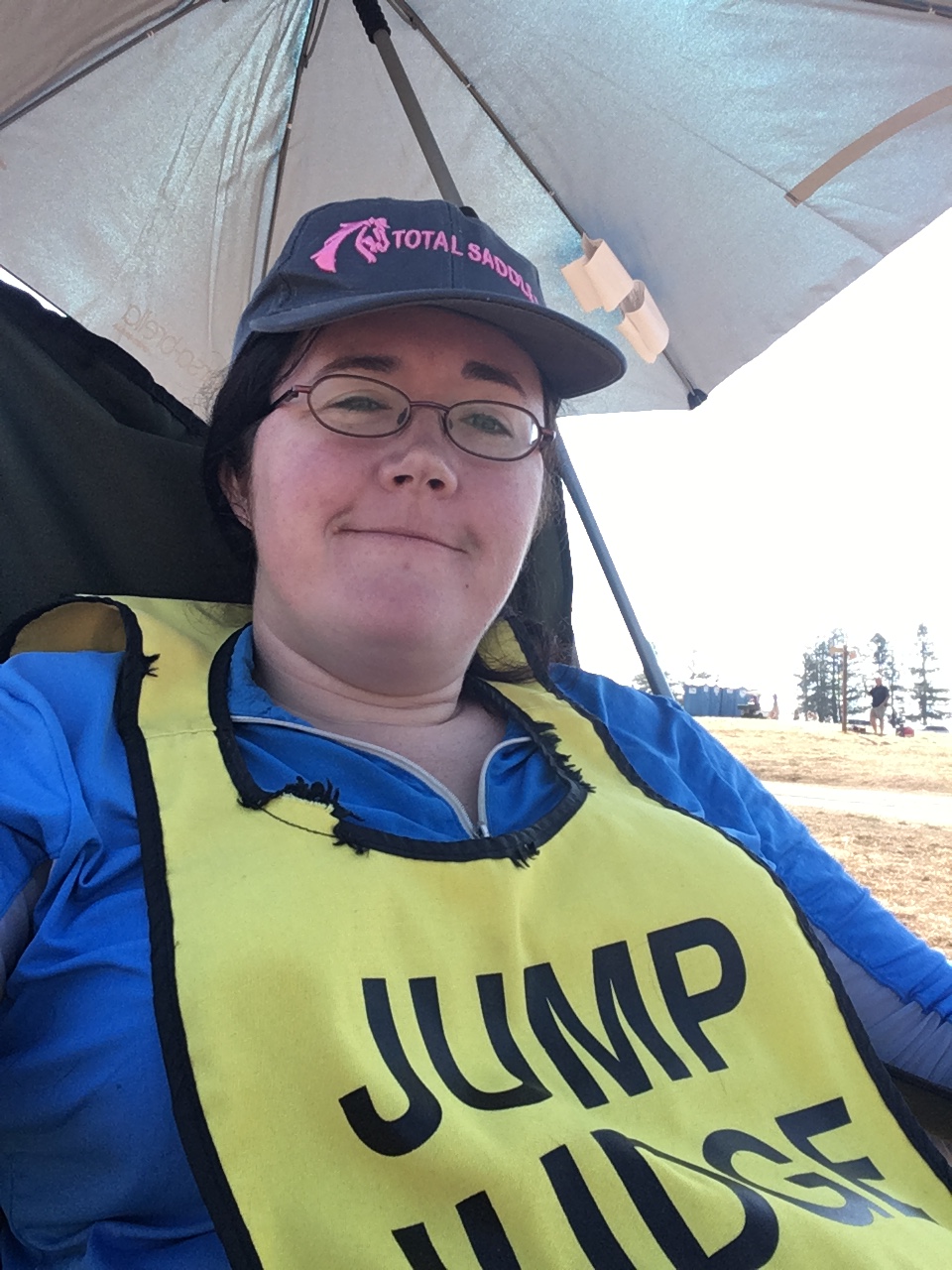 At first I was a little disappointed to have such a “boring” fence, but I actually had a great spot. I could see the combination at 4/5, the water at 7/8, the coffin at 12 and a few other jumps from where I was sitting. 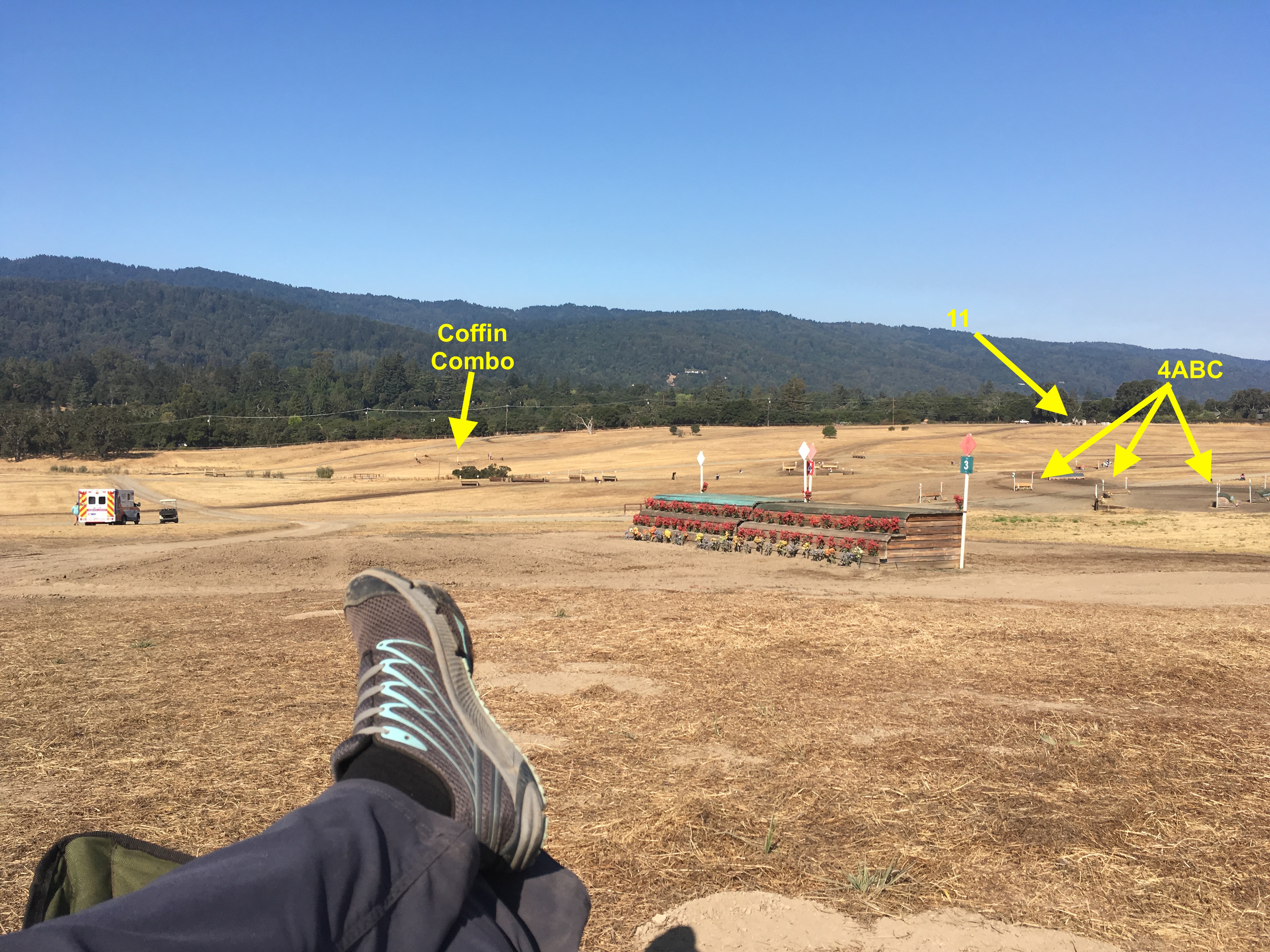 Plus, after a horse crashed into/refused my jump and I thought my heart was going to jump out of my chest, I was really happy to have an “easy” jump. This adorable little palomino made it look easy though. I believe the announcer said they were in first after dressage. 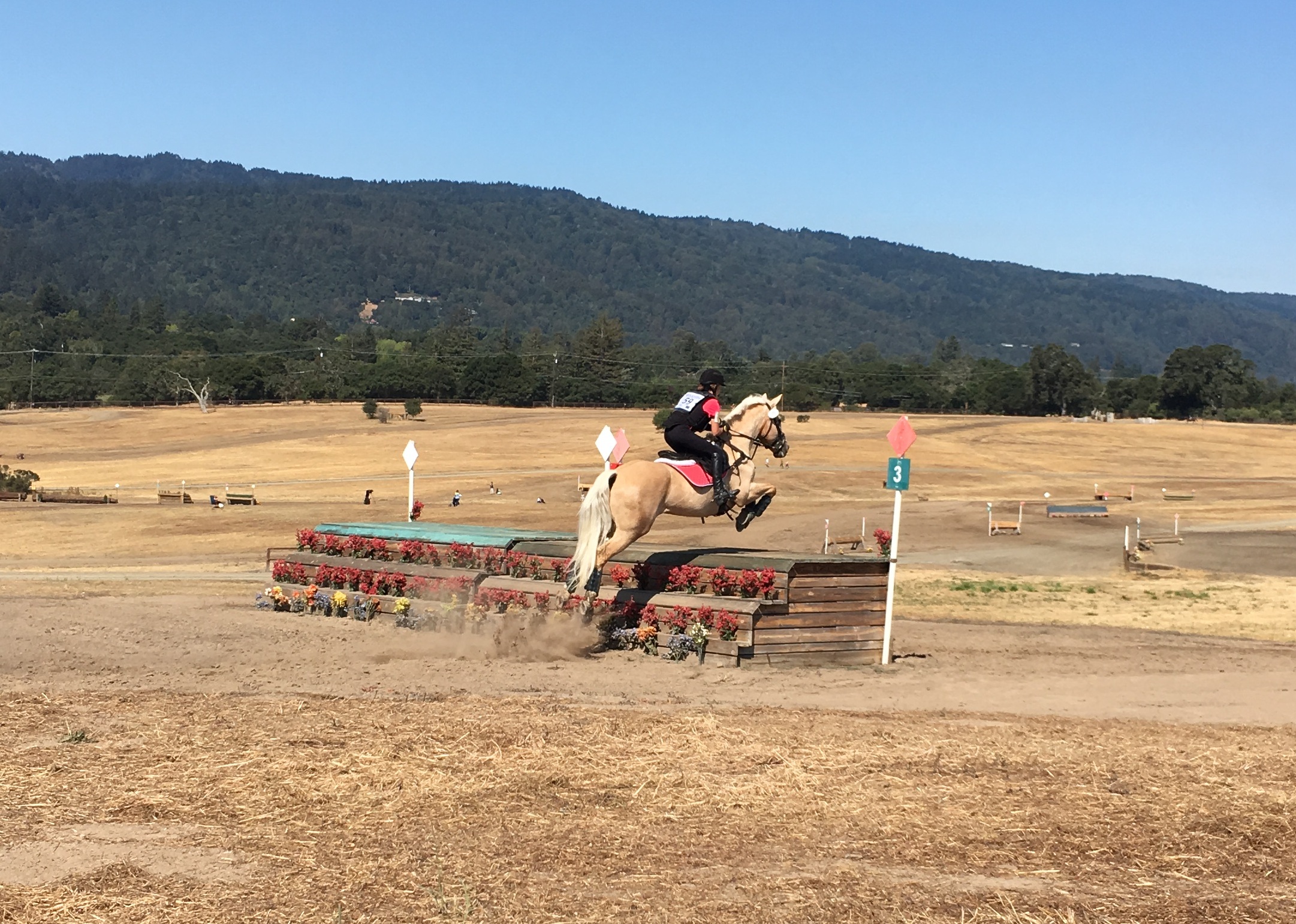 I think I might have been a little over-prepared for volunteering. I wasn’t sure how hot it would be and what I’d be willing to eat so I packed a variety of things. 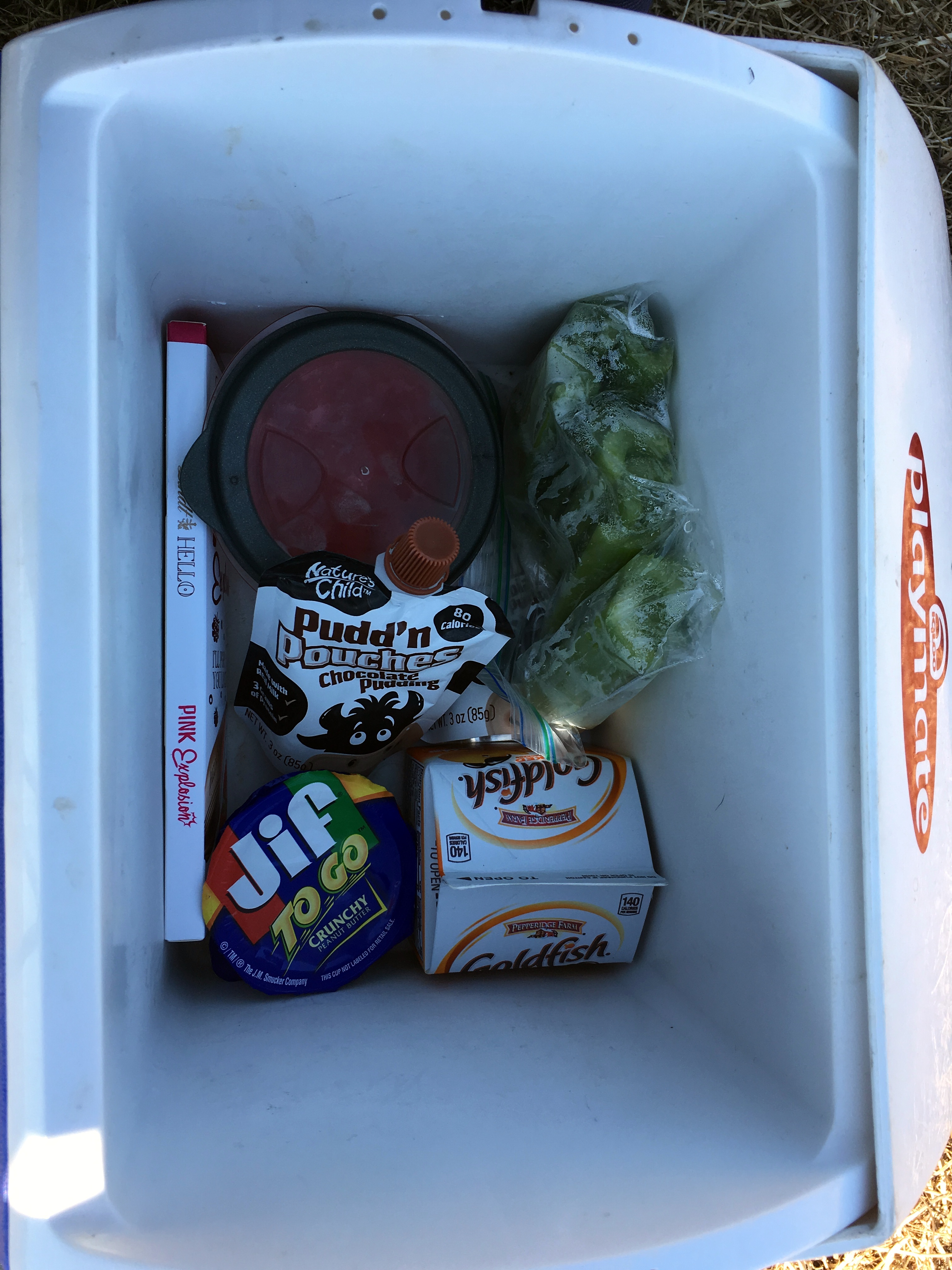 The volunteer organizers were great though. They had drinks coming around in the golf carts and then they even provided lunch.

After lunch, I was doing score running in the golf-cart. While I was originally just super excited to drive a golf cart around, it turned out to be a really great volunteer job as I got to see a bunch of different jumps instead of just one. 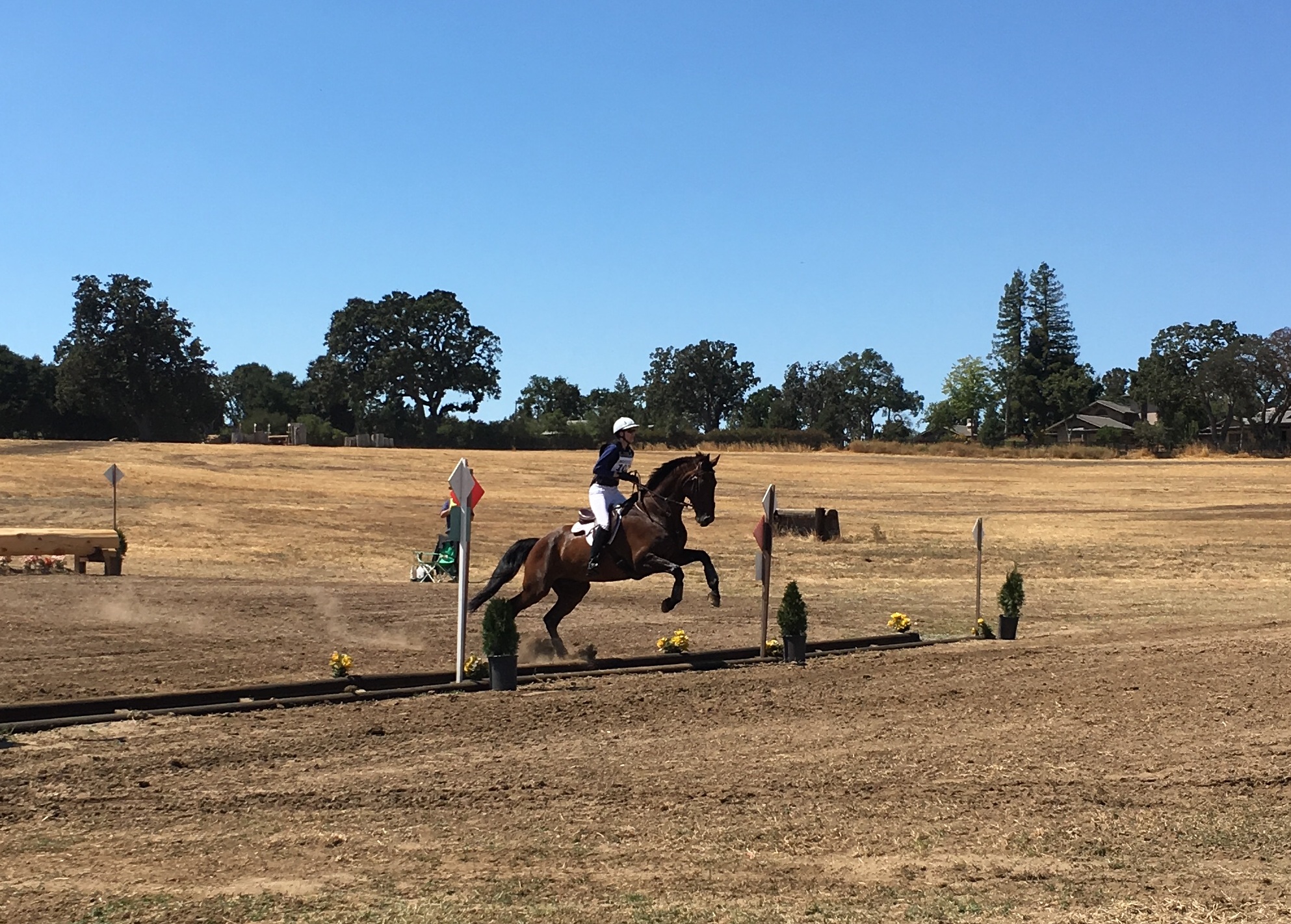 I also got to deliver drinks and chat with each of the jump judges as I was collecting their score sheets. It was a ton of fun. As a reward for volunteering, I even got a $50 gift certificate that I can use for future events. Of course, I’m not allowed to compete at any of those events, but maybe my husband can use it someday. I really enjoyed the volunteering experience and I hope to do it again. 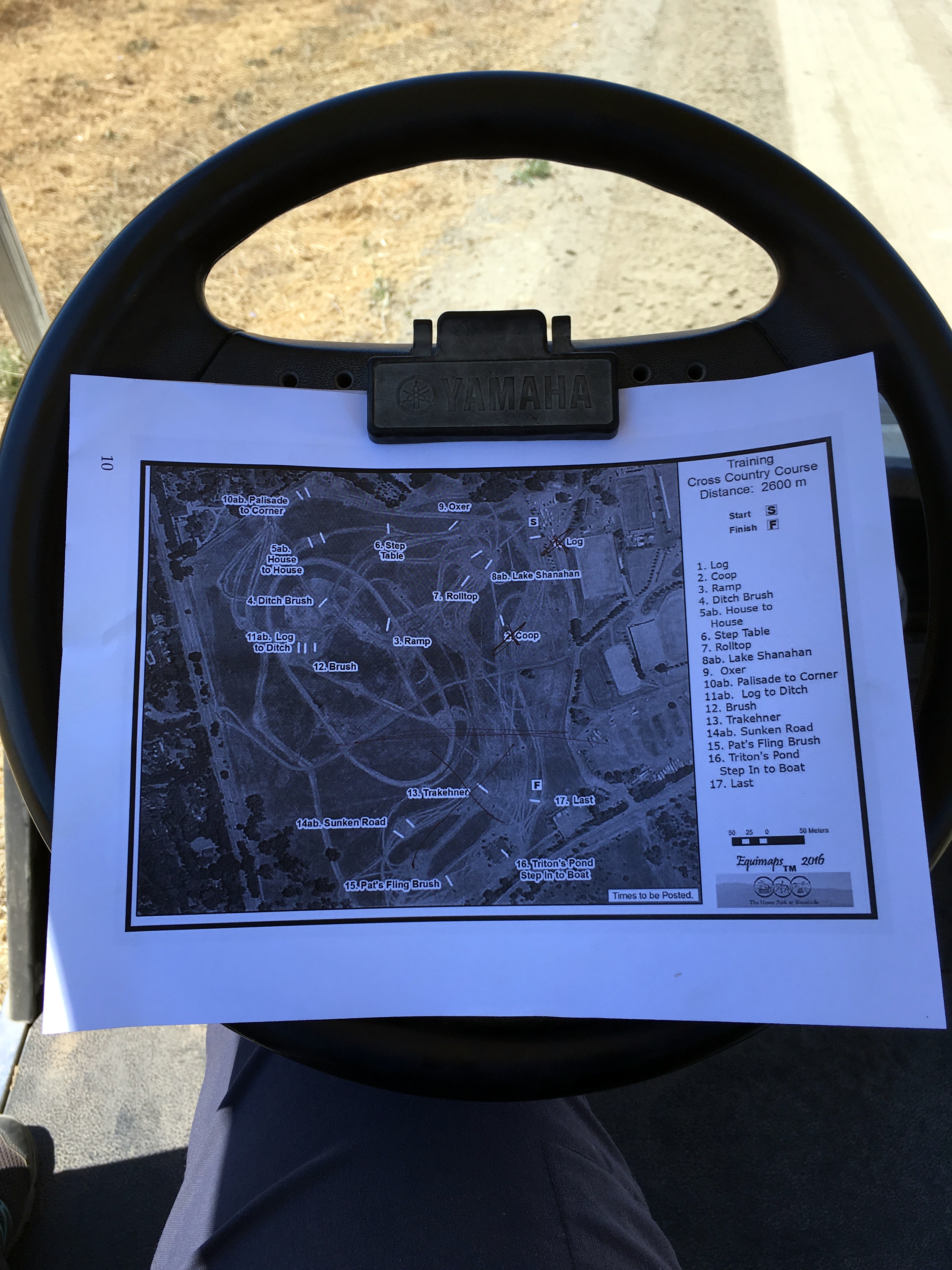