On Friday, my friend J asked if I wanted to go to the Menlo Charity Horse Show. Um, hells yeah. So I picked her up and we drove over. We managed to walk in without paying anything, which was cool. We watch the hunter ring for a little bit and then caught the end of the 1.4m JR/AO Jumpers. We wandered through the swanky vendor area and sat in some fancy saddles (I might actually give CWD a call for a saddle fitting as they promised it’d be free).

Then we went back to the jumper ring to watch the $10,000 Choose Your Own Line Jumpers. I’ve never seen a chose your own line class and it was really fun to watch. Everyone took a different course, some with more success than others. One woman had a really bad crash where her horse basically fell on the entire oxer and took the whole thing down. She got up and walked away though. 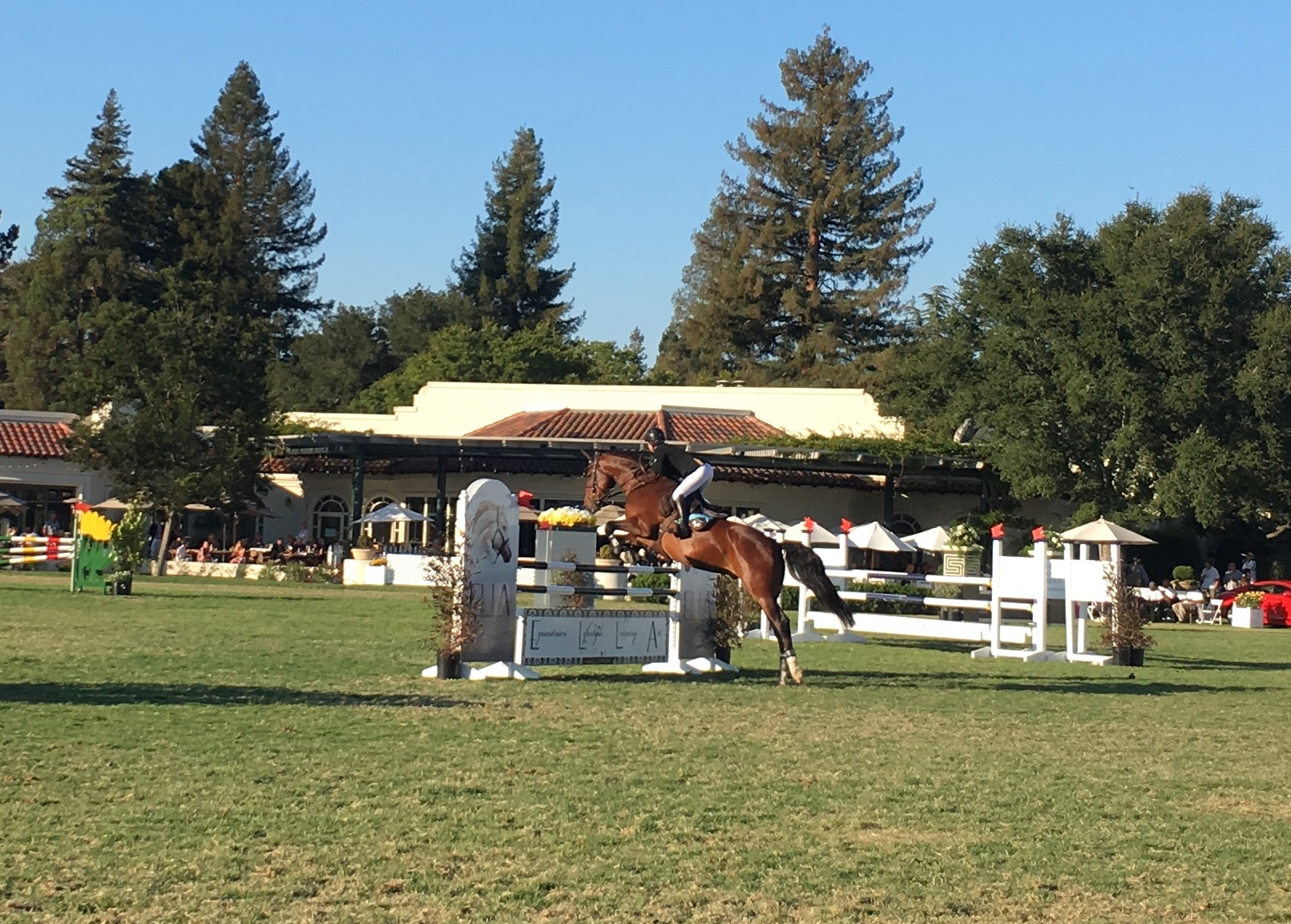 And it turns out L was there too so she joined us to finish watching the class and we all walked out together. It was great to see her again, though I forgot to get a picture of us together.

On Saturday, after volunteering and then going to the chiropractor (I wrenched something in my neck), I went to the barn. I really didn’t have the energy to ride, but I have a show coming up, so I dragged myself to the barn and made myself ride.I actually ended up riding with J (who is now Dijon’s owner) and one of the college girls. We rode pretty briefly though because it was hot even at 6 in the evening. 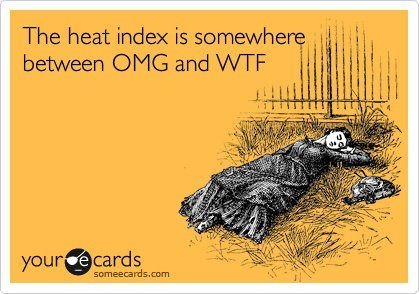 On Sunday, J wanted to ride at 1:30 and the heat was just terrible. It was so hot Nilla was sweating underneath her halter after having it on for less than 15 minutes while I groomed and tacked her up. 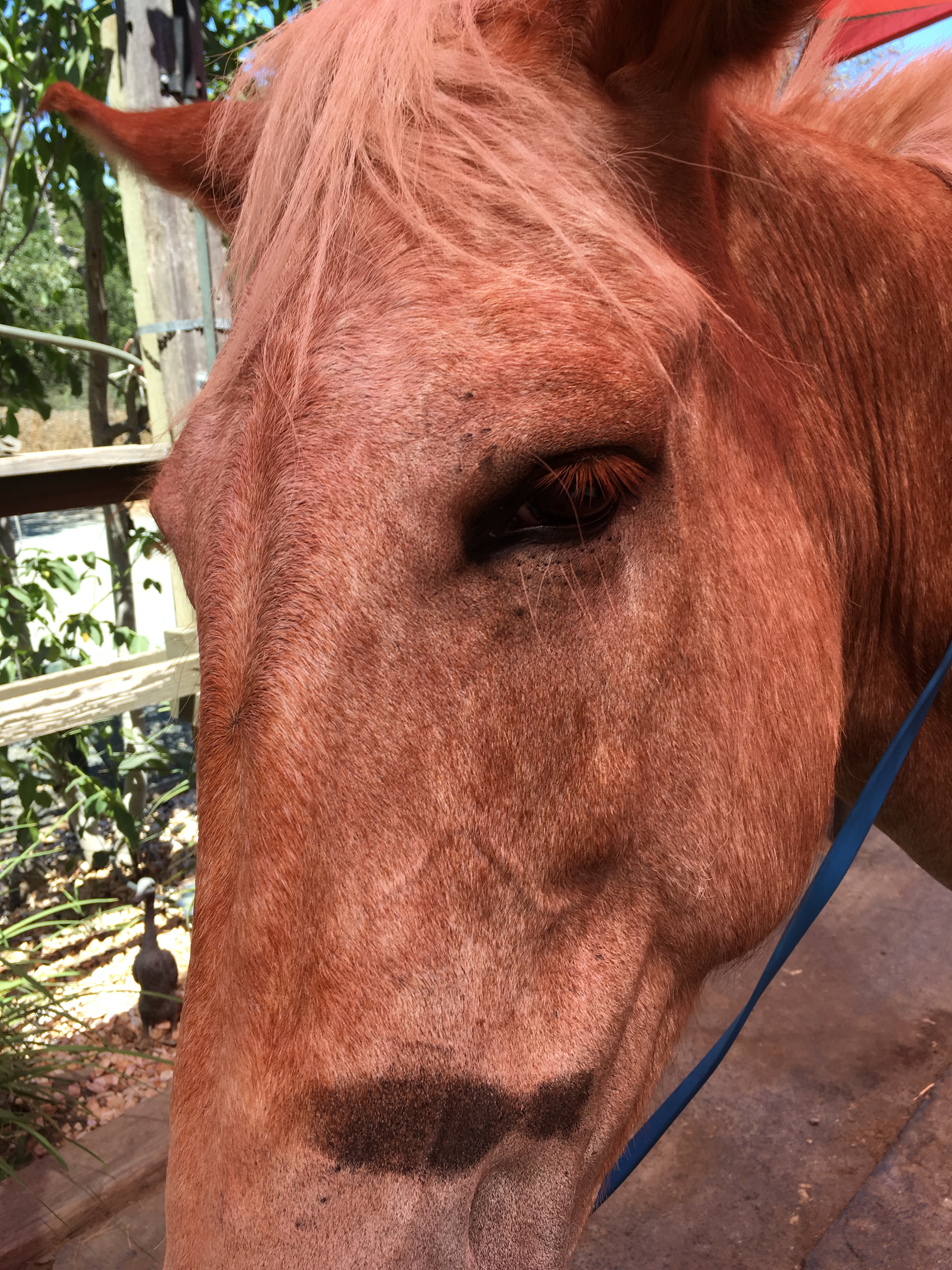 We rode over to the winery, which was mostly in the shade and I was still feeling pretty gross. When we got back, I still needed to ride Eugene as my husband is away. I’ve never actually ridden Eugene before, and he was fresh from having multiple days off so he was a bit of a pill. J had to ride another horse so we rode out in the other direction with the plan of going on those trails, but  the special needs camp was having an event complete with lots of screaming and the horses were just not having it. I probably could have got Nilla past it, but I don’t trust Eugene yet. I was also freakin’ hot so we just returned to the barn. 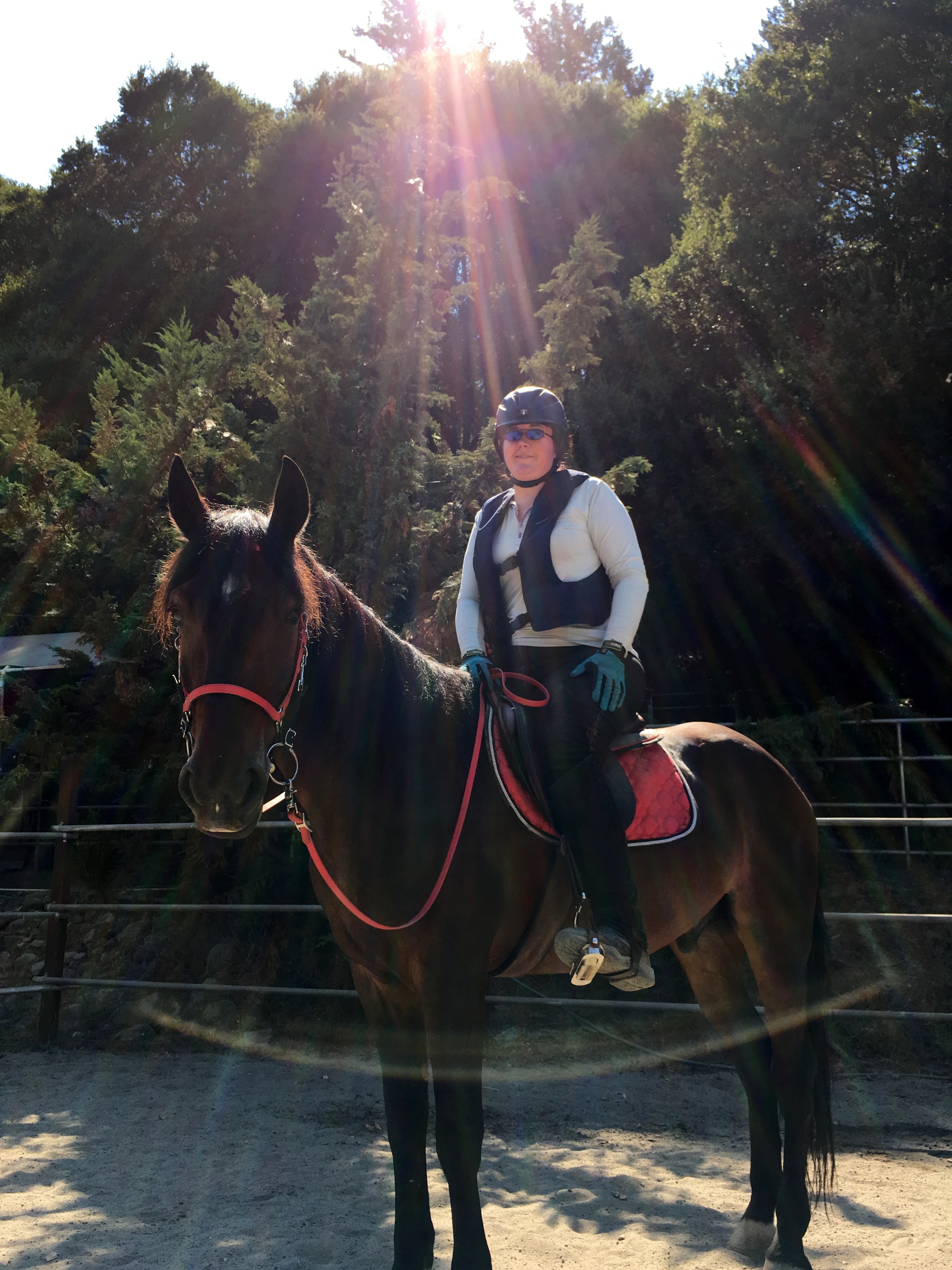 No big exciting shows, camping trips, or trail rides this weekend, but it was still a good, horse-filled weekend.