When I was writing my tongue-in-cheek post about 20 meter circles, I joked about pulling on the inside rein. Except, it’s not really a joke; I totally do it. A lot. And I shouldn’t because not only is it not helpful, it’s completely unnecessary with Levi. This horse was trained to move off of leg and not reins. It’s part of why I bought him. A Mustang that could do a drill team exercise in a rope halter with his rider carrying a flag was the right kinda Mustang for me.

I constantly have to remind myself to use my legs and not my reins. While Levi is certainly green, there’s actually a lot I think he has to teach me as a rider. And using my legs is something I really need to be doing with every horse I ride. I’ve ridden him a little without a bit, but always using a hackamore, sidepull, or bosal. I haven’t trusted him enough to give up reins entirely. 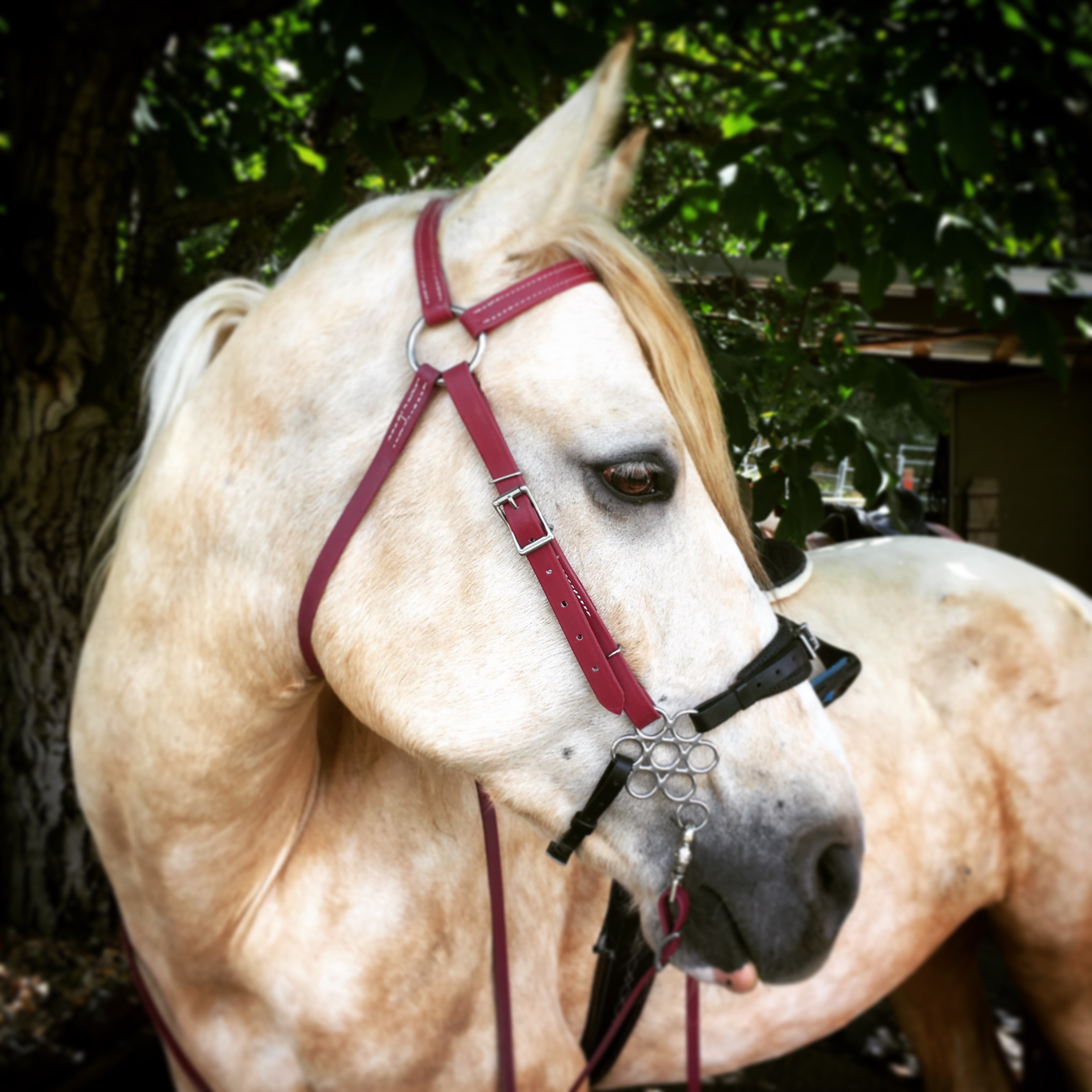 It’s been so hot here that my riding motivation is nearly nonexistant. I needed something to work on though so I decided to try giving up my reins. I was a little worried though so I started with baby steps and put a bridle on him for the first try. I looped the reins over the saddle pad and challenged myself to do an entire ride without touching them.

Not only was he great, we were actually better than with the reins. It’s still not perfect, but our circles more closely resembled actual circles instead Salvador Dali circle paintings. Who knew that not using your reins could result in better riding? (Shh!!! I know everyone knows this; I’m just slow to catch on, okay.)

The next step was to take his bridle off entirely. For our next ride, I started off with a halter and lead rope. The lead rope wasn’t wrapped around to make reins, I just wanted something in case I needed to get his head up. Levi still likes to buck when I ask him to canter and I wasn’t really interested in riding that out without a way to get his head up.

He was pretty sassy about cantering, but no actual bucking. I was going to take the lead rope off entirely, but then Dijon came up to the arena and Levi’s brain leaked out of his ears because OMG other horses exist. So we went down to the smaller arena where I took his lead rope off and rode him with just the neck strap.

This horse, guys. This horse. He’s just so much fun. We can’t trot a straight line and we’re not going to be winning any ribbons anytime soon, but he is fun. Every day isn’t perfect. Sometimes he’s a giant PITA. But the good outweighs the bad and I actually enjoy owning him. And that’s what horse ownership should be: fun!