A lot of non horsey people ask us why we own three horses when there are only two of us who ride. But I’m sure anyone reading this knows why you need three horses for two people; horses are basically injury seeking magnets. With three horses, if one is broken, you still have two to ride.

In the past, Dijon filled that role. I rode him a bunch when Nilla broke her leg and he filled in for Shasta before we got Eugene. This past weekend, Levi proved the point by filling in for Eugene at the eventing camp.

It turns out the Eugene managed to injure himself in two different and unconnected ways. He popped a giant splint on his front right leg and also tweaked his right stifle. He’s on 2 weeks stall rest to heal the splint and then a few weeks of rehab for the stifle. unluckily, we’re quite experienced in stifle injuries from managing Shasta’s for years. His is pretty minor so he should be back in full work by August. 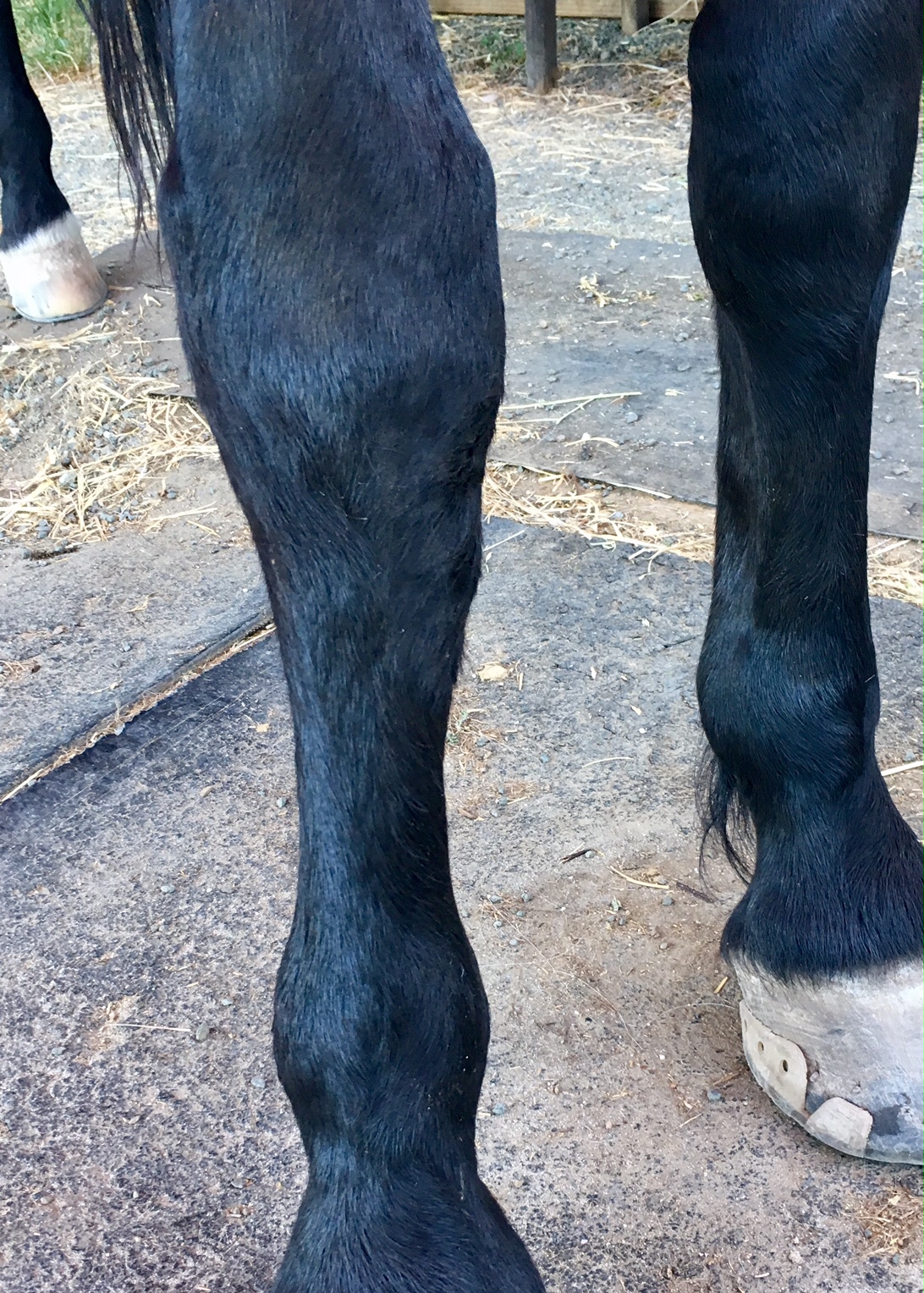 Look at that thing: it’s huge.

The vet wanted Eugene on softer ground and not running around like an idiot in his pasture chasing Levi so I swapped him and Nilla. He’s been loving her sand pit, but he’s pretty bored cooped up and has already thrown everything he can reach off their hooks and played with wood he found behind his stall. 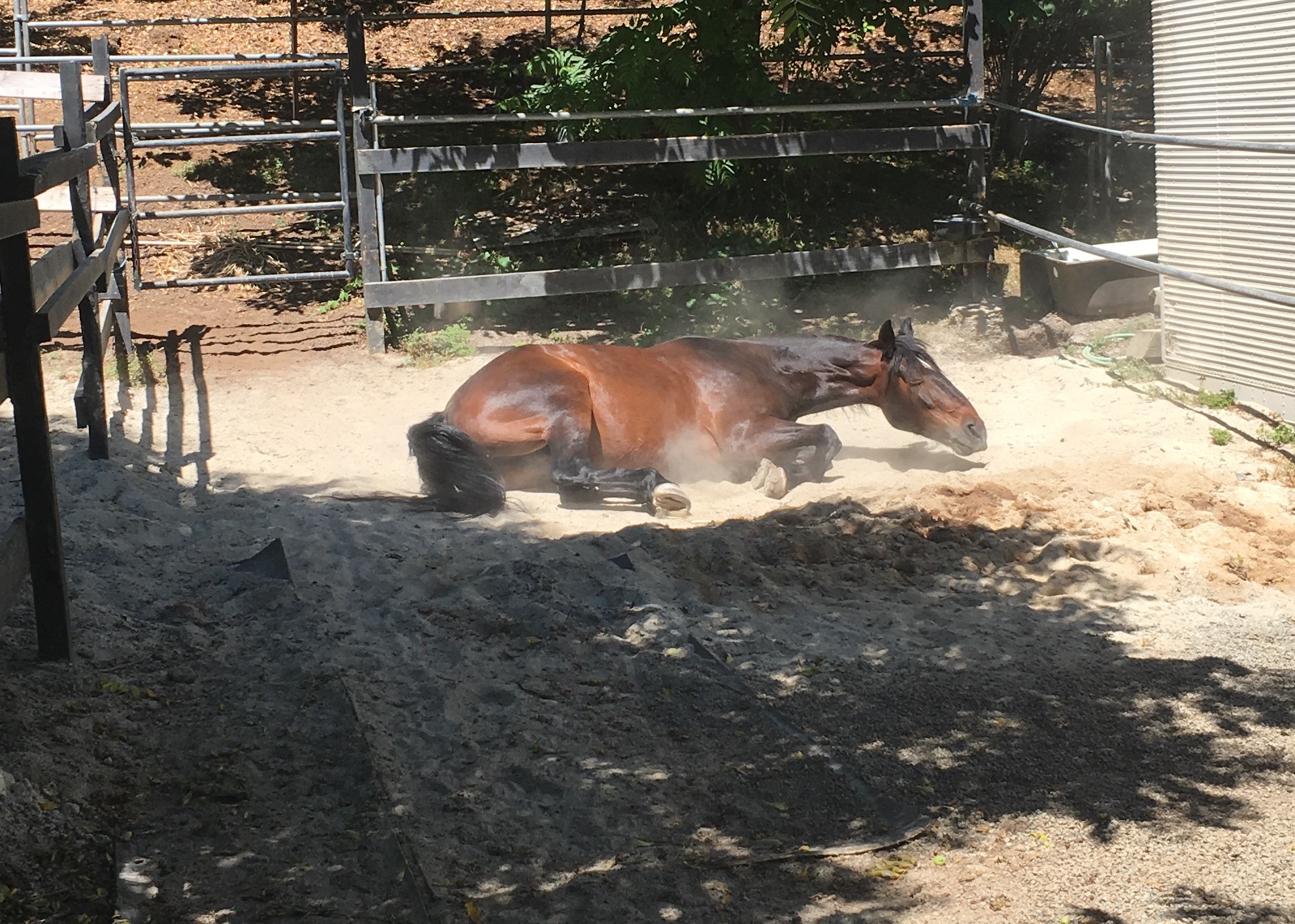 Nilla and Levi actually get along better than Eugene and Levi. Eugene and Levi play a lot, but Eugene won’t let Levi near his food and spends a lot of time running Levi around. With Levi and Nilla, we still fill both hay troughs, but they share the one and then move together to the next one. It’s so cute. I’m tempted to leave them in together, but Nilla would prefer to have her stall back.

These two get along so much better than they do with Eugene, but Nilla misses her sand pit. #mulesofinstagram #blmmustang #palomino #horsesofinstagram

Anyway, our three horse thing was really working out for us until Nilla decided she was jealous of all that attention Eugene was getting and decided to lame herself as well. But it was very important that she do this 6 hours after the vet had visited Eugene. And I mean that literally; the vet came Tuesday morning to look at Eugene, I pulled her out Tuesday evening to ride and found a giant lump on her fetlock. Who wants to share a vet appointment? Certainly not spoiled mules.

I found it really hard to capture the size of the swelling in a picture, but this gif sort of shows it.

Obviously, I was not happy to see this. I was kind of hoping maybe it was just a windpuff, but there was heat with the swelling. From looking at it, I was pretty concerned she’d torn her suspensory, she was surprisingly sound. You could see a bit of a hesitation if you looked for it, but nothing obvious. I couldn’t get my vet out until the next week, so we did some wrapping with DMSO/Furazone, gave her some bute and left her alone. It’s been ridiculously hot here so I wouldn’t have been riding much even anyway.

I finally got the vet out this week. Nilla was .5 to 1/5 lame on soft ground and 1/5 lame on gravel. Only very slightly positive to flexion. Equally as sensitive to having the other foot held up and having to keep all her weight on the bad leg for the minute. Not particularly sensitive to palpation although you could get a slight flinch if you dug around enough, but nothing wrong with the suspensory or any tendons. The vet actually showed me how to feel them. The swelling was beneath the suspensory and displacing it.

So off we went to x-ray the joint. Nilla was actually good for the x-raying. Stood like a rock without any drugs and we got nice clean x-rays. Nothing wrong with the joint itself, but it looks like the joint capsule was torn. Which is something I’ve never heard of. And as scary as joint capsule injury sounds, it’s apparently a pretty fast injury to heal. My vet said it’s the best soft tissue injury to have. She even said if I drained and injected it, Nilla could probably be back to work in a week. Well, joint injections kinda scare me and it’s stupid hot here and I’m going on vacation soon anyway, so I decided to go with the less aggressive treatment. She’ll get some time off and shockwave treatments. Nilla has to be off NSAIDS for a week before shockwave so our first appointment is next week and then 2 follow up sessions depending on how well it works. Fingers crossed.

For now though, the rule of three isn’t working out for us. Instead of a 3-2 ration, we’re going to be 1-2. And Levi has a leaser too so he’s really gonna be pulling extra shifts. Poor guy doesn’t know what he’s in for. 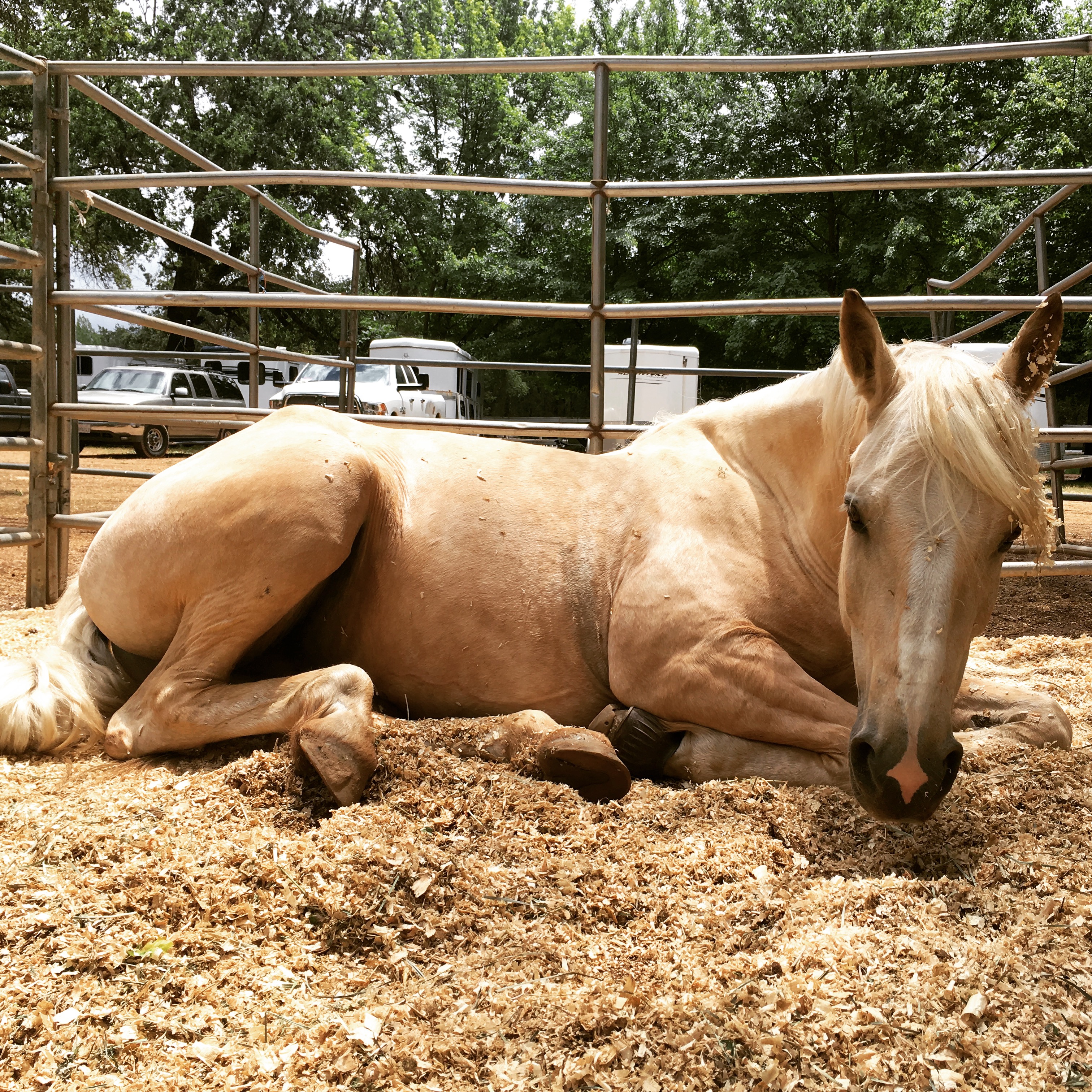 26 thoughts on “Rule of Three”