As we were free on Saturday, we decided to drive over and check it out. There were a lot of other people there checking it out too. Unfortunately, there were only 14 registered bidders for 10 horses. This sale was so poorly advertised I’m not sure how the people who did end up there knew about it. Unlike the Nevada sale that we got Eugene from, there was no brochure available online. No individual videos. No real information that a prospective buyer might want. I think it’s a lot to ask of people to just show up and want to buy a horse that they cannot sell for a year with no ability to learn anything about it in advance. I’m going to stop complaining about that and move on or else this entire post will be about my various critiques of the way the government has failed to handle the advent of the internet.

Anyway, we got to the prison around 9:30 and had to wait for a shuttle to take us to the ranch part of the prison. Unlike the Nevada prison where we could just drive in, this one required us to take a shuttle and also get wanded. 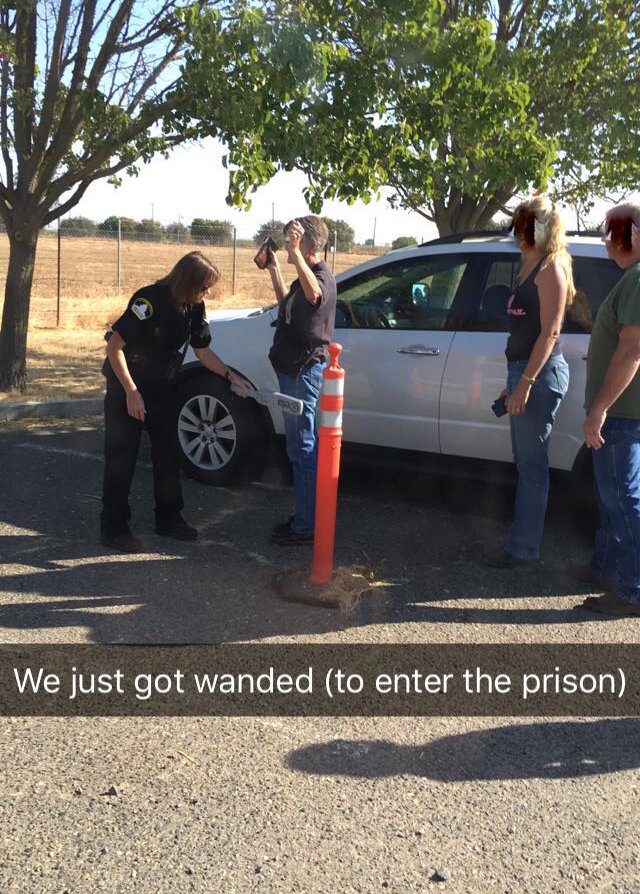 I sent this Snap to some friends and a few were concerned about why I was at a prison. To be fair, I didn’t realize it was going to be such a big deal. At the Nevada auction, we got to just drive in. 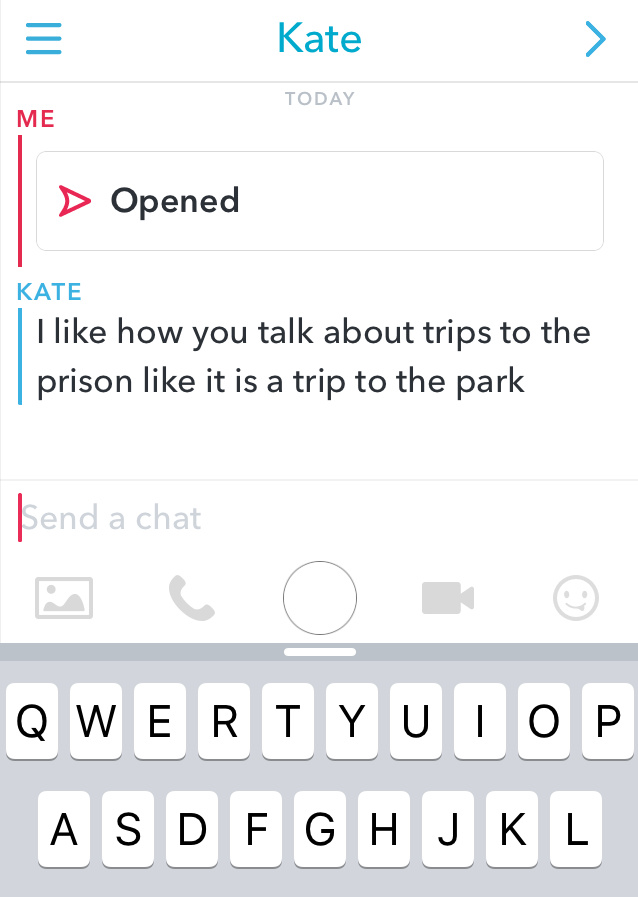 When we got there, the inmates were all mounted and doing a bit of a demonstration. The head trainer talked about the horses while each one was ridden into the ring.

Then there was a break where people were encouraged to get bidder numbers or buy things from the various booths. There were two shops run by the prison that do engraving and metal work. There was also a food truck and a booth with snacks. During this break, some of the mustangs were being exercised out in the pasture. One guy was herding two cows around. The mare was really cute and really into it. I was kinda far away so this shot isn’t great. 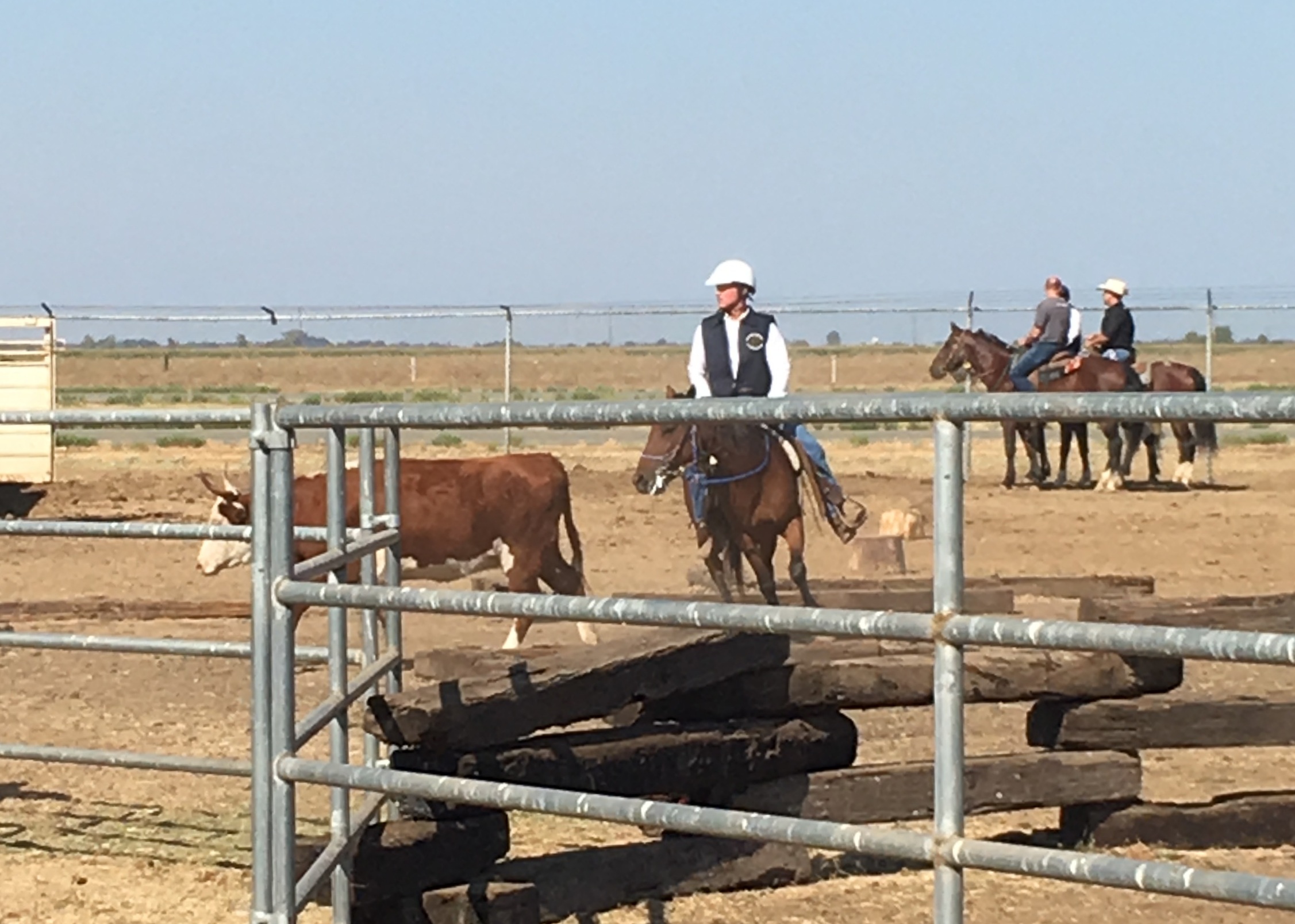 After that, the Mustangs were lined up in the corral for people to meet them and talk to their trainers. This was pretty popular.

Finally, the auction began. They went alphabetically and the first horse didn’t sell. It was really sad. She was the one who had been out cutting the cows. The prisoner got off to show how he could pick all of her feet and she was totally relaxed. She was great, but tiny at 14hh which might have been why no one bid. Poor mare. Poor prisoner who trained her. I just felt terrible about the entire thing. 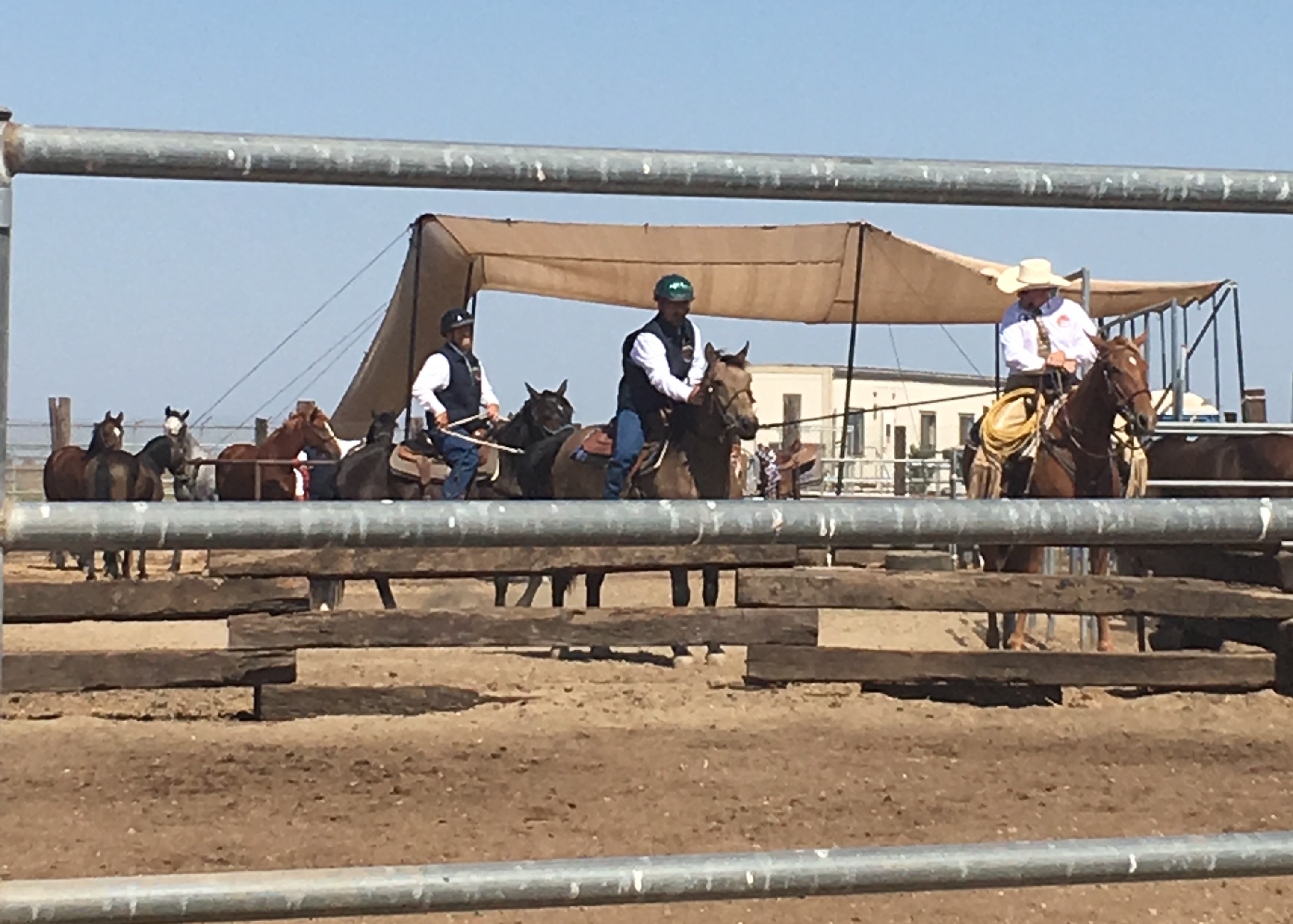 He was short too, but it just goes to show what color will do. Plain bay mare that does cattle work and can actually be handled? No sale. Pretty buckskin that needs to be literally dragged into the arena? Sold. As much as I’m completely frustrated by that, I also shop for color so I can’t blame people. I really feel like these programs should capitalize on that knowledge and pick the taller, prettier mustangs for the training programs. There are more than 45,000 Mustangs in holding pens across the US. They’re not all going to get adopted. If these various training programs are only going to sell a few hundred horses in a year, why not pick the good looking ones?

Sidenote: I do not want to get into a debate on the BLM. Discussing the BLM’s Mustang management program is very controversial. In fact, the videos posted by the Sheriff’s Department regarding the sale are just plastered in complaints about the BLM. I have my own issues with the BLM and their Mustang management program, but I am not interested in having that debate here. If you comment on this post with complaints about the BLM I will simply delete your comment. You’re entitled to have your opinion. This blog is not the place for it. 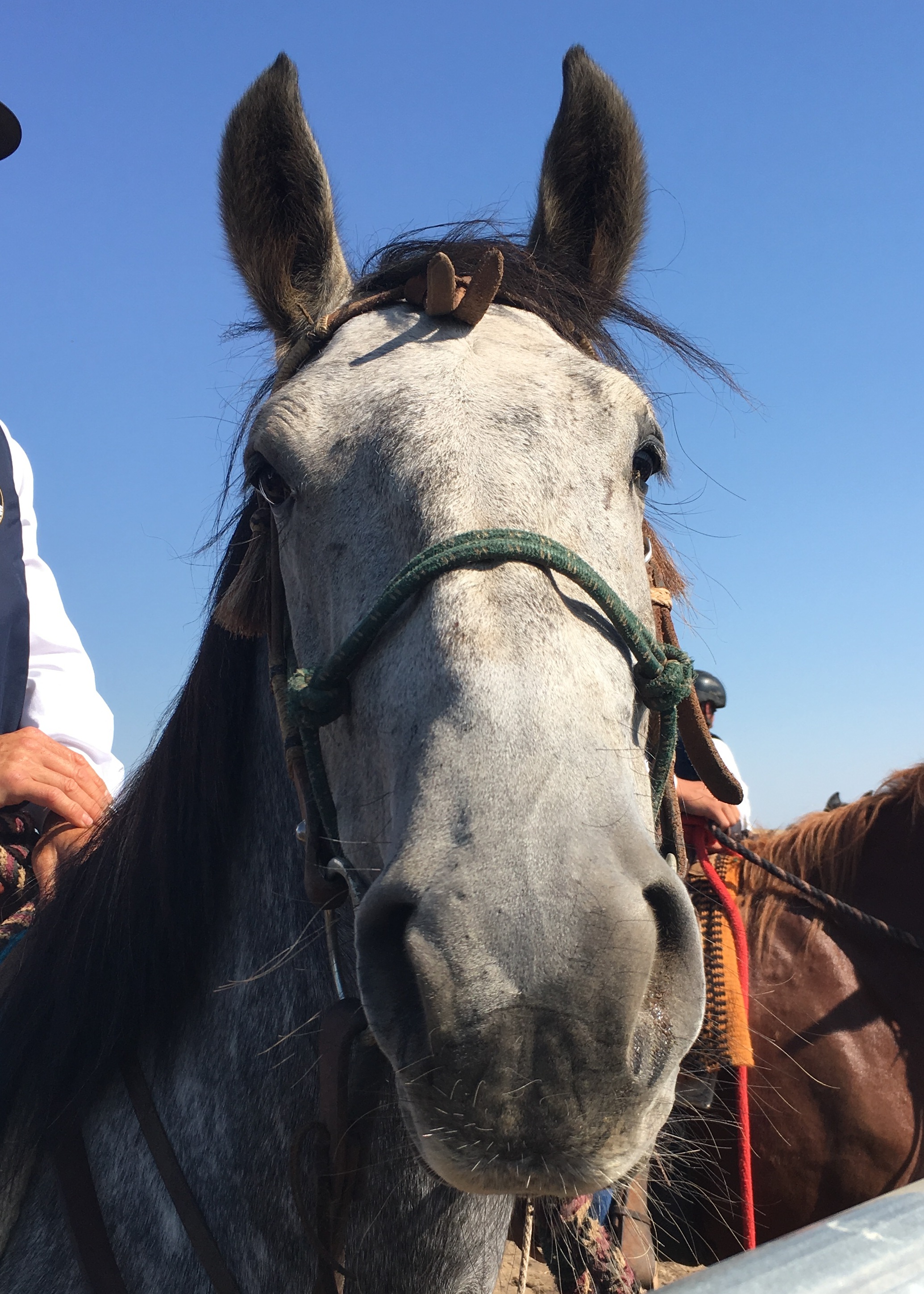 For all that I think the BLM could do different/better, I do appreciate these training programs. We got Eugene out of the Carson City training program and he’s great. If I ever decide to get a Mustang, I’d probably get one from Carson as well. I do think the horses at the Sacramento prison were overall less well-trained than the Carson city Mustangs. However, they went for a lot less. $300 for a green-broke cow horse is a pretty good deal.

More than what they do for the Mustangs, I think these programs are great for the inmates. If you look at the line-up shot, two of the riders don’t have helmets on. They’re actually previous inmates who are out now and just came back to help with this event. There were also two inmates still in the program who were eligible for home detention/parole and chose to stay in the prison because they wanted to complete the horsemanship program and one of them is planning to go to farrier school. The recidivism rate is apparently much lower with prisoners in these training programs than compared with the general prison population. If only every prison could offer horsemanship programs.