I keep resolving to not go to hunter shows anymore, but then I get distracted and end up at a hunter show. 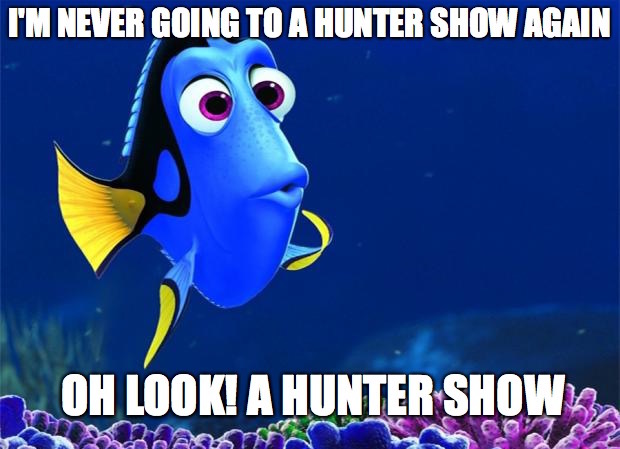 This isn’t to say that I dislike hunters or think you’re dumb for liking/doing hunter shows. Whatever sport you enjoy is the one you should do. I am not trying to put anyone down and I am 100% sure someone can and has done the same sort of post on why they hate eventing or why they hate endurance. I get it; everyone likes different things. And I love that there is so much variety in equestrian competition. But hunter shows are not for me and this is why.

Hurry Up and Wait

I don’t get this. If you were entered in this flat class and you’re not in the ring, you should be scratched. Sucks to be you. Why 11 competitors have to walk around in the baking hot sun for 10 minutes while the show organizer runs around looking for the 12th competitor is beyond me. Scratch them, screw them, screw everything, let’s get this started.

And the endless waiting at the in gate for the jumping classes is beyond me. In theory, this could be run like dressage: with times. It’s one person in the ring for x amount of time. Do the math, assign the times, move on. But no. Instead there’s this craziness: 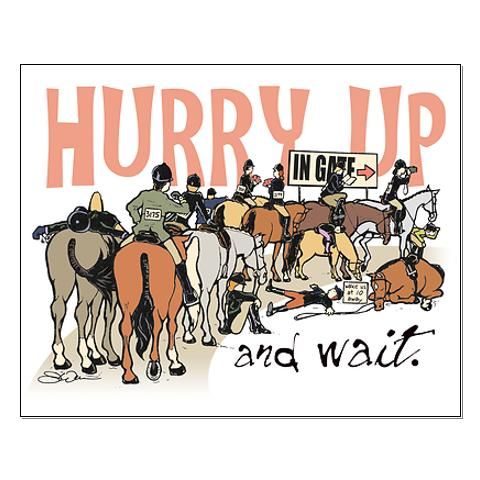 Inability to shut up and ride

I am actually very careful to move Nilla away if a horse is spooking at her. I have had that happen like twice ever. I once had to walk her to the far end of a field at an endurance ride. However, most horses are not scared. Some are curious and might want to stare and be distracted, but that’s your cue to ride, not cry to your trainer about the scary mule.

Now, I’m the first person to admit I’m not a hunter rider. And Nilla is not a hunter style mule. I don’t go to shows thinking we should win all the ribbons. But I do expect that in a hunter class, if one of the horses is so insane that it is jigging instead of walking, has to stay on a small circle on the inside of the ring because it can’t be near the other horses, and twice causes the judge to call for a walk two seconds after canter starts because it was bucking, that that horse will not get a ribbon.

Also, if it’s a freaking schooling show and the rules for your division specifically say you can trot between fences, it’d be cool if the judge didn’t mark down for trotting between fences. I actually asked the judge afterwards and she confirmed she thought trotting was not allowed. I had to pull out the show premium and show her. Needless to say we did not place in the jumping classes.

In the future, I’ll be sticking to eventing and dressage. I could see going to some H/J shows and just doing jumpers, where the hurry up and wait would persist, but at least the judging is objective. But really, I like class times. And I prefer the “get it done” attitude of eventers.

Is there an equestrian sport you particularly dislike? Or maybe one your horse hates? I’m sure I could do an entire post on why Nilla hates dressage.

37 thoughts on “Why I Hate Hunter Shows”